Home » SLAJDER » Plaza Athénée: The Most Romantic Hotel in Paris

When in Plaza Athénée, a luxurious five-star property within the golden triangle of Paris, despite feeling secured and pampered with all the commodities and luxury, you don’t feel detached from the city in any possible way. On the contrary, enjoying this fabulous hotel is like enjoying Paris itself – with every minute spent inside its vertical garden-covered walls, you feel more and more enchanted by the vibes that Plaza Athénée transmits from the moment you enter. 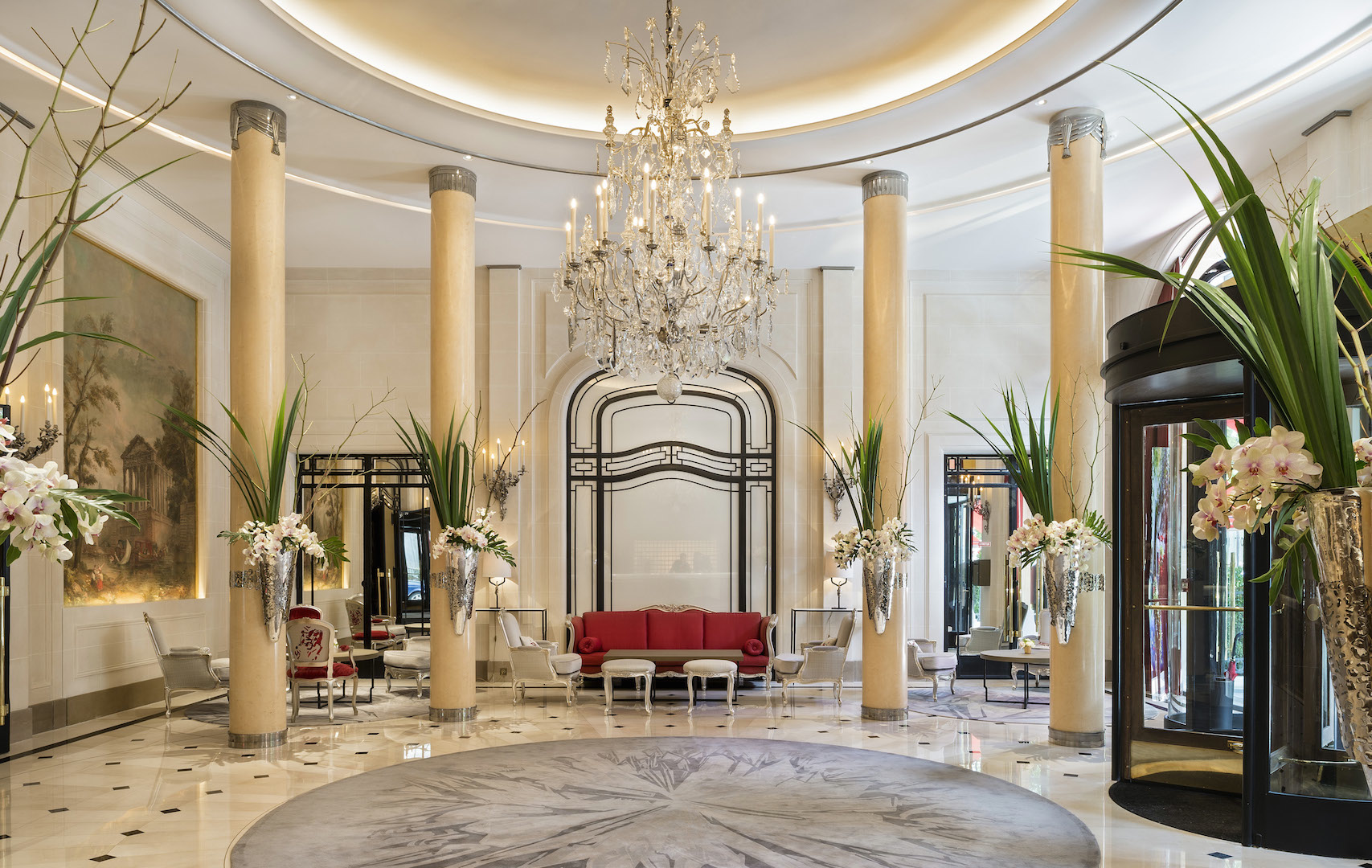 Plaza Athénée’s story begun on 20th of April 1913, when hotel was officially opened. It is ideally located on the prestigious Avenue Montaigne, the home of Parisian Haute Couture like Dior (established in 1947 next to the hotel), Louis Vuitton, Givenchy, Prada, Ralph Lauren and just few steps away from Champs-Élysées. In 2014, after a year-long, and a 200-million-euro worth expansion and renovation, this palace hotel was ready again to claim its reign among Parisian luxury hotels. The renovation integrated additional buildings, created six new guest rooms, eight suites, a ballroom and two event spaces.

The new, refurbished interior is now lighter and even more luxurious than before, and redesigned Alain Ducasse restaurant now radiate with more contemporary, but still opulent charms. A newly designed interior by Patrick Jouin and Sanjit Manku, features a stunning crystal ceiling, and silver booths meant to evoke service bells. The majority of the hotel is classically French, except for the seventh and eighth floor that are done in Art Deco. There are 208 rooms and suites in Plaza Athénée that feature classically Parisian décor with many details that are there to remind you of the hotel’s rich history and of the very nature of this palace hotel. Our Junior Suite was a real home for us, elegant, charming, and sophisticated. It is decorated with a period French furnishings, and has three Art Nouveau balconies with red window awnings and matching geraniums flowers. Surrounded by extremely pleasant and quiet environment it was a place that we enjoyed with all the senses by not usurping any of them. 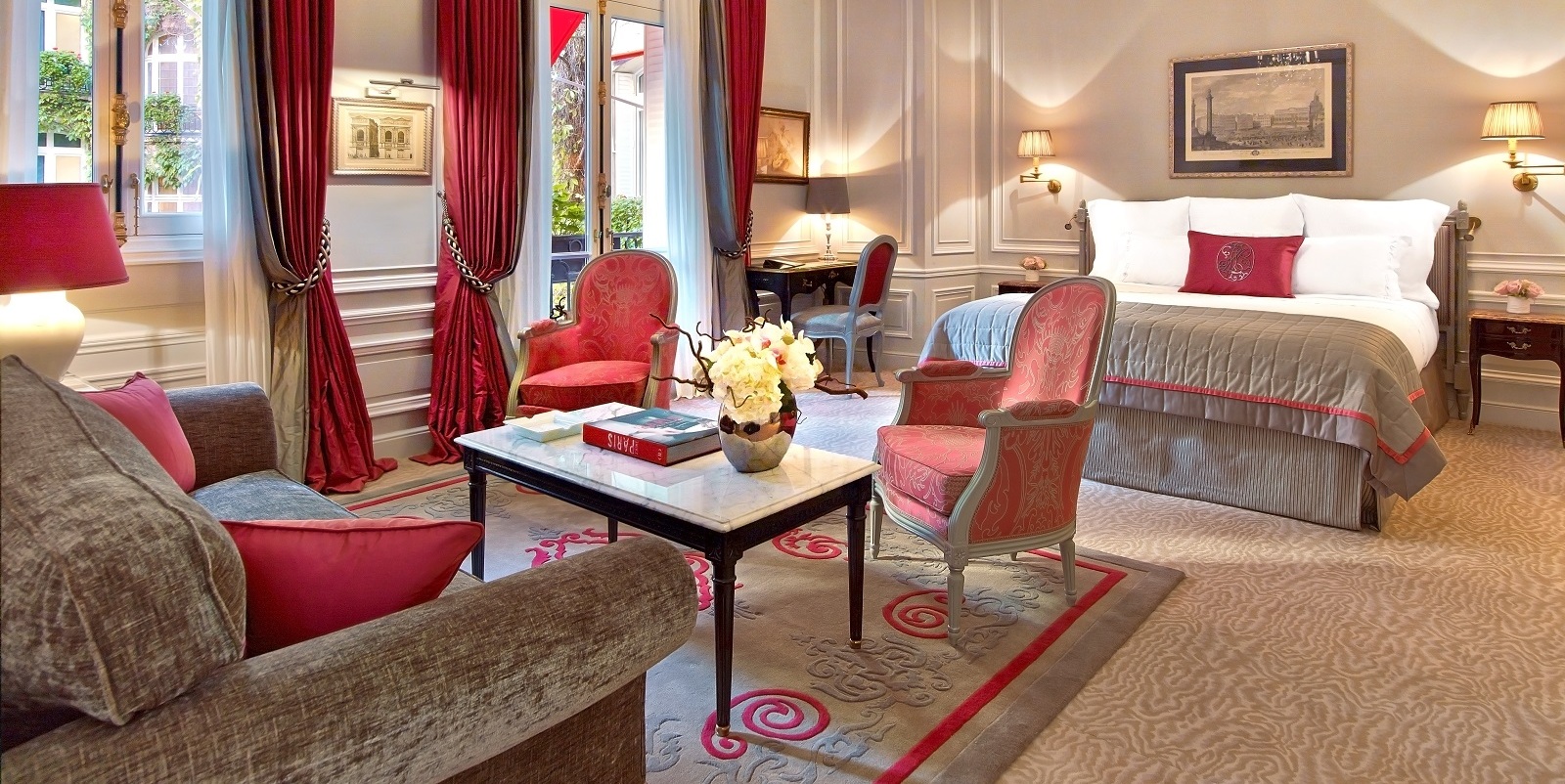 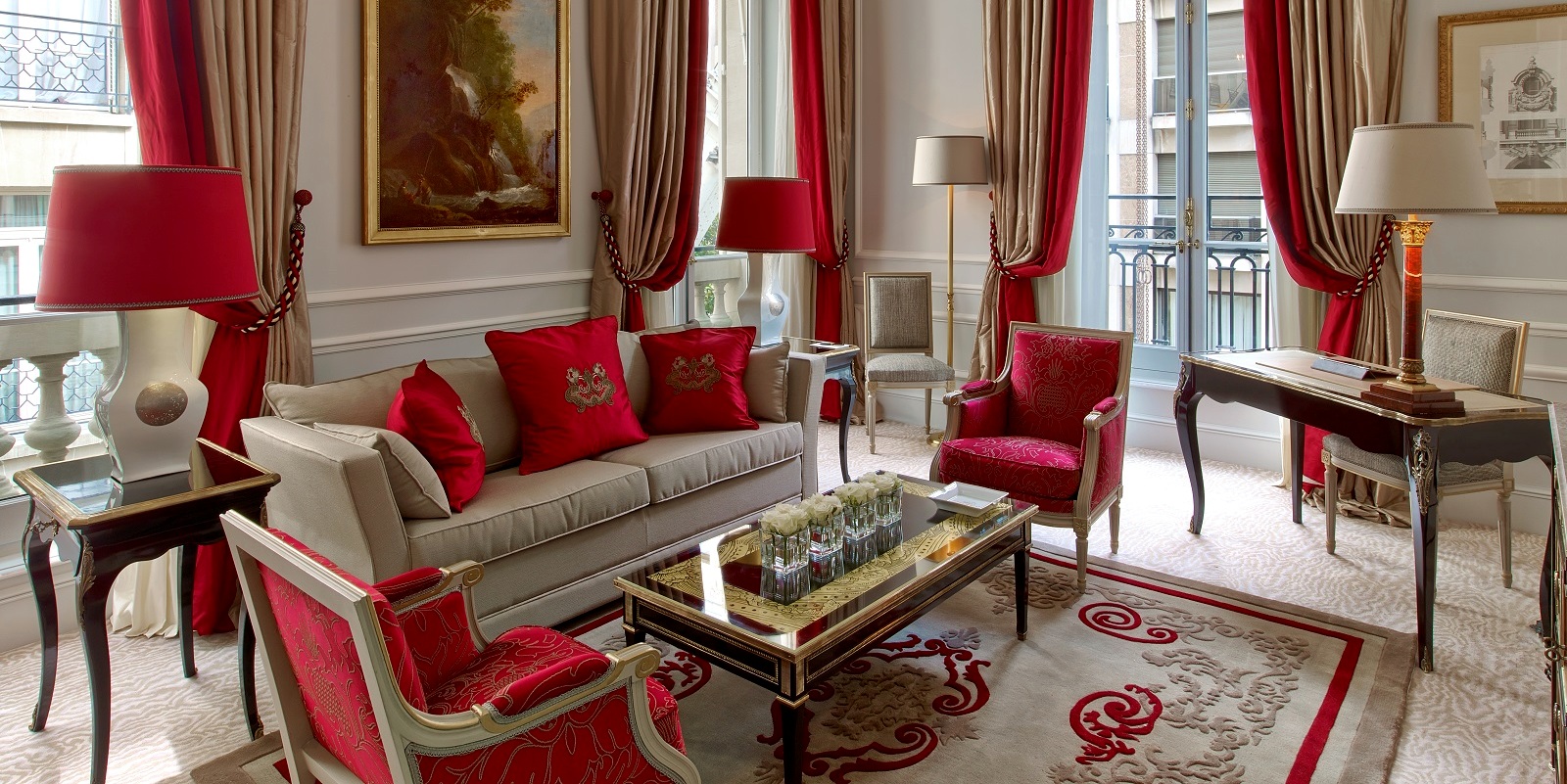 Every suite is unique and different in size and design and you may choose from a stylish Art Deco suite, or one classically decorated with silk, velvet and rare wood. As the name suggests, Eiffel Suites have romantic views over the tower (including from the shower in the Signature Eiffels) and the Royal Suite is the hotel’s piece de resistance, with four bedrooms, one-off antiques and spacious bathrooms in head-to-toe Veronese marble. 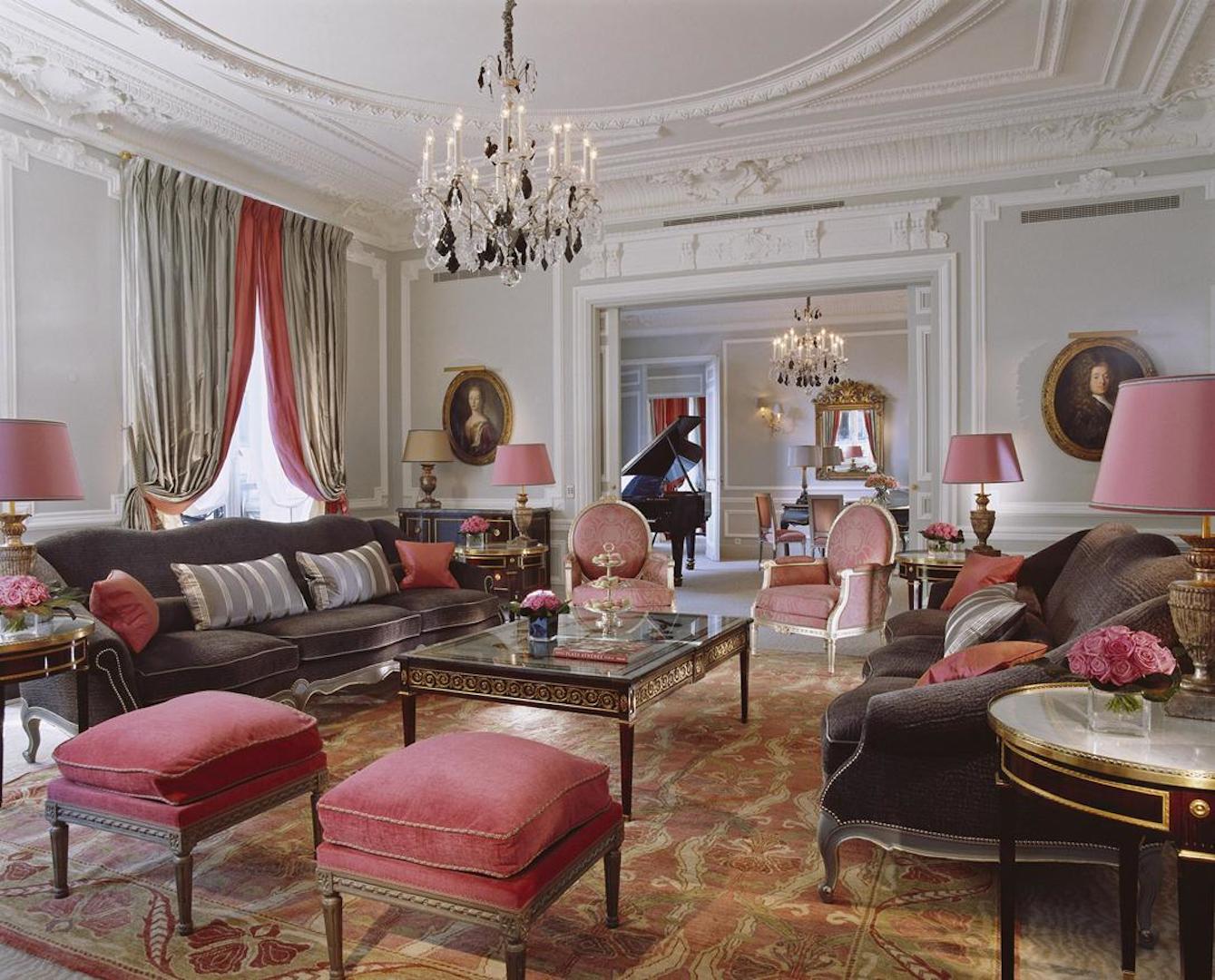 Plaza Athénée’s Eiffel Suite is something that has to be seen in person to get fully appreciated. One of the most panoramic views of Paris can be admired from this suite. The window which looks most directly upon the tower is embellished with a silver frame, because, it is a work of art. 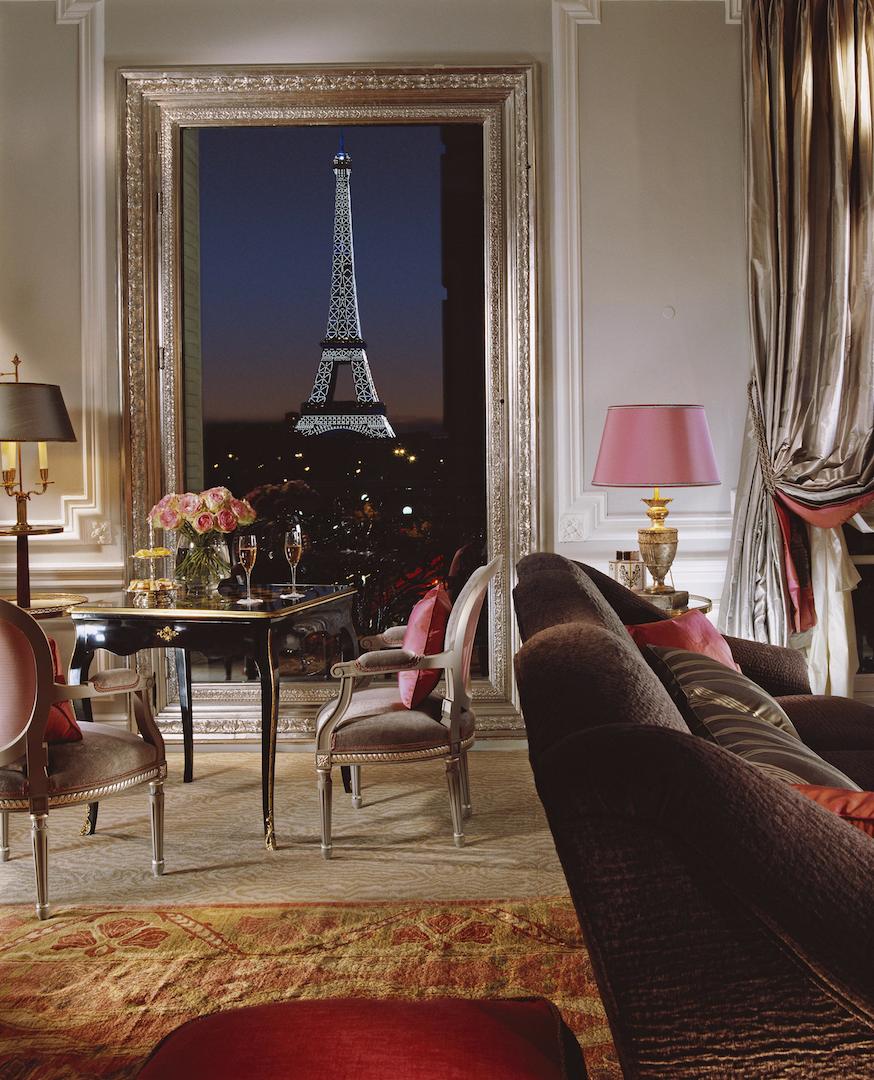 A stunning view of the Eiffel Tower

The Plaza Athénée hotel has five restaurants and a bar, providing different atmospheres to suit all moods. We were delighted by the one of the most prestigious franchises, a famous Alain Ducasse restaurant. For those less informed, Monsieur Ducasse is one of the greatest chefs of all-time and first one that owned three restaurants with highest possible culinary rating, the unbeatable three Michelin stars. Alain Ducasse represents the naturalness cuisine, inspired by the fish-vegetables-cereals trilogy, with the help of his chef of Romain Meder. Turning his back on traditional presentation, wines are now classified by generation. 10 years, 15 years, all the way up to 55 years! 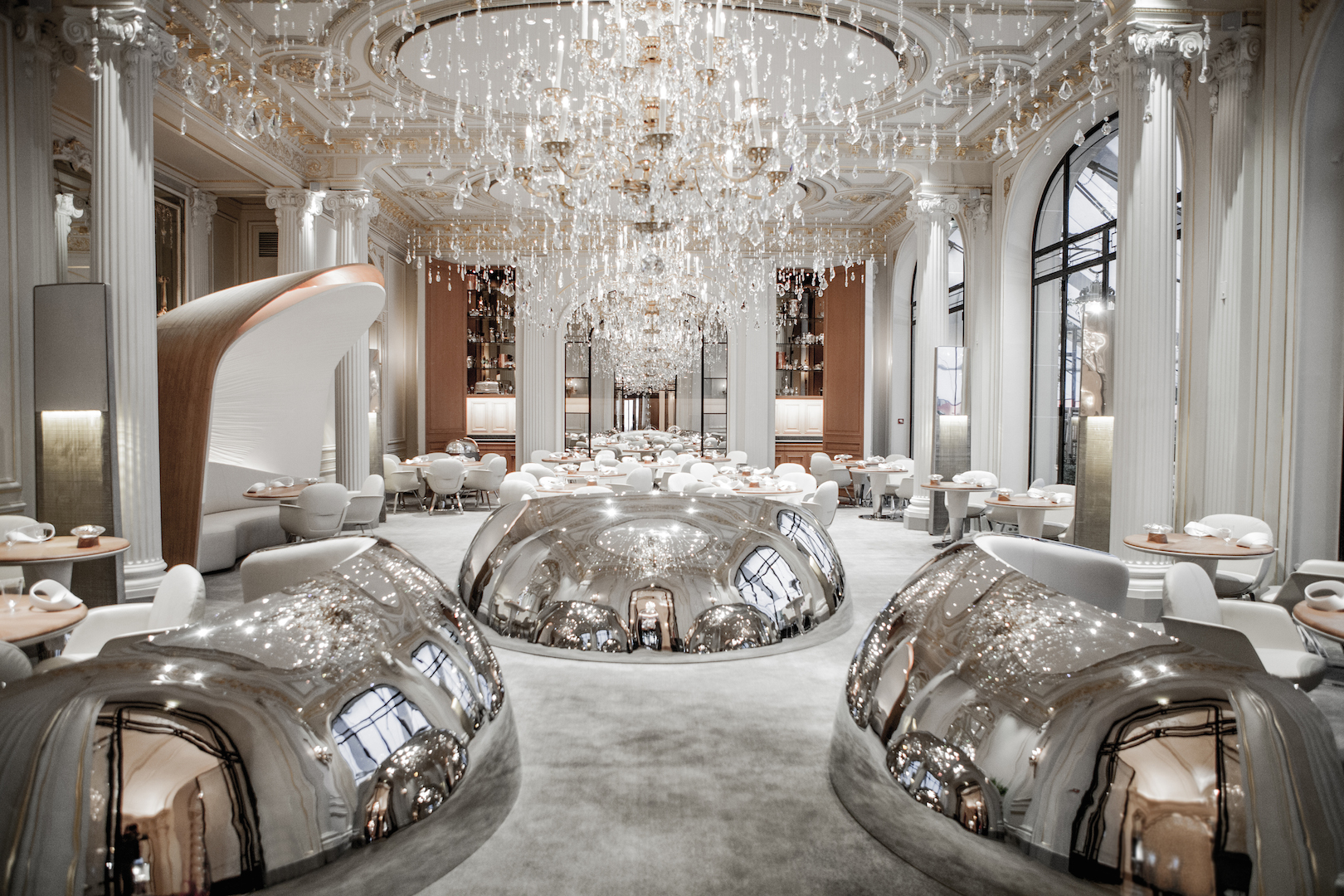 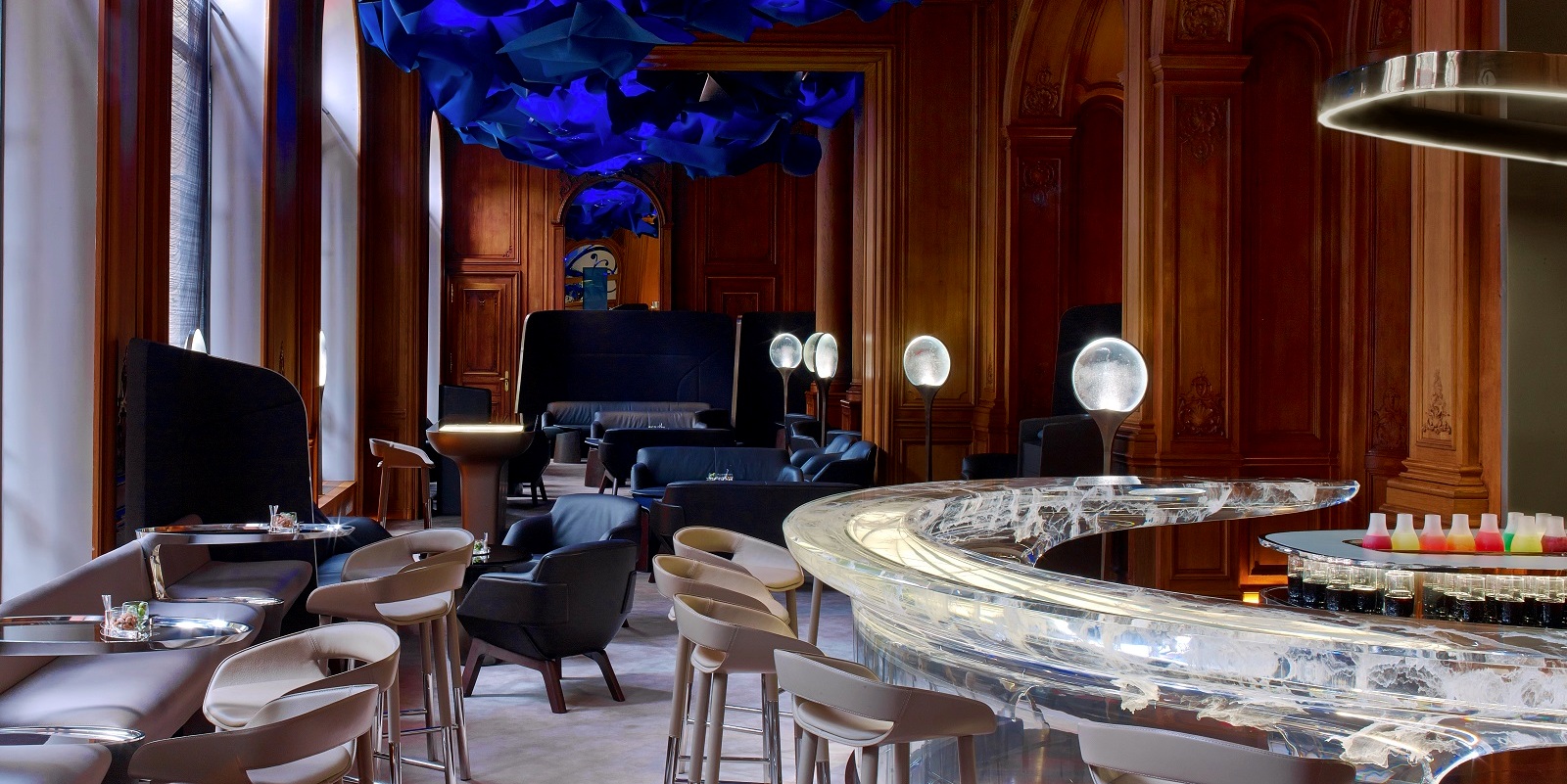 After you’ve set foot on the same floor as Yves Saint Laurent, Naomi Campbell and Bono Vox, you can recover in a magical setting. We thoroughly enjoyed hotel’s exclusive Dior Institute, an amazing spa with a fitness center that offers a wide selection of treatments, as well as sauna and steam baths. As a fitness aficionado, I couldn’t but notice that the gym is wonderfully equipped with a variety of modern machines that came very handy in the attempt to lose some calories, acquired through classical Parisian food-escapades. 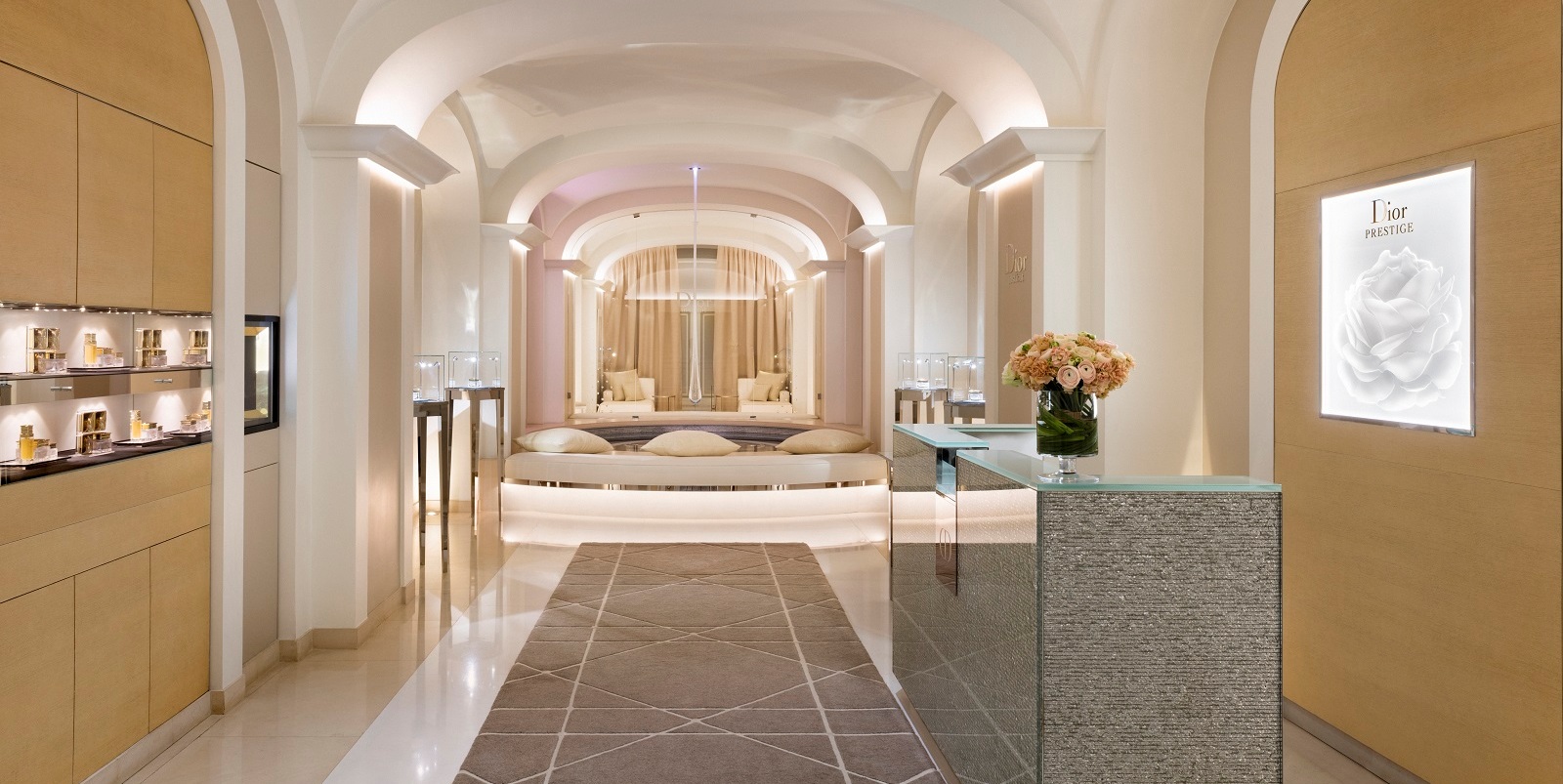 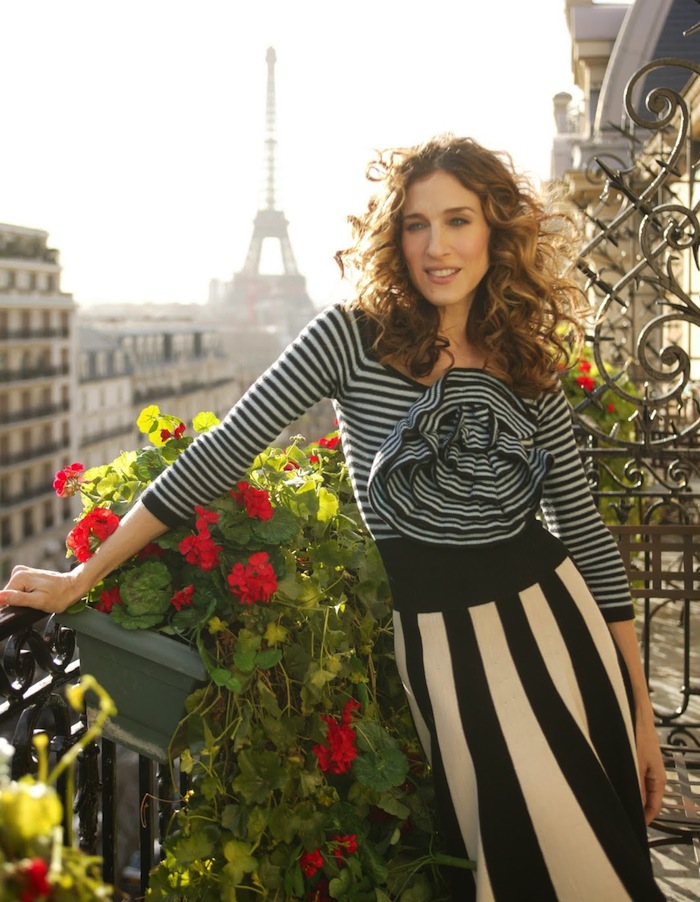 This is the place that perfectly represents the spirit of the City of Lights. Yes, we can say that in a way, an ethereal matter known as “Parisian chic” became embodied in the “Frenchiest of the French” hotel of them all, the magnificent Plaza Athénée!

We would to say special thanks to François Delahaye, General Manager of Plaza Athénée Paris for making our stay possible.