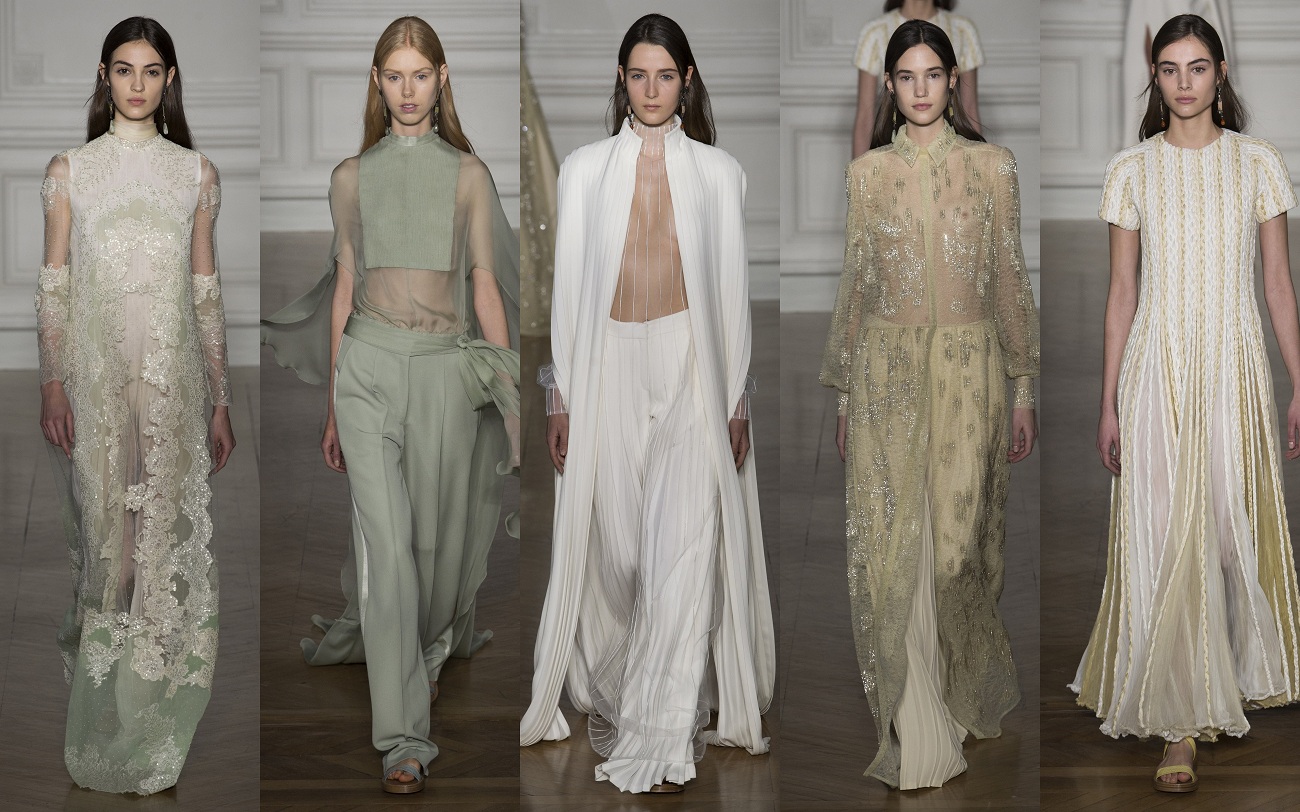 Pierpaolo Piccioli, a longtime co-creative director of Valentino, presented his newest collection for the Italian luxury house, making it his first solo effort in the haute couture. This time, his inspiration took him to the Pantheons of ancient Greece and Rome. For more than a half of century, the House of Valentino is worshiped for its celebration of femininity, and Pierpaolo Piccioli recreated this idea in sophisticated, delicate and fluttering gowns and capes for all the women that want to feel divine just like Greek goddesses. 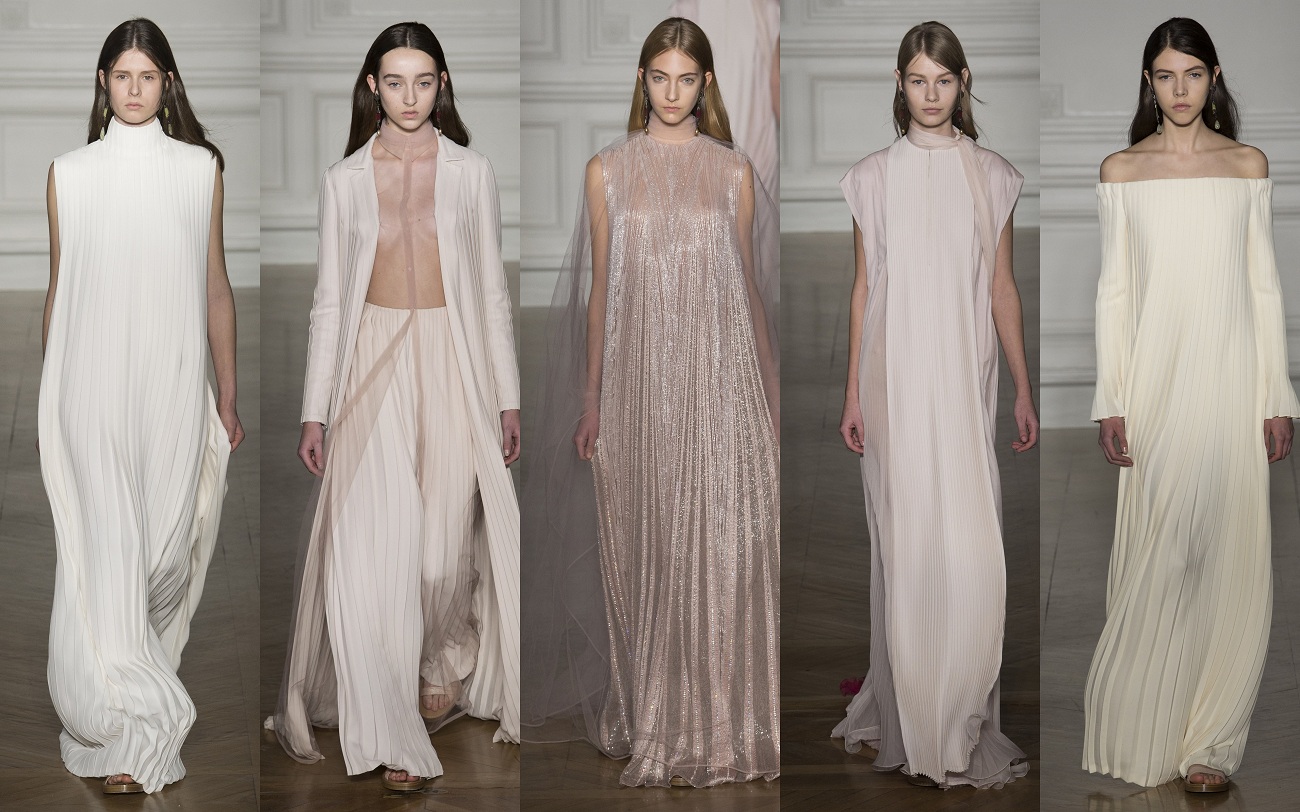 On the runway, models glided effortlessly, dressed in a dreamy gowns, pleated or silky, pure and simple in form. Long chiffon scarves that trailed behind them just punctuated the perfection of the motion, while cloaks gave the overall sense of divine sensuality. Greek sandals were the logical choice for the footwear, given the complete visual identity of Piccioli’s debut couture collection. 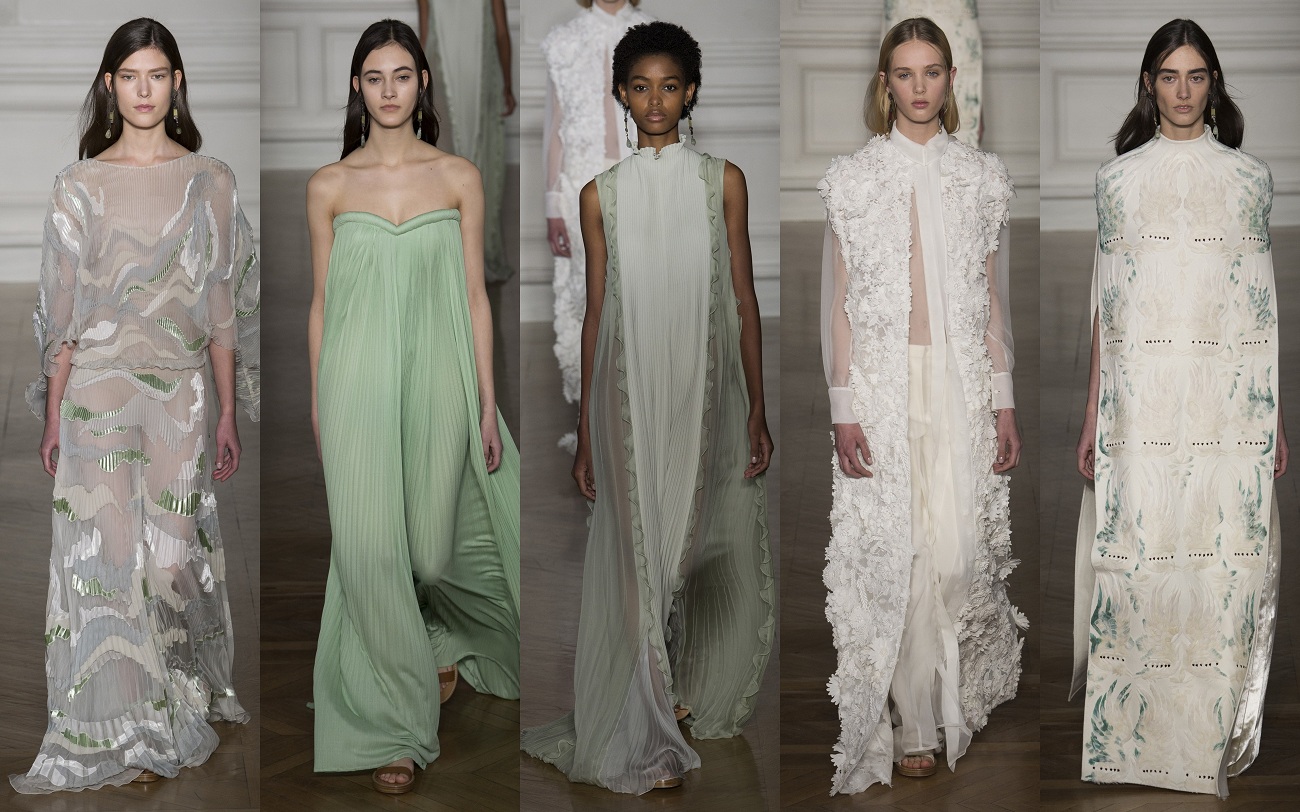 Maison Valentino is praised for the technical perfection in execution and couturier seamstresses at Valentino’s Roman ateliers showed once again great attention to details. Just look at the micro fan-pleating, compiled together from segments of silk and jersey, or tight braiding and floral appliqués. These were the works of true artisans. The colors in the collection were subtle, with only occasional flashes of Valentino’s trademark red. 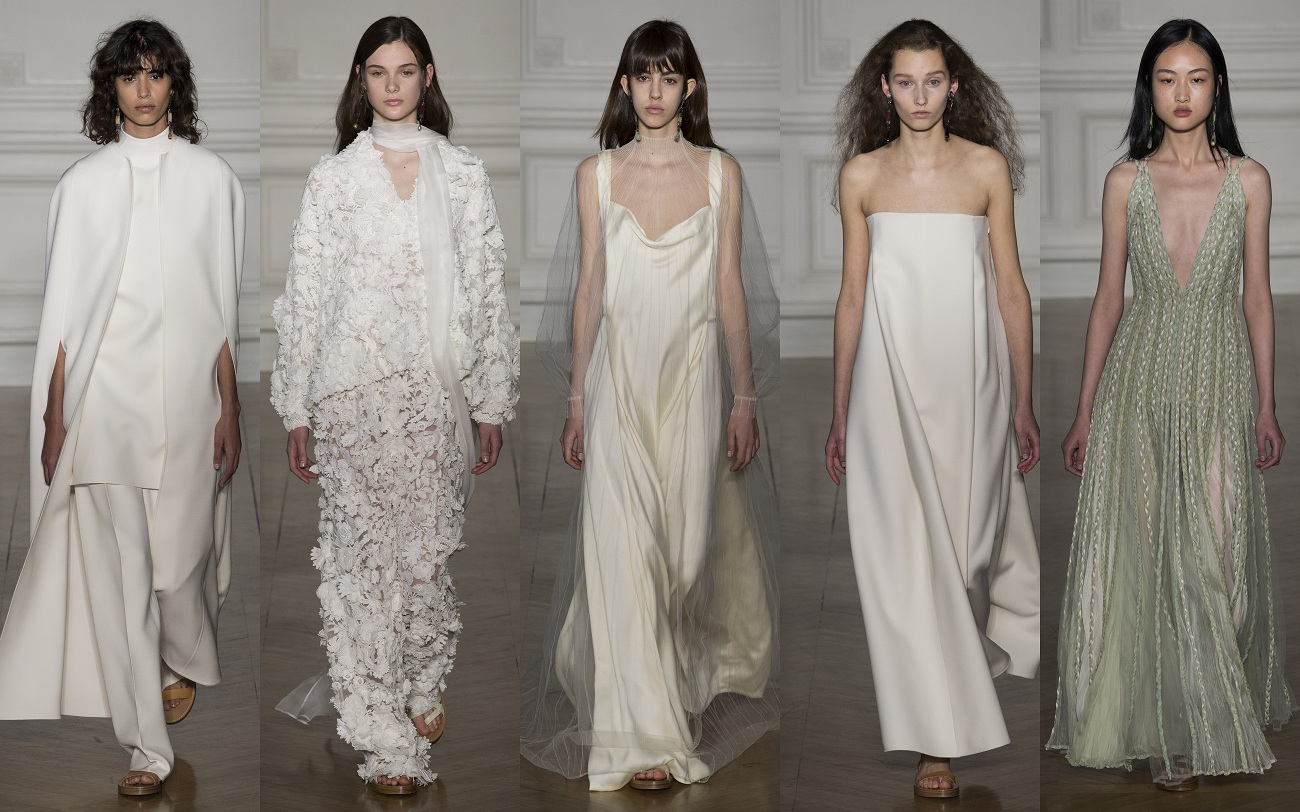 Pierpaolo Piccioli is to be applauded for going understated instead of flashy. Considering that the Academy Awards season just started, we are sure that some of his dreamy and elegant looks will find its way to a red carpet! 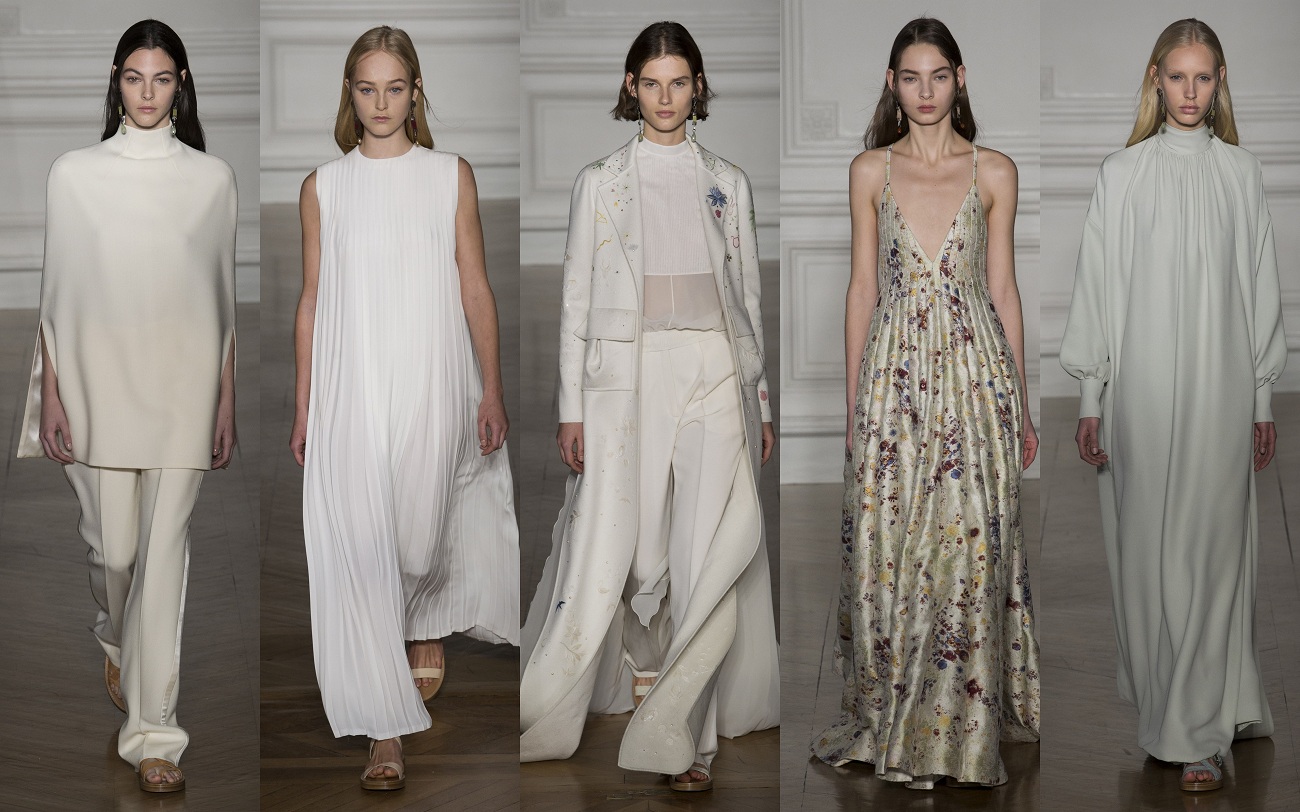 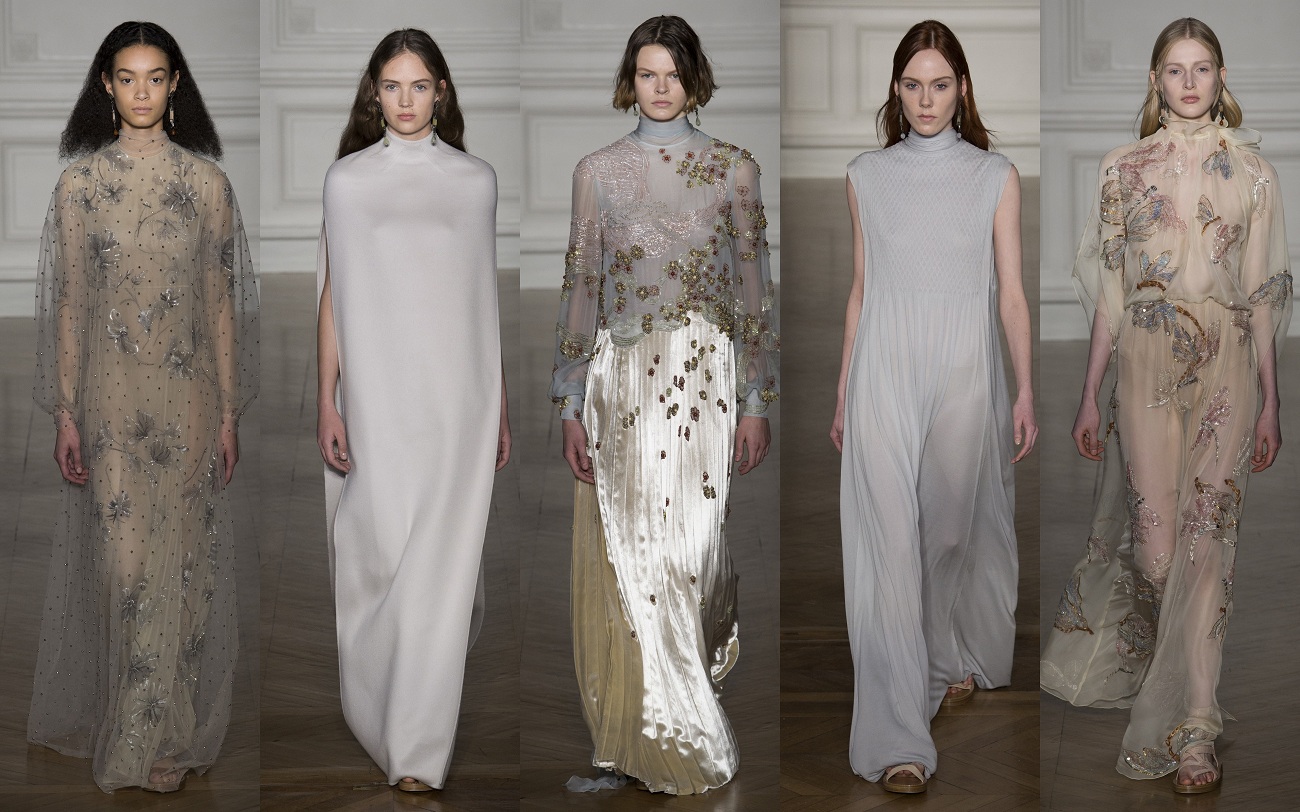 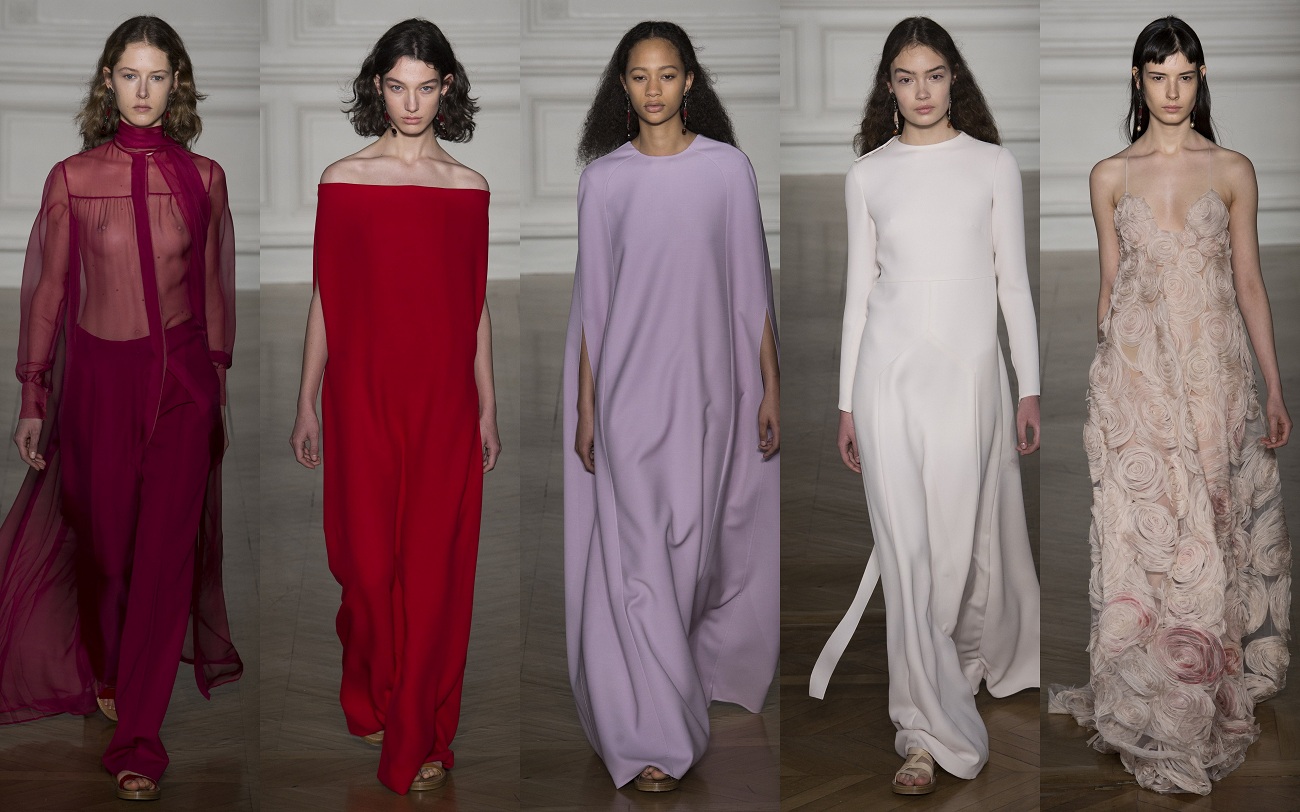 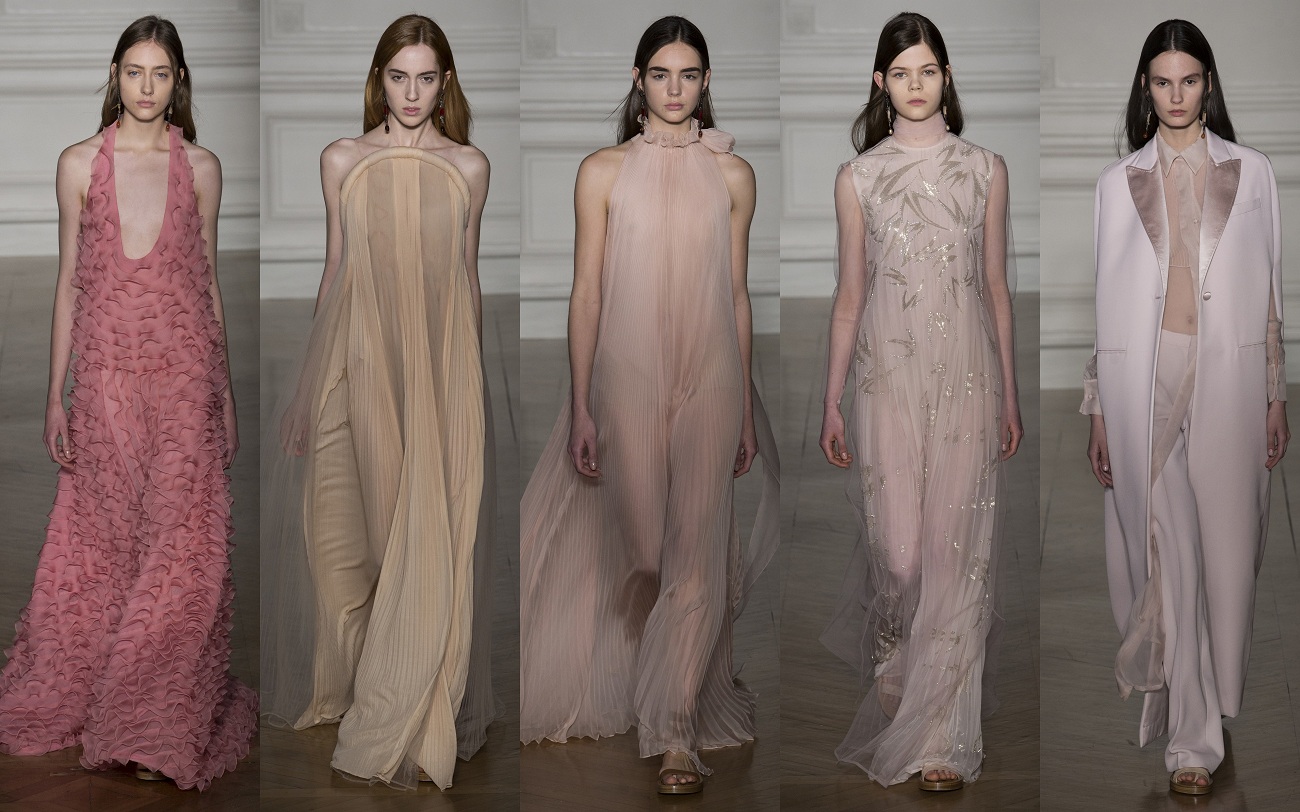 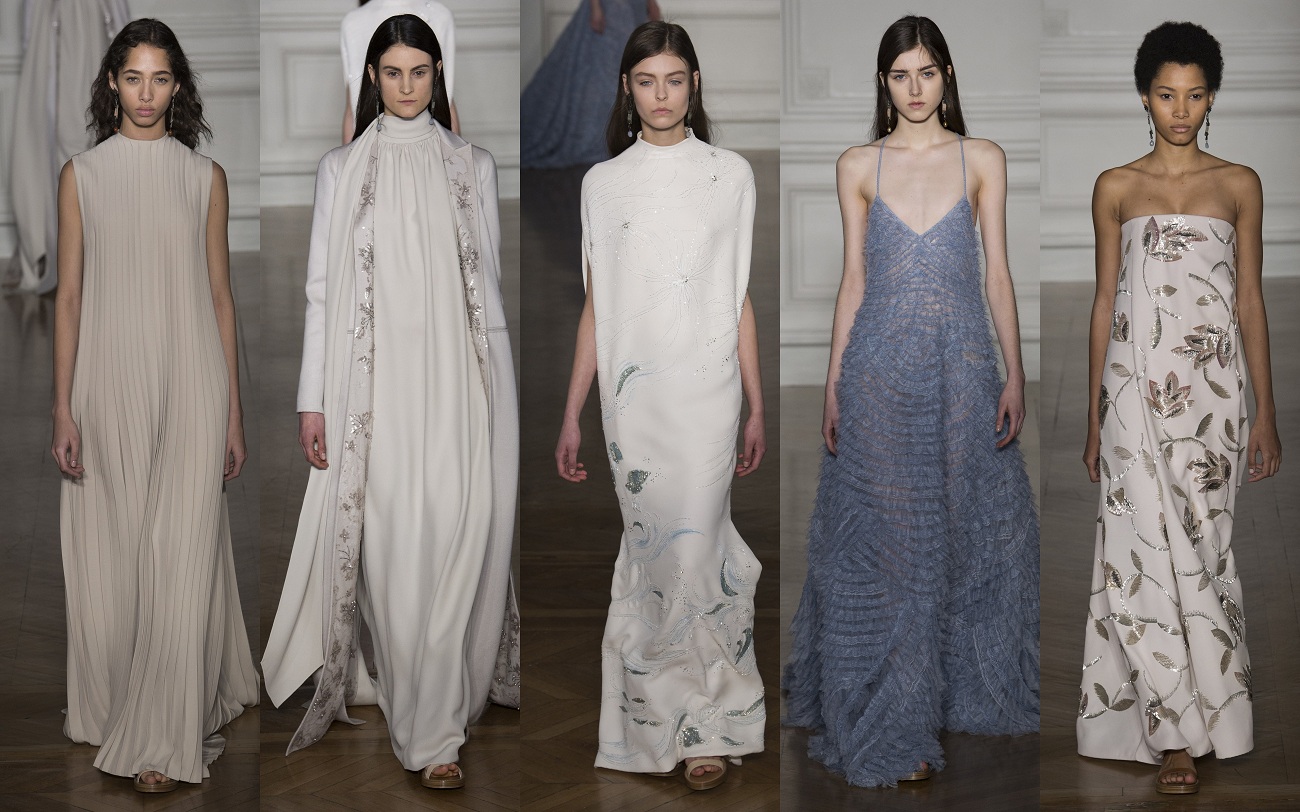 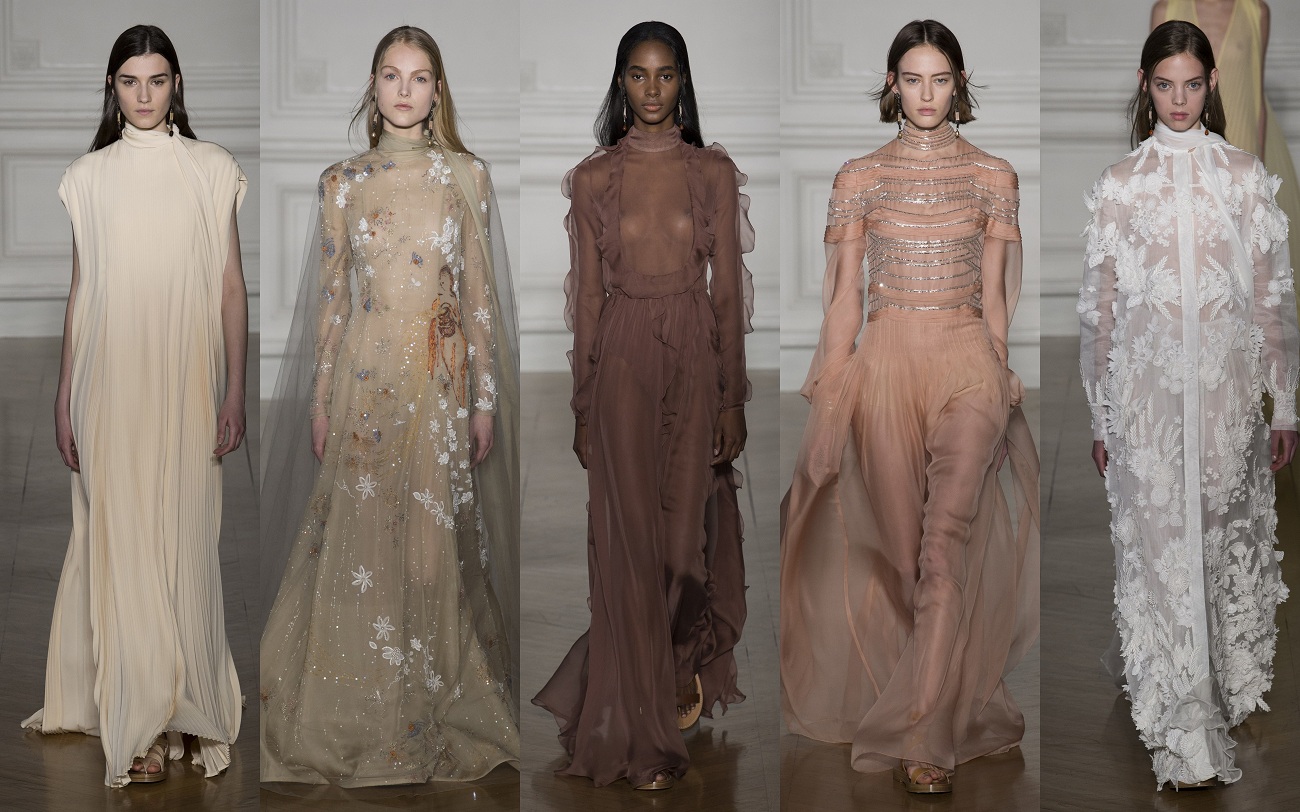 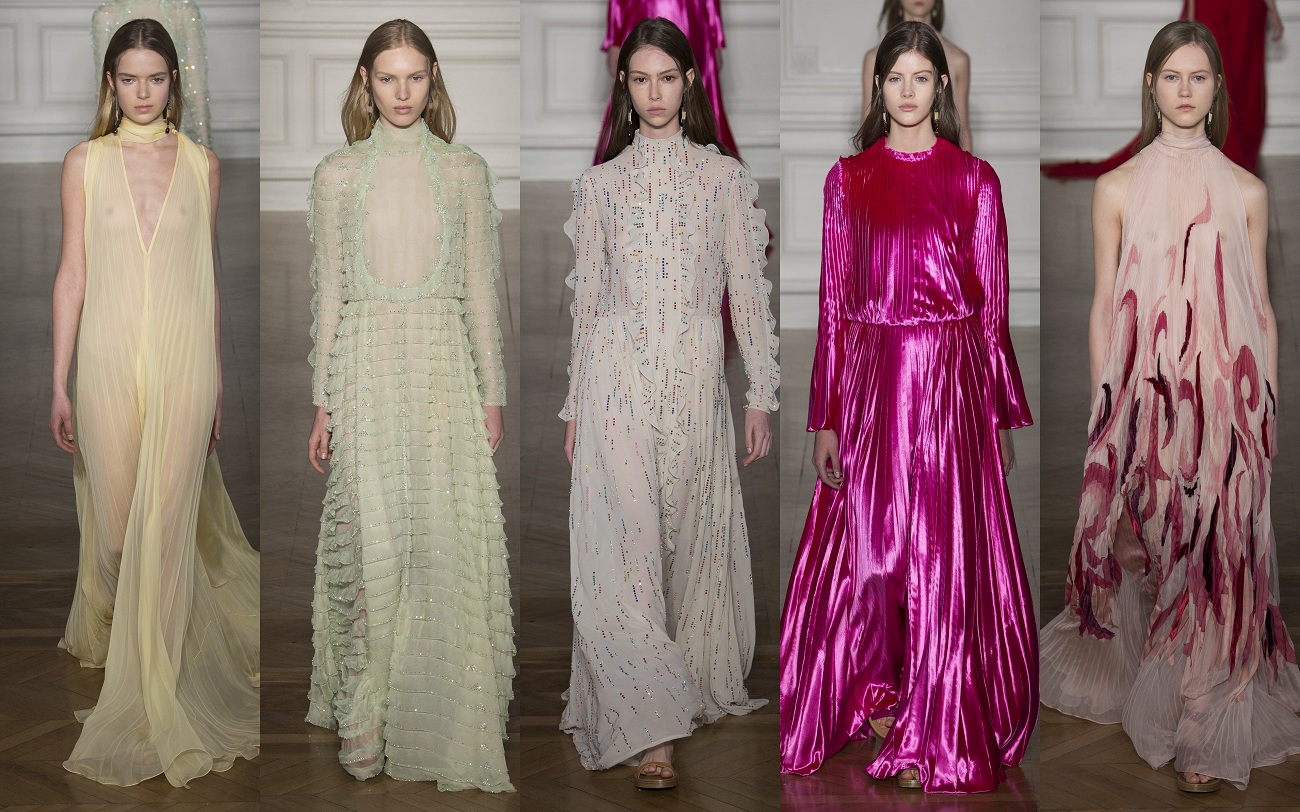 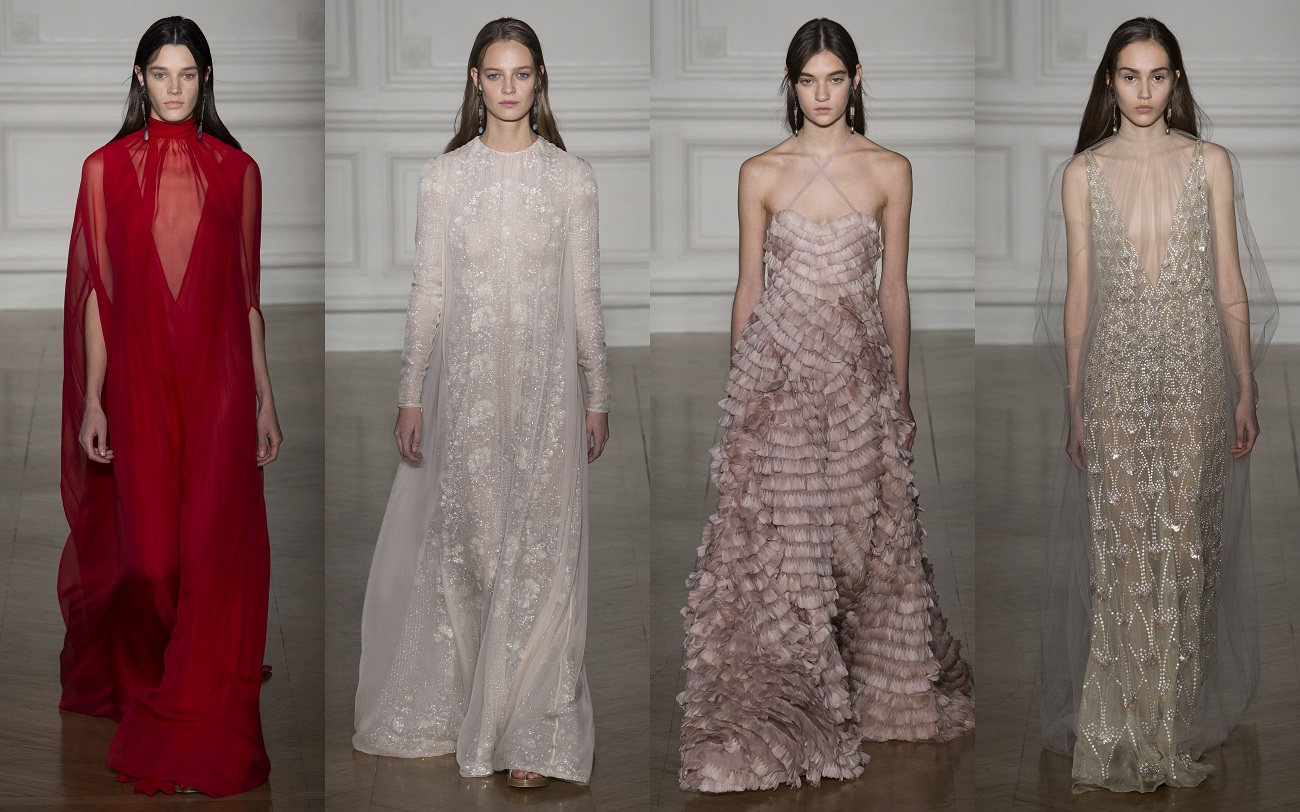 It is said that Paris is the most beautiful city in the world. Its Eiffel Tower is one of the most admired monuments. Beneath the glass ceiling of the Grand Palais, a 38-meter high reproduction of the Eiffel Tower imposes...

The various shades of orange were cluttered the runway in the new Armani Privé Spring 2017 Haute Couture collection. The master of understated luxury created a immensely wearable collection that sometimes flirted with the Old Hollywood...

Elie Saab’s perfection in creating an astonishing evening looks became almost legendary and for the Spring 2017 Haute Couture collection, his inspiration reached from the glamour of Old Hollywood and likes of Elizabeth...