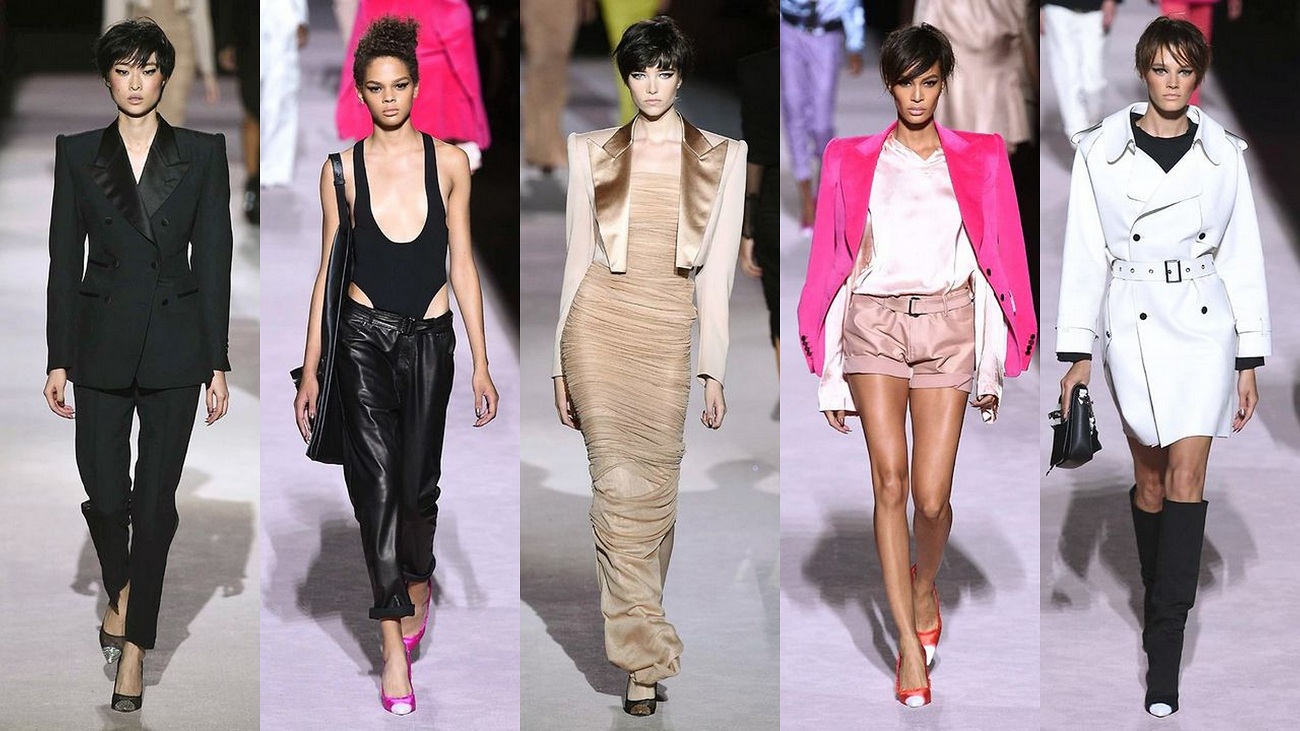 It is well known fact that languages are evolving as societies are changing and reshaping our lives. The fashion itself represents the best reflection of it, so if there is supposed to be a new term landing its place in any language, it should definitely be Tom Fordism. You might ask yourself why? Recently we were all witnessing many desperate attempts of major fashion houses to keep their heads above the water due to major crisis blowing upon the industry’s neck, from teaming up with stars of the moment turned designers of the moment, to involving or re- creating some old and already forgotten stars or wealthy families as heading faces of fashion collections. Tom Ford never flirted with desperation. He even succeeds in taking provocation, sex- appeal, mixing instant stars with some legendary style icons in such a sultry and elegant way that you can’t help but wonder how can he do it? That is exactly what Tom Fordism is all about. One big “I can do it all and you will all love it”. 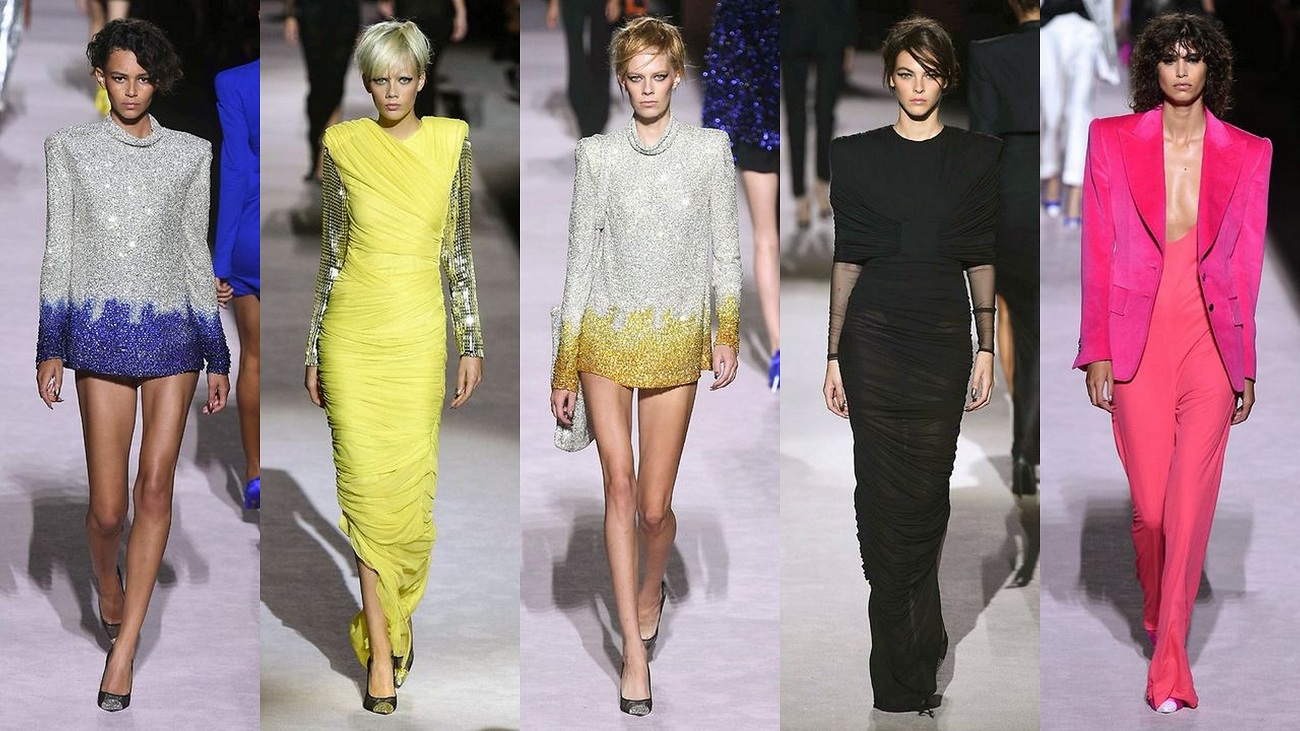 As his new fragrance says, everything that he ever did was always and entirely F-cking Fabulous. From bringing Gucci and YSL back to its full glory, to making some epic films which became legendary from the moment they hit the box office. 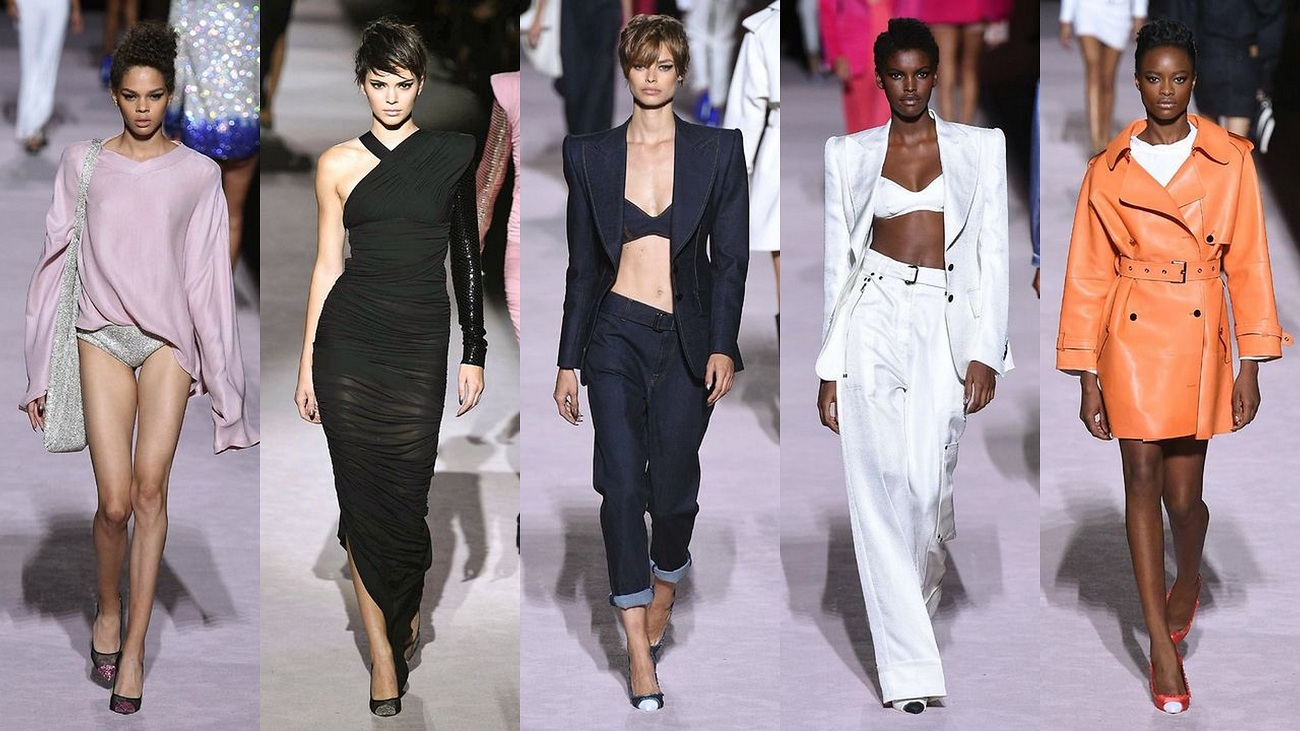 His new collection was presented at the Park Avenue Armory at the New York Fashion Week. “I’ve shown in Paris a lot. I lived there for 10 years. I’ve shown in Milan a lot. I’ve lived in London for the last 20 years. Shown there. I’ve only shown in New York a few times, but I’ve based my women’s design studio in Los Angeles, and it only made sense to show in New York. As a brand, I’ve tried a lot of things, and I have the luxury to do that. And it’s been great — I’m glad I did. But at this point, what I want to do is establish a consistency. This is our look, this is what I do, this is when I show, this is the city I show in. In a way, if you want to succeed at the game, you have to be in it. So I decided to come to New York Fashion Week.”, Tom Ford explained. 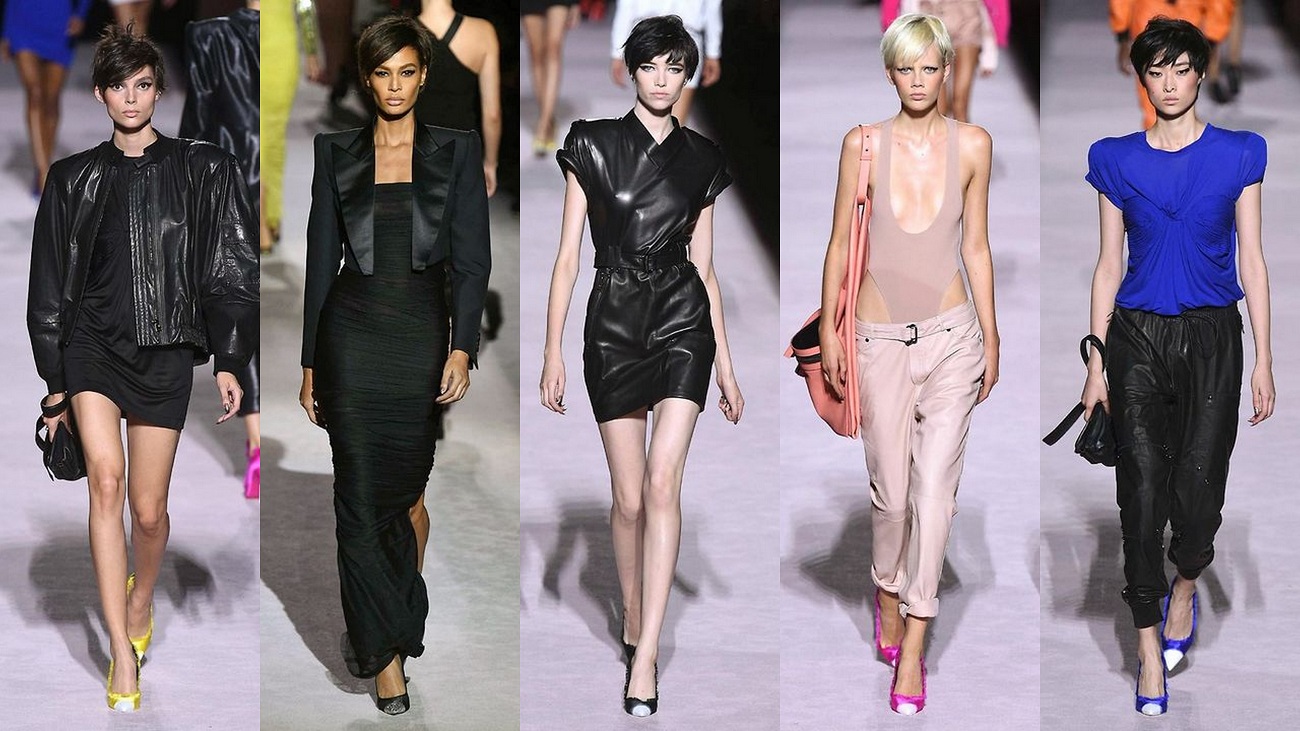 From the moment cult American model Binx Walton stepped out on the runaway, followed by David Bowie‘s “Fame” and dressed in a golden-shorts suit with a chain mail top and pink stilettos, everybody knew that the beginning of the new era is finally arriving. Celebrating powerful emotions captured in the golden years of Gucci of the 90’s, everything was conducted in a manner of a great director and designer, from the diversities of selected models to the star-studded front row and after party. 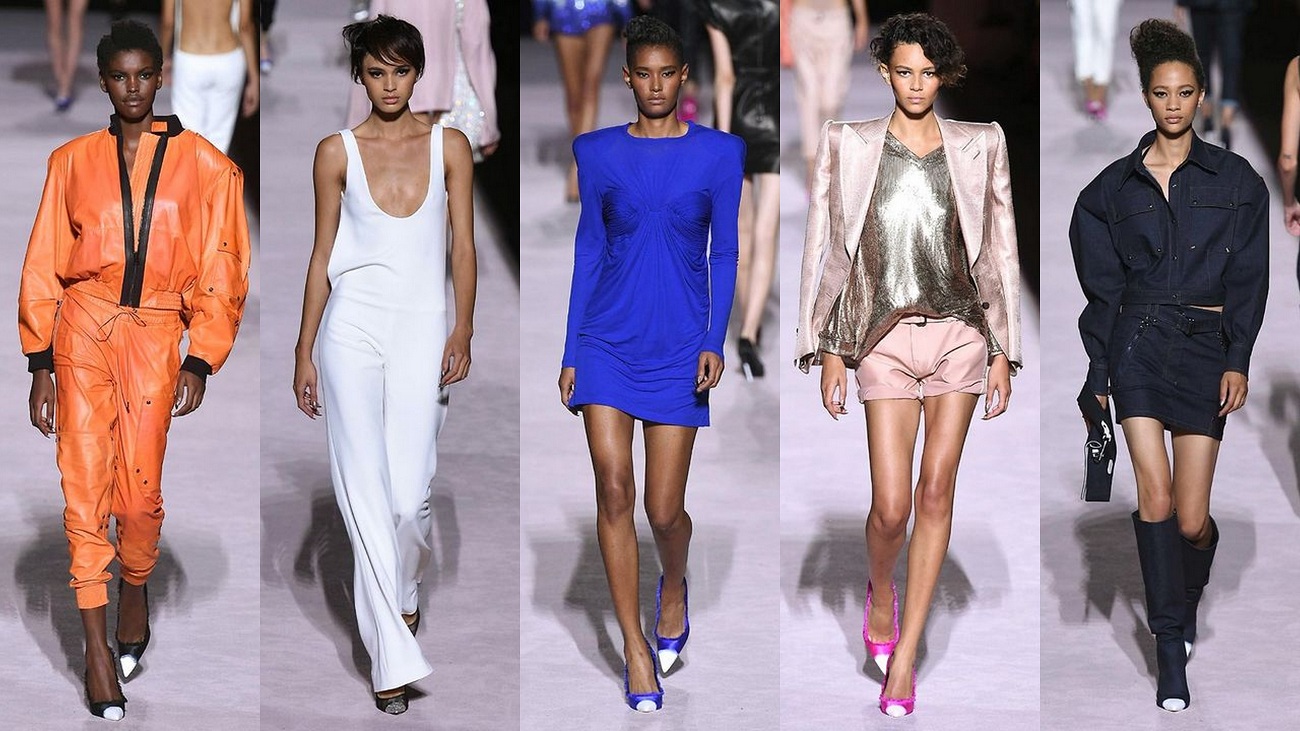 Ford’s signature suits and blazers with bold shoulders, inspired by his men’s collection, are finally tailored for women. Black and white with a hint of lavender, sapphire blue, sienna and electric pink were dominant colors. Key pieces were daywear pantsuits paired with athletic urban jackets and leather trench coats. At times, you couldn’t escape the feeling that sexiness of combining the bathing suits with legere pants finally got its green light in a bold but elegant manner, and the minidress is really both- mini and a dress in a sparkling disco way, showing legs for days.

Second part of the show presented explosion of glamourish luxe eveningwear, led by Gigi Hadid in a blush 90’s meets Greek goddess gown with matching metal sleeves. Opting just for powerful and perfectly tailored blazers paired with shorts, long sleek dresses or provoking backless jumpsuit is impossible because you just feel like wanting it all. Masculinity was simply never so feminine. But, Tom Ford is well aware of the fact that the show must go on even after the show itself, so the entire spectacle was moved to Disco 54-inspired “F-cking Fabulous” After-Show Party. 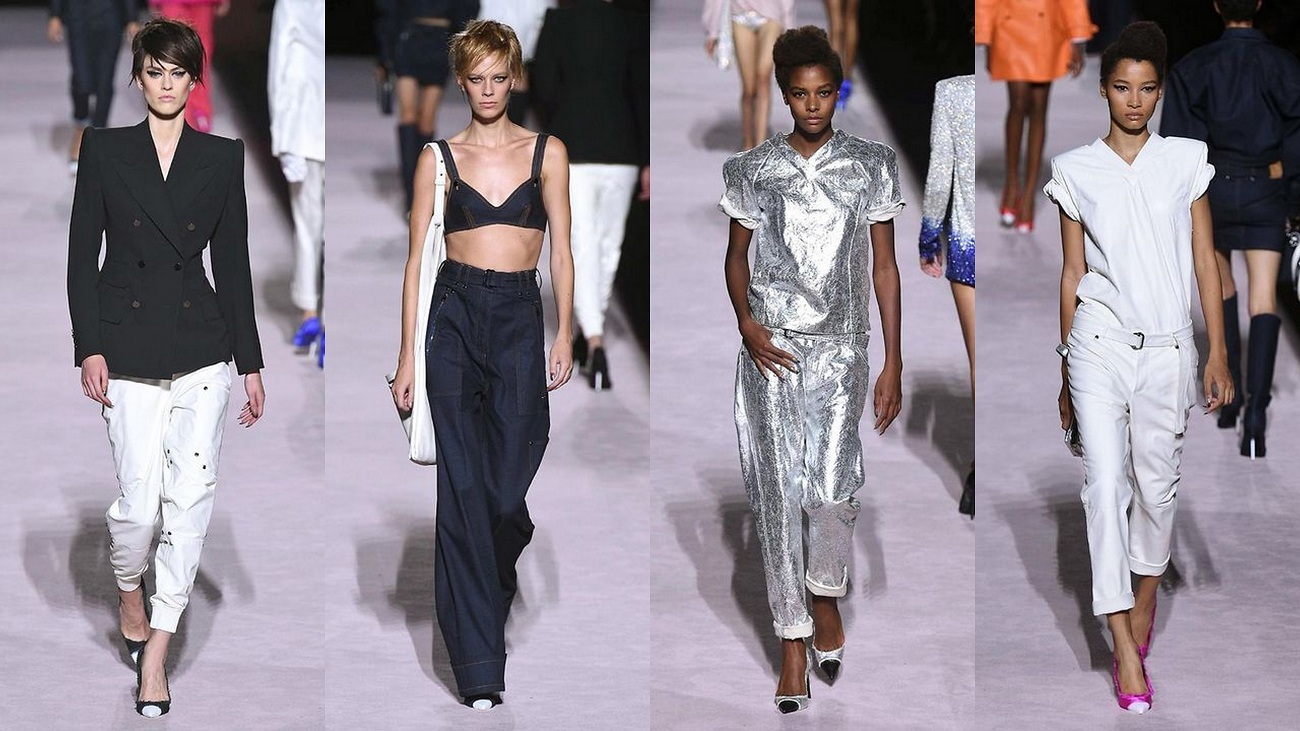 Tom Ford gave us what we craved for a long time- a true spectacle with new high standards and a strong message that relying on your own creativity, supremacy and independence can benefit in creating a powerful woman that is more bold, sexy and provocative, but yet relaxed in her own existence. A true F-cking Fabulous Tom Fordism! 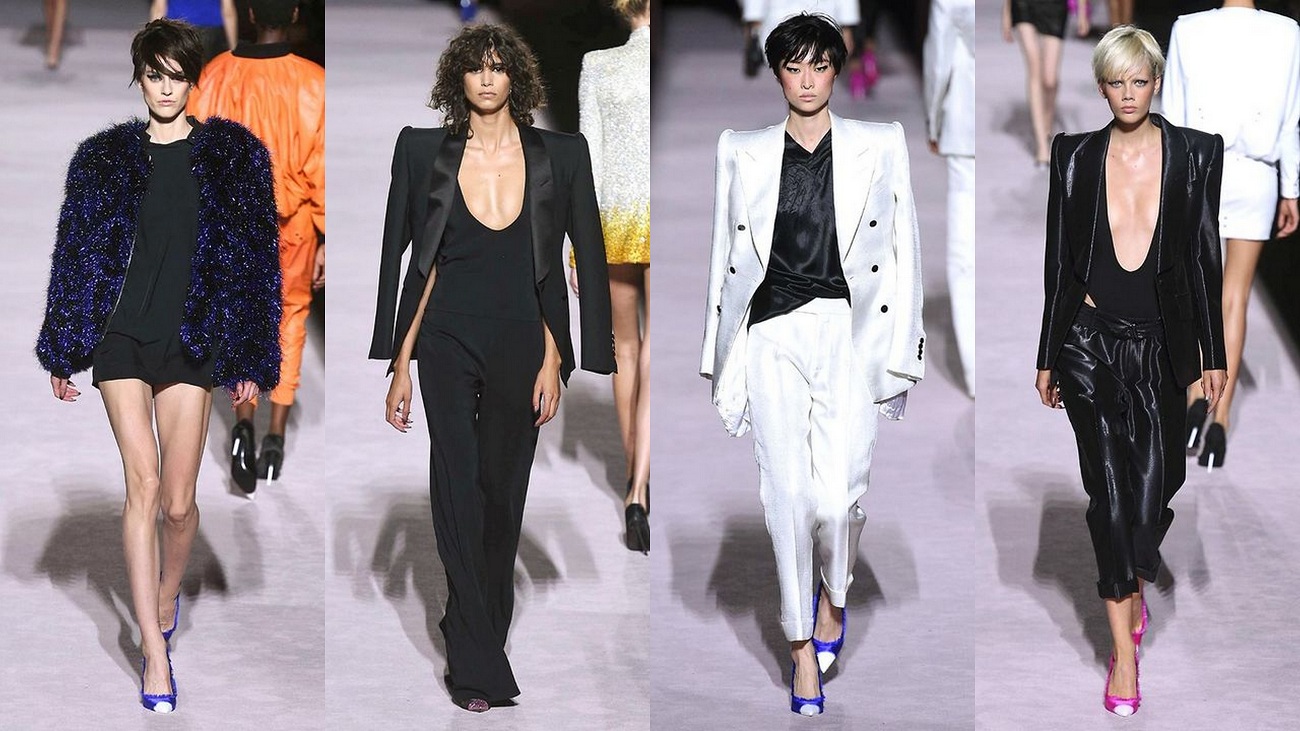 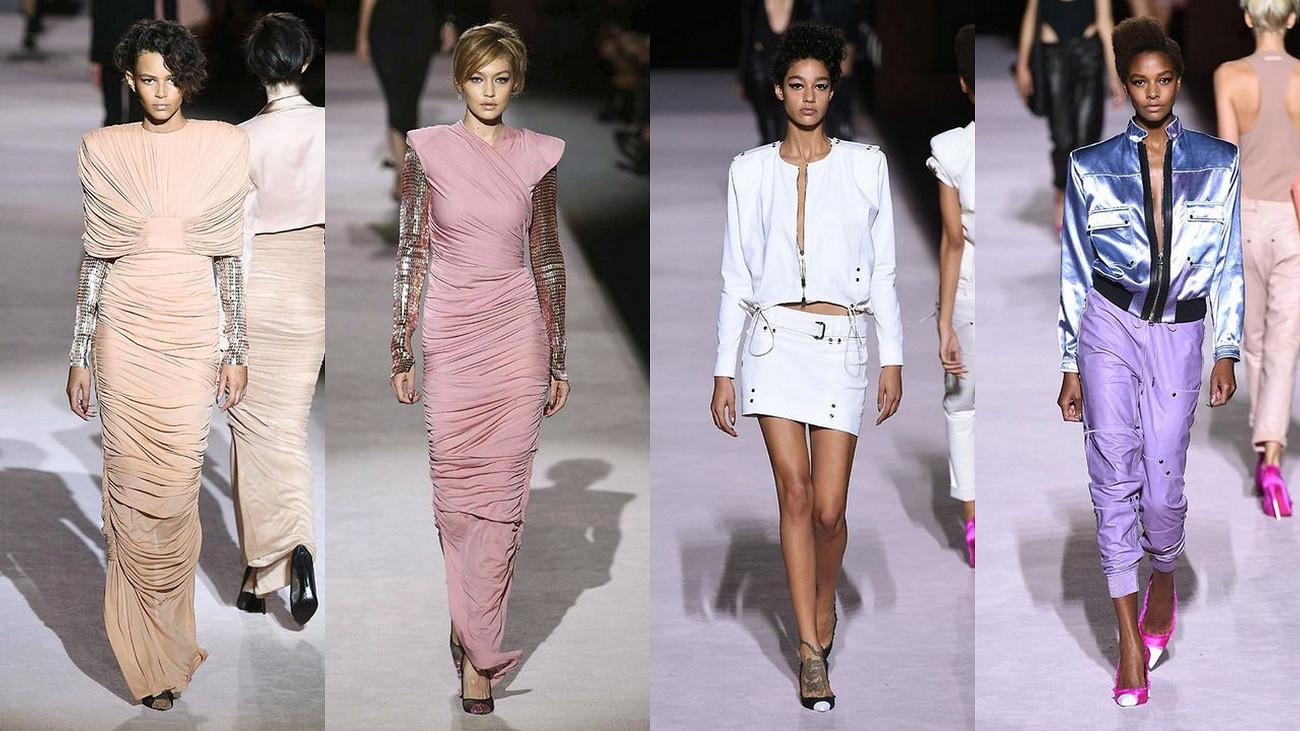