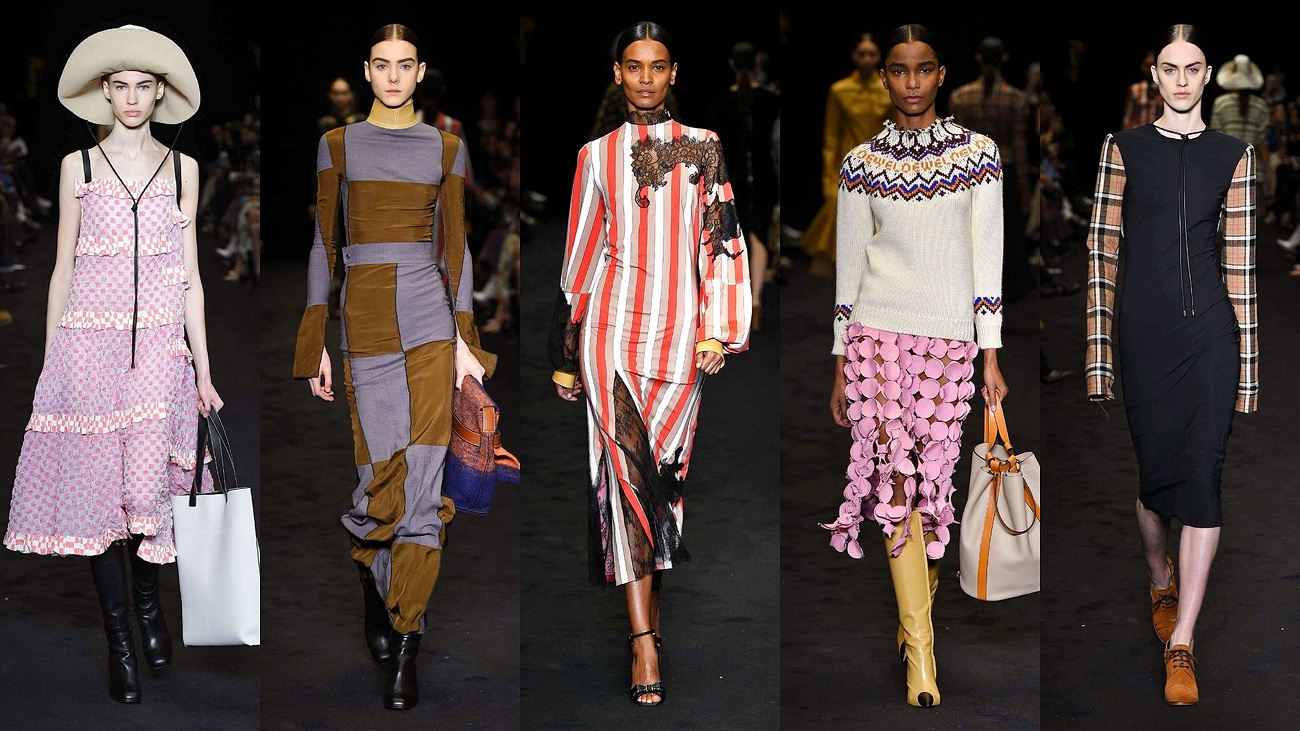 It seems that fall has never been so exciting, with Loewe showcasing some amazingly imaginative designs of American West meets Victorian style that gave women’s silhouettes bold, intriguing and playful look. Loewe’s Fall 2017 collection, as one of the patchwork creations, offered a lot of various points matched into one. Explicitly, the praise of craftsmanship reached its peak thanks to the mastery of different techniques by Jonathan Anderson. 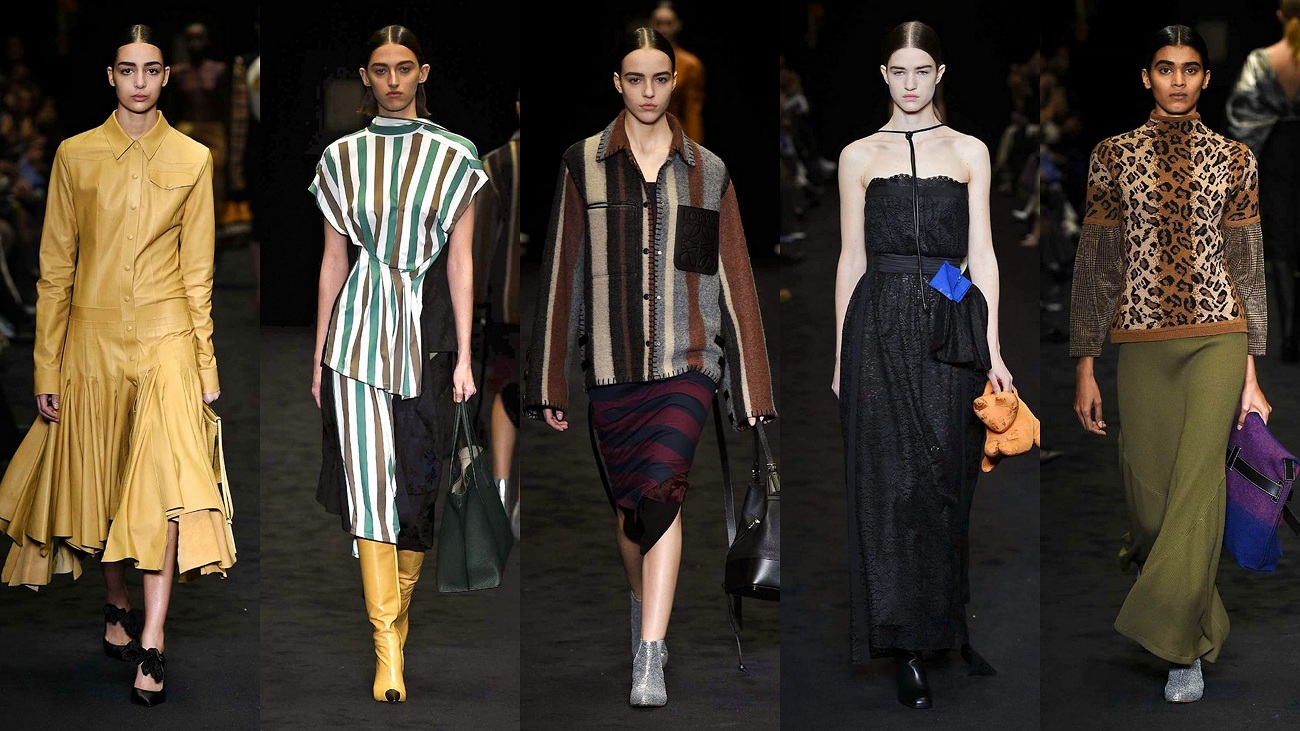 Jonathan restored and revived some of the nearly-extinct design practices with his foundational Loewe Craft Prize, which just entitled its first shortlist of artisans. That is the reason why some pieces looked so raw-edged but sophisticated in a secondhand manner. Main focus of the collection was simplicity, but in such a way that it emerged a plain style with strong, bold colors and a busy style with neutral coloring. Long sleeved dress came alive through the use of patchwork colors in navy, burgundy, copper and lilac, and a mischievously playful dress with a lavishly puffed, off-the-shoulder sleeve, moderated by the white net-quality finish is one of the best examples of the presented idea. 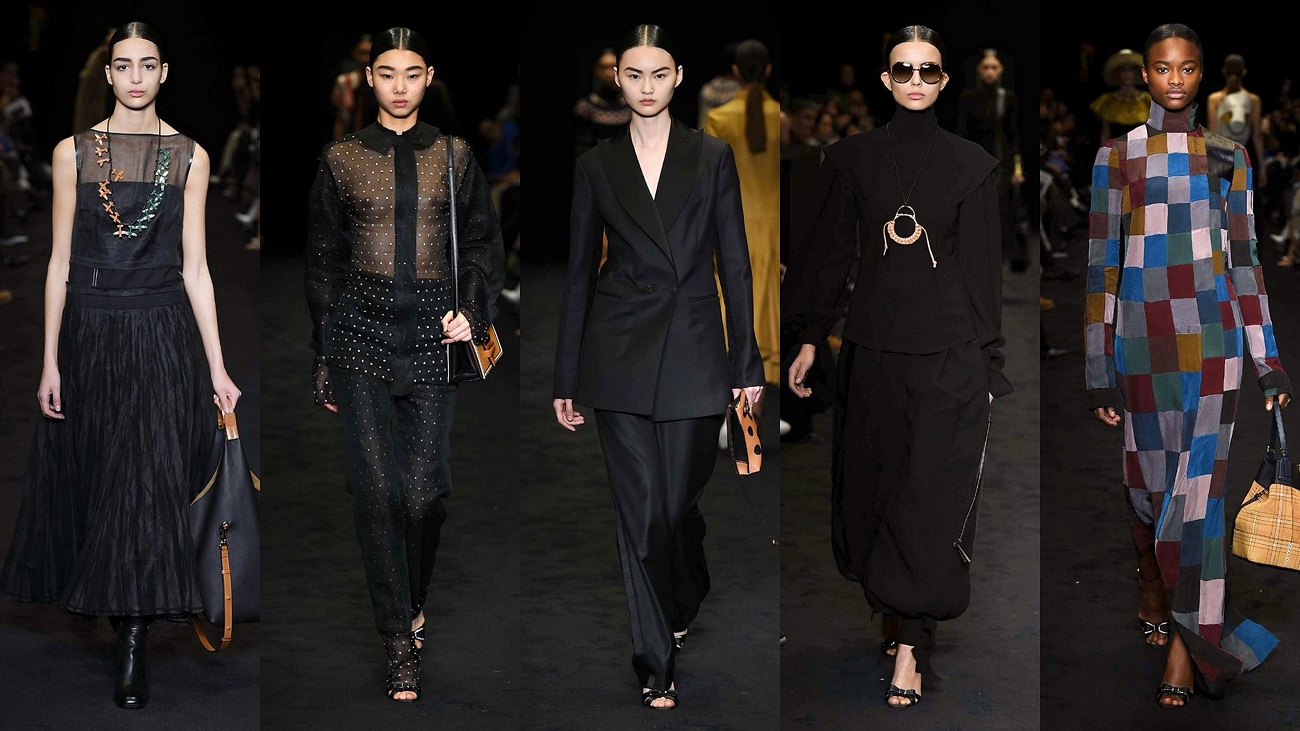 There was also something pure and romantic about this collection. It was one of Anderson’s most reachable and commercial presentations to date. Key sweaters, dresses and blouses with curling sleeves, masterly tailored leather pieces, skirts made of crossing rose pink discs looked more than appealing. For the luxury fashion house as Loewe leather pieces play an important role in every collection. For the Fall 2017 Jonathan Anderson created a green leather suit to look much more polished by a wide, high stand collar along with button detailing and with a yellow, peplum style jacket combined with a lumpy, nearly umbrella pleated skirt in order to give off a Victorian flamboyance. 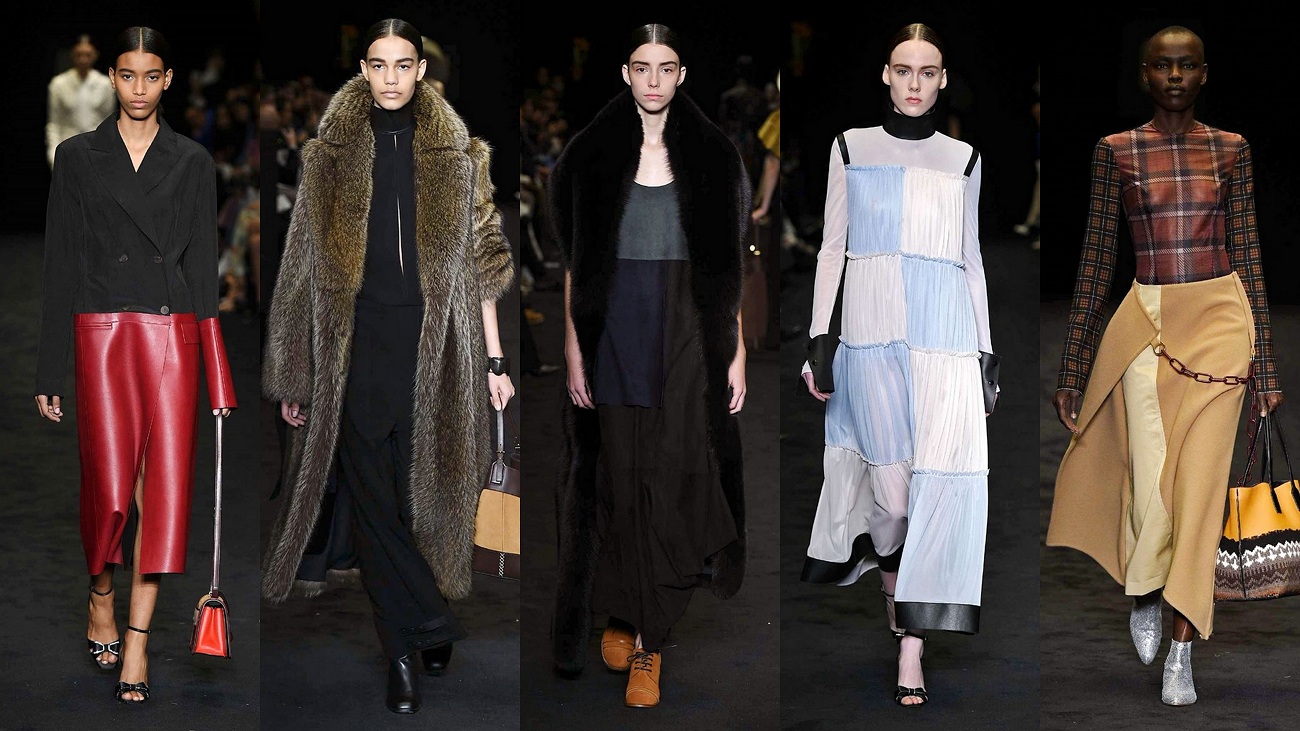 Hair was styled in a very pure and sophisticated way which was followed by little to no jewelry at all. The idea was to put the focus on the mainly two-tone designs, with contrasted jackets in red, black and yellow, matched with chiffon dresses consisting of white shades and pastel blue. A spectacle of bags was also eye catching, going from large day-bags with double handles to a smaller sling bags with long dual-tone straps and cross-body, chequered designed ones. 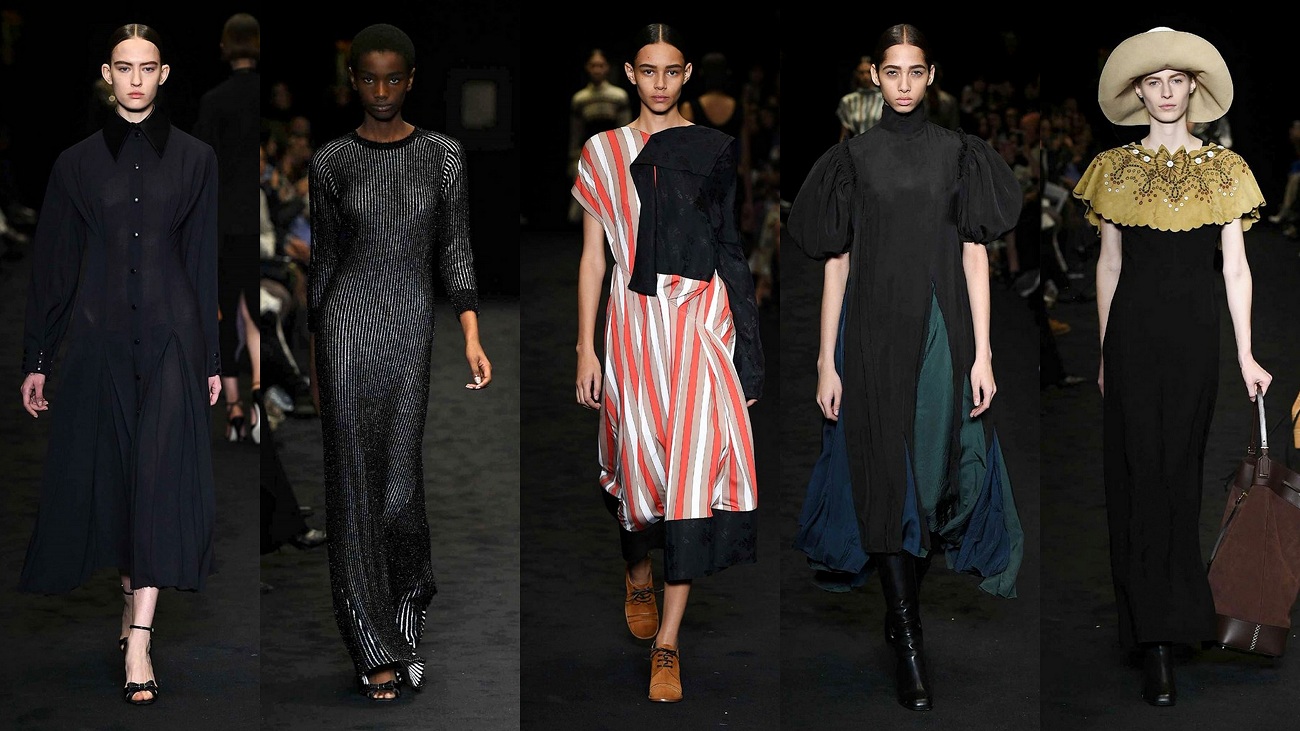 Collection itself was quite possibly a metaphor for modern society being at the very edge of a spreading political abyss, which was clear right from the beginning when the guests had to reach for their cell phones in order to beat the darkness and the lack of light, to find their seats. And we could think that the suddenly changeable temperature inside the place where the show was held, from cold to hot, was an insinuation to climate change. Jonathan Anderson riffed on dozens of metaphorical and symbolic references throughout the show, but none of them gelled to create a sensible picture. 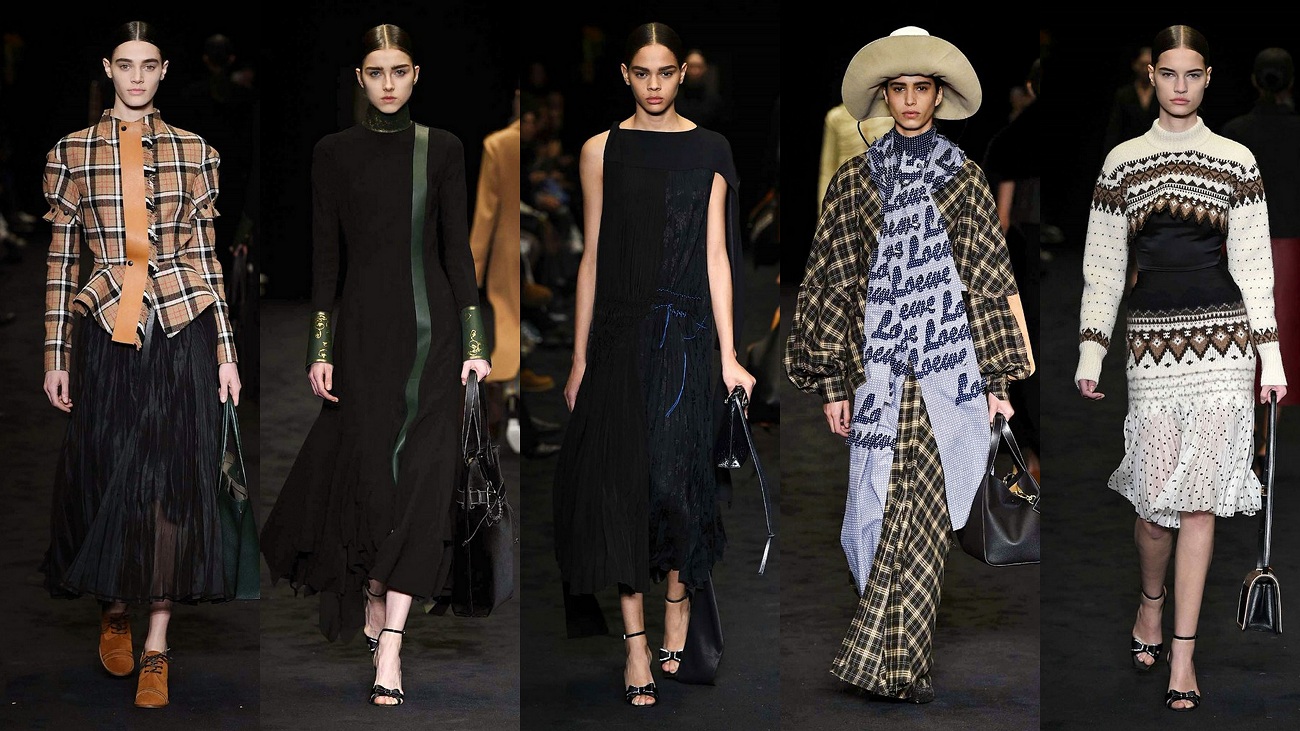 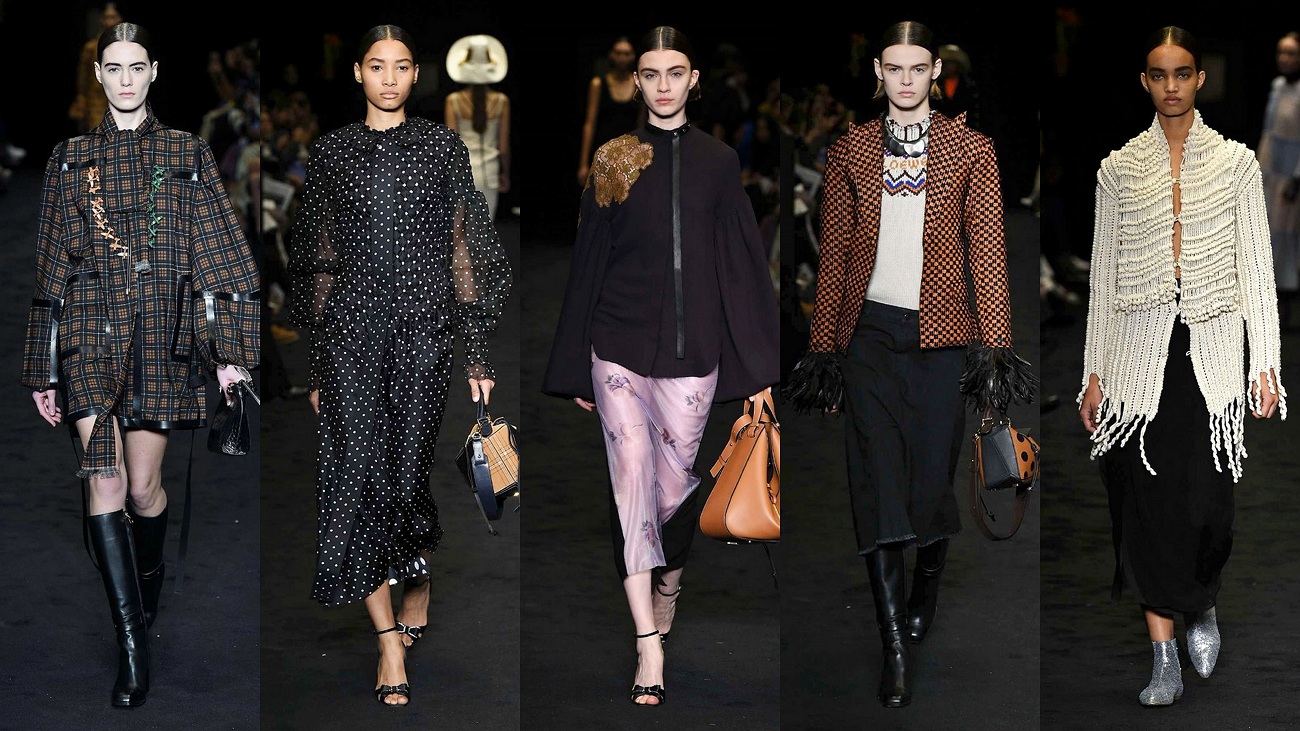 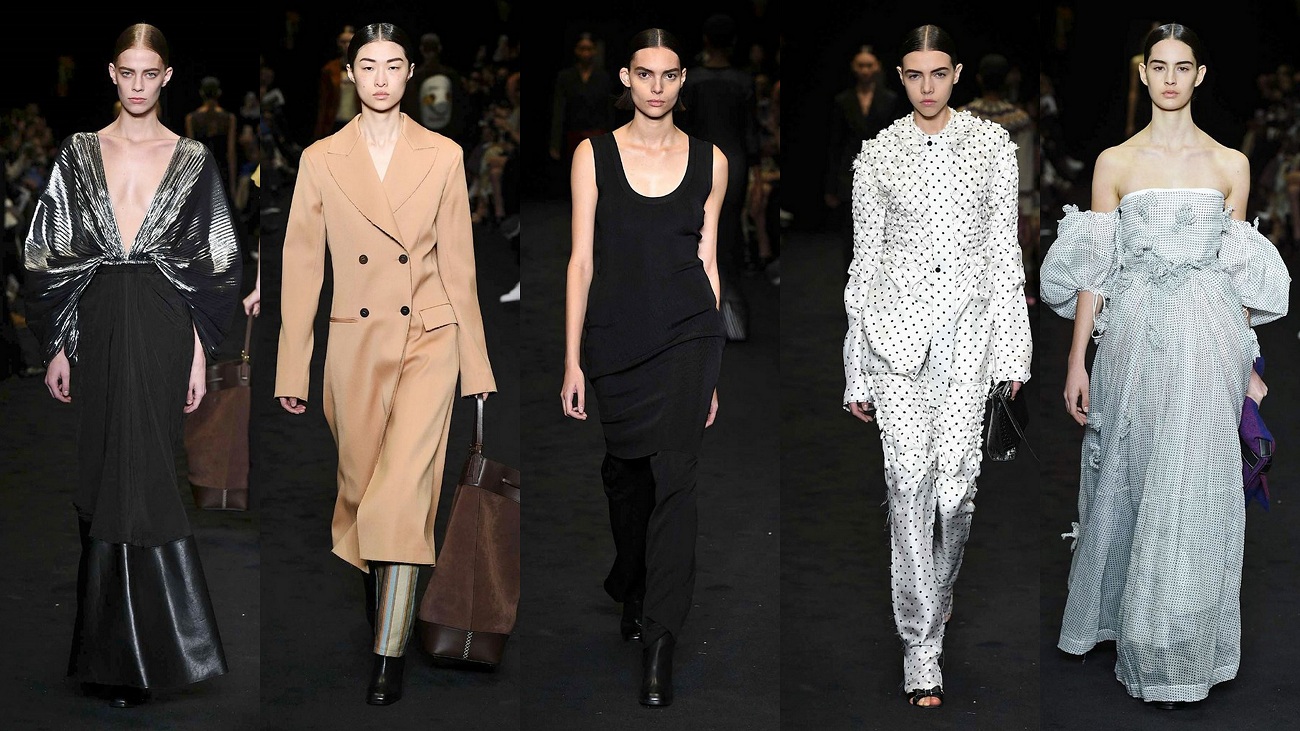 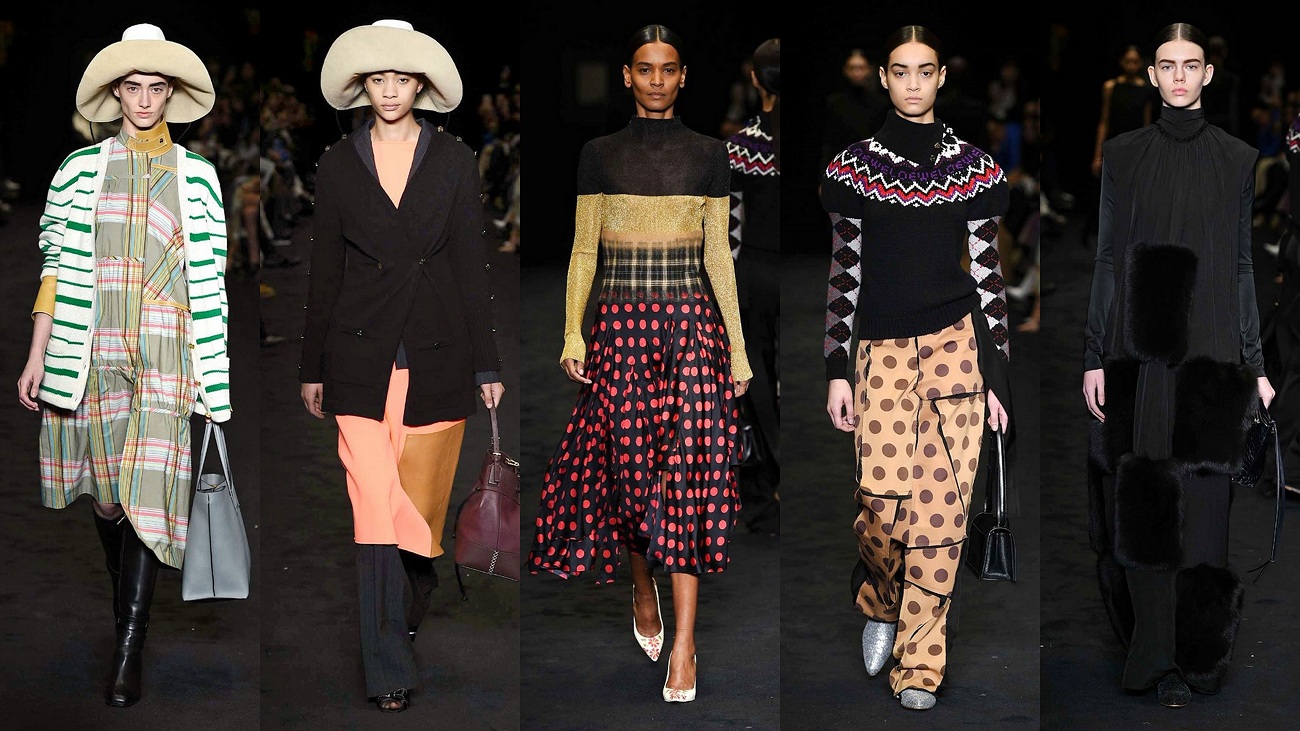 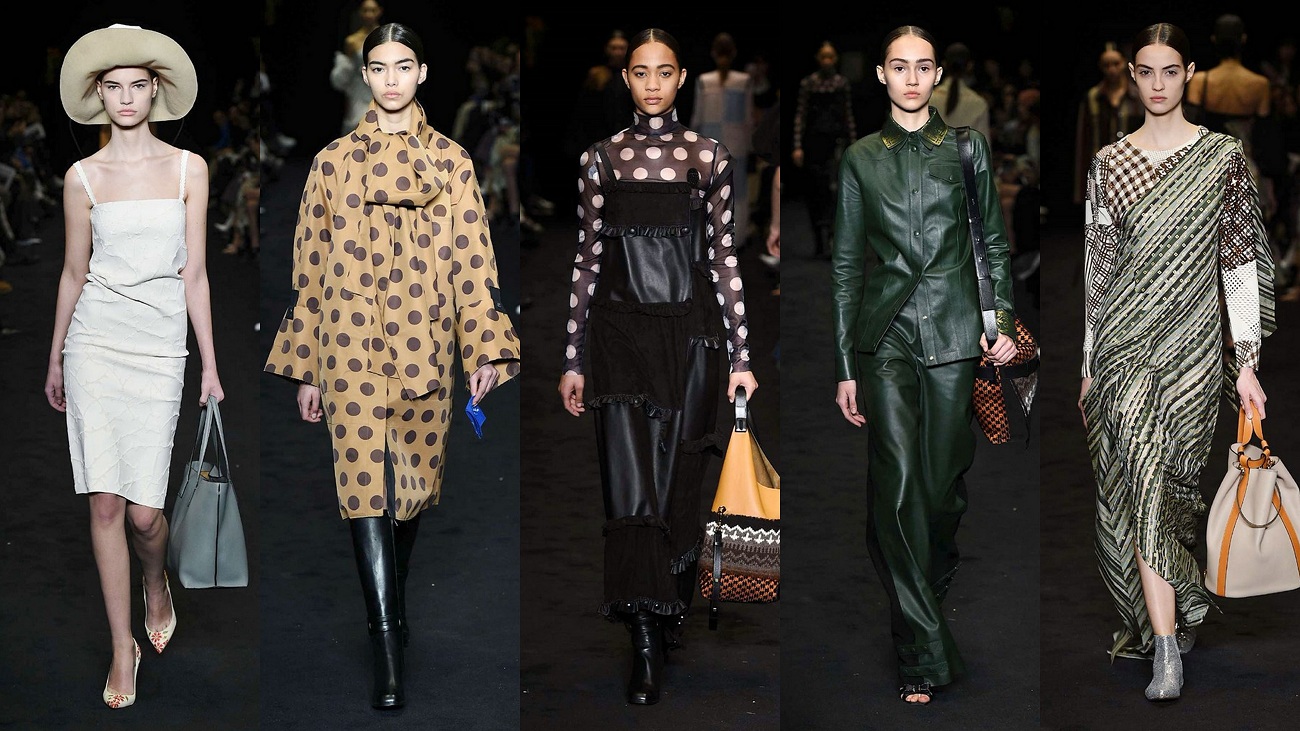 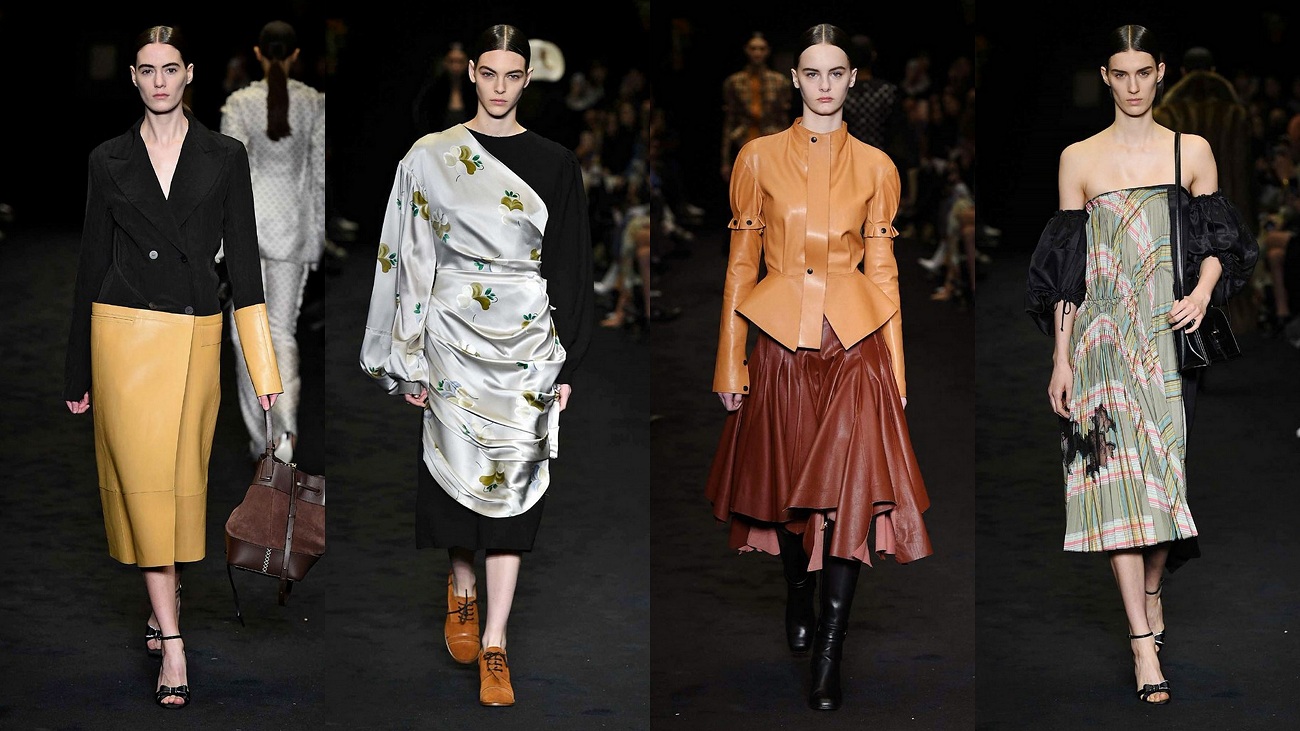