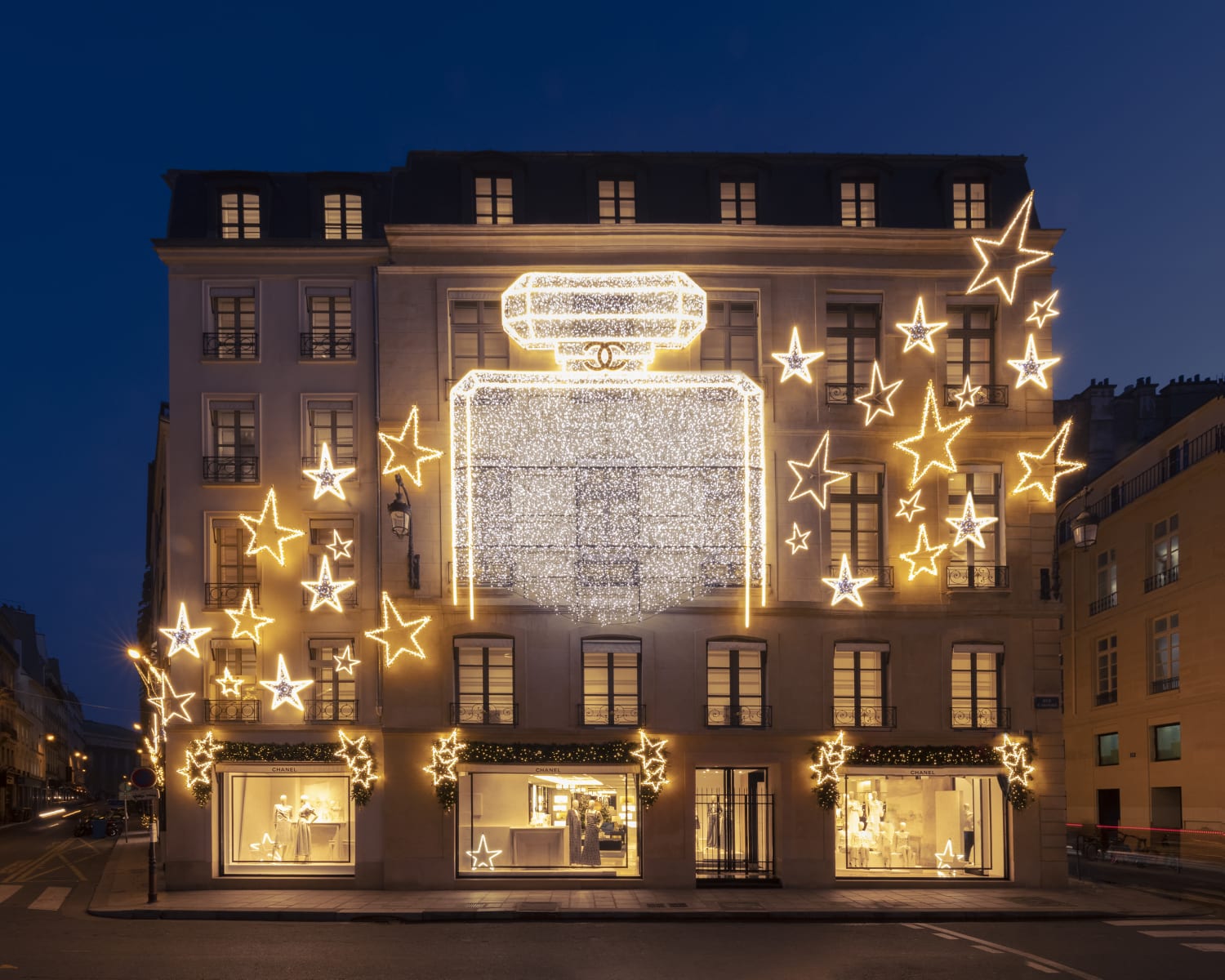 For the end of year celebrations, the façade of the Chanel boutique at 19 rue Cambon has been dressed in decorations inspired by 100 years of N°5’s fame. 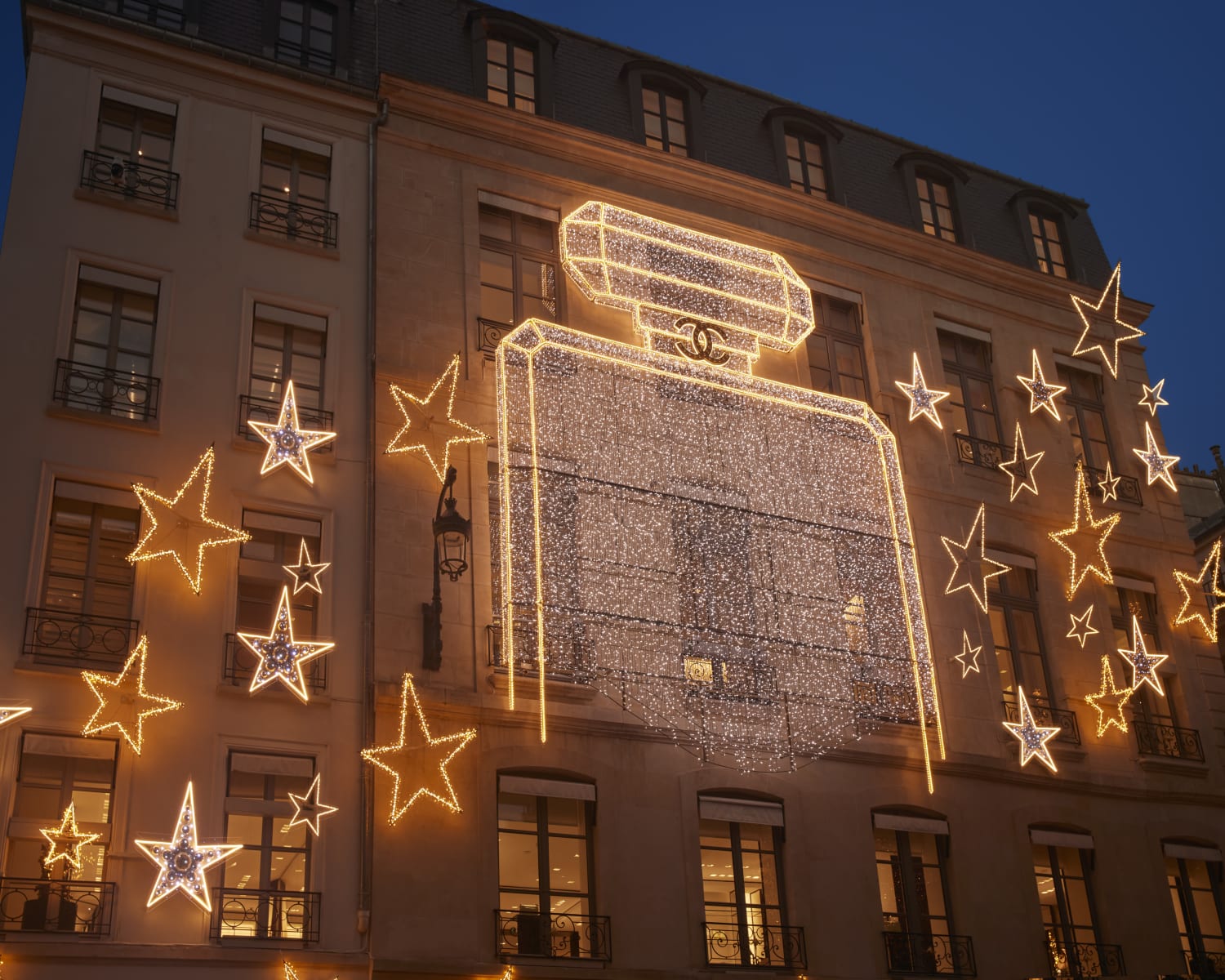 Opened in 2018 at the corner of rue Duphot, rue Saint-Honoré and rue Cambon, just a few steps from the historic Chanel address at number 31, the boutique is adorned with a light installation representing the House of Chanel’s very first perfume. One hundred years after its creation, N°5 continues to make people dream. It is a splendid symbol of Chanel’s creative force, its excellence, savoir-faire and self-fulfilment. As Gabrielle Chanel‘s olfactive double, it embodies the foundation of both the House’s identity and history. 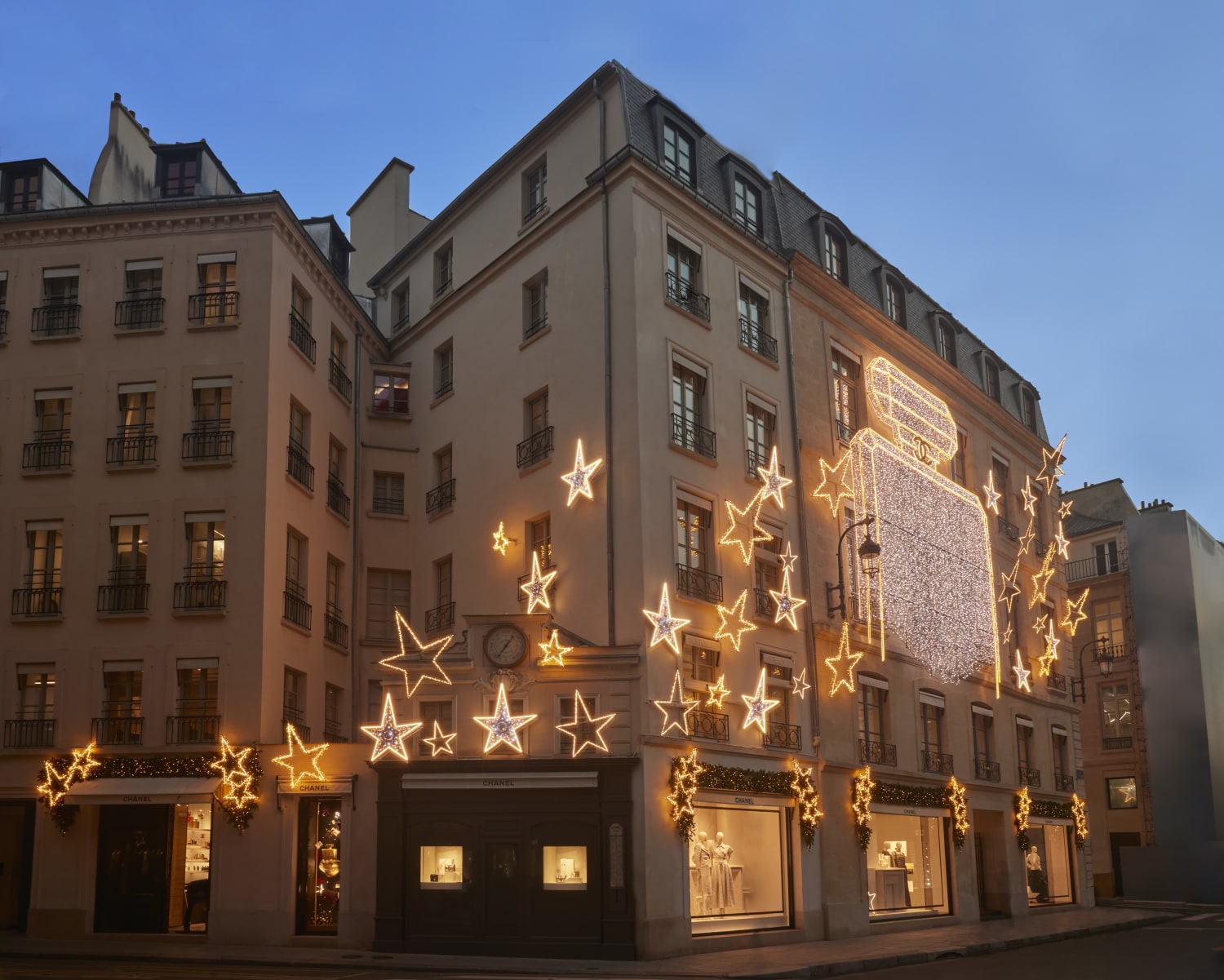 This dreamlike installation is composed of a metal structure swathed with LED garlands and surrounded by a constellation of stars, also celebrating Gabrielle Chanel‘s fascination for the cosmos. A tribute to the symbols of the House and to the magic of the festivities that accompany the passage into a new year. 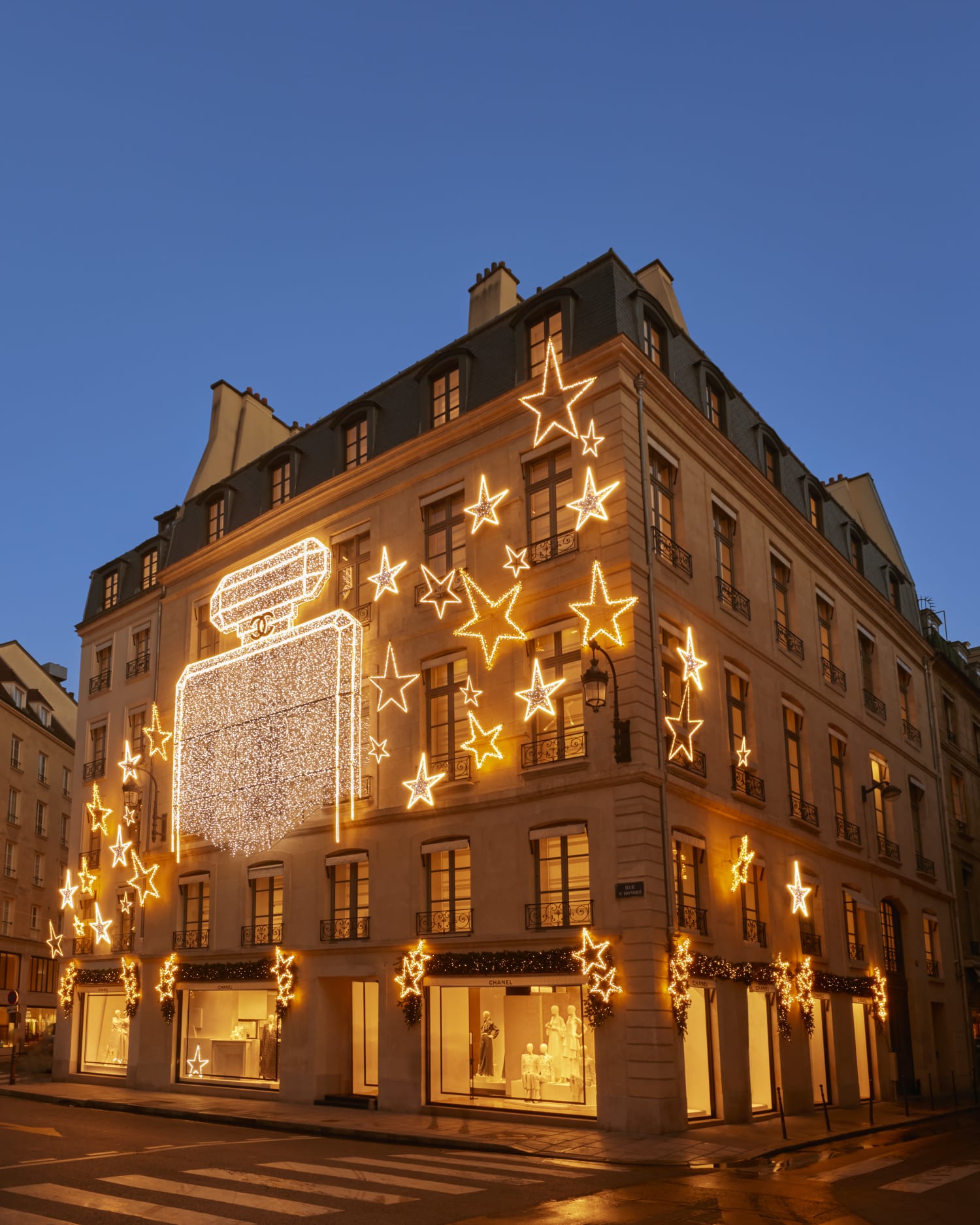 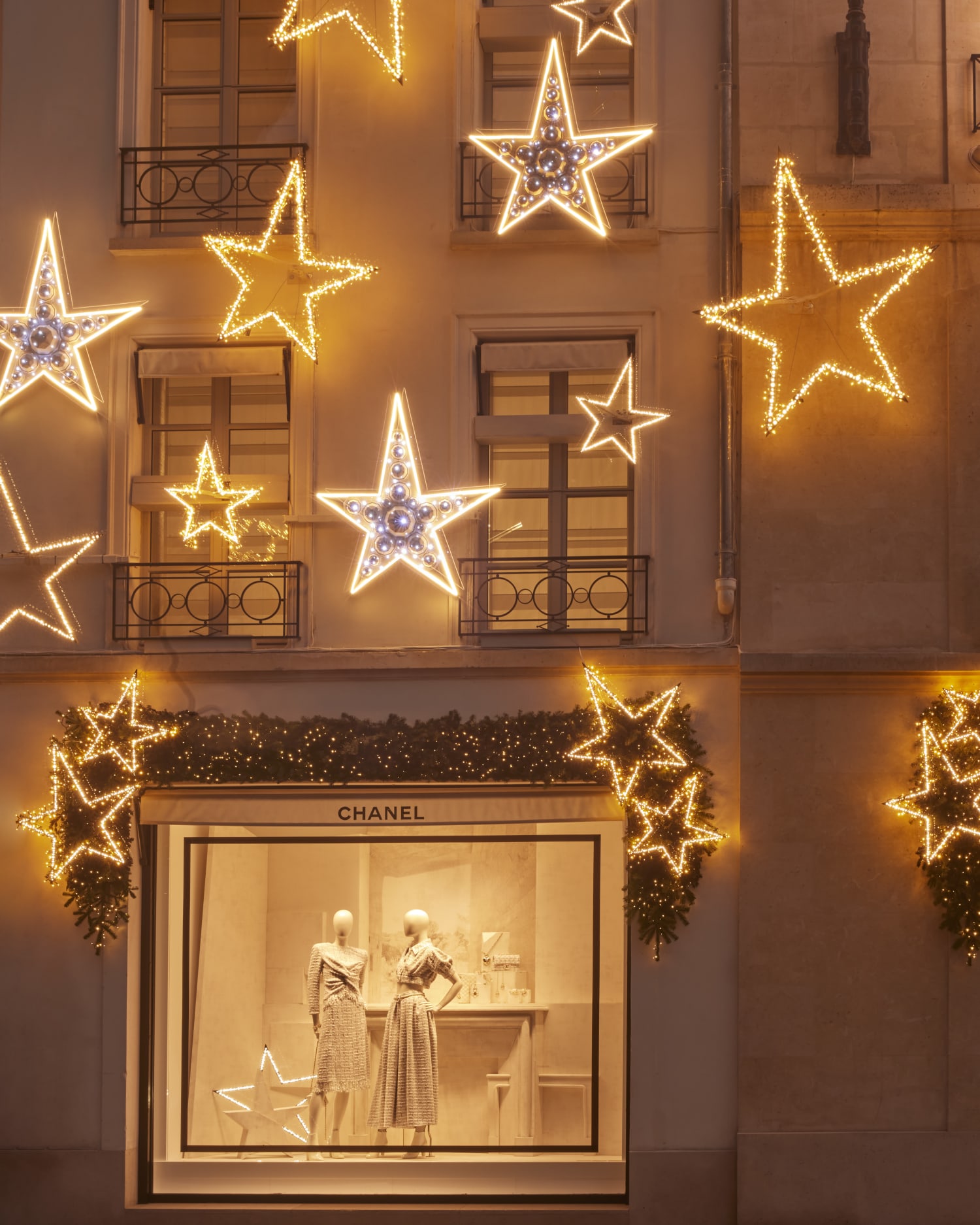