Vasamuseet – A Worthy Home for the Mighty Warship

A monumental piece of Gustavian epoch, gargantuan Vasa warship was built in 1627, on the orders of King Gustavus Adolphus. The ship was decorated in a breathtaking manner that somewhat reflected the King’s own ambitions for Sweden and himself. Upon its maiden voyage, Vasa was one of the most heavily armed warships in the world, with bronze cannons cast in Stockholm specifically for it. Unfortunately, the ship’s structural issues were something that no one counted on. As it turned out, Vasa’s upper structure of the hull was too heavy and the ship was doomed even before it sailed. Of course, the inevitable happened and mighty Vasa ship sank after sailing just about 1300m. But that’s just the beginning of the story.

Fast-forward more than three centuries. Anders Franzén, a Swedish marine technician and an amateur naval archaeologist located the wreck in 1956 and operation of salvaging began in 1959. Finally, 333 years after she sank, once proud Vasa ship was brought to the surface from the bottom of the cold Baltic Sea. For the next 27 years Vasa was treated with polyethylene glycol, while being situated in temporary structure called The Vasa Shipyard, Wasavarvet in Swedish (still with “w” instead of “v”, the ship was called Wasa back then.) In 1981 it was decided that the permanent museum should be built and in 1990 – Vasa Museum as we know it was finally open, almost thirty years after the ship was salvaged. 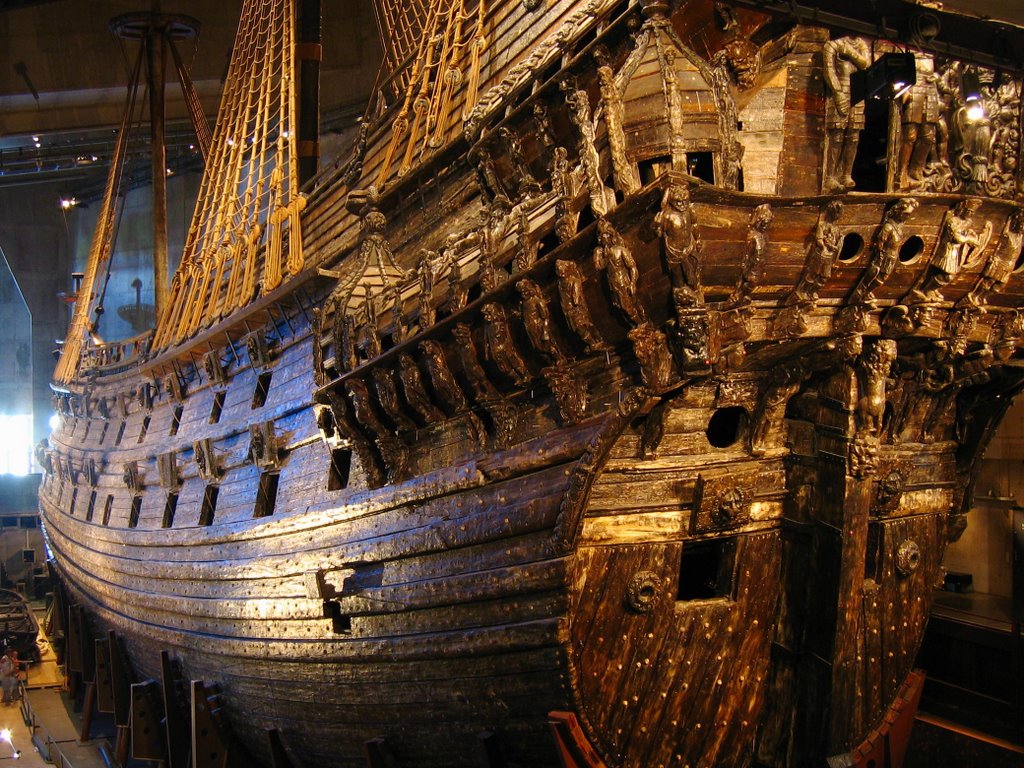 At the very entrance of the contemporary building you begin to realize at least two important things. First, you come to conclusion that modesty is maybe a virtue, but in the case of Vasa ship – it’s exactly the opposite. What makes it so attractive is the fact that Vasa ship is the embodiment of richness, even now, exposed inside the museum and with some of its glory stripped by the murky waters of Baltic Sea. The second important thing that you realize is why Vasa Museum is the most visited museum in Scandinavia. To put things as simple as possible – no matter how much time you spend staring at the impressive ornamentation of this behemoth ship, it just isn’t nearly enough. Vasa ship is not only interesting as an artifact of some bygone era. It is the testimony of human vanity (in this case, a vanity of one King, not the first and surely not the last) and also the monument of the everlasting search for artistry and beauty… we cannot be mad at King Gustavus Adolphus for asking his subjects to work on something as magnificent as Vasa ship is. When you stand next to it, admiring its sculptures and other decorations, you cannot but to ask yourself – is this badly-engineered gigantic piece of wood so impressive because it represents a whole different era, where beauty and craftsmanship of the artisans mattered way more than they matter now? That question is better to be left unanswered, but for what it’s worth – I think it is. 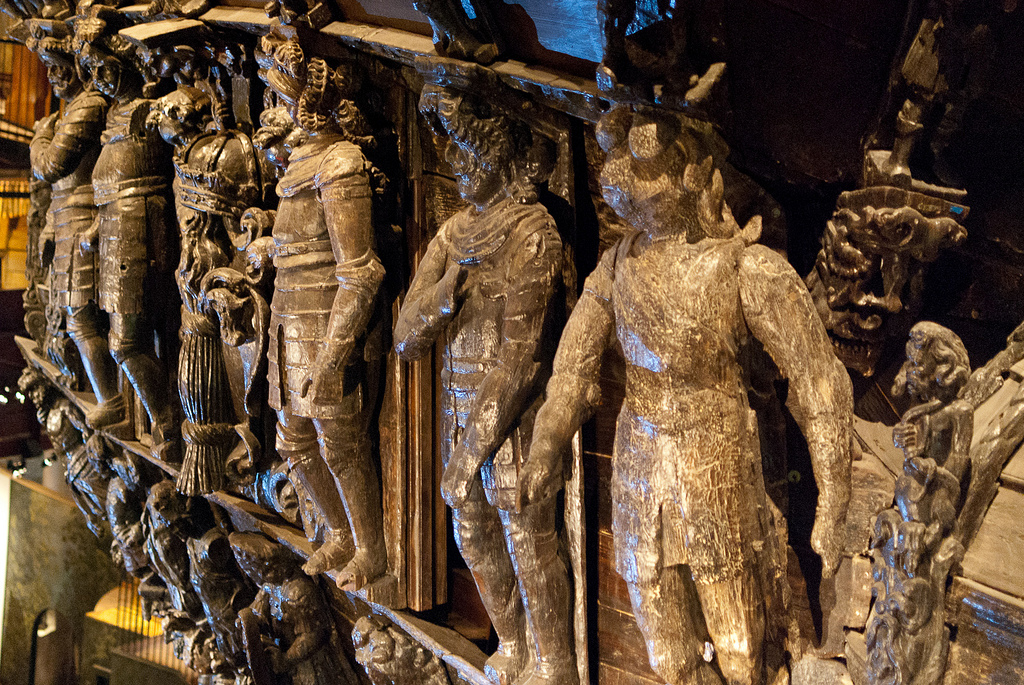 In 1627, Vasa warship was built. Made to lead Sweden’s Royal fleet, it infamously sank, but at the end of the day– it did a way more than it was supposed to do. It became one of the national monuments and a real symbol of the artistic excellence. And for that, we are grateful that it still exists, lonely but proud, situated in its permanent home of Vasamuseet in Stockholm.