Home » LIFESTYLE » TRAVEL » Stallmästaregården – A choice that is fit for royalty

Stallmästaregården – A choice that is fit for royalty 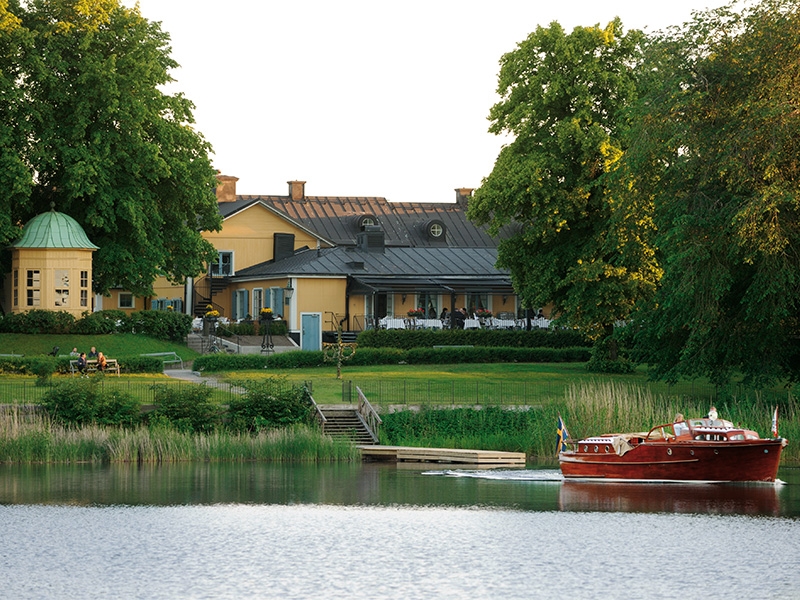 Visiting Stallmästaregården hotel in Stockholm, with an endless forest around it and magnificent view of the Royal Haga Park and Brunnsviken bay, was a simply mesmerizing experience. The hotel, which opened in 2000, presents a picturesque oasis, with overwhelming feel of tranquility of a luxury country retreat, even though it is just minutes away from the city center. Here you come to find inspiration, relaxation and a magnificent place for a romantic getaway.

Being Stockholm’s oldest inn. Stallmästaregården is in function since the 1600s, when it once hosted Sweden‘s Queen Kristina. Back in the day, the Queen often used to ride and hunt in the pastoral areas around Brunnsviken Bay. In 1645, she decided to celebrate the Midsummer holiday there, on the Ebbe Håkansson‘s farm. The rumor of this spread in the city and the stable master Håkansson decided to open an inn. 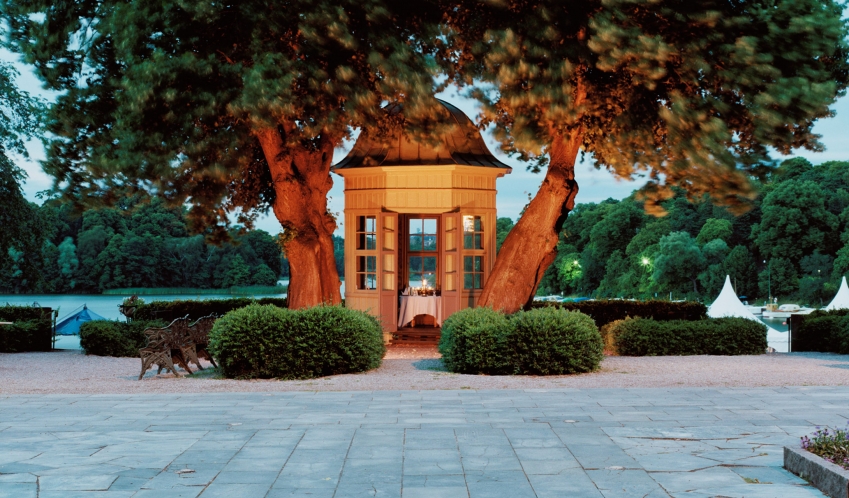 While being idyllically tucked between the forest and the lake, Stallmästaregården is actually closer to Stockholm’s city center than anyone can think. Its closest neighborhood, Vasastan (separated only by the highway) is full of restaurants, bars, shops and art galleries. In other words – all the necessities of modern urban life are right there, in a grasp of a hand. And that’s exactly what makes Stallmästaregården a hotel like no other. It combines the best of both worlds, and does it astonishingly good. 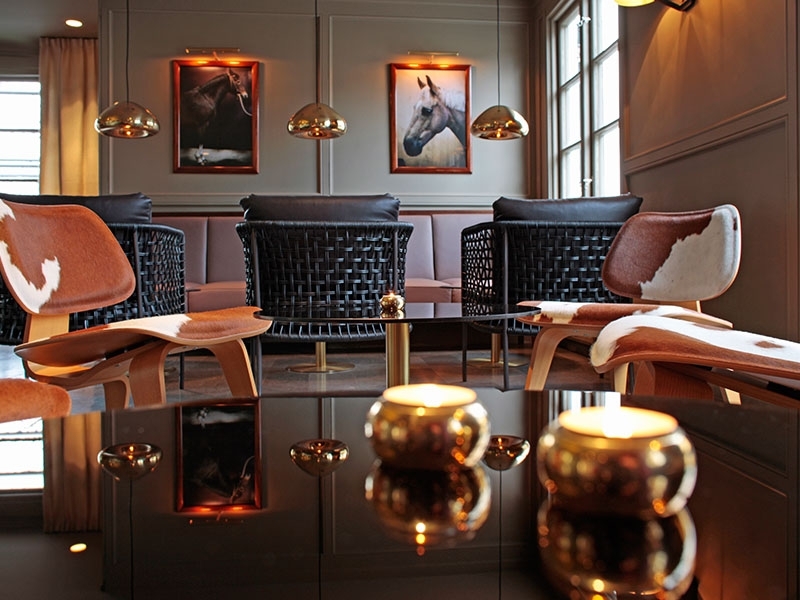 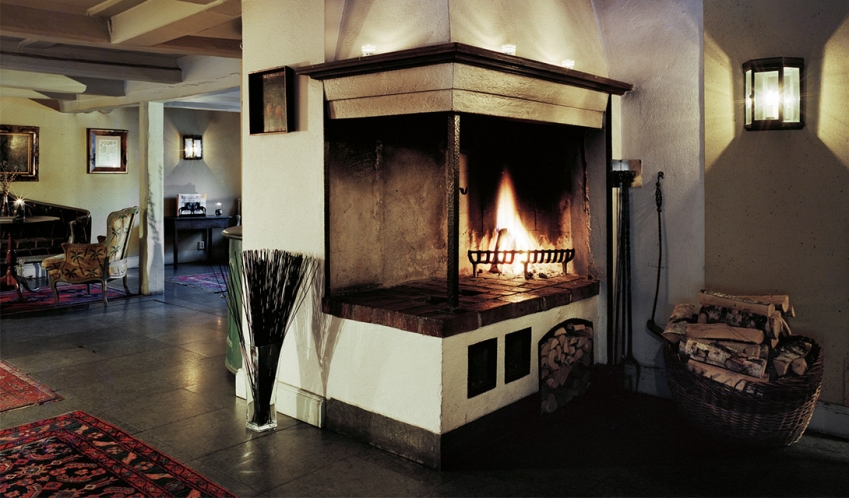 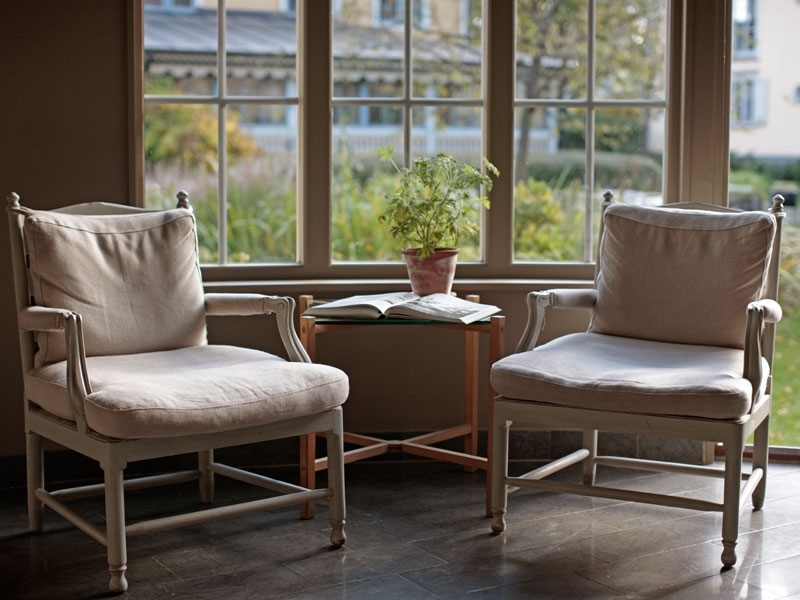 The atmosphere of peace and serenity is present everywhere

Now owned by the prestigious Nobis group, this four star property comprises forty-nine rooms, situated around the 17th-century farmhouse. Its interior is designed in 18th-century Swedish style, with pastel-colored walls and curtains with floral print. We stayed in the 40 sqm Junior Suite etage with split two levels, decorated in a typical Swedish style that felt quite homey and warm. The soft palette of whites and pale grays here pays tribute to this style while still feeling modern and fresh. On the first floor there is a living room with work area and a sofa set, where we enjoyed our nights in a splendid view on the hotels garden while drinking champagne. On the second floor is the bedroom with rustic style furniture, nature-inspired textures and simple and earthy colors. In the morning we woke up with an amazing view on the Brunnsviken bay. 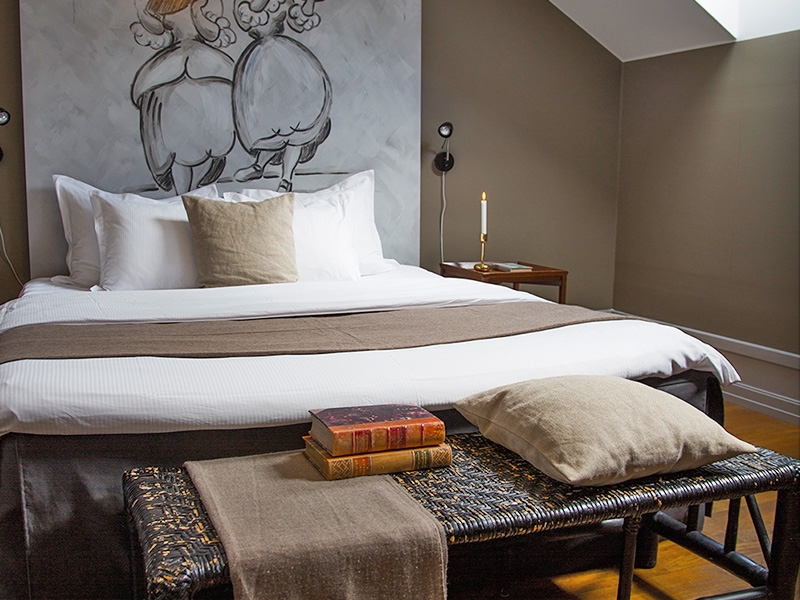 Rooms in Stallmästaregården are designed in 18th-century Swedish style

The restaurant in Stallmästaregården is Michelin-approved and its design is tasteful and luxurious. It was designed about 2012 in warm copper tones and have a long gastronomic heritage. Focus is maintained on Swedish cuisine with international inspiration. The dining room affords guests a view of the chef’s creativity in the open restaurant kitchen. 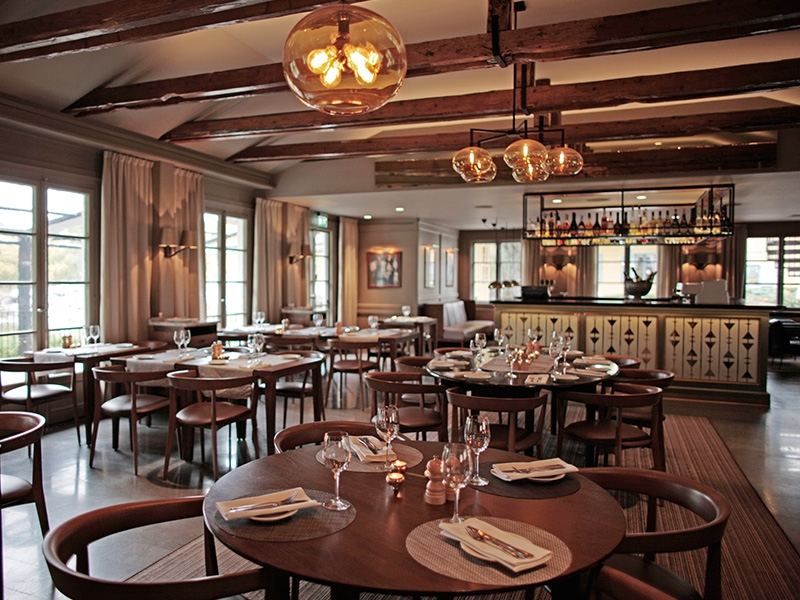 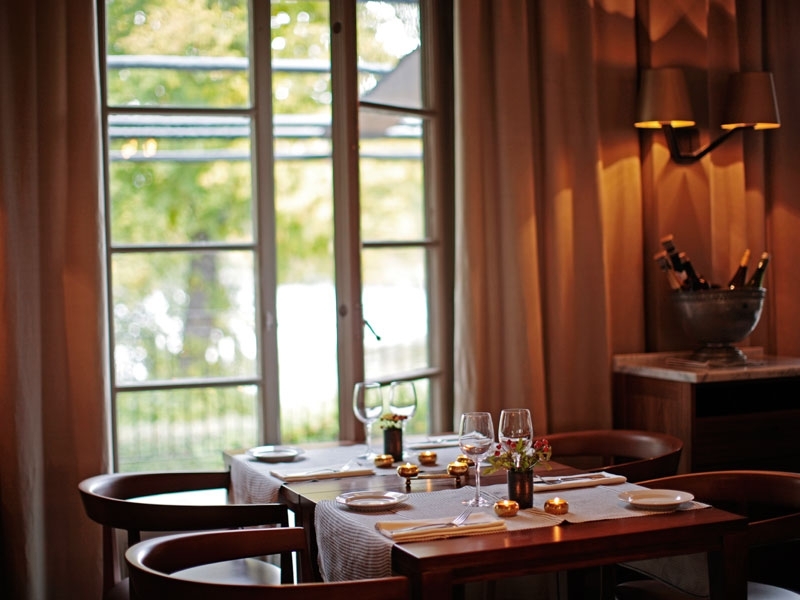 Wrapped in greenery from all sides, with the astonishing views of peaceful Lake Malaren, Stallmästaregården presents a perfect place for rest, both in physical and spiritual way, while offering the incomparable „joie de vivre“ feeling, that everybody needs and craves for.

We give very special thanks to Stockholm’s safe, punctual and efficient Uber system. We could quickly travel between different locations.

Nobis Hotel Stockholm – The socialites first address when in town

Nobis hotel opened in December 2010 in the heart of Stockholm, as a crown jewel of the prominent Nobis Group, which operates several hotels and restaurants in the city. It is one of the most luxurious hotels in Stockholm,...

Miss Clara is the Nobis Group’s new first-class hotel, located at Sveavägen 48 in Stockholm — one of the most bustling urban addresses in Sweden and the entire Nordic region. Miss Clara opened up 3 April 2014. The...

The driving force behind many of Stockholm’s top hotels, restaurants, and nightclubs isn’t Swedish at all. It’s Italian-born Alessandro Catenacci. Back in 1987, the Stockholm-based restaurant empire belonging to Scandinavian...