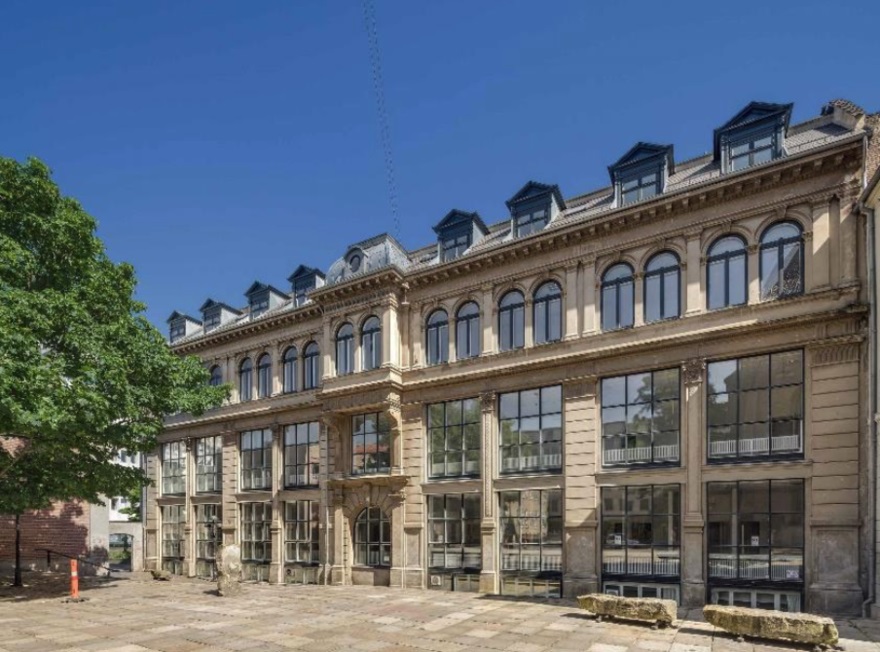 The first 25hours Hotel in Scandinavia is beginning to take shape. The three-building complex, situated in Copenhagen city center, is due to open in June 2021 and will feature 243 rooms. The 25hours Hotels company has been able to secure the services of three gastronomic partners, who will each be entering into new territory with the planned outlets in Scandinavia. 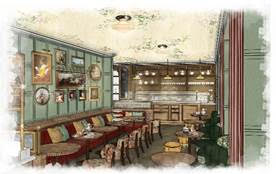 The newest addition to the 25hours family is the Italian pastry chef Melissa Forti. Melissa, who opened her first shop in 2009, designed the afternoon tea for the Royal Academy of Arts in London, wrote the bestselling book The Italian Baker and successfully runs Melissa’s Tea Room and Cakes in Italy, will open her first Café Duse at the 25hours Hotel in Copenhagen. With the café, which is named after the Italian stage actress Eleonora Giulia Amalia Duse, also known as “The Duse”, Melissa is focusing on two aspects which she feels strongly about – creating first-class products and providing outstanding and authentic service. Melissa chose the name to celebrate an icon of the past – a woman who transformed theatre and still has a big impact today. Forti says: “I want to use this opportunity to honor and celebrate this remarkable woman, and all exceptional women.” The pastry chef began her career 12 years ago baking Anglo-Saxon originals and went on to develop her own characteristic style, which involves combining old, long-forgotten Italian recipes with recipes from around the world. The result is an unmistakable combination of aromas and textures. Melissa adds: “I love seeking out ancient recipes and then tweaking them to give them a new and modern twist. Traditional meets contemporary!” Only select, organic products, the best eggs and butter and minimal quantities of sugar are used in her cakes and tarts. In addition to this, Melissa Forti does not use any gelatine or artificial colorings or additives as a matter of principle.

The other two partners will also be making their first foray into Scandinavia with the opening of the hotel in June 2021, but are already long-standing members of the 25hours family. On one hand, the Molcho family will open their seventh NENI restaurant at a 25hours Hotel. On the other hand, bar pioneer Jörg Meyer will open the doors to the fourth Boilerman Bar. 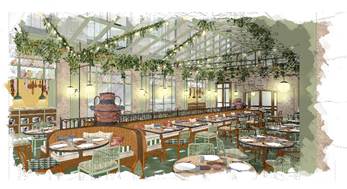 Haya Molcho is a passionate host, chef, restaurateur to the scene, cookery book author, wife of the legendary mime Samy Molcho and mother of four. She developed the concept for NENI together with her sons Nuriel, Elior, Nadiv and Ilan. Her cooking philosophy extends far beyond the borders of Austria. Under the guidance of 25hours, NENI has already conquered Zurich, Berlin and Hamburg, Munich, Cologne and Paris. Cooking, Israeli-style for the Molchos also means gathering inspiration from all kinds of national cuisines: from Persian to Russian, as well as from Arabic and French cuisine to and German. Chinese, Indian and Thai influences gradually permeated Haya’s cookery too, from the many years she spent accompanying her husband on tour. Her approach is transnational: she thinks in terms of global, rather than national, cuisines. All of these experiences and influences fuse together to create her very own, eclectic cuisine. “I call it nomadic cuisine,” says 25hours Managing Director Michael End, adding: “Our restaurant concept creates a blend of the senses.” In this way, NENI cultivates the idea of communal eating, sharing food and celebrating indulgence. Everyone should try a bit of everything. In a true 25hours style, the service is informal, warm and personal – eating at NENI means feeling like part of the family. 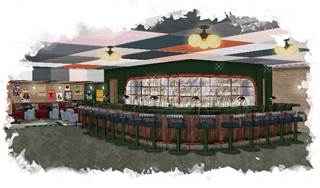 The Boilerman Bar is a small, sophisticated and distinctive venue with lots of charm and character. The creative mind behind it is the internationally acclaimed bar entrepreneur, Jörg Meyer, from Hamburg. “We teamed up with Jörg Meyer to develop a smart and unique bar concept,” says a delighted Bernd Gieske, Director of Food & Beverage, who values the bar pioneer as a firmly established player on Hamburg’s food and drink scene. So what does the name Boilerman Bar mean? It relates to the history of highballs. A highball was once a signal used in the American railway system. Train drivers catching sight of a raised ball when traveling through the station immediately knew: you’re late, get a move on! The boilerman was the guy who had to stack the furnace to really get the engine going. The bartenders at the Boilerman Bar are responsible for stoking the fires and taking the guests on a trip to discover stylishly delicious drinks.

For more information on all of the 25hours Hotels, visit: 25hours-hotels.com

25hours is a smart hotel idea characterized by personality with charming and relaxed service, which seeks to find contemporary answers to the demands of urban, cosmopolitan travelers. The brand focuses on individuality, authenticity, and character, and designs each of its hotels in partnership with various designers and in a unique style, under the motto “Know one, know none”. The 25hours Hotel company was founded in 2005 by Stephan Gerhard, Ardi Goldman, Christoph Hoffmann, and Kai Hollmann, and today operates 13 hotels in German-speaking countries as well as one in Paris. There are also more openings scheduled: 25hours Hotel Florence, 25hours Hotel Dubai (2020) and 25hours Hotel Copenhagen (2021). The 25hours Hotel company formed a strategic alliance with AccorHotels in 2016. Europe‘s largest hotel group holds a 50 percent stake in the dynamic hotel group. Hotel projects around the globe are being jointly pursued.