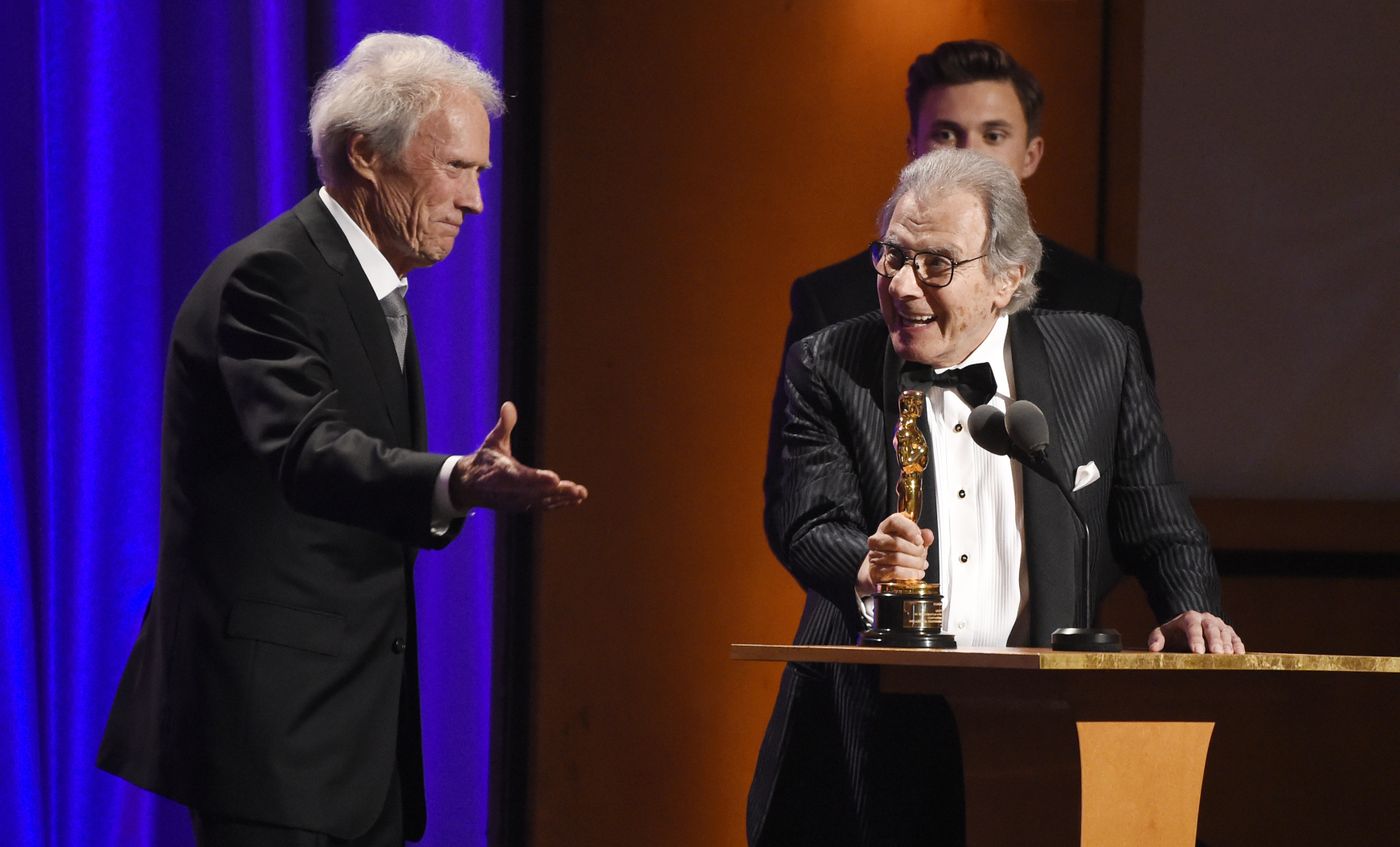 The Board of Governors of the Academy of Motion Picture Arts and Sciences presented Honorary Awards to publicist Marvin Levy, composer Lalo Schifrin and actress Cicely Tyson, and the Irving G. Thalberg Memorial Award to producers Kathleen Kennedy and Frank Marshall. The three Oscar statuettes and Thalberg Award were presented at the Academy’s 10th Annual Governors Awards on Sunday, November 18, at the Ray Dolby Ballroom at Hollywood & Highland Center. 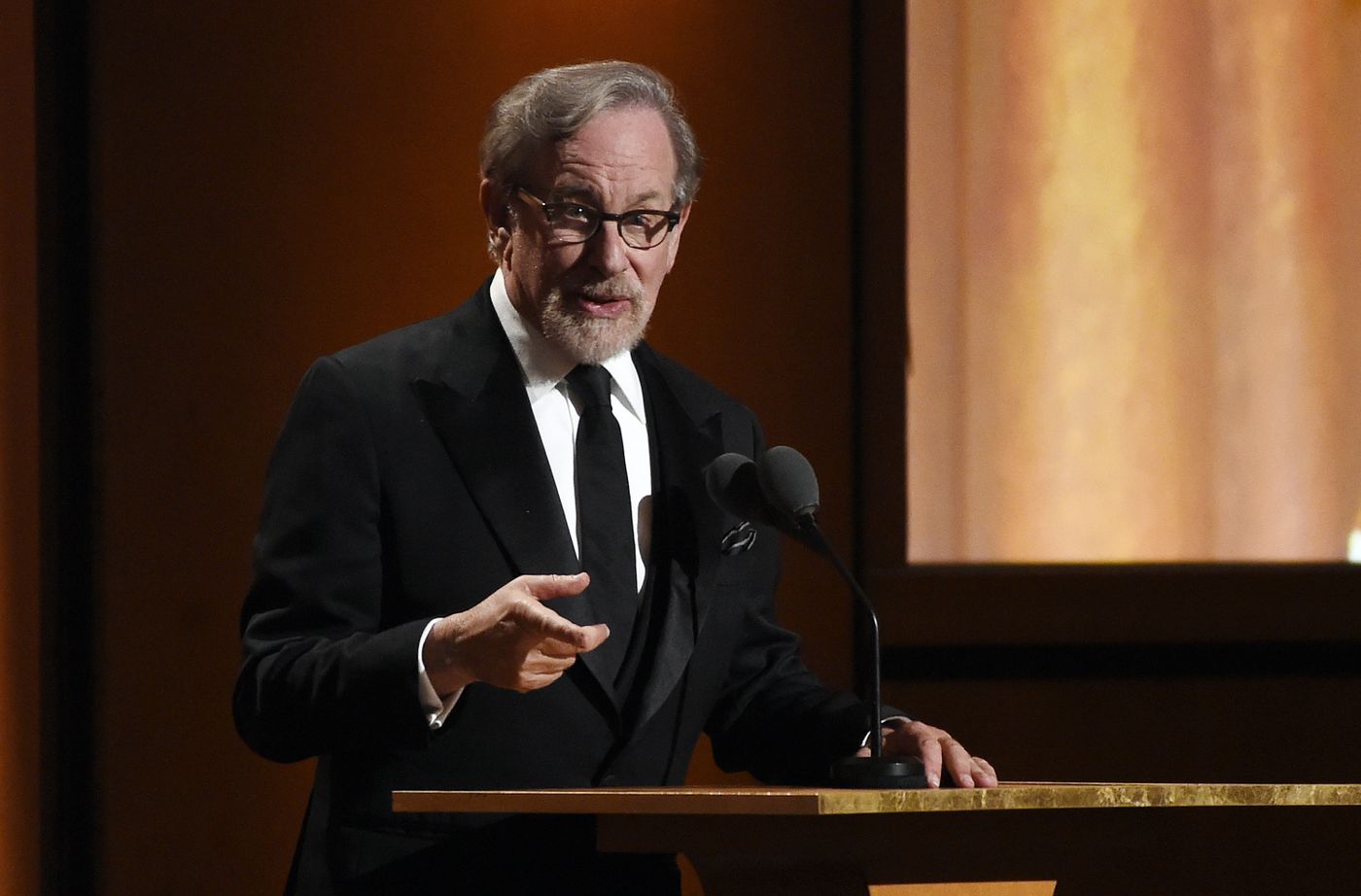 Steven Spielberg was among the presenters

“Choosing the honorees for its awards each year is the happiest of all the Board of Governors’ work. And this year, its selection of five iconic artists was made with universal acclaim by the Academy’s 54 spirited governors.” said Academy President John Bailey. 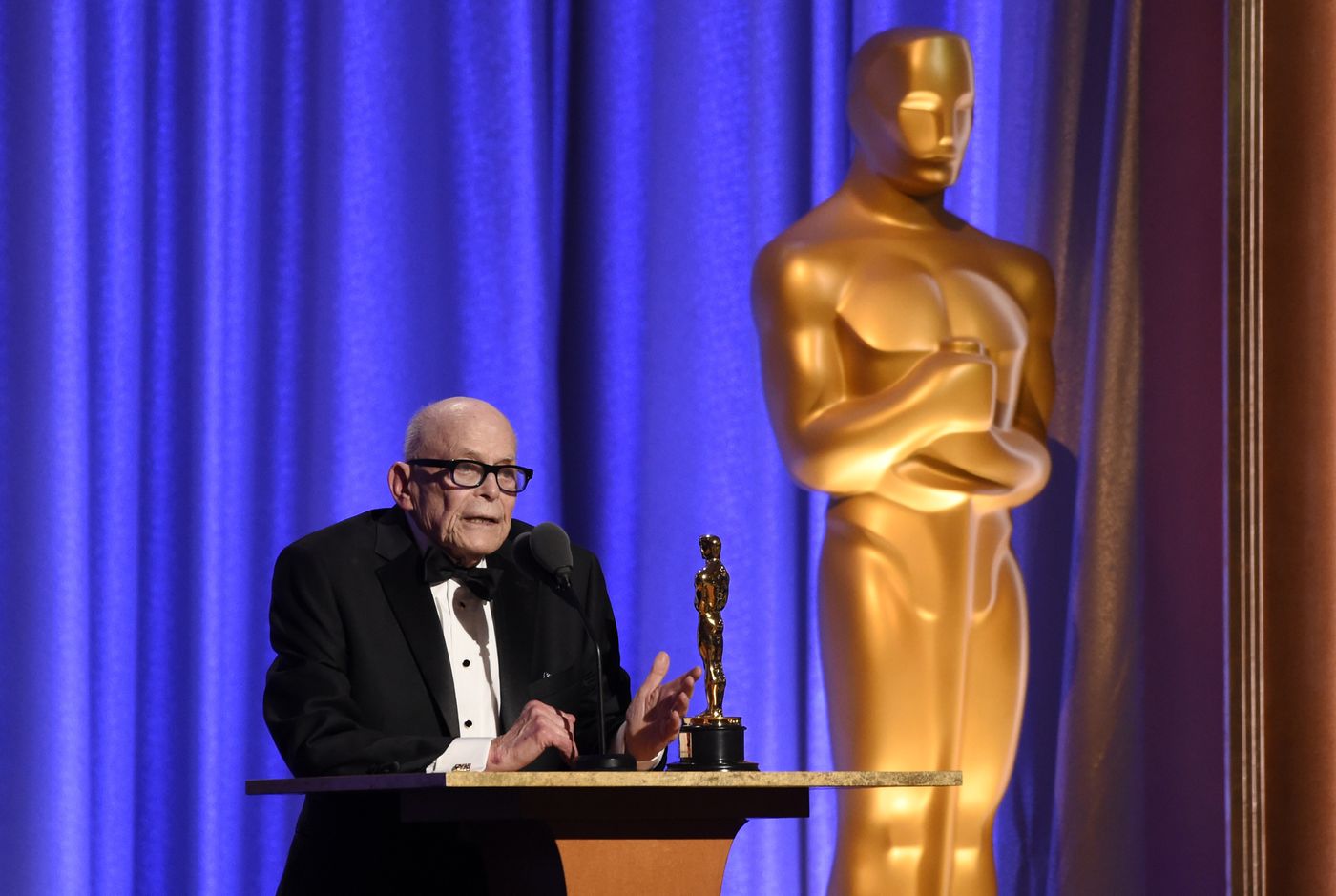 Levy began his career in publicity working for MGM in New York City before joining Columbia Pictures in Hollywood, where he guided the advertising for films including “The Deep” and “Kramer vs. Kramer.” His work for the 1977 film “Close Encounters of the Third Kind” marked the beginning of a four-decade-long partnership with Steven Spielberg. Levy has held positions at Amblin Entertainment, DreamWorks Studios and Amblin Partners, and has worked on publicity campaigns for such films as “E.T. The Extra Terrestrial,” “Back to the Future,” “Who Framed Roger Rabbit,” “Schindler’s List,” “Saving Private Ryan,” “American Beauty,” “Gladiator” and “Lincoln.” Levy is the first publicist to receive an Honorary Oscar.

Born and raised in Argentina, Schifrin studied classical music and jazz in France before beginning to compose for film in Buenos Aires in the mid-1950s. He has written scores for more than 100 films, including “The Cincinnati Kid,” “Bullitt,” “Dirty Harry,” “Enter the Dragon” and “Rush Hour.” His memorable theme for the television series “Mission: Impossible” has been a hallmark of the recent film series. He has received six Oscar nominations, for the original scores for “Cool Hand Luke” (1967), “The Fox” (1968), “Voyage of the Damned” (1976) and “The Amityville Horror” (1979), the original song “People Alone” from “The Competition” (1980) and the adaptation score for “The Sting II” (1983). 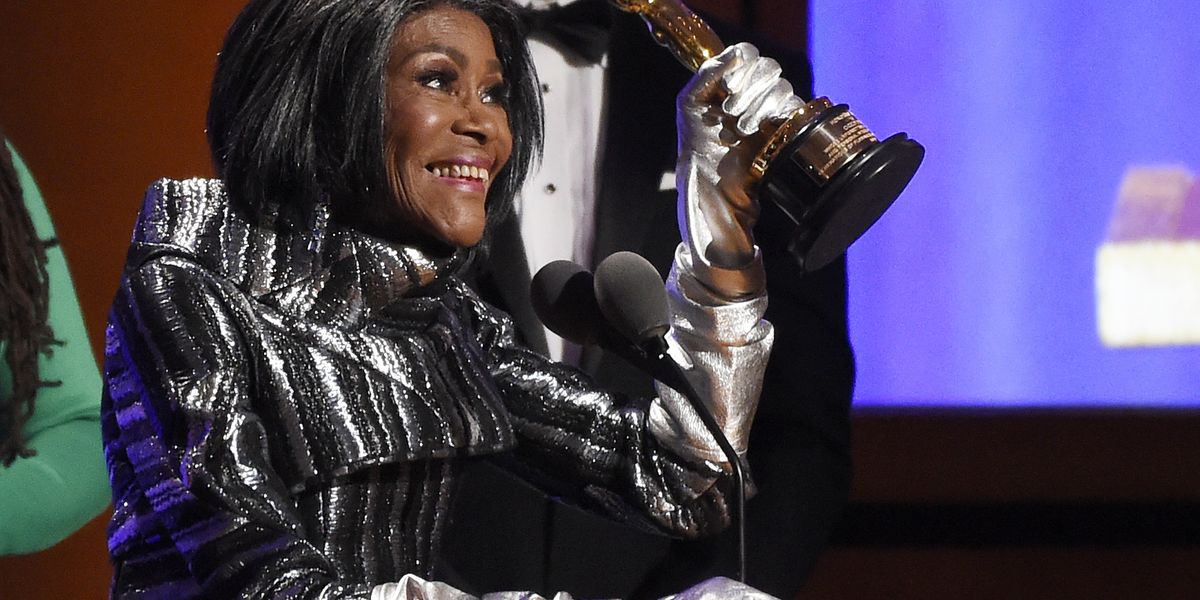 Raised in Harlem, Tyson began her career as a model and a theater actress, appearing both on Broadway and Off-Broadway. After playing small roles in feature films and television, she was cast as Portia in “The Heart Is a Lonely Hunter” in 1968. Four years later, she received an Oscar nomination for her leading performance in “Sounder.” Her other notable film credits include “The River Niger,” “Fried Green Tomatoes,” “Diary of a Mad Black Woman,” “The Help,” “Alex Cross” and “Last Flag Flying.” 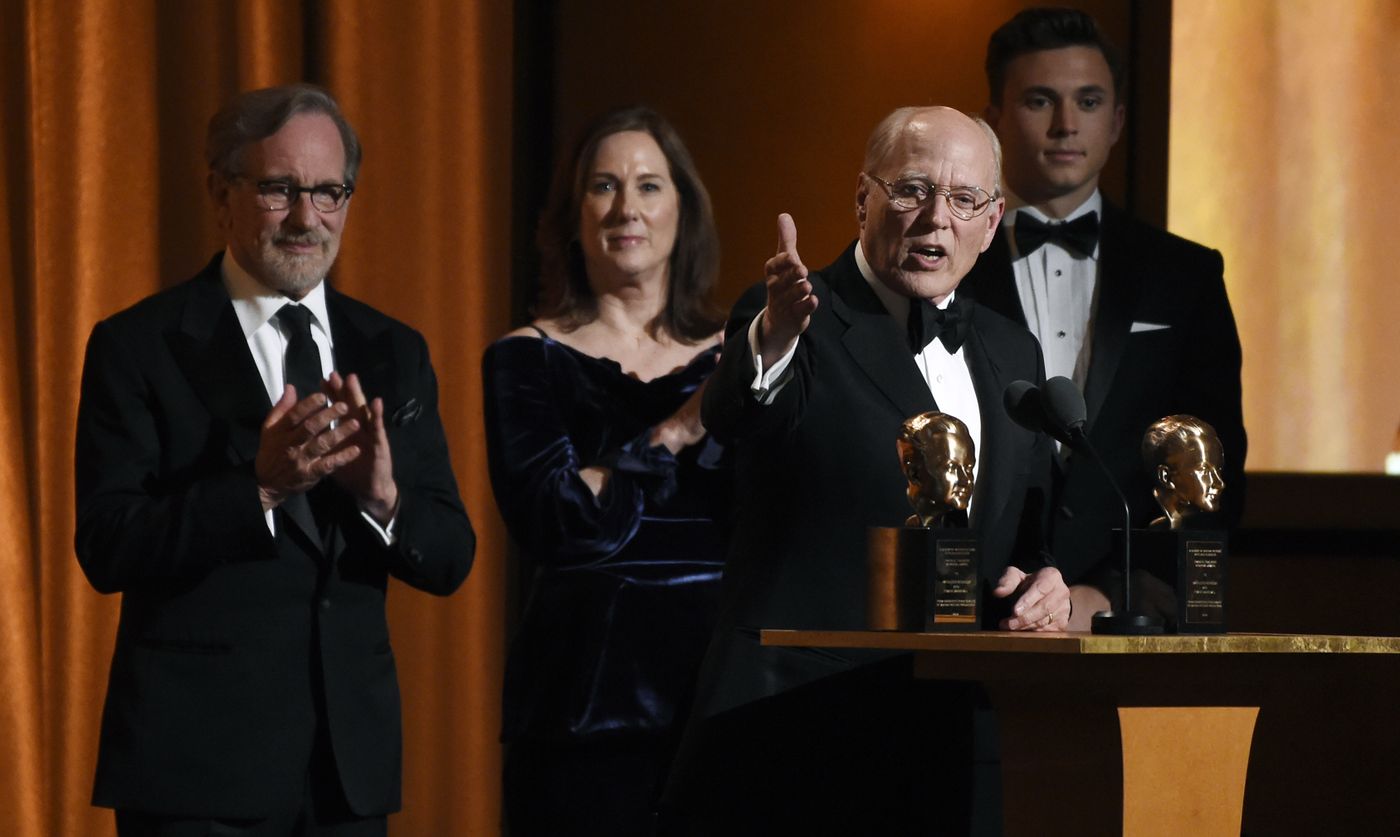 The Kennedy/Marshall producing partnership, formed in 1991, has generated Best Picture nominations for “The Sixth Sense” (1999), “Seabiscuit” (2003), “Munich” (2005) and “The Curious Case of Benjamin Button” (2008). Kennedy/Marshall Company productions also include “Congo,” all five “Bourne” films, and “The Diving Bell and the Butterfly.” Prior to forming Kennedy/Marshall, the duo co-founded Amblin Productions with Steven Spielberg, sharing a Best Picture nomination for “The Color Purple” (1985). Additionally, Marshall received a Best Picture nomination for “Raiders of the Lost Ark” (1981), while Kennedy was nominated in the same category for “E.T. The Extra-Terrestrial” (1982), “War Horse” (2011) and “Lincoln” (2012). Kennedy is the first woman to receive the Thalberg Award.

The Honorary Award, an Oscar statuette, is given “to honor extraordinary distinction in lifetime achievement, exceptional contributions to the state of motion picture arts and sciences, or for outstanding service to the Academy.” The Irving G. Thalberg Memorial Award, a bust of the motion picture executive, is presented to creative producers “whose body of work reflects a consistently high quality of motion picture production.”