Fashion Week Guide to the Best Spots in Paris 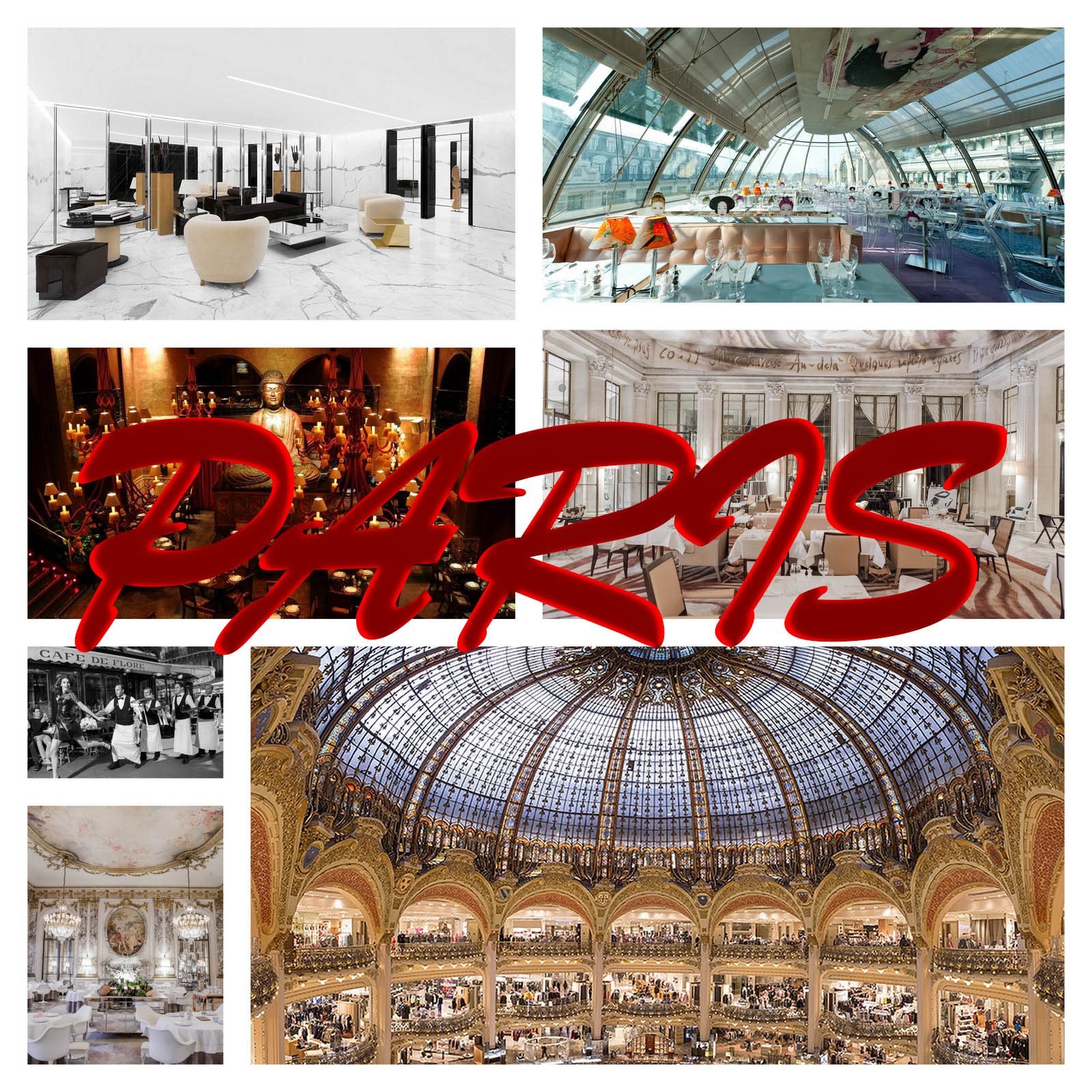 “We’ll always have Paris,” said Humphrey Bogart in Casablanca. One of the world’s most beautiful cities with its golden stone facades and famous monuments hides some of the most astonishing hotels, amazing restaurants, bars and shops. However well you think you know Paris, there is always something new to discover. We have spent two weeks in The City of lights, during and after the fashion week that started 28th February and ended 8th March. And no matter how thrilled we were to see all the new collections, we simply needed to indulge in all the charms and beauty that this city has to offer. We bring you our favorite places for the final week of the fashion month.

Le Meurice is a true gem among Parisian palaces, owned by the prestigious Dorchester Collection that also includes the Plaza Athénée hotel which we had a chance to visit last year. Located on the rue de Rivoli between the Louvre and the Place de la Concorde, it’s in the best location with views of the Tuileries Gardens, the Musée d’Orsay, and the Eiffel Tower. The hotel is designed as a classic French Palace with Louis XVI decor. Le Meurice was known trough centuries as The Hotel of Kings and Queens, Salvador Dalí spent at least once month a year here and now fashion royalties such as Anna Wintour and worlds celebrities Angelina Jolie, Kylie Minogue, Jennifer Lopez and Beyonce among many chose this hotel as a home in Paris. We had a true regal experience here. 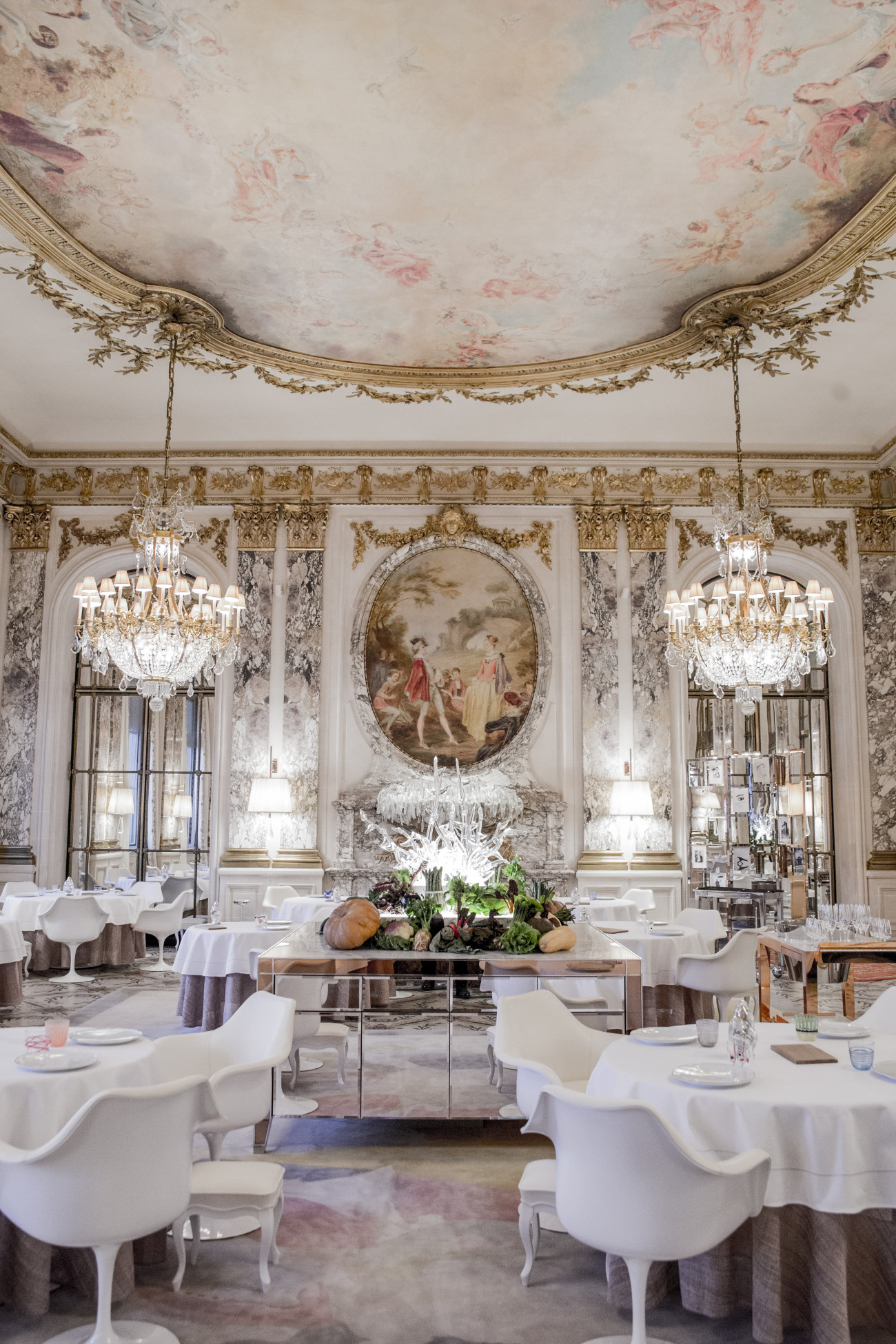 La Maison Champs Elysées is a symbol of Haute Couture with a very close relation to fashion industry. Its impeccable design is work of Belgian designer, Martin Margiela, one of the most avant-garde designers today. Located between avenue Montaigne and the Grand Palais, La Maison Champs Elysées presents a pure minimalism perfection, enhanced by an incredible attention to details. Their “White Cover Suite” presents the most DNA of La Maison Martin Margiela where you feel as designer’s personal guest or that you are in hidden chambers of the fashion house itself. Everything is white and minimal, except here instead of models Martin Margiela covered paintings with white linen, and also sofas and bed. Lamp is covered with white jacket. On the ceiling above the bed is a distorted mirror.

MonHotel is a lovely boutique hotel, situated in a quiet and elegant Rue d’Argentine, in the prestigious 16th arrondissement, which is to Paris what the Upper East Side is to New York – a very affluent, chic and well-known section of town. So, waking up here and later having breakfast in their Michelin-starred restaurant Le Daniel’s gives you relaxed and peaceful feeling, especially because of its darker interior. You begin a new day with ease, ready for the fashion shows and after parties. It is very near famous club L’Arc, which interior is designed by Lenny Kravitz. So for us MonHotel was a perfect base from which we could visit all the fashion week after parties. 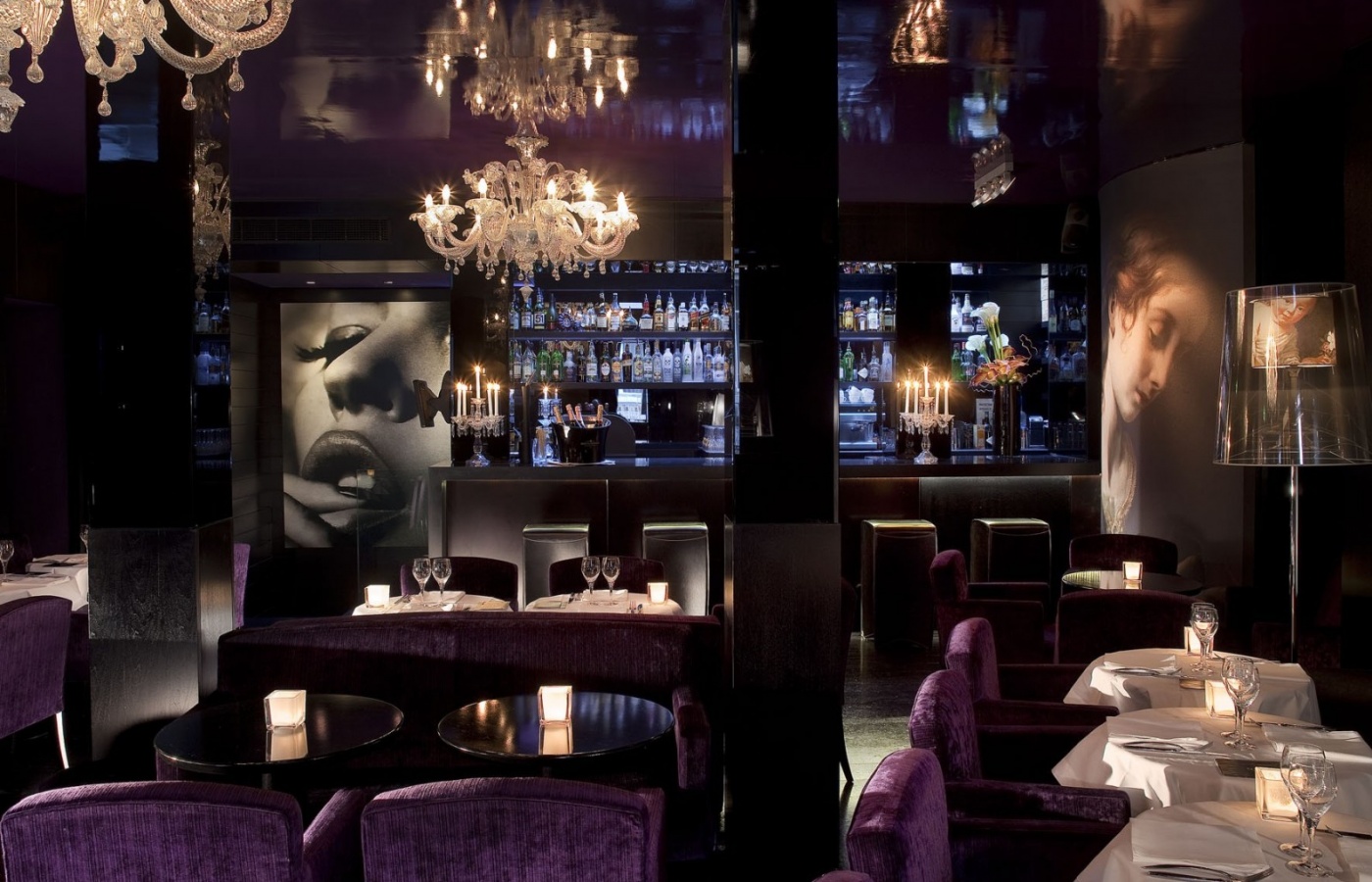 Located in the heart of the 8th arrondissement and facing the Arc de Triomphe, it brings out Parisian life in all its substance and diversity from Haussmann to fashionable store Colette. Our Deluxe room was maybe the highlight of our stay, because it looked over the always busy Haussmann Boulevard, which gave us the everyday glimpse in the lives of the ordinary Parisians. Touches of luxury are evident on literally every step, including the bed headboards wrapped in Damascus silk that only punctuate already posh atmosphere. La Villa Haussmann boasts amazing indoor swimming pool and hammam that gives you perfect opportunity to relax. 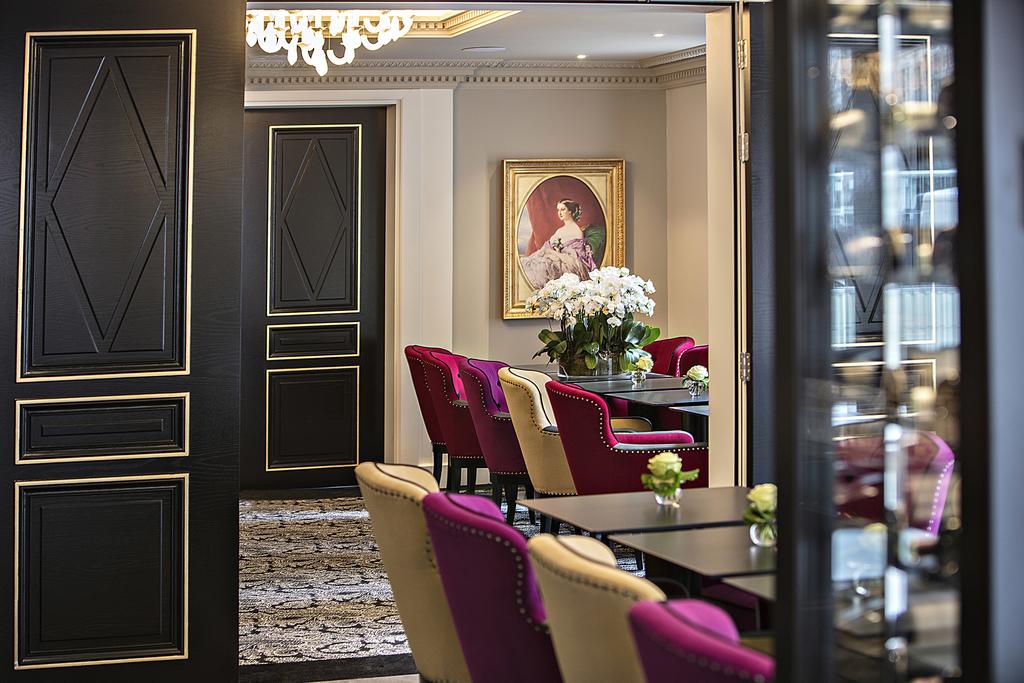 In the heart of fashionable Madeleine district, near Galeries Lafayette and Printemps department stores, lays this very stylish boutique hotel. Chavanel is designed in very sophisticated manner with dominant white and beige colors, floral graphics on the bed headboards and stand out peaces like conceptual lamps. The hotel is eco friendly and breakfast contains organic food. 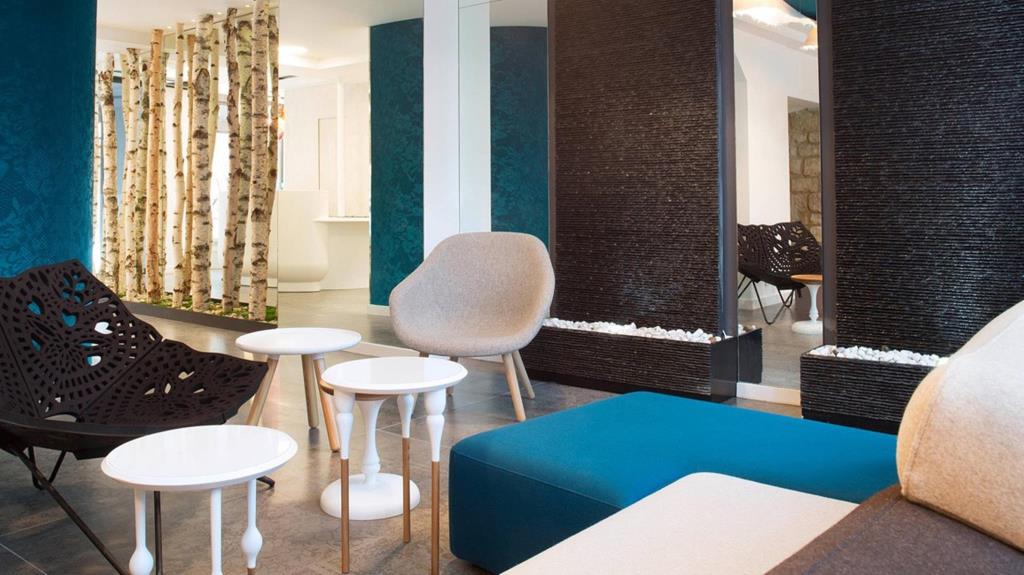 Near the Jardin des Tuileries and the Saint-Honore market, the Rue Saint-Honore beats to the exciting rhythm of Parisian life. Between concept stores, major brands and designer boutiques, it symbolizes the creative frenzy that is the soul of the French metropolis and it is acclaimed by fashion professionals. 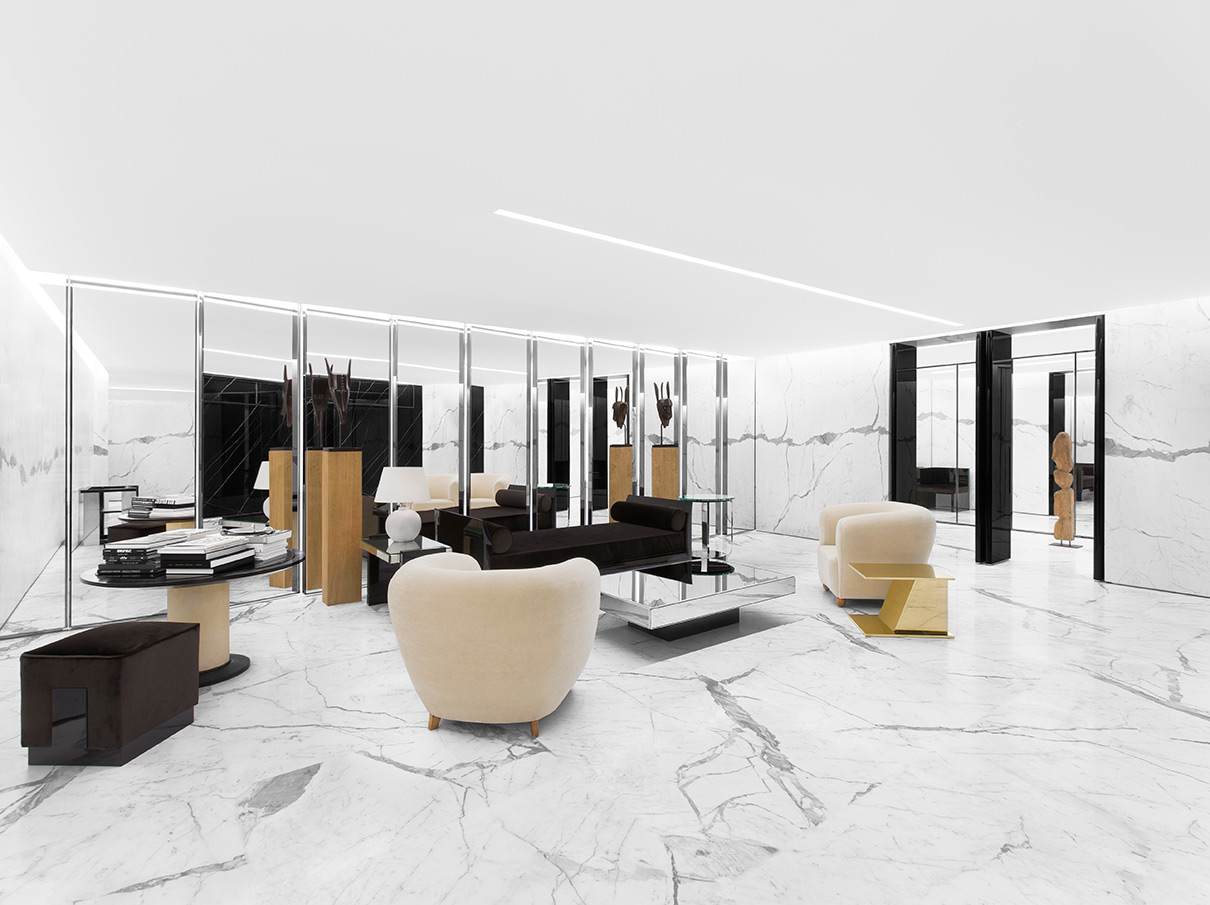 The Avenue Montaigne, at the very heart of the Golden Triangle, is the home to quite a few sumptuous international haute couture boutiques like Dior, Chanel, Valentino, Dolce&Gabbana, Gucci, Celine, Hermès, and Prada.

Co-founded in 1997 by multitalented Milan Vukmirovic, Colette Rousseau and her daughter Sarah Andelman, Parisian store Colette quickly became a place to go for fashion-forward individuals. This cult place boasts an interesting cultural section, which has a wide range of artists books, indie magazines, photography journals, and publications. Also, alongside latest offerings from the houses like Comme des Garçons, Lanvin, Gareth Pugh, and recently even Dior, Colette is well known for its legendary water bar that serves more than 100 different types of water. 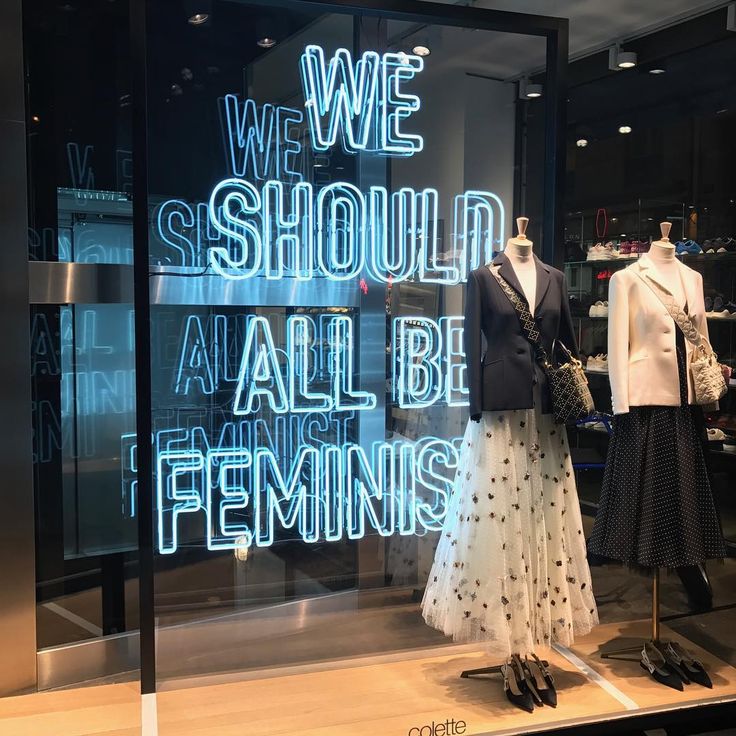 If you are in a search for something extraordinary and unique, this is a place to visit.

Les Trois Marchés de Catherine B is a dream place for all the lovers of vintage Chanel and Hermès. Catherine B is an expert for Hermès and Chanel and for over two decades she has collected and assembled the best pieces of the biggest French brands. In her museum-like shop you may find an encyclopedic collection of Hermès scarves, selection of Kelly, Birkin, and Mademoiselle bags, as well as some exceptionally rare pieces and true collector items from these prestigious fashion houses, such as an extremely limited edition Chanel bike or a Hermès bag from the turn of the 20th century. Catherine has established relationships with both classic French houses, which helps her to chose pieces with interesting patinas and provenances.

Galeries Lafayette Haussmann has become a Paris‘ icon since its creation in 1894. This department store is the second most visited monument, after the Eiffel Tower. More than 3,500 brands from around the world, ranging from the affordable to luxury, can be found in the three buildings, along with 25 restaurants. Galeries Lafayette has long enjoyed strong links with the worlds of fashion and contemporary design. The Haussmann department store regularly hosts prestigious events, showcasing key designers of the moment as well as introducing its customers to artists whose work has endured the test of time. 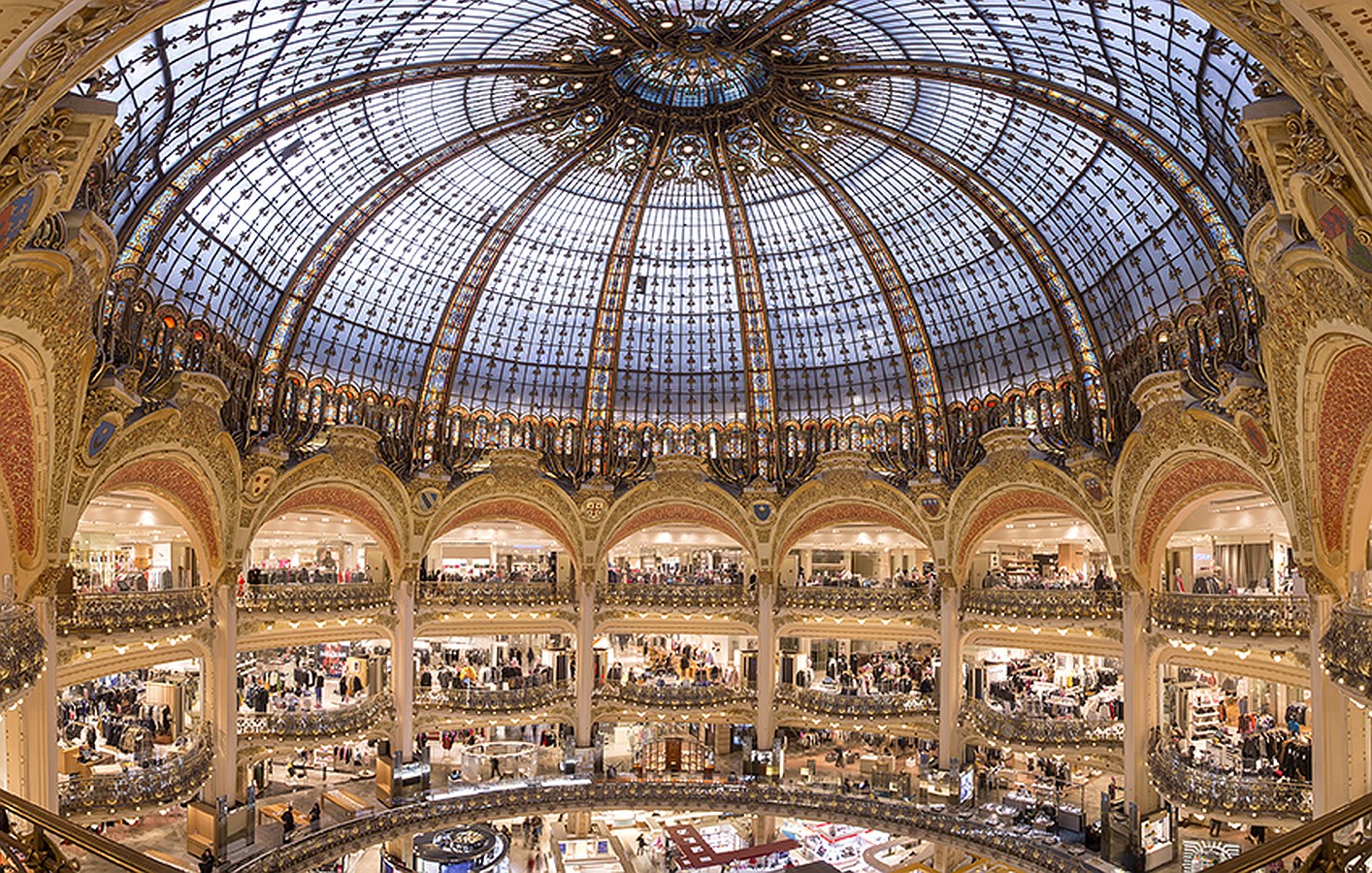 Created in 1865 by the visionary Jules Jaluzot, the Printemps Haussmann is today one of the major reference stores in Paris. It is divided into three stores: Printemps Style (9 floors), Printemps Home and Beauty (11 floors) and Printemps for Men (7 floors). With its panoramic terrace, its magnificent Art Deco cupola, its facade and spectacular showcases, it presents a chic selection of the best French and international brands.

The most prestigious neighbourhood in the capital provides a haven for the Buddha-Bar Hotel Paris. A short walk from the Elysée, Place de la Madeleine, and the luxury boutiques on Rue du Faubourg Saint-Honoré, it is the latest...