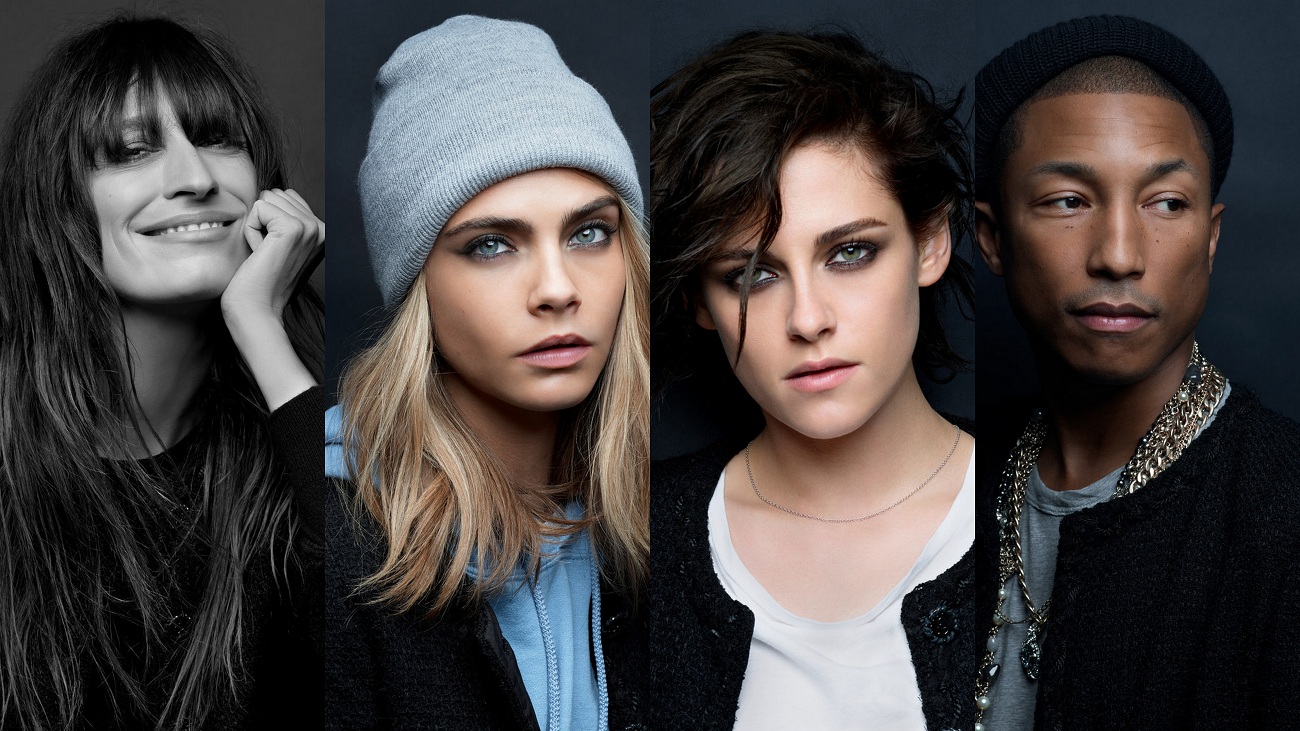 Who is Gabrielle? Karl Lagerfeld has conceived a campaign in four parts, based around four muses for the launch of his new bag dedicated to the founder of the House. Four short films were released featuring brand muses and ambassadors Kristen Stewart, Cara Delevingne, Caroline de Maigret and Pharrell Williams.

Filmed at a frenetic pace by Australian director Daniel Askill, Kristen Stewart goes to meet the spirit of Gabrielle.

For Cara Delevingne, Japanese director Shishi Yamazaki has imagined a film using rotoscoping, like an urban pop cartoon in which the young woman plays the leading role.

In front of Olivier Assayas’s camera, Caroline de Maigret embodies the Parisienne par excellence in a black and white ambiance of a Haussmannian apartment.

As for Pharrell Williams, we see him through the eyes of director Antoine Carlier, having fun in an empty concert hall. In each of the films the magical and mysterious aura of Gabrielle Chanel is present.

Photos and videos: Courtesy of Chanel