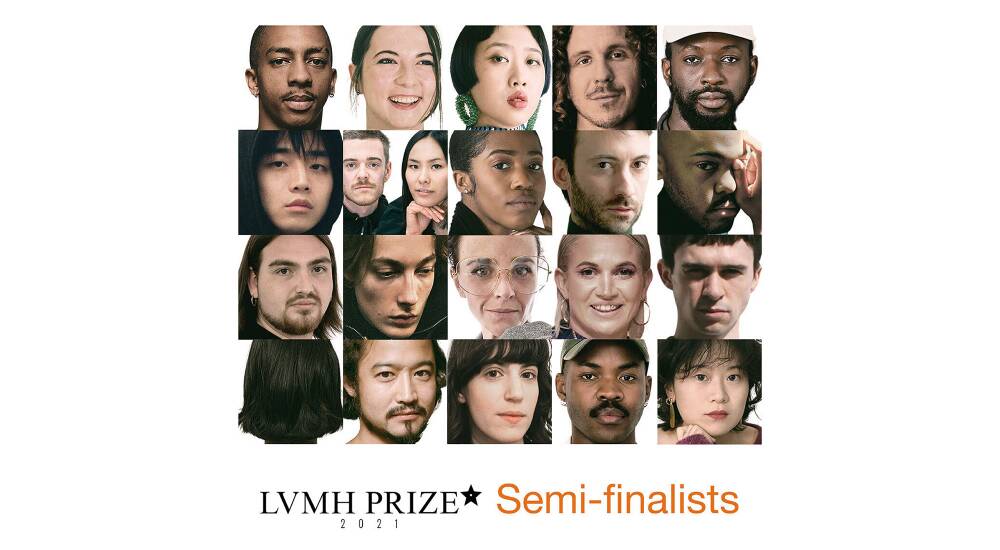 LVMH announces the list of the 20 candidates selected: Digital semi-final, vote of the experts and, for the first time, vote of the public. This year once more, the LVMH Prize for Young Fashion Designers has proved a great success internationally: the new edition of the Prize attracted over 1,900 candidates worldwide. For the 8th year running, this event under the patronage of LVMH since 2013 has contributed to supporting young designers.

Among the many applications, 20 young brands and their designers were selected for the semi-final. These semi-finalists come from China, France, Italy, Japan, Lebanon, Nigeria, South Africa, South Korea, the United Kingdom and the United States, and, for the first time, from Albania and Colombia, thus expressing a great diversity of cultures and talents.

This year, exceptionally, as a result of the restrictions imposed by the pandemic, the LVMH Prize has set up a digital platform: from 6th April to 11th April 2021, the 20 semi-finalists competing this year for the final of the LVMH Prize will be showcased on the dedicated website lvmhprize.com, to learn about their collections, their creative world and their personalities.

Delphine Arnault declares: “I am very grateful to all the candidates from more than 110 countries for taking part in this year’s competition and I would like to congratulate the semi-finalists. This semi-final will be entirely digital, and we wanted to open it to the greatest number of people: for the first time, the LVMH Prize will give the public the opportunity to discover the twenty semi-finalists on the lvmhprize.com website and to vote for the candidate of their choice. All the semi-finalists have incorporated a responsible stance in their creative vision: use of innovative or traditional materials, upcycling, recycled fibres, artisanal and local approaches. These initiatives echo the shift in the fashion and luxury industries. Among the semi-finalists, seven do womenswear, five menswear, and two do both womenswear and menswear. Six of them design genderless collections. This edition also saw the return of knitwear, body-conscious garments and the celebration of color among certain designers. I am also delighted to welcome Naomi Osaka, a committed and outstanding tennis champion, the ambassador of this edition who will accompany us to the final. Finally, five inspiring personalities have joined our prestigious Committee of Experts this year: Bella Hadid, model; Samira Nasr, editor-in-chief of Harper’s Bazaar US; Léa Seydoux, actress; Aleksandra Woroniecka, fashion director of Vogue Paris; Margaret Zhang, editor-in-chief of Vogue China. All this promises a very rich and exciting 2021 edition.”

The 20 Brands Selected For The Semi-Final: 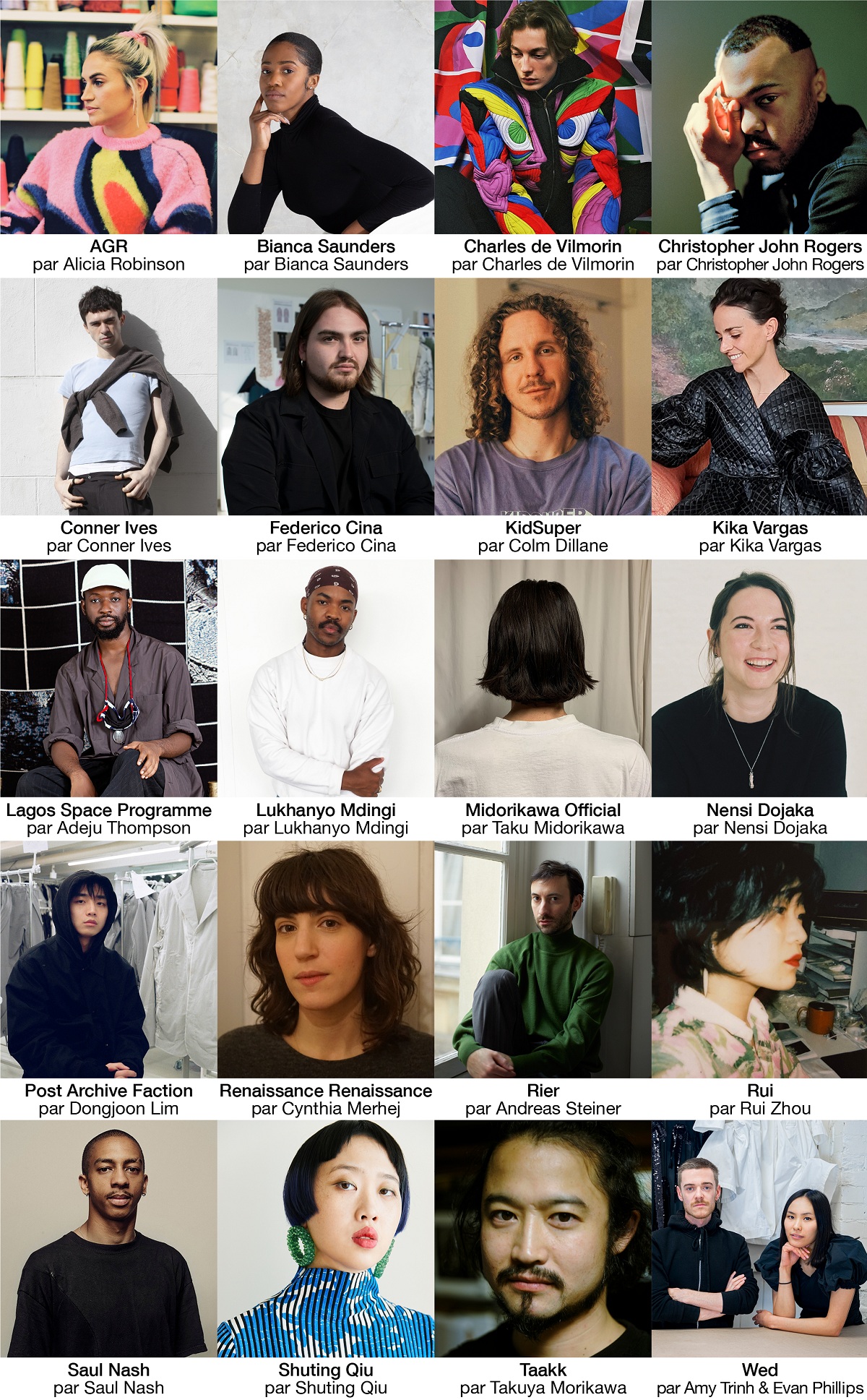 AGR by Alicia Robinson, womenswear and menswear, British designer based in London

TAAKK by Takuya Morikawa, menswear, Japanese designer based in Tokyo

WED by Amy Trinh and Evan Phillips, womenswear, British designers based in London

Another innovation: this 2021 edition will see the possibility for everyone to discover the semi-finalists and to vote for their favorite candidate. This year, the public becomes an Expert of the LVMH Prize.

The winner of the LVMH Prize for Young Fashion Designers receives a €300,000 endowment and benefits from a one-year bespoke mentorship program provided by a dedicated LVMH team.

The Karl Lagerfeld/Special Jury Prize rewards a young designer with €150,000 and a mentorship program.

In addition, the Prize distinguishes three young fashion-school graduates who have completed their studies in 2020 or 2021 by allocating them, as well as their school, a €10,000 grant. The prize-winning graduates will join the creative studio of an LVMH Group House for one year.