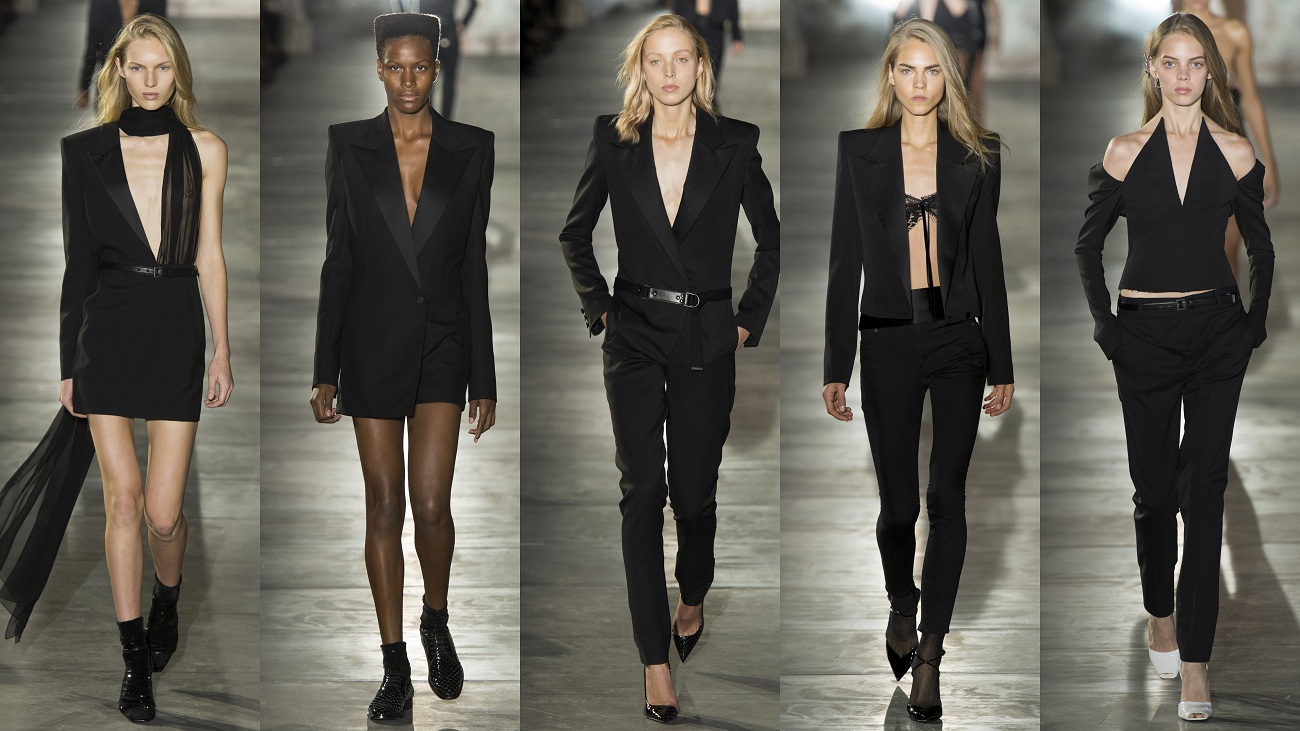 Anthony Vaccarello presented his highly anticipated debut collection for Saint Laurent at Paris Fashion Week. Talented Belgian designer actually closed his own line to solely focus on the French giant, and if we are to judge by this collection – he is doing just fine! 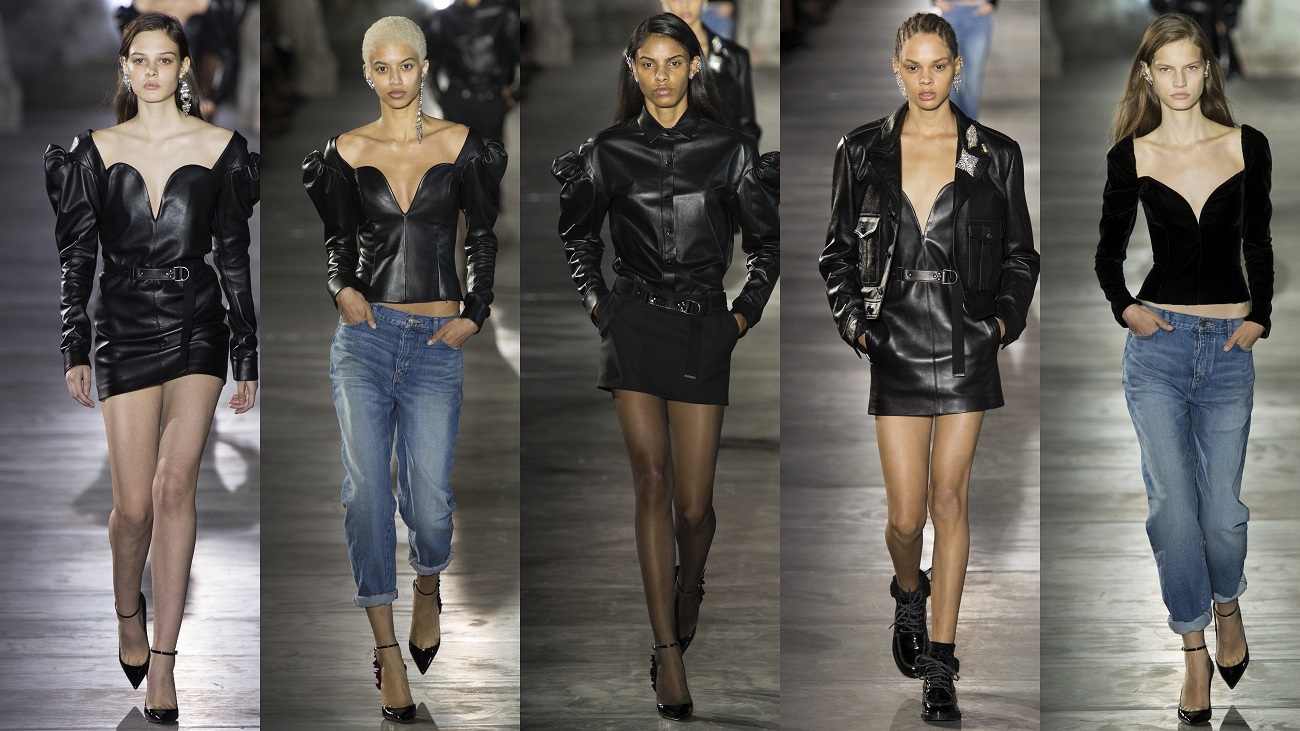 Vaccarello chose Saint Laurent headquarters as a stage for his debut. This former monastery and military base was up to the challenge, becoming a perfect backdrop for Vaccarello’s creations. 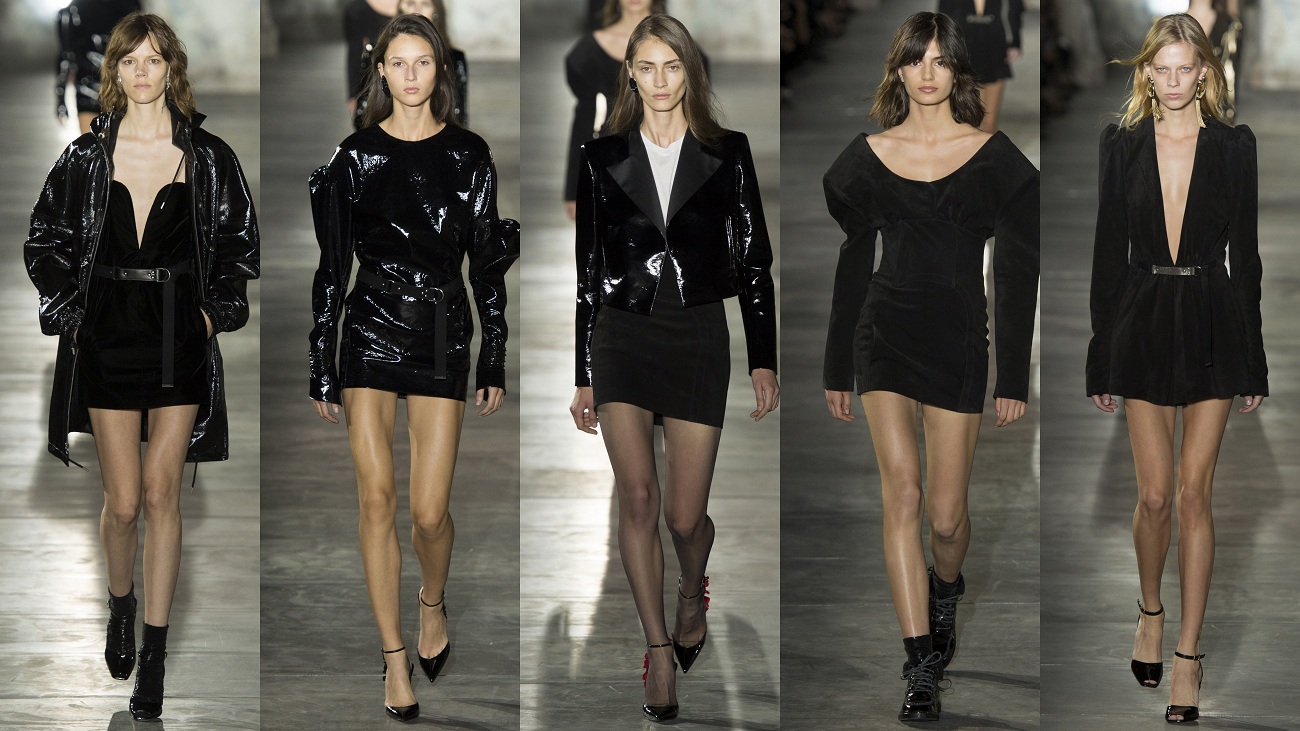 After departure of Saint Laurent’s celebrated Creative Director Hedi Slimane, under whose reign label reached a new heights when it comes to sales, Anthony Vaccarello had a difficult task to either try to continue Slimane’s winning streak by imitating his distinctive style, or to change the pace of things a little bit and stir Saint Laurent in slightly different direction. He chose wisely, and what we have in front of us is a brand new vision of our favorite label, respectful to previous designs, but in the end – totally Vaccarello’s. 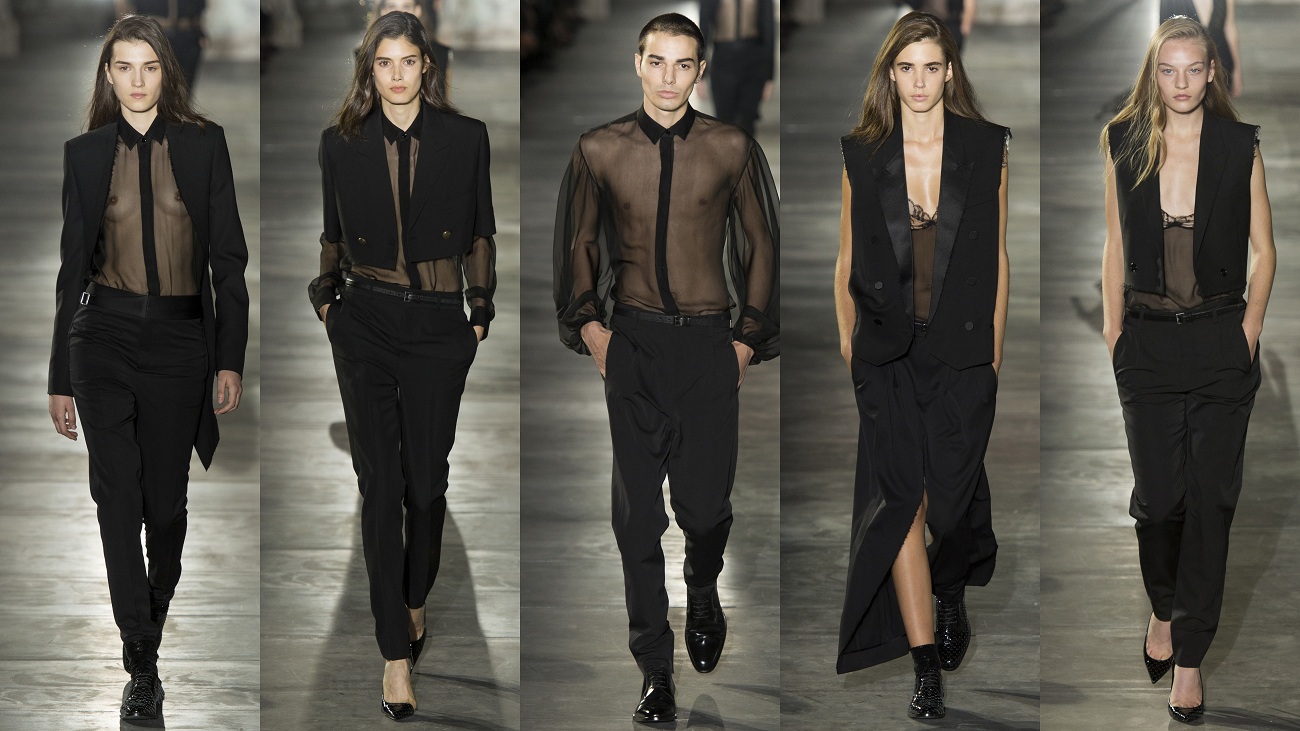 To say that complete collection was inspired by the 80s would be a bit of a stretch, but some (large) parts of it definitely are. Plunging bustier tops (in leather or velvet), pelmet skirts, boyfriend jeans and puffed-shouldered dress are just some of the examples, as well as Vaccarello’s takes on the one-shouldered dresses. When asked who is the “new Saint Laurent girl“, designer said: “She’s certainly not bourgeois or classic. She has a huge respect for Saint Laurent, but not in the first degree. So I thought of her taking a vintage dress and cutting into it.” 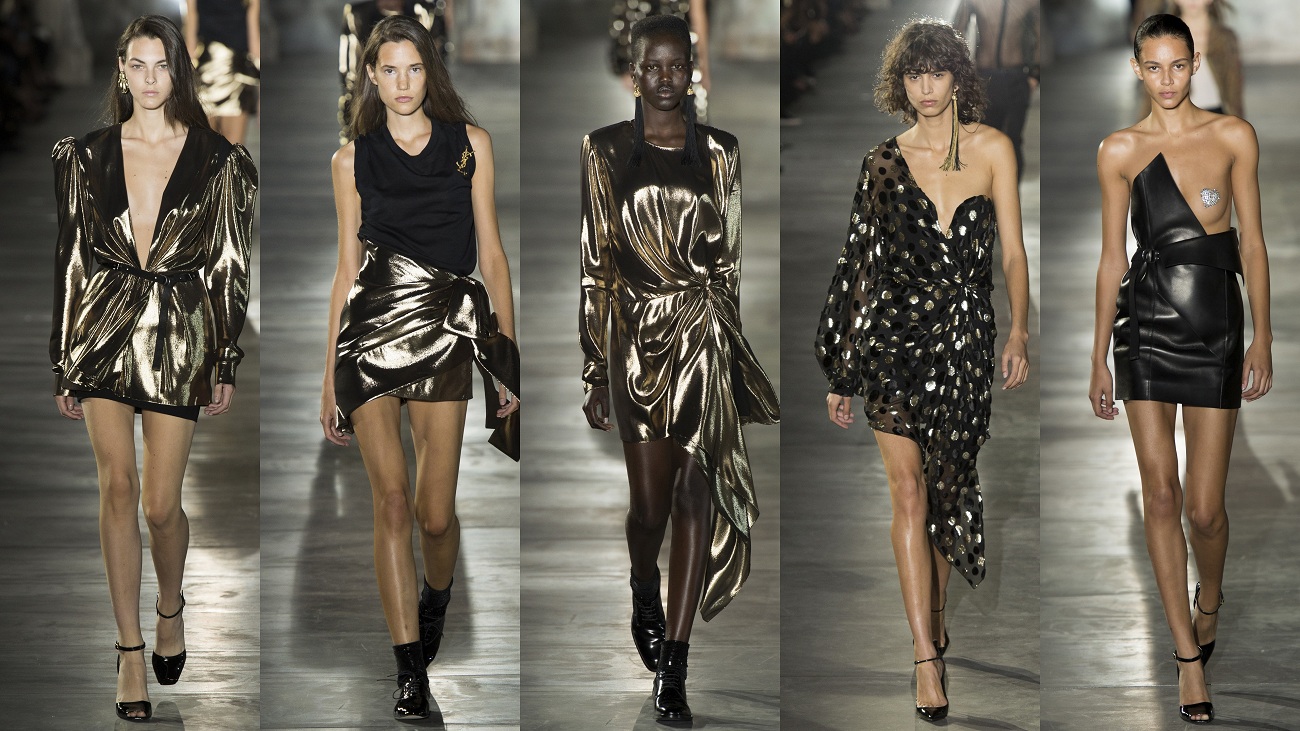 Whether Vacarello’s vision will be as commercially successful as Slimane’s is yet to be seen, but what we can all agree after his debut show is that the prominent French house is definitely in a good hands. 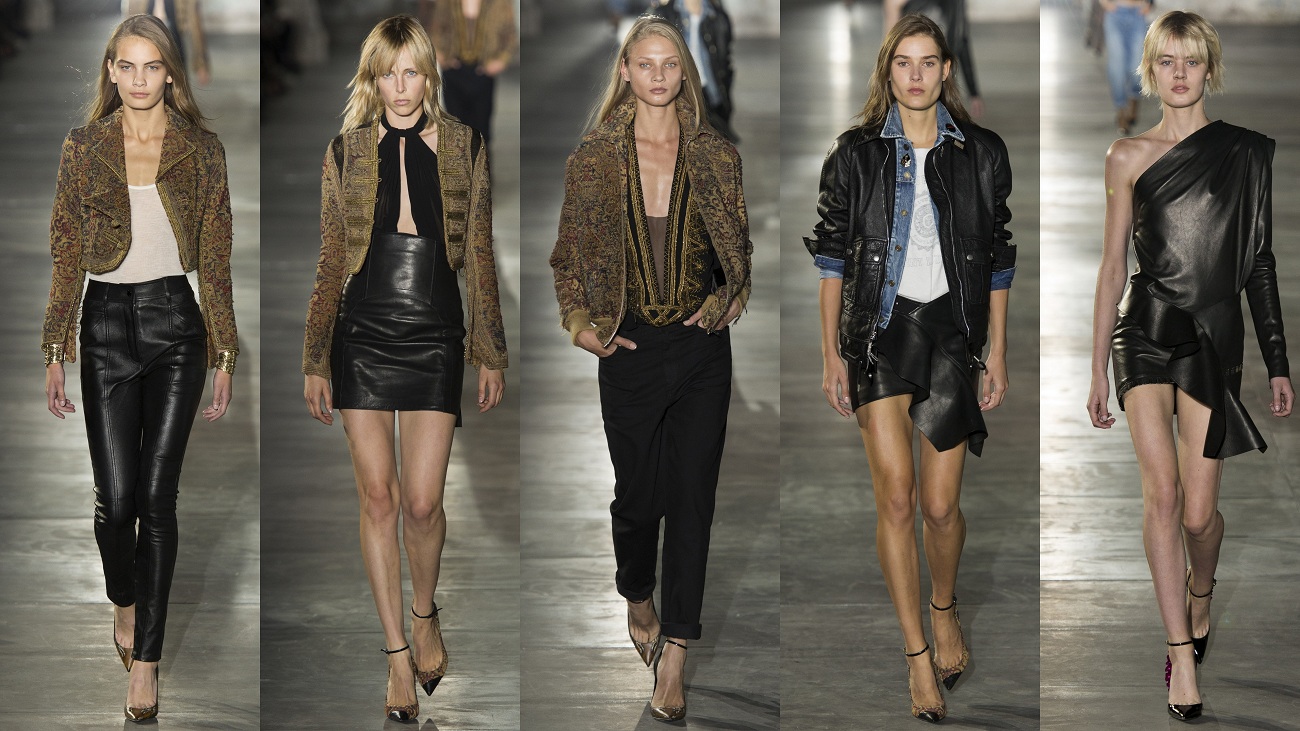 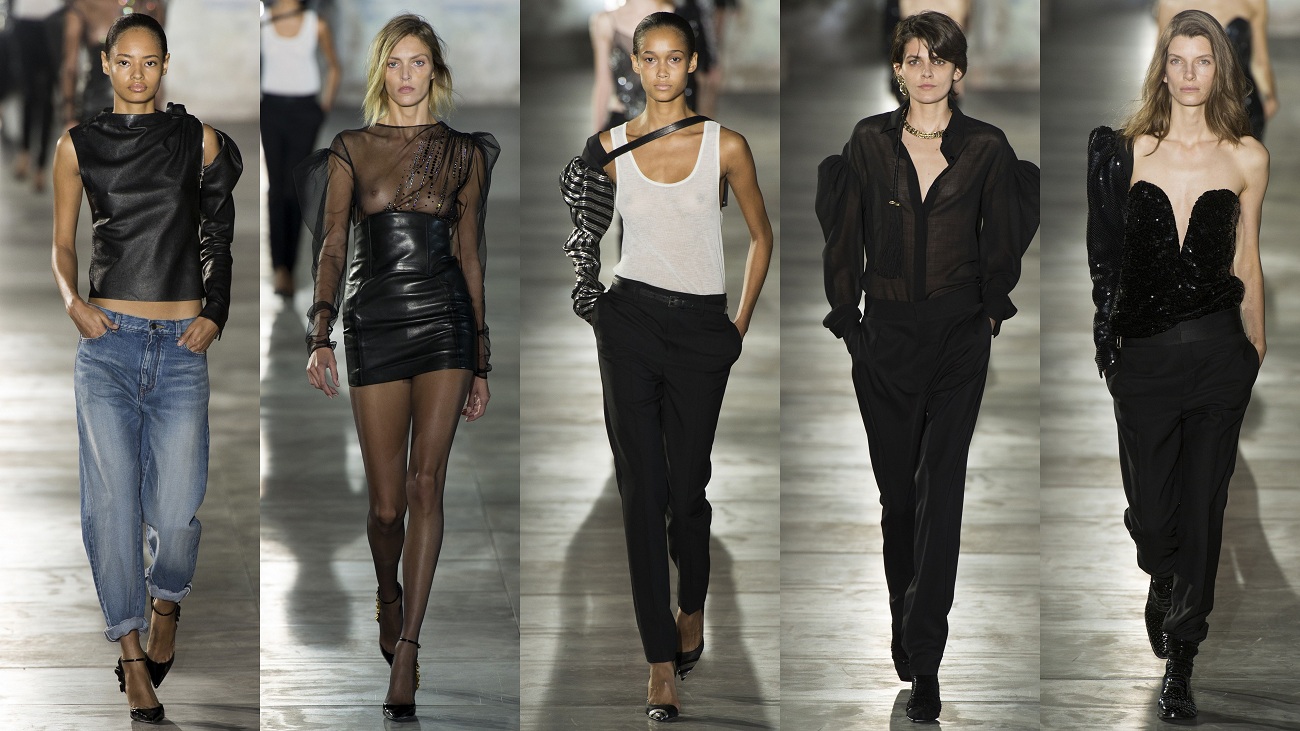 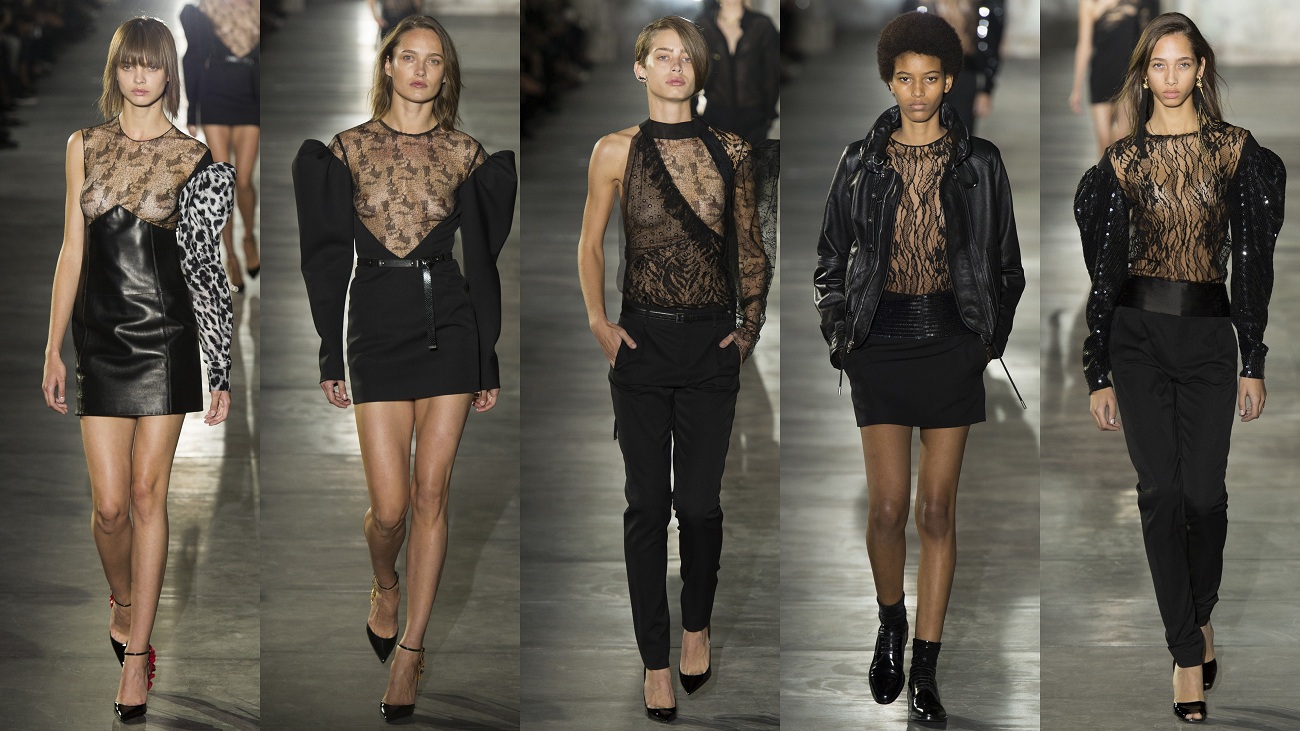 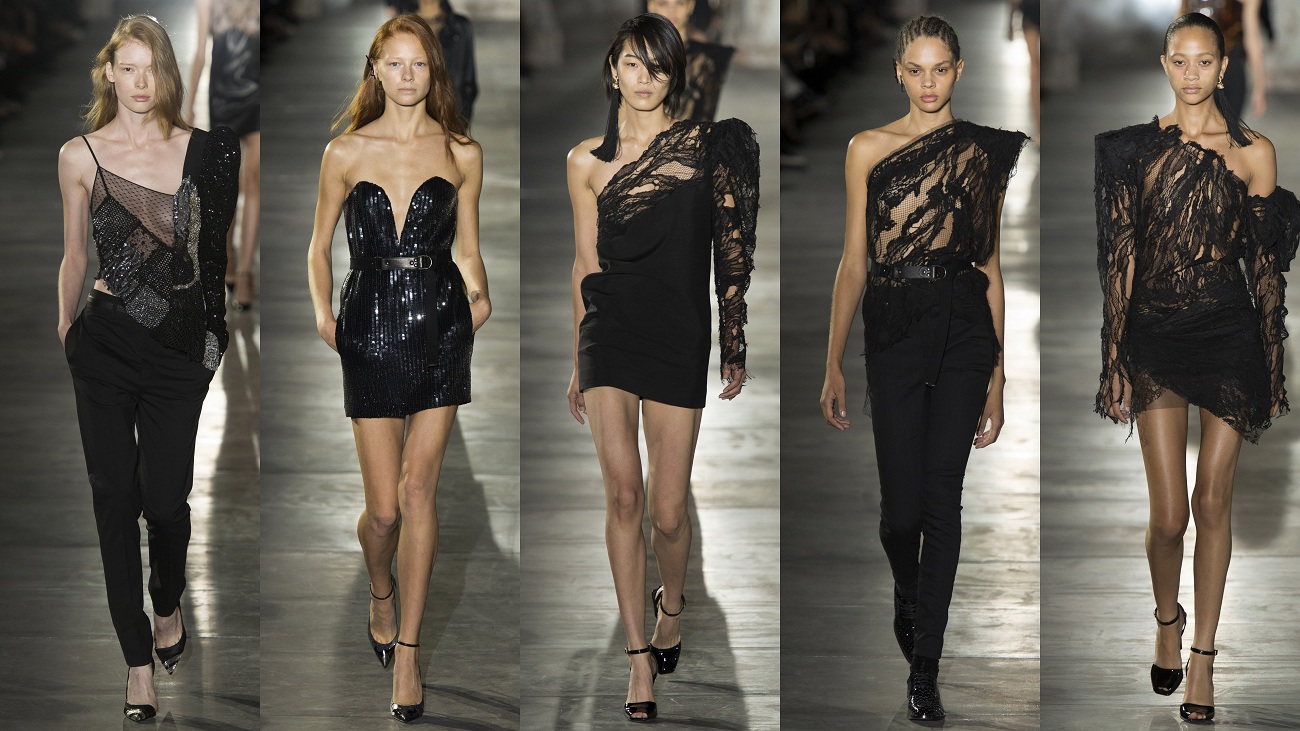 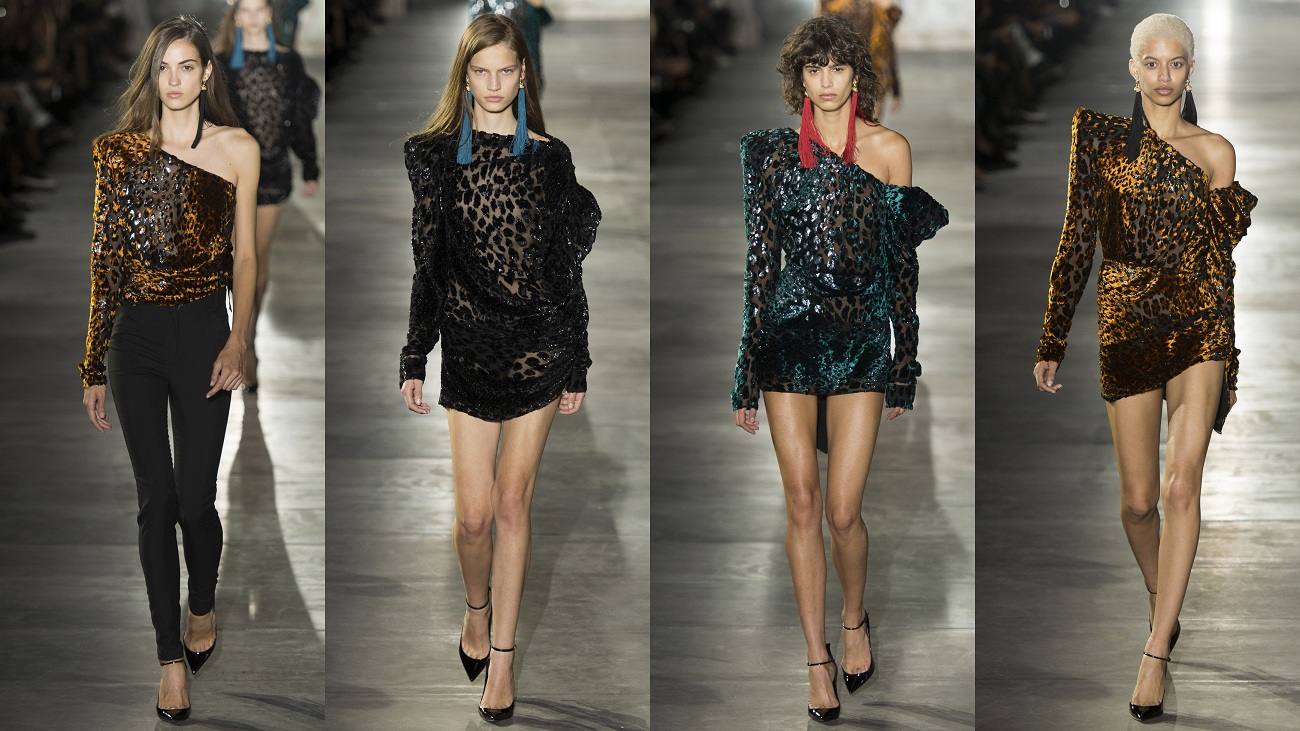