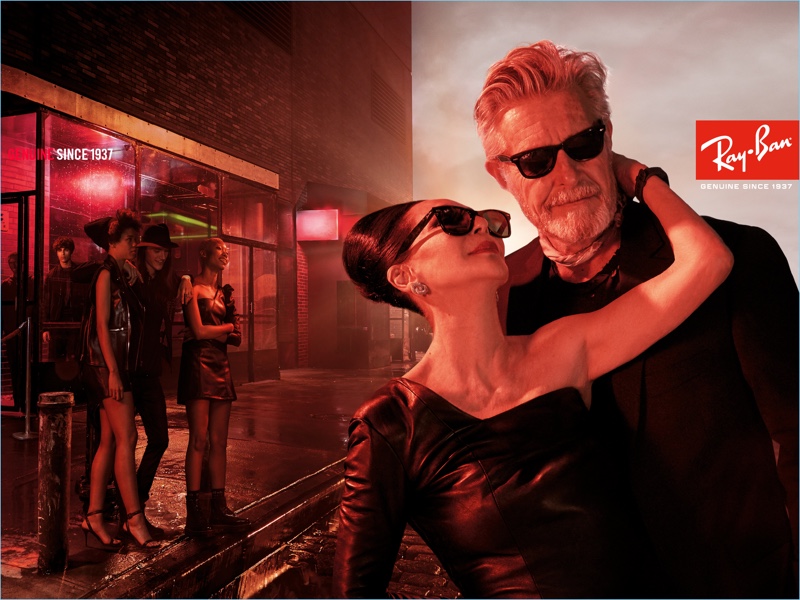 Ray-Ban tapped Bernard Fouquet to be a part of campaign for 2017, that celebrates brands 80th anniversary. We are thrilled because we can’t imagine better person to sport classic Wayfarer that have become part of Ray-Ban’s history. This absolutely charming and very modern gentleman with distinctive style and joi de vivre is unique personality in the fashion industry. Wherever he goes he creates a buzz around his style, and he does it with ease.

Behind the lens was legendary Steven Klein that added a fashionable edge to the label. “The campaign is about diversity and individualism,” said Klein in a press statement. “The whole concept of the campaign is based on creating a world where people are leaving one world, entering another world based on the idea of never looking back. One of the great things about doing this campaign was that it felt authentic in the sense that whoever wears Ray-Ban takes on their own identity and the glasses do not wear them.”

“Working with Steven was like a dream, so professional, easy going and no stress at all. It was a great pleasure to work with such a talented photographer. He directs you so clearly that it doesn’t take long to be in front of the camera, and his eye catches right away what he wants. He is a great person to work with and the result is amazing,” said Bernard in exclusive interview for Fashionela and continued about his relation with the brand “I love Ray-Ban, it is such an iconic brand. I personally wear Wayfarer. When I was younger, I had the Aviator gradient, and now, I also wear the superb Erika after having my Aviator stolen. They are such a classics and never go out of style.”

It is hard to achieve the same influence trough years and yet not going trough radical changes in style and presentation. Ray-Ban is among rare brands that managed to do that and to be equally dear to all generations. With Bernard Fouquet as a natural fit and Steven Klein, they showed once again the essence of their success.

Bernard Fouquet: I prefer to breathe style than fashion

There is something absolutely unique about Bernard Fouquet. His modeling career is something that every male model would die for. Bernard is rare top model whose career lasts for decades and seems unstoppable. He graces...