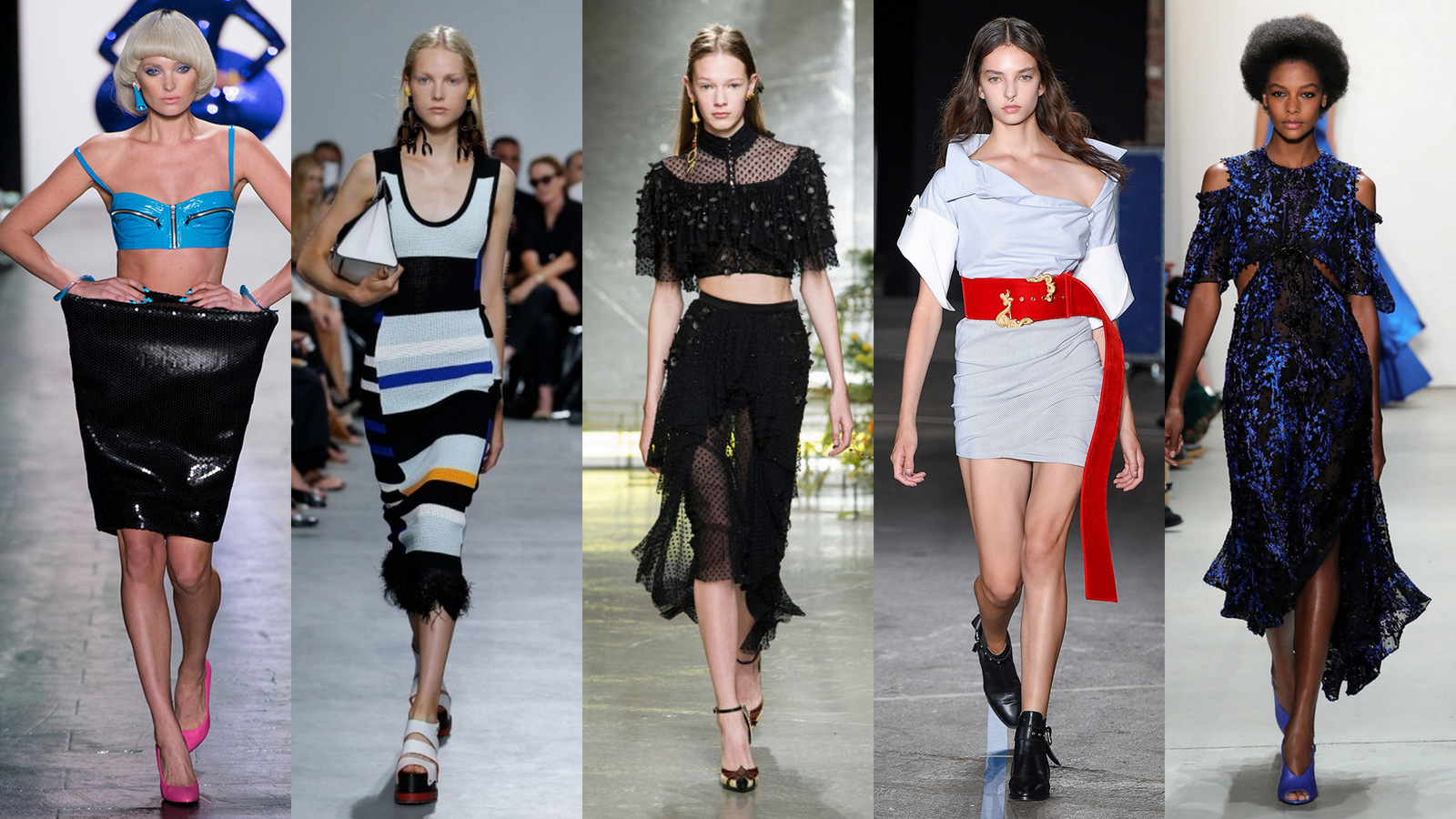 New York Fashion Week came to a close and the designers brought a big splash of wave of new trends for Spring/Summer 2017. Whole lot of blues, bra tops, sheerness, deconstructed shapes. There were some comebacks as well like influences from 80s. This season, actually, marked the first to showcase both in-season and next-season collections at the same time. Designers like Tommy Hilfiger, Tom Ford, Ralph Lauren and Alexander Wang made their lineups immediately available for sale right after their presentations. Here we rounded up the best spring ’17 trends that caught our eyes at NYFW, so please, check them out below.

We have seen pops of blue at nearly every New York show this season. At Jason Wu, blues were incorporated with neon details. DKNY took us to ‘Neo Soho’ with its sporty spring collection infused with a lot of blues. At Prabal Gurung the color palette was ranging from neutral colors to various blues. Michael Kors showcased a few looks in different shades of blue like floral dresses, sleeveless belted coats, sweaters and cardigans. 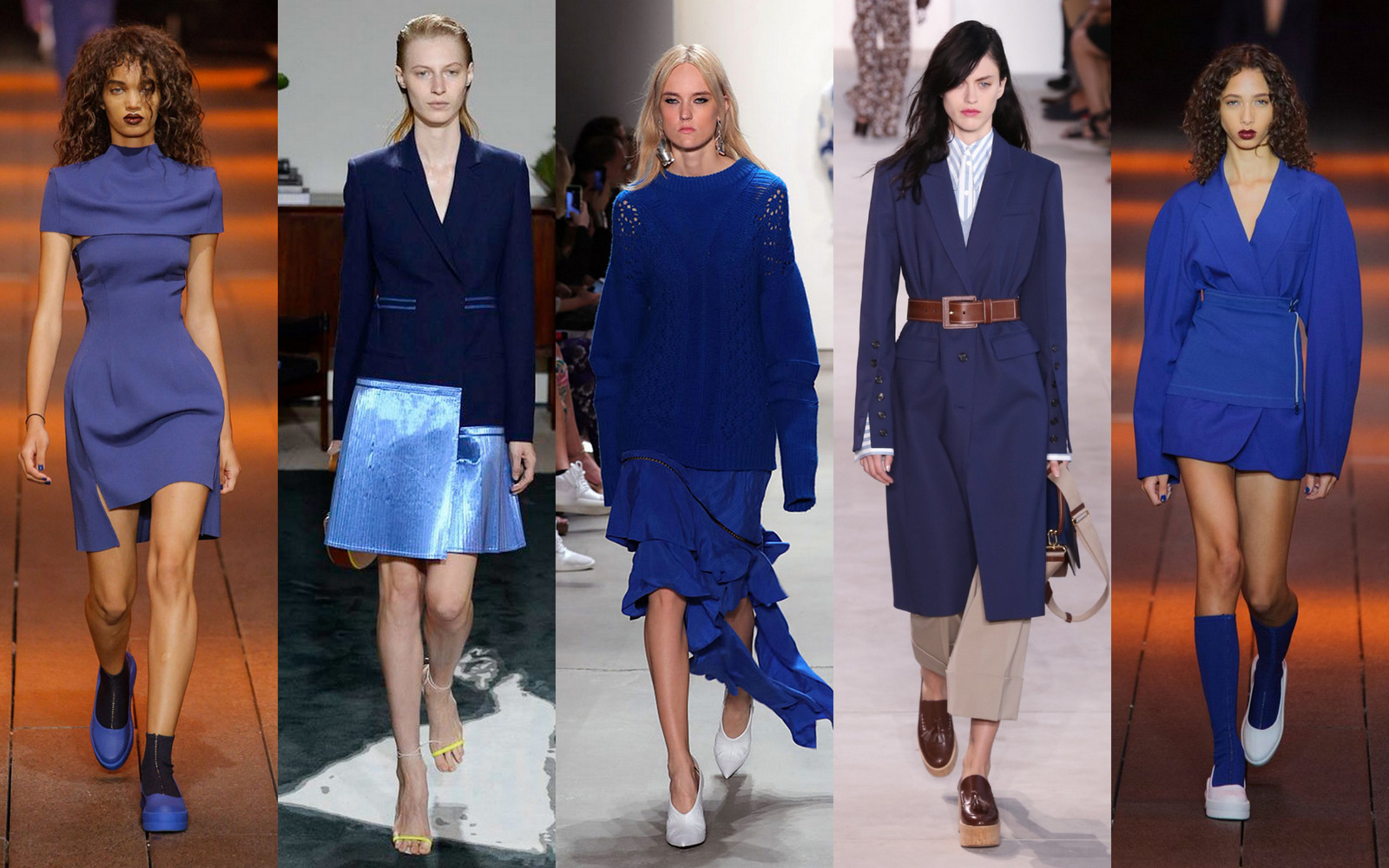 This lingerie-like piece was a standout last season, and seems it’s here to stay for Spring ’17 and even more. This trend was seemingly on every designers mind, in the likes of Alexander Wang, Oscar De La Renta, 3.1 Phillip Lim, Altuzarra, Victoria Beckham and Tory Burch. So, better start working on that six-pack. 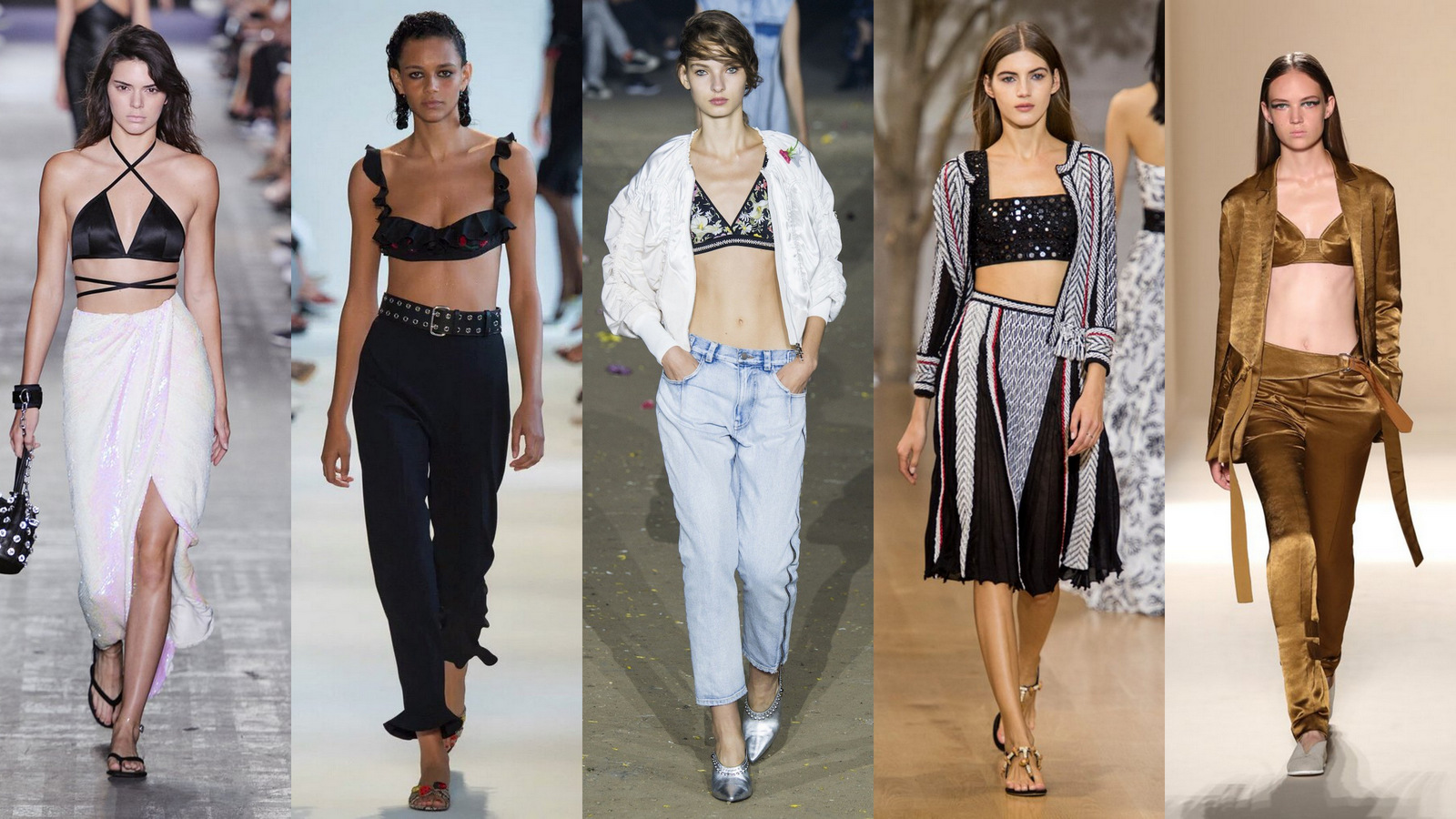 Designers have been playing with sheer transparency, giving this ultra feminine trend a seasonal update. Jason Wu presented a new level of edgy sheer silhouettes. One of the standouts was the sheer nude dress with vibrant floral prints in neon yellow shades. There were some transparency touches at Tome spring 2017 catwalk, as well. While Vera Wang showcased a total black collection with bold features and some sheerness too, like the sheer georgette skirts, blouses with extra long sleeves and then a range of pearl-embellished sheer dresses and skirts. 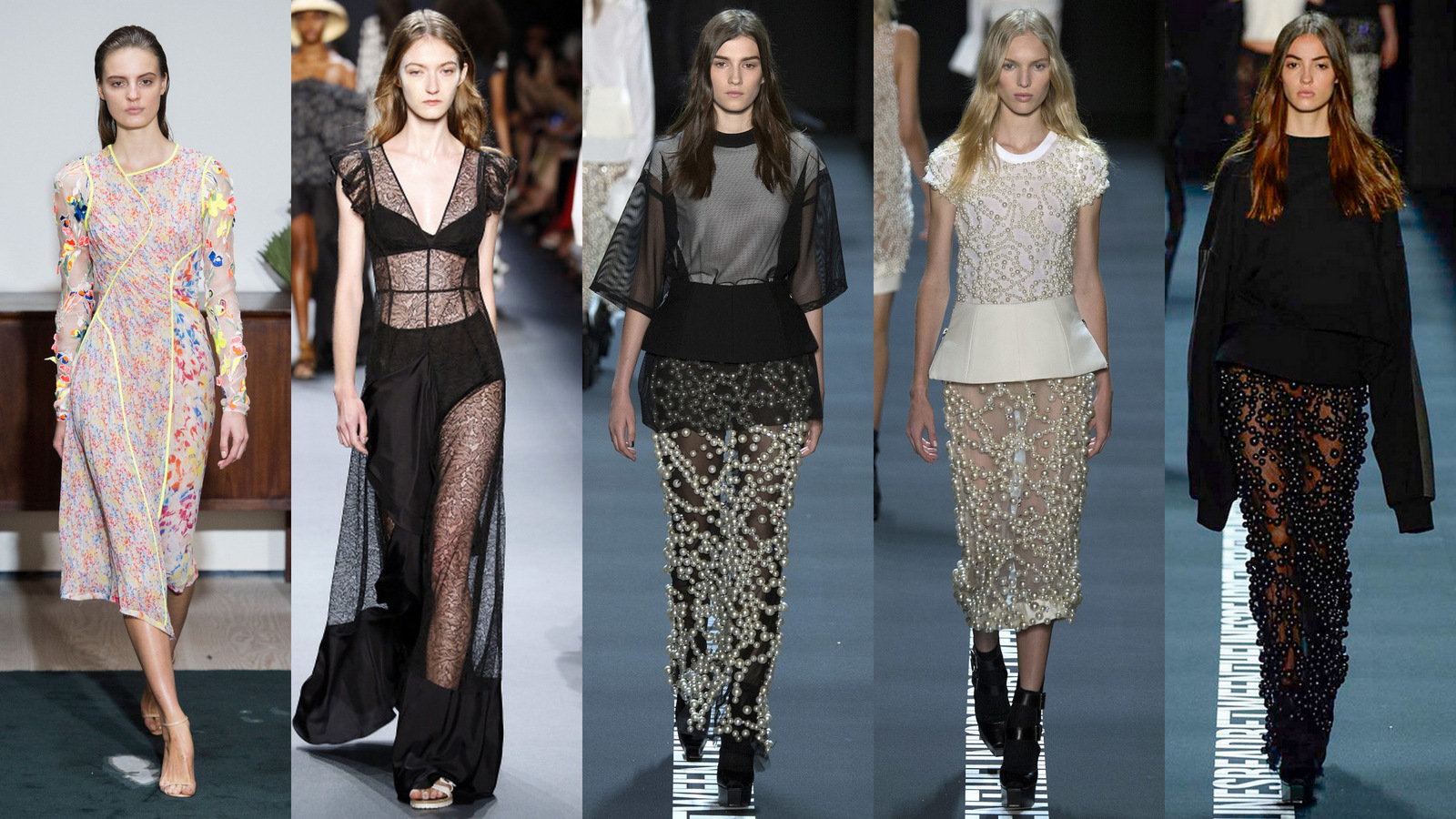 80s made their comeback at NYFW. Think candy-colored pieces, sequins, graffiti and pop art. That’s Jeremy Scott‘s 80s version of New York city. Scott wanted to capture the mood of mix of punk and S&M with kind of a disco glamour, but sci-fi at the same time. While Proenza Schouler did some radical work with ostrich feathers. There were some eighties flashdance shoulders as seen at Prabal Gurung, Rodarte and Monse.

Ruffles and frills added a feminine flair to Spring 2017 collections – layering, cascading them with perfect amount of flounce. The trend graced on almost every catwalk, it will be hard to find a collection without a single frill. As seen at Altuzarra, Rodarte, Delpozo, Jill Stuart, DVF and Tome, to name a few. 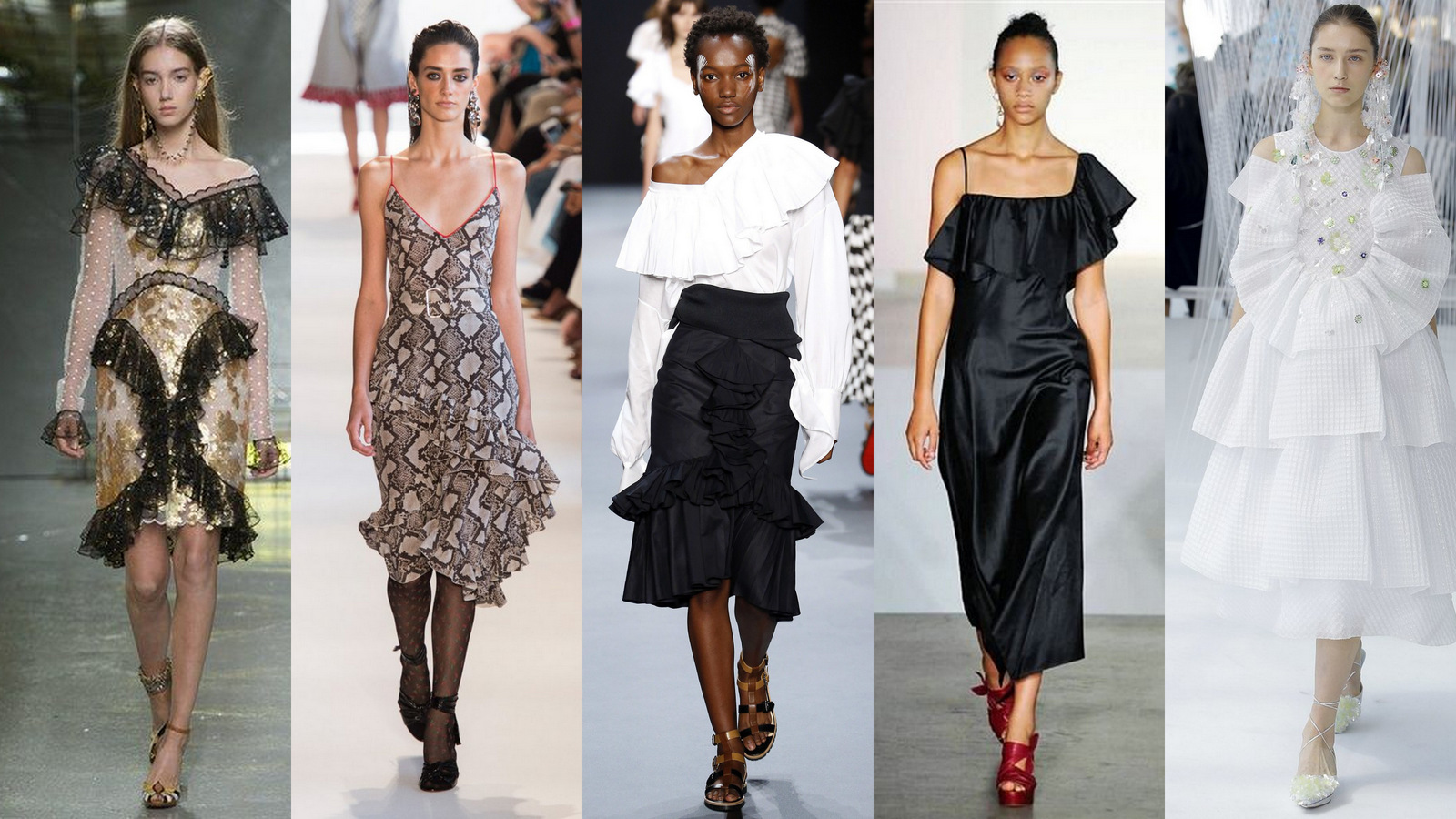 Deconstructed shirting is not new, but for Spring 2017 designers are taking it to the next level. Monse, whose designers have just been appointed at Oscar de la Renta, deconstructed the man’s shirt, which is the label’s signature theme, making them off the shoulders, or wrapped around the chest, they even brought some glamour by adding sequins. Alexander Wang showcased cropped and wrap-around shirts, while the Australian duo Ryan Lobo and Ramon Martin of Tome made theirs one shoulder down covered with ruffles. Claudia Li took on menswear too, incorporating oversized shirts with deconstructed elements. 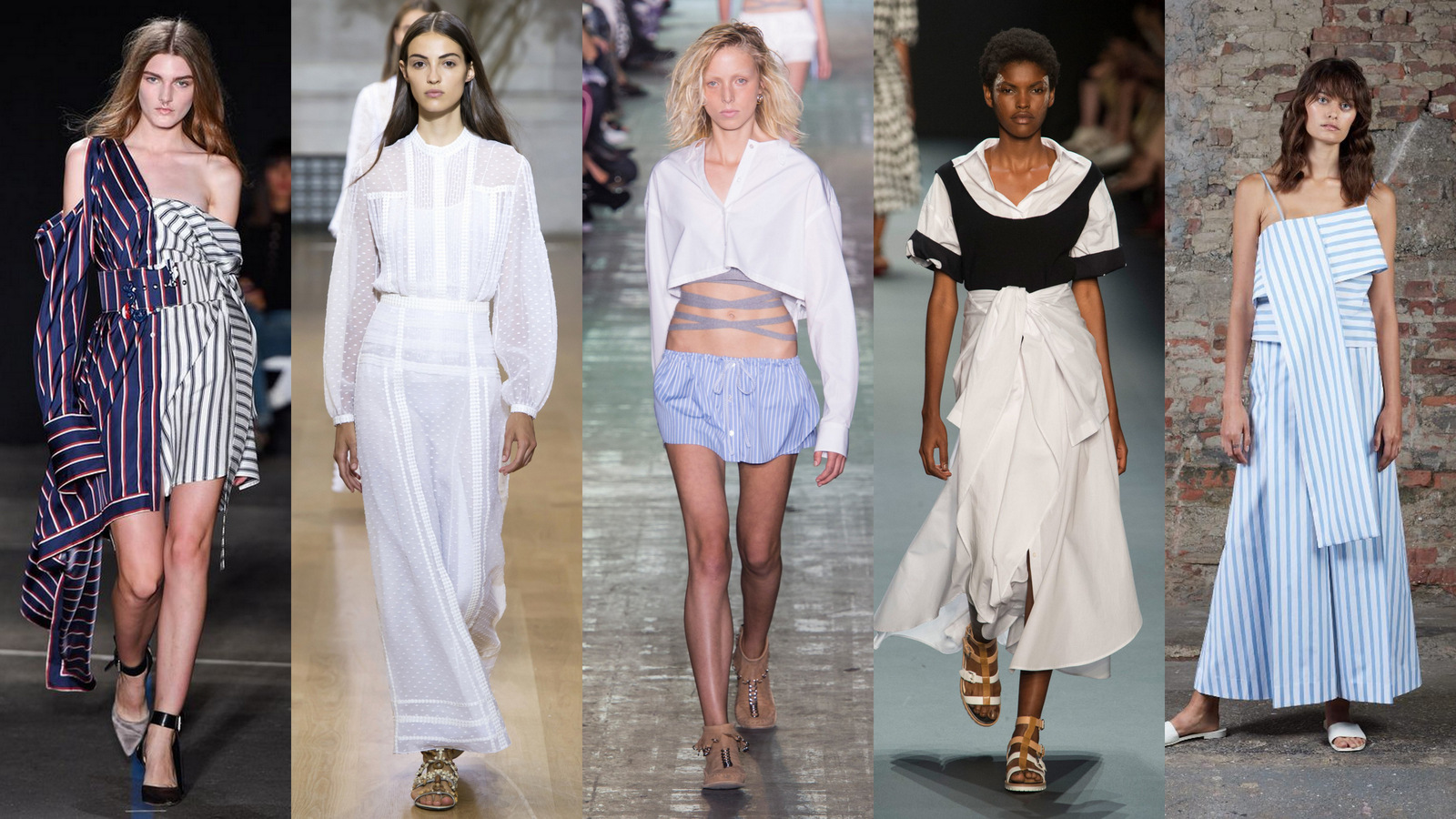 There was a major earring envy at Spring ’17 runways. We noticed incredible wire earrings at Rosie Assoulin, while Delpozo offered gigantic chandelier earrings made of sequins. Creatures of the Wind presented lightweight, oversized ear cuffs designed by jewelry designer Pamela Love. There were dramatic and sculptural earrings at Altuzarra. 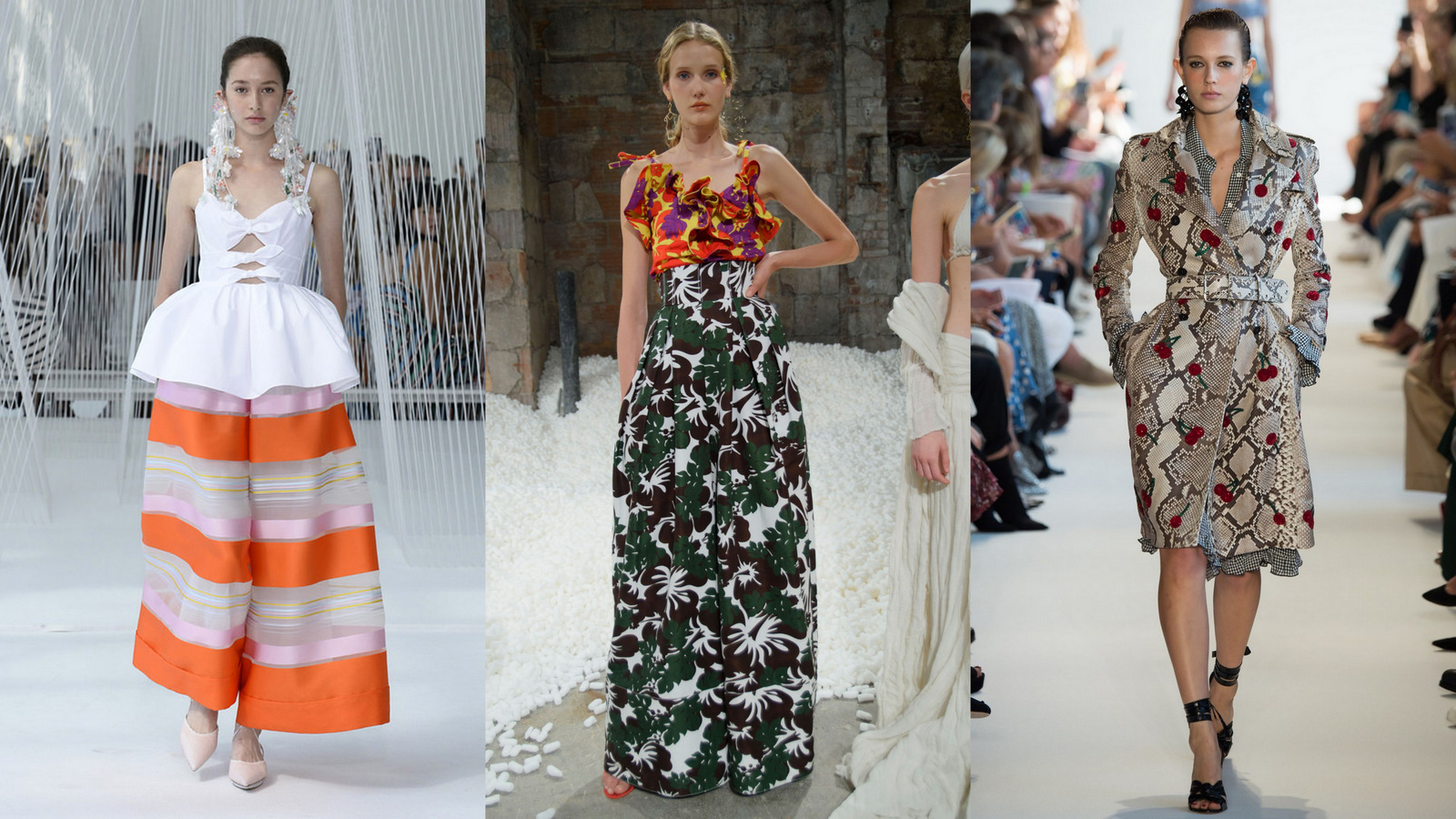 This season’s catwalk was filled with a lot of platform shoes, and by saying platform, we mean gigantic platforms- some patterned with prints and others with metal studs as seen at Proenza Schouler, Marc Jacobs, 3.1. Phillip Lim, Coach and Anna Sui. 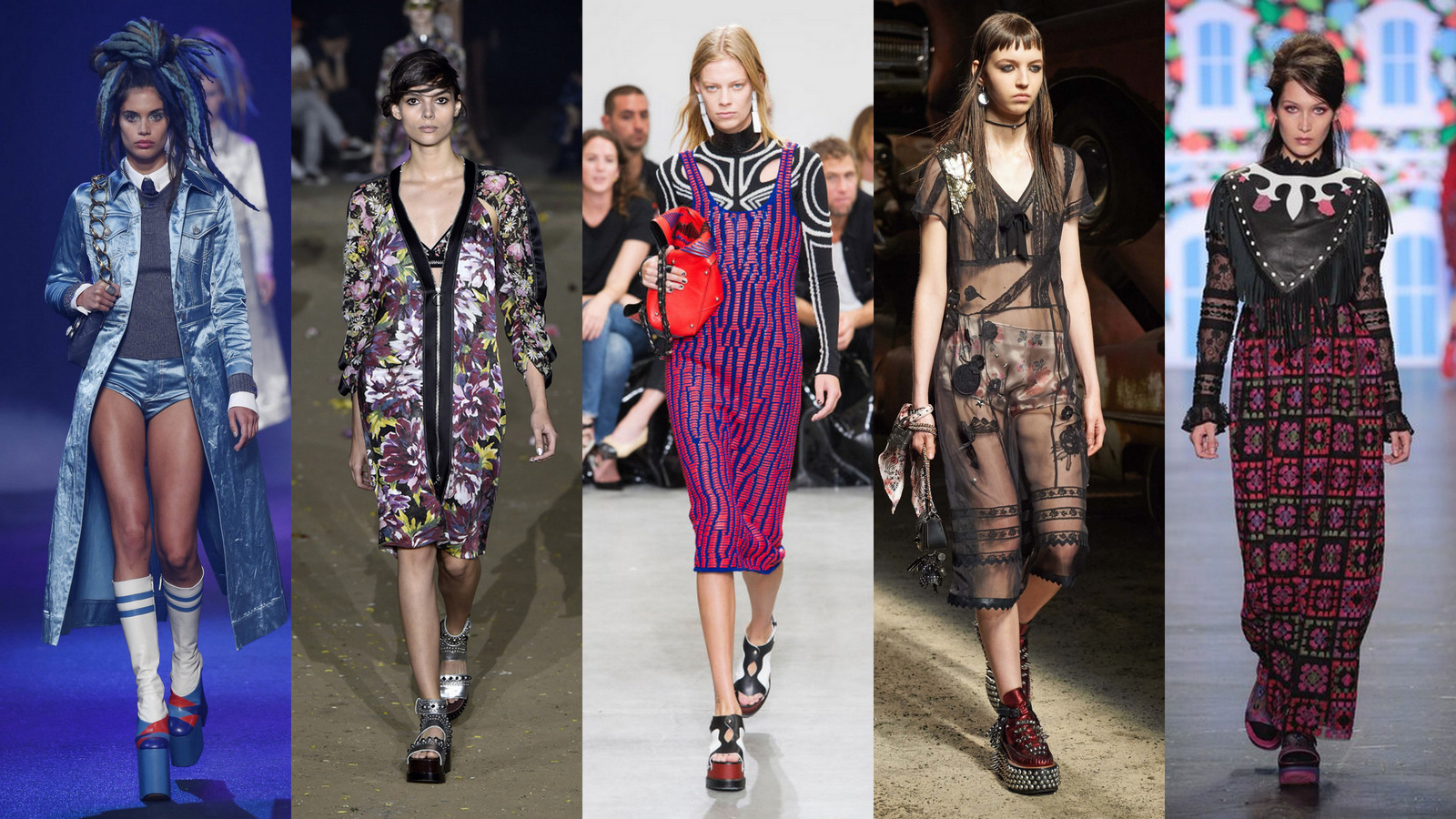 Alexander Wang invites you to Fortune City: a multi-layered event and runway show celebrating Asian-American culture, food and music. Fortune City will be in support of the Los Angeles Chinatown corporation’s maintenance...

Alexander Wang really knows how to surprise. By choosing Saint Bartholomew’s Church for his latest show, he transparently declared that for him, at least when it comes to fashion, nothing is sacred, in a positive way, of course....