Louis Vuitton Spring 2020: Revisiting the Belle Époque wardrobe with a touch of dandyism 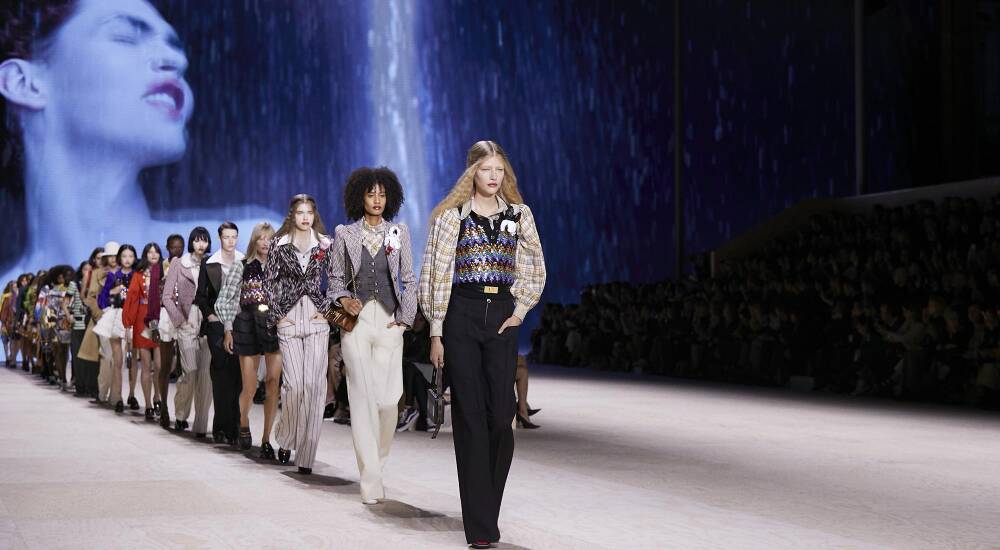 Presented in the Cour Carré of the Louvre in Paris, the Louis Vuitton Spring-Summer 2020 Women’s collection played on gender fluidity. Artistic Director for women’s collections Nicolas Ghesquière conceived a singular show defined by a mix of styles and codes. 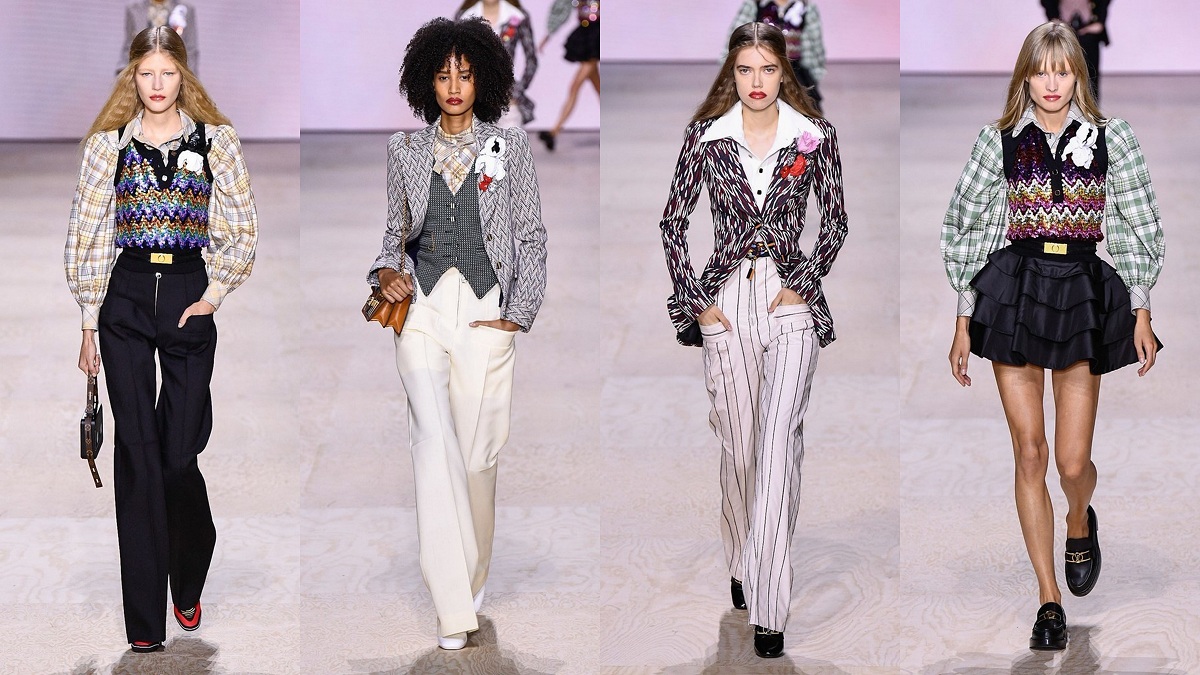 Against the backdrop of a sleek wood set with a giant screen playing a version of “It’s Okay To Cry” by Sophie, the creations revived memories of the Belle Époque, when romanticism and Art Nouveau influenced the dandy’s wardrobe. 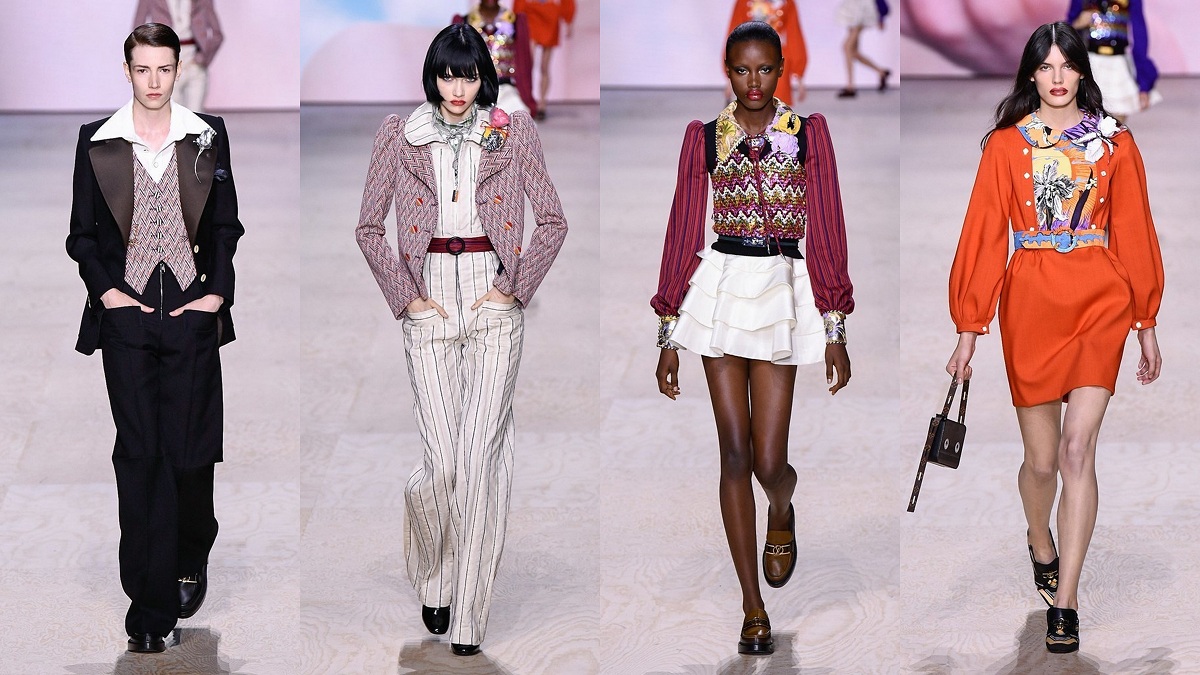 Checked blouses with bell sleeves were paired with sequined jackets, and oversize round or pointed collars were worn with layered skater skirts. Motifs, stripes, florals and scarf prints were superposed. In a final refined touch, a cattleya orchid was worn on the label of all the silhouettes in the collection. 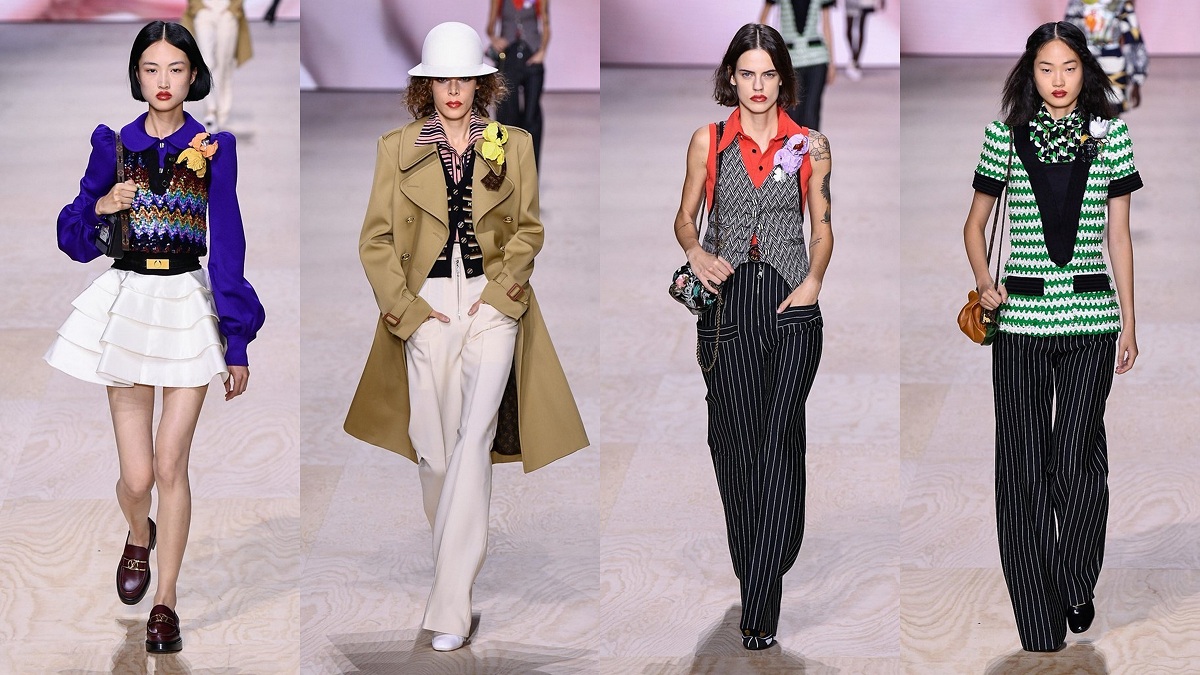 The show was about sustainability too, as all the wood used for the décor will be donated to ArtStock, which recycles and upcycles elements from artistic productions. 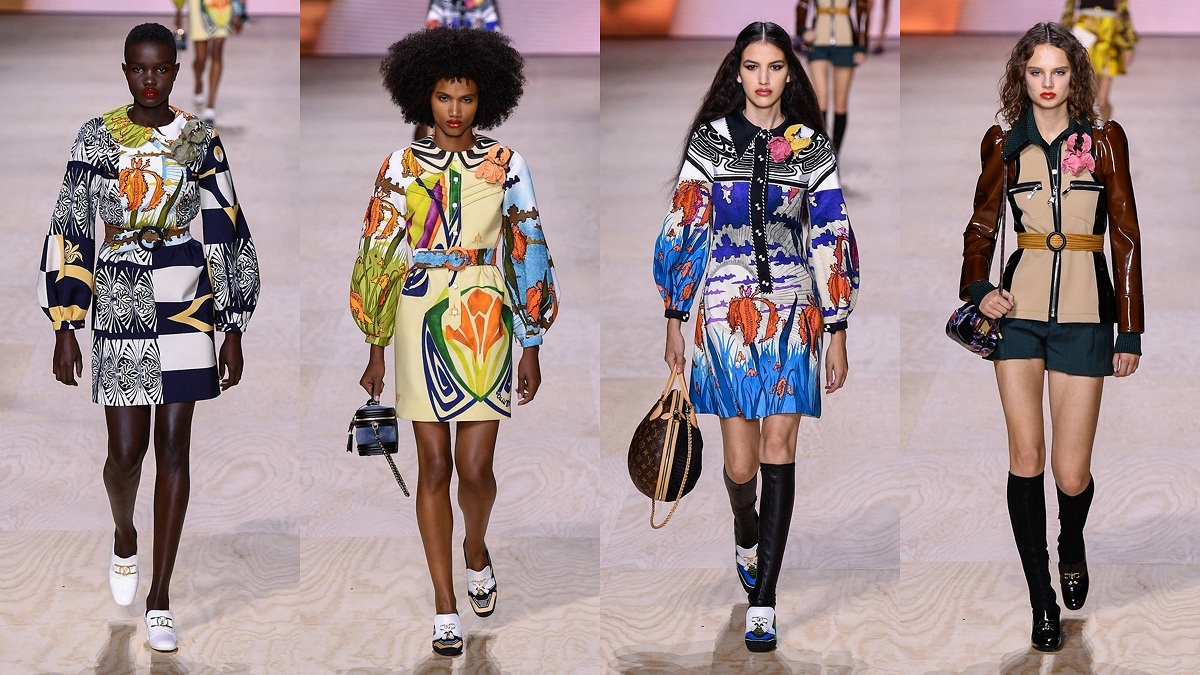 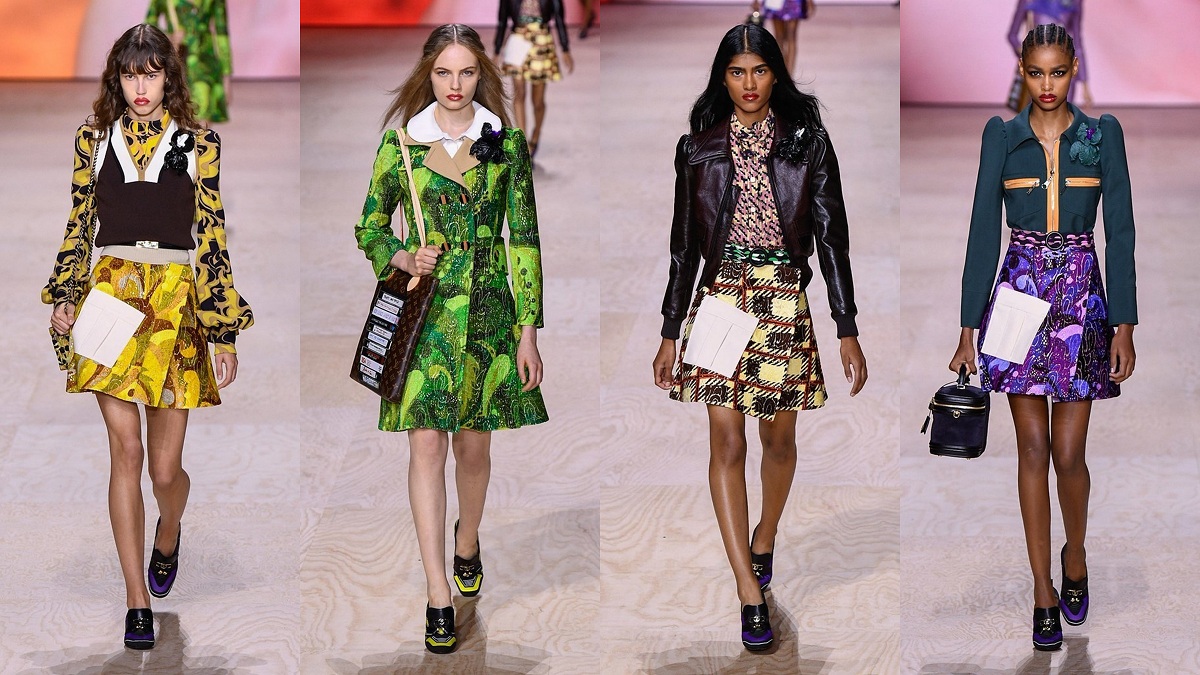 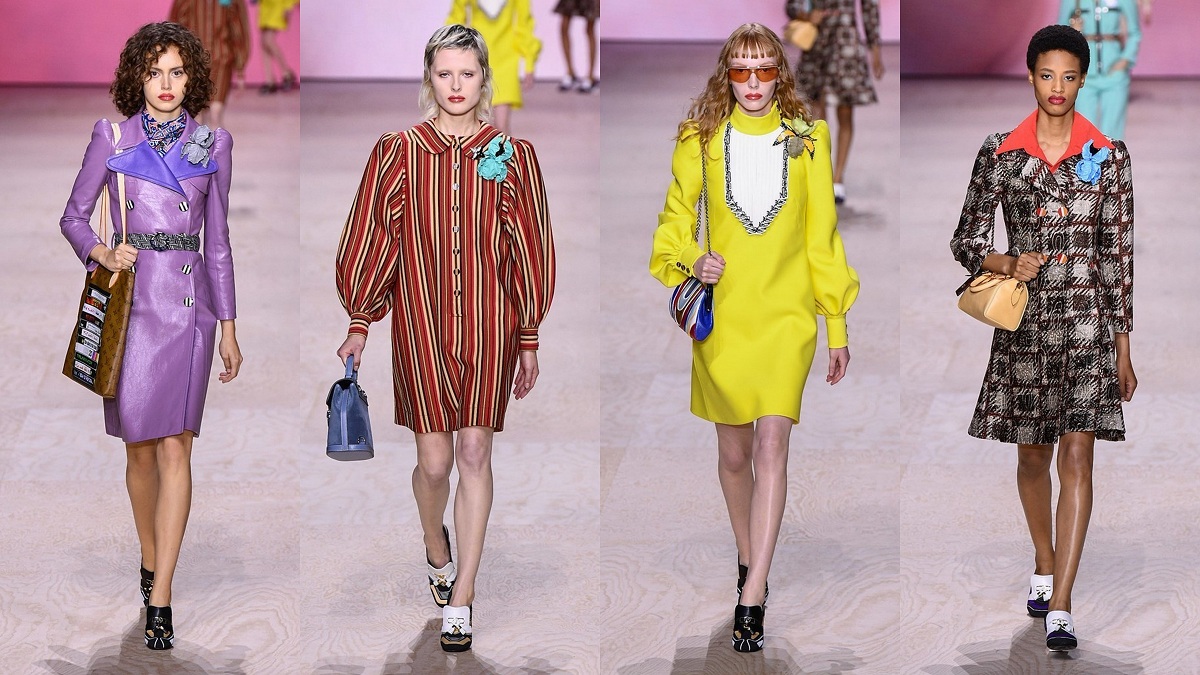 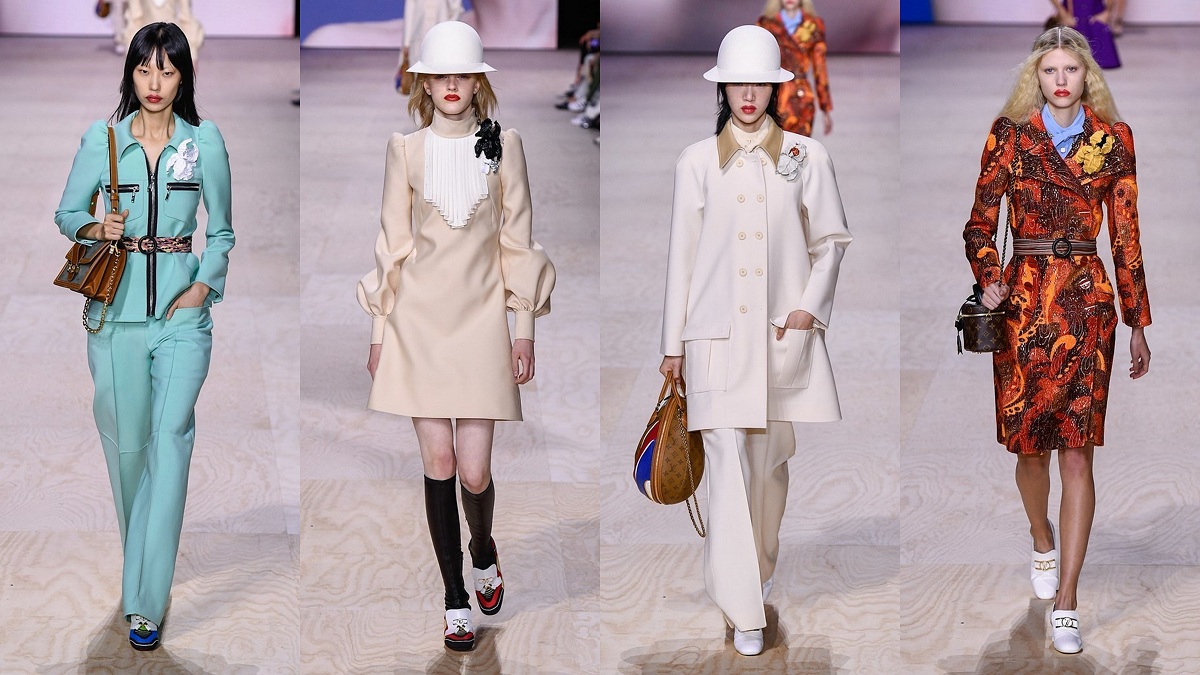 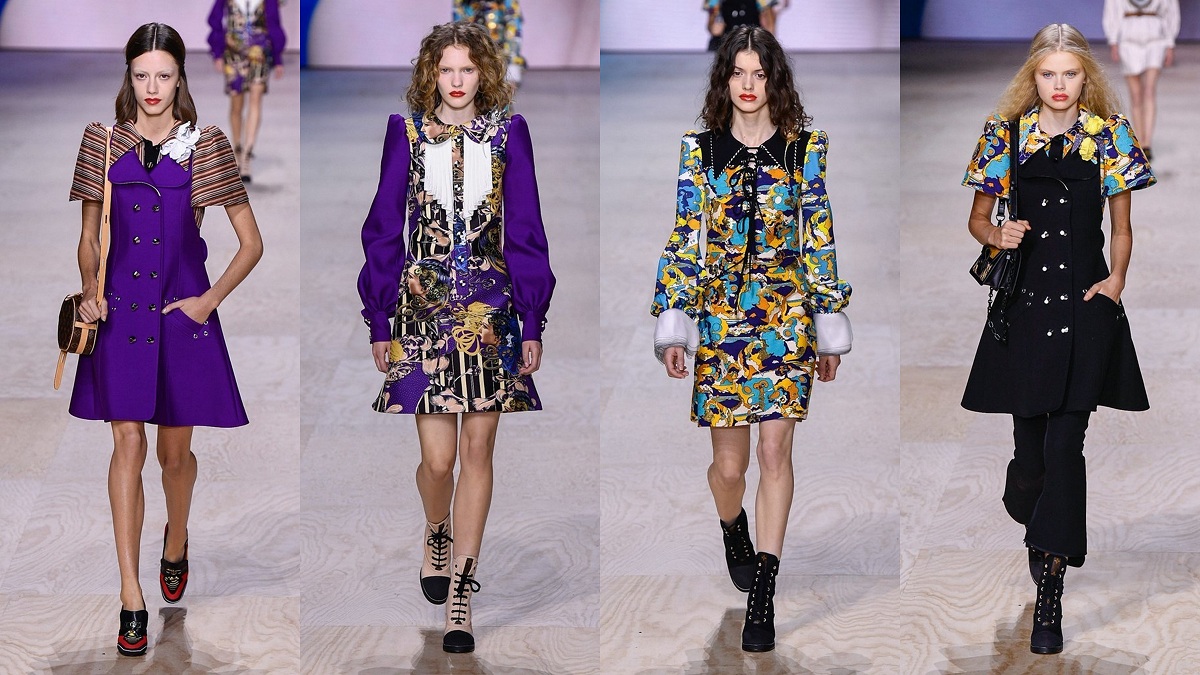 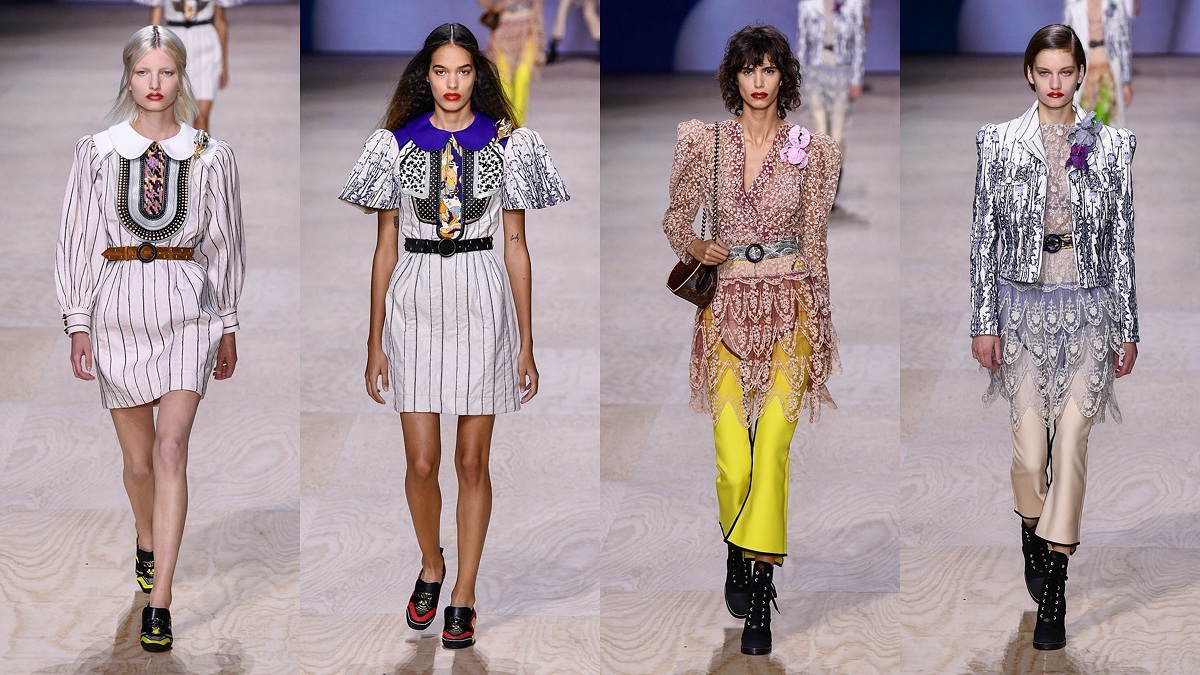 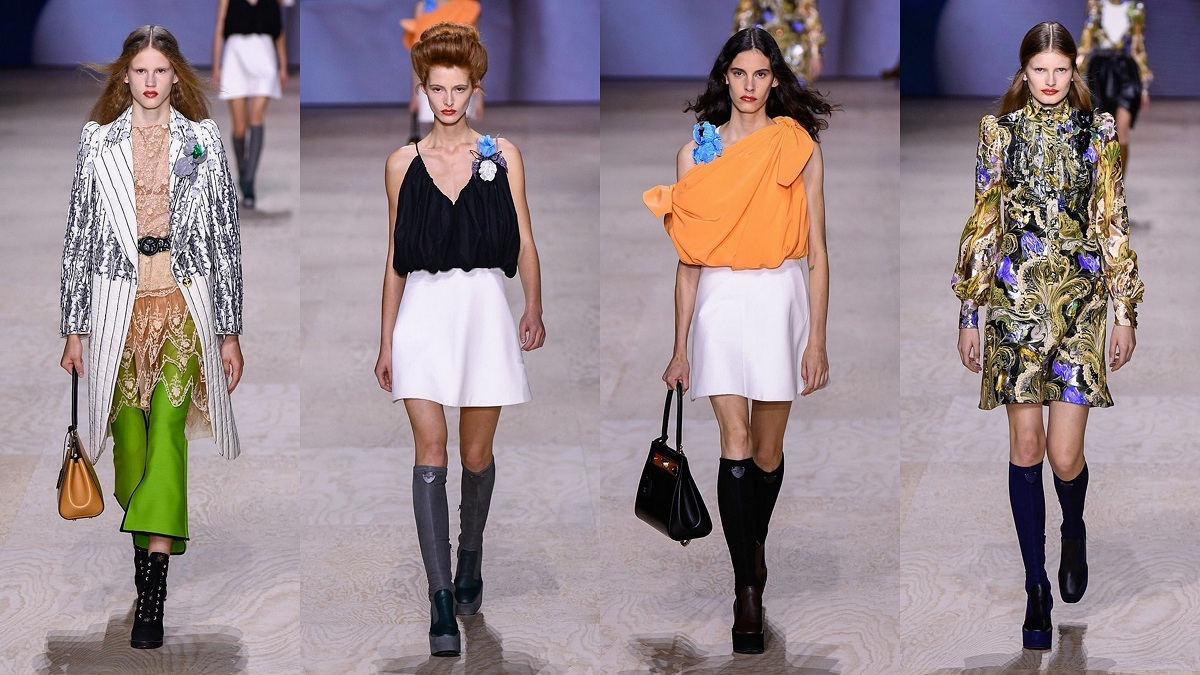 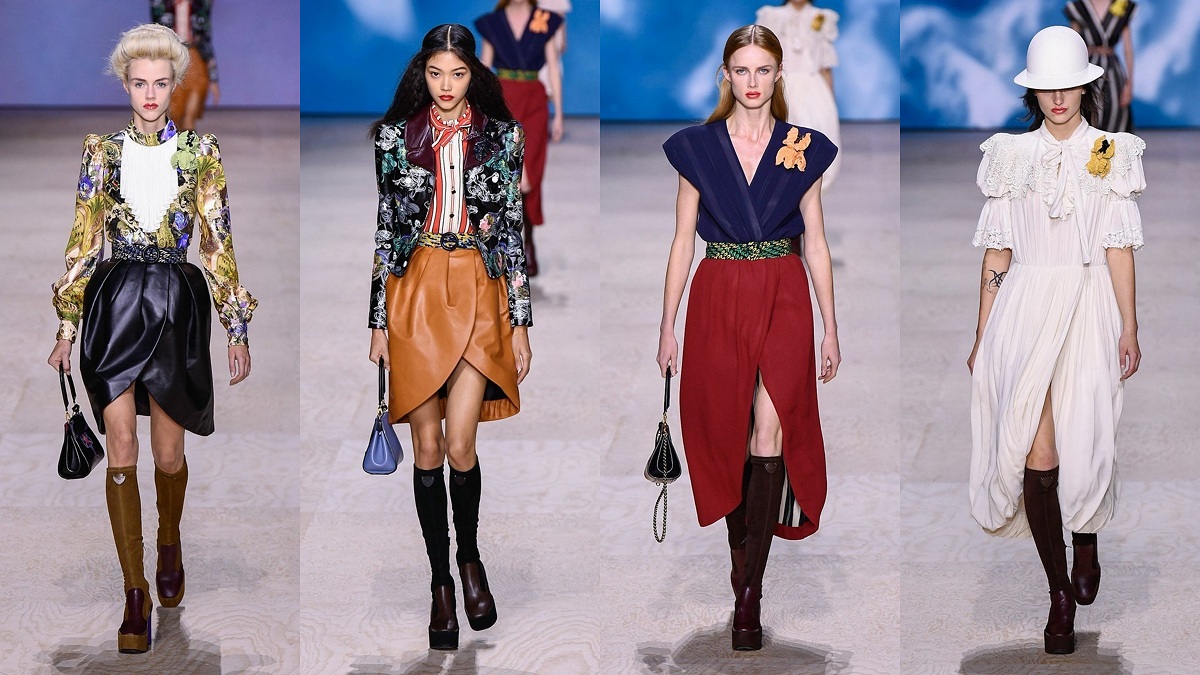 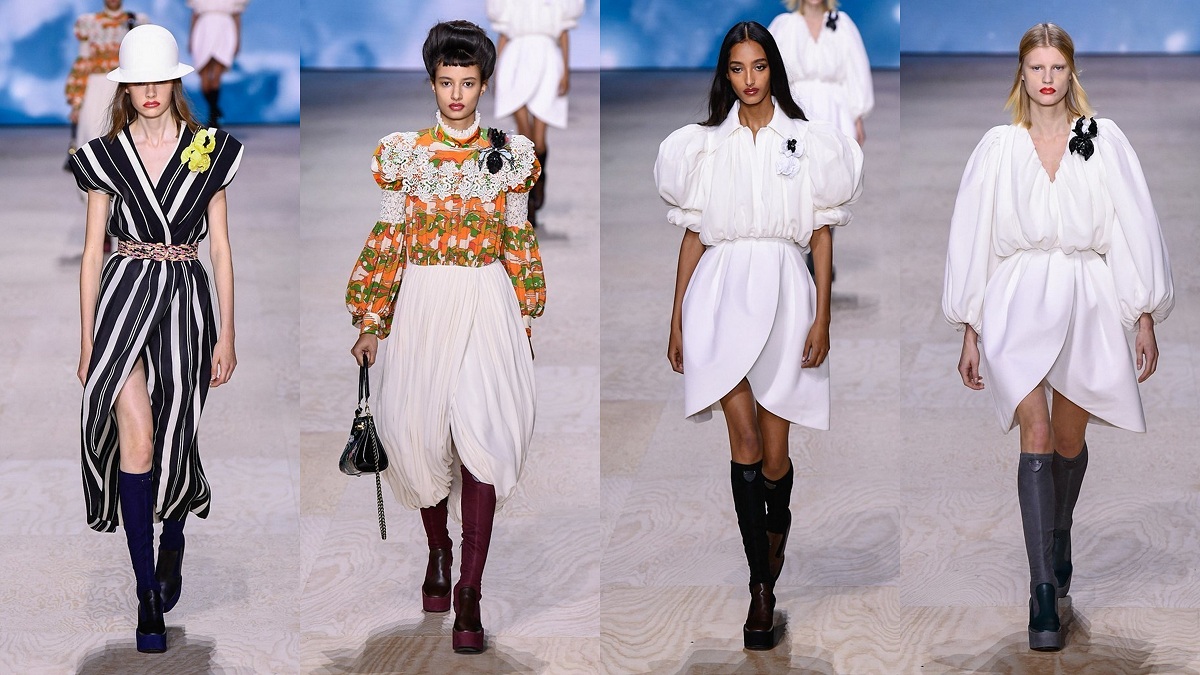