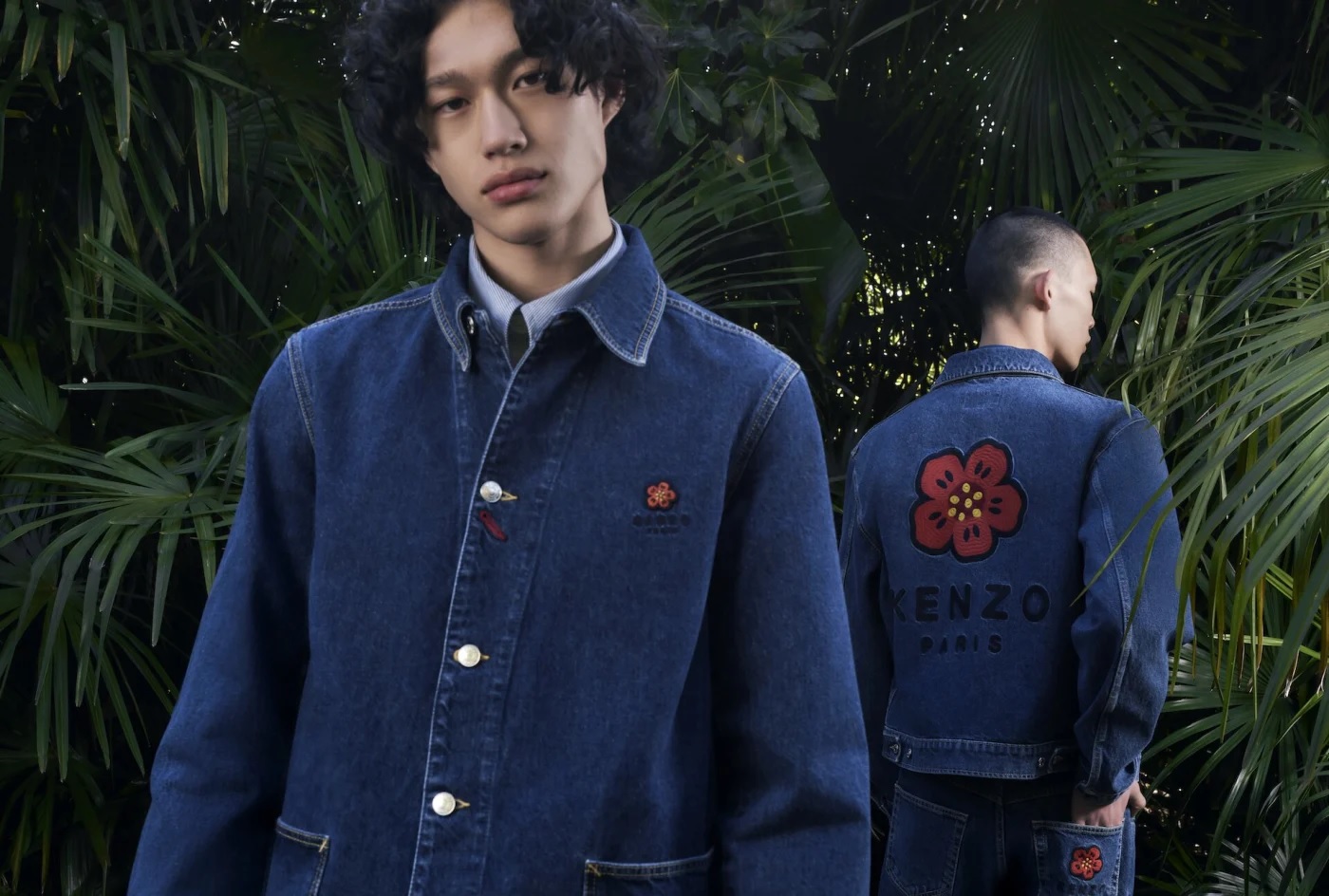 Under the artistic direction of Nigo, Kenzo releases the third drop in a series of limited-edition capsule collections for Spring/Summer 2022. Available in flagship stores worldwide in April 2022, it is the most comprehensive capsule wardrobe to hit stores since the appointment of Nigo as Artistic Director of Kenzo in September 2021. The drop follows the designer’s debut runway show for the Maison in January 2022, with one additional capsule to come. 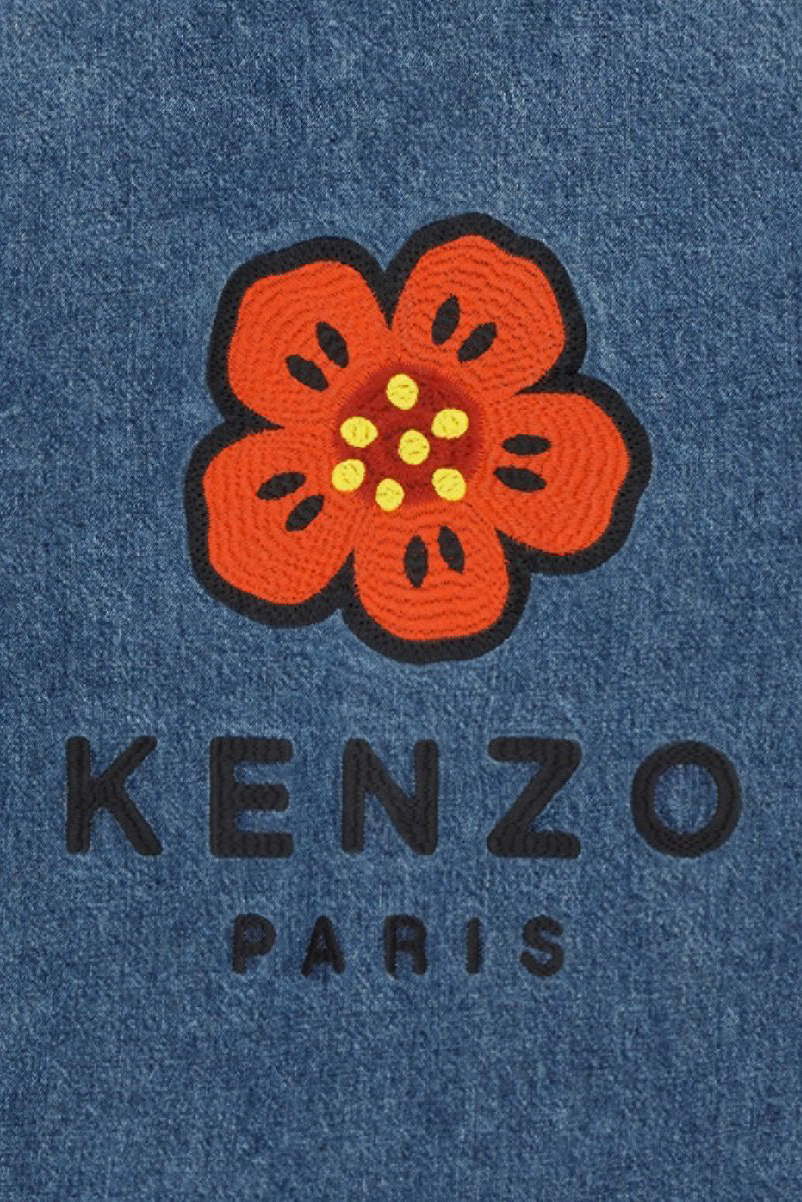 The third capsule collection revolves around denim. A key element in Nigo’s own design tradition, Japanese denim is exercised across a selection of reinterpreted wardrobe tropes and married with the Kenzo boke flower created by the Artistic Director upon his arrival at the Maison. 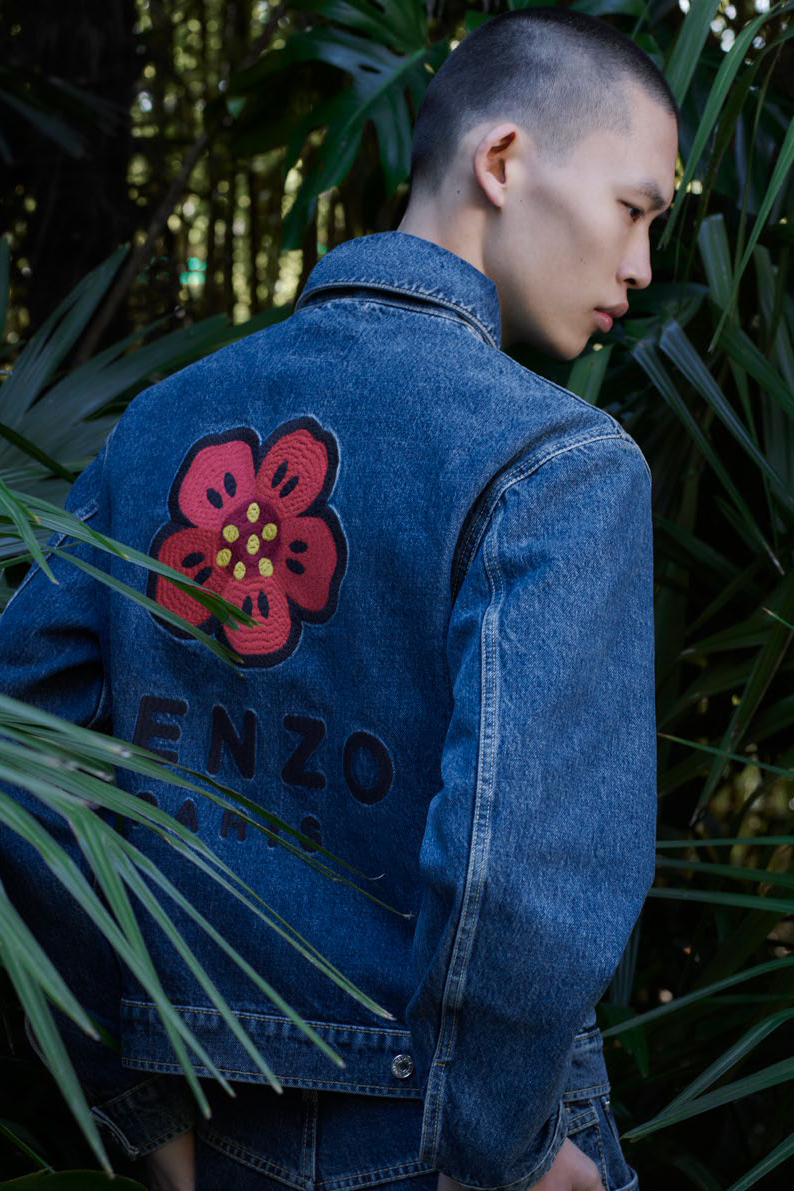 Denim defines a collection comprised of eight pieces for women and seven pieces for men, all genderless in nature. The backs of denim blousons are embroidered with the boke logo, which likewise appears on the pockets of elongated denim jackets, and those of denim trousers and a knee-length skirt. True to the staple spirit of the capsule, patch pocket overshirts appear alongside oversized t-shirts and relaxed t-shirts with pocket detailing. The collection is retained in the authentic blues of denim, with nuances of grey and white. 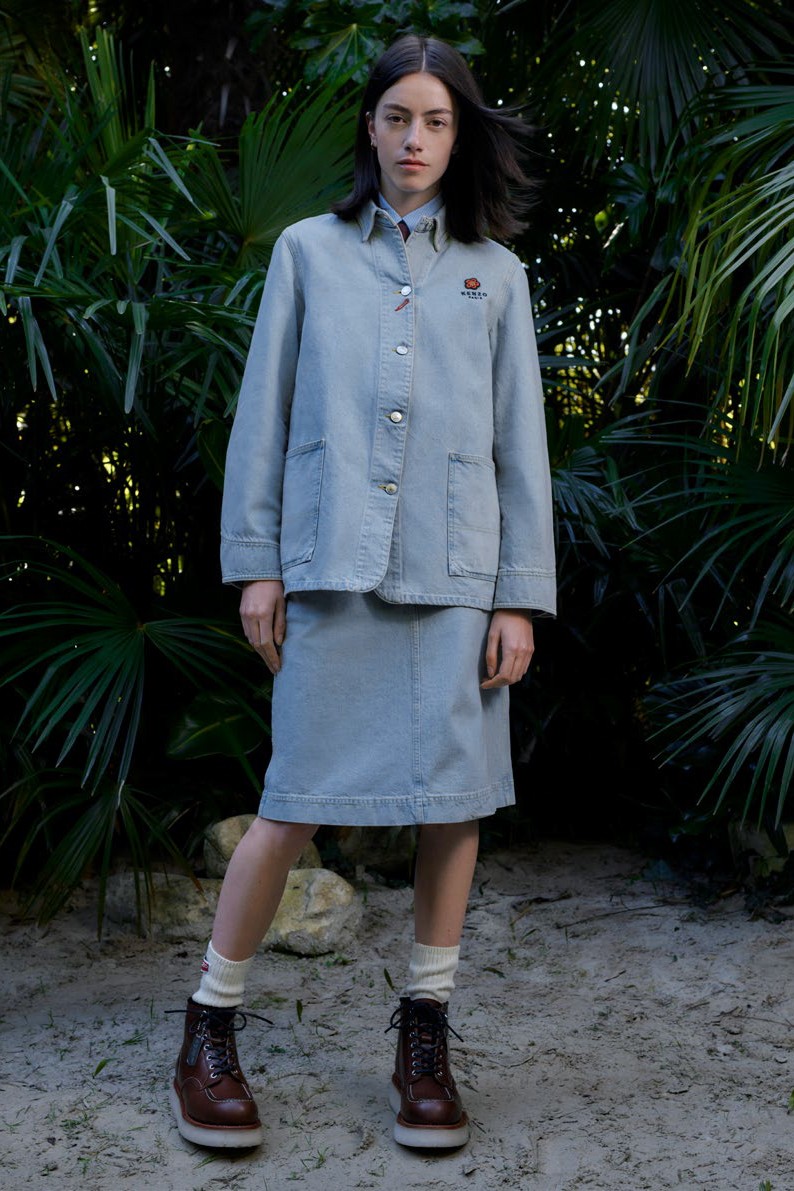 As precursors to a reinvigorated Kenzo, the Spring/Summer 2022 capsule collections embody the philosophy at the root of Nigo’s practice at the Maison: a real wardrobe for the future, tied to the wisdom of the past. In homage to Kenzo Takada, each drop revolves around the idea of the natural elements key to the legacy of the founder. Expanding on the form and function of these motifs, Nigo draws on the Japanese sensibility of flora and fauna as signifiers of symbols and feelings. 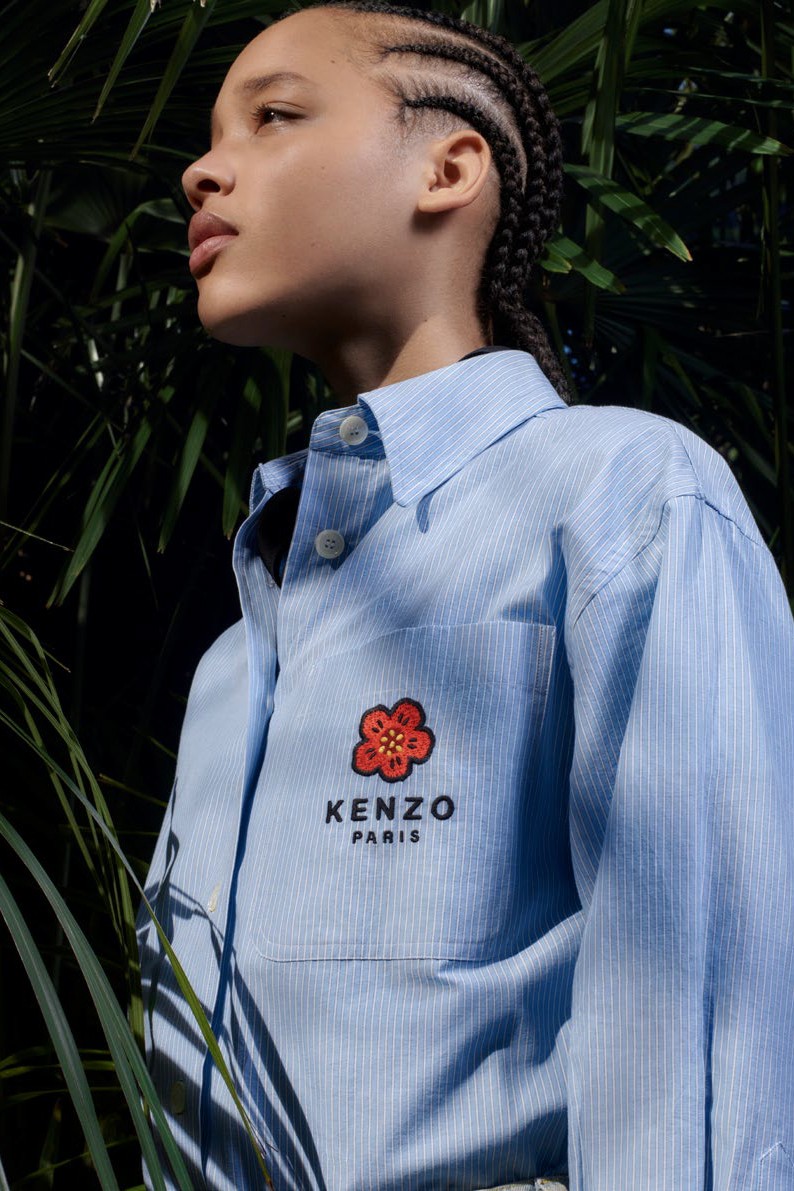 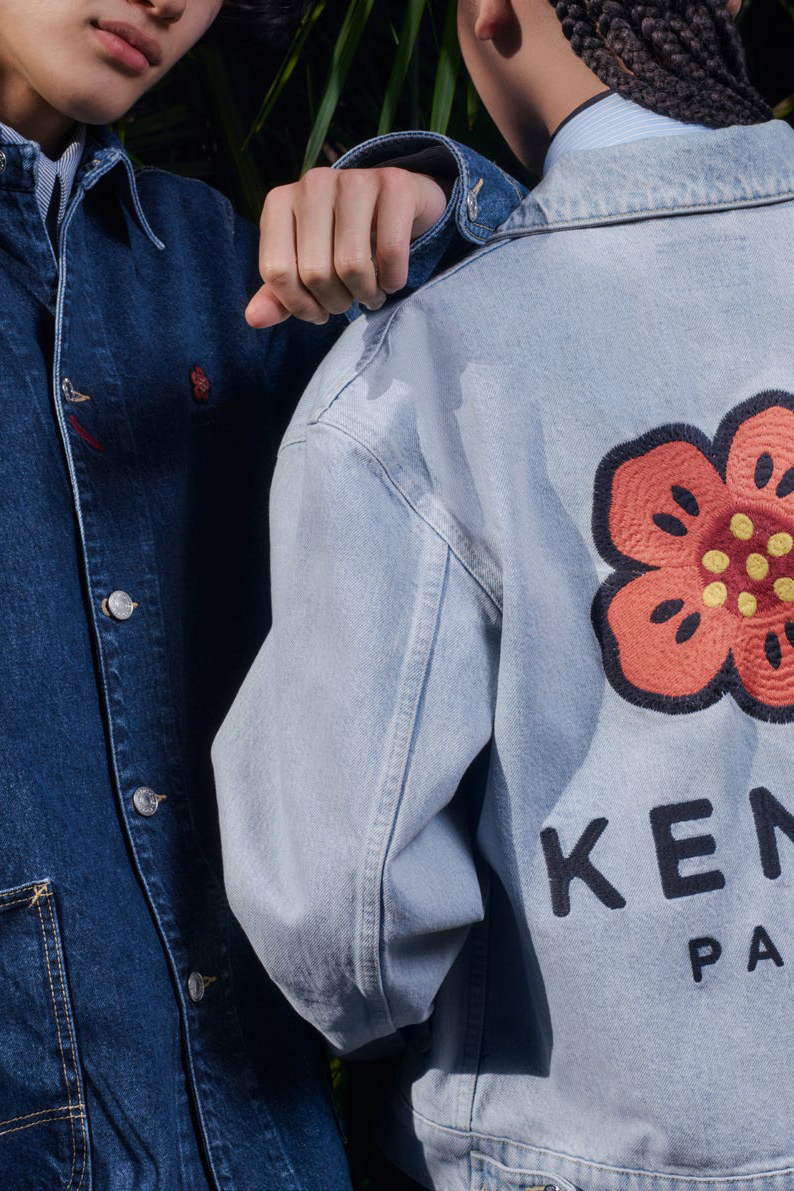 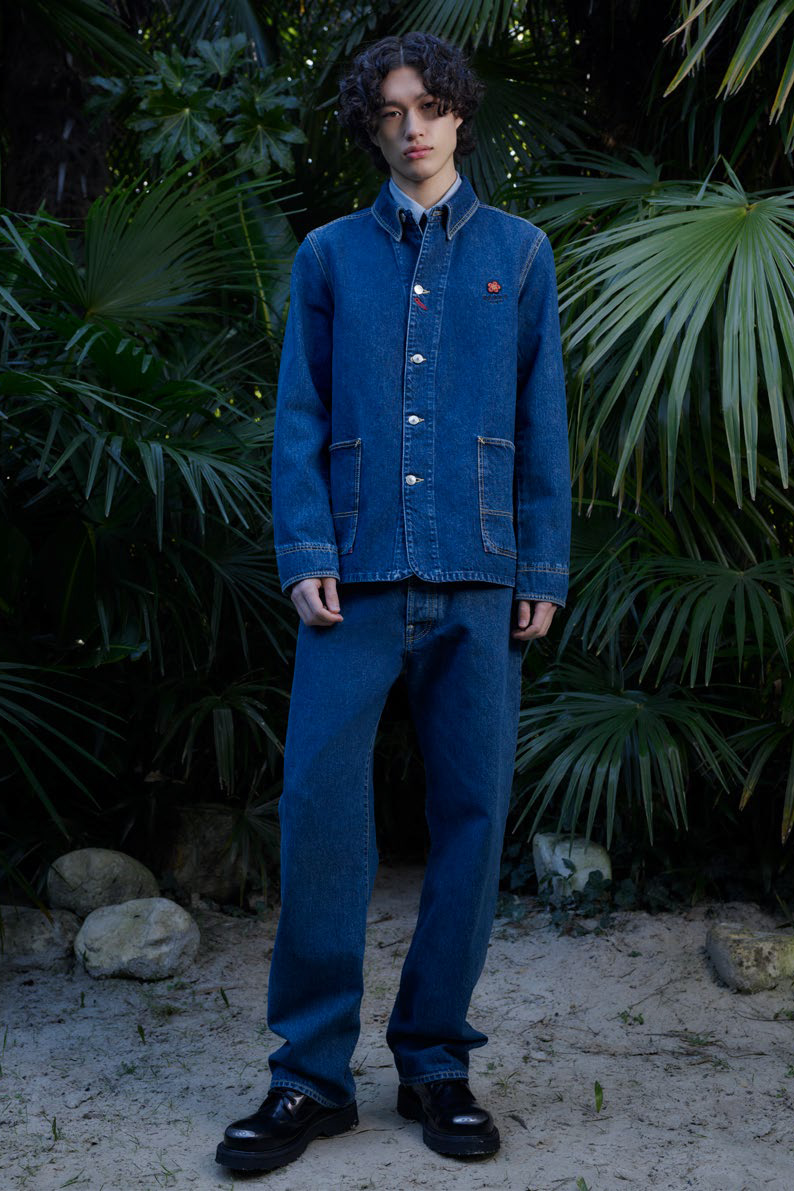 For the Kenzo Fall/Winter 2023 Women’s and Men’s Show, Artistic Director Nigo elaborates on both the similarities and differences between his own world and the legacy of Kenzo Takada. The collection is simultaneously...

For his second runway show as Artistic Director of Kenzo, Nigo pursued his “real-to-wear” ethos. Both women’s and men’s looks for Spring/Summer 2023 were inspired by Nigo’s adolescent memories of discovering the creations...

For the venue of his debut runway show as Artistic Director of Kenzo, Nigo chose Galerie Vivienne, a nod to designer and founder Kenzo Takada, who unveiled his first collection in 1970 in the mythic Parisian arcade. His combined...