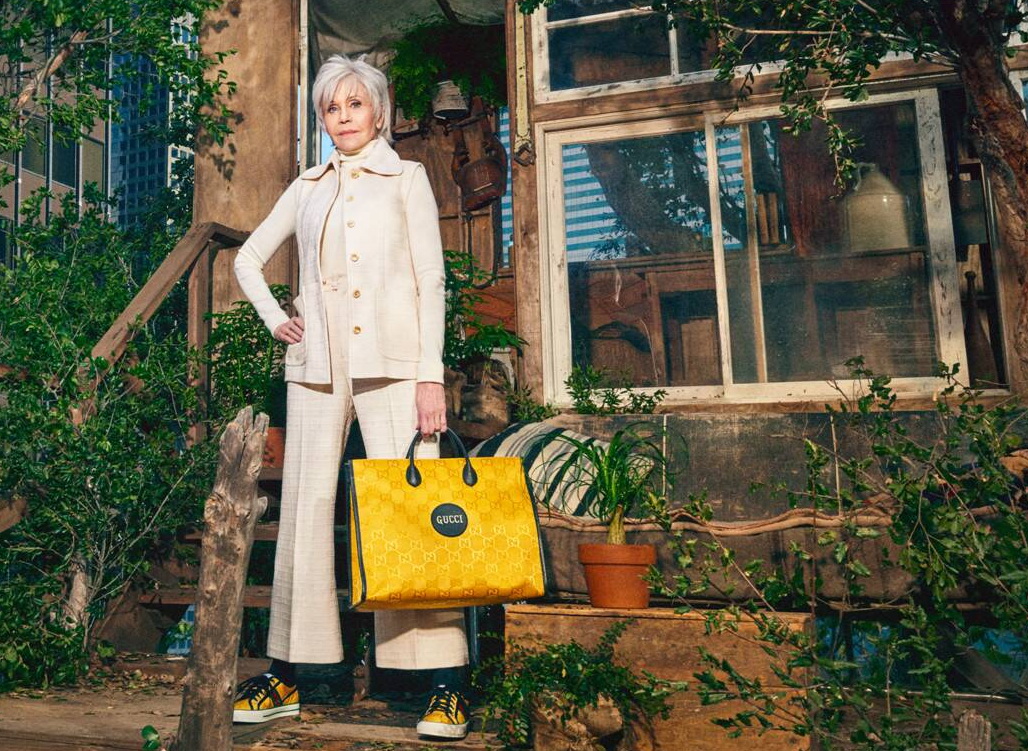 High up in a rustic treehouse, the towering city that surrounds can be viewed from an idyll of nature. This is the setting for the campaign for Gucci’s first sustainable line, Gucci Off the Grid. 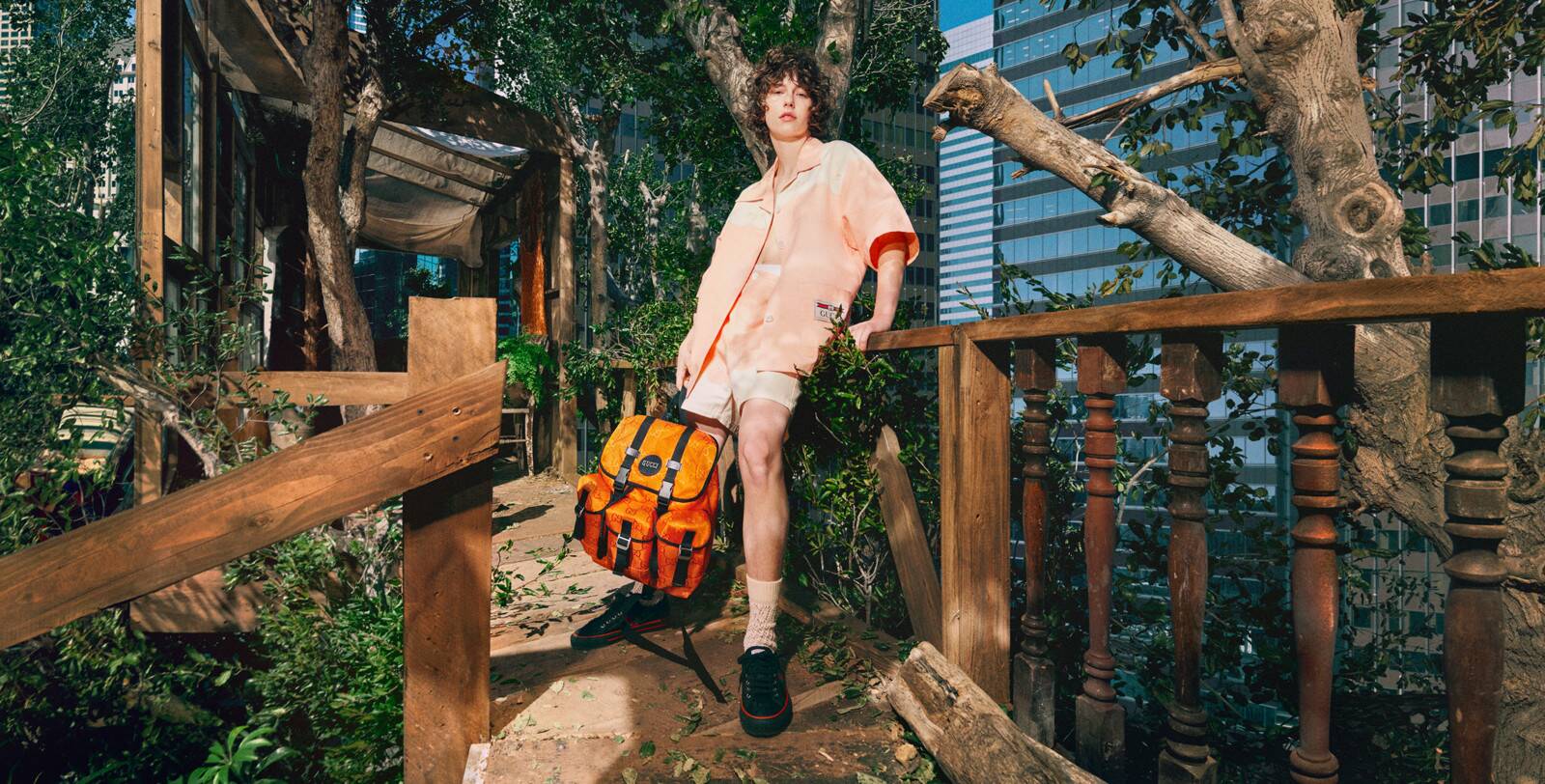 Pictured in the images are a community of testimonials who have made living more responsibly towards the planet and people part of their everyday lives. The inimitable Jane Fonda leads the cast which also includes David Mayer de Rothschild, Lil Nas X, King Princess and Miyavi. 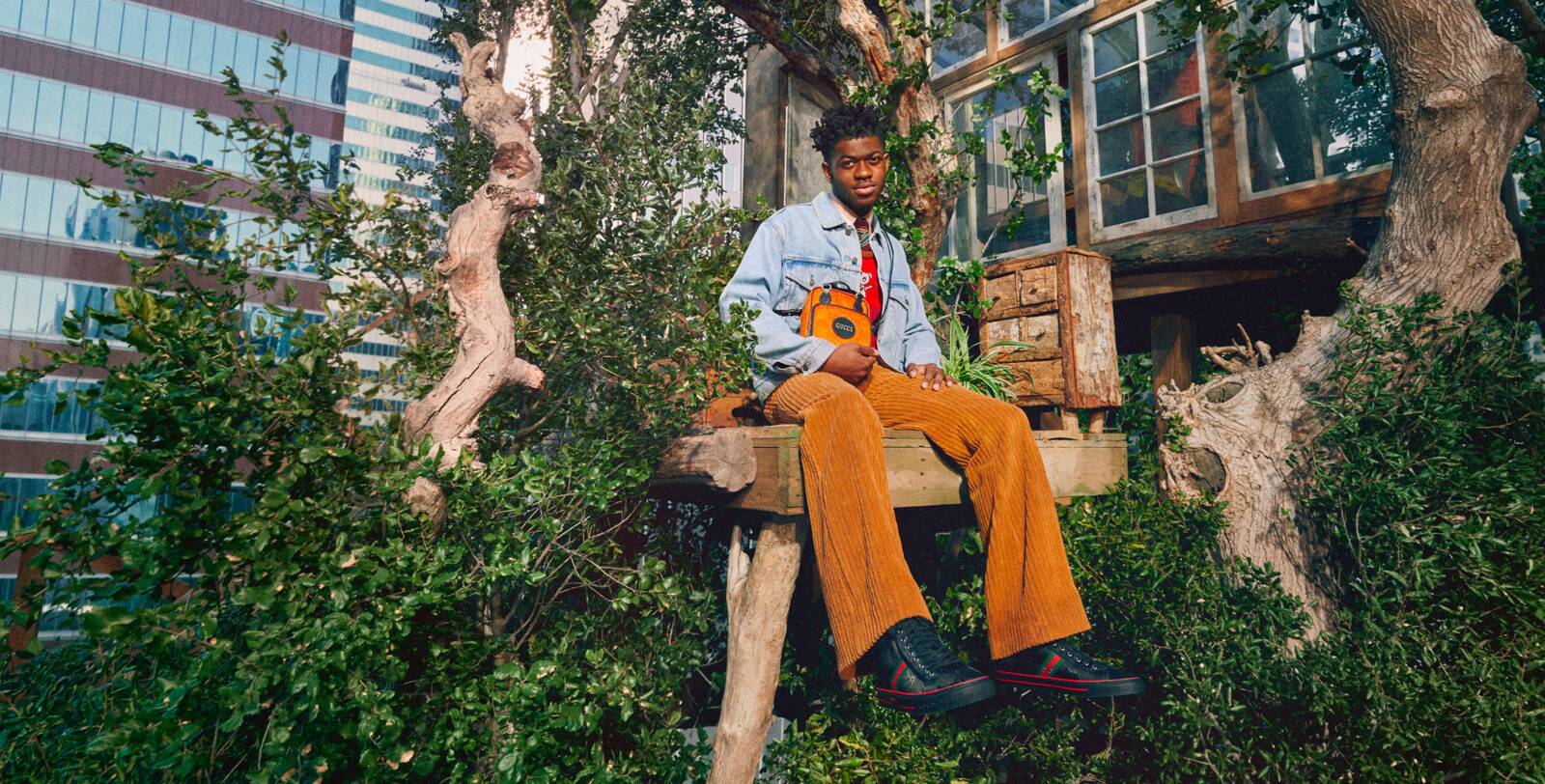 They each wear pieces from the Gucci Off The Grid collection, standing and sitting in the treehouse, ready to—as the line’s label suggests—open the door to a new beginning. 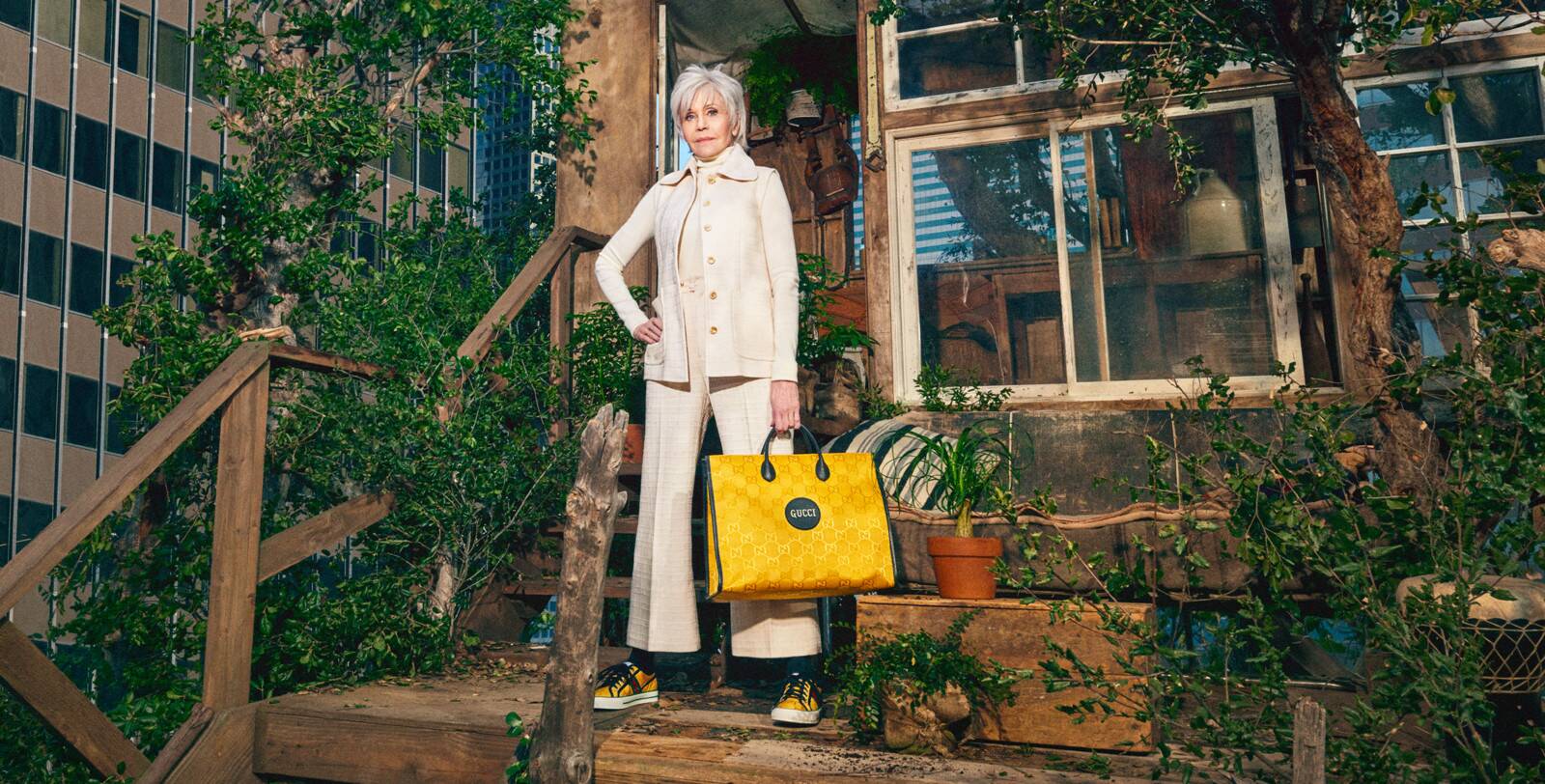 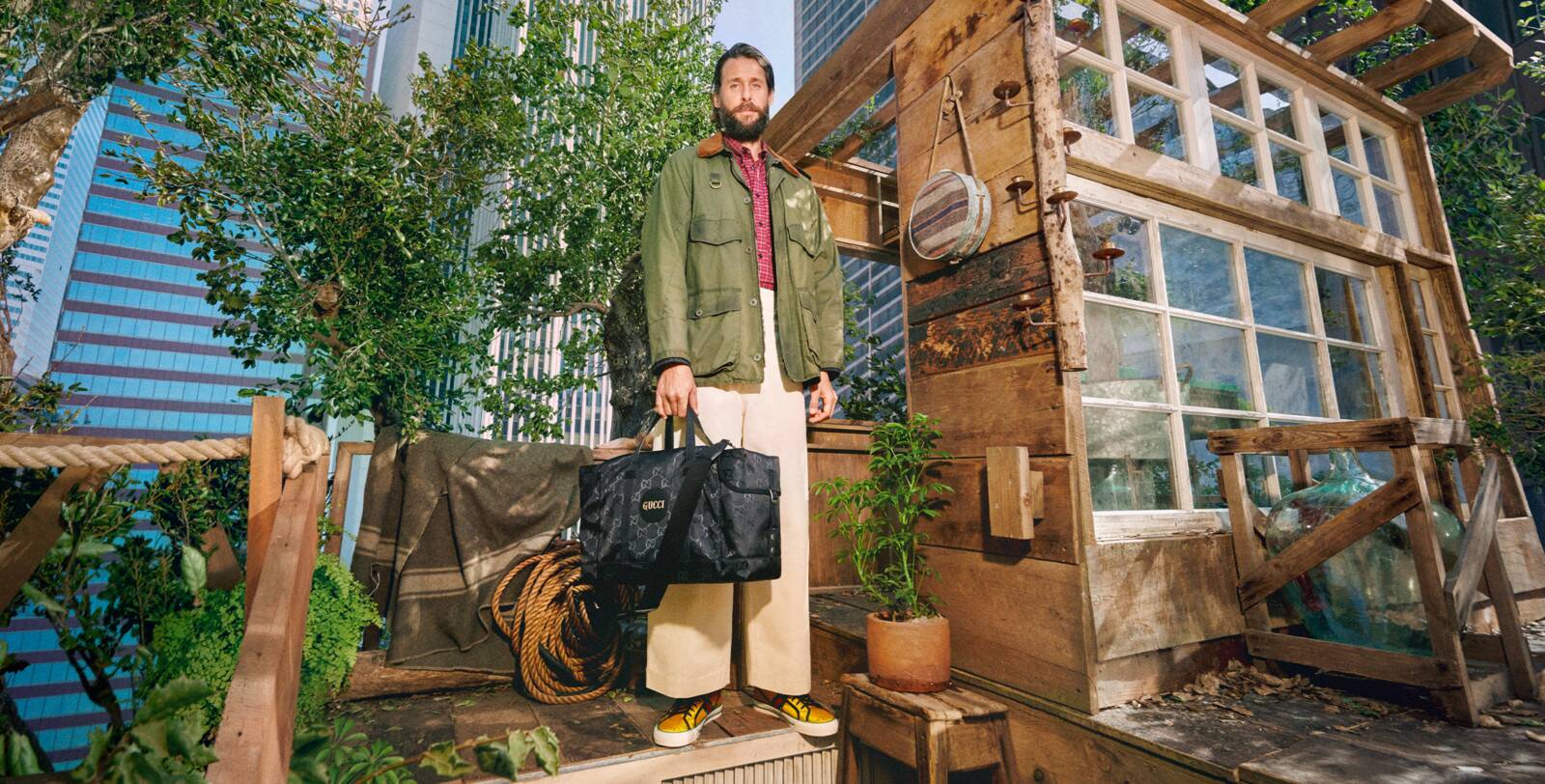 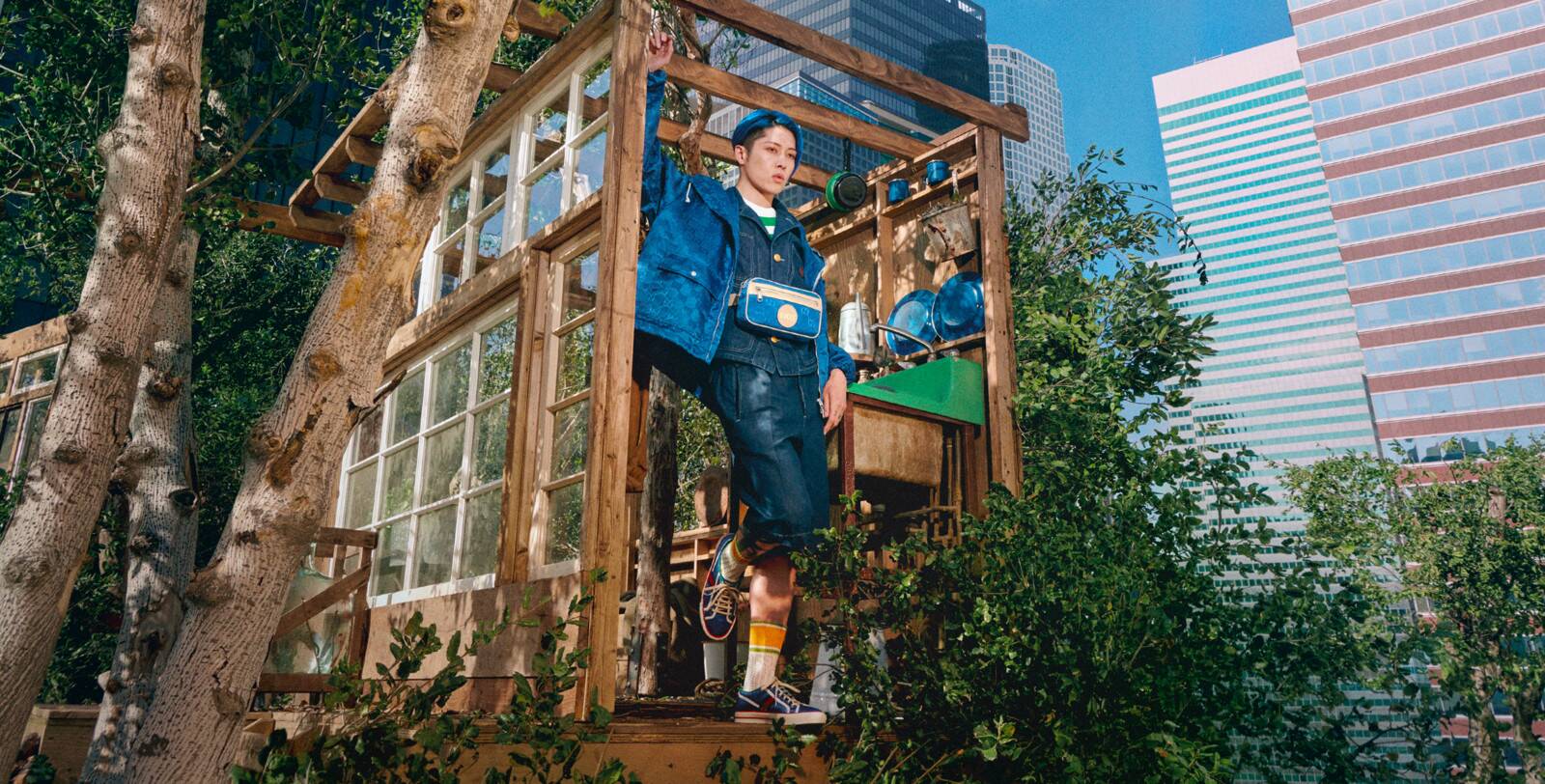