Home » FASHION » Gucci Spring 2020: Fashion as an Instrument of Resistance

Gucci Spring 2020: Fashion as an Instrument of Resistance 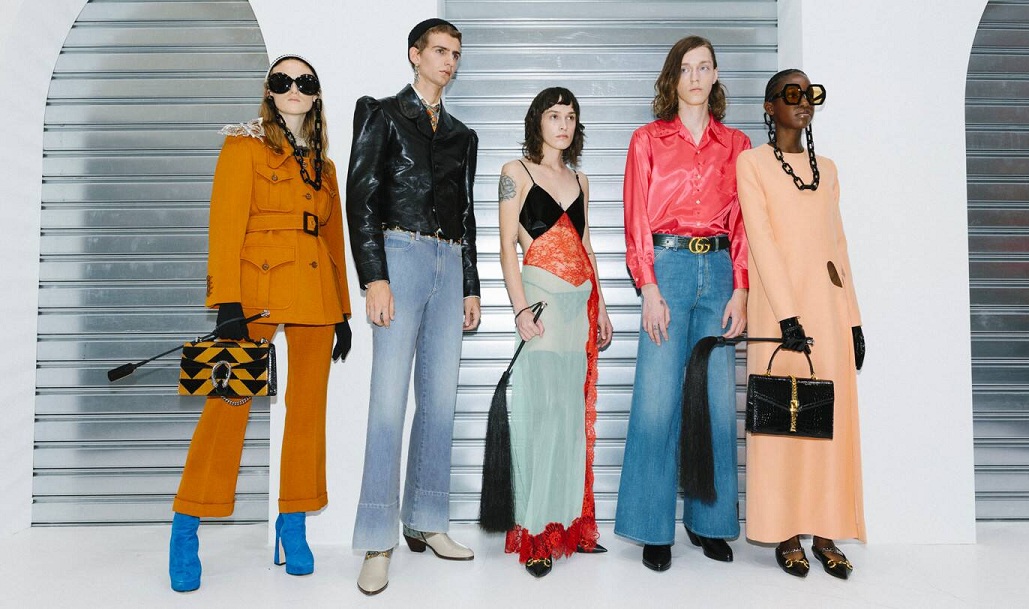 Making a statement about how those in power in society can control others through what they wear, at the beginning of Gucci Spring Summer 2020 fashion show, Alessandro Michele sent out blank-styled looks of utilitarian clothes, uniforms, and straitjackets, which will not be sold. 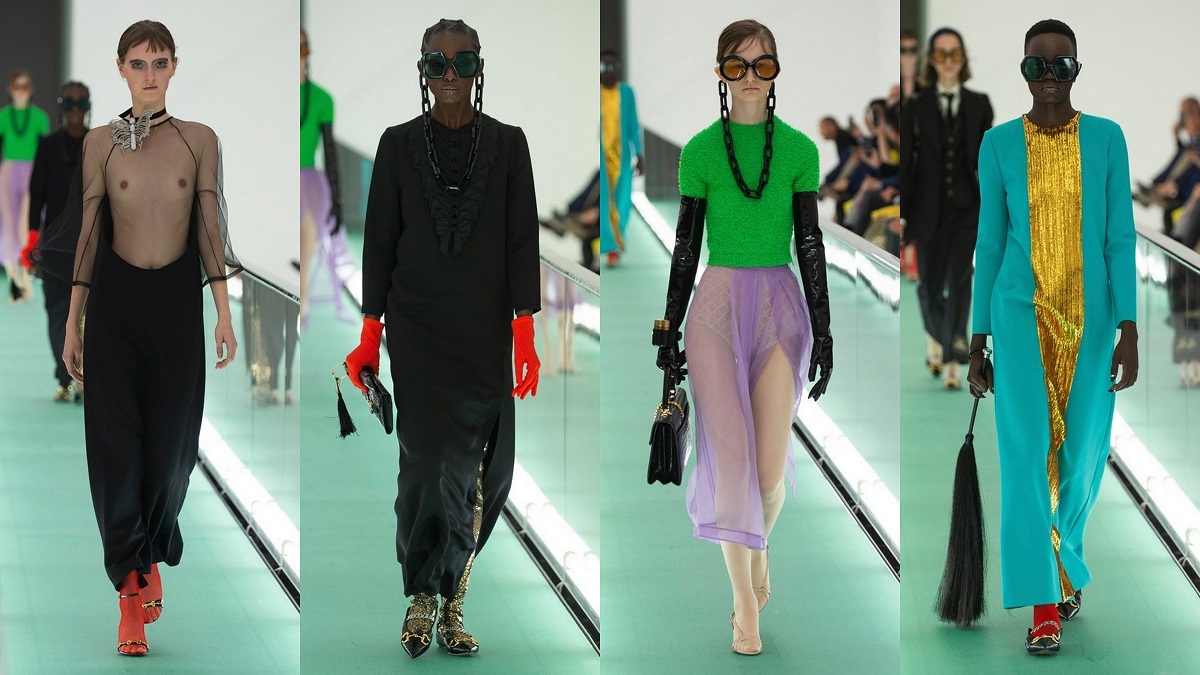 What followed was the collection of 89 men’s and women’s exits which were influenced by the idea of freedom fashion experienced in the 90s, and were imbued with a “beautiful cliché of sexiness”. Sheer lace and lingerie style gowns came with deep necklines, fitted skirts revealed slits, paired with opera length gloves, and a pair of velvet trousers were paired with a plissé chiffon shirt, an elongated piece floating from its back. 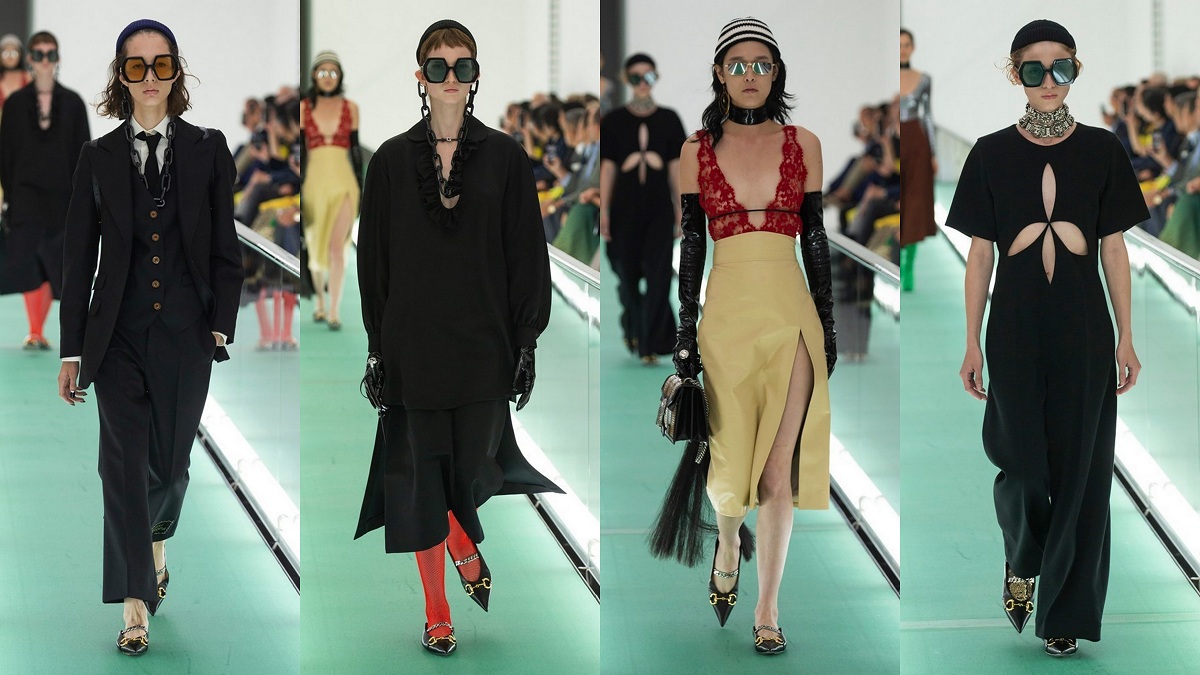 Accessories were inspired by the equestrian roots of the House, top handle bags and pointed slippers decorated with Horsebit hardware, riding crops in the hands of the models “as if they were leaving a club”, Alessandro Michele said. Strapped to the wrist and on the arms, custom crafted lipstick holders, loaded with Gucci Beauty lipsticks. 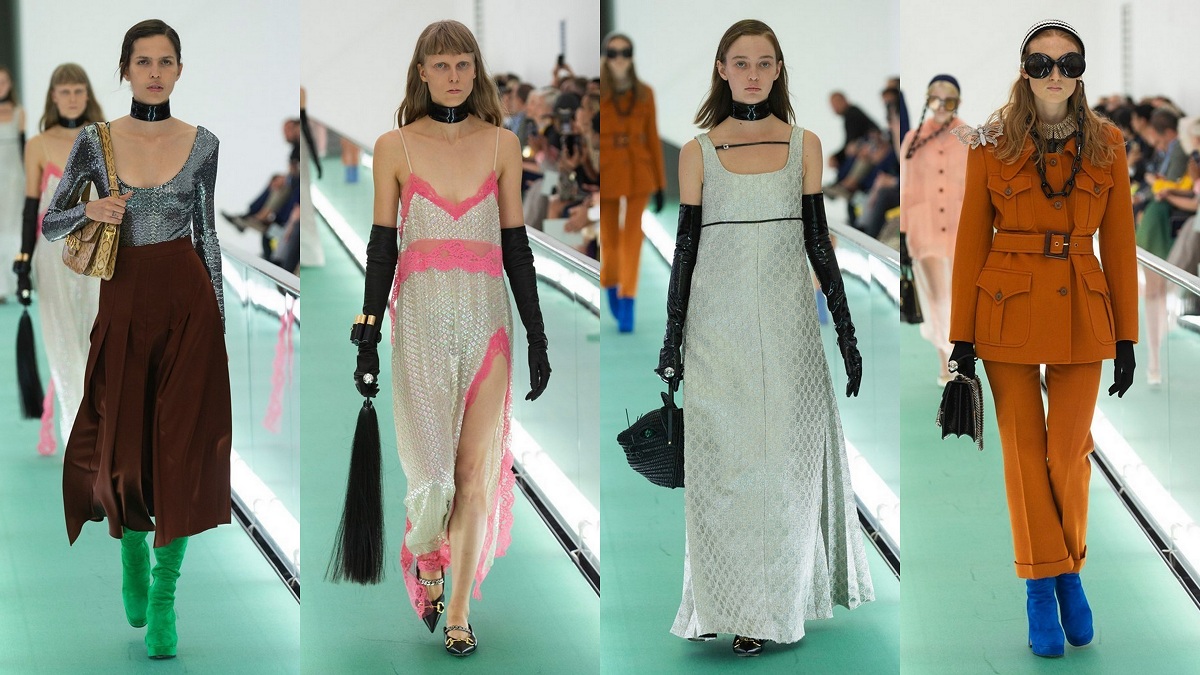 The collection embraced the closing phrase on the show notes: “Fashion as a space of poetical self-affirmation where the desire of the self can shine.” 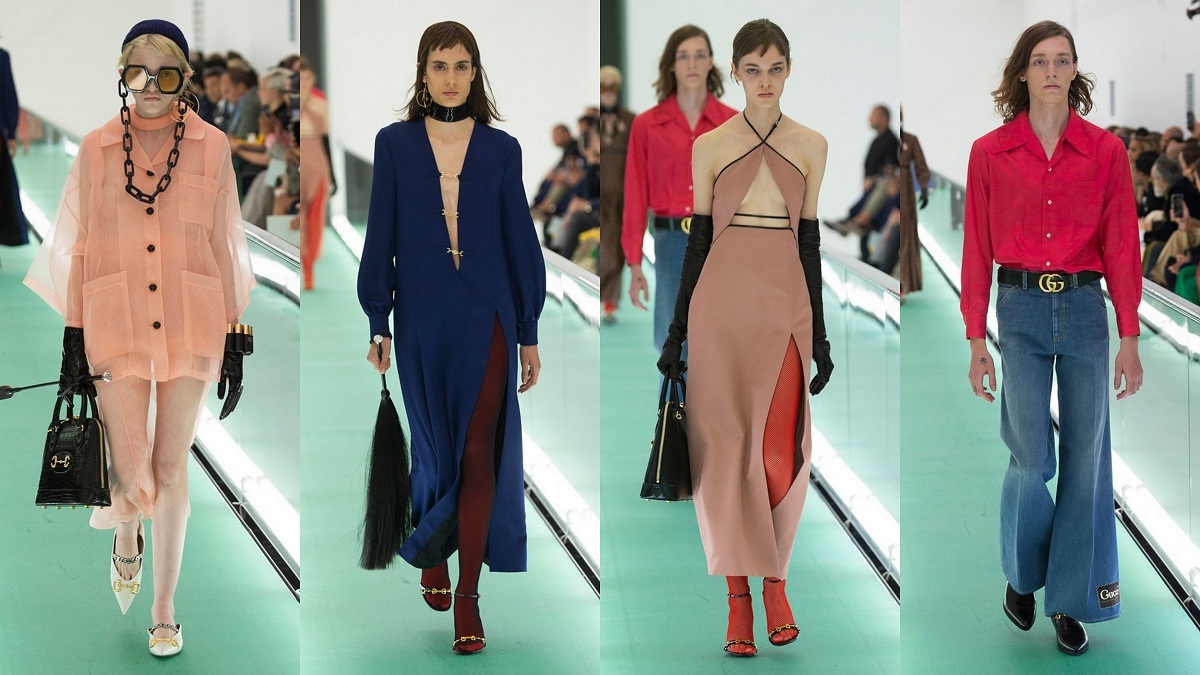 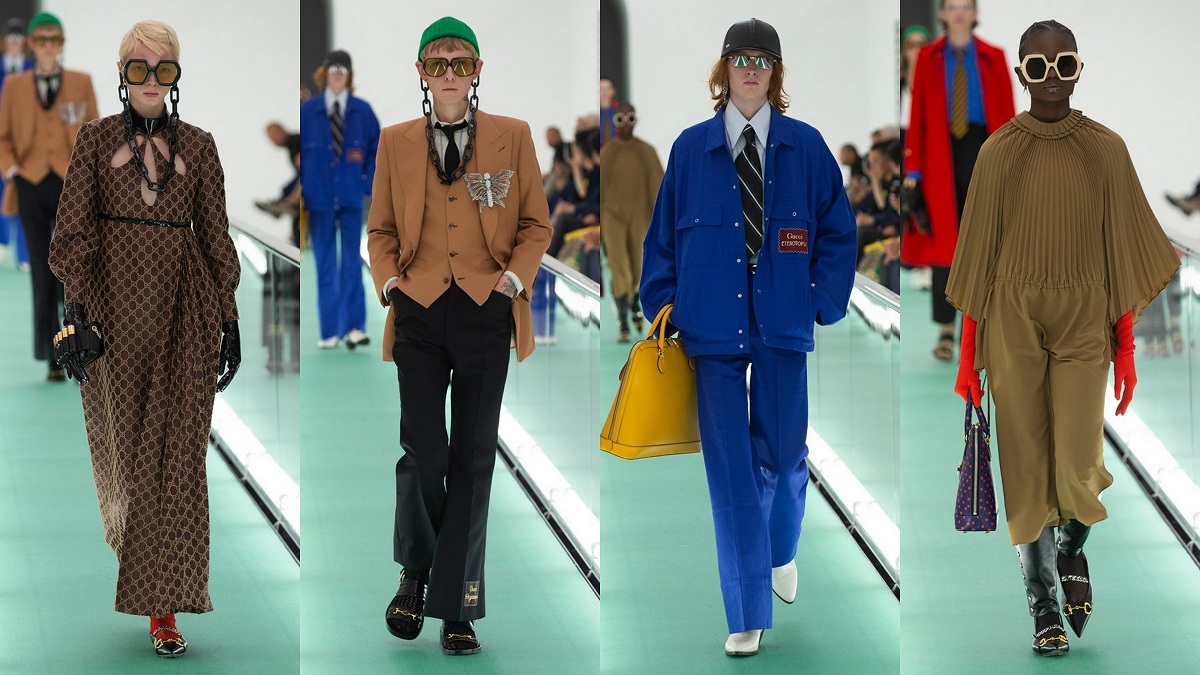 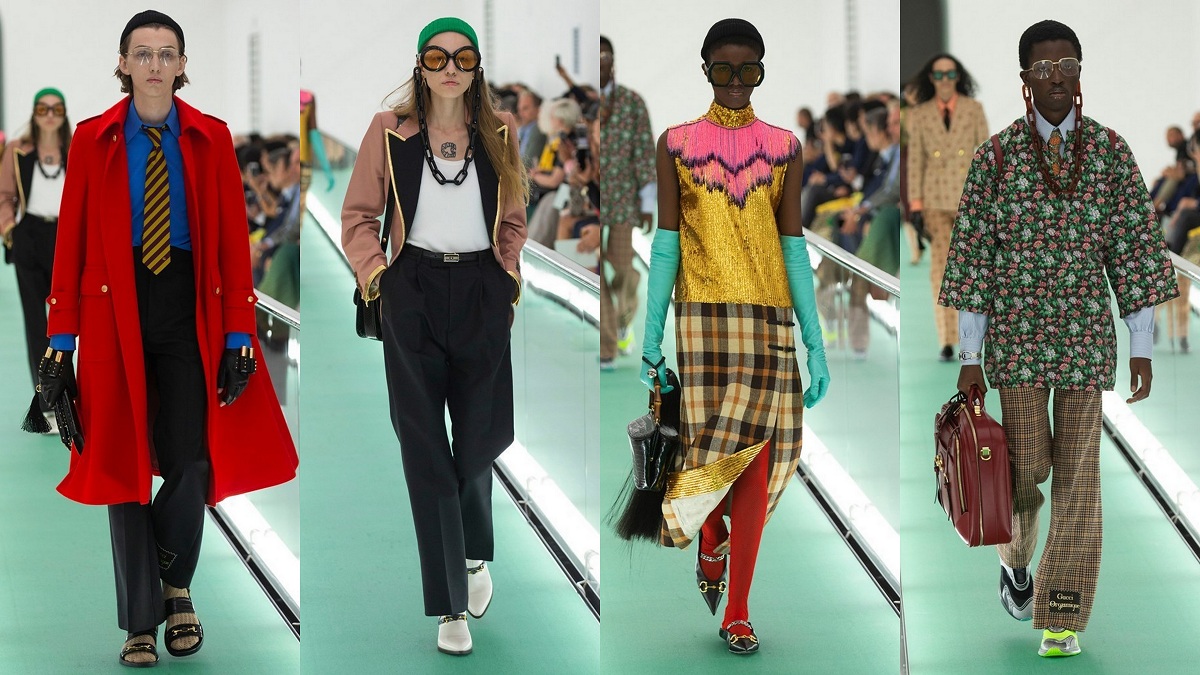 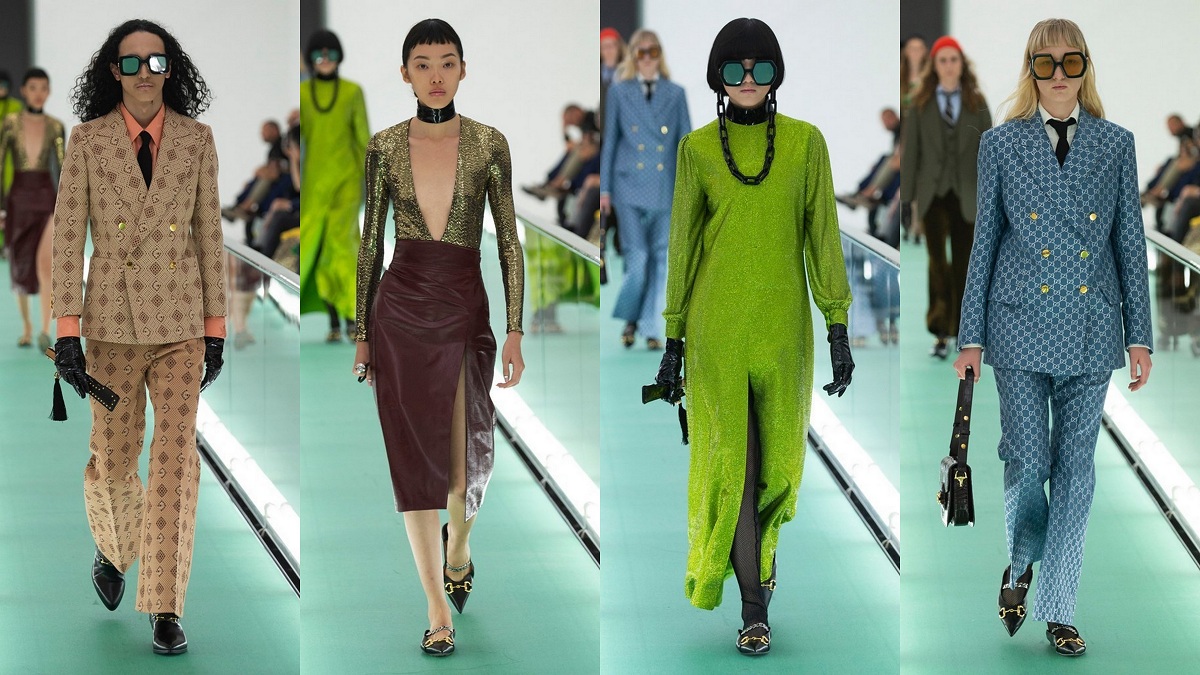 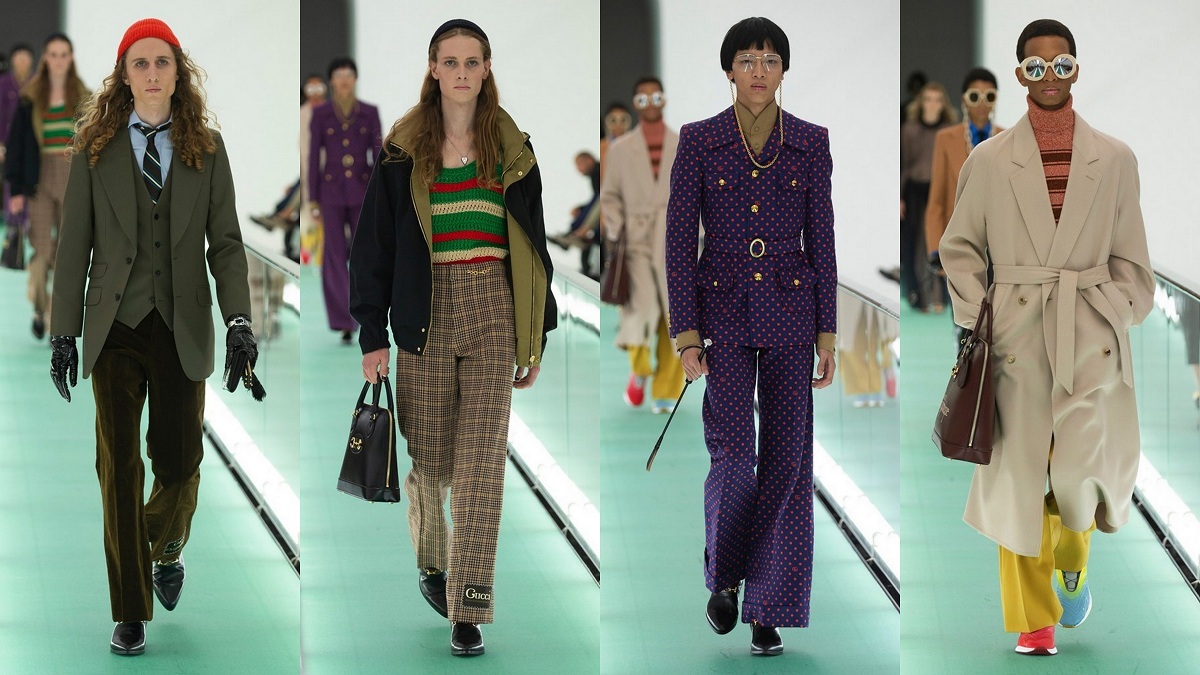 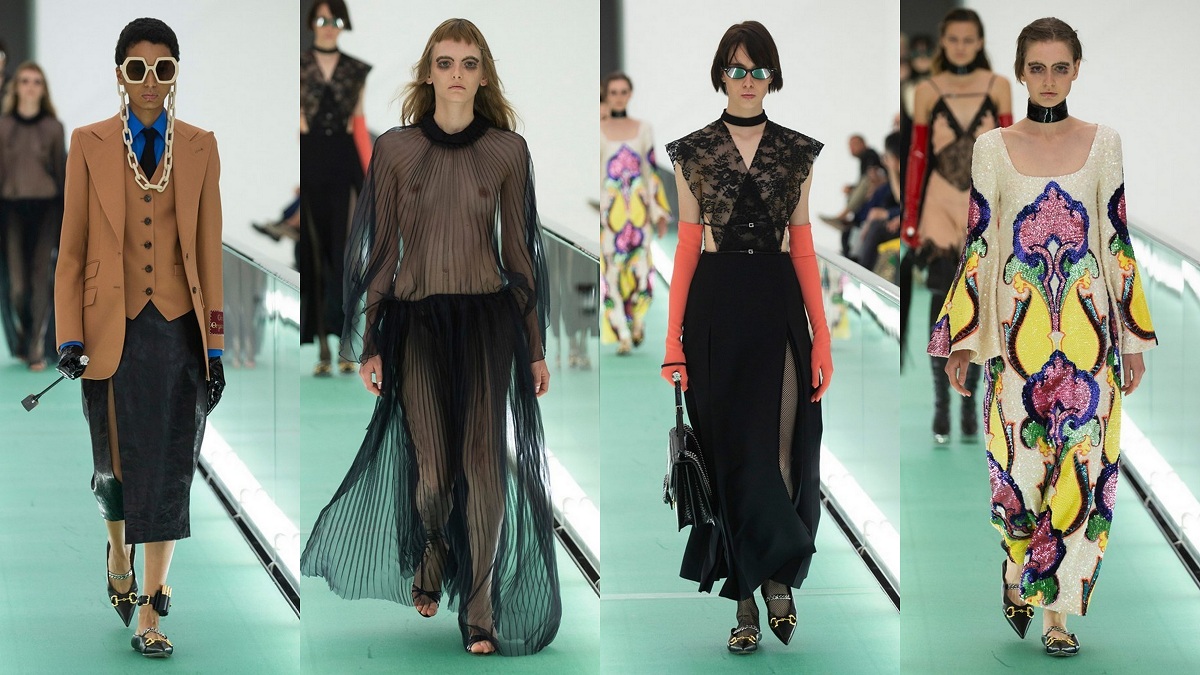 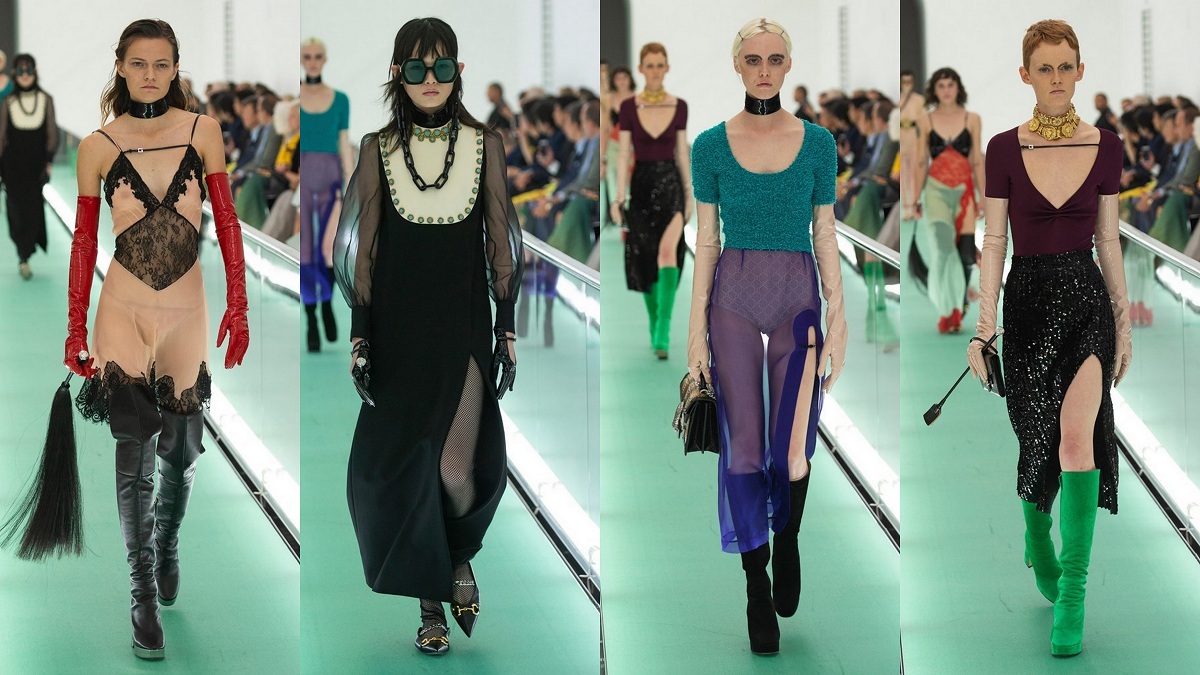 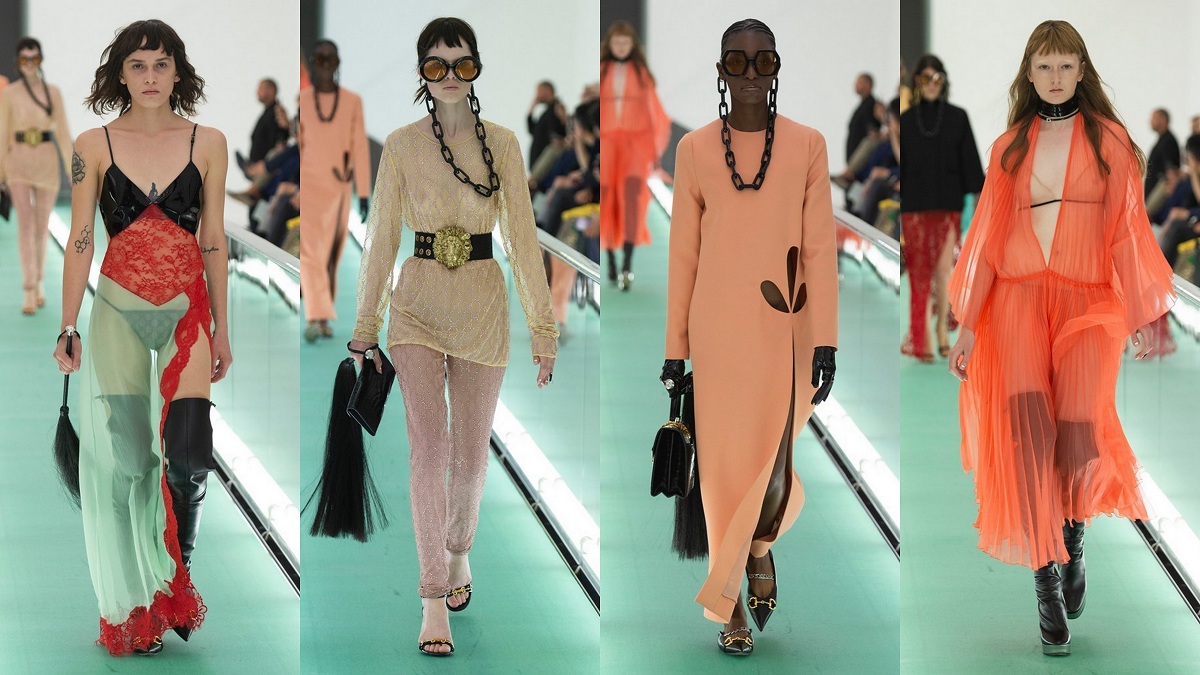 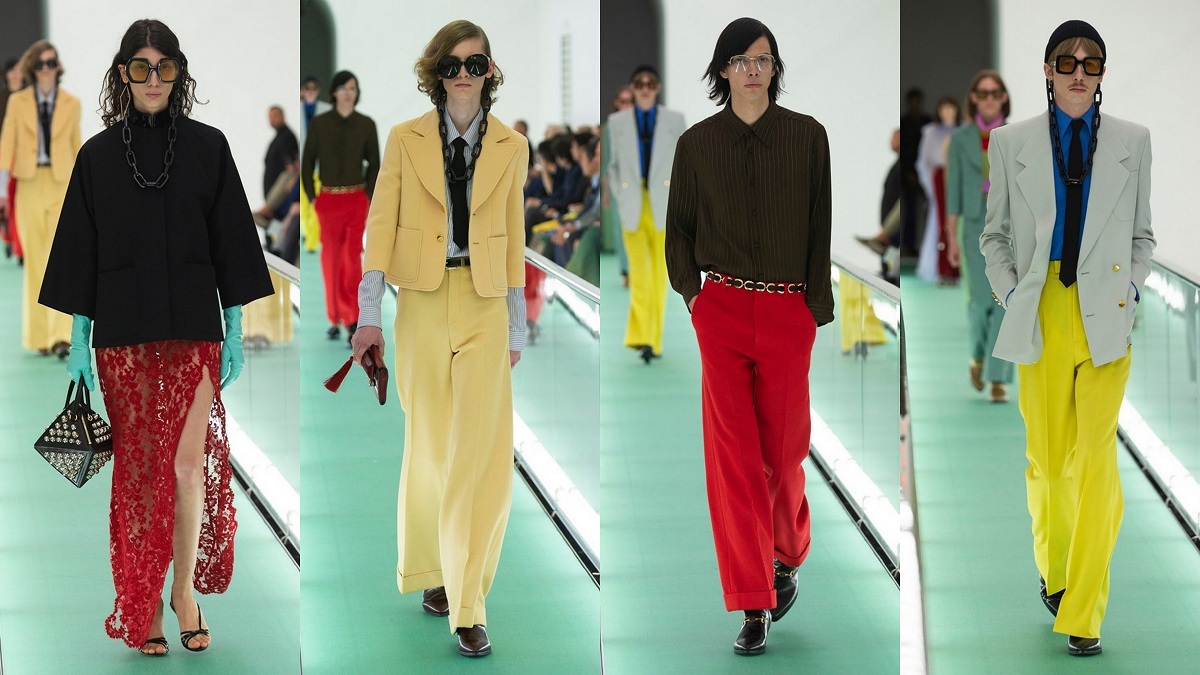 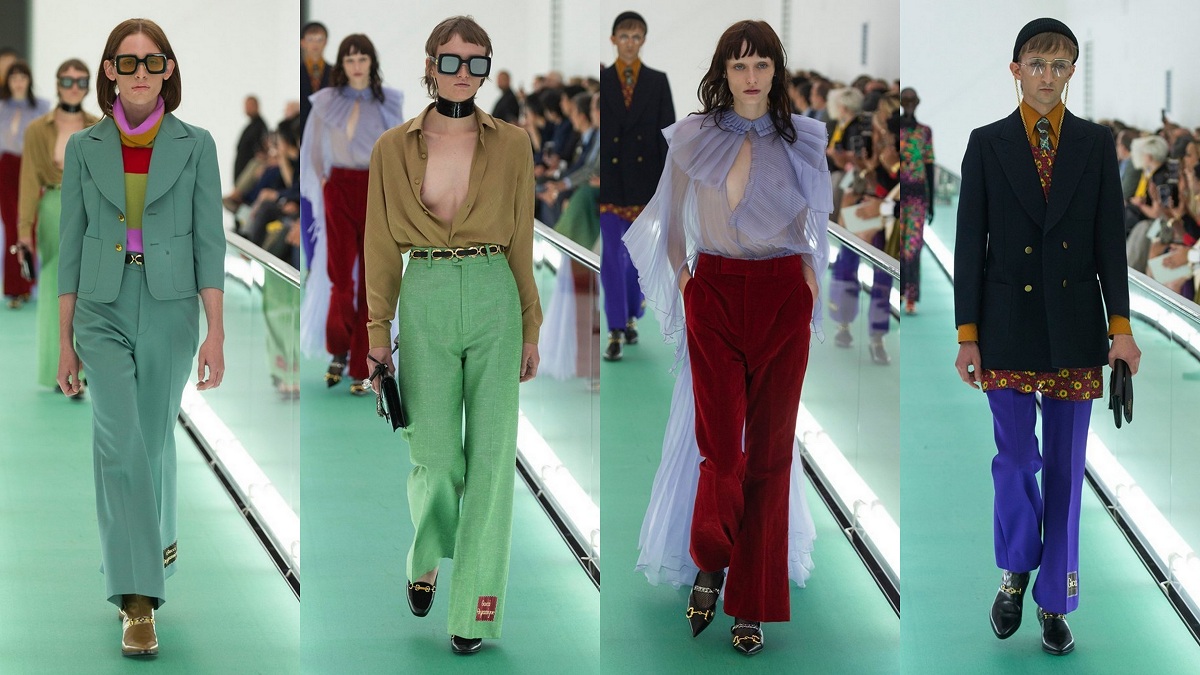 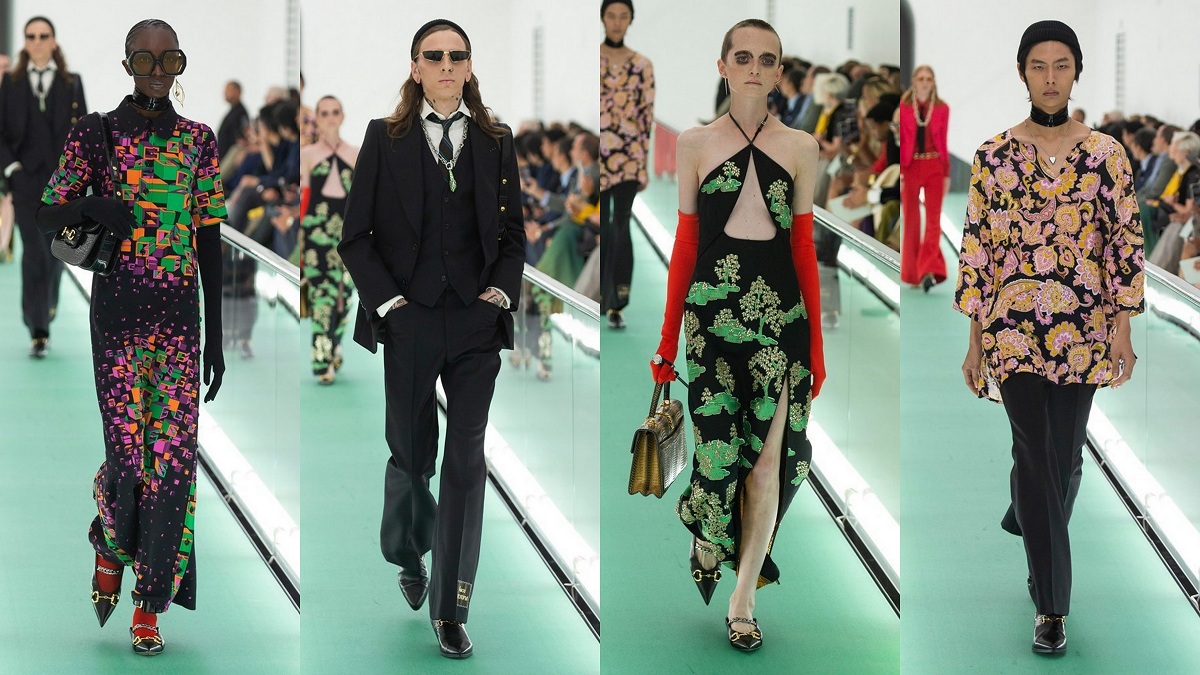 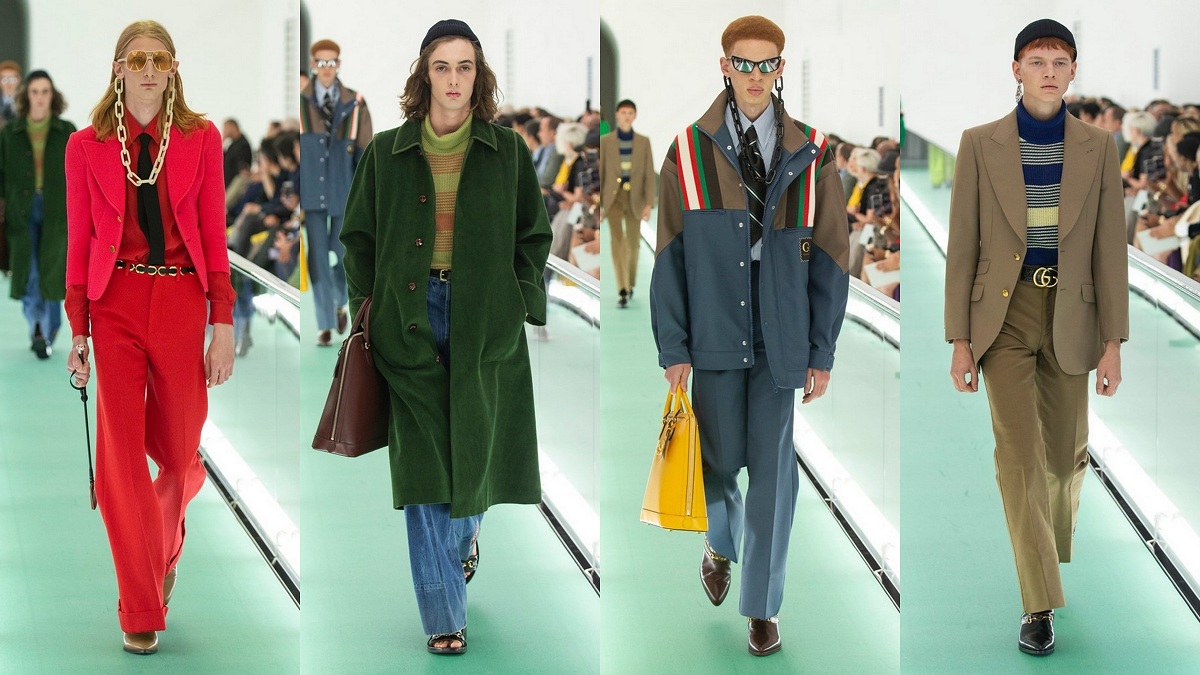 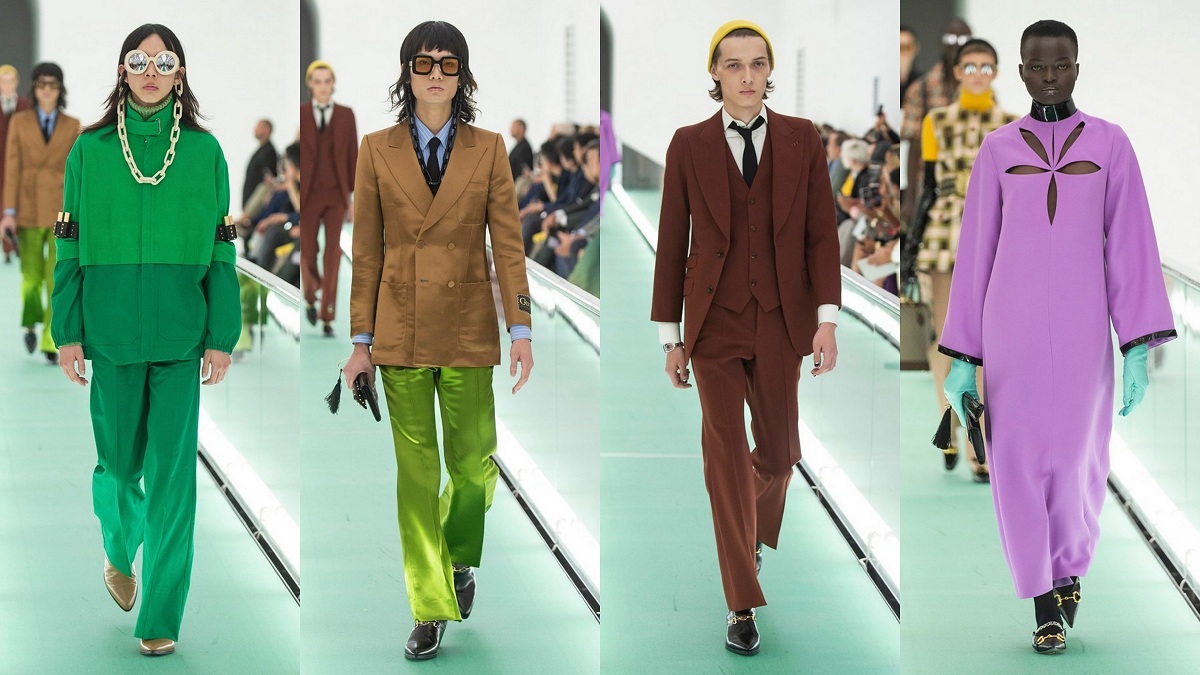 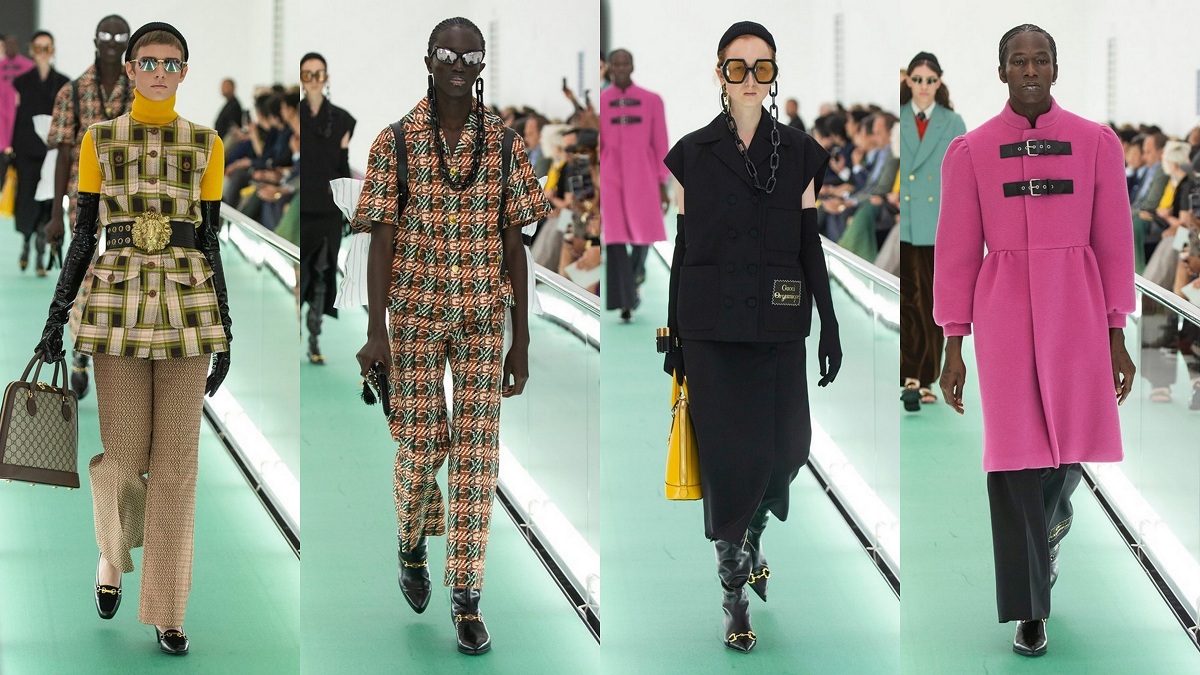 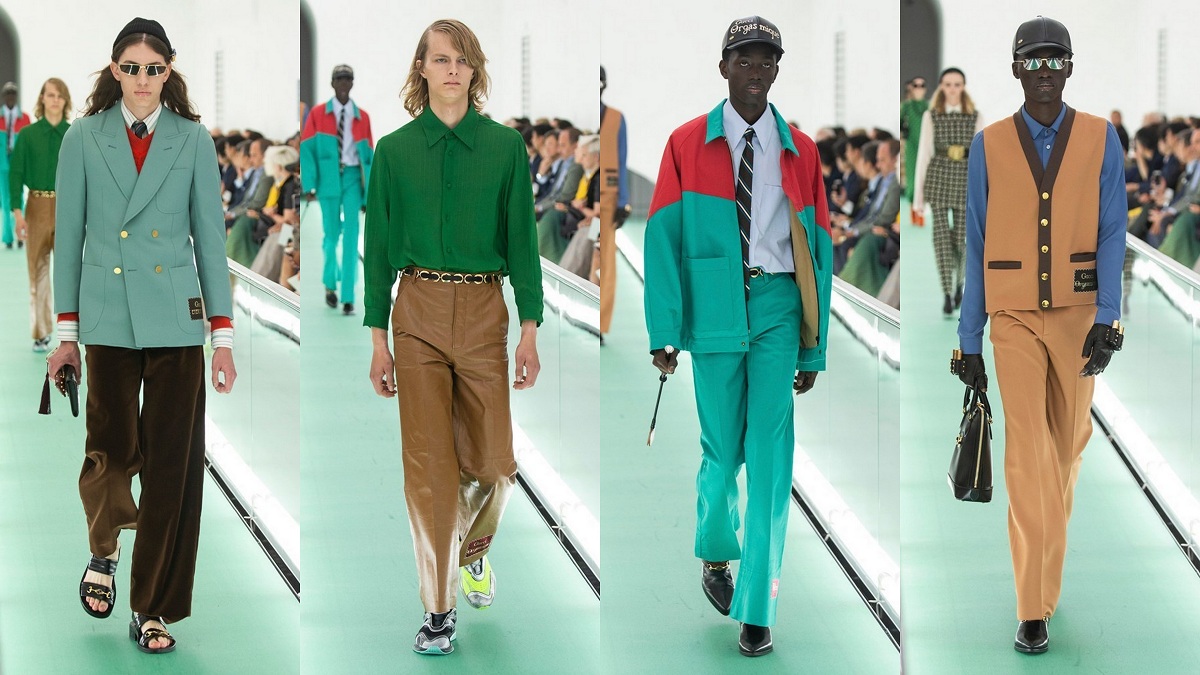 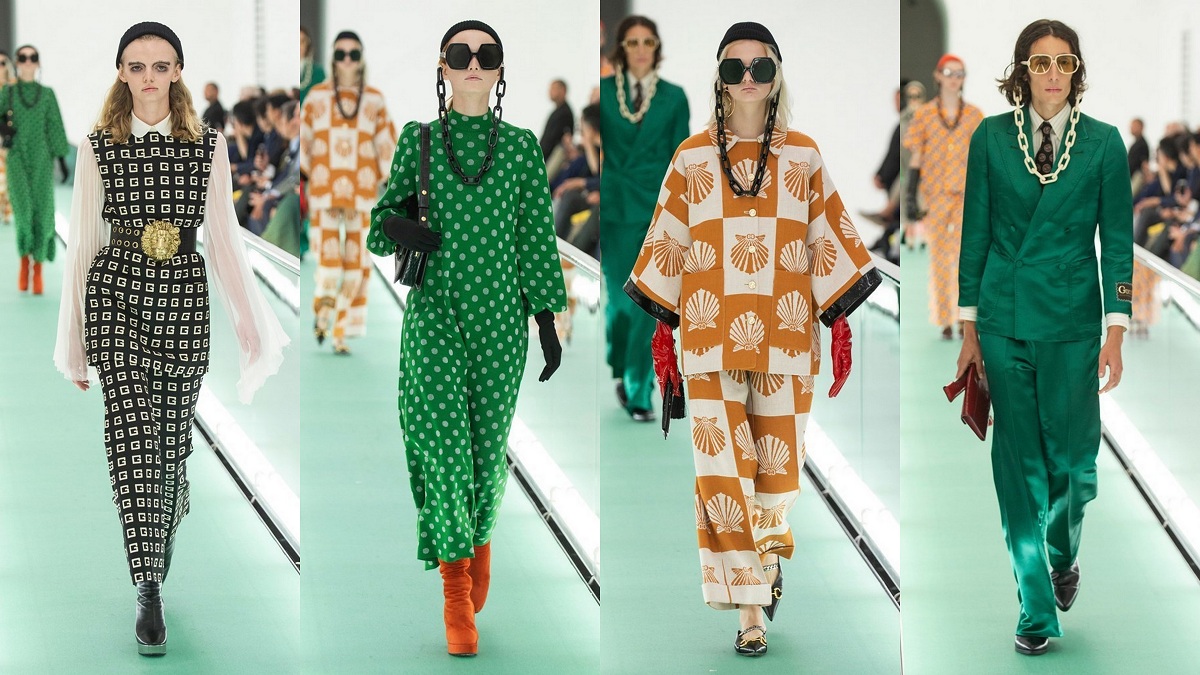 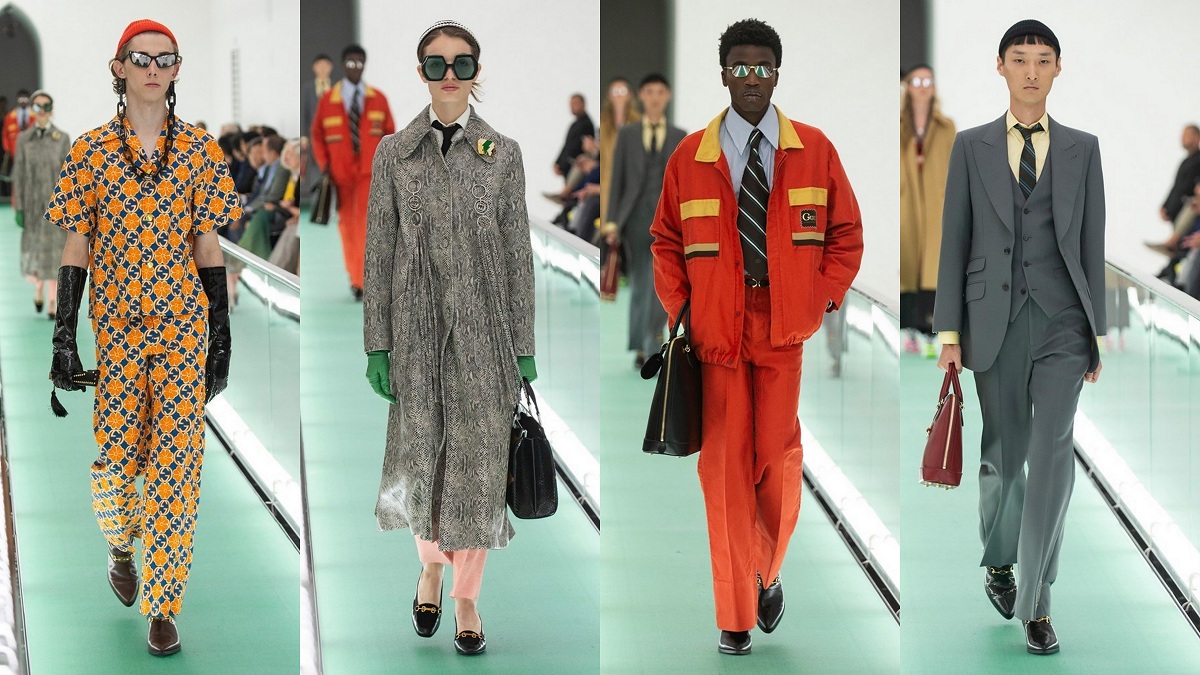 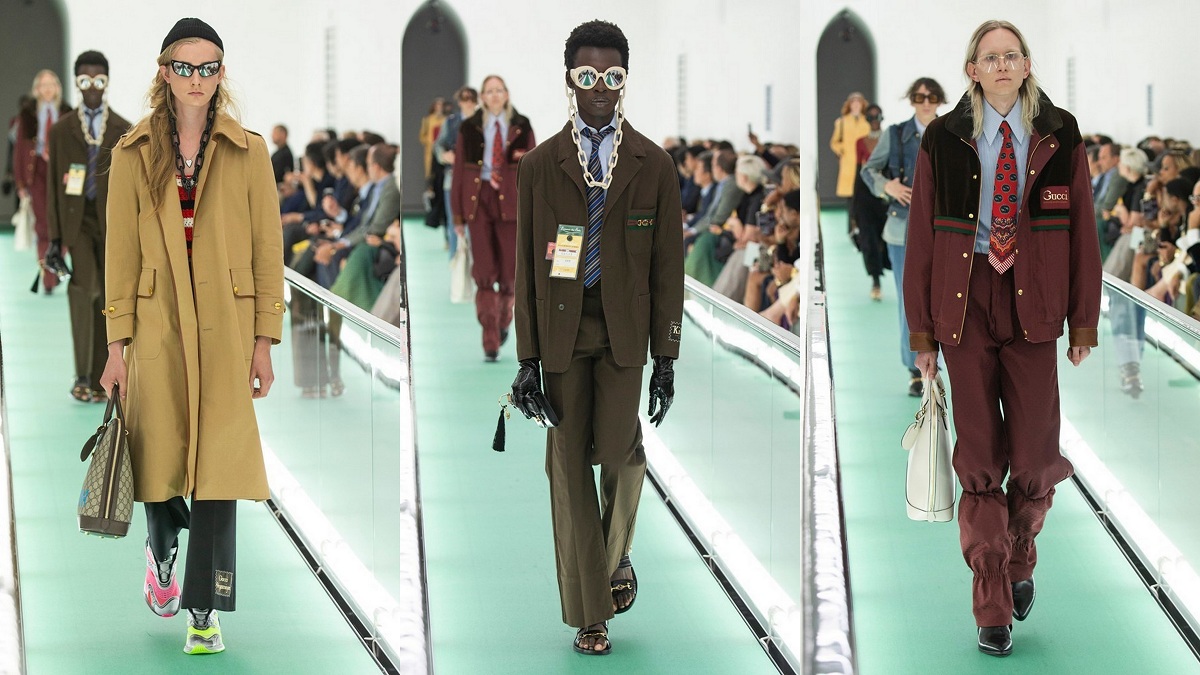 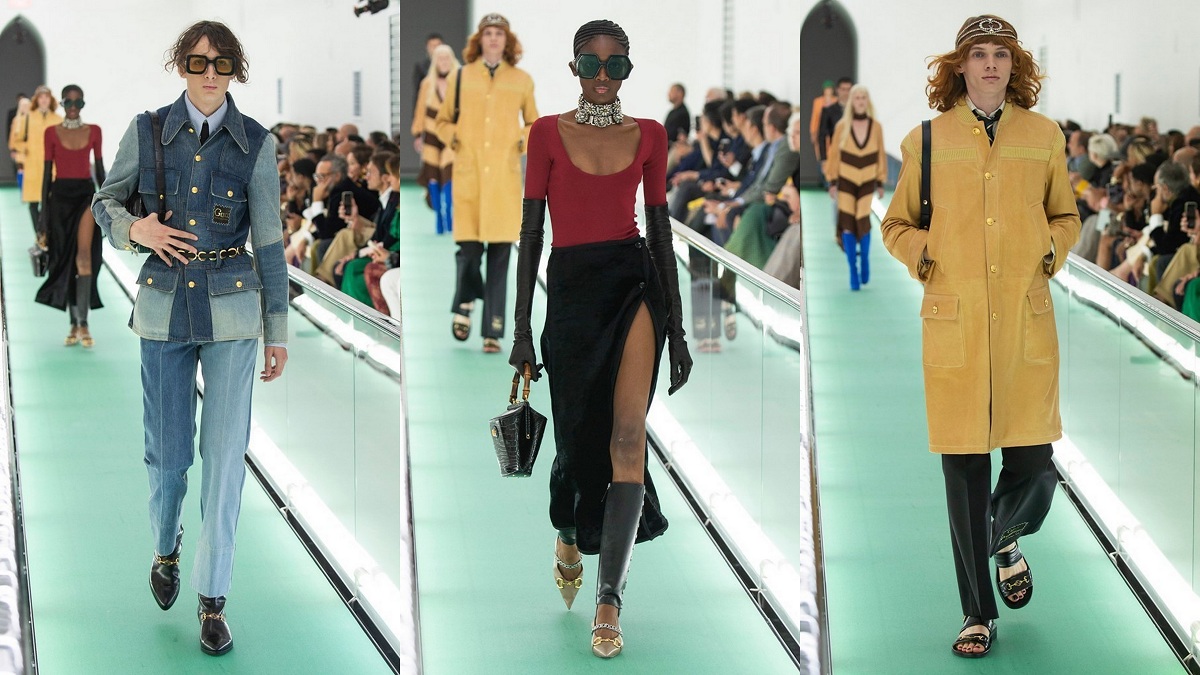 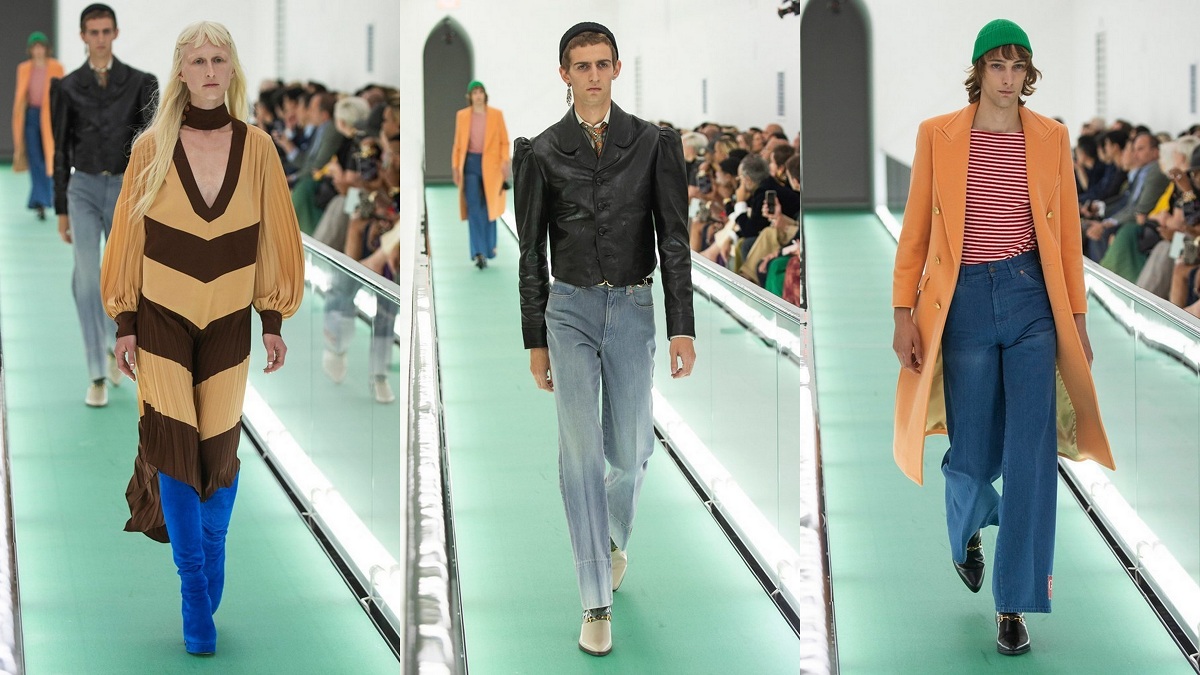 New Gucci Beauty muse Lily Gavin appears in a new campaign designed to convey the joy of embracing the beauty of the self. Highlighting the confidence that comes with feeling you, the campaign reveals the new beautifying...

A holiday party set in the 90s where the workplace becomes an impromptu mix of dance floor, nightclub and bar is the theme of the new Gucci Gift campaign. Channeling the retro vibe of office parties from decades past,...