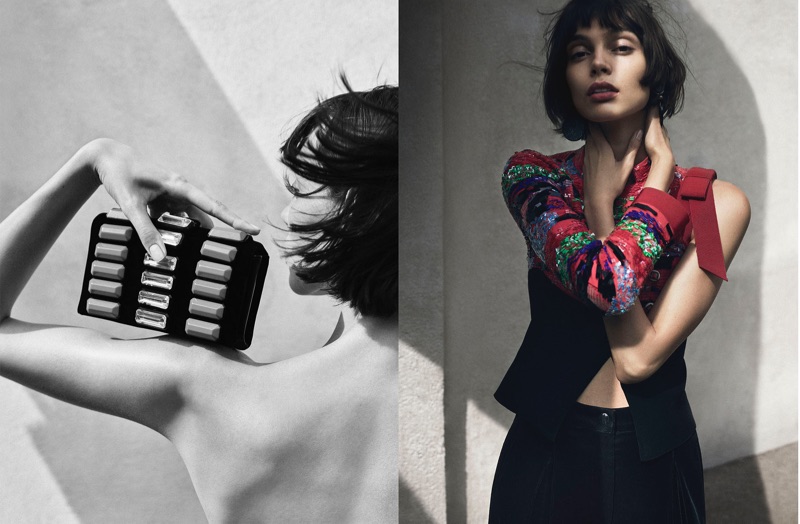 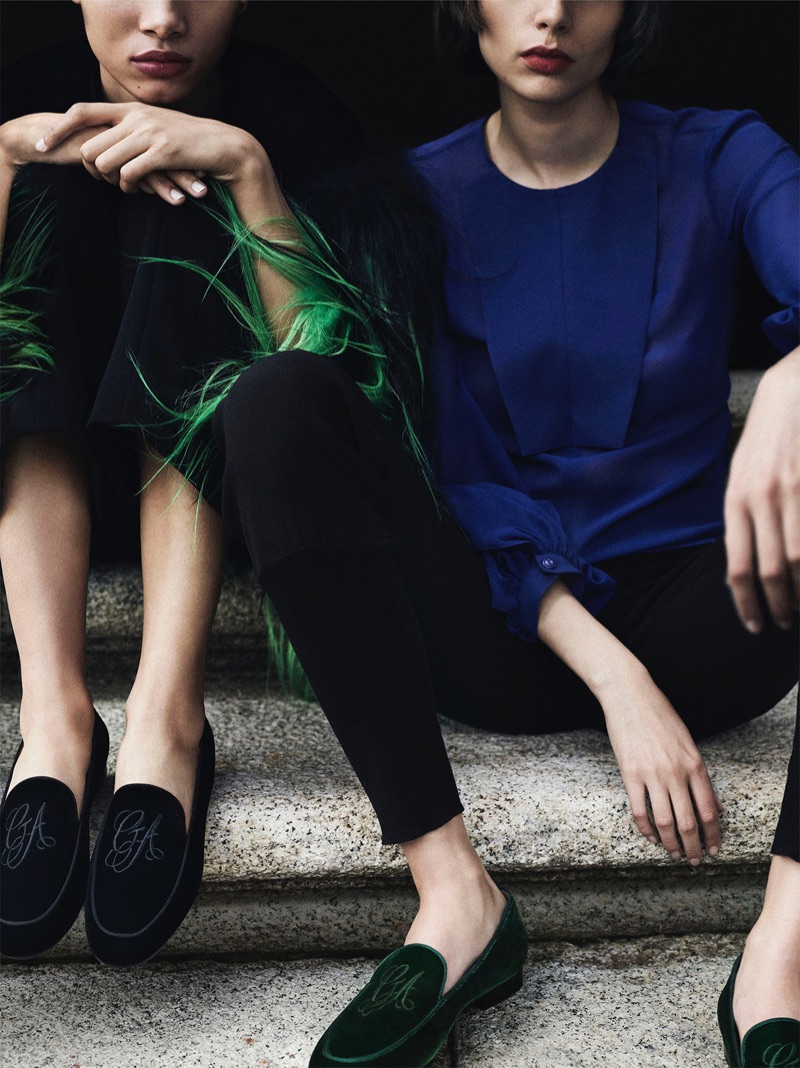 The models sported the key pieces of the women’s and men’s collection, including a burgundy checked suit and a one-shoulder top with embellishments crafted with paillettes for women, while a gray suit paired with burgundy velvet outerwear and a minimalistic total-white shirt, pants and tie are among the looks for men. 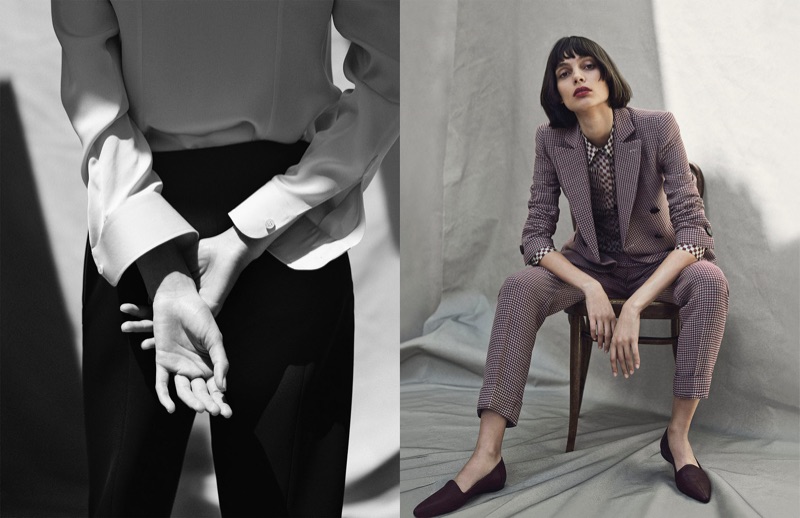 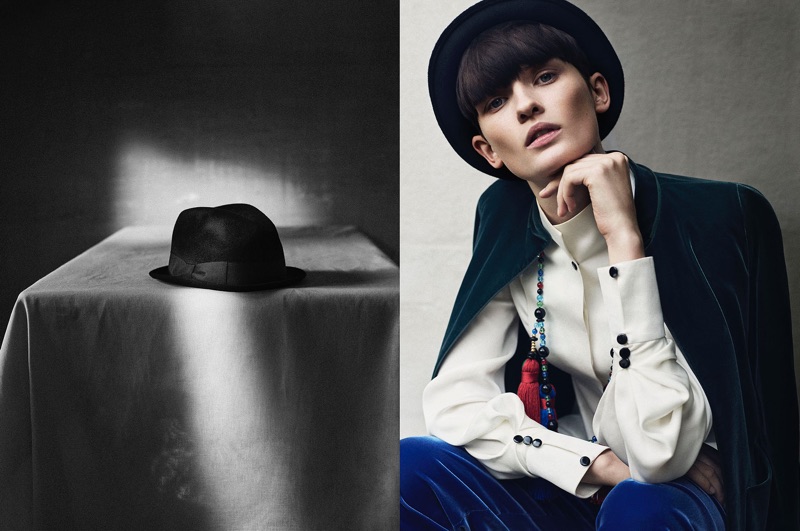 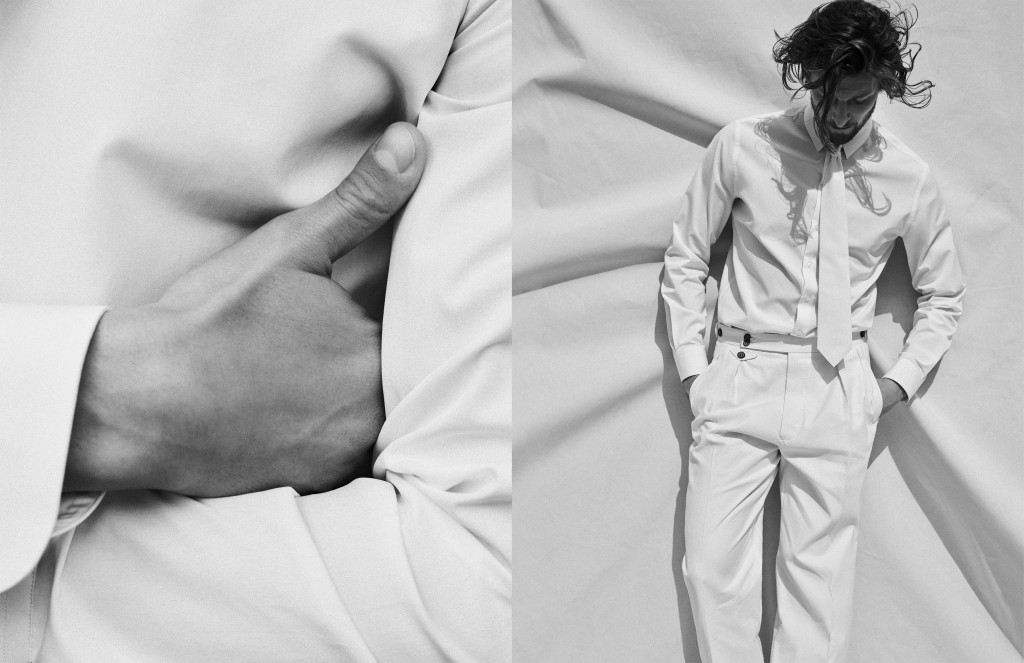