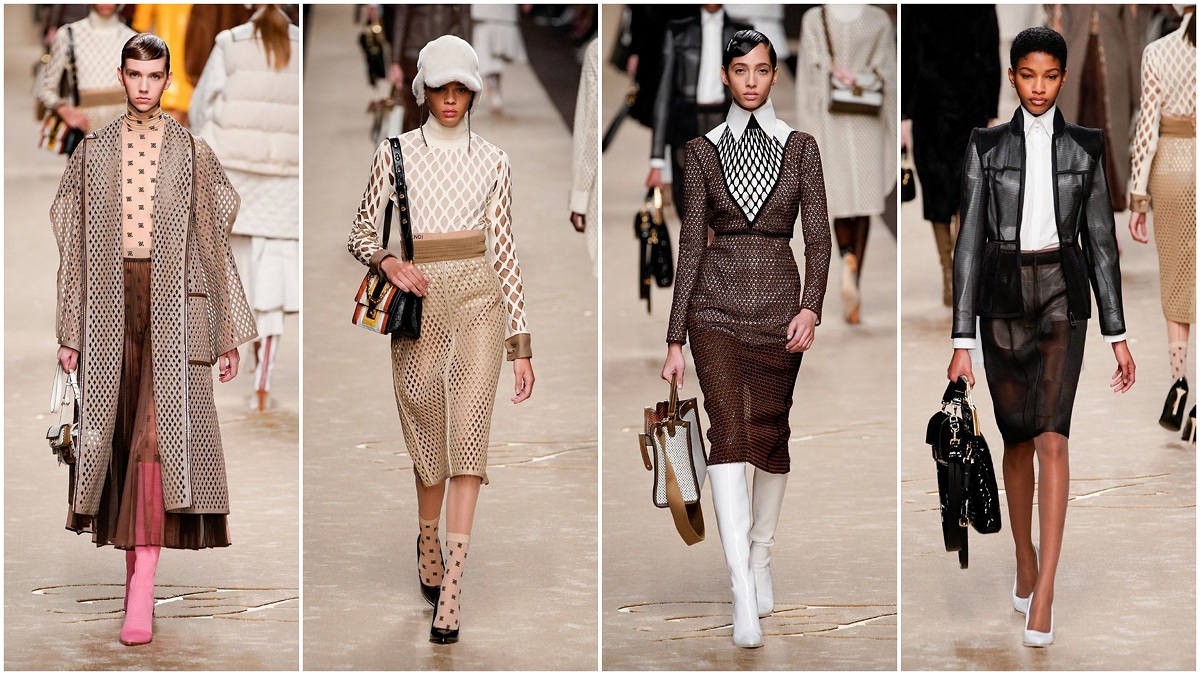 Fendi‘s Fall Winter 2019 Ready-to-Wear collection was presented as a tribute to the late Karl Lagerfeld and his 54-year-long tenure as creative director. Lagerfeld’s legacy is of a towering height and Fendi acknowledged it in a touching way: above the catwalk’s entrance was his handwritten signature in lights, and at every seat was a tribute card that commemorates his death. 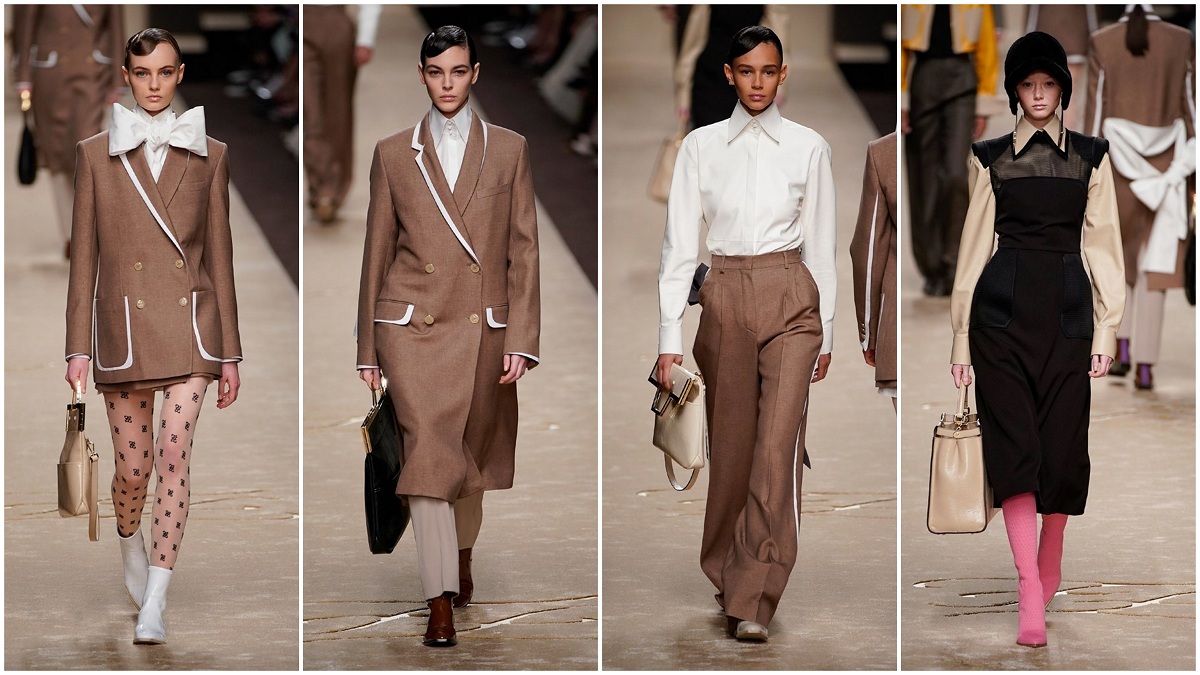 “I am deeply saddened by the loss of Karl,” said Silvia Venturini Fendi, “and deeply moved by his constant attention and perseverance to the end”. 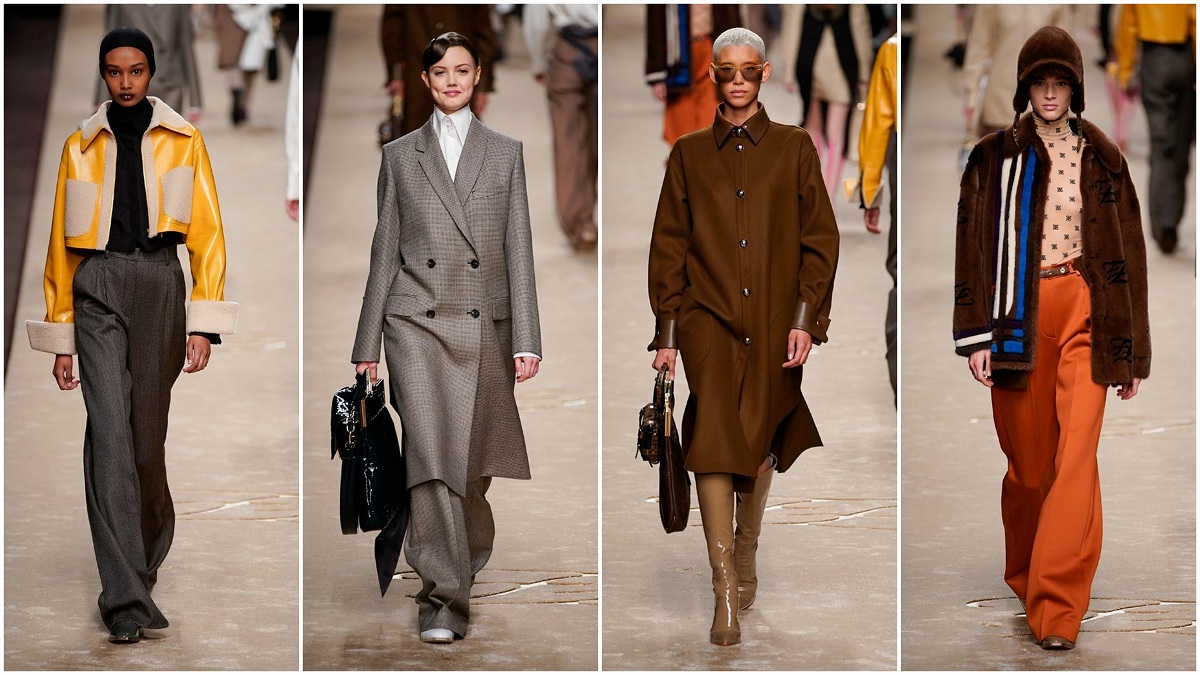 There were numerous trademark elements of the emblematic designer throughout the collection, such as high Edwardian collars that Lagerfeld himself used to wear, and slightly redesigned double F, a brand logo that he personally designed. It strikes as a sort of irony that the famous Fendi logo ended its life at the same time as its creator. 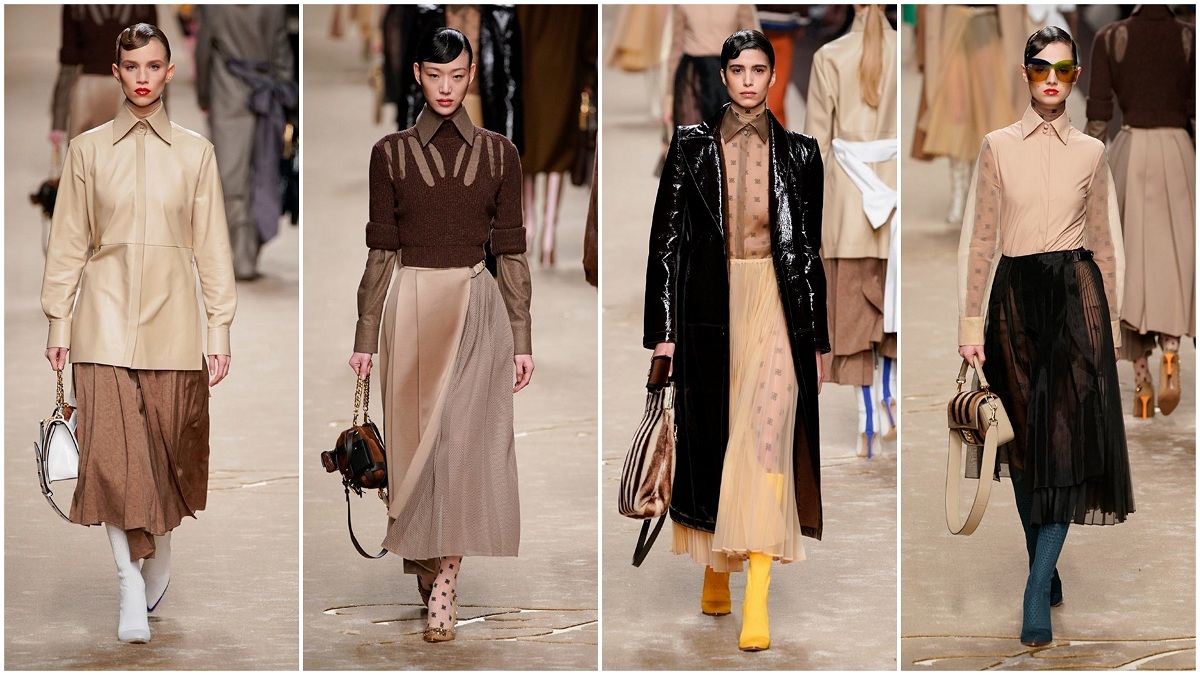 For the Fall Winter 2019, Fendi woman is an elegant urban explorer, ready for new adventures, but also graceful and refined. The silhouettes designed by Lagerfeld for this collection are majestic in their linear simplicity: the coats and double-breasted jackets were oversized, with masculine but graceful cuts. And to ensure at least some controversy, there were several outfits in mink, edged or in patchwork declensions, and in colored sheepskin, which will undoubtedly continue to anger animal activists worldwide. 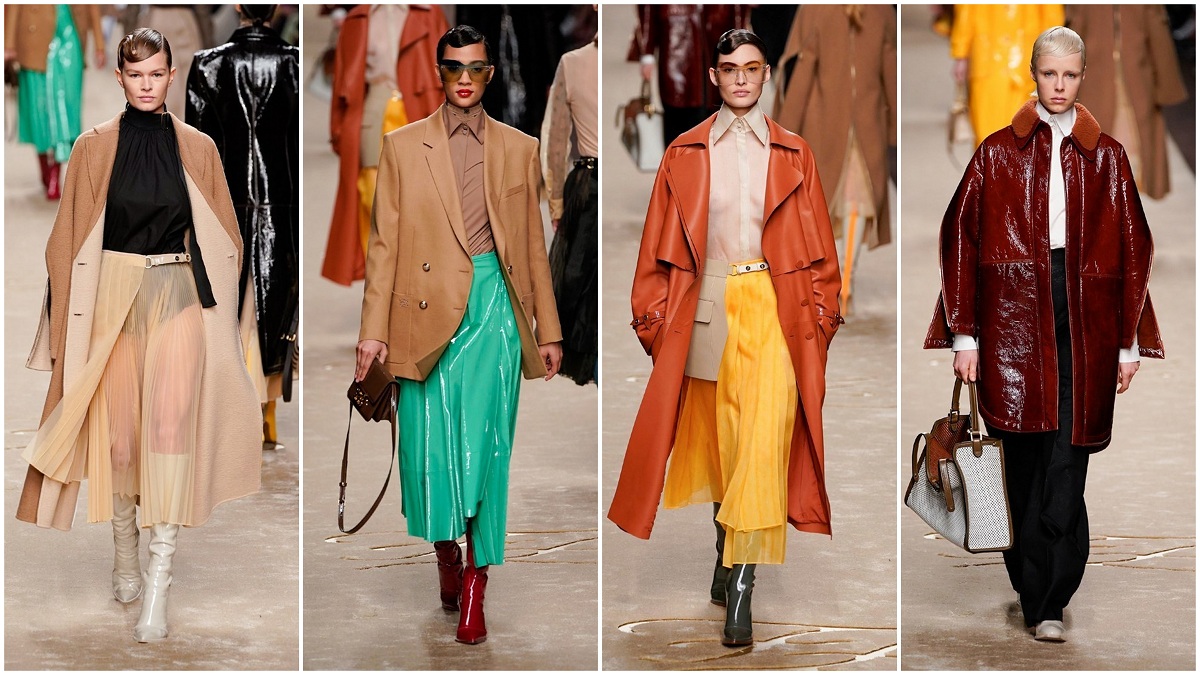 Fendi, as per usual, presented many accessories, starting with the new variations of Baguette and Peekaboo bags, the pilot caps in colored fur, and the colored overknee boots. 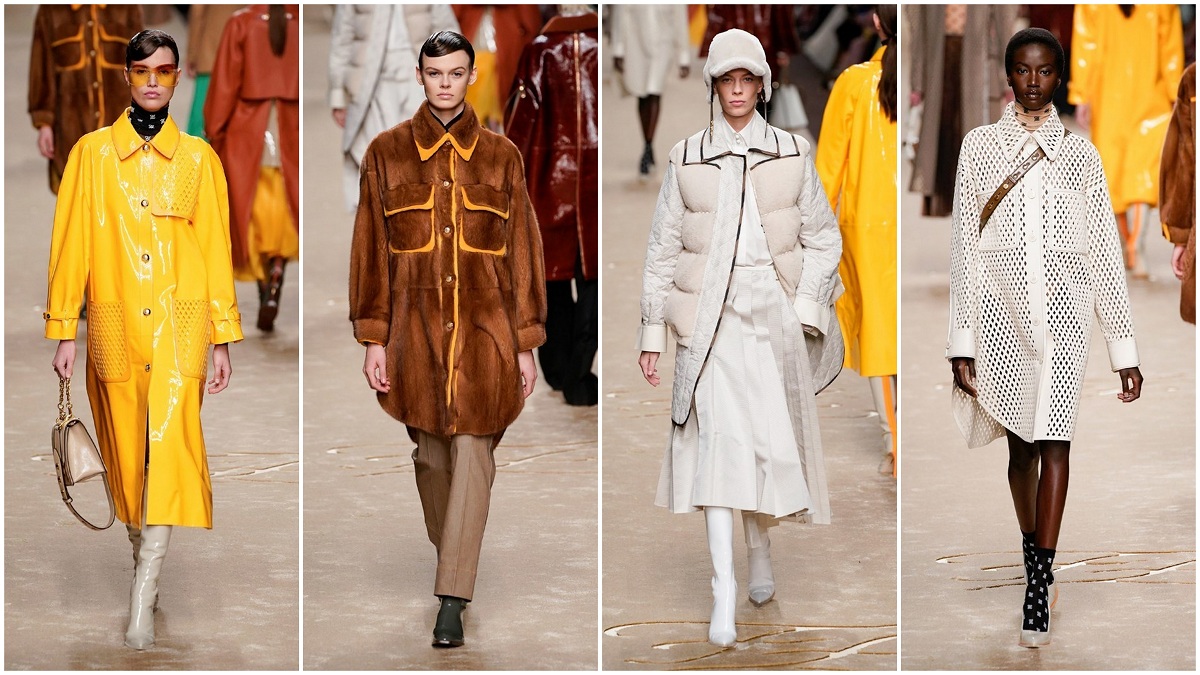 Even after his death, Karl Lagerfeld‘s presence at Fendi was almost tangible, and a heartfelt tribute of the Italian House confirmed what we already know – that the legacy of the big man will remain untouched and cherished for the years to come. 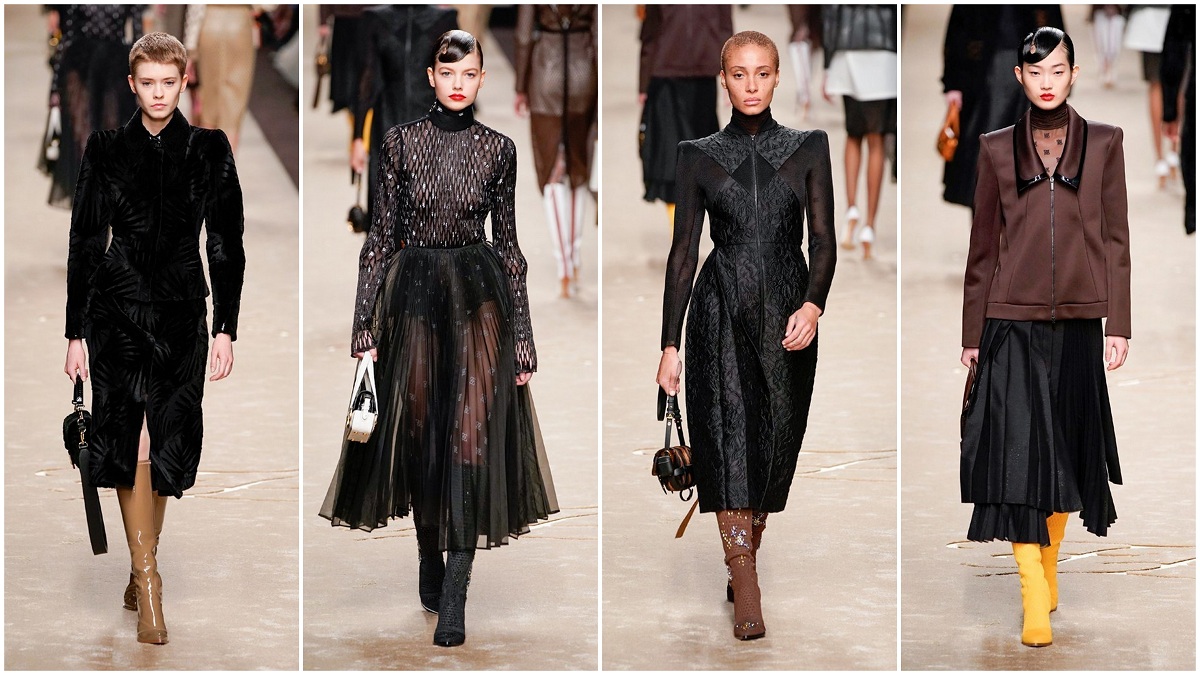 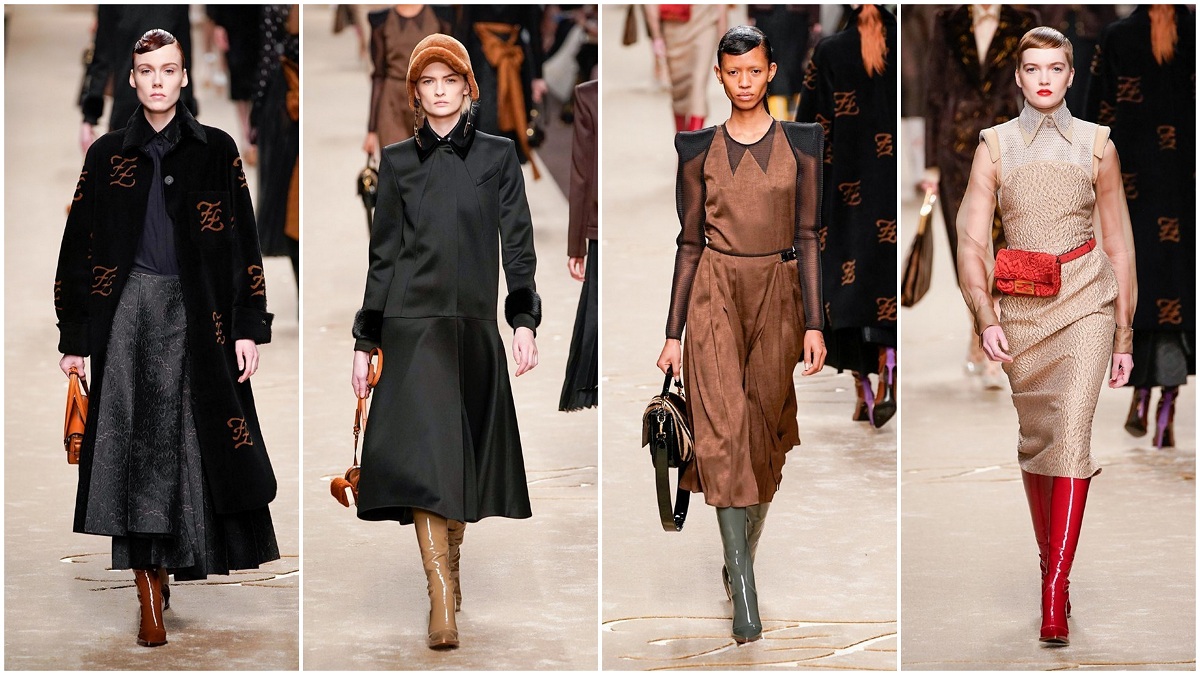 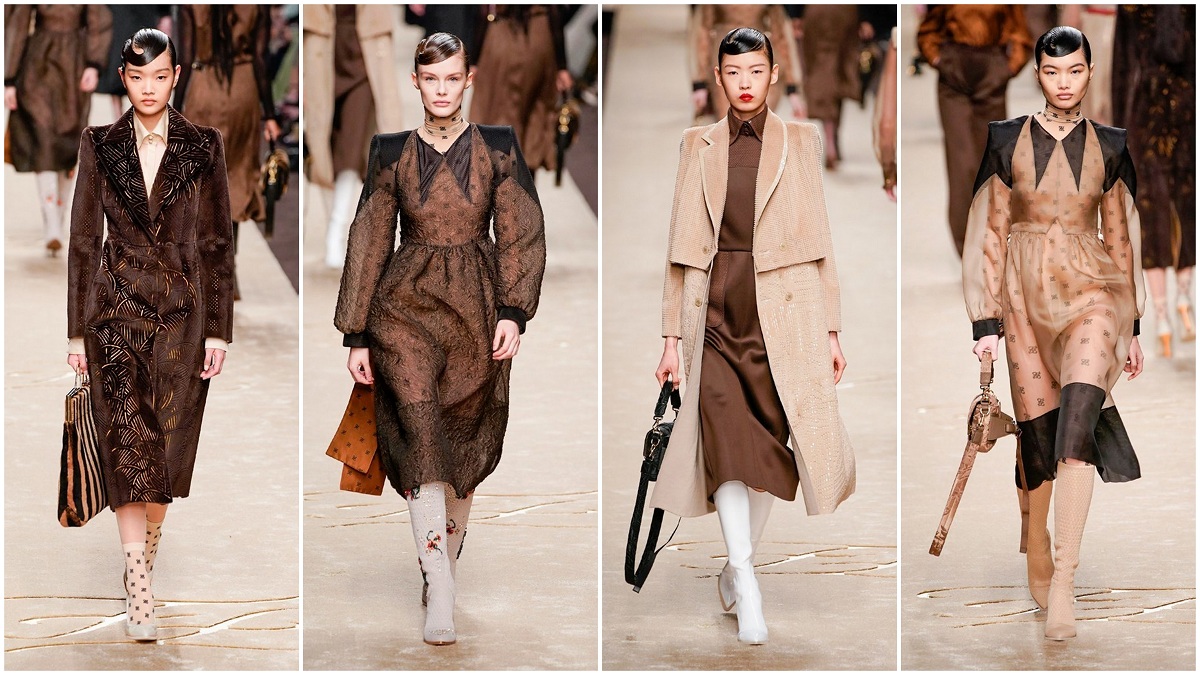 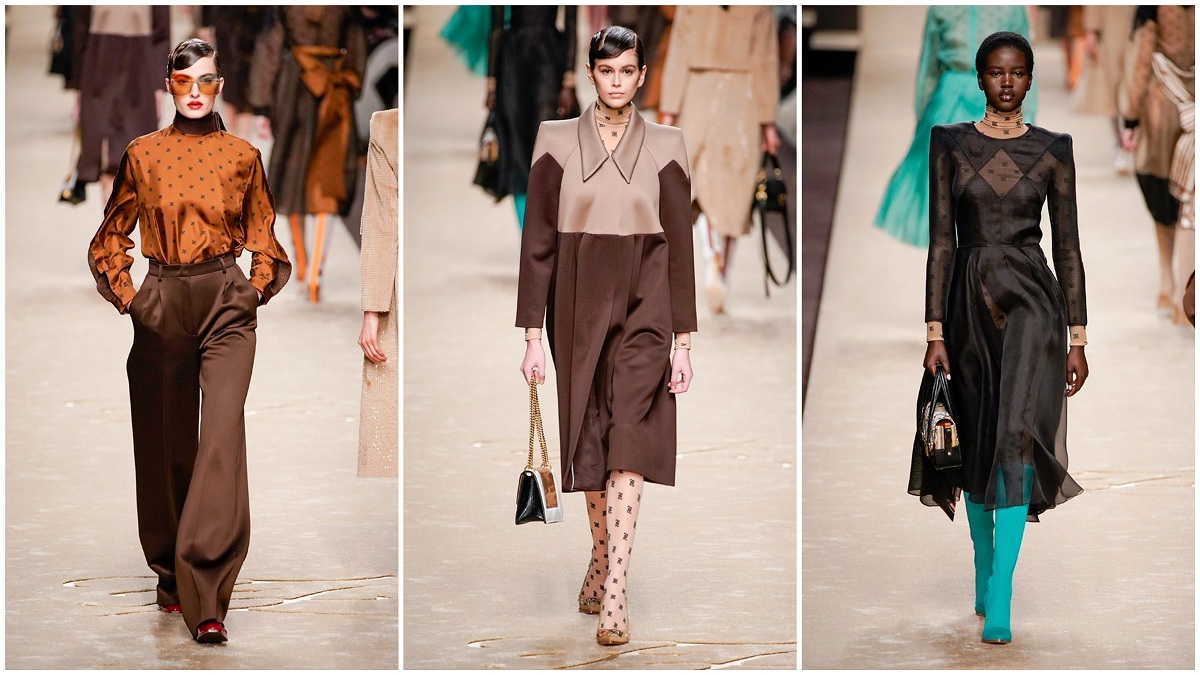 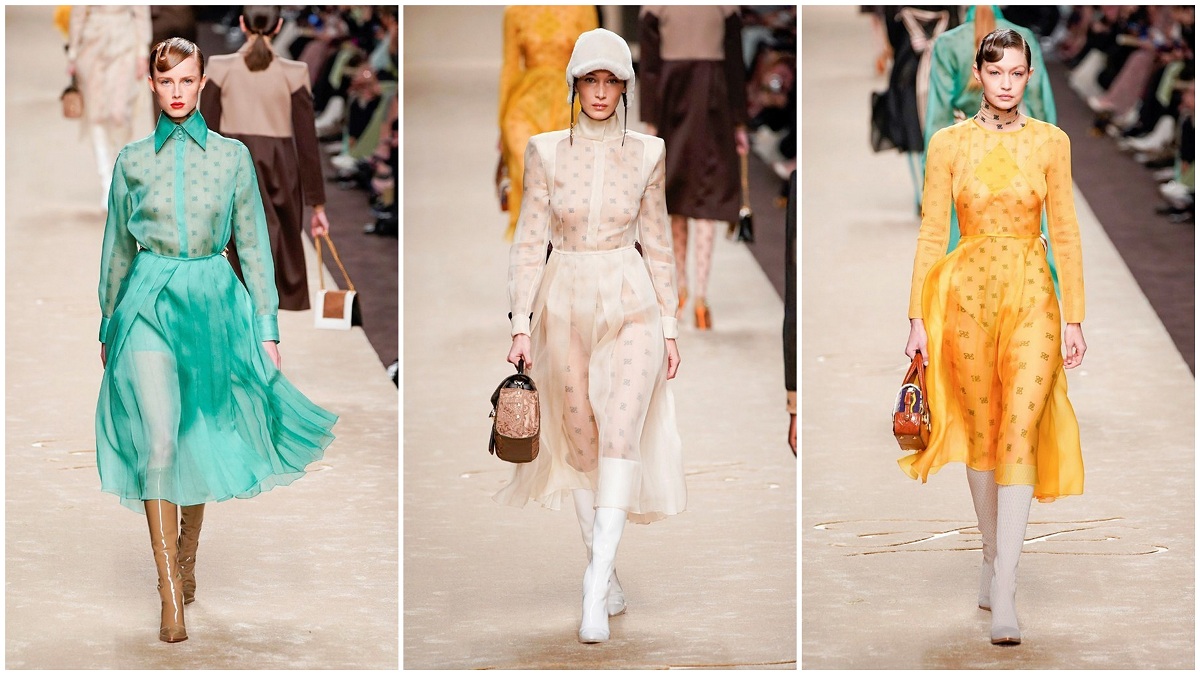 Discover the first ready to wear collection by Kim Jones for Fendi, the extraordinary Italian elegance, as seen from a new perspective. In the Fendi Fall 2021 Ready-to-Wear women’s collection Kim Jones celebrates Fendi’s...

Reflecting on transcendent romance and timeless creativity, Kim Jones’ debut draws on the British sensibility of the Bloomsbury Group, explored alongside the eternal language of Italian sculpture and Fendi’s everlasting...

On 23 September, Fendi was the first Maison to organize a physical show during Milan Fashion Week, unveiling both its Women’s and Men’s collections for Spring-Summer 2021. In the intimate ambiance of its Milan...