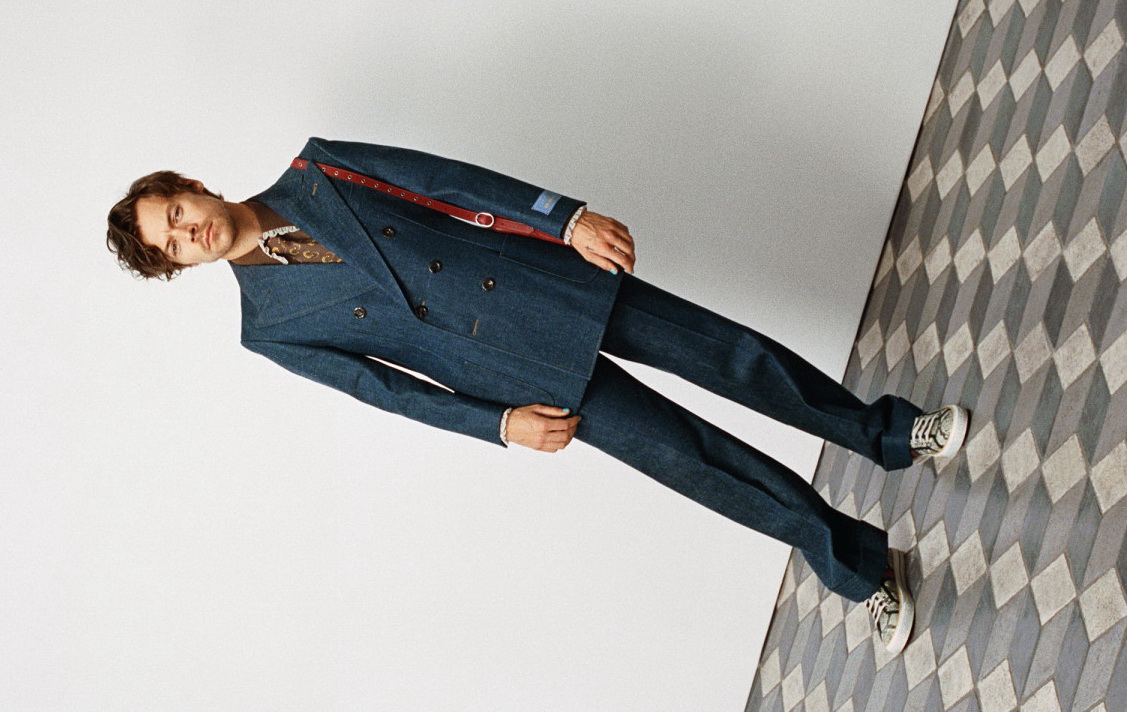 The House presents the Gucci HA HA HA campaign featuring British singer-songwriter and actor, Harry Styles. Arising from the friendship between him and Creative Director Alessandro Michele, play is at the very heart of the collection, which uses menswear as a tool of the avant-garde. Captured by Mark Borthwick, the series of images sees Harry Styles showcase the ‘dream wardrobe’ defined by the eccentric use of romantic accents, whimsical prints, vintage details, and the expressive emotionality of the individual.