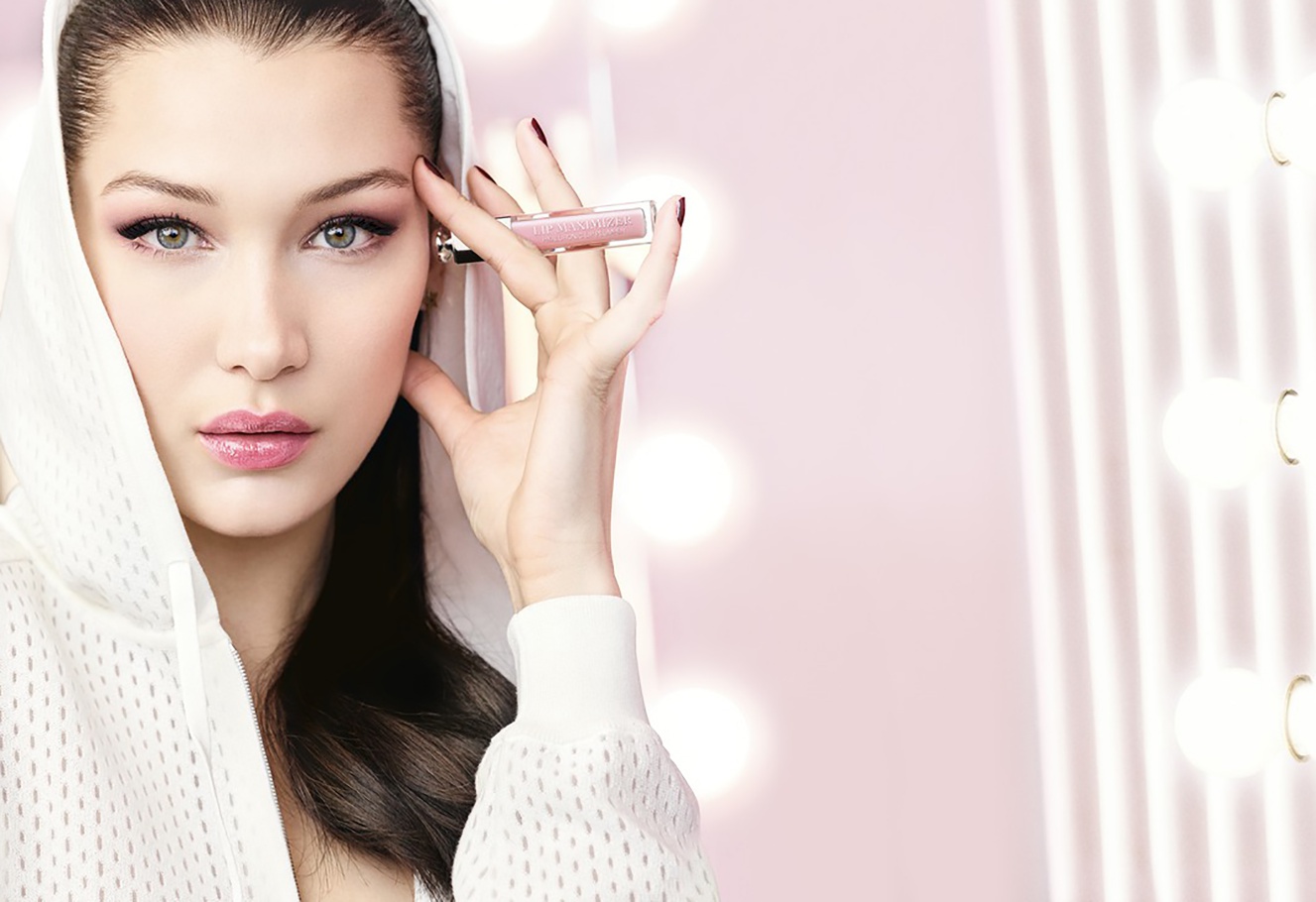 Embodied by Bella Hadid in the new campaign, the iconic plumping Dior Lip Maximizer has an ultra-skincare formula, with fresh shades and unparalleled effects that match the hues of Dior Lip Glow To The Max lip balm. This iconic House plumper is unveiled with a new formula, created by Peter Philips. A care concentrate that offers optimum volume.

A true ally of makeup artists, the Dior Backstage line is enriched with new products developed by the Creative and Image Director of the House’s makeup. Among them, the iconic Dior Lip Maximizer combines maximum shine and a plumping effect with absolute comfort. At the heart of its formula, hyaluronic acid, organized into microspheres, forms a protective barrier on the lips that retains moisture and helps ensure 24-hour hydration. As agreeable to wear as it is dazzling, Dior Lip Maximizer brings volume to the lips with a visibly plumping effect from each use, while, day after day, the lips are instantly smoothed.

Its fresh and delicious new shades, devised by Peter Philips, are inspired by those of the Dior Lip Glow balm. Seven shades are available in either a glossy effect or one bursting with micro-sequins that play with the light for an unprecedented holographic finish. It is worn as a base, solo or as a top coat, combined with the new moisturizing lip balm, Dior Lip Glow To The Max.

“Already a must-have for women, Dior Lip Glow is now pushing the boundaries of radiance, color and brilliance ‘to the max’,” says Peter Philips, Creative and Image Director of Dior Makeup. Faithful to the behind-the-scenes spirit and energy, this new campaign is fronted by Bella Hadid, the House’s makeup ambassador. Accompanied by the models He Cong and Charlene Högger, she coats her lips with the star plumper Dior Lip Maximizer in her favorite shade, “001 Pink”, paired with the new Dior Lip Glow To The Max moisturizing lip balm with its hypnotic double casting. These two creations developed by Peter Philips are superimposed for a maximized infusion of color and sensual contours.

Photo and videos: Courtesy of Dior.