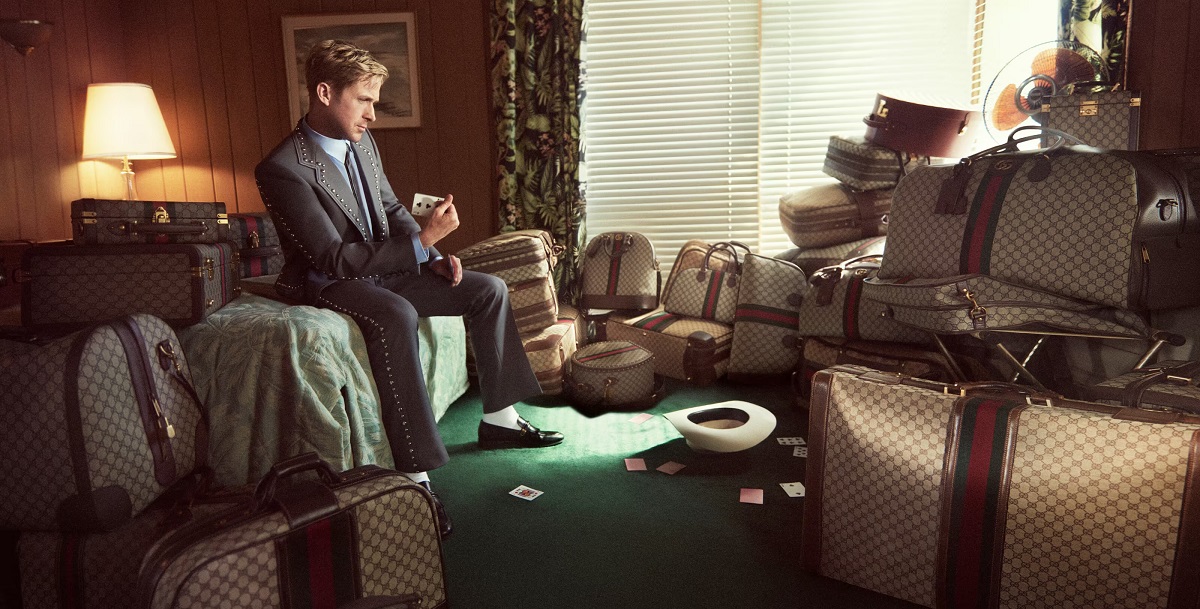 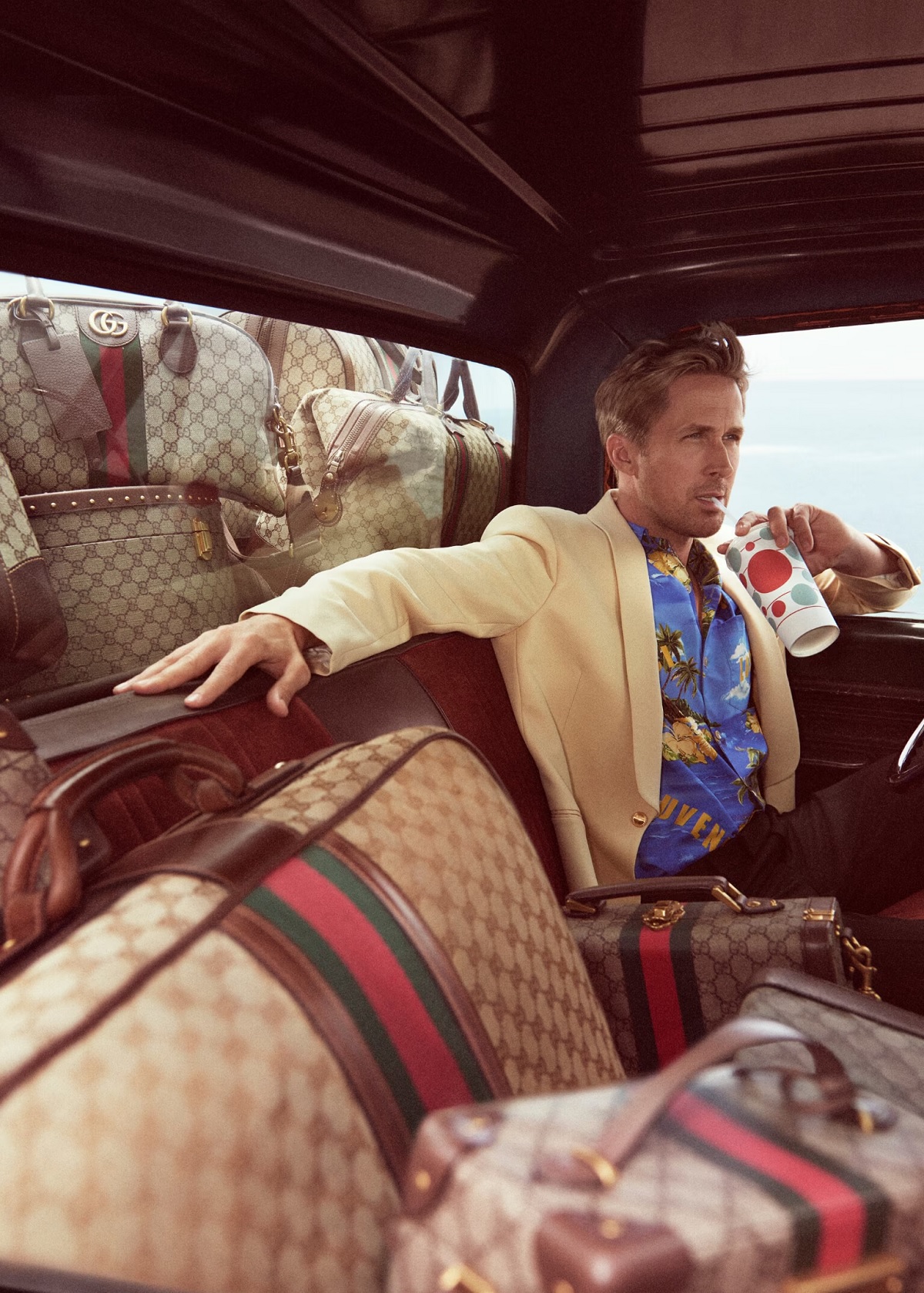 Encased in GG monogram is a dream-like dimension, an epiphany of a constellation, an illuminated potential waiting to be realized, or simply all the necessities to represent oneself on their journey. It is exactly on the cusp between what is and what isn’t that the story of Gucci Valigeria begins. In the campaign envisioned by Alessandro Michele and captured by Glen Luchford, Ryan Gosling traverses time and space, setting off from a motel to the beach, and coming across the unknown. Brought along are vintage and contemporary Gucci trolleys, hard and soft suitcases, duffle bags, trunks, hat boxes, and beauty cases made from GG Supreme fabric in diverse shades or in leather with the emblematic Web stripe. 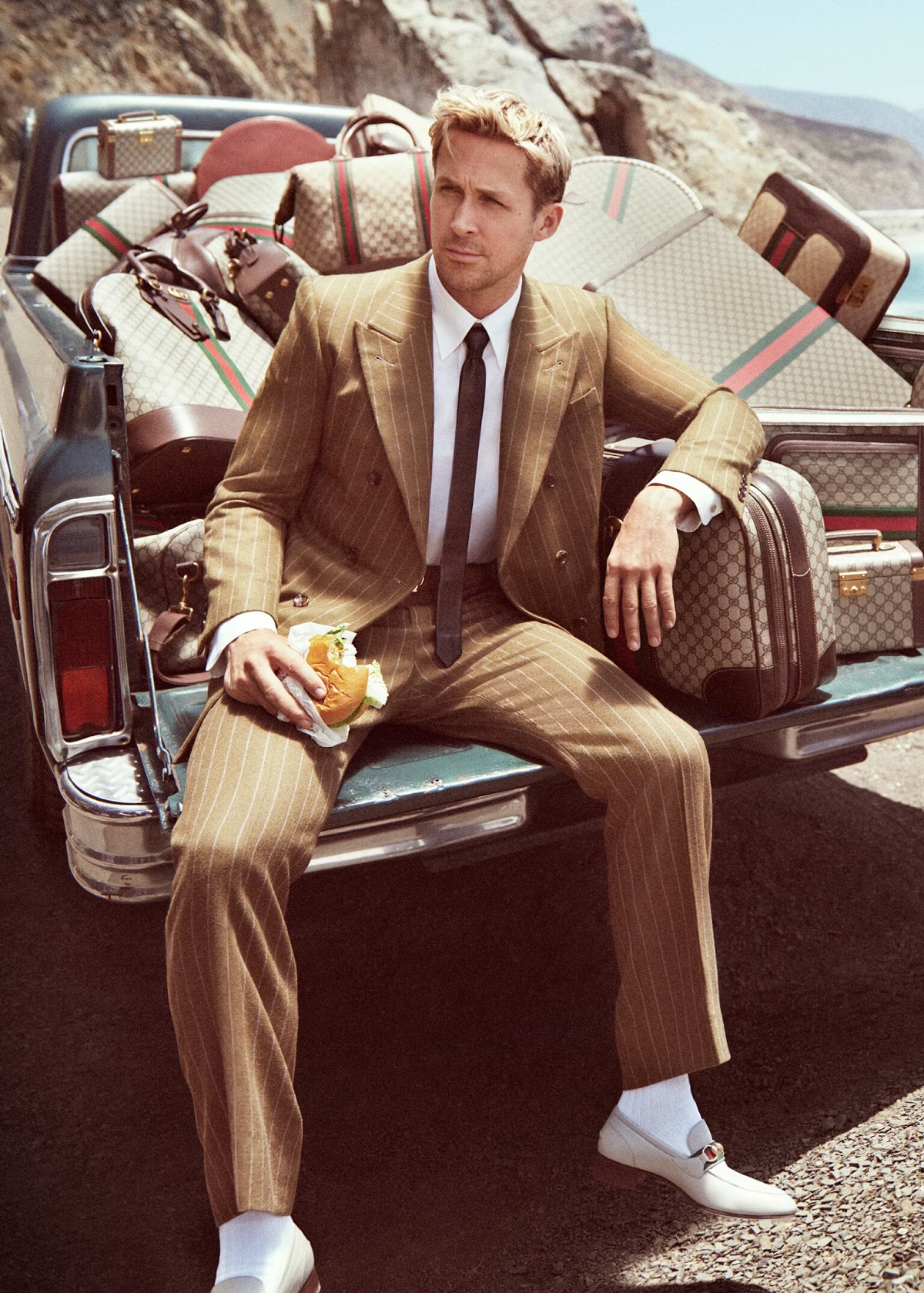 Echoing the origins of the House, it is a trunk that leads the protagonist to the wonderfully unexpected, just as the travel bags of the jet set passing through The Savoy hotel in London where the House’s founder, Guccio Gucci, worked in his youth as a porter, became the very first spark of the idea behind his artisanal atelier. 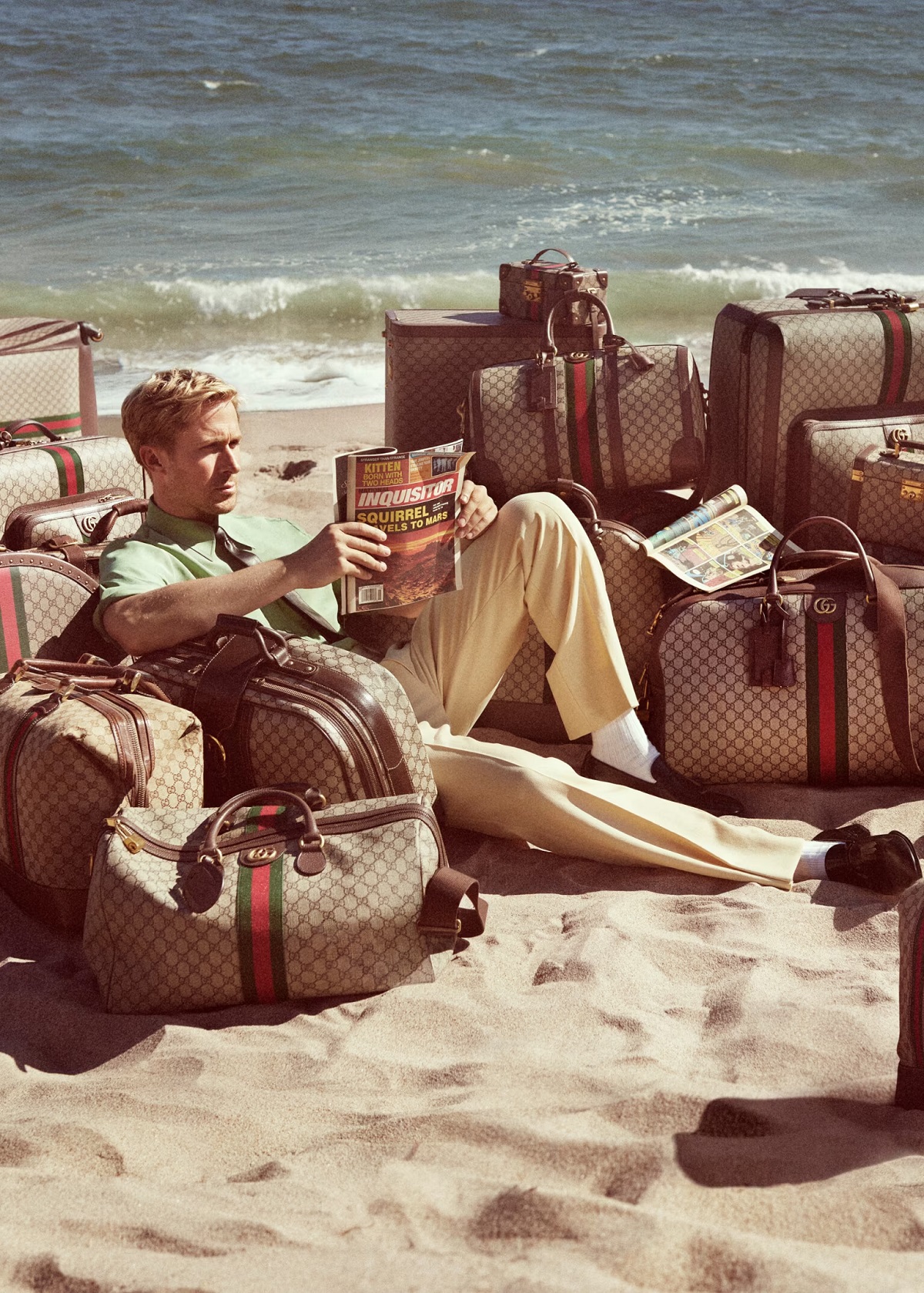 Continuing the story that began over 100 years ago, the House under Alessandro Michele continues to craft these special containers of experience, that for the observant and curious can become a gateway to fantastical places beyond the visible, because they are the very things that leads to the magical reality of discovery. 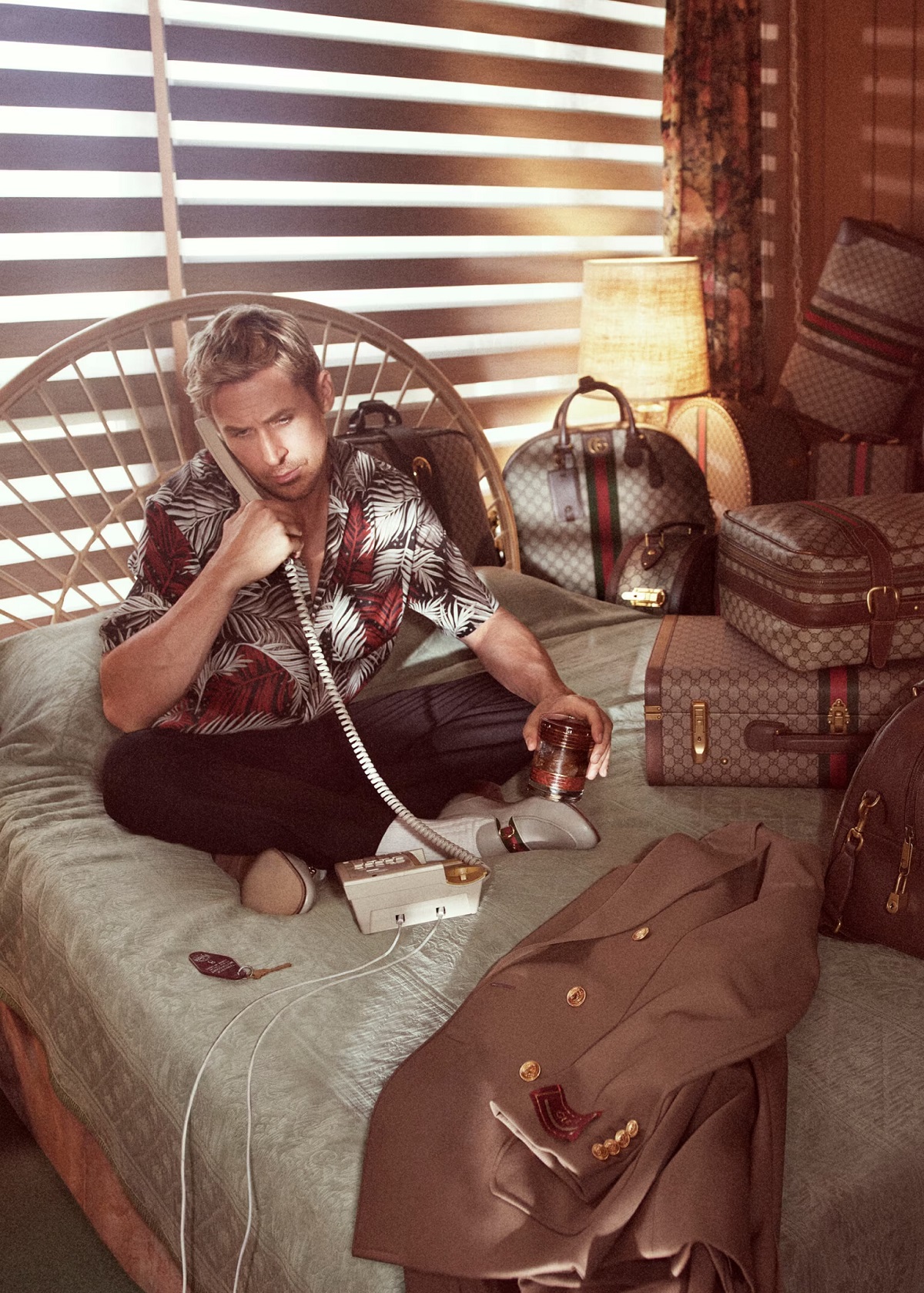