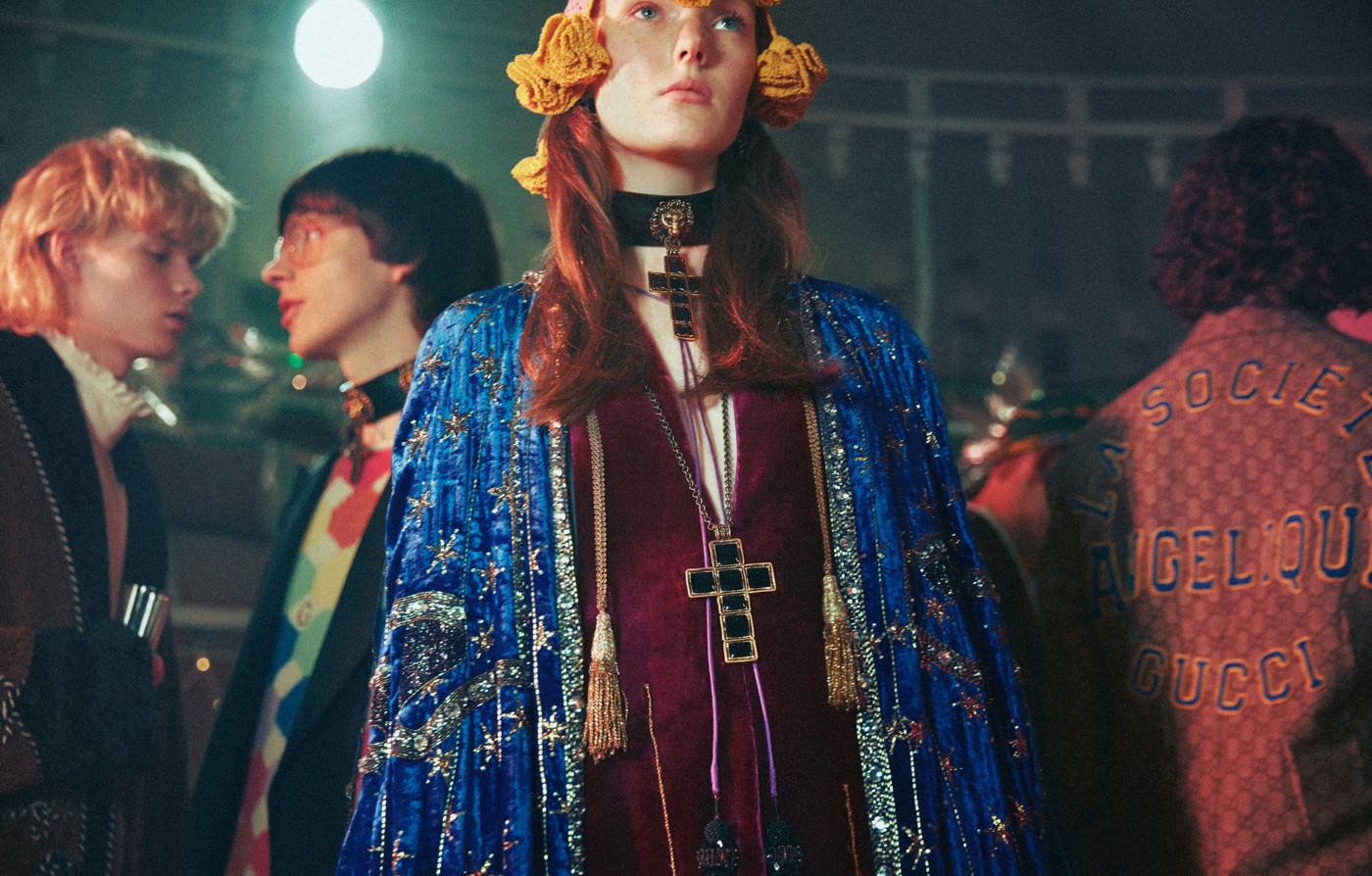 Set in decorative surrounds of Le Roi, a historic Italian ballroom that first opened in Turin in 1926, the Gift 2018 campaign by artist Petra Collins captures scenes from a kaleidoscopic party. 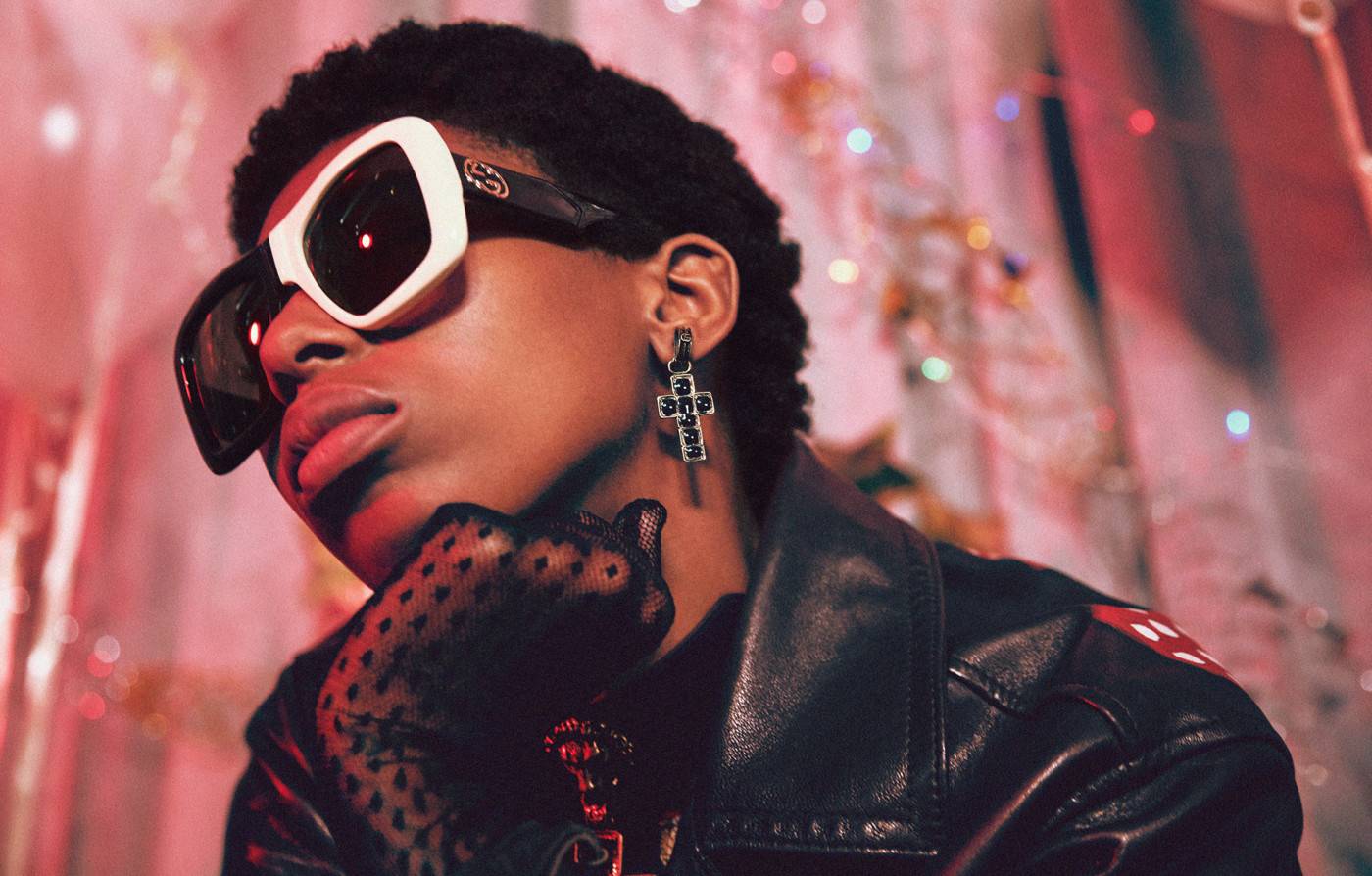 Inside the celebration, is a new lineup of ready-to-wear and accessories shimmering with metallic hues, including chevron GG Marmont bags and athletic-inspired pieces in laminated GG jersey. Photographs of the performance and party, put the spotlight on new crystal-studded jewelry and oversized eyewear. 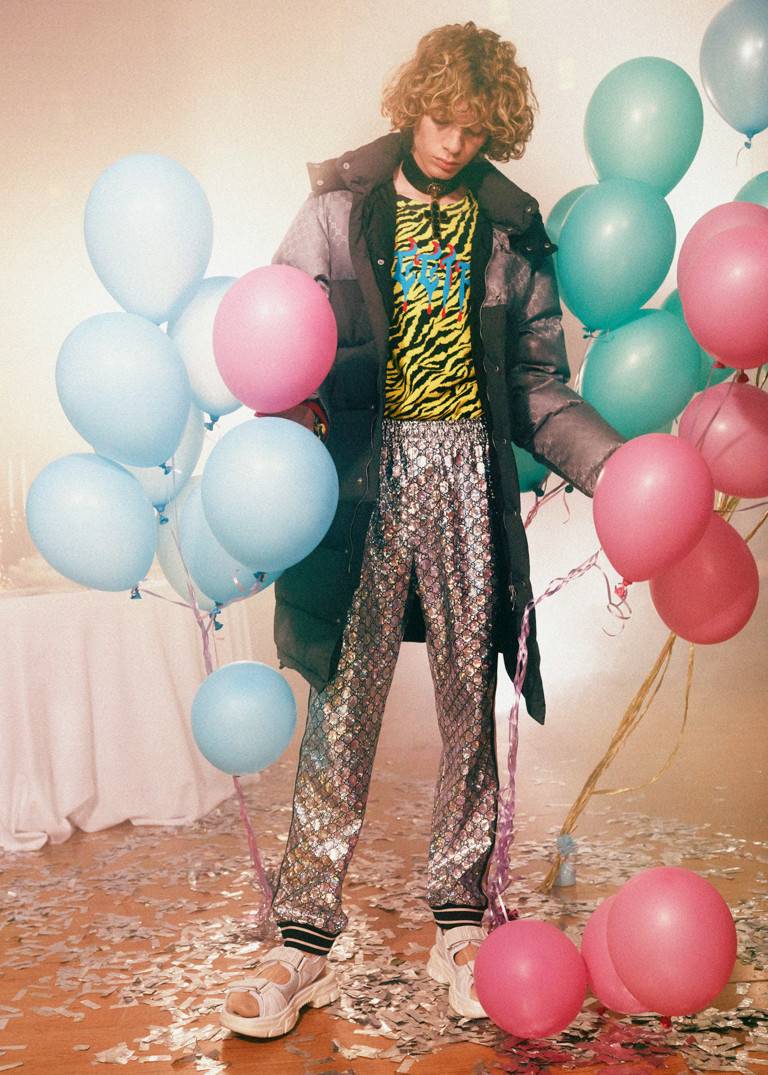 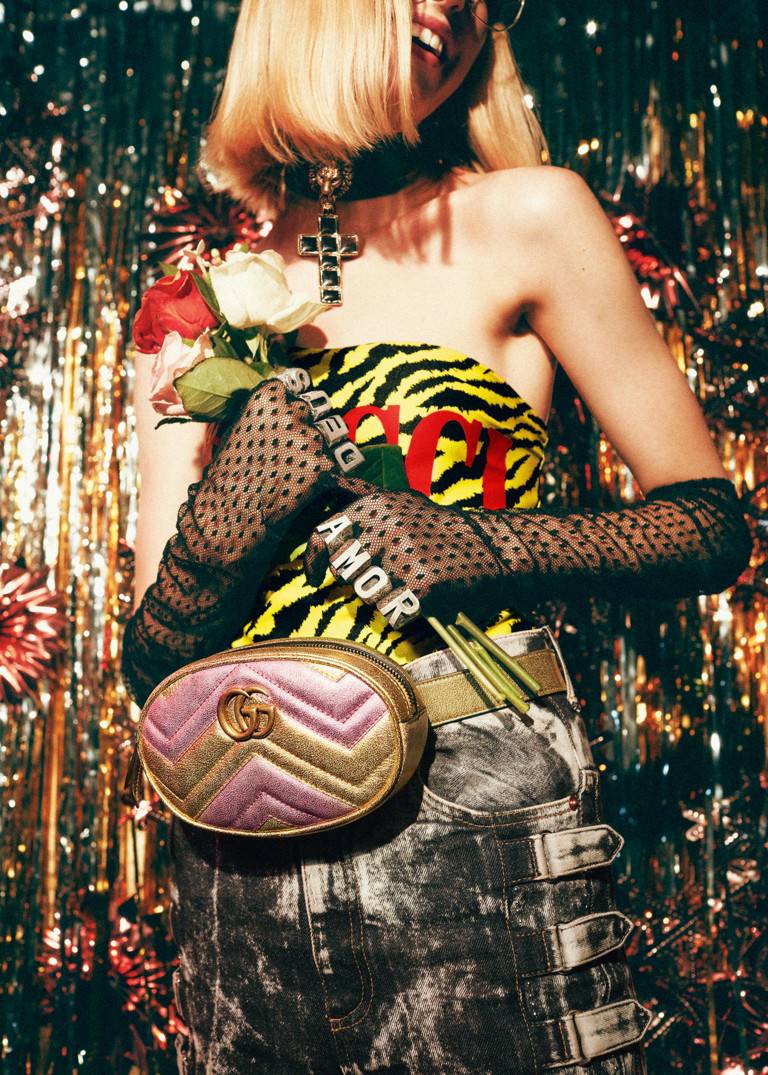 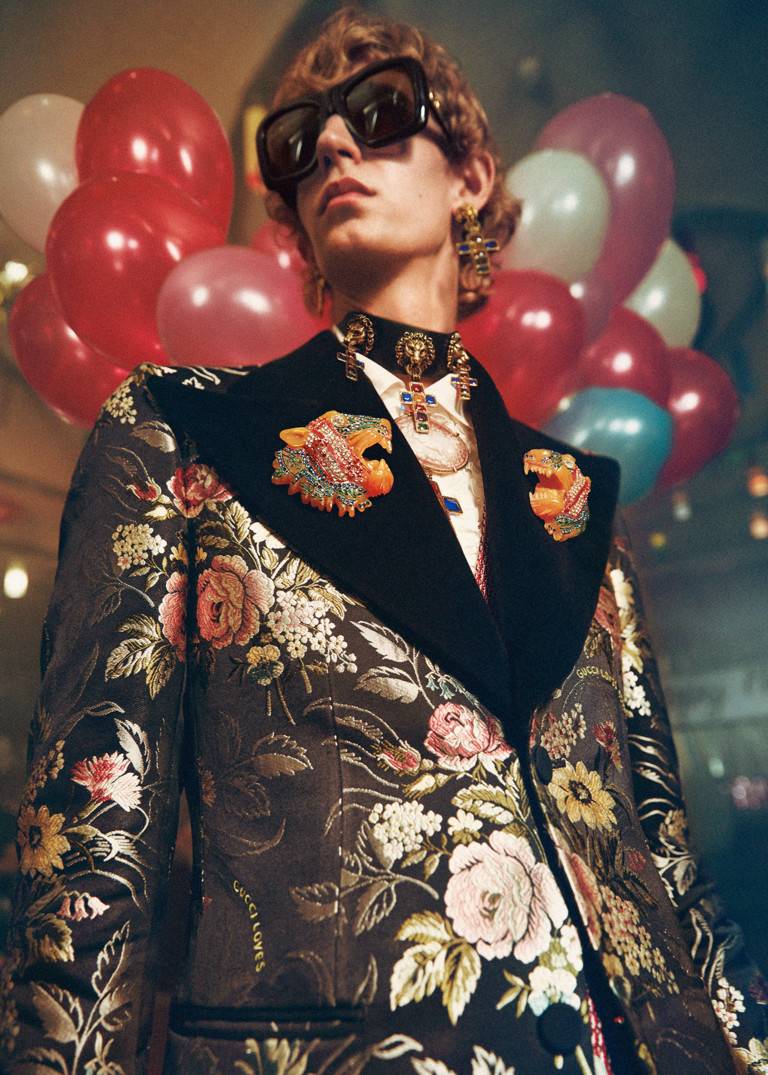 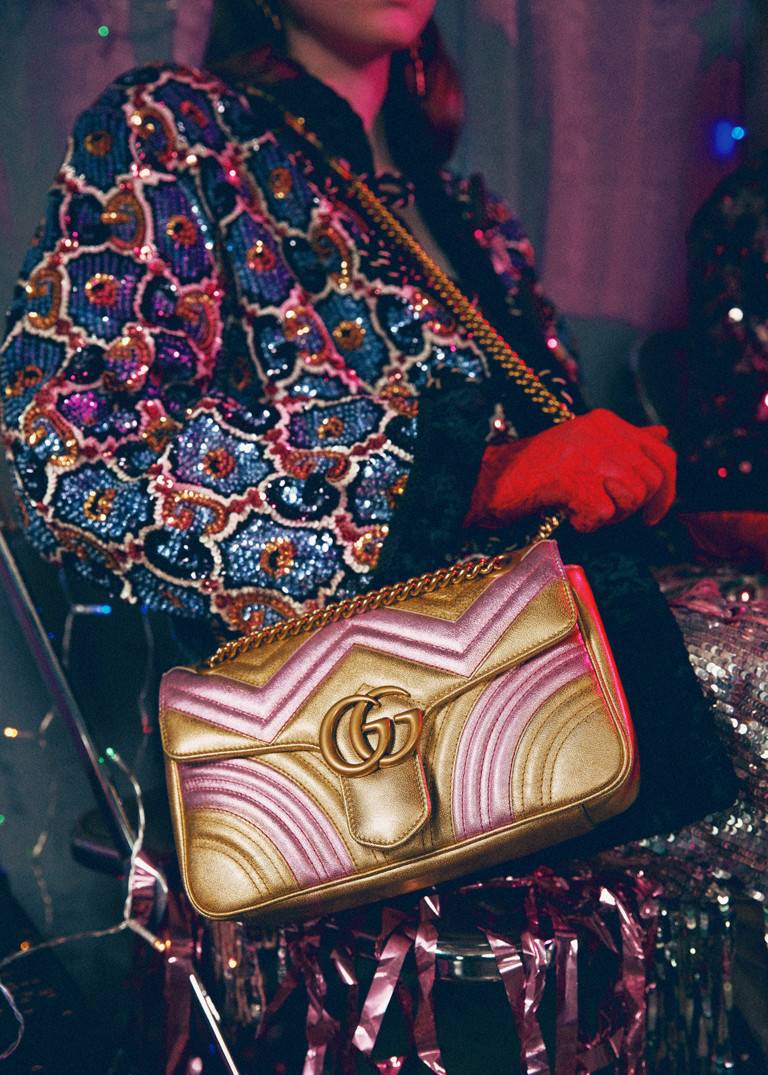 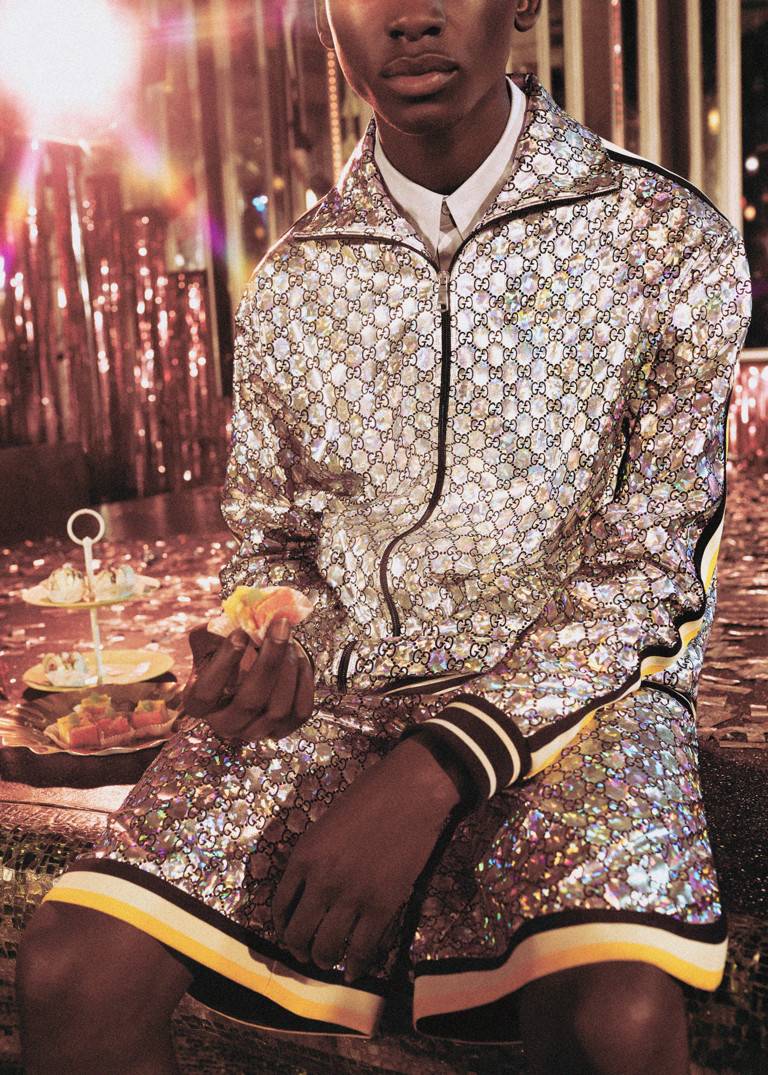 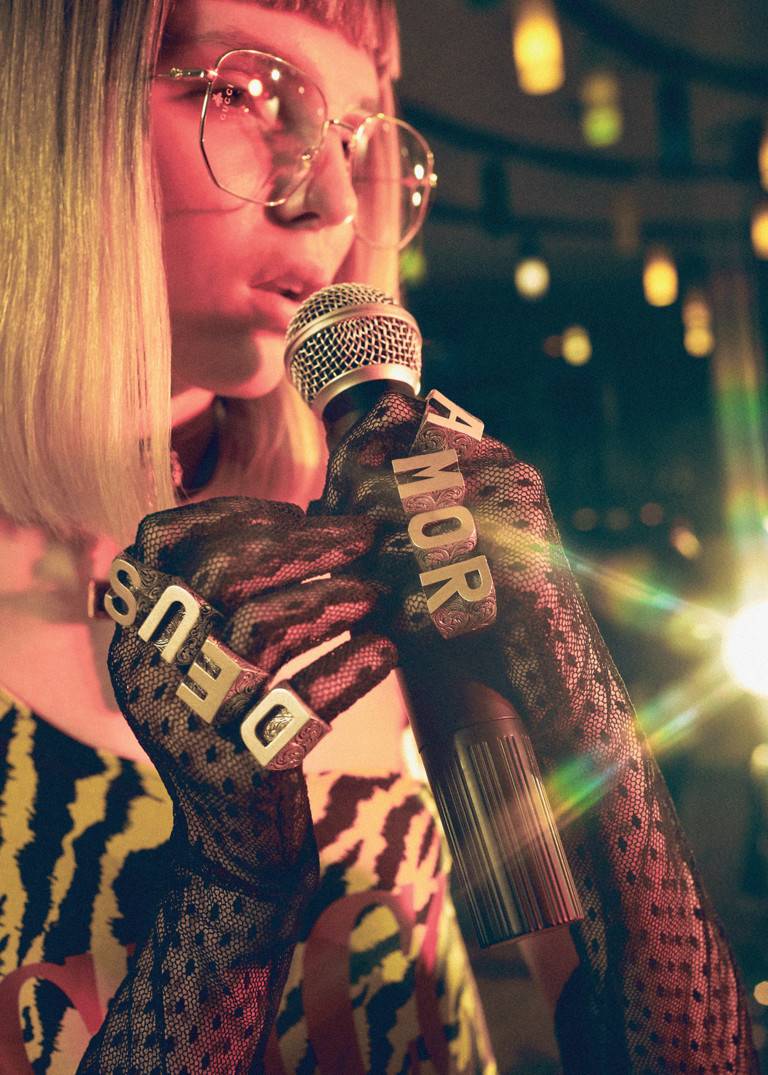