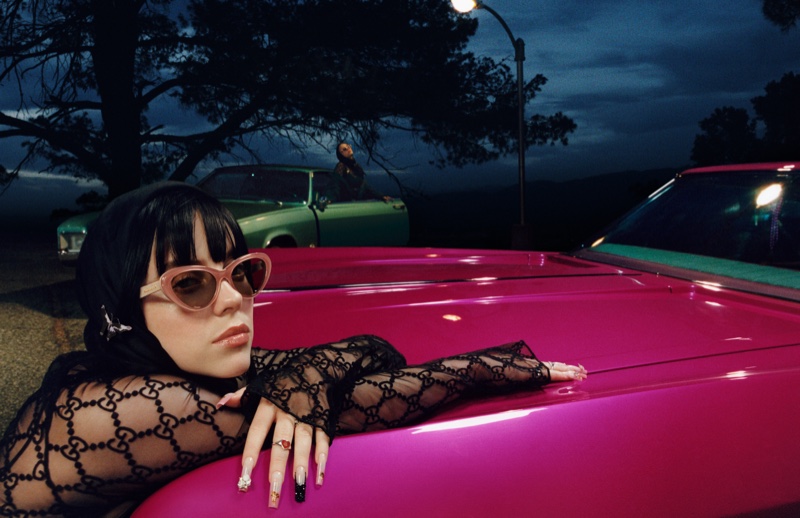 In a mysterious narrative envisioned by Alessandro Michele, the singer-songwriter finds herself in the new distinctive styles from the Gucci Eyewear collection along a ride through the Hollywood Hills. 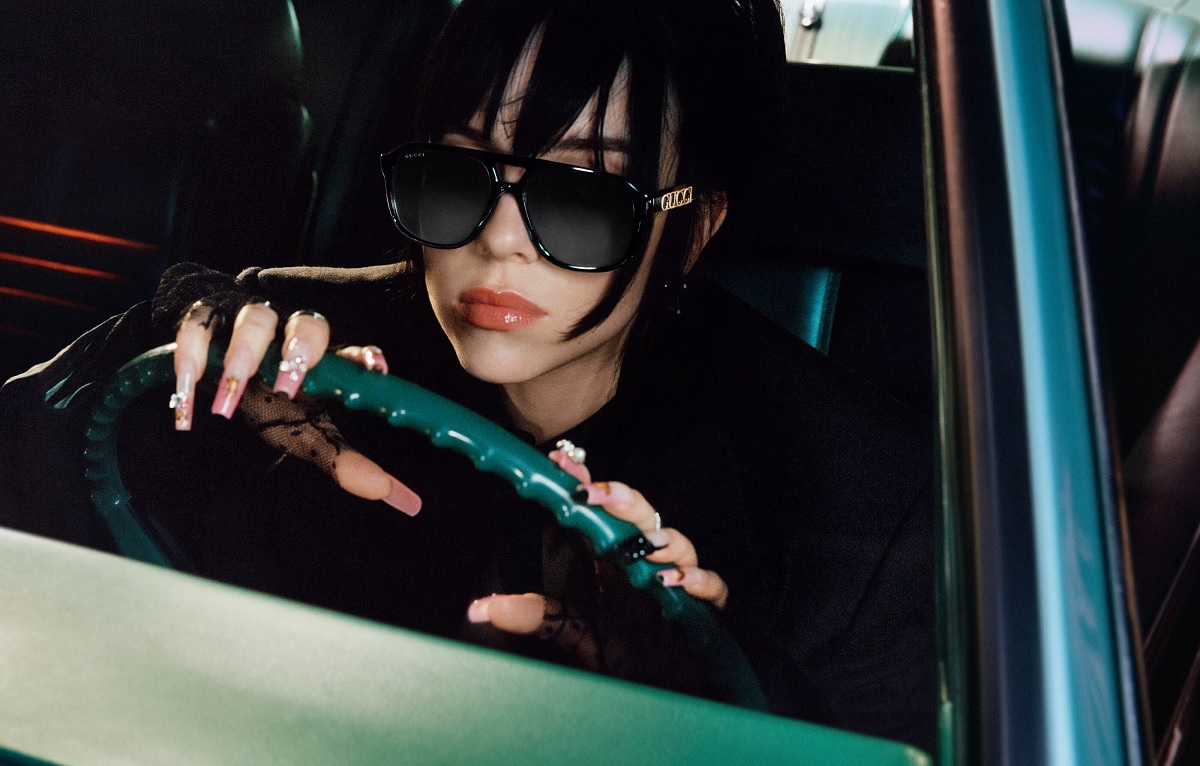 To reveal the latest Gucci Eyewear collection, Billie Eilish sets out on a dreamlike car ride through the scenic Los Angeles landscape. The campaign video culminates in a mysterious meeting involving two vintage cars, two sunglass styles, and two versions of Billie Eilish. One and the same, yet different, the dual personas portray how eyewear, just like cars, can reflect one’s image in an expanded way. 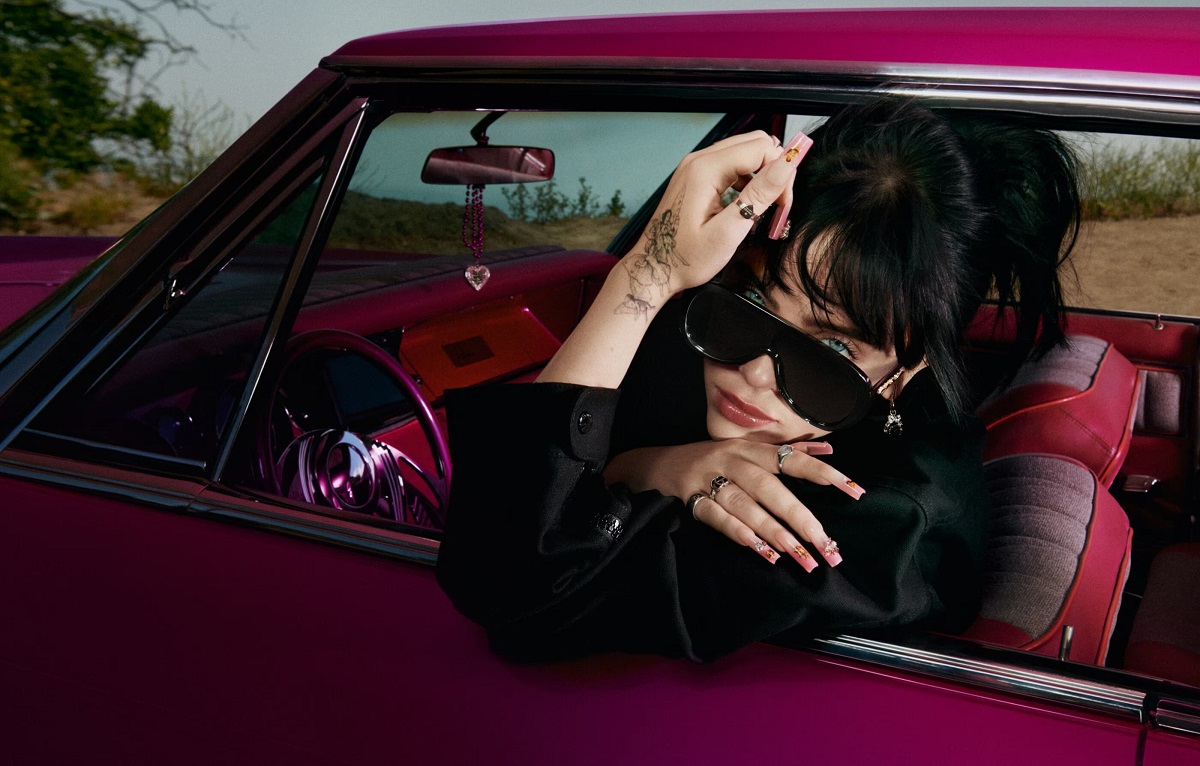 Echoing the designs of the new Gucci Eyewear collection, the campaign nods to the film noir genre with a rich color palette, unbalanced compositions, and high-contrast lighting. Within the narrative, Billie Eilish wears caravan sunglasses in black acetate, a pink cat-eye design, and a 1980s-inspired mask style. Enabling the protagonist to cross a transformational threshold in the imagery captured by Harley Weir under the art direction of Lina Kutsovskaya, each pair of eyewear reveals a different intention, motivation, and facet of personality.