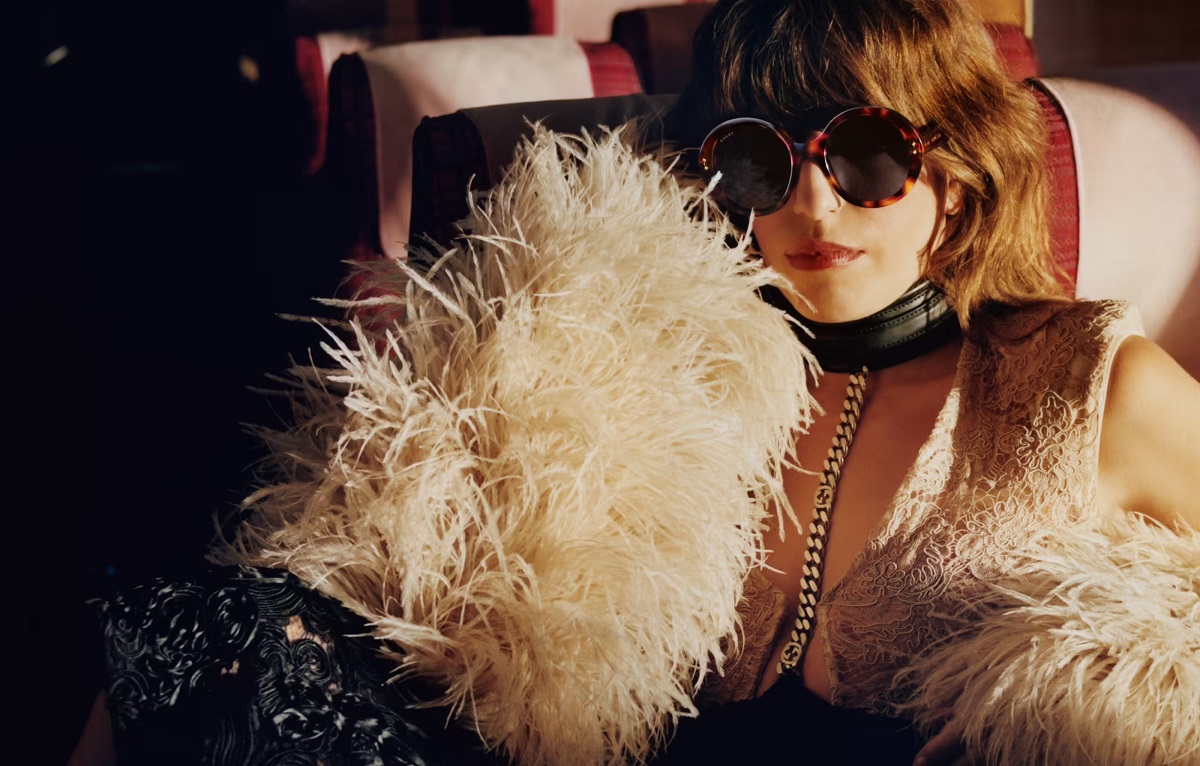 Actress Ni Ni and singer Lou Doillon star in a new Gucci campaign inspired by the life of musicians on tour. Both a home away from home and a creative studio, turning miles and miles of road into a musical refuge, the tour bus becomes the backdrop of the campaign for the first release of the Gucci 2022 eyewear collection. 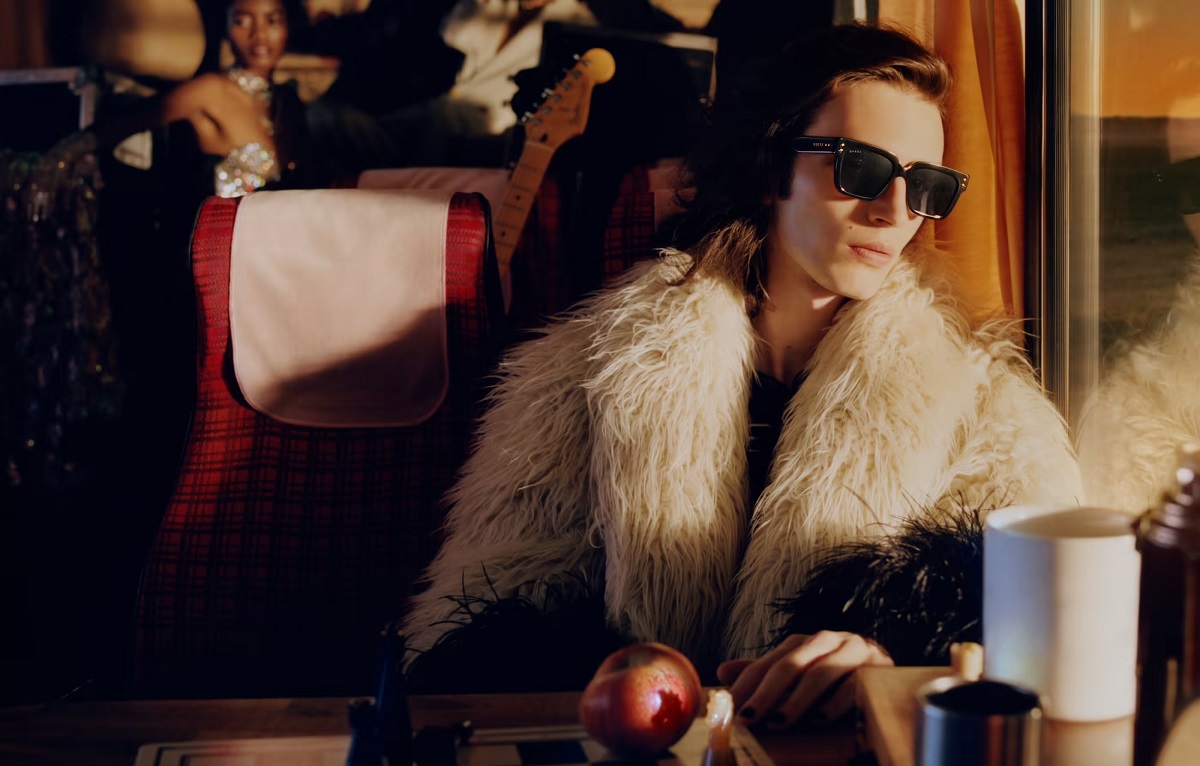 Two parallel stories are portrayed in a cinematic style, one with actress and Global Brand Ambassador Ni Ni, the other with singer Lou Doillon accompanied by a band of characters. 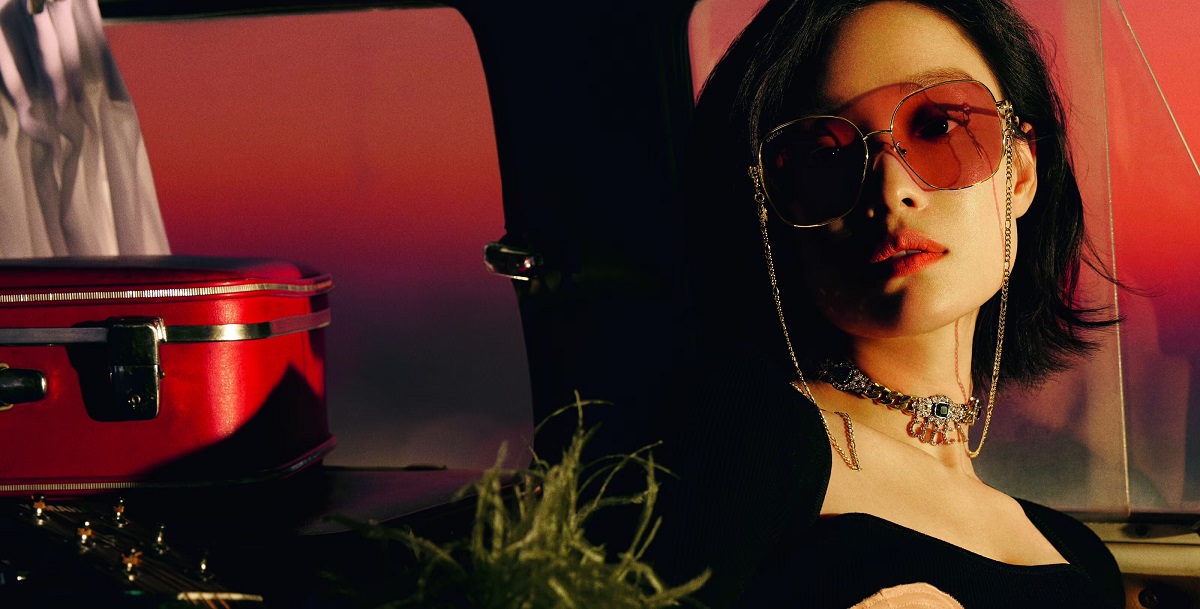 Within the mysterious and color-rich setting, each protagonist possesses an attitude of quiet confidence and individuality. Surrounded by instruments, Ni Ni wears a selection of oversized frames, each enriched with distinctive elements such as Interlocking G details and gold chains.

A retro feel permeates the cat-eye or round frames that Lou Doillon wears. Captured during golden hour when the rays of the sun shift into the glow of city lights, the campaign becomes a bold portrait of the artists, and the creative freedom that emerges when it’s just them and the music. 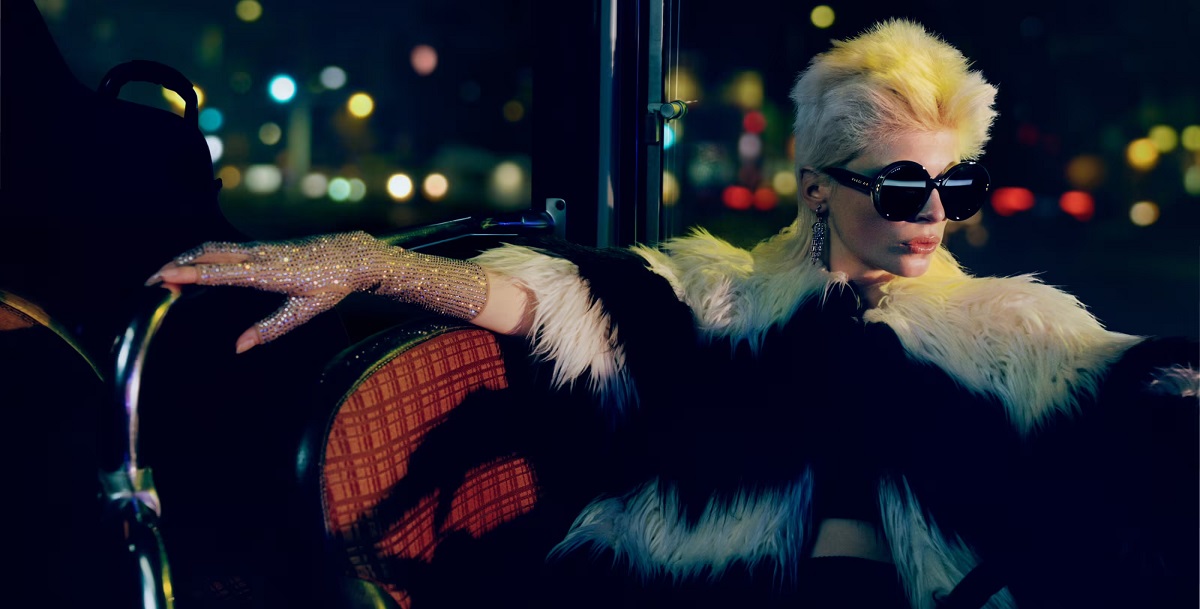