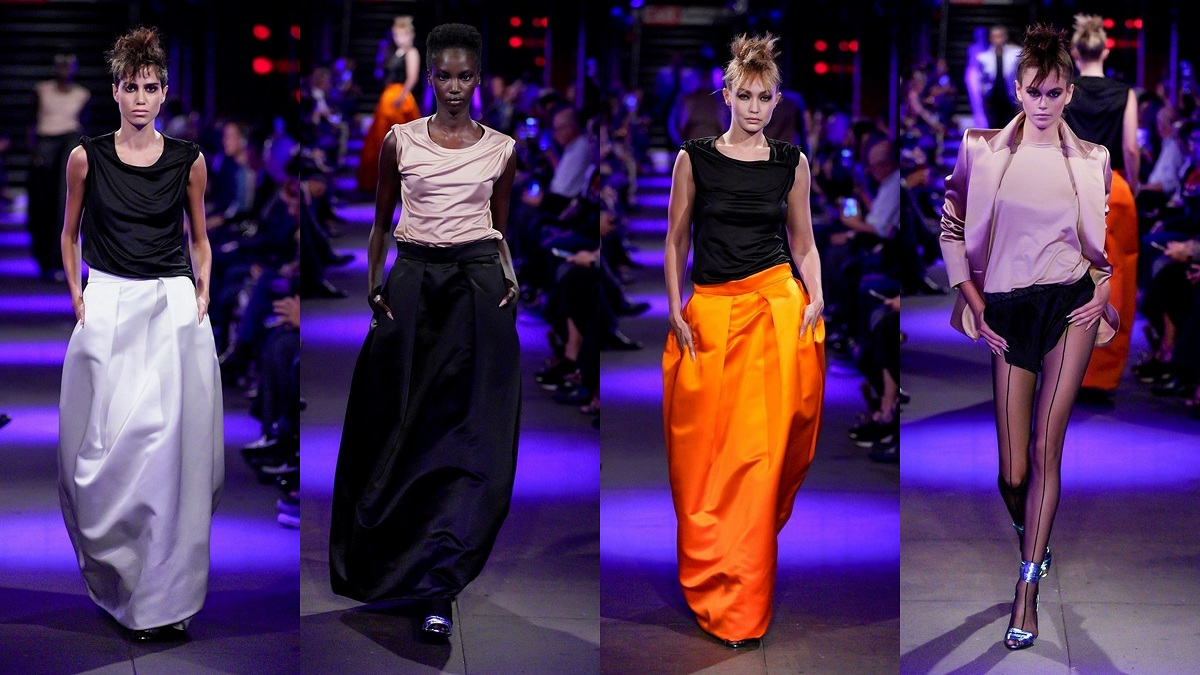 Tom Ford presented his Spring-Summer 2020 Ready-to-Wear collection at New York‘s legendary Bowery Street Subway Station. This is Ford‘s first collection since he replaced Diane von Furstenberg as chairman of the Council of Fashion Designers of America (CFDA). For this celebratory event, the iconic designer released a statement: 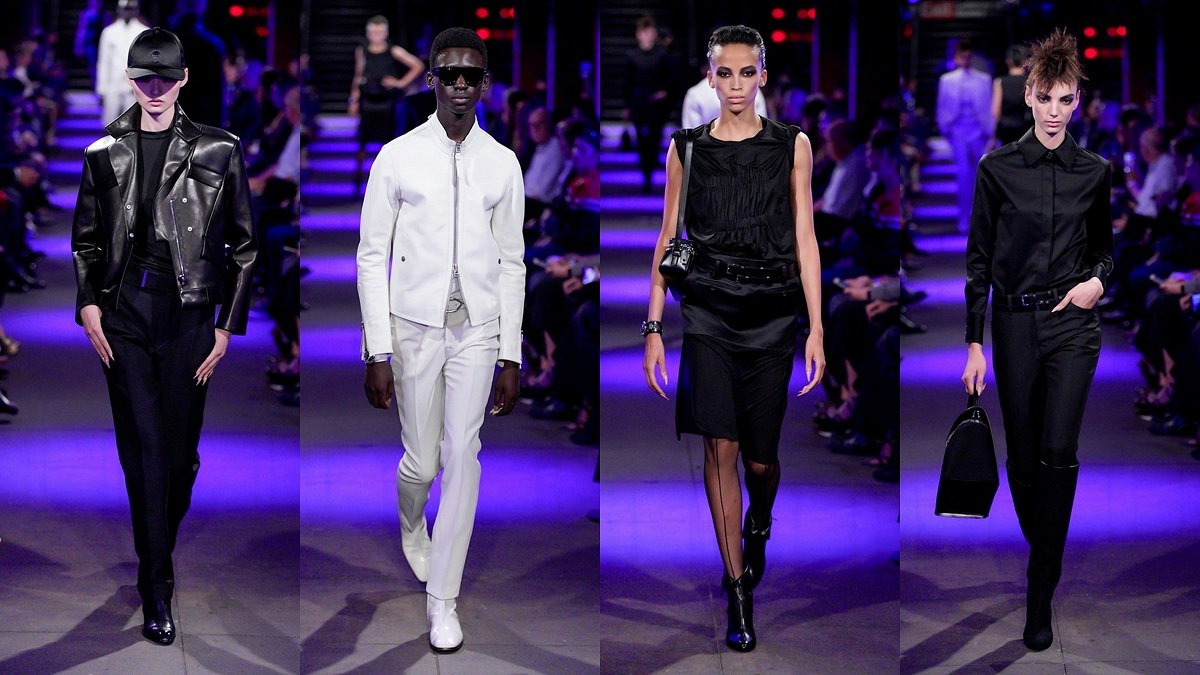 The shot of Andy Warhol and Edie Sedgwick coming out of a manhole cover in NYC in 1965 to start with. Manhole, underground, subway. That was the thought process here. Subway. So completely “New York”. Or is it? Images of Isabelle Adjani and Christophe Lambert in Luc Besson’s “Subway” set in the Paris “Metro”. I remember so clearly when the film came out thinking how cool they both looked. Especially their hair. There is a wonderful scene in the film at a dinner table where a very bourgeois man looks at Isabelle’s hair and asks what exactly she calls the style and she very dryly says “Iroquois”.

Back to New York and a very cool picture of Edie Sedgwick in a silver bra and silver pants from the mid 1960’s. Ursula Andress in a shiny metal bra from the Italian Film “The 10th Victim”. The breathtakingly beautiful YSL Lalanne breastplates from 1969, and a photo of the Jeff Koons polished steel bunny (that just sold for 91m from Sotheby’s this year), and all of the colors of his “Balloon Dog” sculptures became the finale of the show. A photo of the slick nylon basketball shorts that I will never let my son wear to school despite the fact that his friends wear them. These torture me. 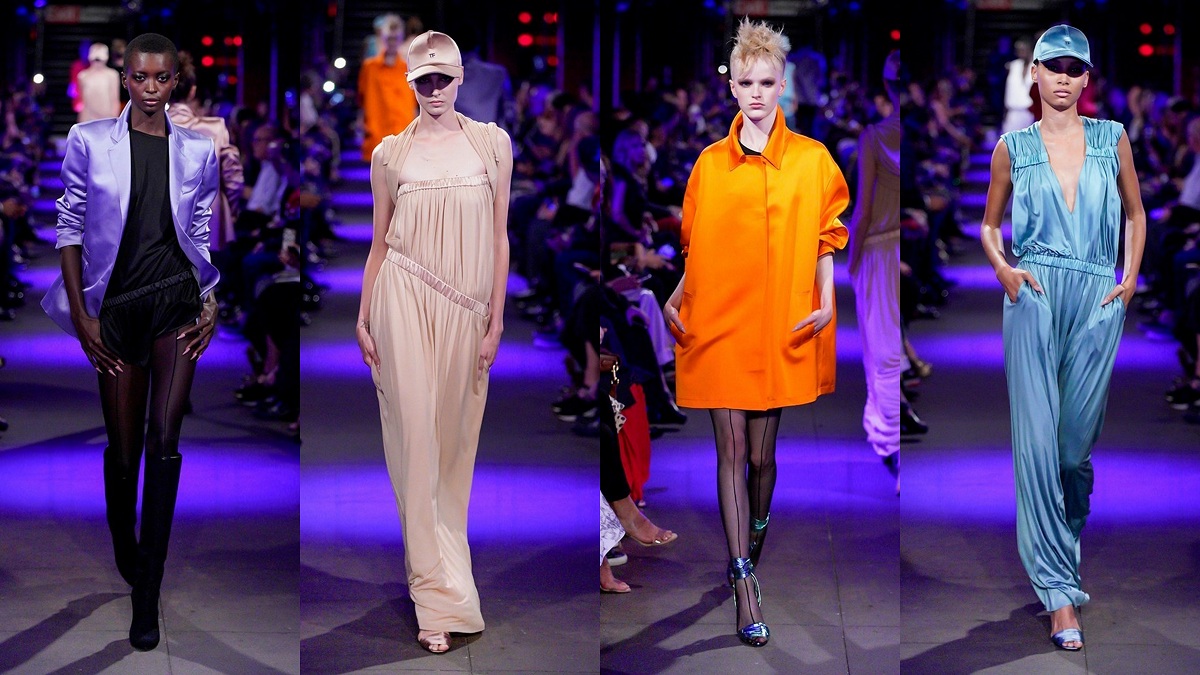 I’m always fascinated by things that “torture me”. How to make such a contemporary fixture in modern clothing chic? The images of simple but not so simple Halston silk jersey pieces. Photographs of tee shirts in every iteration. Betty Catroux in a photograph that I took of her in one of my suits from 2011. She has always been a perfect study of sleek boyish looks reinterpreted for a woman, and Loulou De La Falaise in clashing pinks and reds, and of course pictures of Carine Roitfeld pulled from her Instagram pages over the summer. 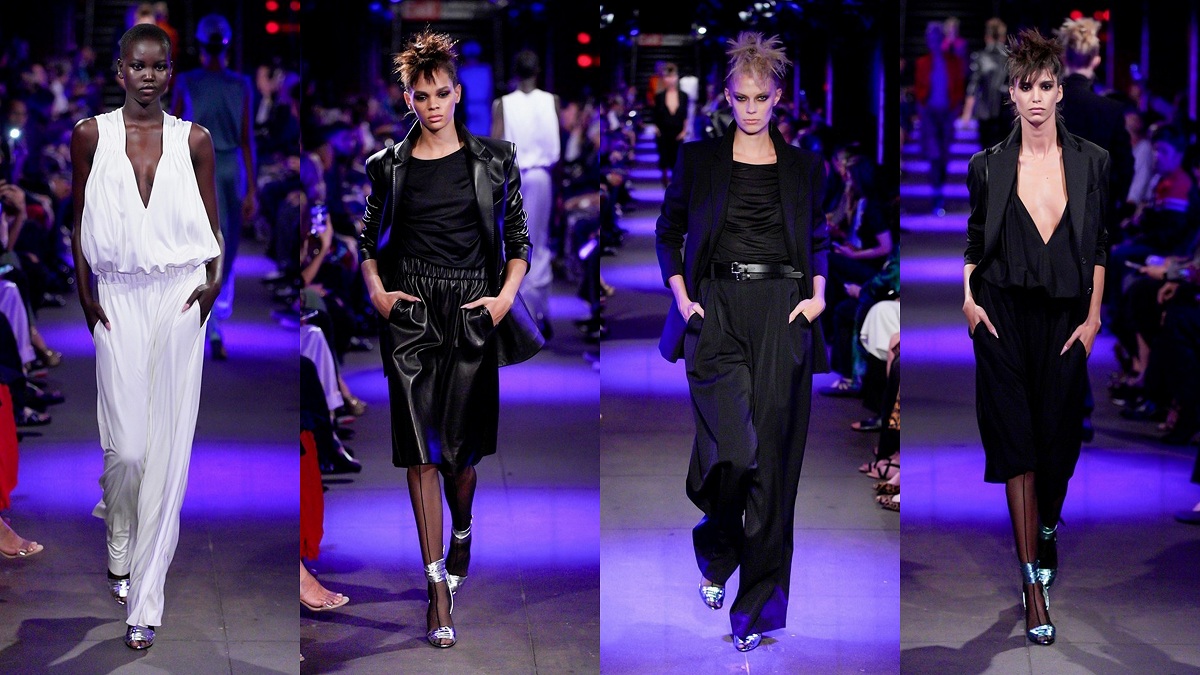 The clean and sharp tailoring of the Beatles in their Berlin years. Motorcycle jackets and zippers. The wide leather watchband I had as a kid in the late 60’s. Running shorts. Bond girls. Tailored jackets. I always cover my design wall in random things that come into my head having always believed that they are surfacing for a reason. Some look silly the next day but some stick in my mind. That is how I always finally arrive at my mood for the season. This season for me is about simplicity. Which is not to be confused with simple. I think that it is a time for ease, and in that way a return to the kind of luxurious sportswear that America has become known for all over the world. 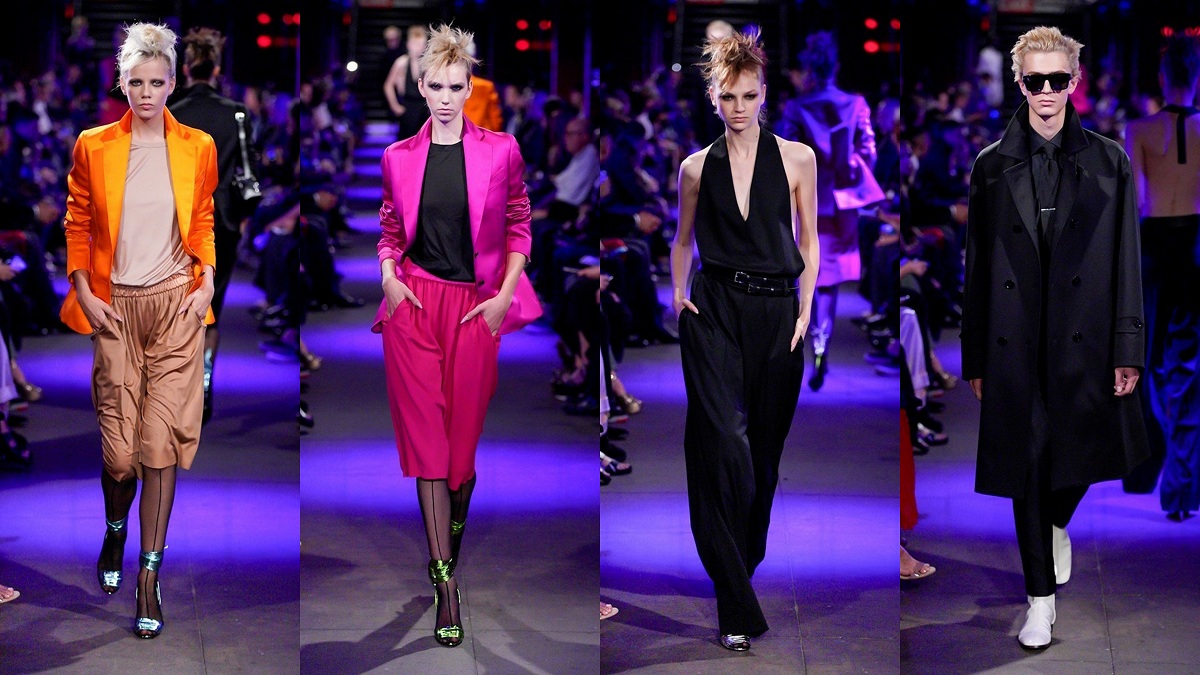 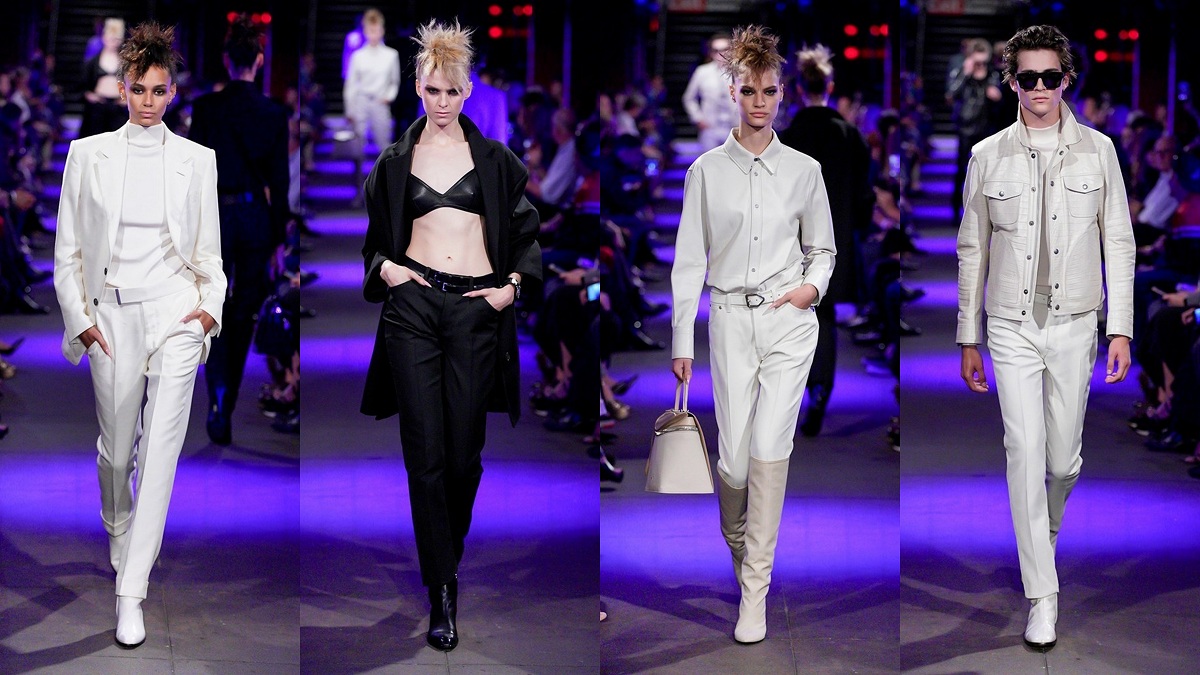 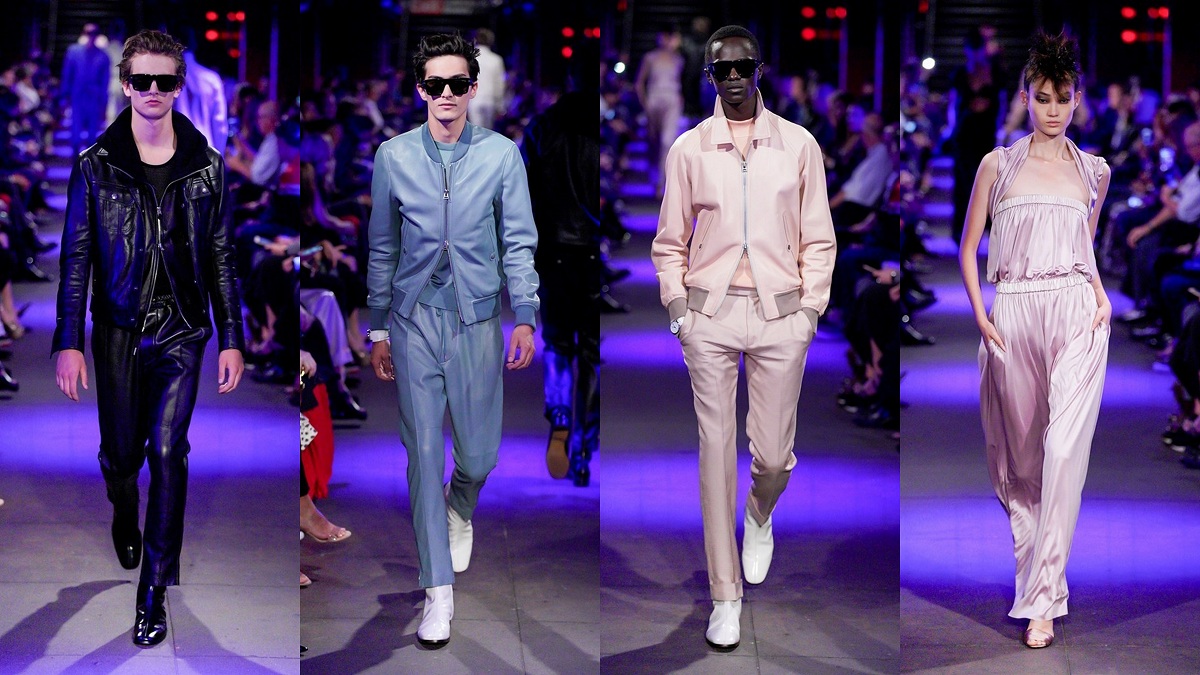 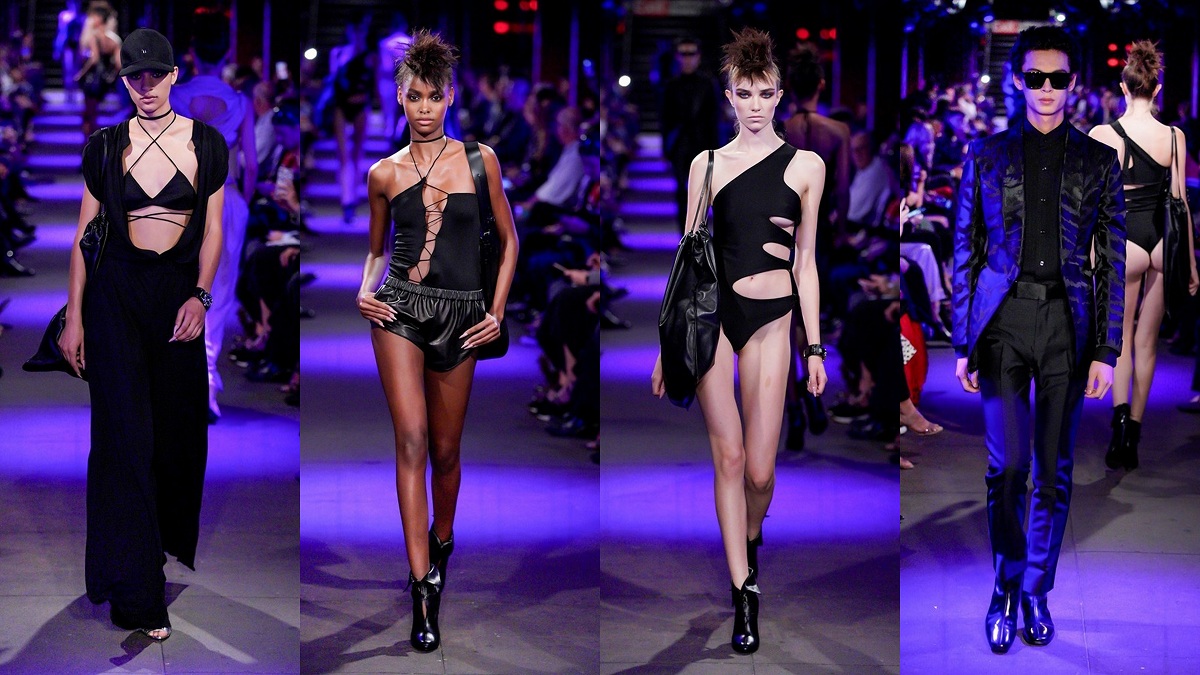 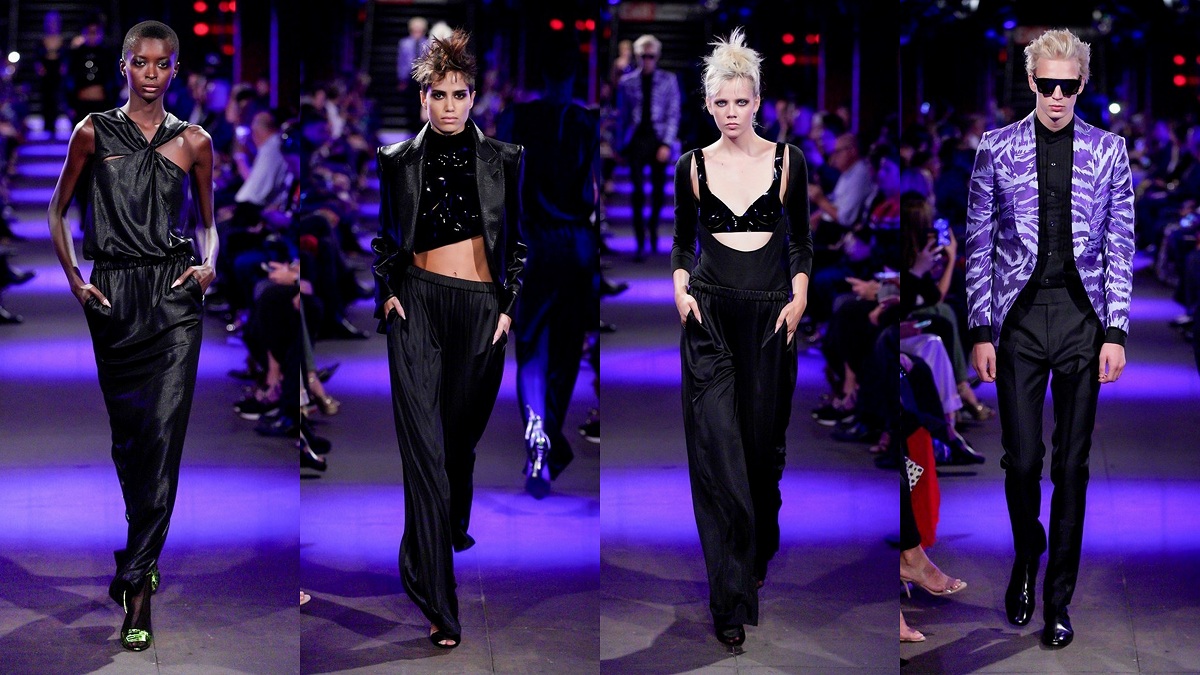 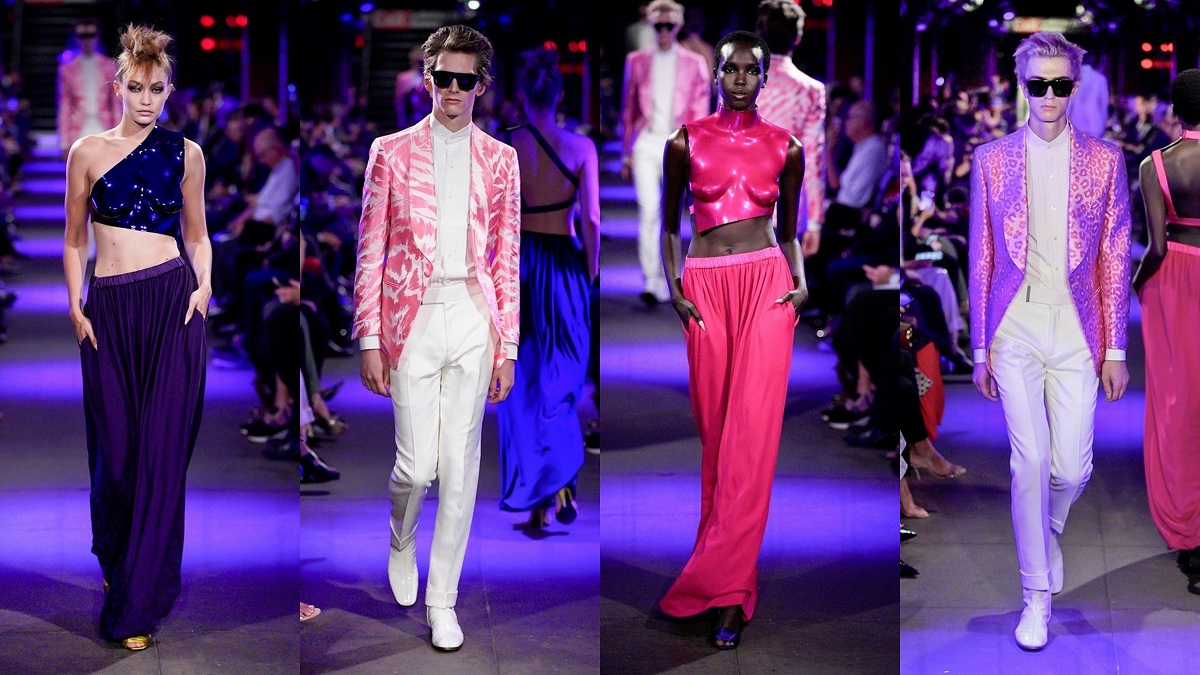 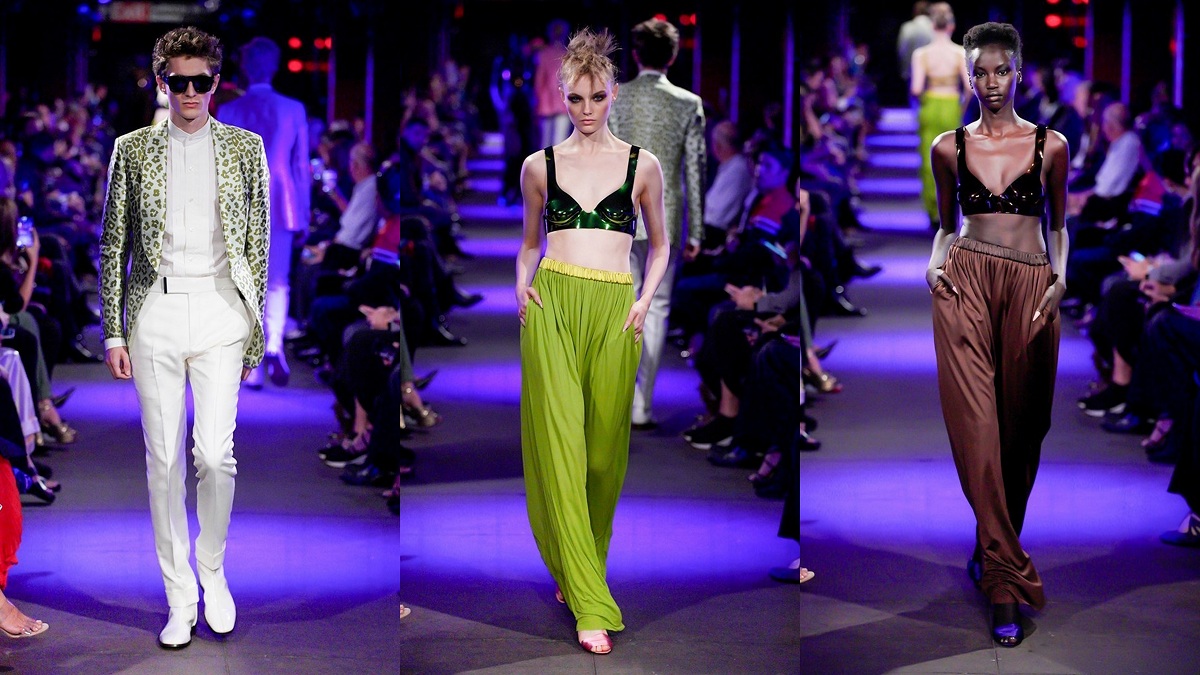