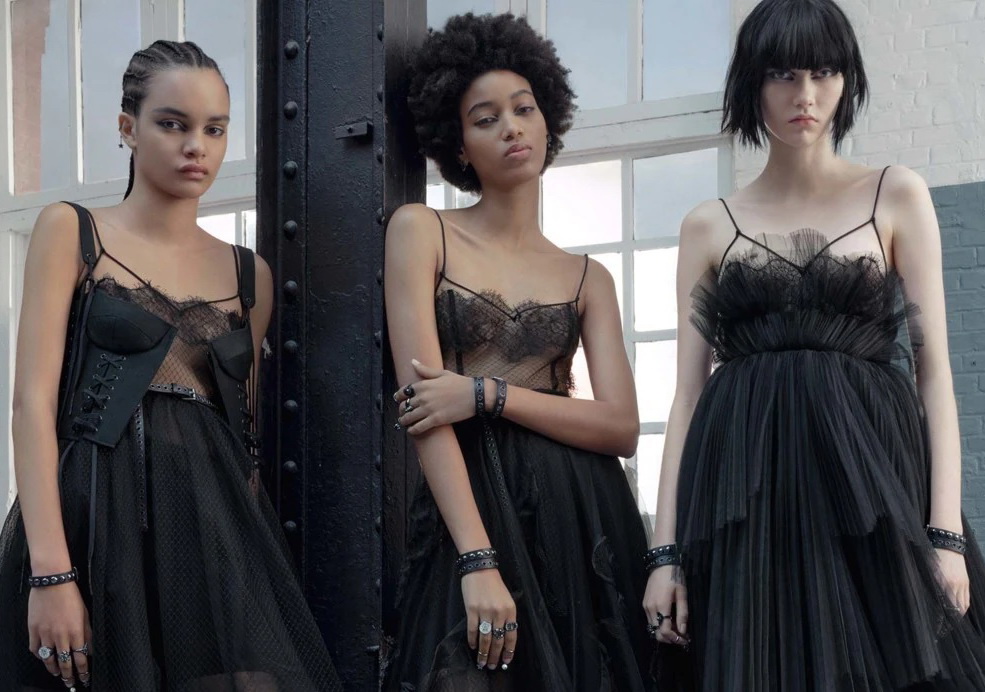 With her Dior Fall 2022 line, Maria Grazia Chiuri initiated a dialogue between the history of Dior and the contemporary world, which has now been brought to life through group portraits shot by Alice Mann. The campaign reflects a renewed sense of self-affirmation, highlighting a powerful, multiform femininity. It pays homage to the fascinating figures who contributed to Monsieur Dior’s success, from sister Catherine to muse Mizza Bricard and loyal collaborator Marguerite Carré. 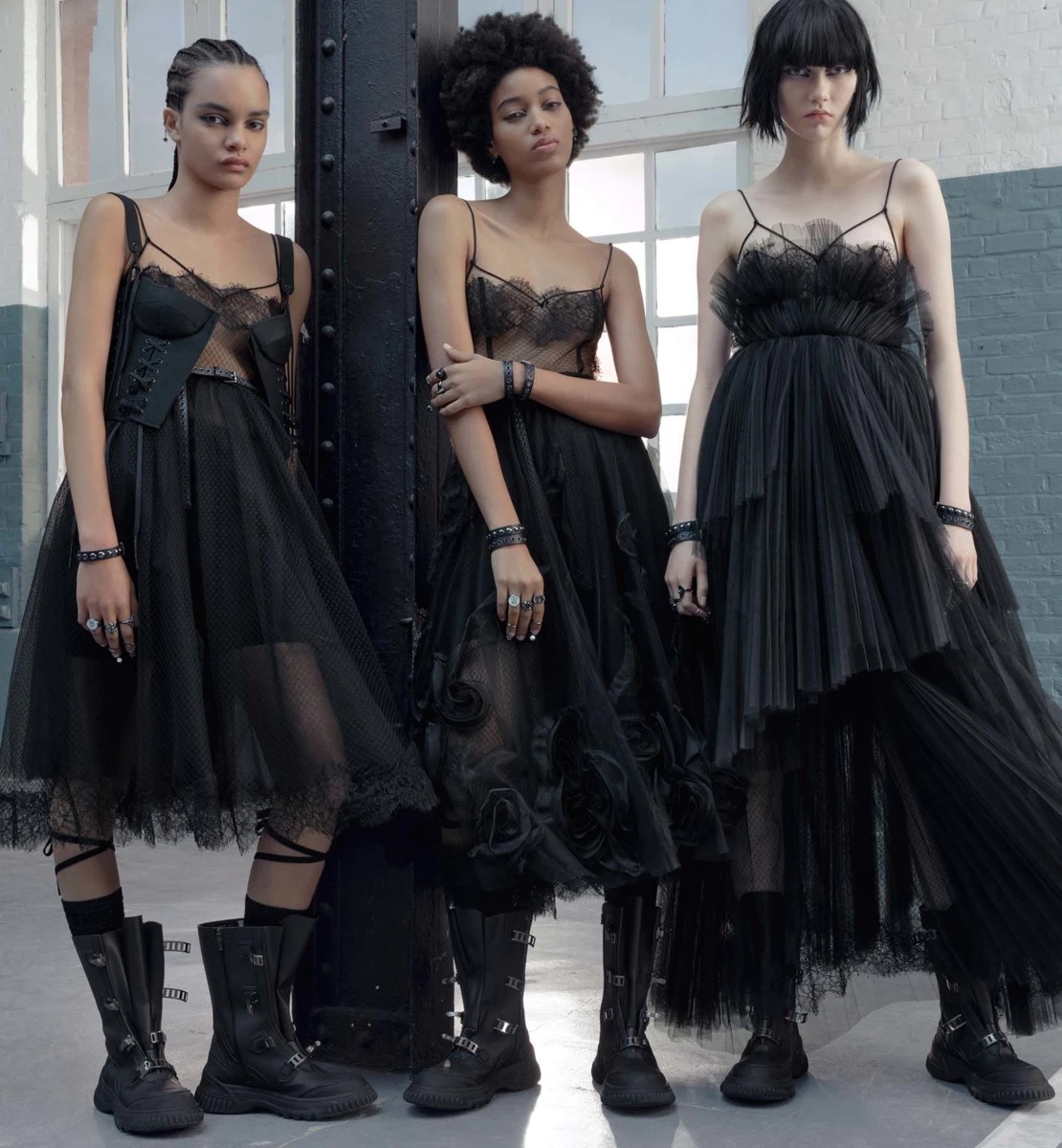 The emblematic Dior family burlap bags have been transformed into a symbol of sisterhood – in keeping with a major inspiration for the line, namely uniforms – with the motto “L’union fait la force” (“Strength through unity”) adorning skirts and jackets, alongside the iconic Dior Book Tote. The daring looks come alive for the South African artist’s lens, expressing fundamental values such as togetherness and sharing. 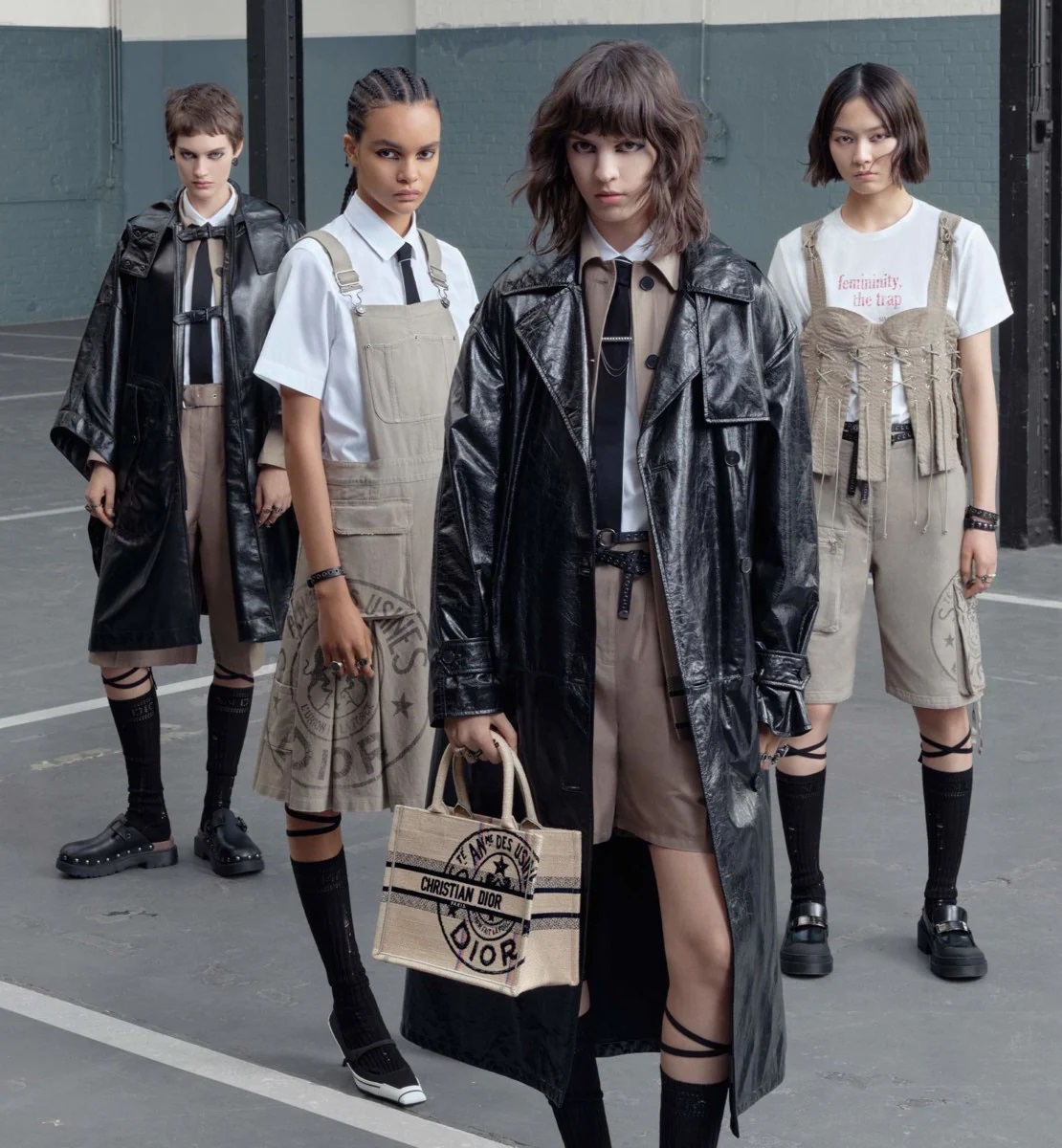 The final surprises are the unmissable Lady D-Joy, Lady Dior, Dior Vibe and Diorcamp, all of which are the quintessence of Dior style. These images are imbued with a collective force that celebrates the heritage, vision and inventiveness of the house of Dior. 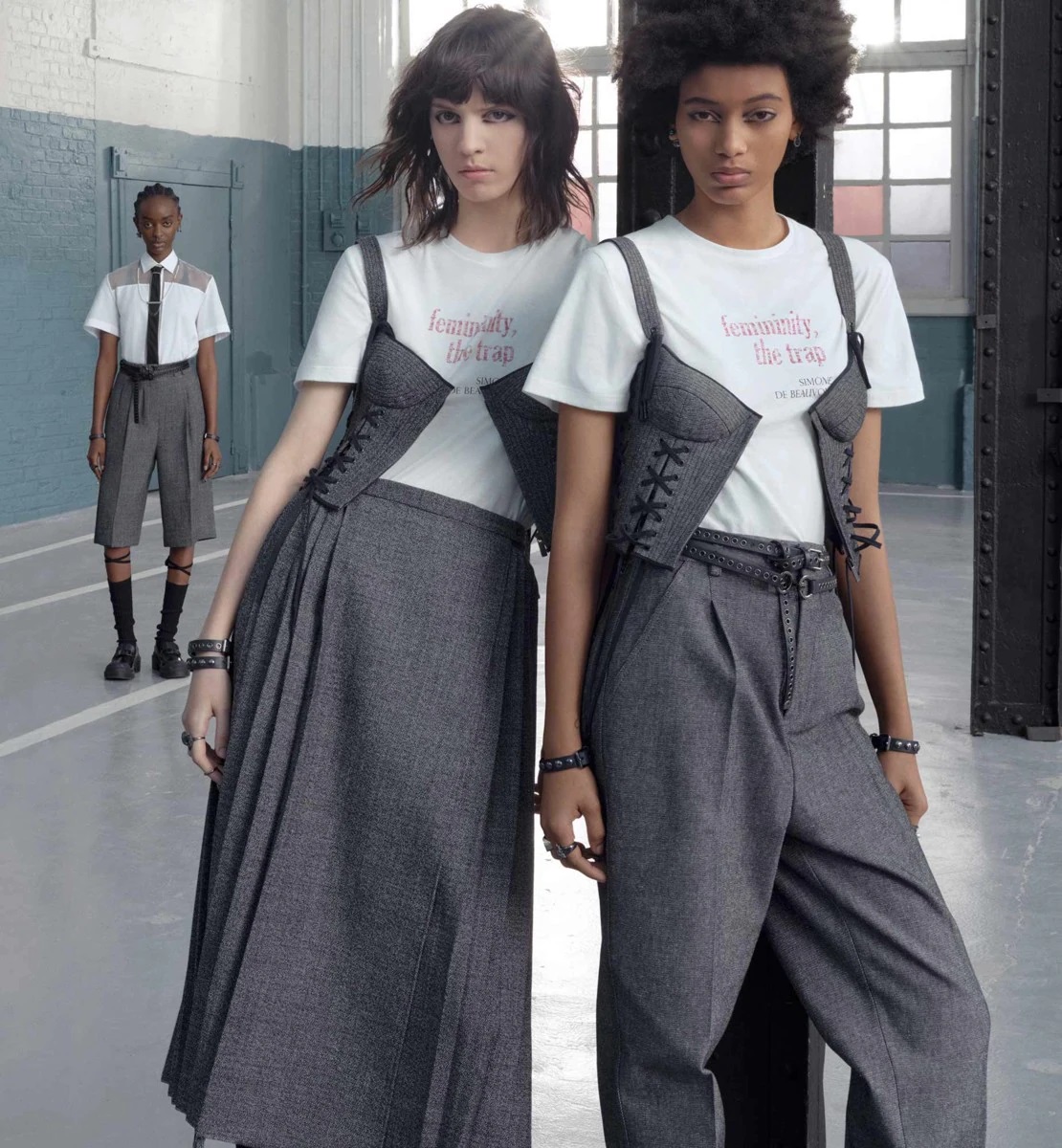 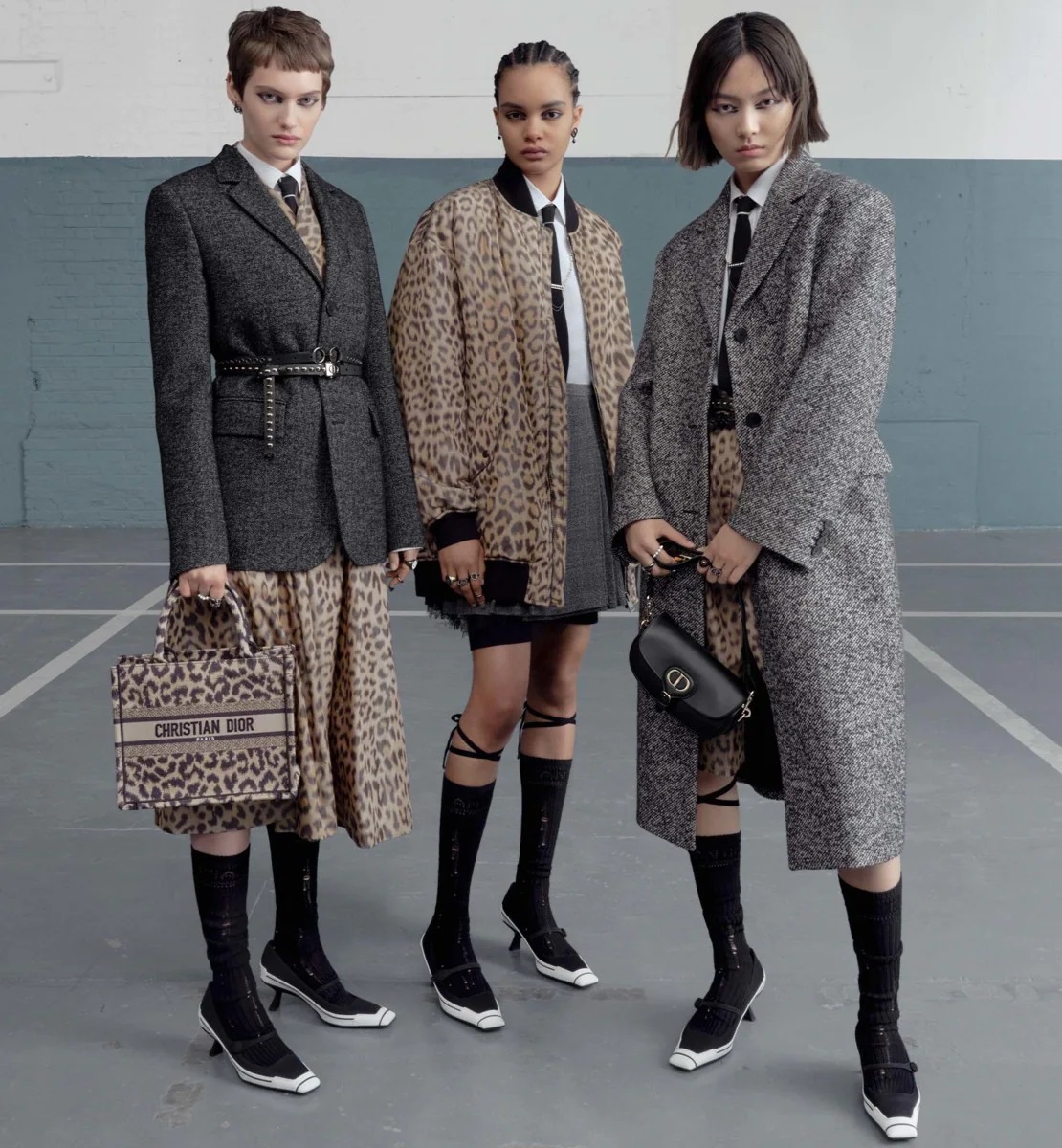 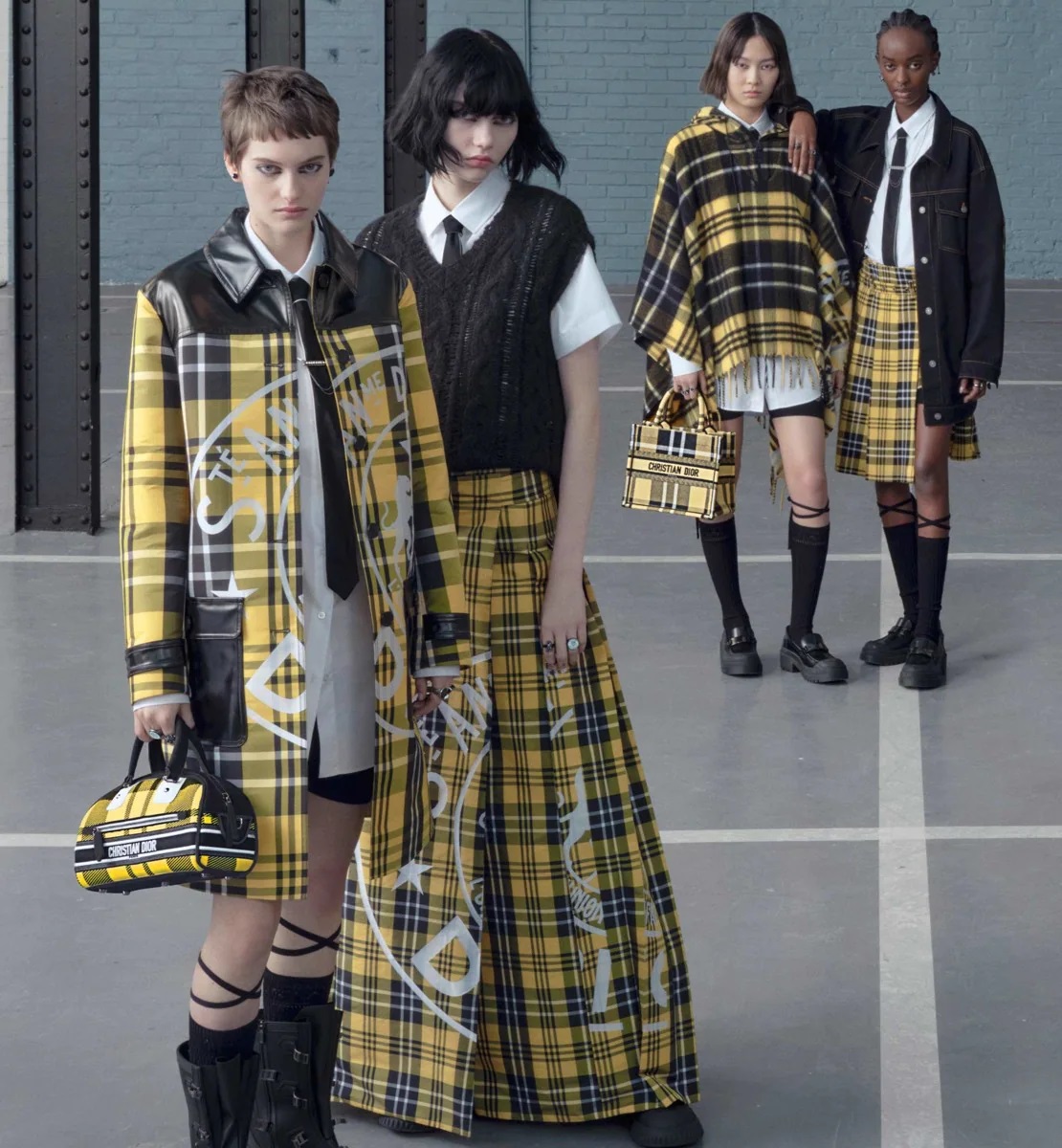 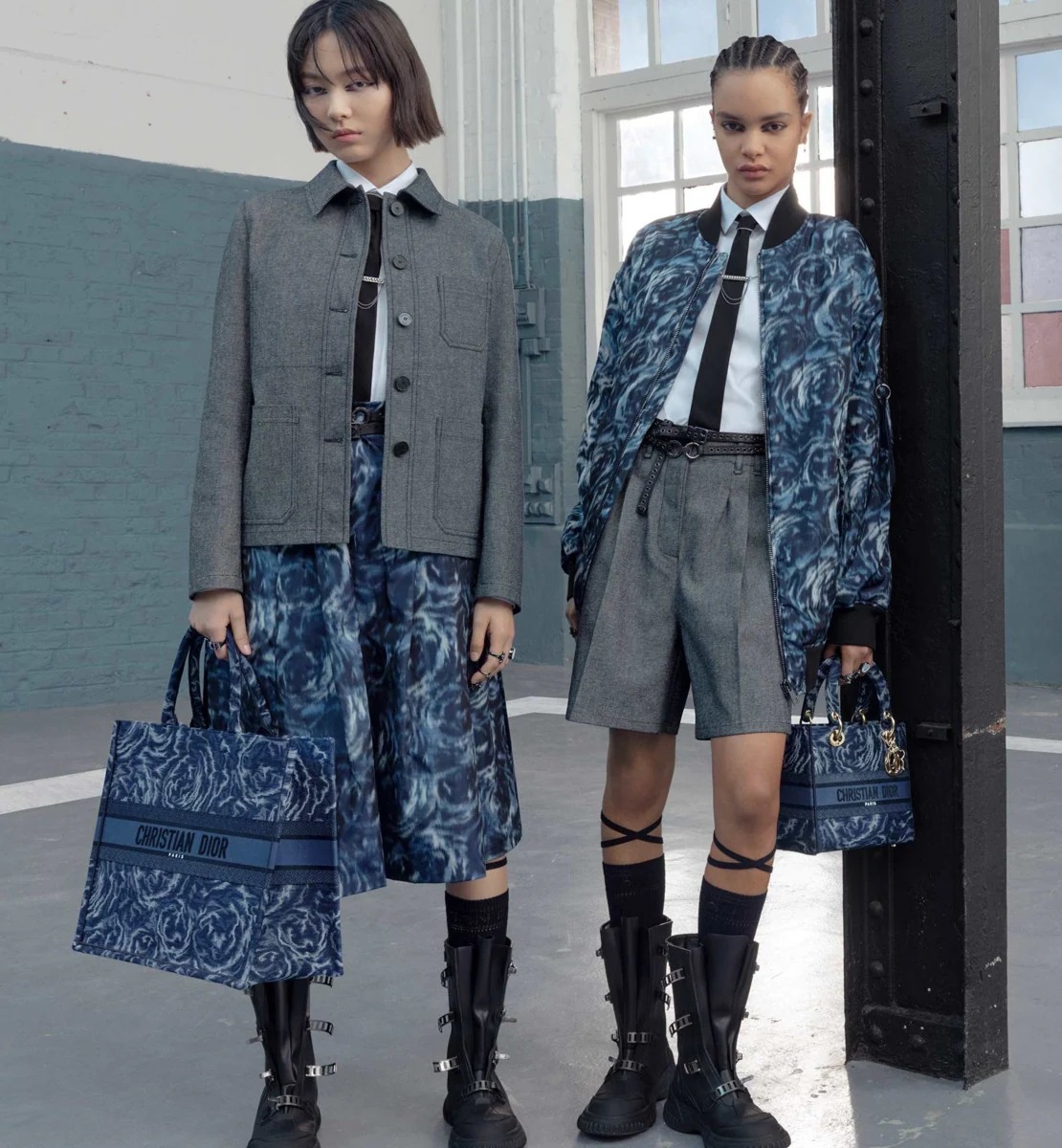