THE BEST & WORST DRESSED FROM CANNES

Every May, the whole population in Cannes rises dramatically as Hollywood comes to town in the form of the Cannes Film Festival. The world-famous and truly iconic Cannes Film Festival is the city’s biggest and brightest event of the year, attracting thousands of spectators, film crews and, of course, large numbers of celebrities and movie stars. And not only is the French festival a great place for new films to make a big splash in front of a global audience, it’s also one of the hottest red carpets of the year.

Check out our picks for the best and worst dressed of the festival.

We’ve kindly picked out the best dressed celebrities at this year’s festival and first up is Uma Thurman who looked absolutely glowing in two different white dresses. 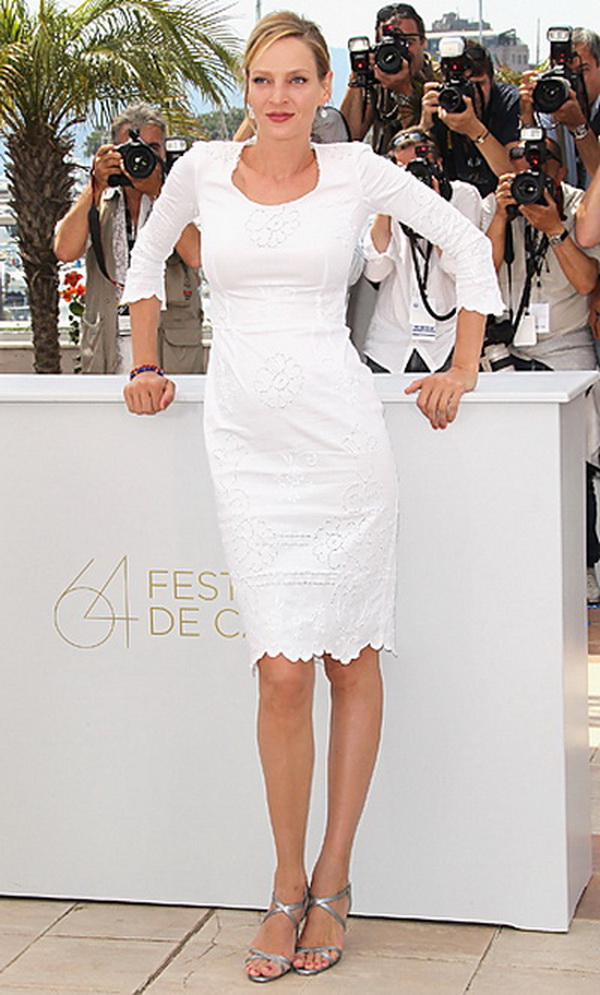 The first was a three quarter length sleeved, lace print Dolce & Gabbana which she paired with silver Jimmy Choo heels. It looked great in the glow of the sun, but she managed to kick it up a notch with another spectacular white gown in the evening. The actress changed into a slinky Versace gown featuring a skirt of feathers, accessorizing with an emerald Chopard bracelet and 54 carat white gold and emerald earrings by the label. Uma Thurman is a jury member for the Cannes Film Festival this year, which means we’ll be seeing plenty of her looks. 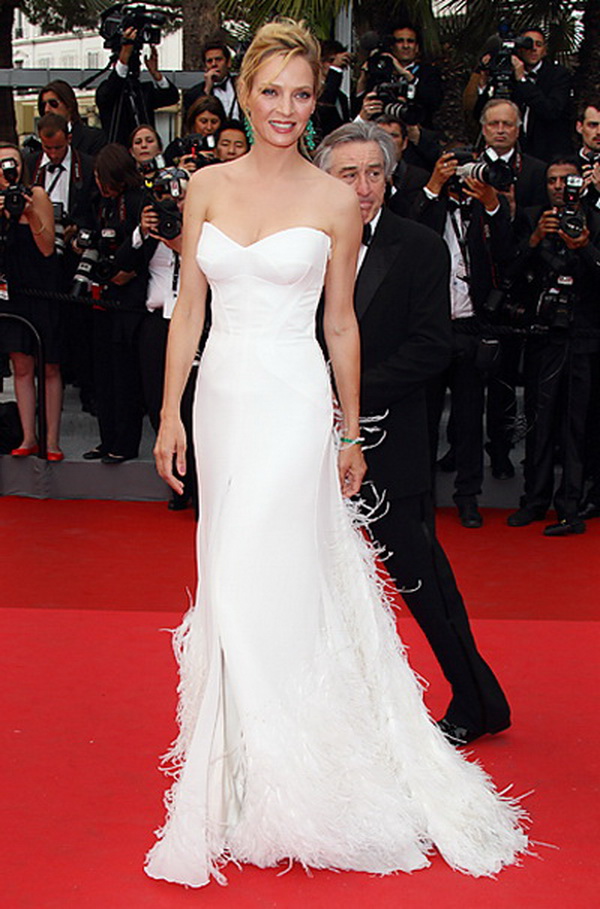 Rachel McAdams wore a Marchesa look from the fall 2011 collection for the premiere of Midnight in Paris. The red silk organza illusion cap sleeve dress featured embroidery and a tulle ruffle skirt. 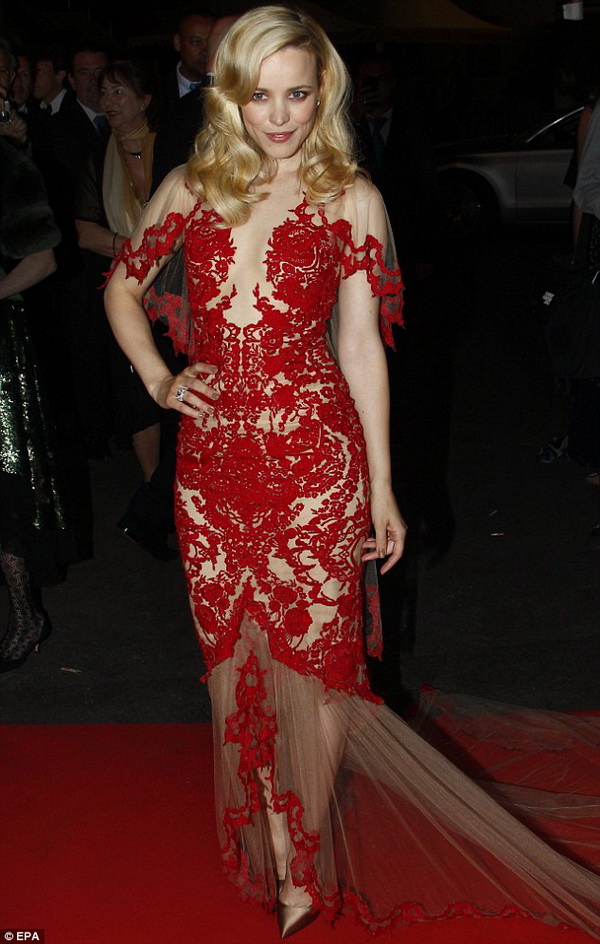 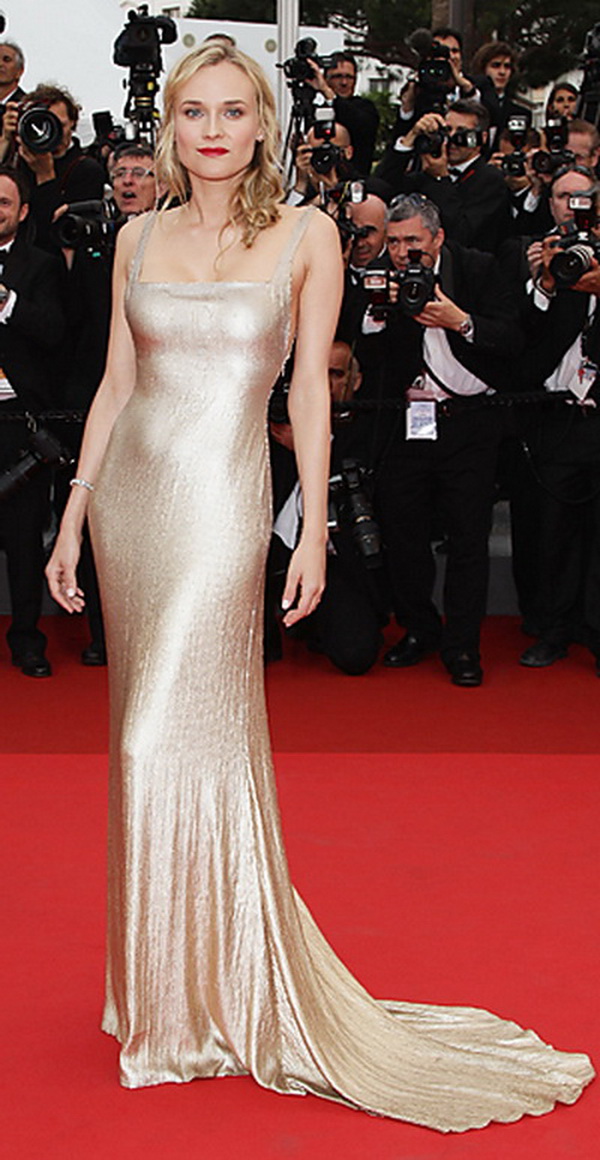 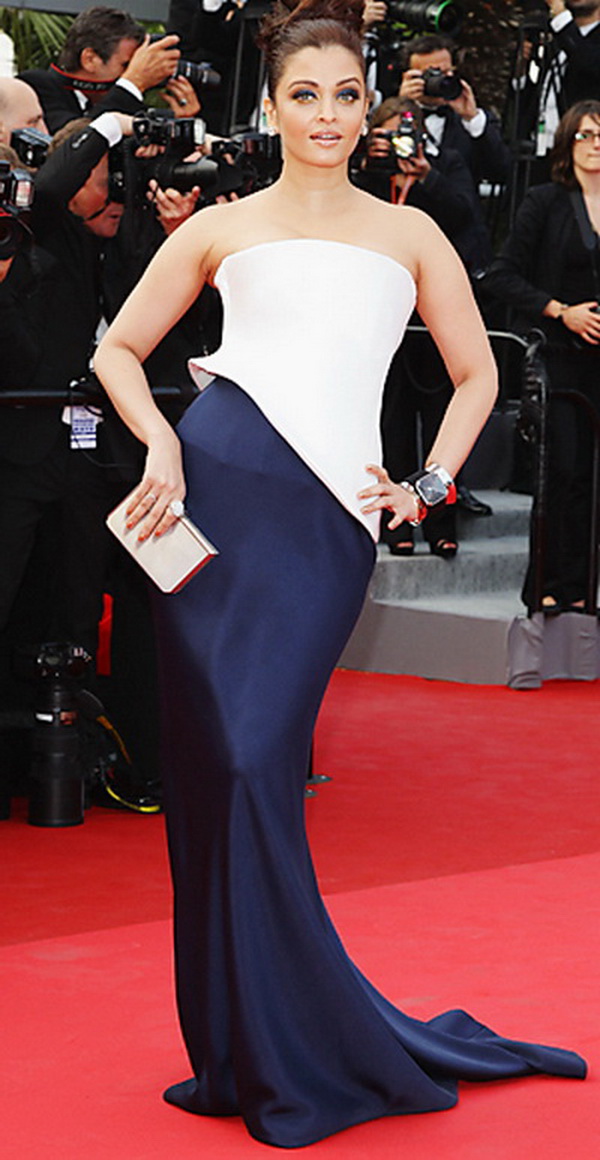 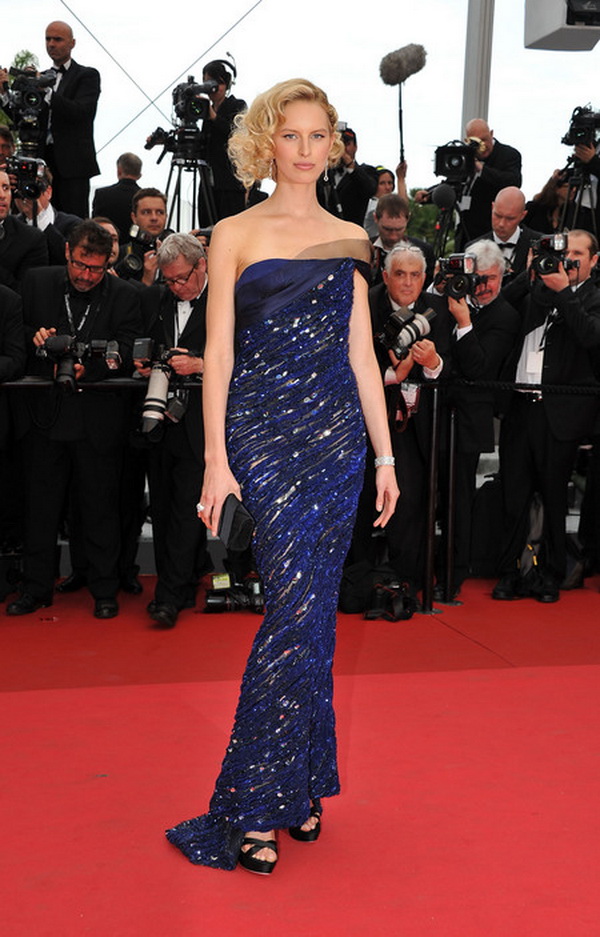 Unfortunately for most of the stars on the red carpet, there were a lot of bad dresses. Here are the absolute worst.
Bryce Dallas Howard wore an empire waist Reem Acra gown to the Sleeping Beauty premiere. 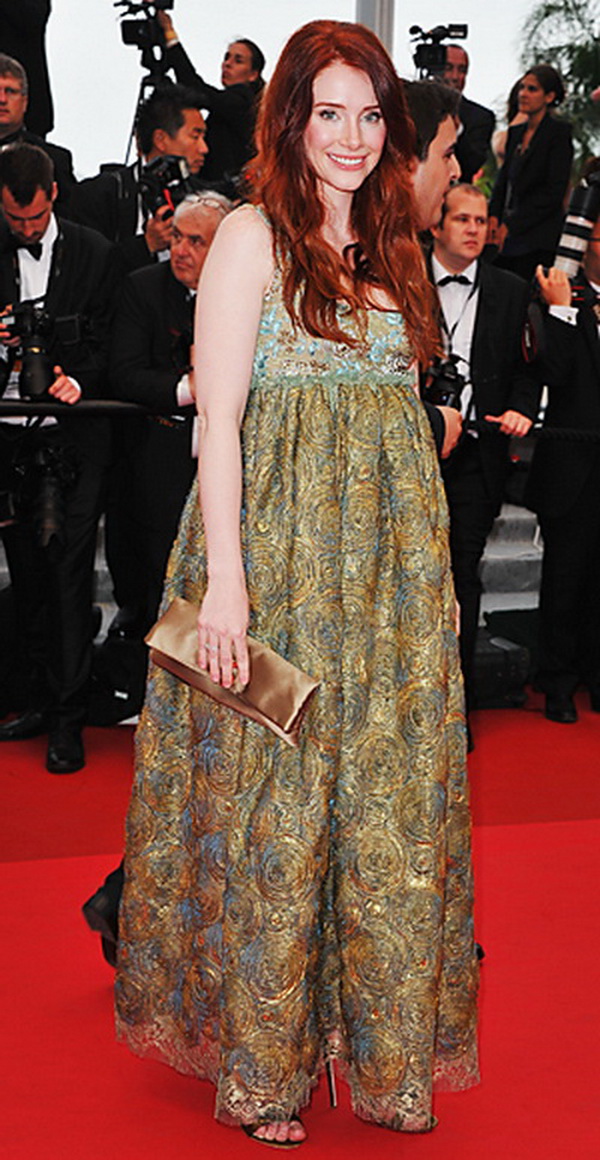 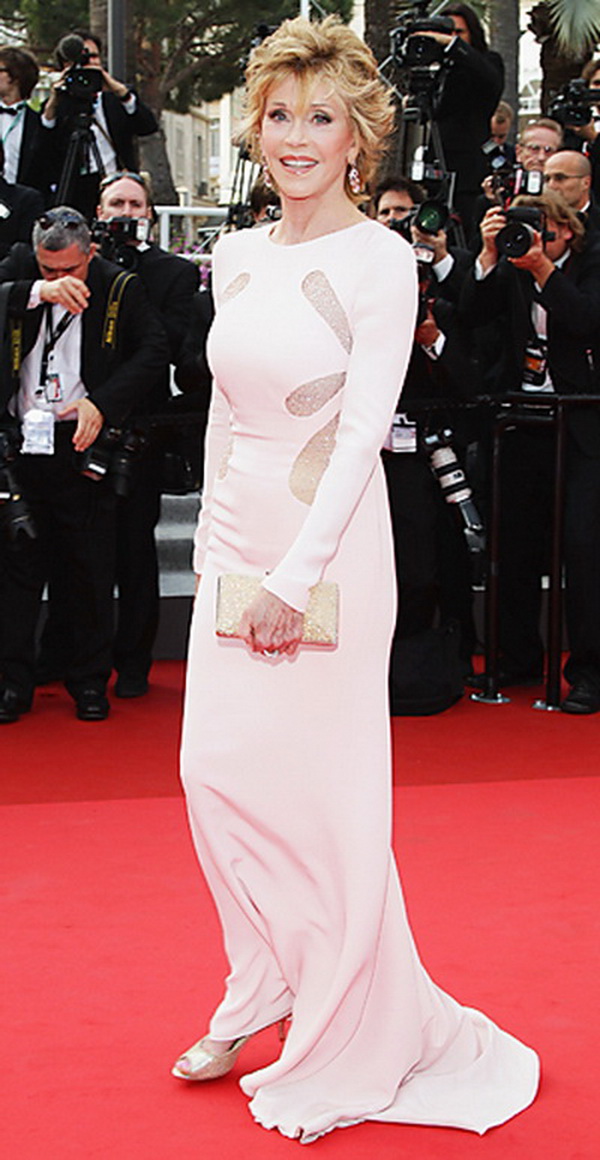 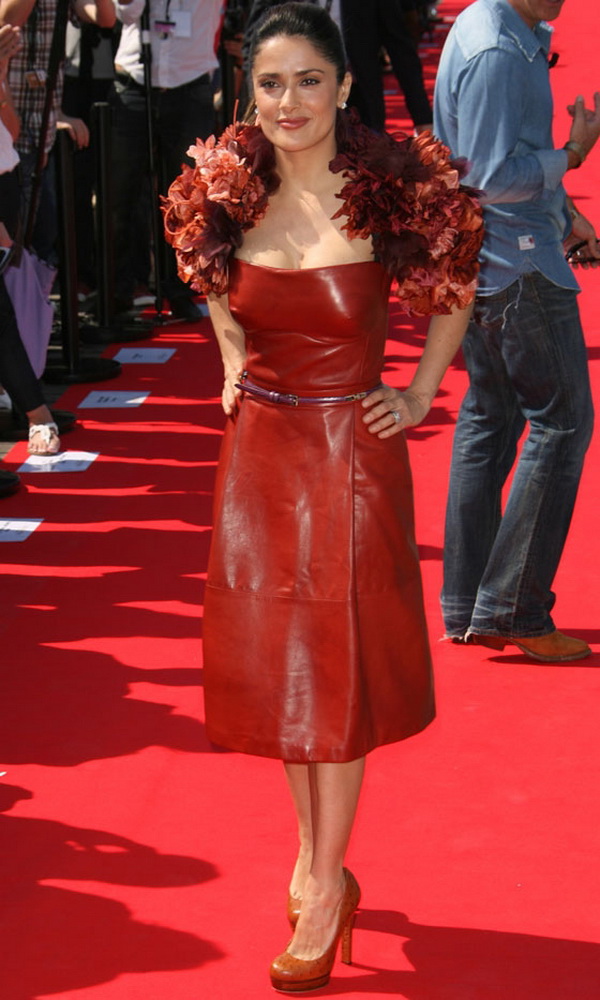 Rachel McAdams in Monique Lhuillier. This is Cannes Film Festival so therefore it’s not too much to ask for all the female celebrities to wear a gown. 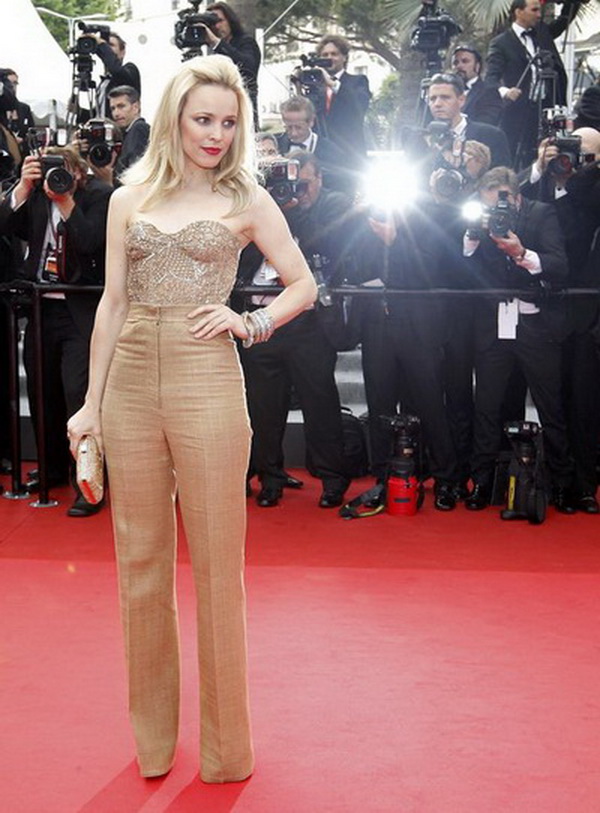