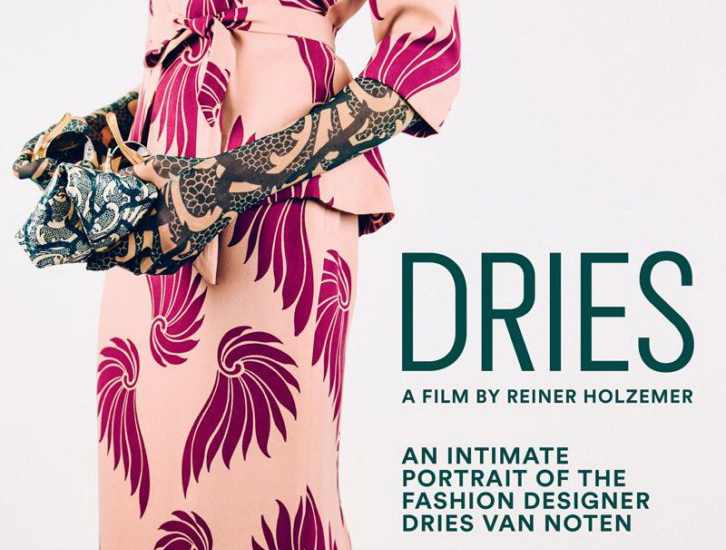 A new documentary, titled “Dries”, is putting the spotlight on Belgian designer Dries Van Noten. He is undoubtedly one of the most respected and imaginative designers today. Above all, Van Noten is a man who has avoided the spotlight for the most part of his career, choosing to run his business from a former museum storage building based in Antwerp, contrasting to fashion centers like Paris or New York. The documentary will be focused on his 25-year long career, and the way he has followed the intimidating task of making a collection stand the test of time.

Dries Van Noten doesn’t have the business tactic like most of world’s biggest designers and fashion houses. You won’t hear his brand’s name mentioned in the same breath with powerhouses like Chanel or Prada. His ingenious creations won’t be seen often on red carpets and numerous celebrities. But to fans of design, art and fashion, upcoming documentary “Dries” is a fascinating account of a fiercely independent designer whose use of vibrant color and texture cemented his status as a real fashion giant and innovator. And now we have a chance to take a glimpse into designer’s world, creative process, behind the scene magic, his home and above it all, the way he matches his personal life with his career.

The film contains interviews with some of the most legendary industry insiders like Suzy Menkes, Iris Apfel and Pamela Golbin. “Dries” had its debut at the Copenhagen International Film Festival on March 18th.

Dries Van Noten celebrated his 100th show on March 1, which was an impressive international reunion of 54 models who have walked for him from 1993 onwards.