Home » PEOPLE IN FASHION » DESIGNERS » Thierry Mugler: Beyond Couture exhibition to be presented in March 2019

Thierry Mugler: Beyond Couture exhibition to be presented in March 2019 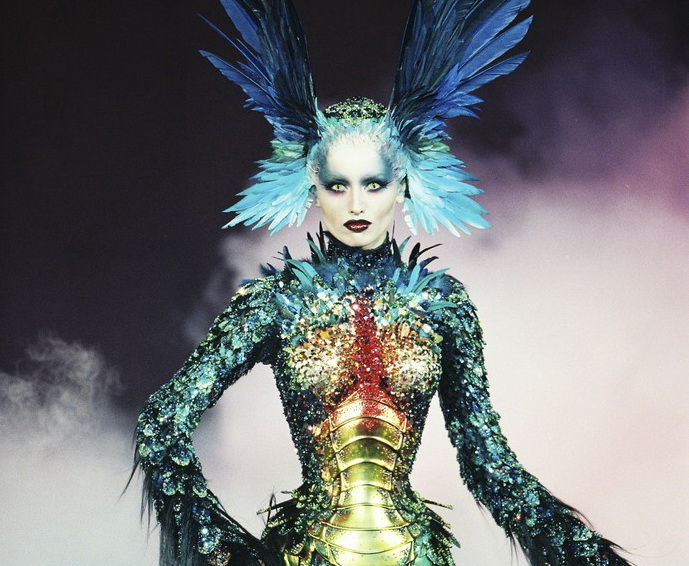 The Montreal Museum of Fine Arts (MMFA) is pleased to announce the presentation, in March 2019, of the first exhibition on French creator Thierry Mugler. Conceived, produced and put on tour by the MMFA, this exhibition will reveal the multiple universes of this undeniably artistic figure – visionary – in a retrospective of his work, especially his ready-to-wear and haute couture creations. perfumer couturier, director, photographer and This impressive exhibition, premiering in Montreal, will bring together more than 130 outfits, most of them never shown before, created between 1973 and 2001, as well as many unseen archive documents and photos by great artists and photographers. 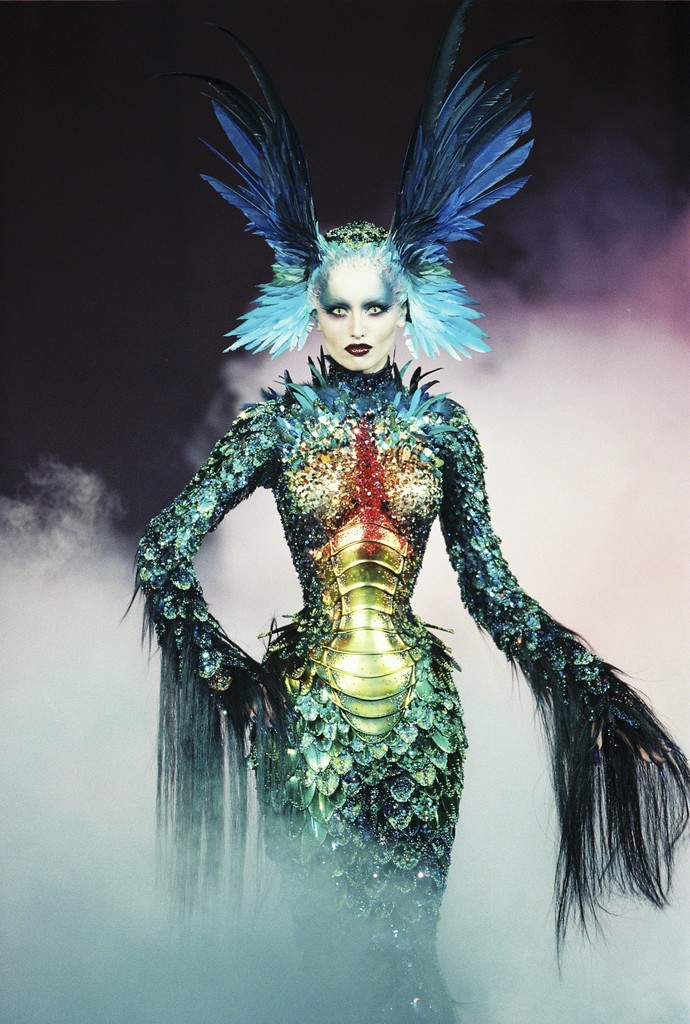 The exhibition trace the path of an exceptional creator who revolutionized fashion with morphological and futuristic cuts, and glamorous, sculptural and elegant silhouettes; strict lines and super-heroine shoulders; and a corseted waist dressing a sublime, sensual and powerful woman in constant metamorphosis. The exhibition offers a dive into his singular imagination, to encounter by turns his perfectionism, Hollywood-style prestige, dreams, exotic creatures, eroticism, and science fiction. It will explain his audacious choices, such as using innovative materials in high fashion such as metal, fake fur, vinyl and latex.

Nathalie Bondil, Director General and Chief Curator of the MMFA, said: “The Museum is pursuing its major exhibitions in the world of high fashion. Metamorphoses, super-heroines and cyborgs are already present in Mugler’s work: he perceived very early the trans-human revolutions on the way. His streamlined and elegant creatures, and dangerous and alluring women, people a universe of glamour and seduction at the frontiers of reality.”

Thierry Mugler has staged some of the most spectacular fashion shows of his time. He created the costumes for the staging of Shakespeare’s Macbeth by the Comédie-Française and the Festival d’Avignon, and the Zumanity show by the Cirque du Soleil. He has dressed a galaxy of stars, such as Diana Ross, David Bowie, Lady Gaga, Liza Minnelli and, in Quebec, Diane Dufresne and Céline Dion. He has also created costumes for Mylène Farmer and Beyoncé for their tours and videos.

As a photographer and film-maker, he created the emblematic 1990s clip Too Funky by British singer George Michael, as well as short films starring actresses Isabelle Huppert and Juliette Binoche. Over the course of his career, Thierry Mugler has had many collaborations with film- makers, architects such as Andrée Putman for his boutiques, and renowned photographers and artists, such as Helmut Newton, Dominique Issermann, Guy Bourdin, Herb Ritts, Peter Lindbergh, David Lachapelle and Pierre & Gilles.

The video for George Michael’s song Too Funky, directed by Mugler

Creator Manfred Thierry Mugler observed that: “I have always been fascinated by the most beautiful animal on the Earth: the human being. I have used all of the tools at my disposal to sublimate this creature: fashion, shows, perfumes, photography, video… I am not a person who dwells in the past, but the MFA, through Nathalie Bondil, was the first to propose me to stage my creations and imagine together a free, global and reinvented artistic vision. How could I refuse?”

“The work of Thierry Mugler is as distinctive as it is avant-garde. It has an architectural, hyper- feminized style that sublimes the curves of the femme fatale. This creator knows how to distinguish himself through constant innovation and audacious silhouettes that have marked an era, and found a place in the history of fashion. His singular style, a kind of futurist version of New Look with a touch of fantasy and fetishism, is still a powerful influence on today’s generation of couturiers,” explained Thierry-Maxime Loriot, exhibition curator. An exhibition initiated, produced and circulated by the Montreal Museum of Fine Arts, in collaboration with the Groupe Clarins and the Maison Mugler.

It was curated by Thierry-Maxime Loriot under the direction of Nathalie Bondil, Director General and Chief Curator of the Montreal Museum of Fine Arts. Born in Québec (Canada), Thierry-Maxime Loriot worked in the fashion industry for more than a decade before becoming an exhibition curator. He curated the MMFA exhibitions Love is Love: Wedding Bliss for All à la Jean Paul Gaultier (2017) and Jean Paul Gaultier: From the Sidewalk to the Catwalk (2011-2016). He produced the exhibitions Peter Lindbergh: A Different Vision on Fashion Photography, presented at the Venaria Reale de Turin, and Viktor & Rolf: Fashion Artists, presented at the National Gallery of Victoria (NGV), in Melbourne. He also authored the books that accompanied these exhibitions.

A New Exhibition about Fashion at the MMFA

With this exhibition, the MMFA pursues an ongoing fascination with the world of fashion that led it to present Yves Saint Laurent (2008) and Jean Paul Gaultier: From the Sidewalk to the Catwalk (2011-2016), a phenomenal exhibition which has been seen by more than 2 million people in 12 cities around the world. It has also presented Love is Love: Wedding Bliss for all à la Jean-Paul Gaultier, which brings together 36 wedding dress creations by the French couturier, an exhibition which will travel to the Néstor Kirchner Cultural Centre in Buenos Aires next spring.

Discover the Jean Paul Gaultier Spring/Summer 2023 Haute Couture by Haider Ackermann, a collection where hectic and supremely serene elements collide. Haider Ackermann is the latest designer to step up to the plate, this...