The top 5 luxury hotels in Budapest 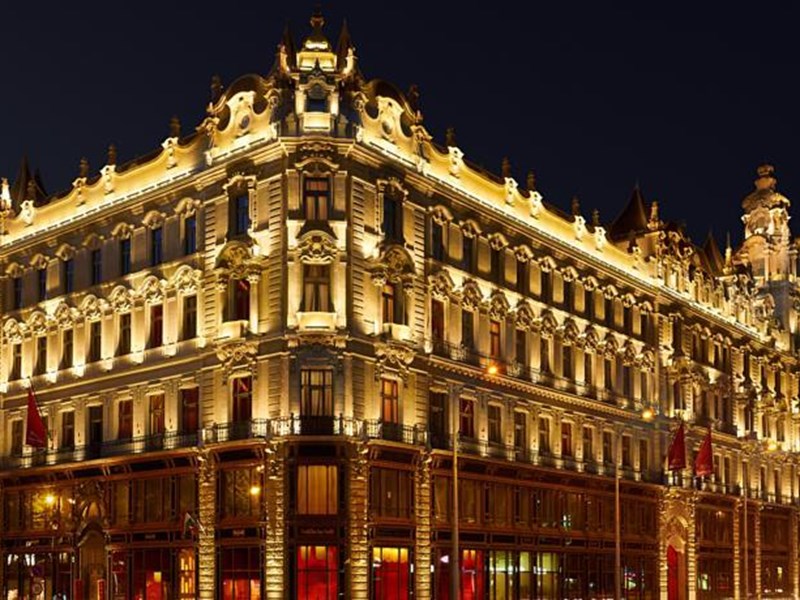 Budapest is certainly one of the cities to visit when it comes to Central and Eastern Europe. A city with amazing history and breathtaking architecture is often called „The Paris of Eastern Europe“, and rightfully so, because its heritage and visuals are nothing short of the one of the French capital. Whether you’re interested in shopping in legendary Vaci Street, or maybe near the Fashion District, whether you’re in the mood for a good meal in city’s Gastronomic Quarter, or you simply want to take a walk along the Danube river and enjoy the scenery, Budapest is the right city in every possible way. Find out where to stay in Budapest with our selection of five magnificent hotels that gives you the opportunity for maximum pleasure and enjoyment during your visit.

Since it’s very opening in late 19th century, the Corinthia Hotel Budapest, then known as the Grand Hotel Royal, was and still is the symbol of everlasting luxury and glamour in this part of Europe, combining strong French influence with impeccable Eastern-European charm. Rich in tradition, this hotel played an interesting role in the origins of European cinema back in 1896 when the Lumière brothers, who invented motion pictures, held their first film screening outside of Paris in hotel’s Grand Ballroom. 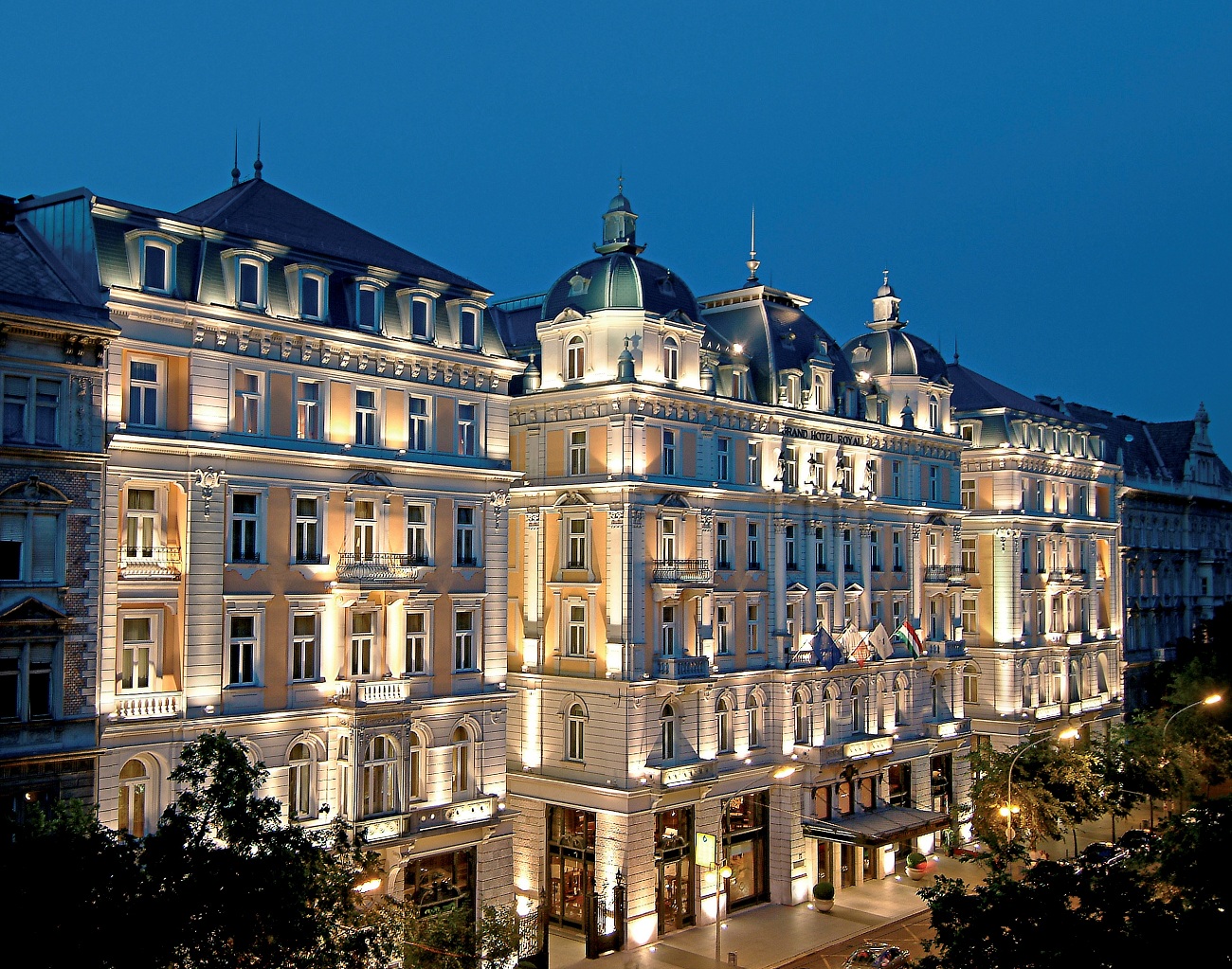 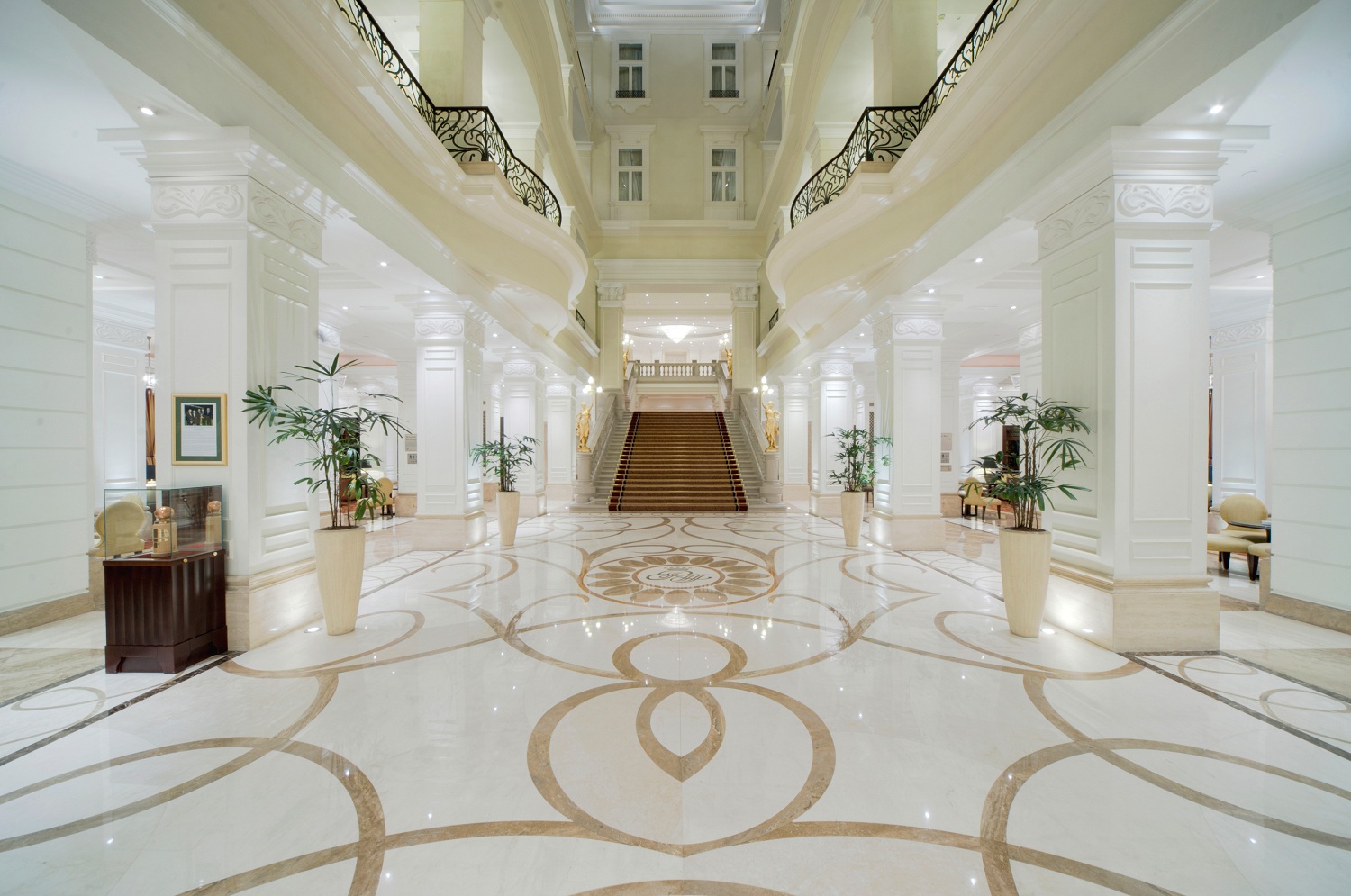 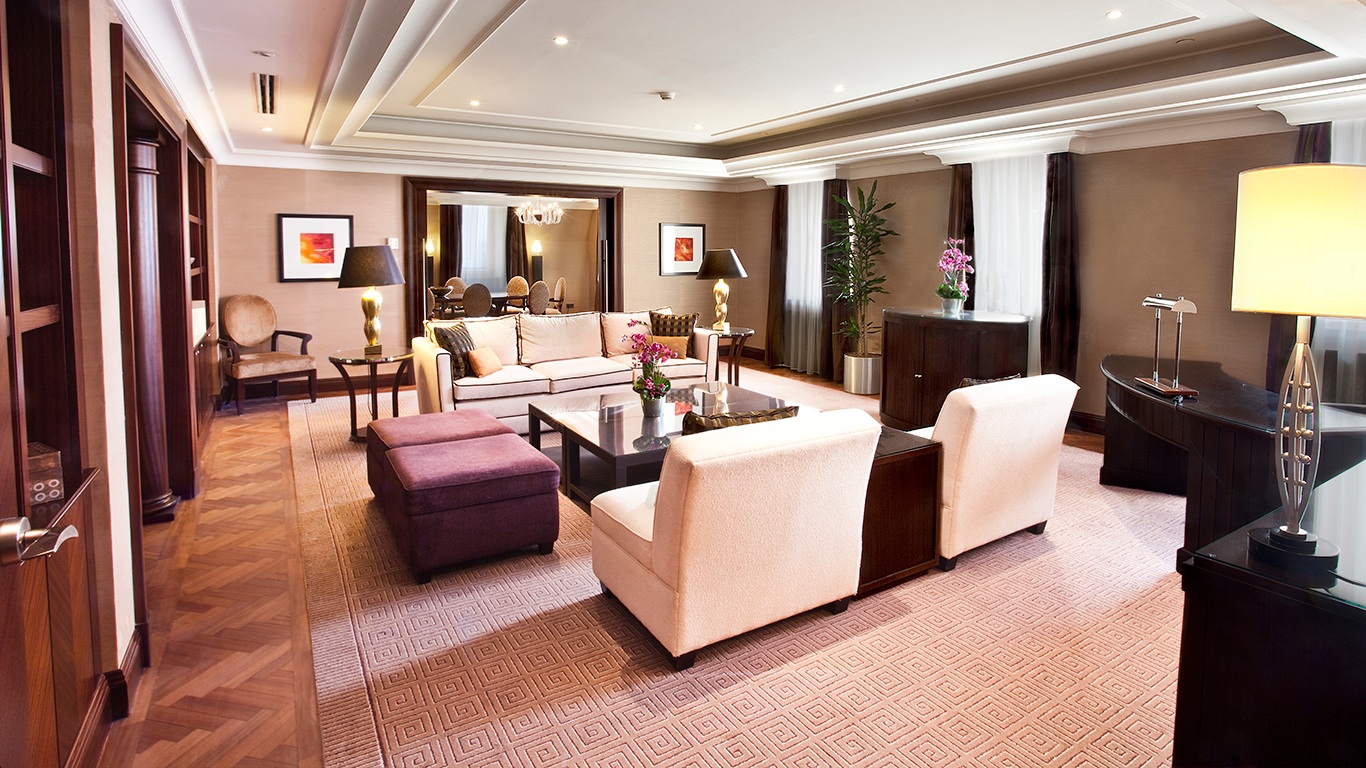 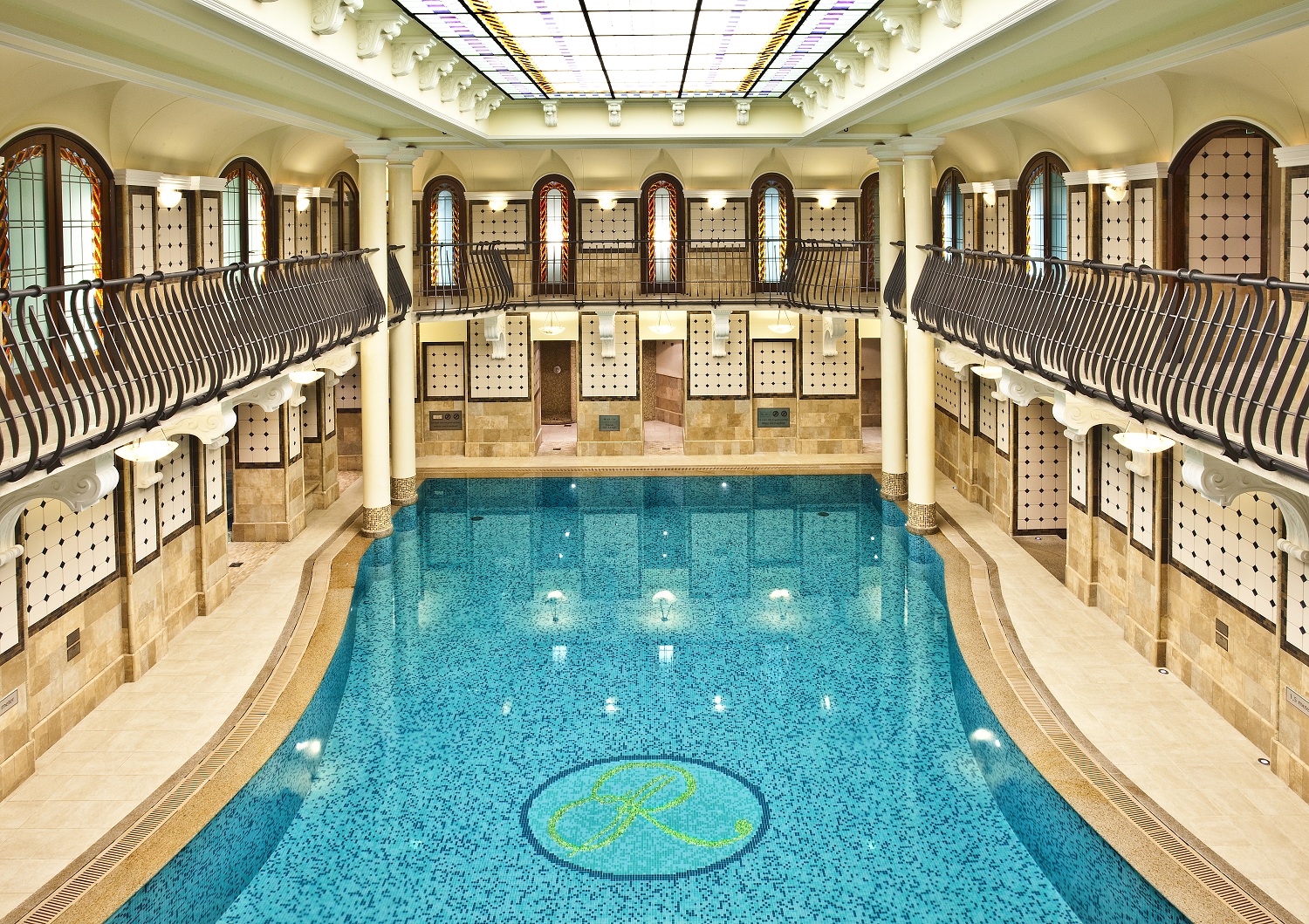 Completely renovated and re-opened in 2003, the Corinthia Hotel Budapest continues to amaze with it’s distinctive design and enormous capacity (with total of 440 rooms and suits, including 26 completely equipped apartment units with it’s own garden, named Royal Residences).

Aria Hotel Budapest offers a faithful recreation of the rich, lavish atmosphere of a historic Hungarian palace, while simultaneously embracing visitors in the warmth and comfort of a private residence. 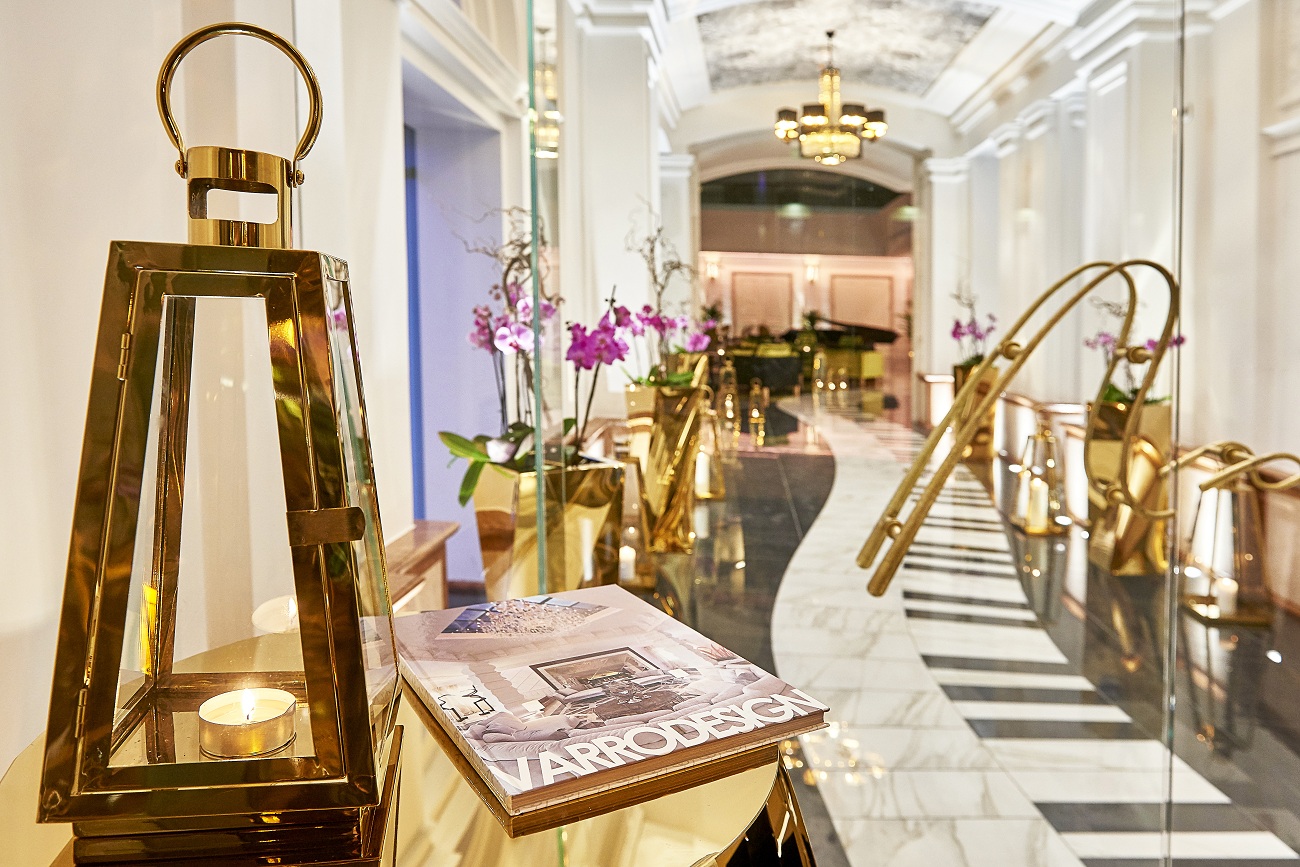 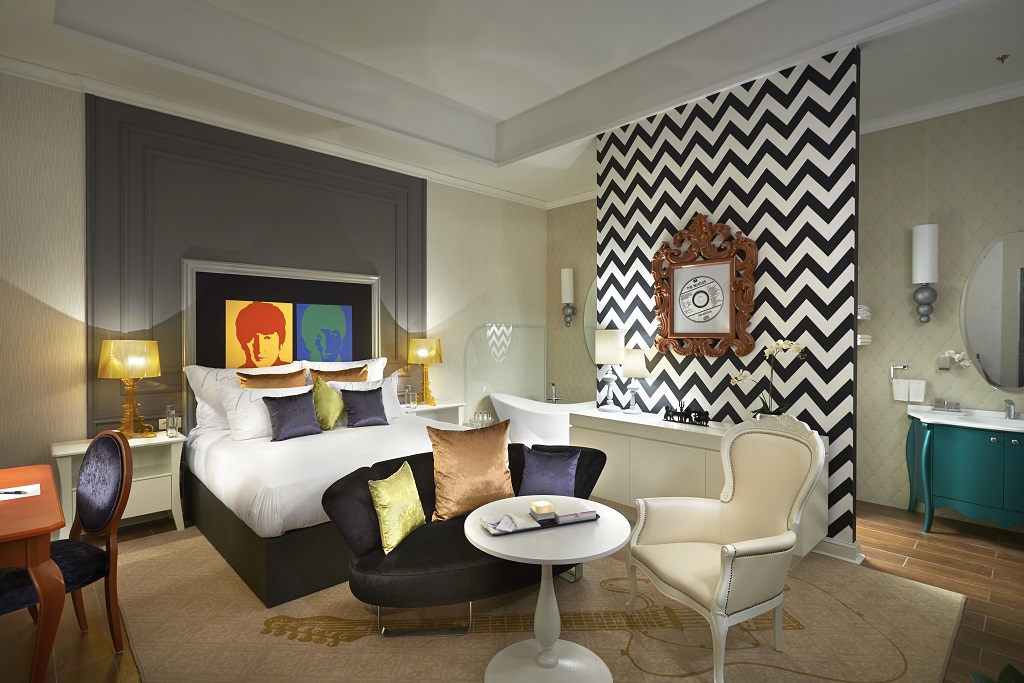 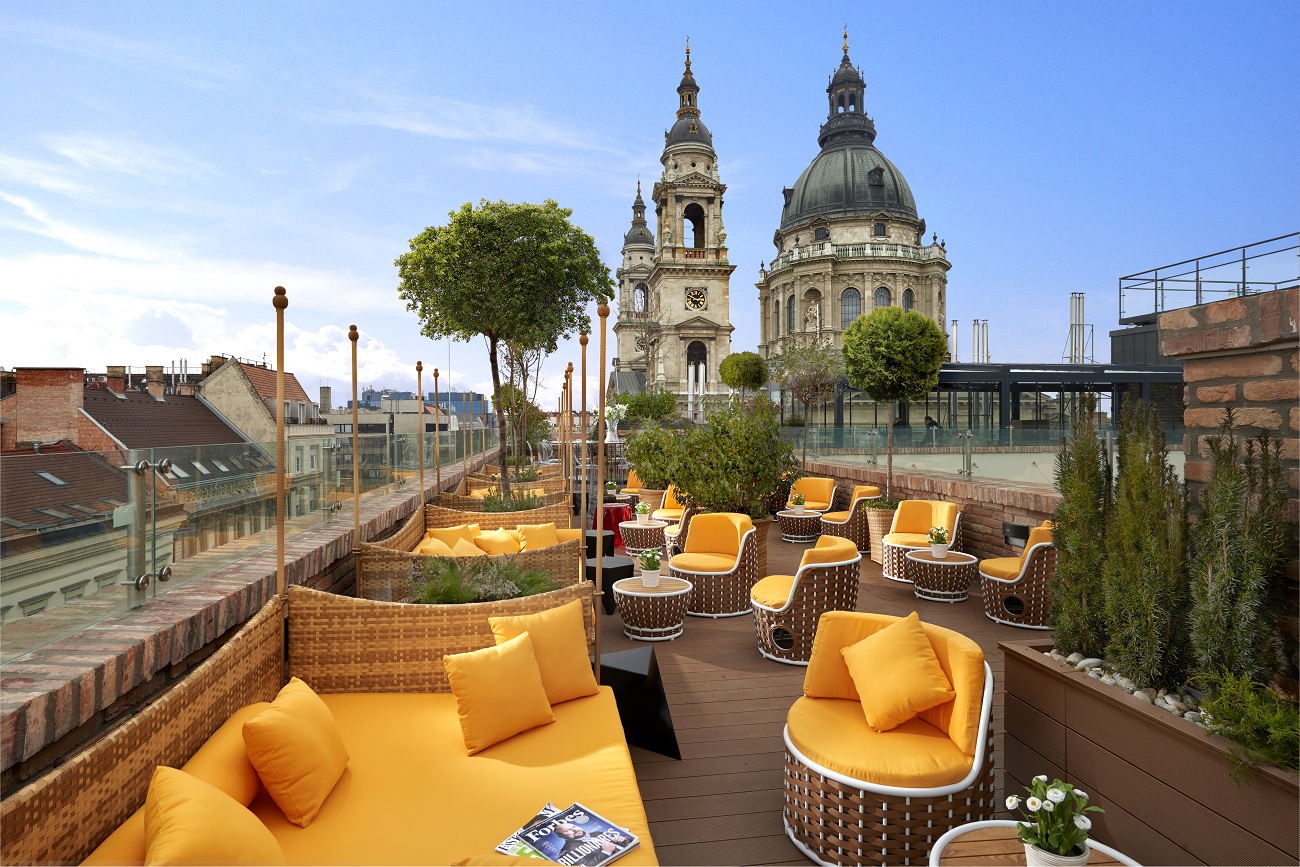 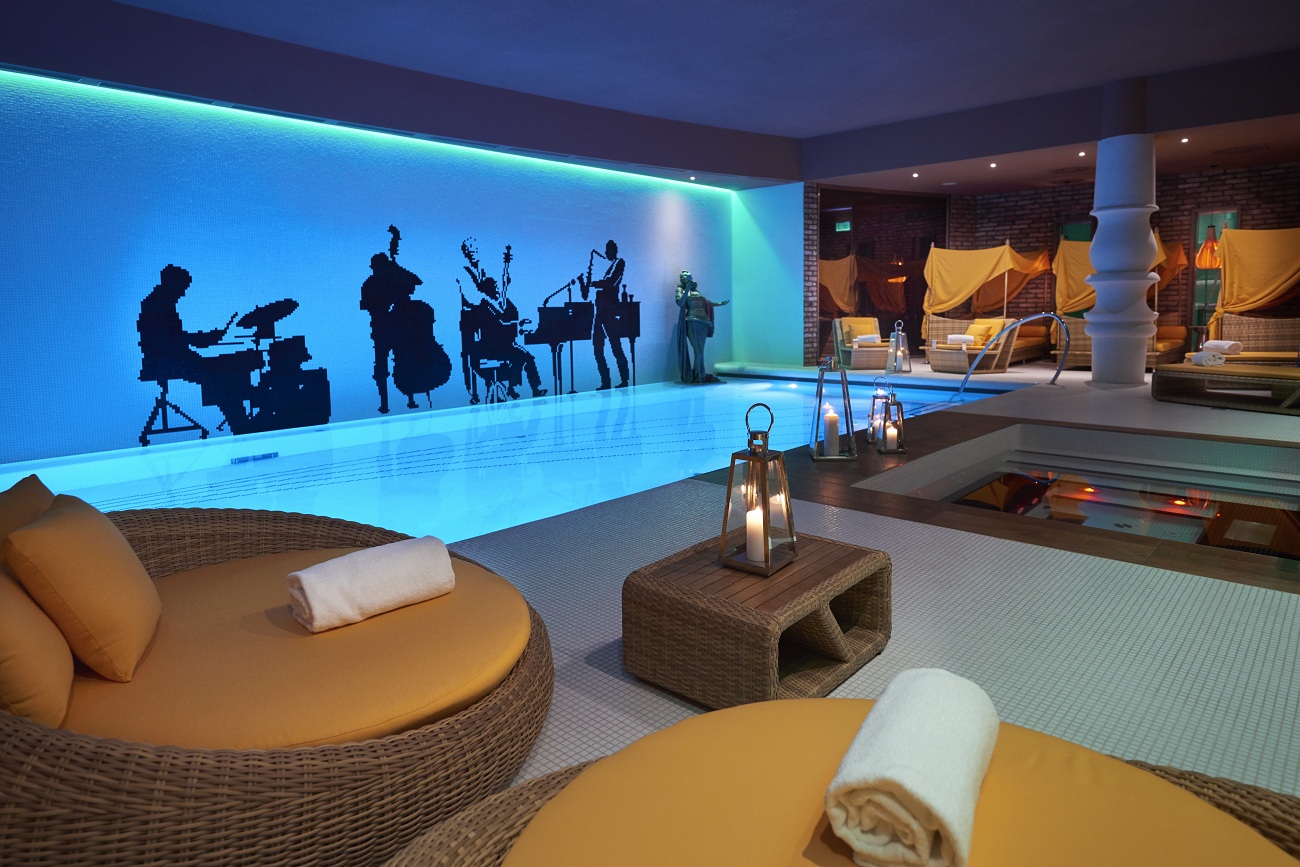 The four wings of Aria Hotel Budapest are quite different, but all follow the same theme- Music. Each of the Aria’s four wings is dedicated to a different music genre: Classical, Opera, Contemporary and Jazz. In every room and suite you can find fantastic caricatures of the world’s greatest musical legends such as: Maria Callas, Count Basie, Bob Dylan, James Brown and Hungary’s own Franz Liszt. Drawn by famous artist Joseph Blecha, these art pieces are bringing a touch of funky and casual in otherwise adamantly luxurious environment, which completely goes along with Aria’s artistic spirit.

Aria Hotel Budapest is truly one-of-the-kind experience and a hotel that not only wins you with its bold artistic design and hospitality of its staff, but also with strangely warm atmosphere that stays with you long after you leave the hotel.

Wrapped in colors of red and gold and furnished with materials of exceptional quality, under characteristic dimmed lighting and with well-known music soundtrack that follows you everywhere, Buddha-Bar Hotel Budapest creates inviting atmosphere for anyone who wants to feel a different kind of luxury, and to experience the treasured atmosphere of the mysterious Far East. 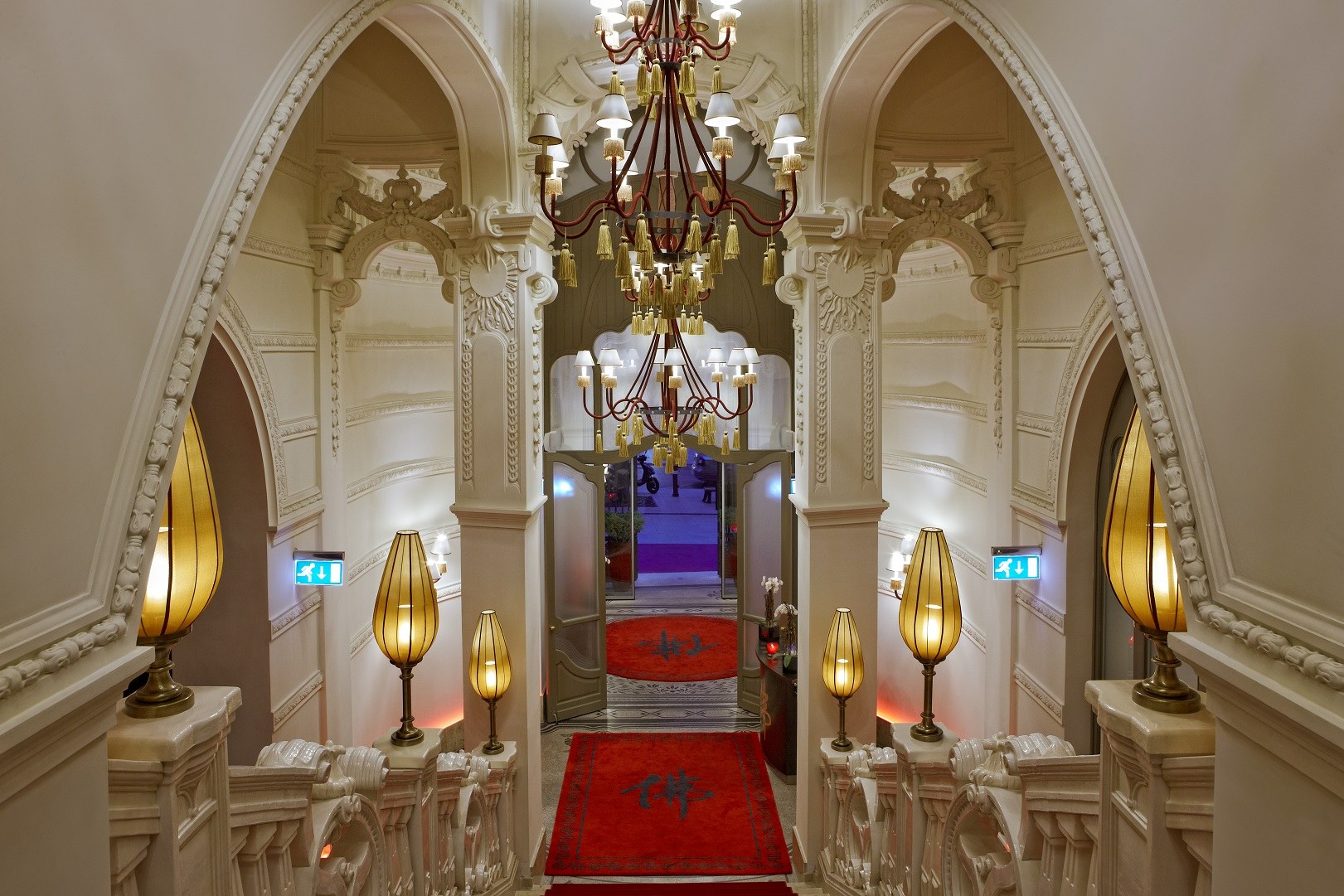 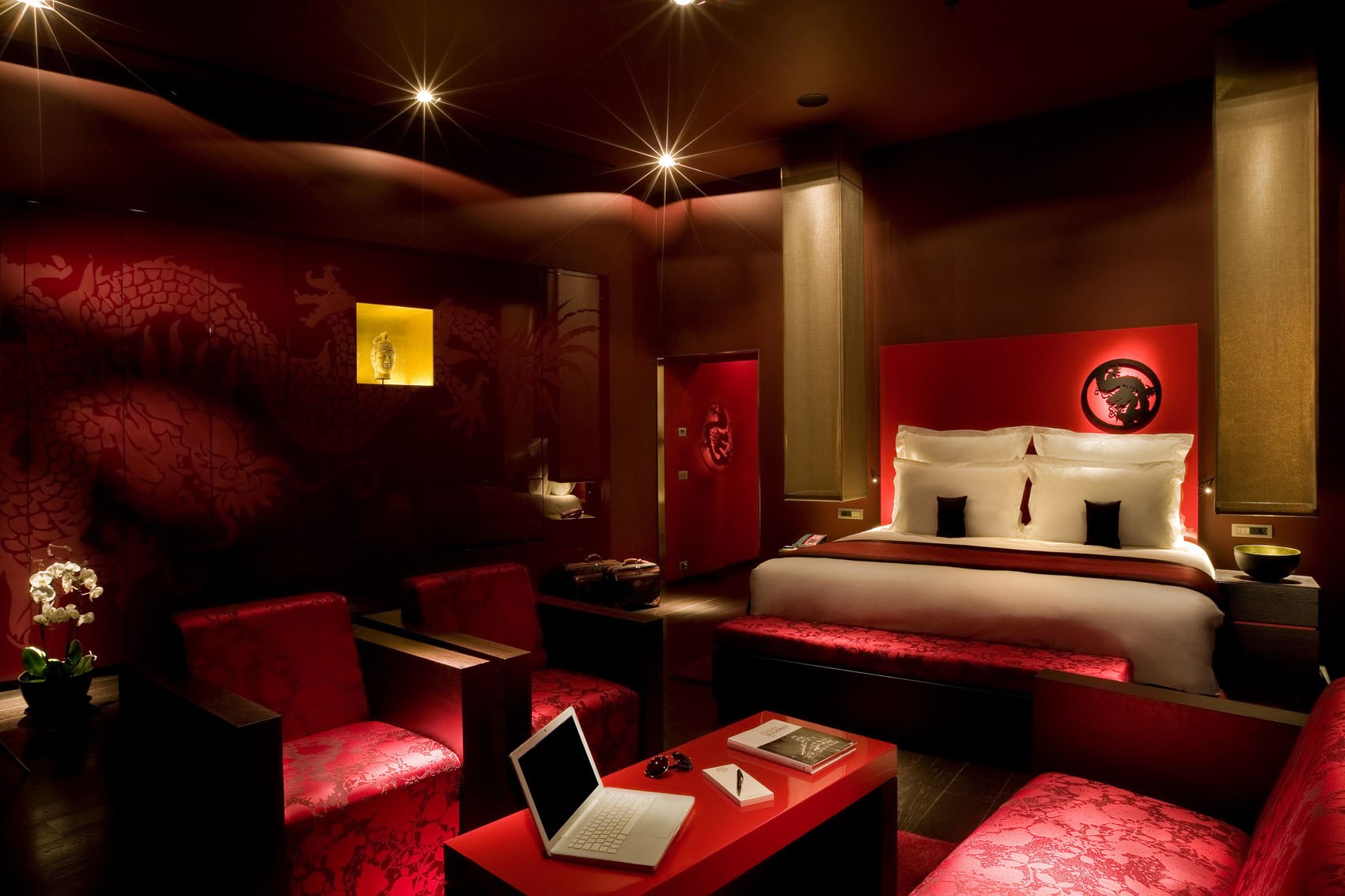 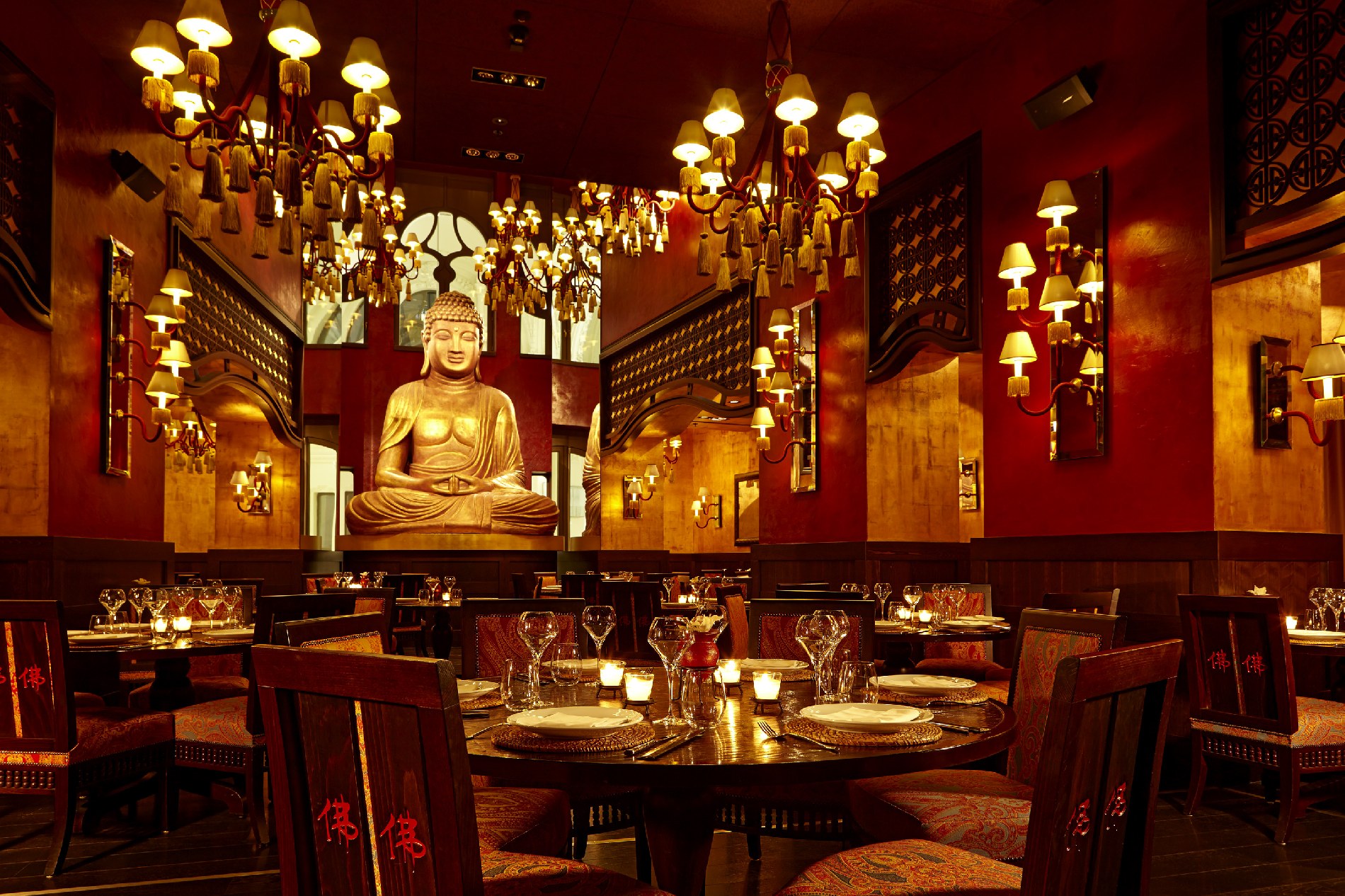 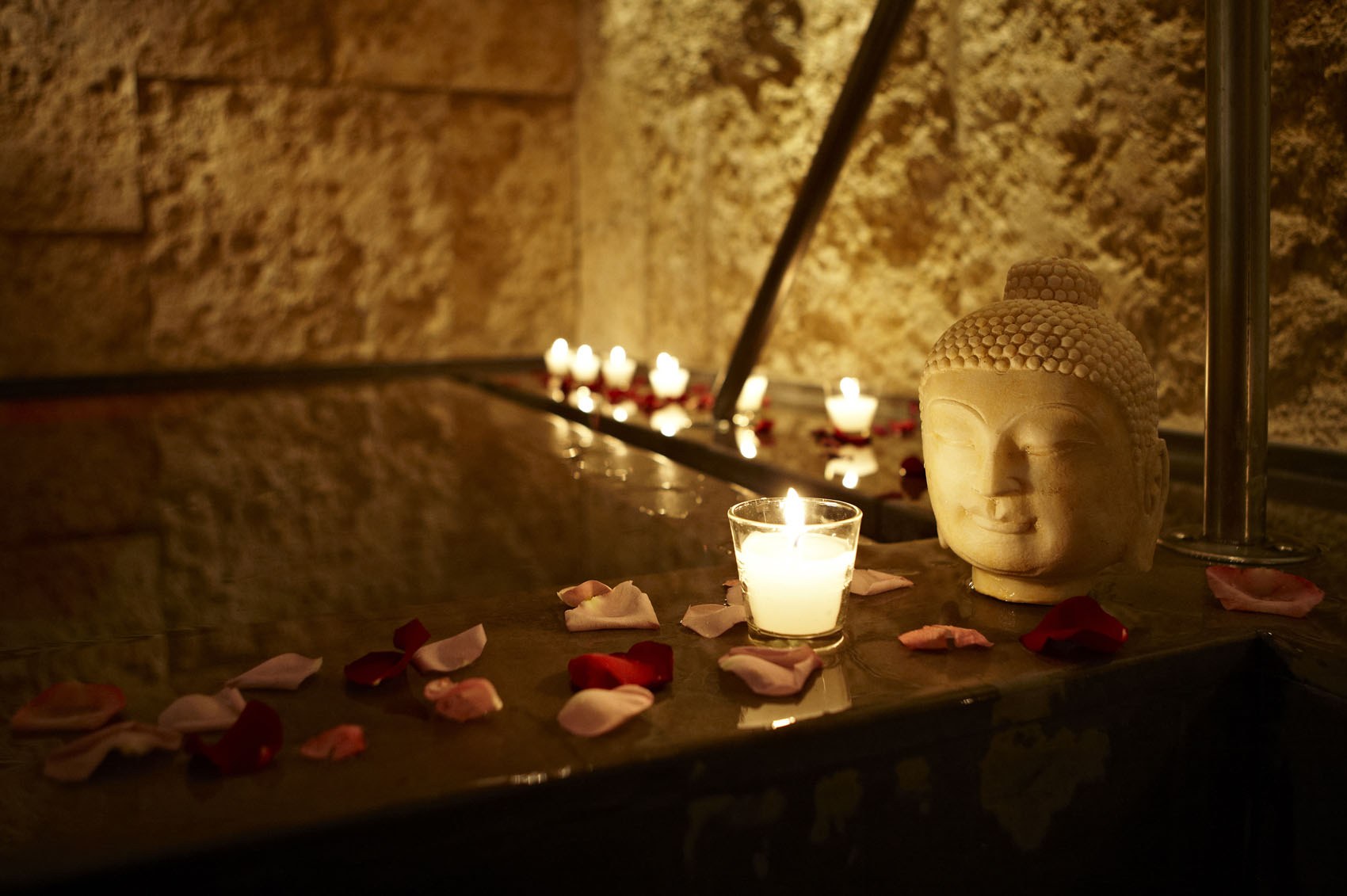 Ideally located on the corner of Váci Street in the very heart of Budapest, a more than hundred years old Klotild Palace is dressed up in a mysterious mix of far-eastern and colonial fashion, which creates a truly unique experience among luxury hotels of the Hungarian capital.

Buddha-Bar Hotel Budapest isn’t the largest hotel around, but with total of 102 spacious rooms and apartments, capacities of Klotild Palace are more than adequately utilized. The chic contemporary Asian-Colonial interior design expands through all of the rooms, including 27 luxurious suites.

Buddha-Bar Hotel Budapest Klotild Palace is truly unique experience among Eastern-European luxury hotels and a perfect place for anyone in search for something special and, at the same time, mysteriously wonderful.

Designed by Hungarian architect József Finta, five star Kempinski Hotel Corvinus Budapest added bold modernity to downtown Budapest since its very opening in 1992. Modern in design, but with a strong flair of classic luxury, this hotel is also well known for it’s distinctive collection of modern works of art, that adorn the common areas and rooms. 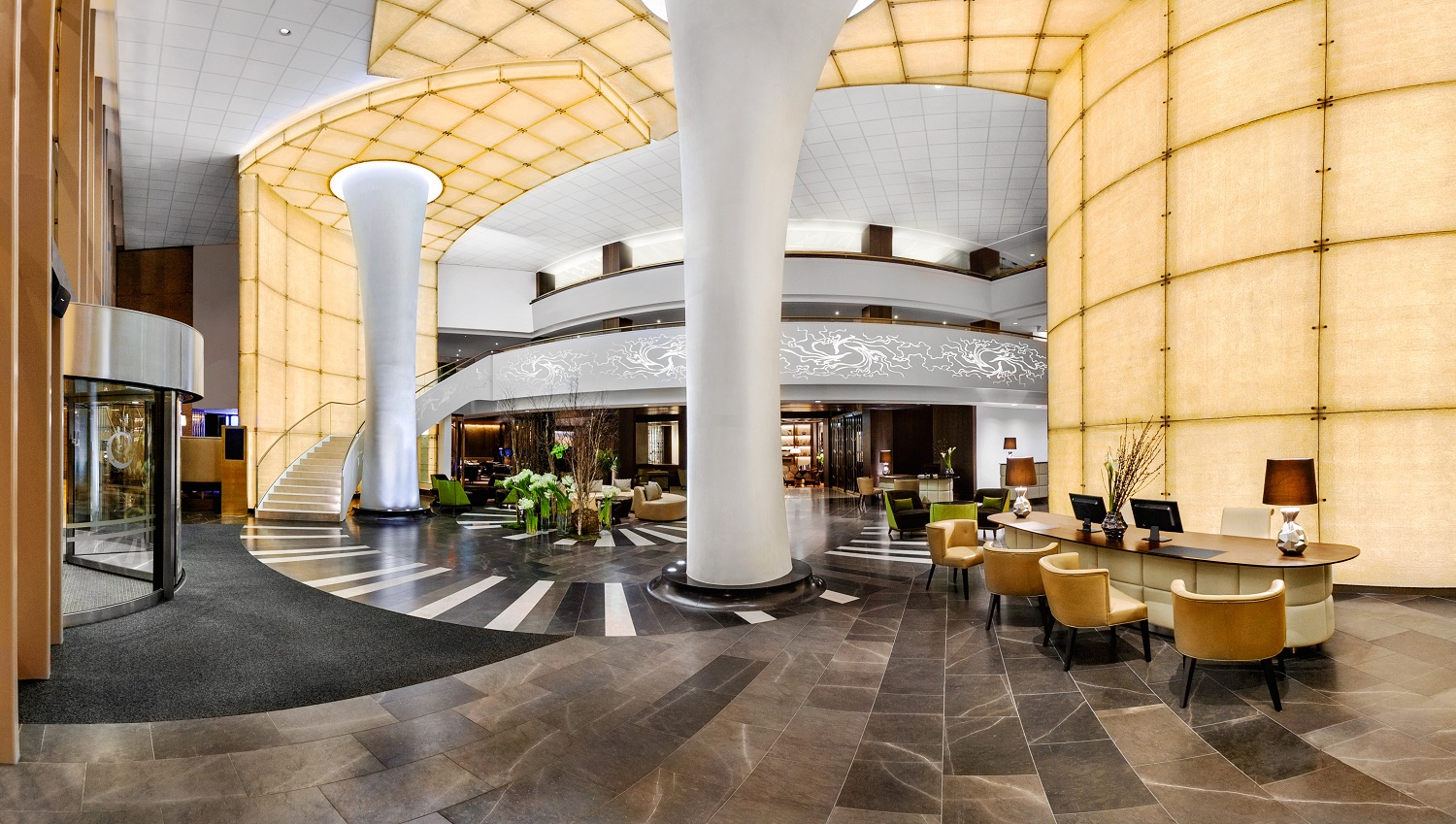 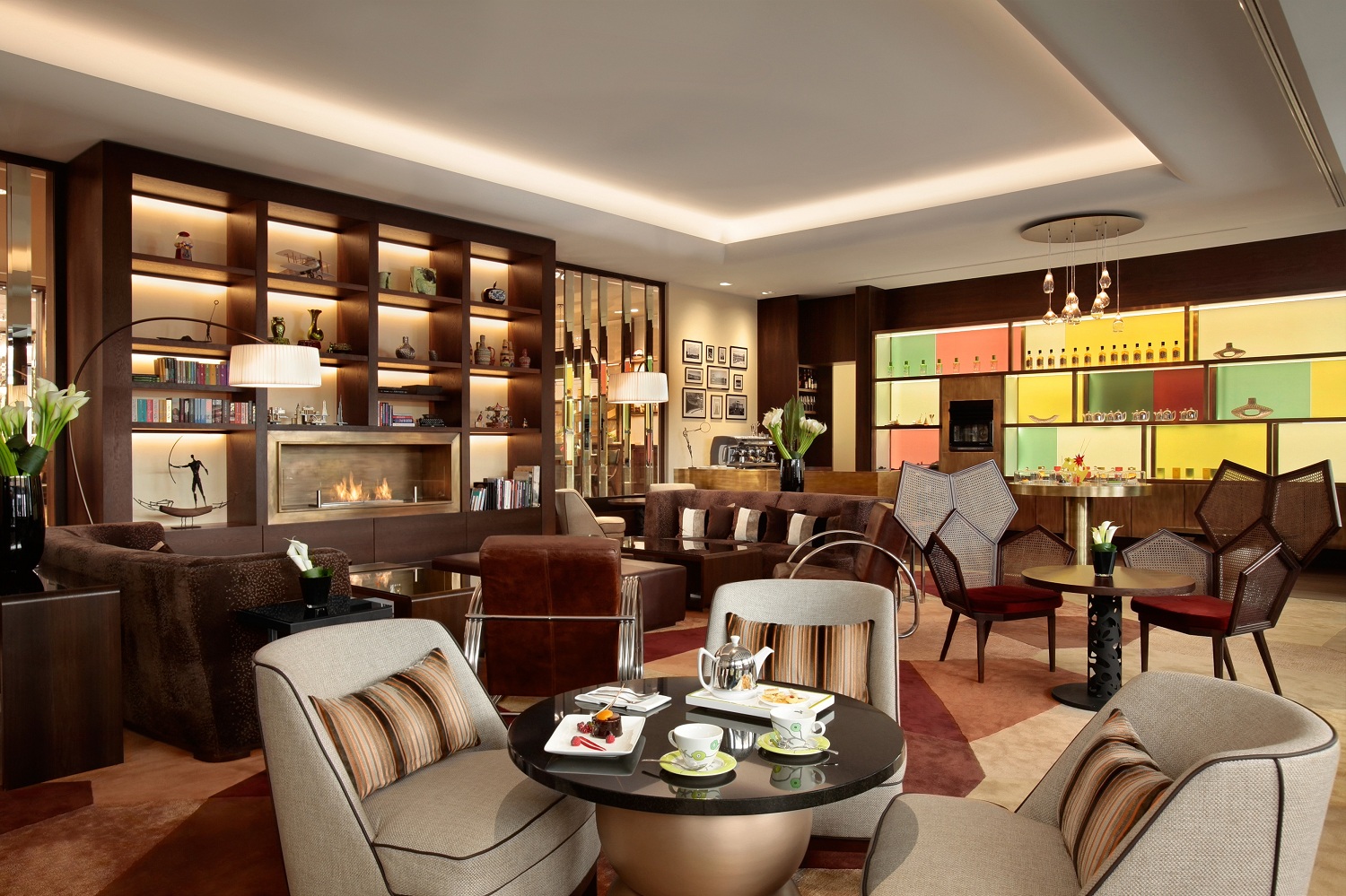 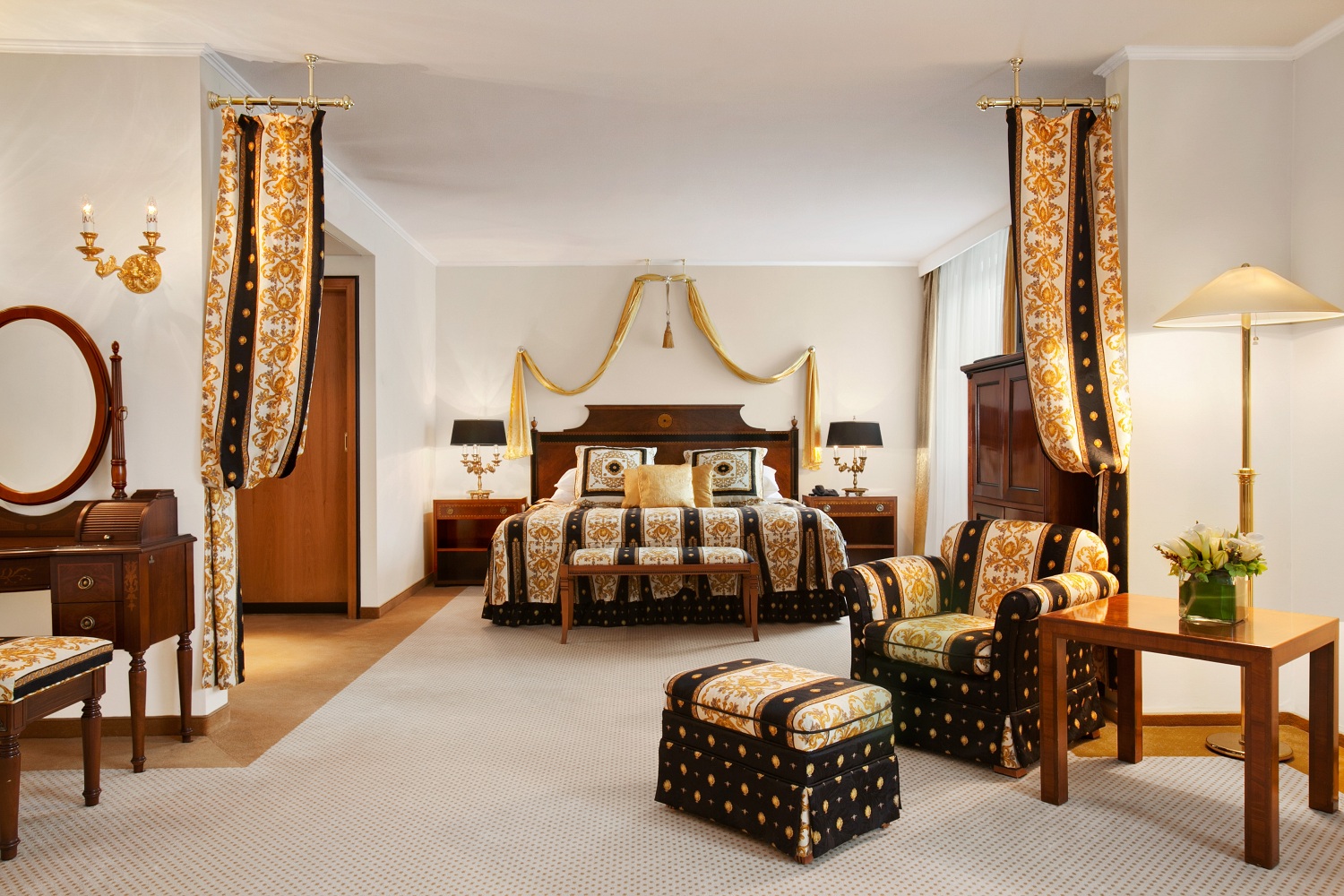 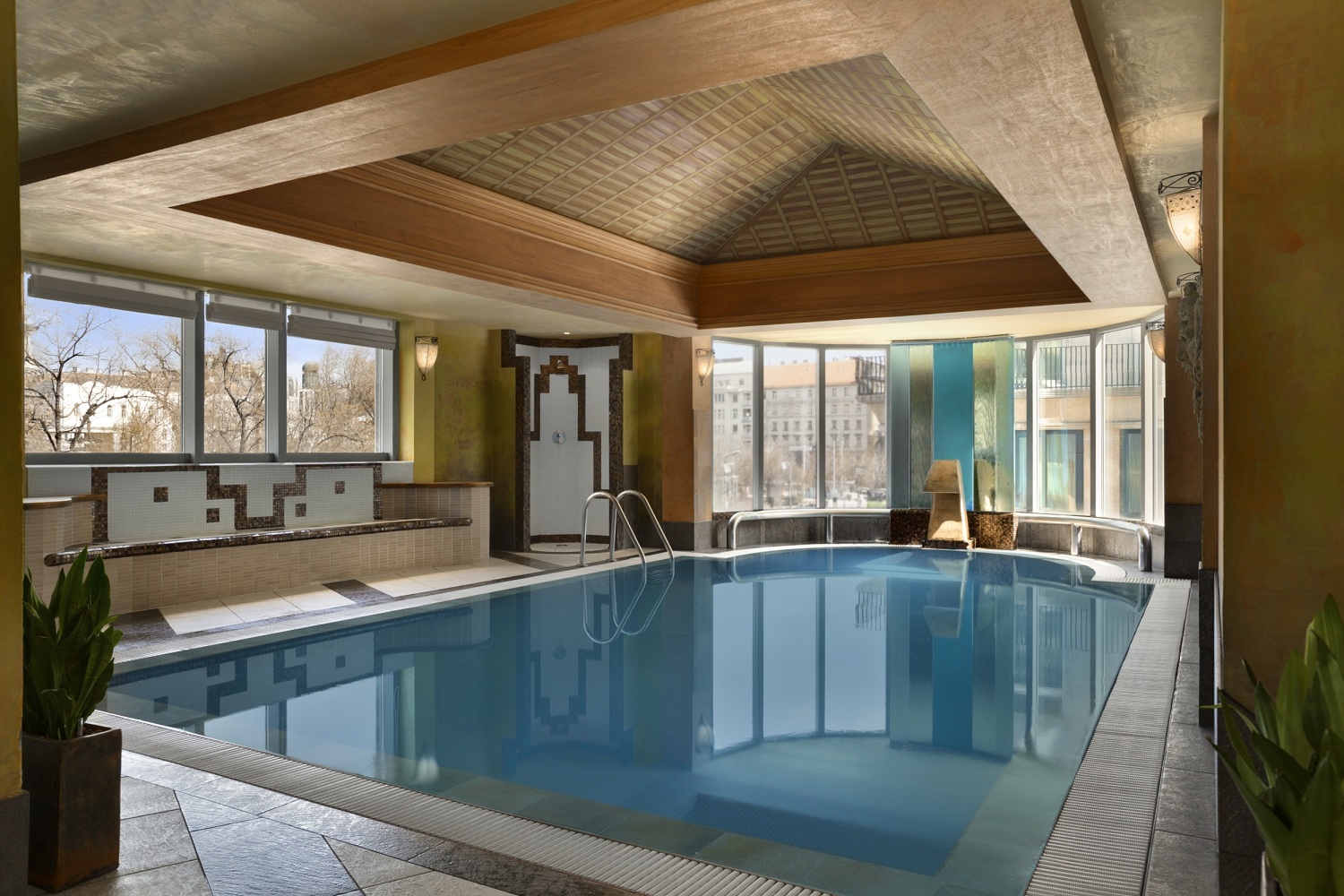 Managed by the oldest hotel group in Europe, Kempinski Hotels (founded in 1897), this hotel is without a doubt focused on the four pillars of group’s ethos – beauty, gourmet, culture and savoir-vivre. Speaking about that, hotel’s facilities include the first Nobu Restaurant in central Europe, with its signature offering of specialties of far-east combined with Peruvian dishes, thus creating unique gastronomic experience.

Kempinski Hotel Corvinus capacities comprise 349 spacious rooms and suites in total, 316 superior and deluxe rooms, and 31 junior and Parlor suites, in addition to two most prestigious offerings of this hotel – Presidential and Royal suite, each furnished in different fashion. Service is, of course, impeccable, as you can expect from five star hotel managed by prestigious chain. Skilled and kind staff will make your stay in the hotel as comfortable as possible.

Four Seasons Hotel Gresham Palace Budapest was opened in 2004, after five years of restoration. Four Seasons group did an outstanding job with this magnificent place, when they hired the best talent in Hungary to restore the building to its original splendor. 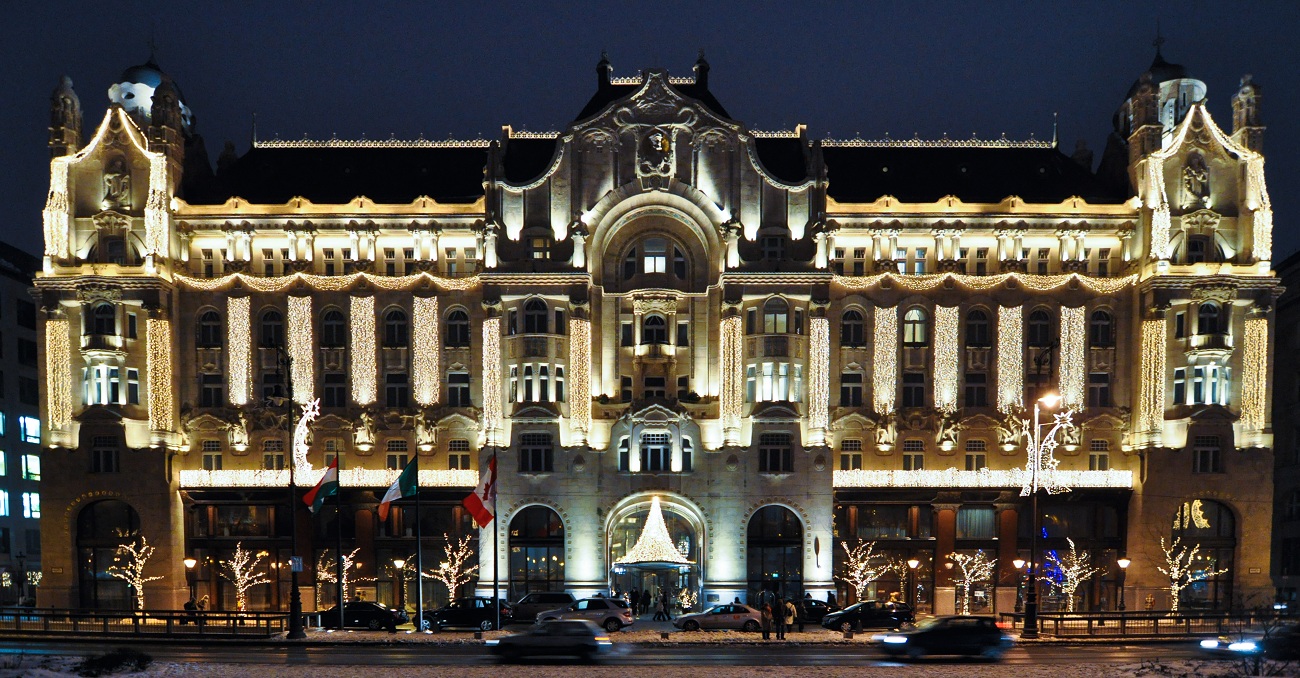 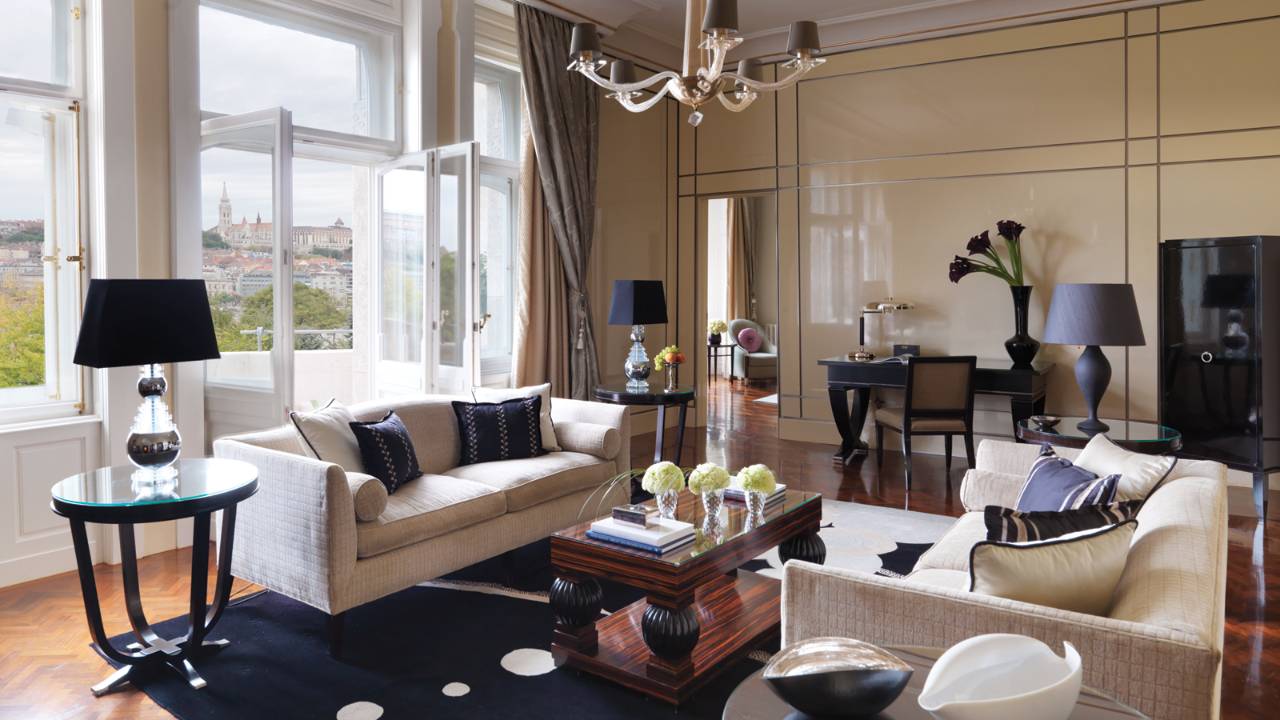 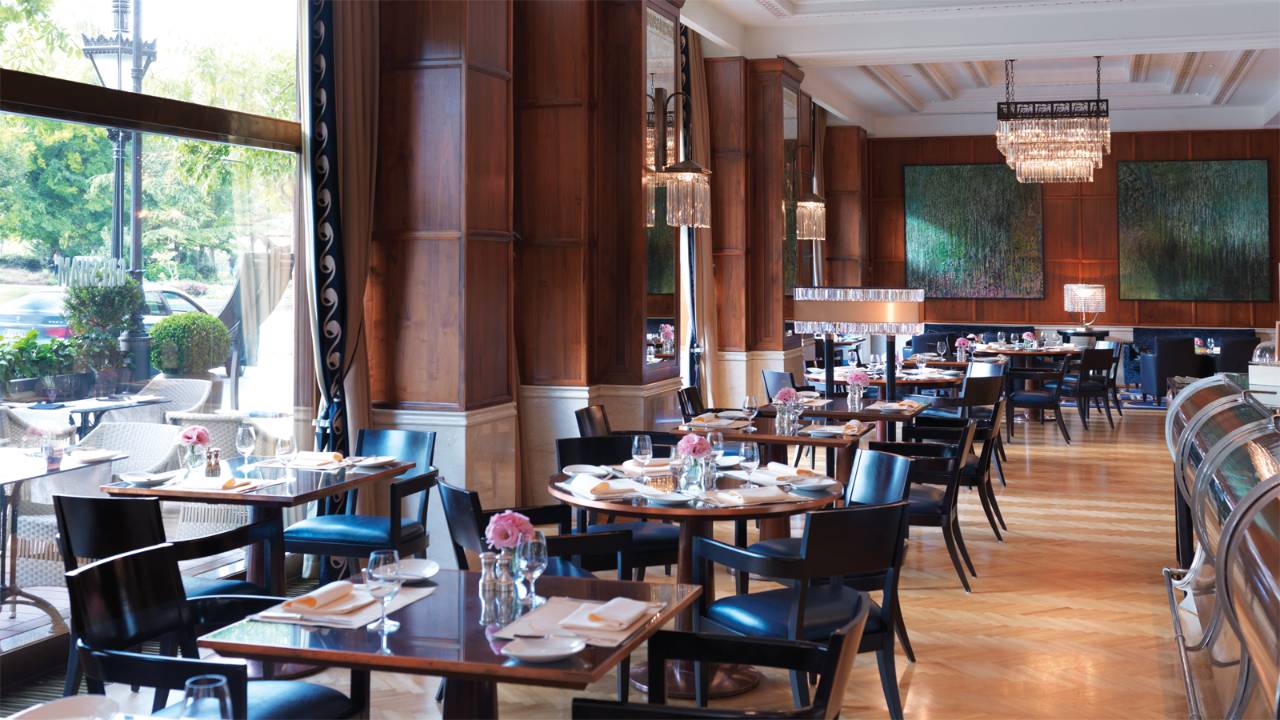 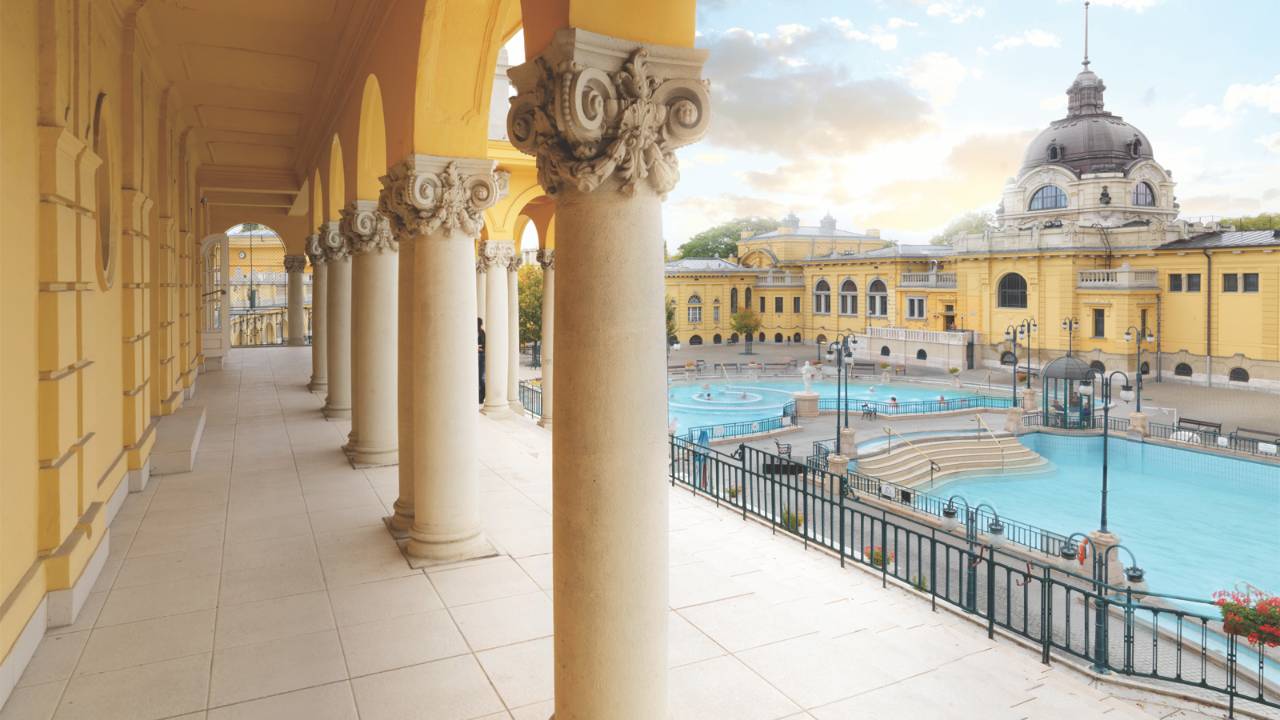 Some of the hotel’s outstanding features are a two million-piece mosaic tile floor, a grand, sweeping staircase, stained-glass floors, and a wrought iron elevator that have each been lovingly restored or replicated when preservation wasn’t possible. In the process of reconstruction, the hotel was also completely modernized, adding amenities like an indoor lap pool, spa, fitness facilities and all the latest internet and entertainment equipment.Its capacities comprise 179 guest rooms, including 17 suites.

The result of these artisans’ hard work and dedication is Four Seasons Hotel Gresham Palace Budapest, a historical landmark that combines the luxurious comforts of the 21st century with the elegance of the past – and it is without a doubt one of the best hotels in Budapest.

Where words fail, music speaks. Is there any better way to describe the new Aria Hotel Budapest, than through immortal prose of Hans Christian Andersen? I’m completely positive that the famous Danish author would be overwhelmed...

When I look at the design of Adidas’ bestseller, the first thing that pops to my mind is a legendary rap group Run DMC and their tribute song “My Adidas”, which was directly inspired by their trademark Superstar sneakers....

Last week my team and I visited newly opened artistic hotel Aria in Budapest. Every wing of the hotel is inspired by different music genre and what is even more interesting every room is related to a different artist. You may enjoy...