Home » SLAJDER » The magic of the new Les Bains

The magic of the new Les Bains

Back in the late 70s, New York had iconic nightclub Studio 54, a hip place populated by celebrities such as Michael Jackson, Mick and Bianca Jagger, Rod Stewart and Andy Warhol. In the early 80s, Paris got its own competitor for the title of the most star-studded nightclub in the world. Situated in more than a century old building, the one that long ago hosted none other than Marcel Proust in his search for a luxury bathhouse, this place suddenly became a place to visit for numerous artists and celebrities of that era. With such guests as Andy Warhol, David Bowie, Robert De Niro, Grace Jones, Jack Nicholson, Roman Polanski, Jean-Michel Basquiat, Yves Saint Laurent, Johnny Depp and Kate Moss and many, many others, this former bathhouse was destined to become an iconic place in its own right. There were other clubs in that golden age of Paris night life, but perhaps none of them were as era defining. 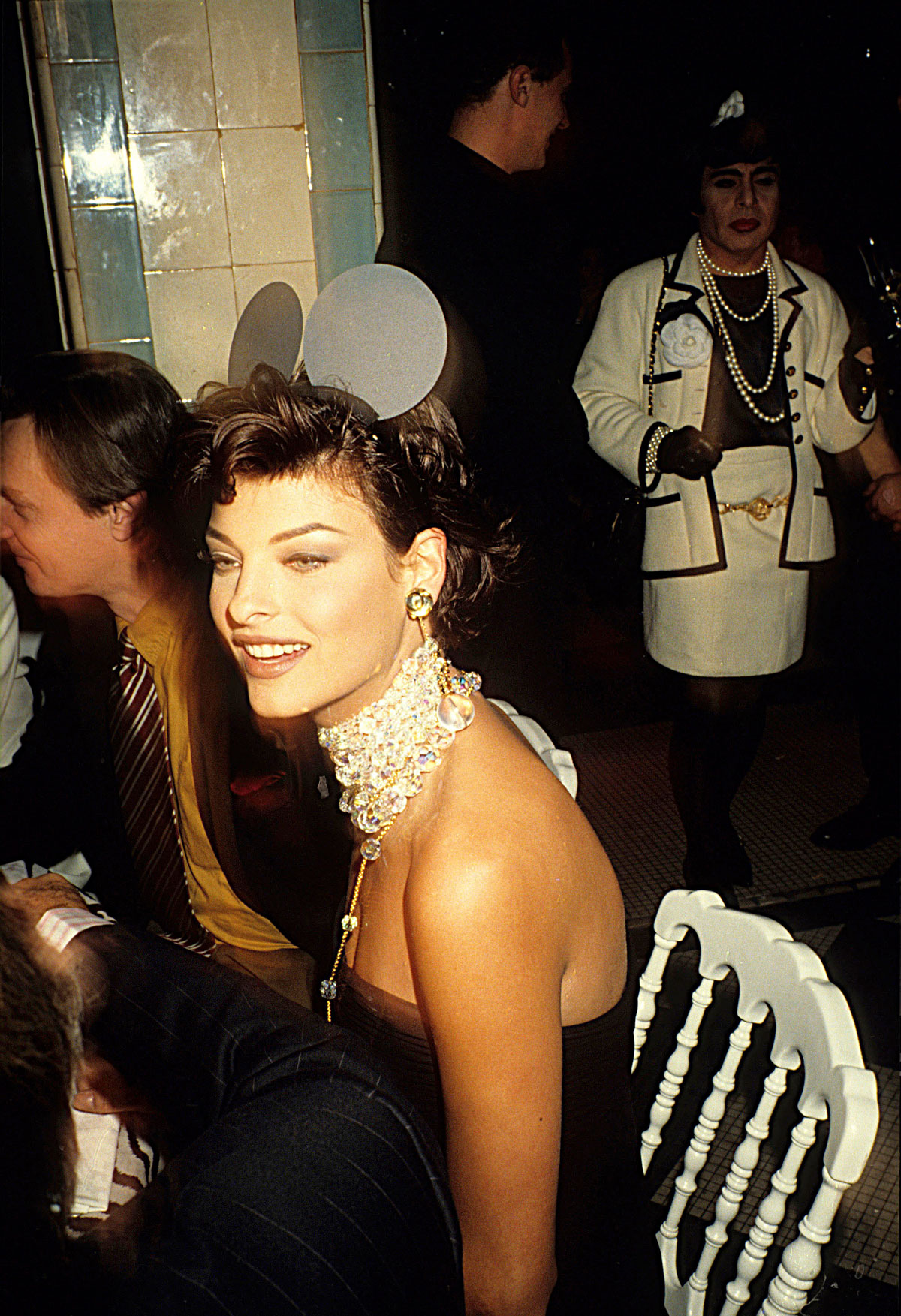 Two decades later, Les Bains was shut down, but not for long. Its current owner, well known movie producer and director Jean-Pierre Marois, saw the fantastic opportunity to make something slightly different, but also very lucrative and completely in the vein of the original place. And after four years of meticulous restoration, from the ashes of the old iconic nightclub, an exclusive boutique hotel had arisen. This August we had a chance to stay at Les Bains and we got to say it is a hotel unlike any other, and so much more. 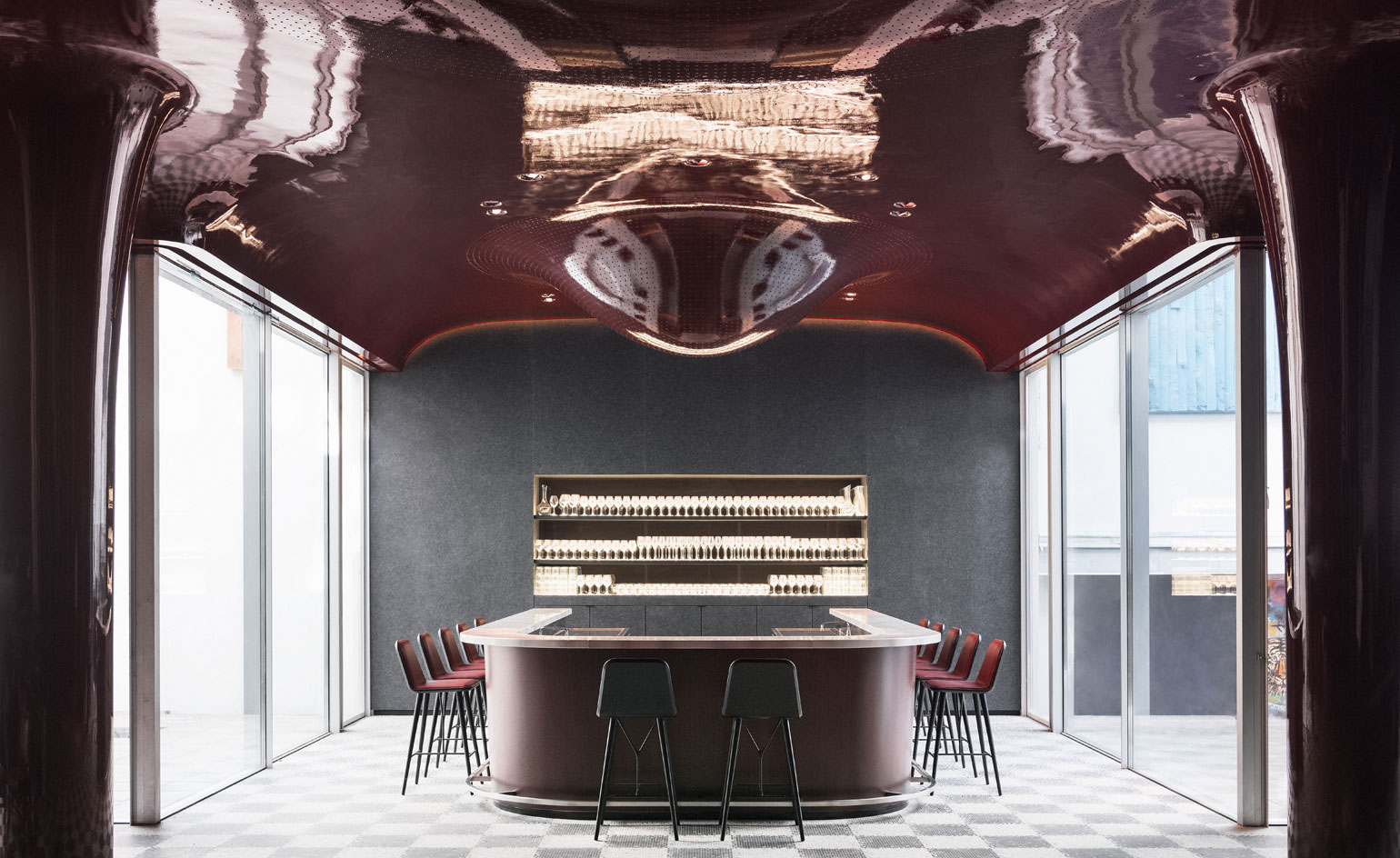 Design of Les Bains hotel is really something unique. Street mural on the wall and a graffiti in the garden will remind you again that you’re in the place that once was a meeting spot of the artists worldwide, and exploded disco ball, a work of Joachim Sauter, will definitely enhance that special feeling that you have while in it. What is interesting is that contemporary art found around the property is available for purchase. While walking through the lobby area and restaurant, you can still feel the atmosphere of the lavish parties that happened decades ago. Its tiled floor (former-Philippe Starck design) is the most obvious reminder of the original purpose of this wonderful place. It invites you for a dance to the rhythms of Rock & Roll, Punk and New wave and makes you lost in the thoughts of the Pop-art geniuses that visited this place on a regular basis. 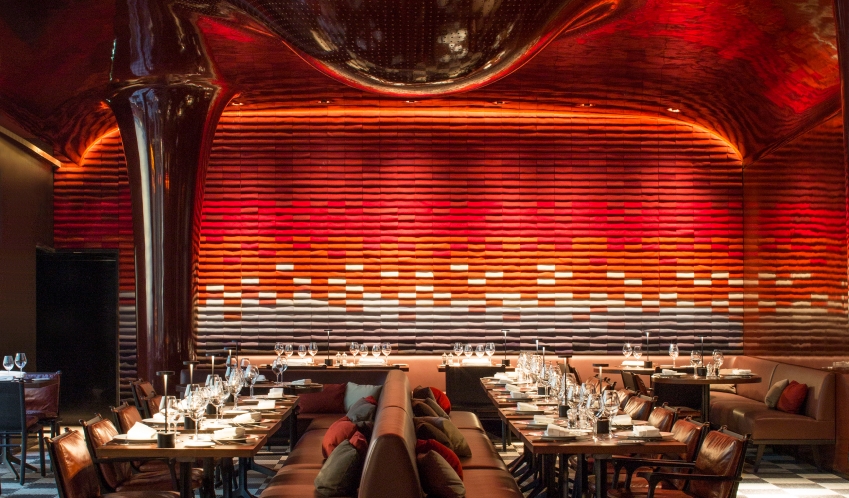 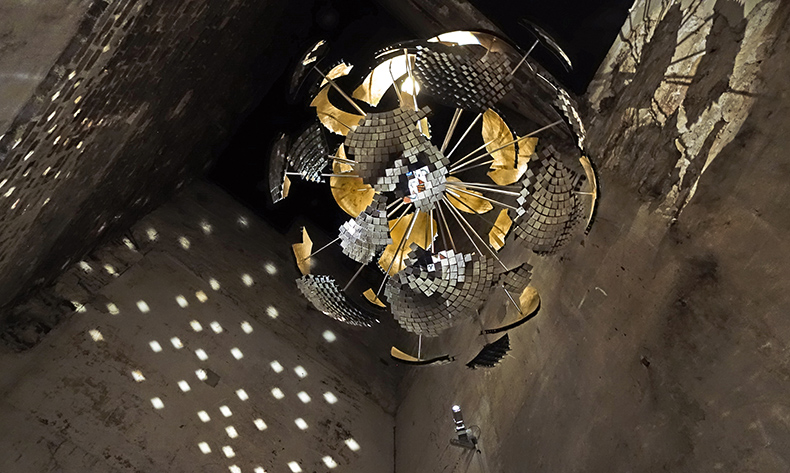 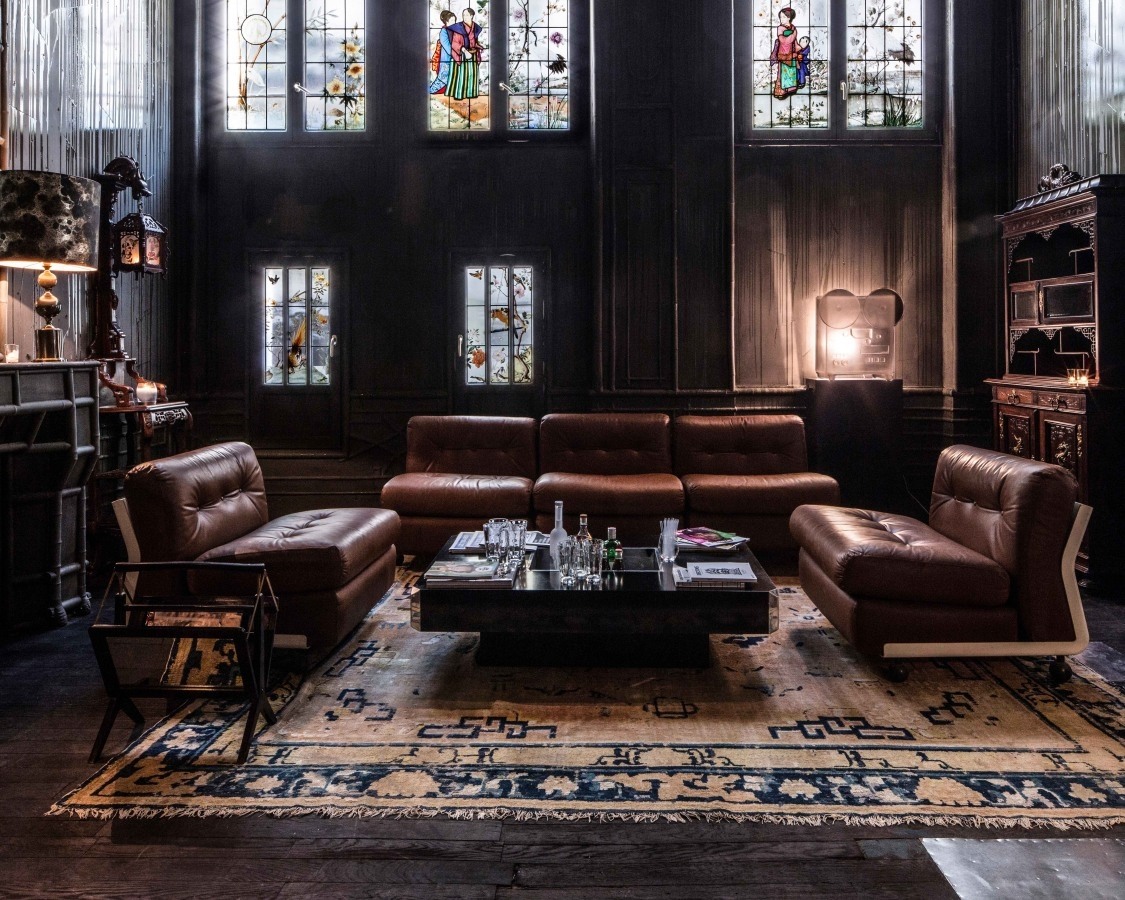 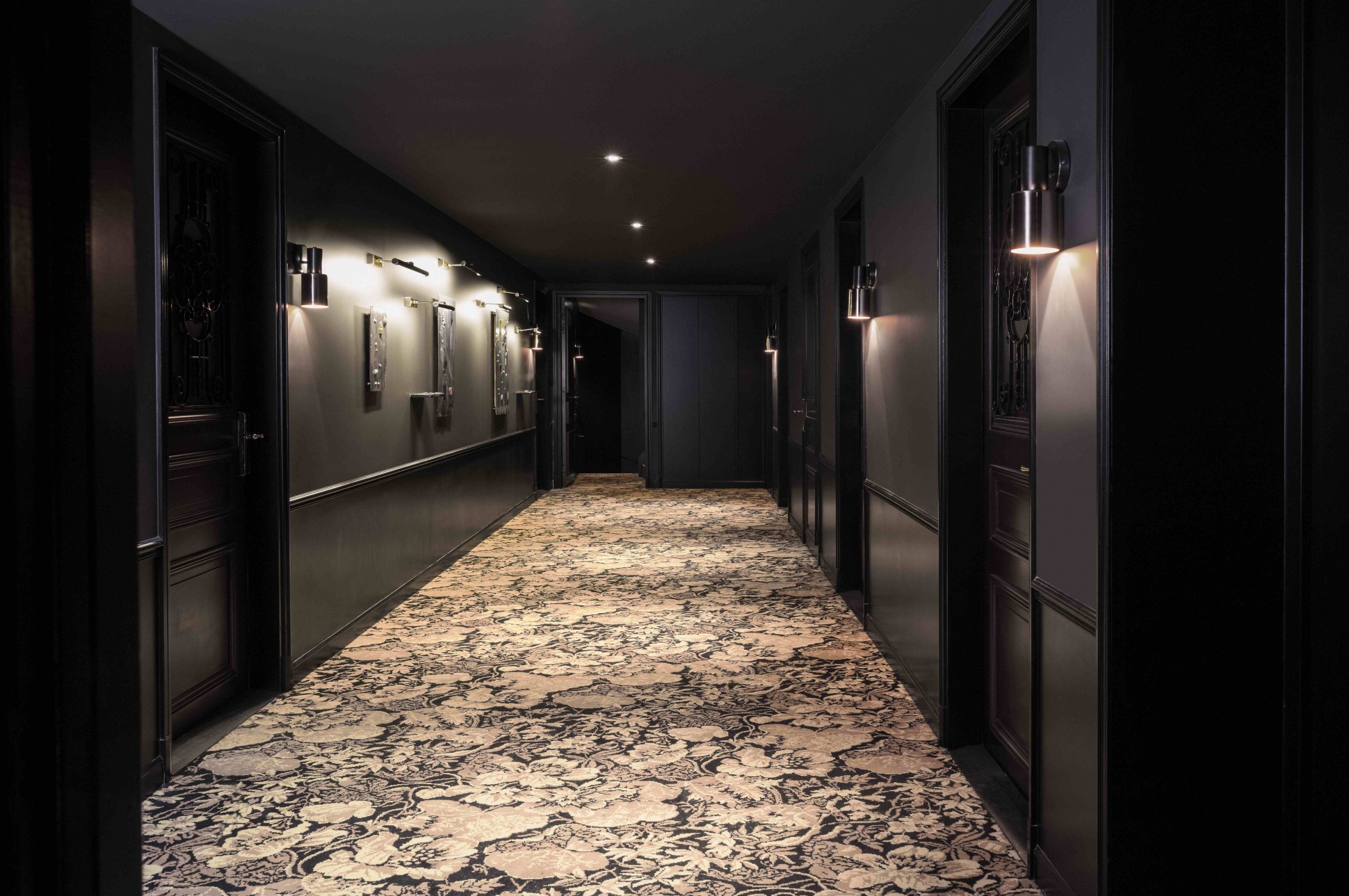 Hotel comprises 39 luxurious rooms, all designed in contemporary style with clever cues that lead visitors to unmistakably recognize strong artistic influence. This is a type of hotel that Andy Warhol would approve.The interior designer Tristan Auer (who is currently restoring the Hôtel de Crillon) has furnished the rooms with rust-red velvet sofas modeled after the one in Andy Warhol’s Factory and other custom-crafted furniture, and suites have outdoor showers and private hammams. Most rooms at Les Bains boast a balcony, if not a full private terrace equipped with a dining table that’s perfect for private dinners with the in-house chef. Rooms are spacious and bright, staff is friendly and professional and atmosphere all around is cozy and inviting. 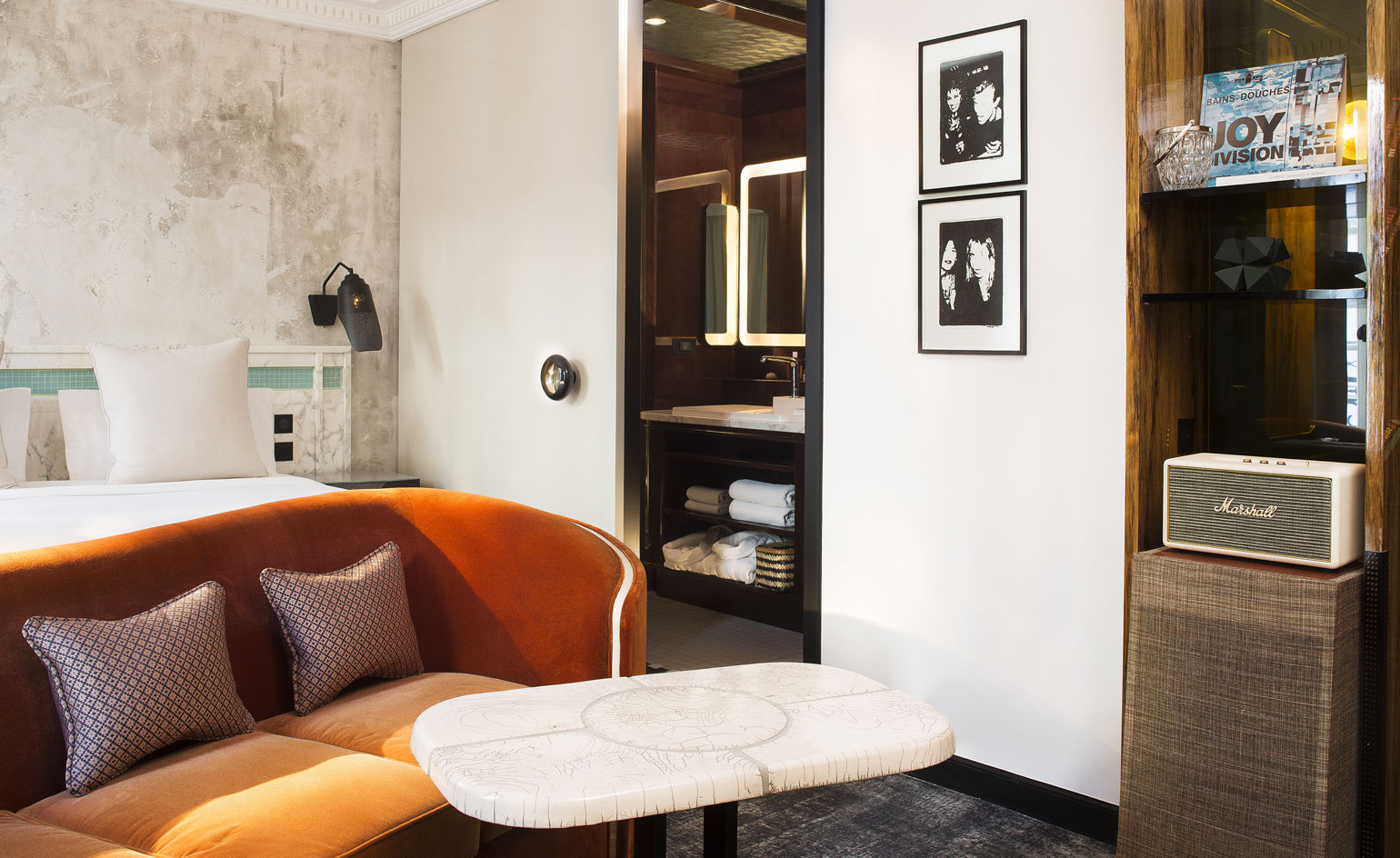 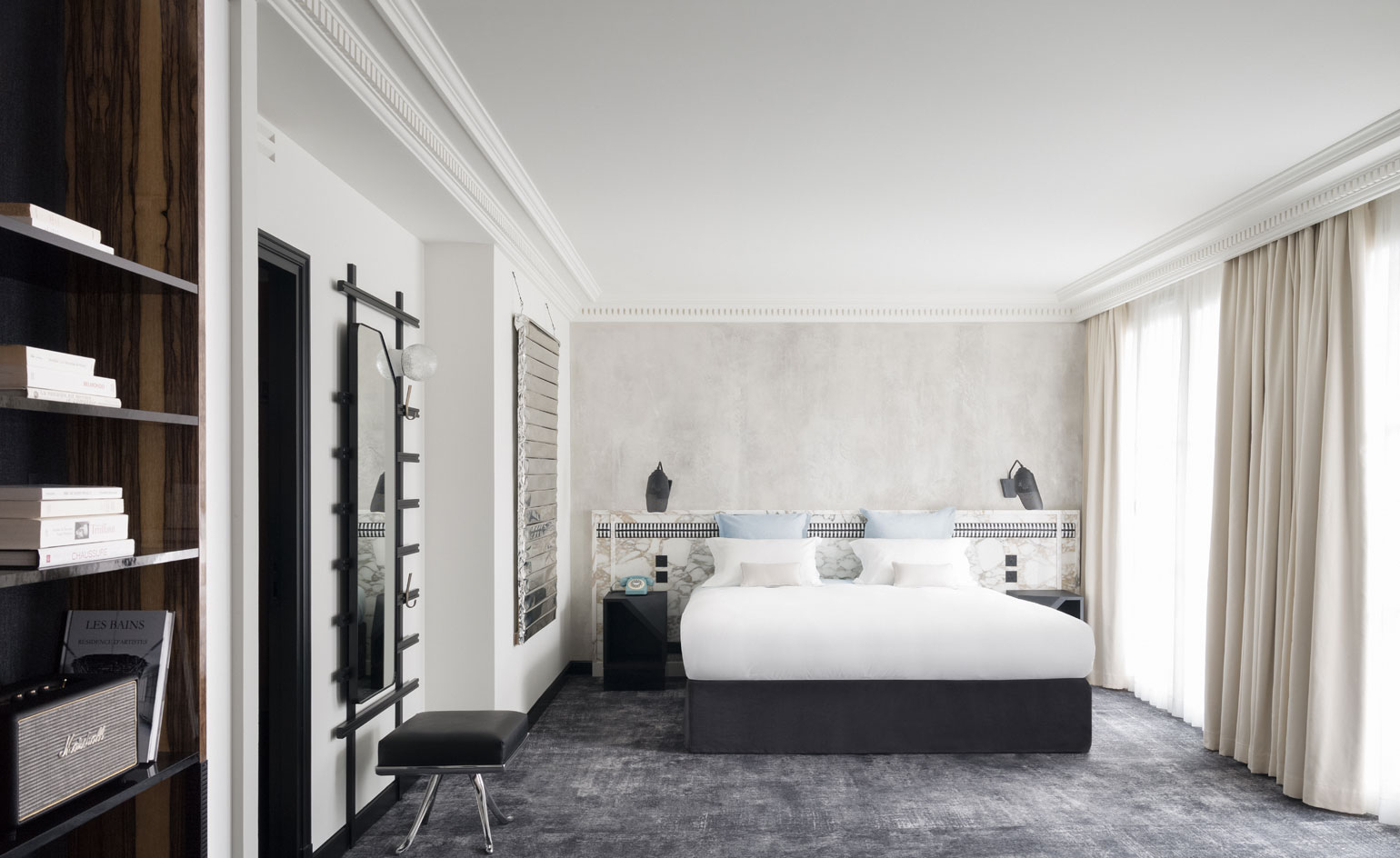 Les Bains (The Baths in English) was first and foremost a bathhouse. Now, it’s the hotel’s spa that draws biggest attention. Not without a reason, because thermal swimming pool is simply fantastic. It offers numerous possibilities, from sporty and recreational activities to pure relaxation and hydro-massage. 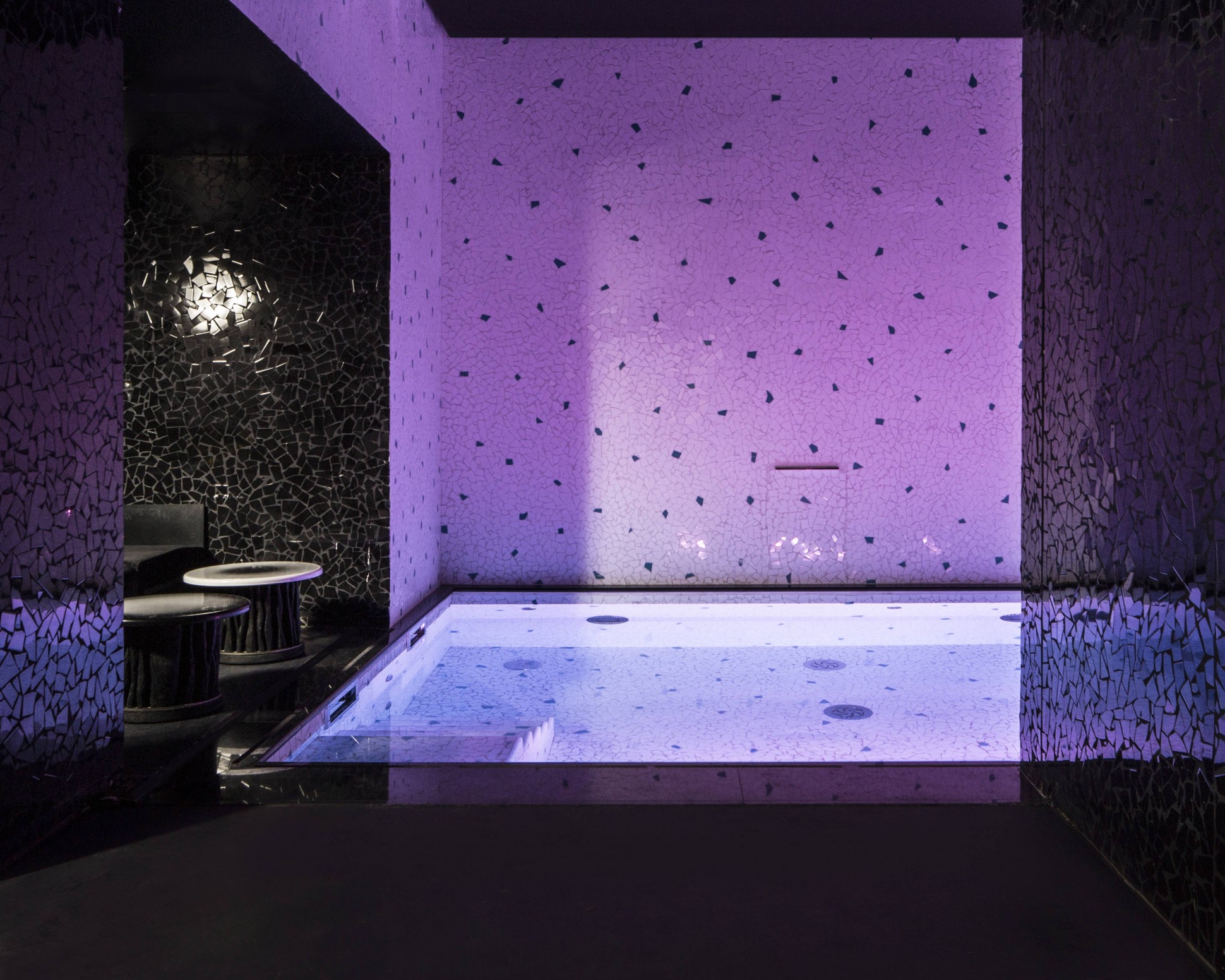 Just a few days before the reopening in March, Les Bains opened its doors to Dior and Raf Simons that came to celebrate the presentation of the Autumn-Winter 2015-2016 collection. Over a dinner followed by the first party of Les Bains 2015, the guests could enjoy music and feel the well known vibe of this iconic place. After the opening the old regulars like Roman Polanski and Jean-Charles de Castelbajac started coming back again, and Les Bains is already among the hottest spots in town. 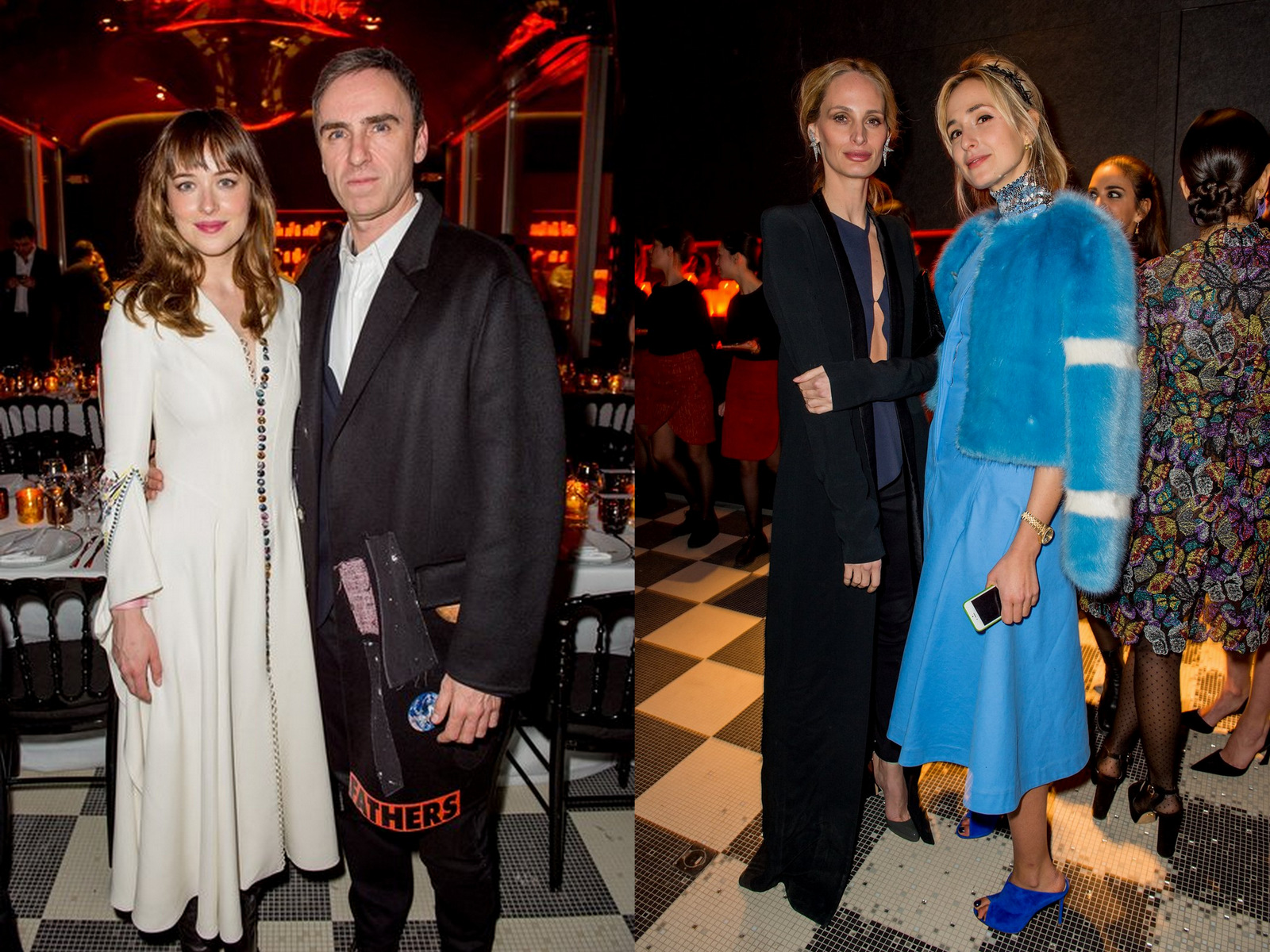 Les Bains Paris is ready to rewrite its history as a luxury hotel, restaurant, cocktail bar and nightclub.

A longstanding signature within Gucci’s collections, ‘The Jackie’ experienced a well-chronicled rise to icon status on city streets. It is precisely in this context that Dakota Johnson finds herself in the latest Jackie...