Home » SLAJDER » Récamier Hotel Paris: The most stylish hotel in the 6th arrondissement 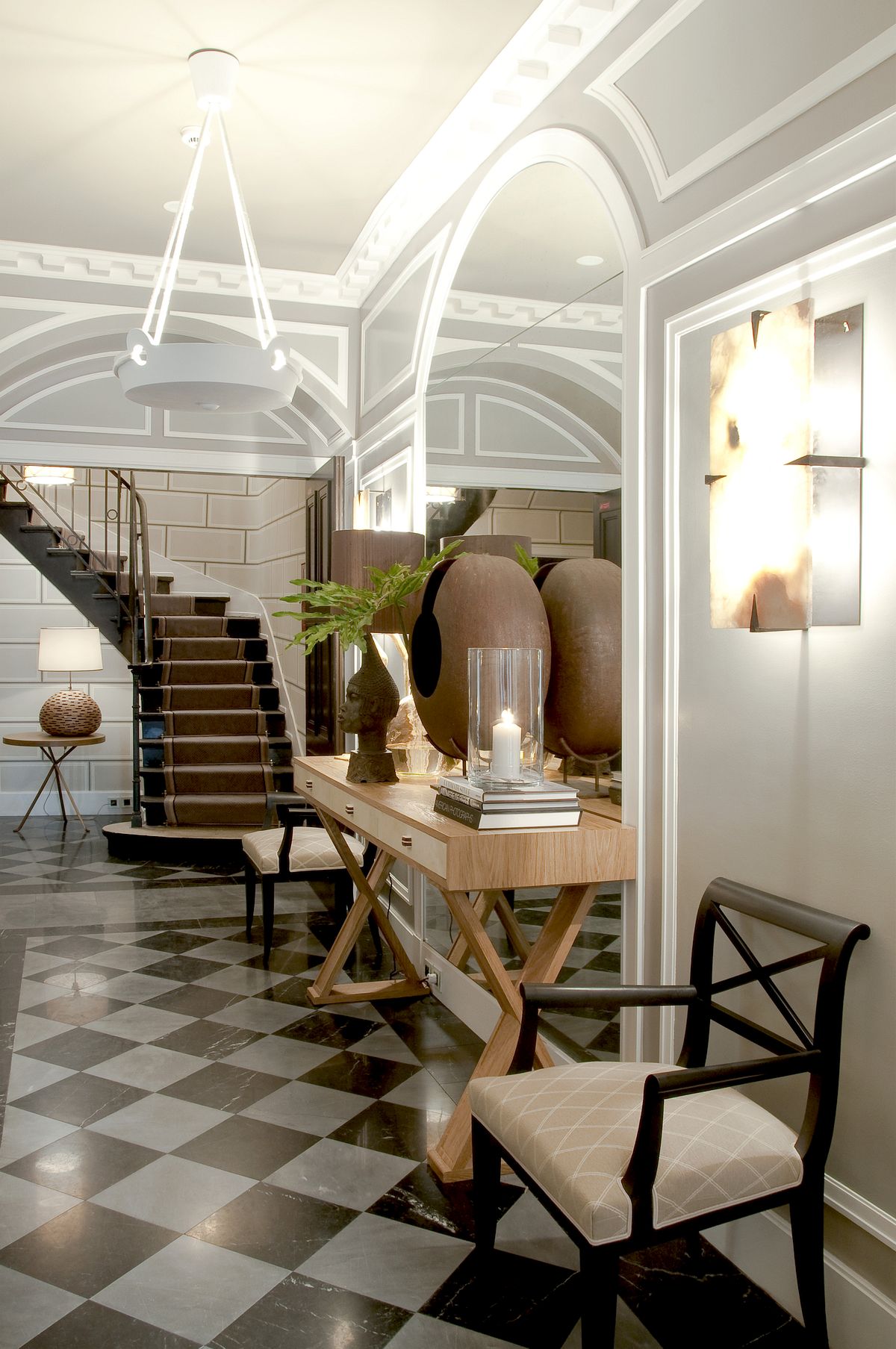 A dazzling heritage- breathtaking architecture, numerous monuments, museums and art galleries, all spiced up with legendary mischievous French spirit, make Paris an undisputed tourism capital of the world. The City of Lights is also known as the home to many luxury hotels, mostly situated in glamorous palaces and historic Haussmanian buildings with timeless charm. These pillars of Parisian hospitality sort of exist in a world of their own, a world that evokes a distant Era, when royalties and artists alike inhabited their premises. In the middle of St. Germain des Pres, that beating heart of Rive Gauche, we discovered Hotel Récamier, one of those special places that doesn’t have to be a palace to make you feel like you are tucked inside one. 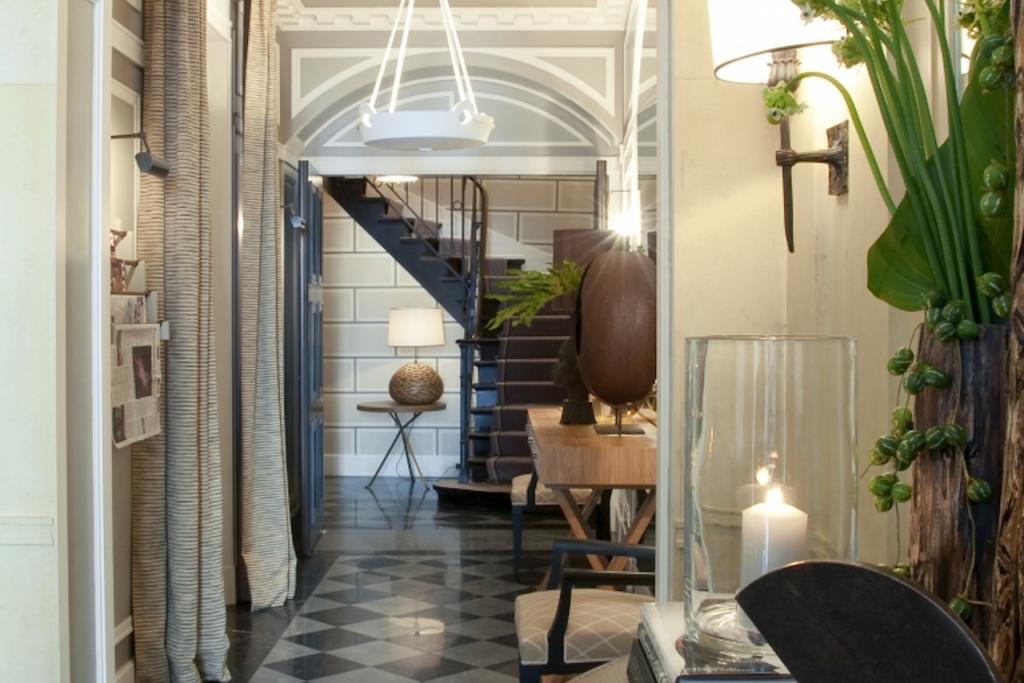 The hotel owes its name to Madame Récamier, the famous muse who inspired the work of numerous writers and politicians in the 19th century. Its elegant building that once belonged to a French Bourgeois family was renovated by architect and interior designer, Jean-Louis Deniot, into one of the most stylish hotels in the 6th arrondissement. The hotel is owned by Sylvie de Lattre (a former property developer)– who also owns Hotel Thérèse next to the Louvre museum.

If design of this hotel had a name, it would be Chanel jacket: elegant, sophisticated and timeless. Its interesting blend between traditional French style and various ethnic details make this place so unique- African art, heavy fabrics such as chenille and velour come together here. It is luxurious, but not ostentatious in any way.

Récamier boasts 24 highly sophisticated rooms, each one different from another. The furniture and accessories are hand-picked and rather individual. Wrapped in a clever combinations of Art Deco and African motifs, these little havens are not only wonderful places to be, but also perfect starting points for the city explorations. Our room was situated on the sixth floor. It revealed a warm color palette of chocolate, cream and beige, with a canopy over the bed, an ornate mirror and tactile wallpaper. 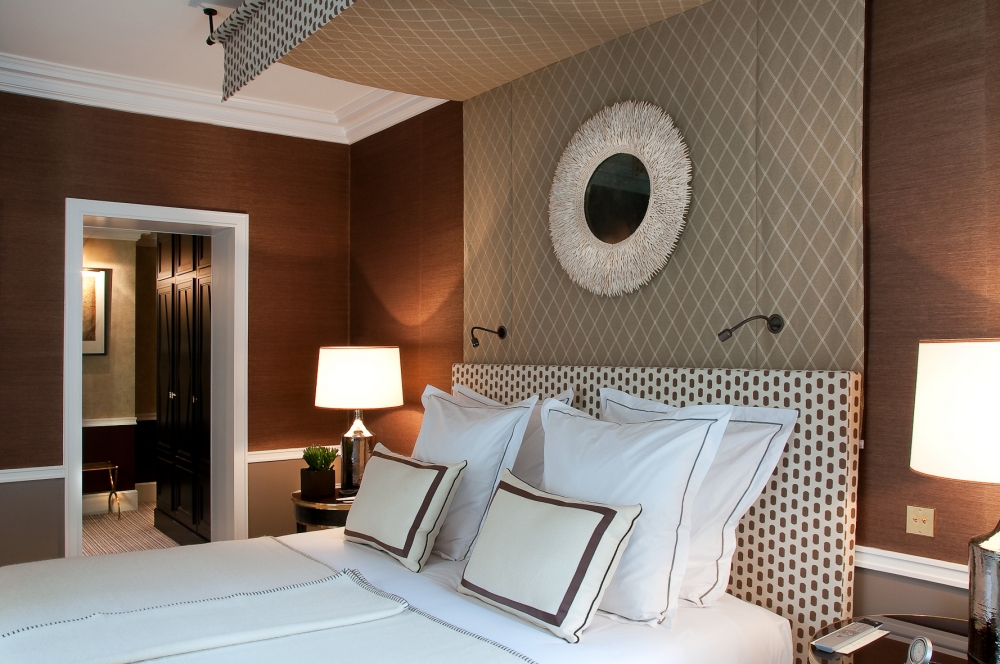 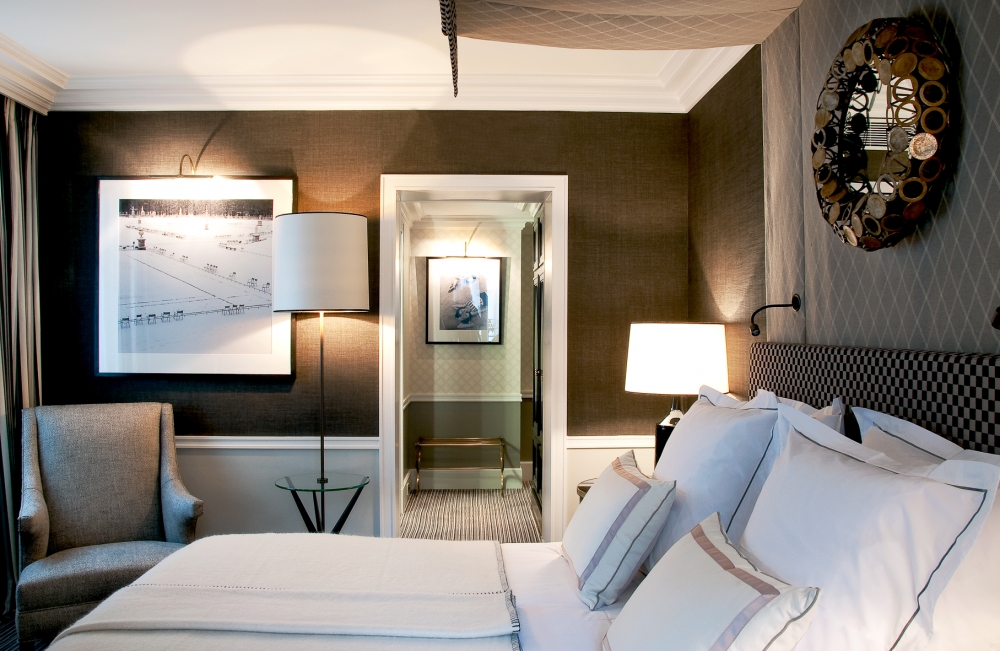 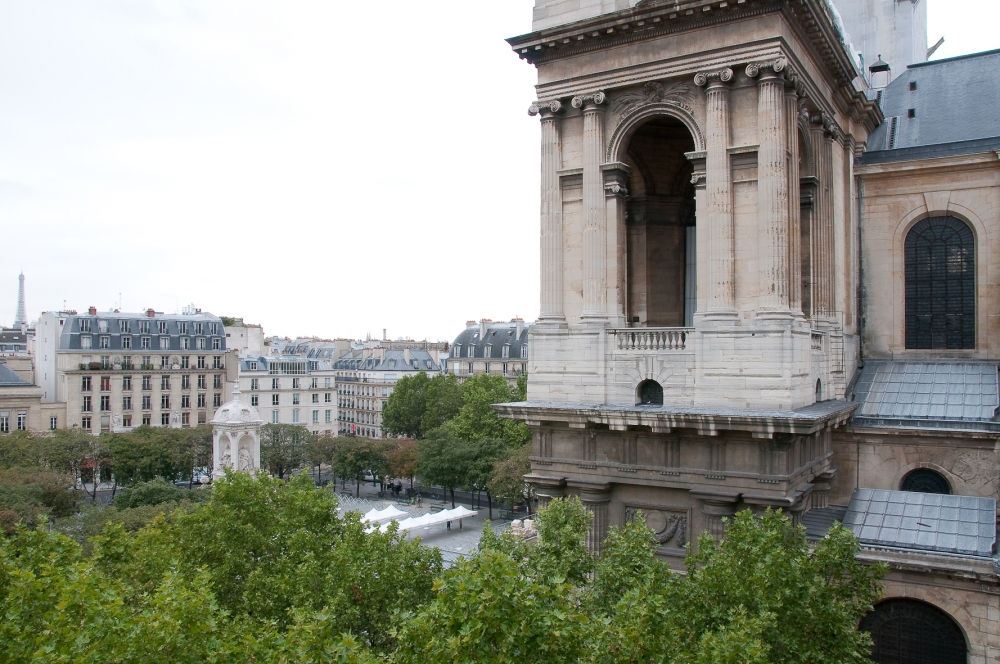 Impressive view at the Eglise Saint-Sulpice, the city’s second largest church, only slightly smaller than Notre-Dame

The level of hospitality and professionalism in Récamier hotel is simply outstanding. The staff is pleasant and knowledgeable, and they made our stay even more memorable. The atmosphere inside the hotel is very calm, but yet cosmopolitan thanks to international clientele and interesting décor. 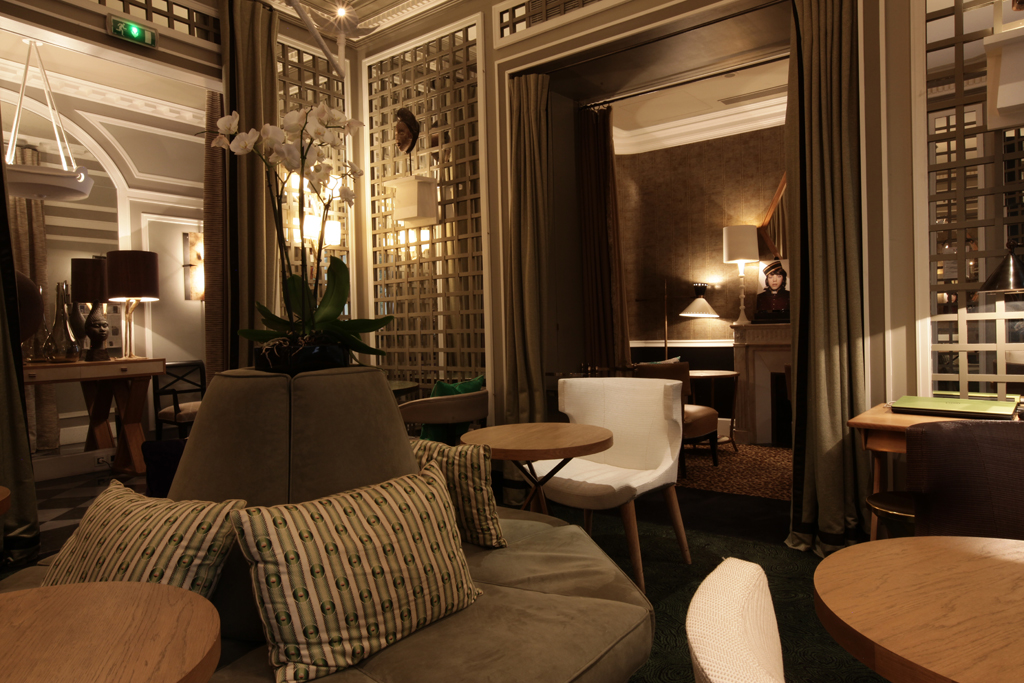 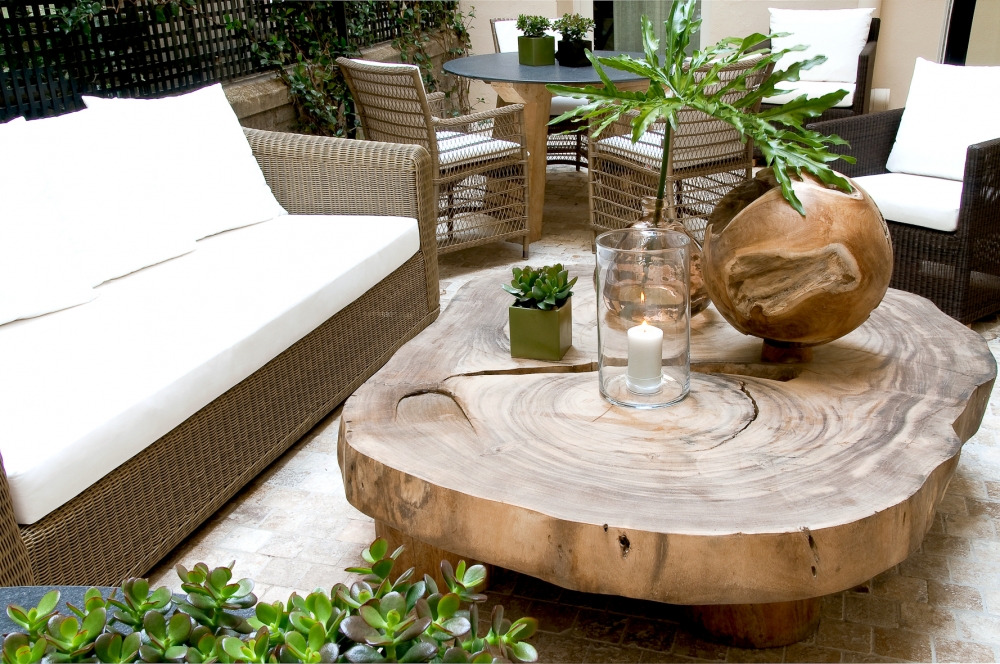 Our mornings and evenings here were reserved for the Parisian iconic cafes- right around the corner, down the rue Bonaparte we met again Café de Flore, Deux Magots and brasserie Lip. We had endless walks in Jardin du Luxembourg- inspired by the Boboli Gardens in Florence, and we even found all the movie locations from Woody Allen‘s iconic movie “The Midnight in Paris”. The famous church steps are at Saint-Étienne-du-Mont Church, Place de L’Abbé Basset. These steps are around the corner from the main entrance on the Rue Sainte-Geneviève that faces the Panthéon. The bookstore Shakespeare and Company is at 37 Rue de la Bûcherie. Gil meets Ernest Hemingway in Polidor, 41 Rue Monsieur le Prince. The Polidor is one of the most popular restaurants on the Left Bank. Its interior has basically unchanged since the late 19th century, and the style of cooking is mostly from that era. It was frequented by many famous artistic and literary figures such as James Joyce, Ernest Hemingway, Antonin Artaud, Jack Kerouac, and Henry Miller.

After our mandatory endless walks throughout different neighborhoods, hotel Recamier always waited us in its serenity, ready to give us a piece of our personal Parisian heaven, with Eiffel Tower lurking in the distance. And when the night falls, we patiently waited for this dreamy colossus to spread its bright lights over the dark Parisian sky, lost in thoughts of some different, yet possible future, where Paris is not just a glittery dream of many summer nights, but a living and breathing, pulsating reality.