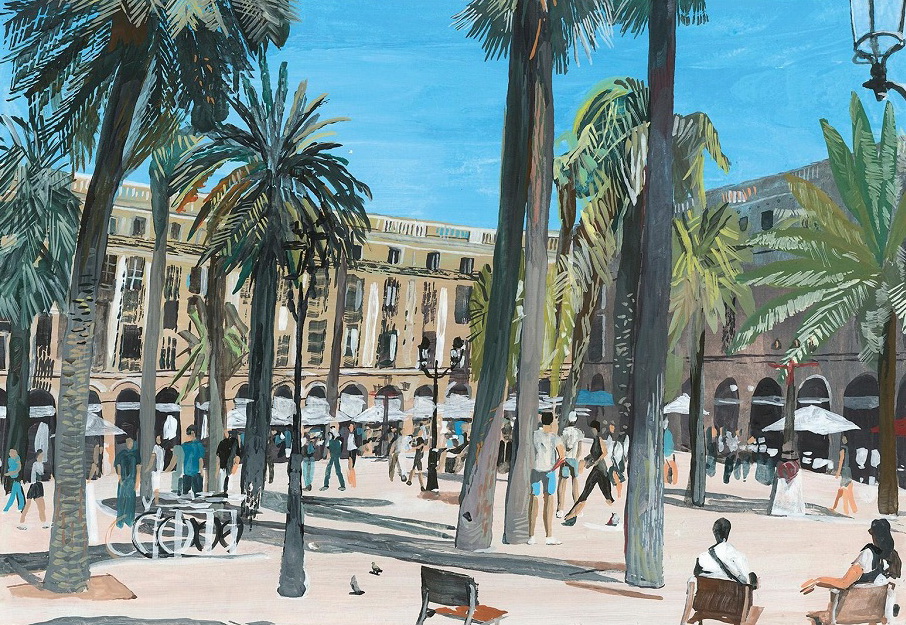 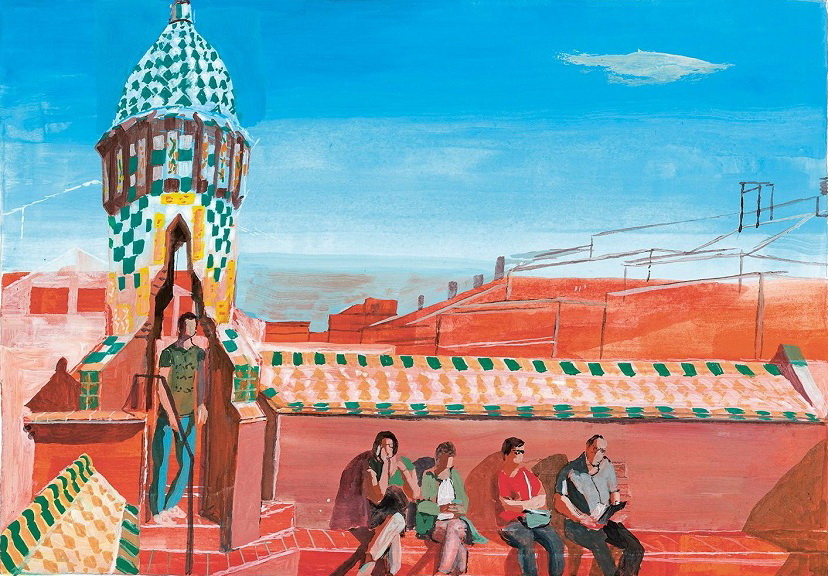 Primarily known for his drawings and paintings, Desgrandchamps’ influences come from multiple artistic disciplines, including Italian cinema or the French ‘nouveau roman’ literary genre. Working with the effects of transparencies and building his pieces little by little, Desgrandchamps transports his viewers to a universe outside time, lulled by the fluidity of hues. For his Louis Vuitton Travel Book assignment in Barcelona, Desgrandchamps brought a methodical and almost ethnographic approach, rendering the Catalan capital in translucent tones and populated with ephemeral beings. 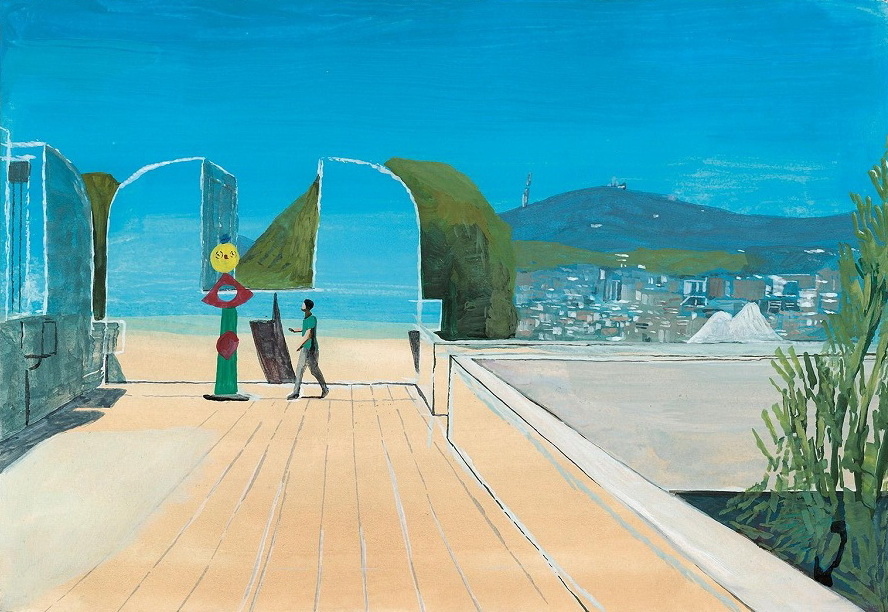 “My work is not narrative, although I wouldn’t say that the concept is entirely absent. It’s like when you’re watching someone strolling down a city street or a car whizzing by. Nothing is happening, and yet it’s the beginning of a possible story,“ said Marc Desgrandchamps. 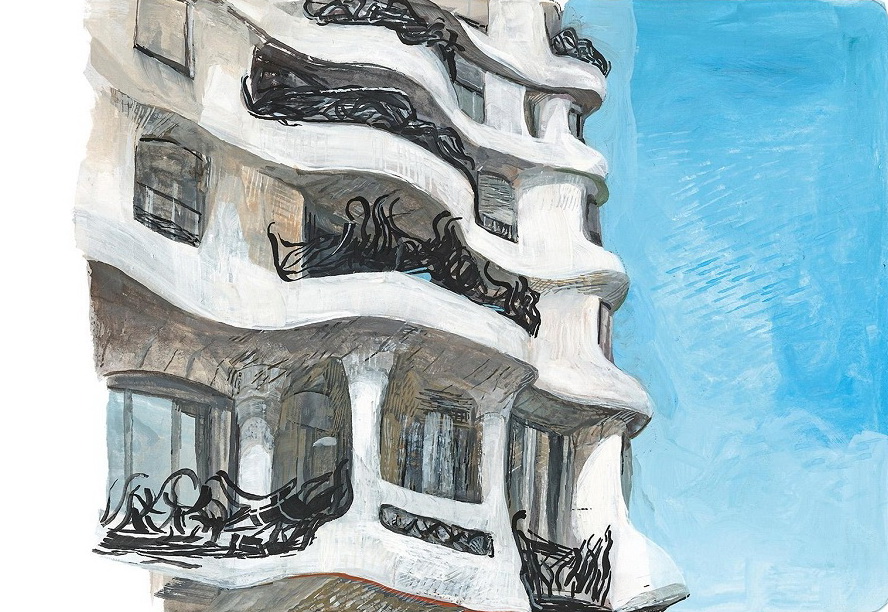 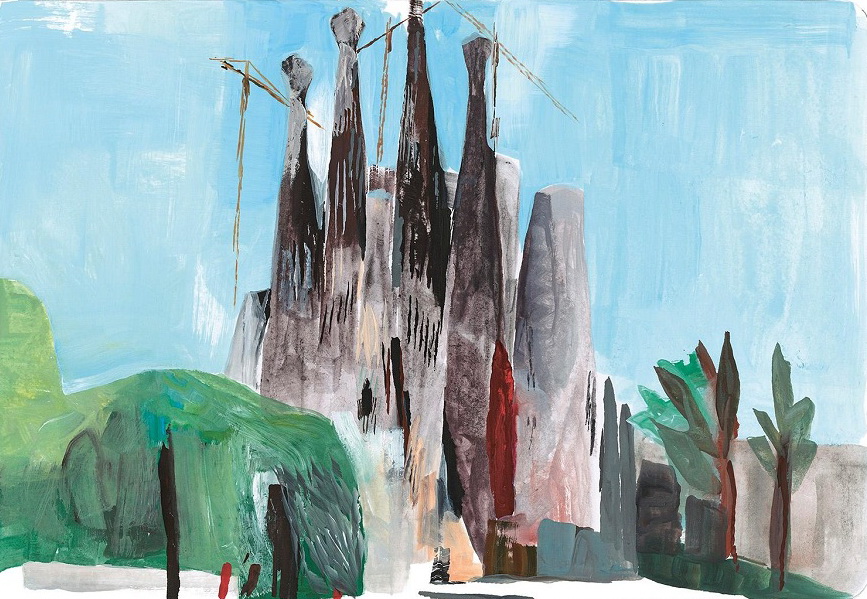 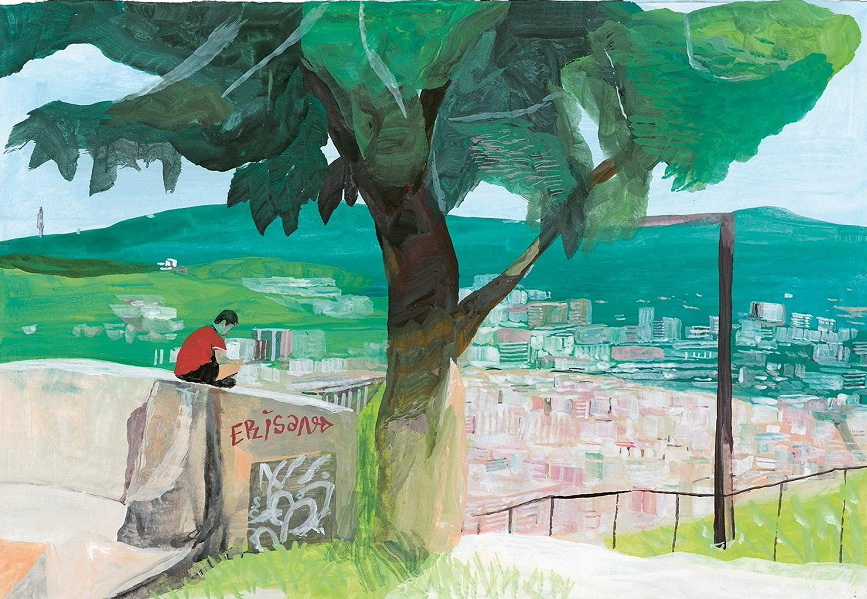 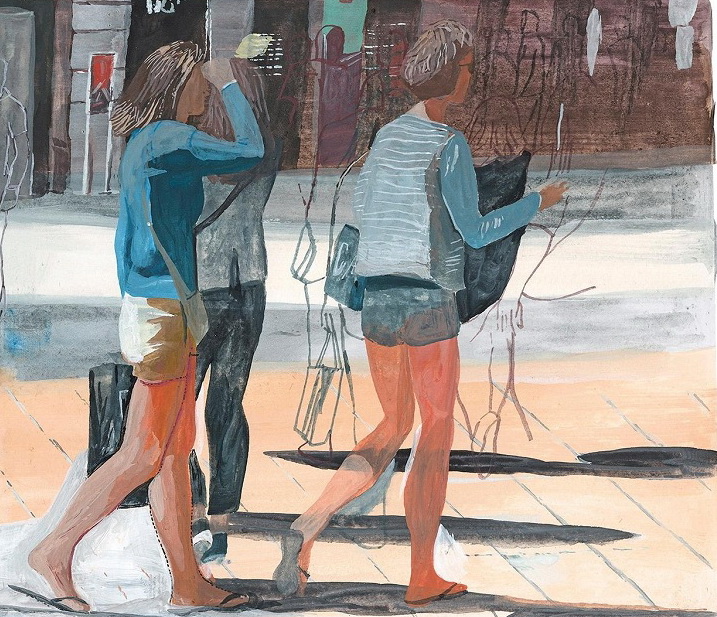