L’Hotel Paris: The Parisian hotel which needs no name!

“My wallpaper and I are fighting a duel to the death. One or the other of us has to go.” We could picture Oscar Wilde saying these words in the most charming and adorably ironic way in the Left Bank hotel in Paris where he spent his final two years and died on November 30, 1900. He was a genius, poet, playwright, and the First Modern Man. As great admirers of his work, especially essays “The Importance of Being Earnest” and “The Picture of Dorian Gray” we were intrigued by L’Hotel for years. We wanted to visit the place that marvelous Oscar Wilde once called Parisian home, but also a spectacular work of art of the iconic French interior designer and Chevalier of the Legion of Honour, Jacques Garcia. Following footsteps of Salvador Dalí, Princess Grace, Frank Sinatra, Elizabeth Taylor and Richard Burton, Jim Morrison, Serge Gainsbourg and more recent Johny Depp, Keanu Reeves, Mick Jagger and late Anthony Bourdain, we found ourselves at number 13 of Rue des Beaux-Arts with the one idea in mind, to uncover story of the most treasured haven of the Left Bank. 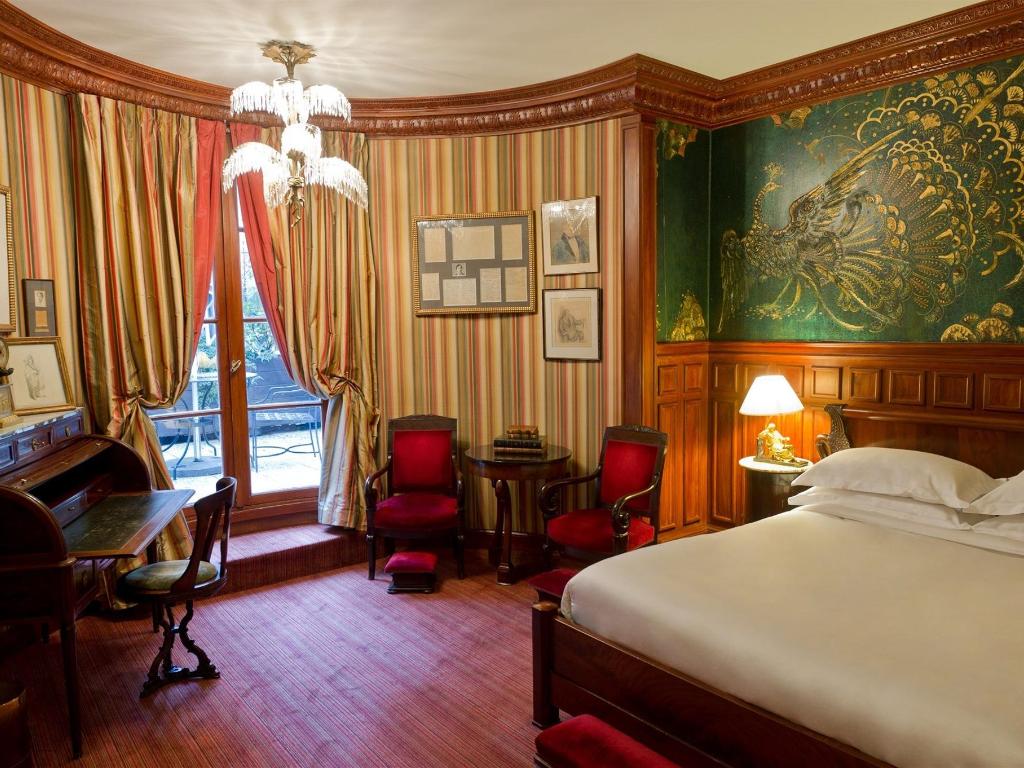 In the heart of Saint Germain-des-Prés on the Parisian charming Left Bank, once have resided Queen Margot’s Pavillon d’Amour. In 1828, famed architect Célestin-Joseph Happe replaced it with more contemporary building for its time, a building that in future will be associated with top-notch hospitality and numerous high-profile guests that will forever leave their imprints on this Parisian property. 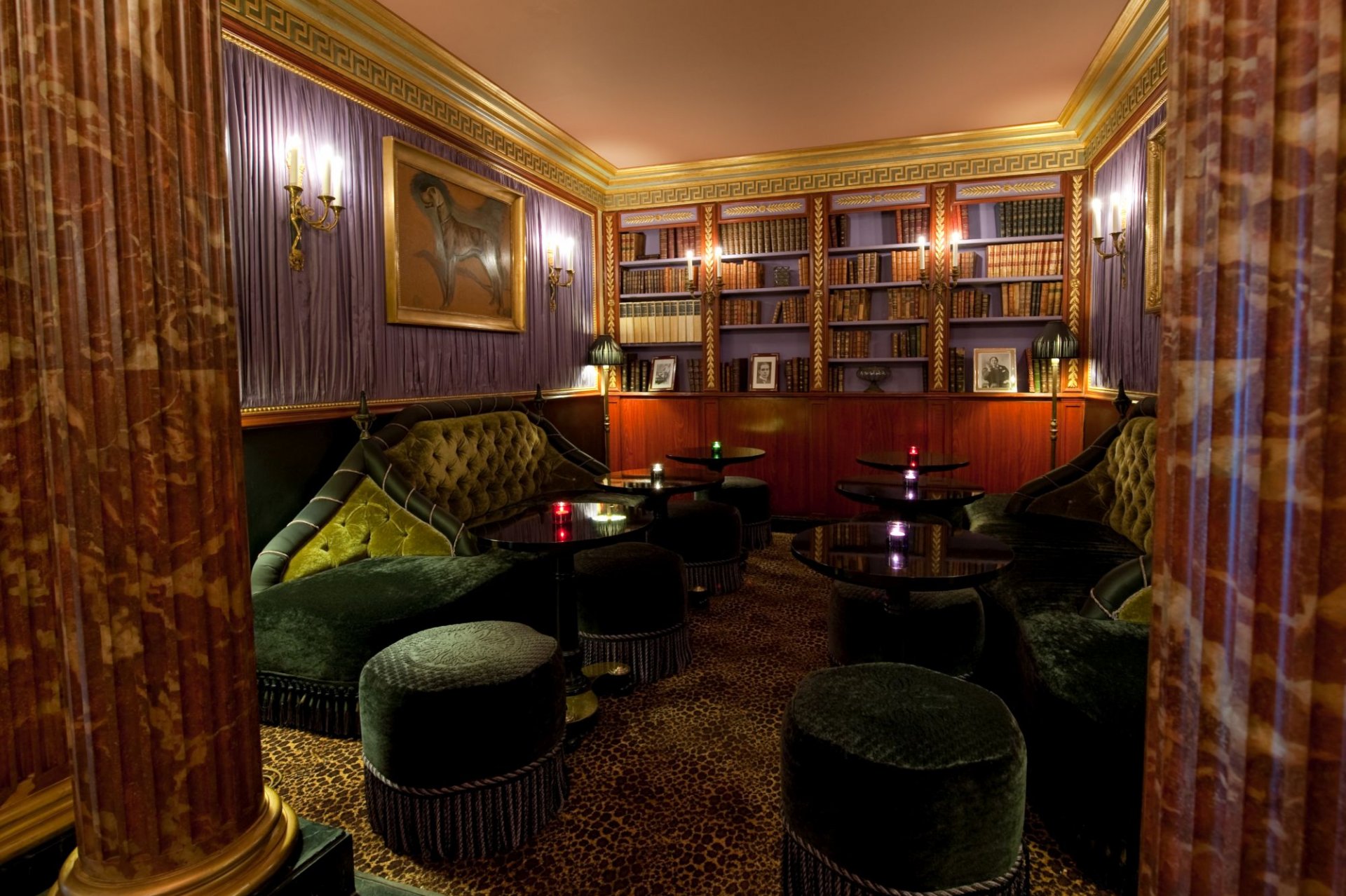 During its almost two-centuries-long history, L’Hotel had few incarnations. It started as Hotel d’Allemagne in 1868, but shortly after the Franco-Prussian war, the name was changed to more politically appropriate Hotel d’Alsace. However, the real glory days of this hotel were just around the corner, when one infamous Irish genius in exile took a refuge in it. Oscar Wilde, stricken by illness and poverty, spent his last days at L’Hotel, and later was buried at Parisian Père Lachaise Cemetery. L’Hotel, at the time still named Hotel d’Alsace, got its name written in the history books almost overnight. 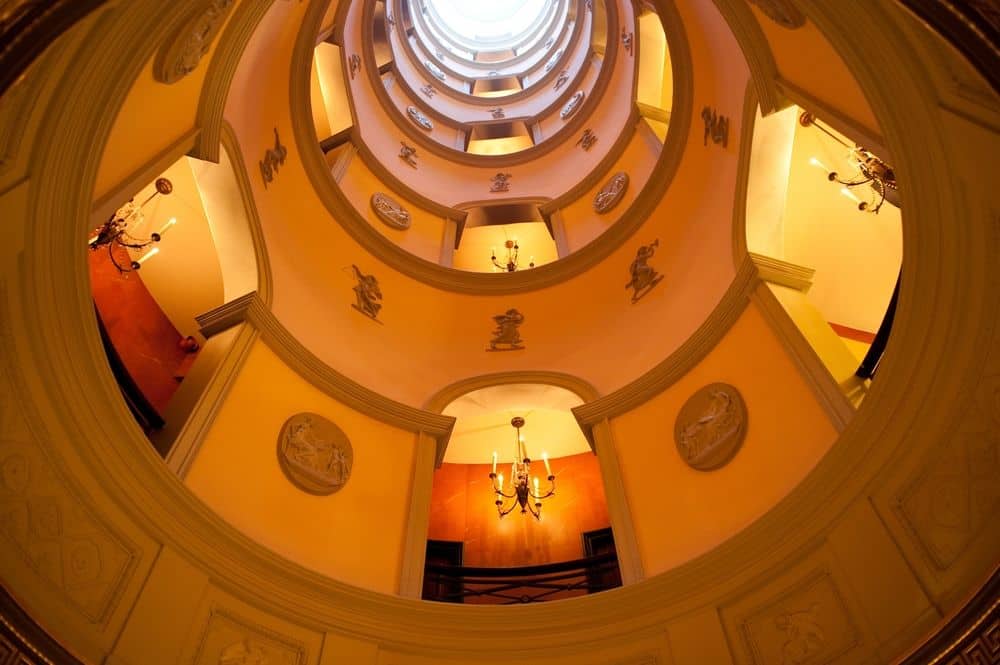 The circular central atrium, which extends up six stories

Fast forward some seventy years – in 1967, L’Hotel received its first serious refurbishment. Gone is the old and gloomy vibe of the past decades and L’Hotel suddenly became a place to see and to be seen. It welcomed international creme de la creme of that time. 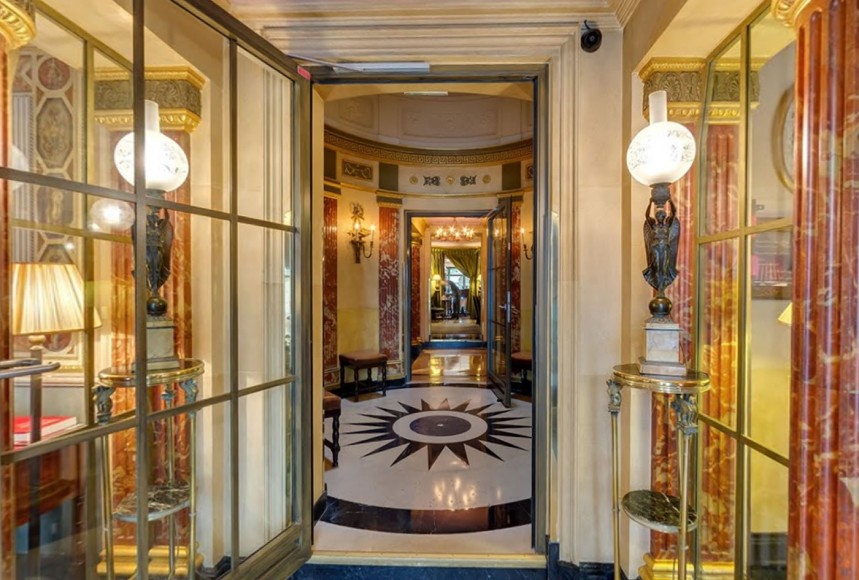 Today, thanks to endlessly talented Jacques Garcia, it is not just the smallest luxury five-star hotel in Paris, it is also the most stylish one. The legendary interior designer lent his magical touch to L’Hotel with the same passion and intensity as he did to the iconic establishments like Barrière Le Fouquet’s, Peninsula Paris, Hotel Costes, and La Mamounia Marrakech. L’Hotel’s interior could be described as typical Garcia: here rooted in the Victorian and Belle Epoque style and adorned with Oriental details. Built around a famous six floor oval atrium, all 20 rooms are a joy to see, spacious and opulent and each one different from another. We were absolutely overwhelmed with our Chic Room (yes, that’s the category, not the description), a 35 sq m spacious affair wrapped in the purple colored silky draperies and with the windows hidden behind the dark heavy curtains. 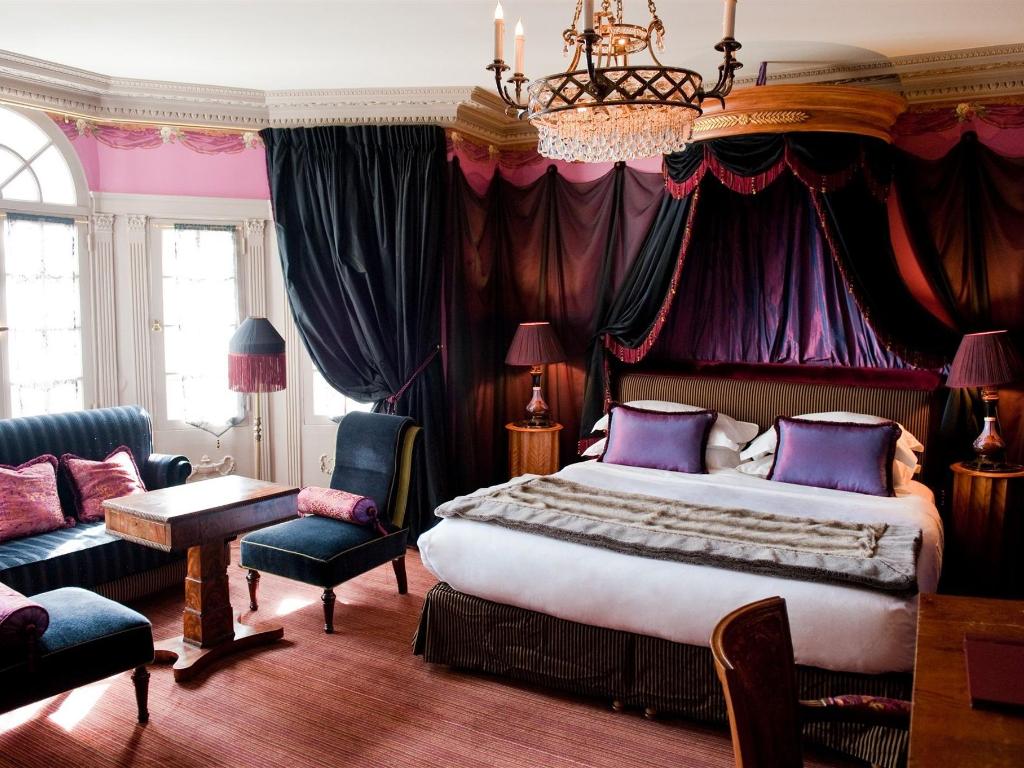 Each of L’Hotel’s Chic Rooms are dedicated to some colorful historic characters and decorated accordingly, be it Marco Polo, Mistinguett, Mata Hari or Reine Hortense. Other room categories are equally impressive, but the icing on the cake is for sure the Apartment, the largest room in the hotel with generous 45sqm, dressed in the manner of Cardinal’s robe and Oscar Wilde Suite, with décor that somehow resembles L’Hotel’s most famous resident. A framed copy of the final bill Wilde failed to pay, as he was “dying beyond his means” hangs on the wall as a reminder of the room’s remarkable history. Some of the bedrooms have terraces overlooking Paris‘ rooftops and the spire of St. Germain-des-Près, whilst all have large French windows and marble bathrooms boasting old-style bathtubs. 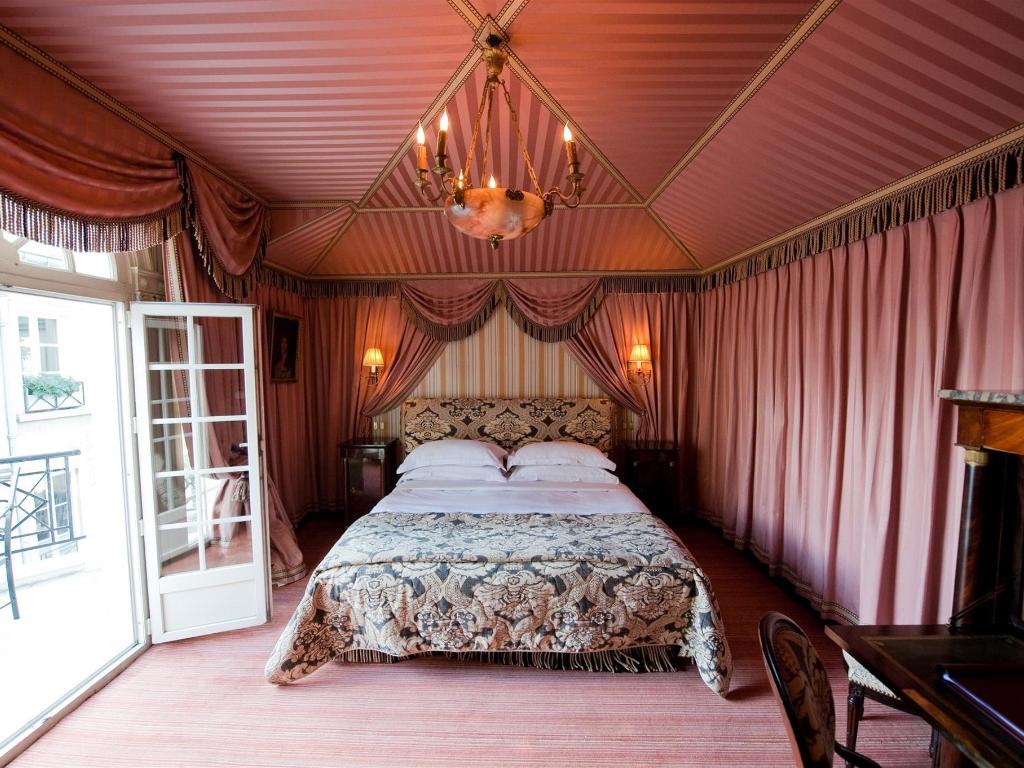 Reine Hortense, one of the Chic Rooms, named after the Queen Consort of Holland 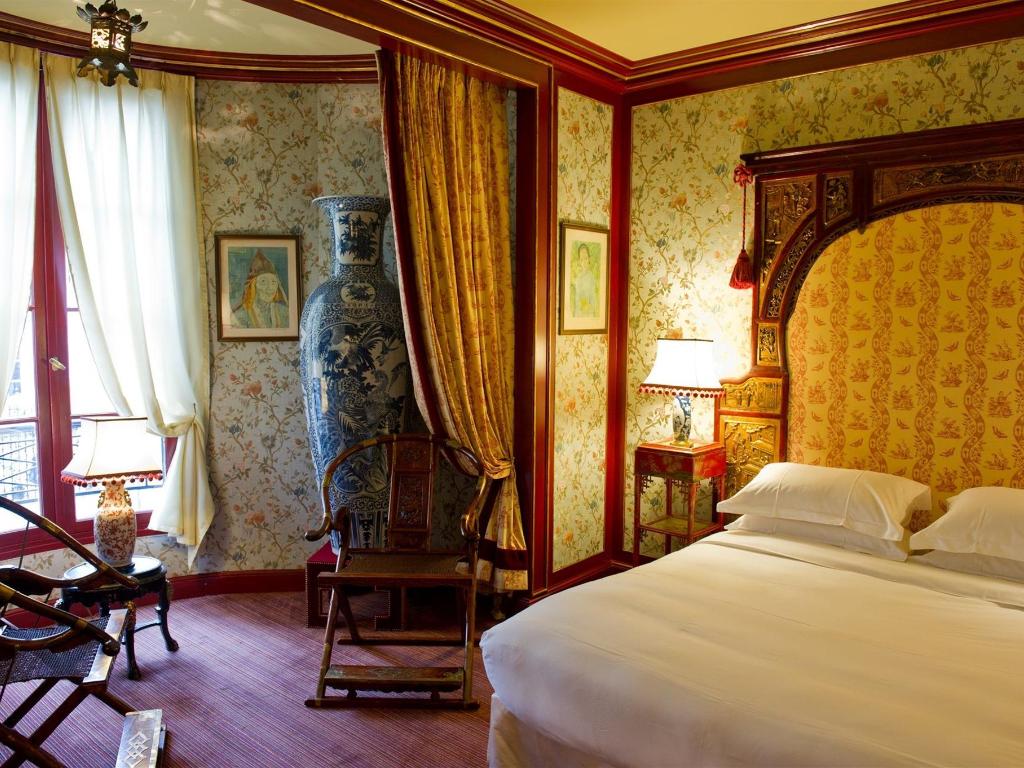 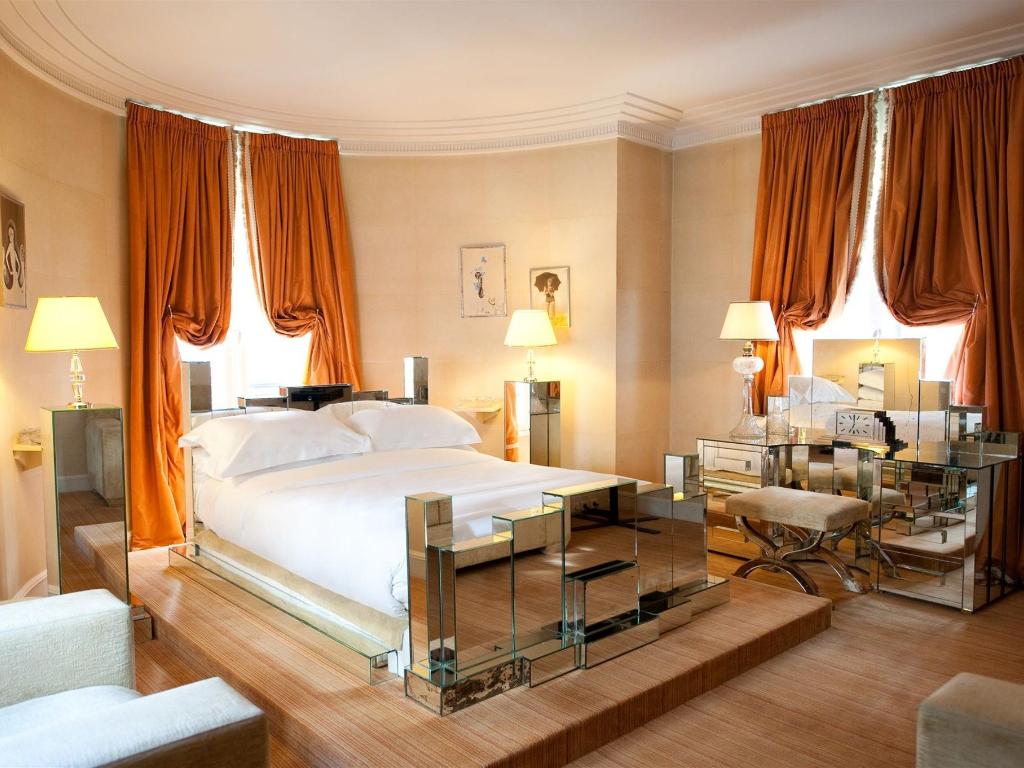 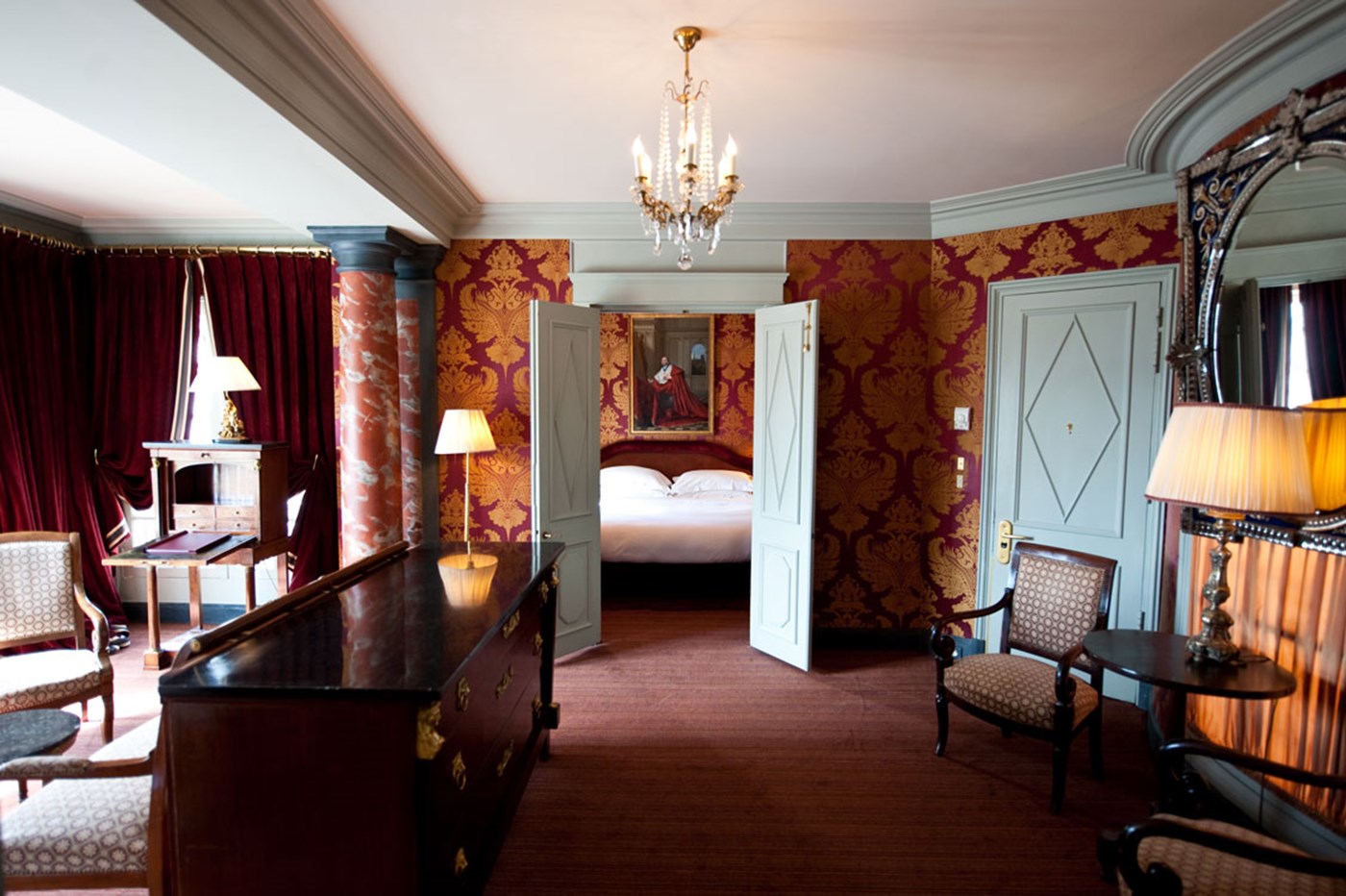 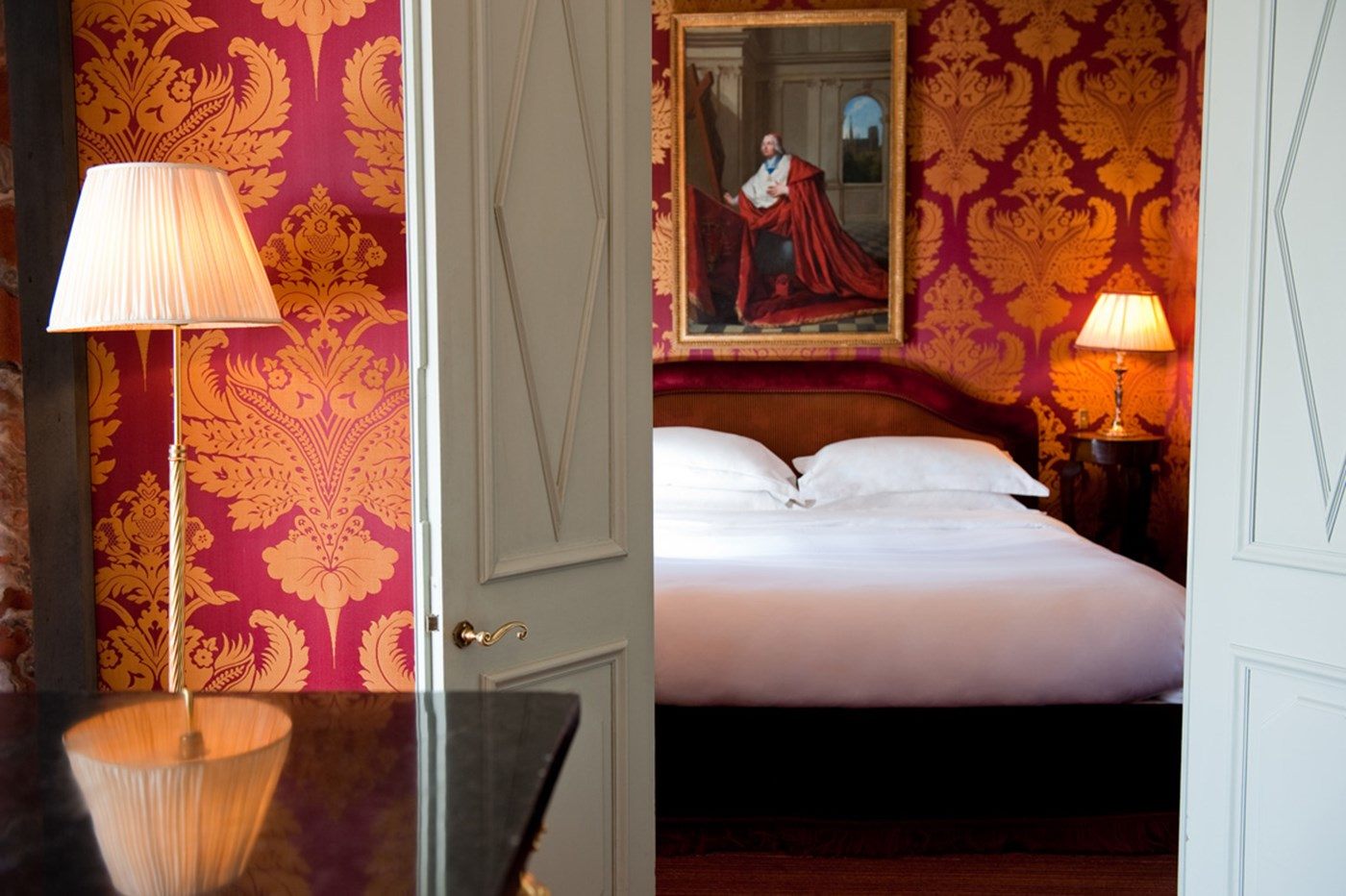 L’Hotel prides itself with Michelin-star Le Restaurant, one of the most romantic dining spots on the Left Bank and even in all Paris. Head Chef Gregory Rejou uses classic techniques to create extraordinary and modern dishes that are above all light and fresh. While interior of Le Restaurant is very pleasant, intimate and immensely elegant, the real gem is its cobbled garden terrace where the central spot is reserved for the vertical garden with beautiful fountain, filled with playful goldfish of various colors. 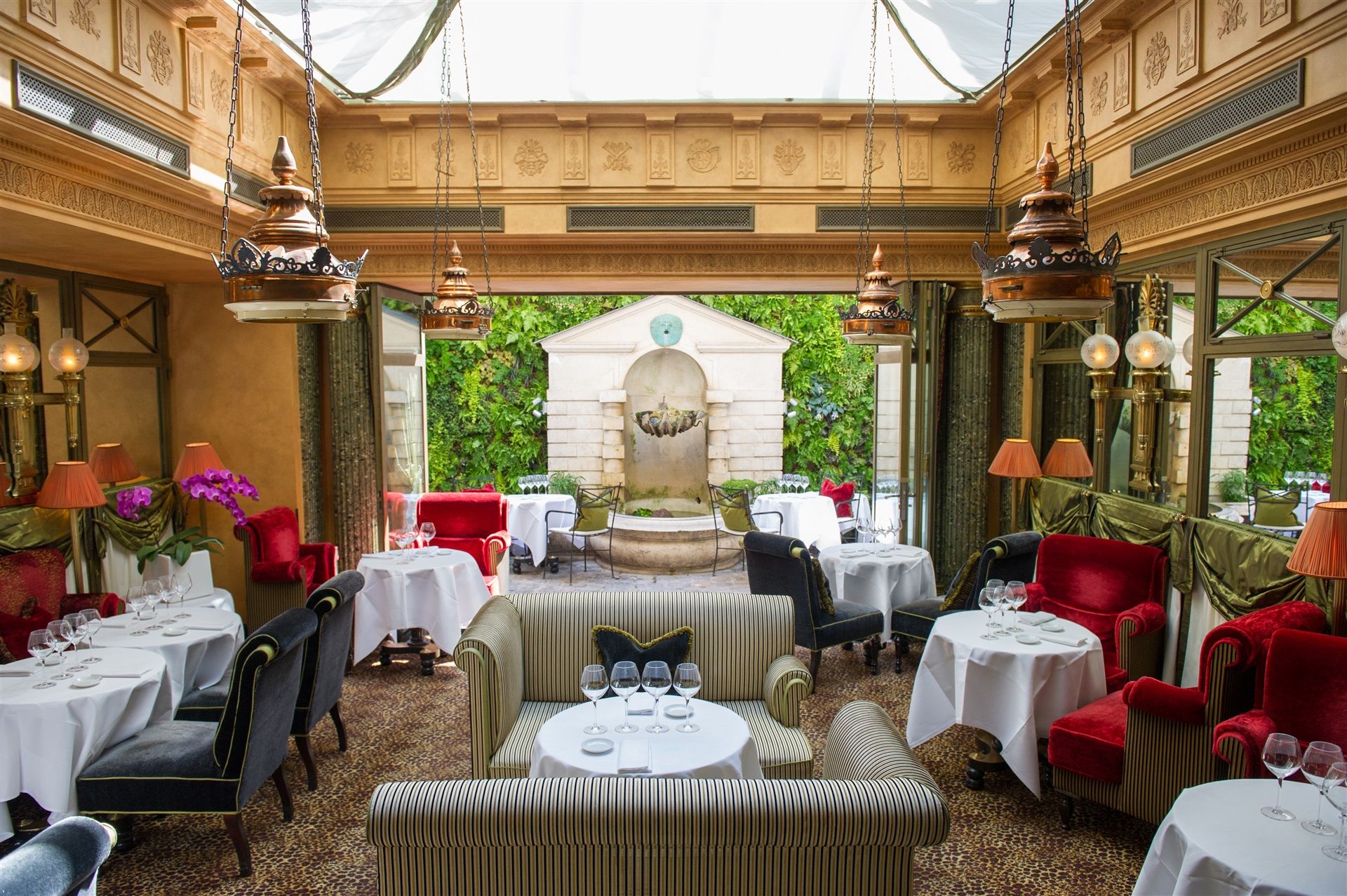 Spa facilities of L’Hotel are located on the lower ground floor, comprising a steam room and relaxing private hammam pool reserved for the hotel’s guests.

With its romantic location, opulent interior and rich history, it is easy to see why L’Hotel is one of Paris‘ most coveted places and a must-see spot for all luxury travelers. L’Hotel is member of A Curious Group of Hotels, a British company of historically important hotels and restaurants, which also owns The Portobello Hotel in London, Cowley Manor in the English countryside and Canal House in Amsterdam.