Renaissance Hotels celebrate Global Day of Discovery: From an Exclusive Party at Salon Gustave Eiffel in Paris to the Cirque du Soleil Show in Montreal 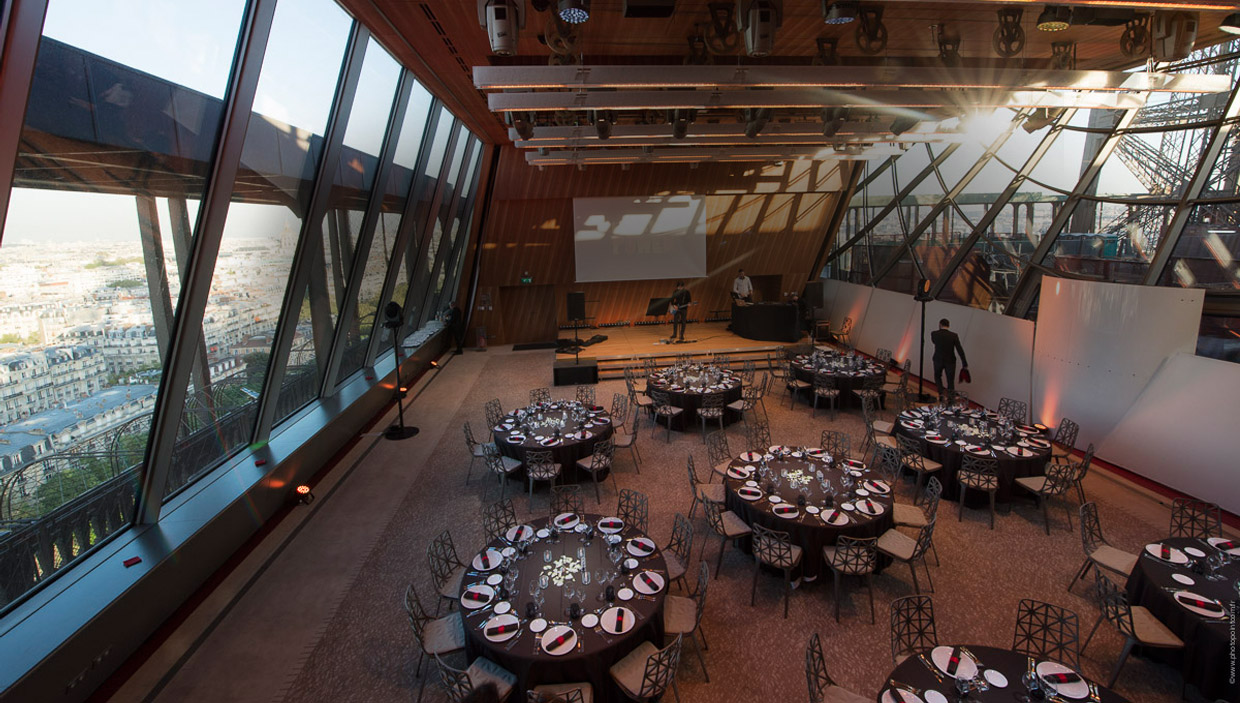 Renaissance Hotels, part of Marriott International, Inc. (NASDAQ: MAR), announced that their sixth annual Global Day of Discovery will be held on Wednesday, May 17th at the brand’s 160 hotels around the world. Created to encourage business travelers to experience their “5 to 9″ with as much vigor as they approach their “9 to 5″, Global Day of Discovery will spotlight hidden gems around the globe that give neighborhoods their soul: from the high-energy show Volta by Cirque du Soleil in old Montreal way, to 1920s Hollywood-like glamour in classic Shanghai style and an exclusive party at the sought-after Salon Gustave Eiffel in the Eiffel Tower.

Global Day of Discovery kicks off at each Renaissance Hotel with curated Business Unusual adventures brought to life by the hotel’s Navigator, who – counter to a typical concierge – knows a destination’s hidden gems and hand-picks local discoveries that cannot be found in a guidebook. For business travelers who may have 20 minutes, two hours or two weeks in a locale, the brand’s Navigators give guests a sense of the local neighborhood’s soul.

Among these events, the brand’s Global Navigator and four-time James Beard award-winning chef Andrew Zimmern will host Marriott Rewards members on a culinary expedition in Dubai, uncovering the under-discovered local cuisine of the United Arab Emirates, ahead of the highly-anticipated opening of Renaissance Downtown Hotel, Dubai later this year.

In New York City, fashion designer Christian Siriano will act as the hotel’s guest Navigator, hosting a VIP meet-and-greet and cocktails to share his hidden gems in the Garment District and surrounding neighborhood of Renaissance New York Midtown Hotel. The package will include a three-night stay in the Skyline Suite (May 16-19, 2017); and access to the Freedom Tower observation deck to see NYC through a different lens. Guests and locals are invited to sip craft beverages and preview creations from local designers Andreeva and Saunder.

This year, Montreal’s 375th Anniversary perfectly coincides with Renaissance Hotels’ Global Day of Discovery: meaning there will be an epic lighting of the iconic Jacques-Cartier Bridge followed by a celebration at the Renaissance Montreal Downtown. The event, which is open to guests and locals, will feature innovative musical artists and a stunning performance from Cirque Du Soleil. The exclusive package boasts additional access to for the high-energy show, Volta, from Cirque du Soleil in old Montreal way, a two-night stay at the hotel and more.

Similarly in Shanghai, the city’s six Renaissance Hotels will celebrate Global Day of Discovery by bringing the city’s elegant nightlife scene from the 1920s to life for VIP guests and locals. Giving travelers a glimpse into the culture zeitgeist of the fleeting era, the event will take place at the iconic Paramount and embody a Hollywood-like glamour in classic Shanghai style. The historic nightclub and dance hall will boast the brand’s signature cocktail experience as well as intriguing, surprise performances.

Global Day of Discovery will mark the debut of the Renaissance Reno Downtown Hotel and Renaissance Atlanta Gateway Hotel:

Celebrating its grand opening on Global Day of Discovery, the Renaissance Reno Downtown Hotel will shine a light on the local artists and musicians in Reno amidst an emerging scene. Reno Philharmonic will be playing throughout the night, and the hotel’s downstairs “Hideaway” bar will be transformed into a speakeasy featuring Prohibition era drinks and local jazz performers. Guests and locals will have access by discreetly asking the bartender for the password, which will be handed to them via cocktail napkin. The energetic evening is likely to end on the hotel’s premier 25,000 sq. ft. Bocce Ball court converted from a casino and now the social hub of the hotel.

The Renaissance Atlanta Airport Gateway Hotel, the city’s first lifestyle hotel connected to the Hartsfield–Jackson Atlanta International Airport via the SkyTrain, will celebrate its opening on Global Day of Discovery. Designed by award-winning design firm, Rottet Studios with stunning art by Atlanta artists, the hotel will create a flight-inspired immersive event– with more glamour and less turbulence – complete with an imaginative play on Business ‘Unusual’ Class seating, an interactive art installation and a performance by electro soul duo Lion Babe.

For the full lineup of performances and events planned on Global Day of Discovery and throughout the year at Renaissance Hotels, please visit www.renhotels.com/events; and join the conversation at #RenHotels and #BusinessUnusual.