Home » LIFESTYLE » Paris Fashion Week Guide: Where To Eat, See, And Be Seen

Paris really is one of our favorite places. We have been here for so many times and it is simply never enough. We already have our favorite spots but still discovering new ones. If you’re in Paris for the fashion week, then make sure you visit these selected restaurants for a perfect Parisian dining experience. Of course, we gathered for you information about the clubs, bars and cafés where the fashion elite goes in between the shows.

WHERE TO GO OUT?

One of the hottest spots in town that attracts all fashionistas is L’Arc. It is the favorite place for partying of many celebrities, local and global alike, that continues to attract the audience by creating the string of the Fashion Week after parties, littered with famous performers and beautiful people all around. For the Paris Fashion Week Fall 2017 season they organized series of events like- official tour after party by The Weeknd, live performance by Tyga, event hosted by Hailey Baldwin and Fenty x Puma official after show hosted by Rihanna. 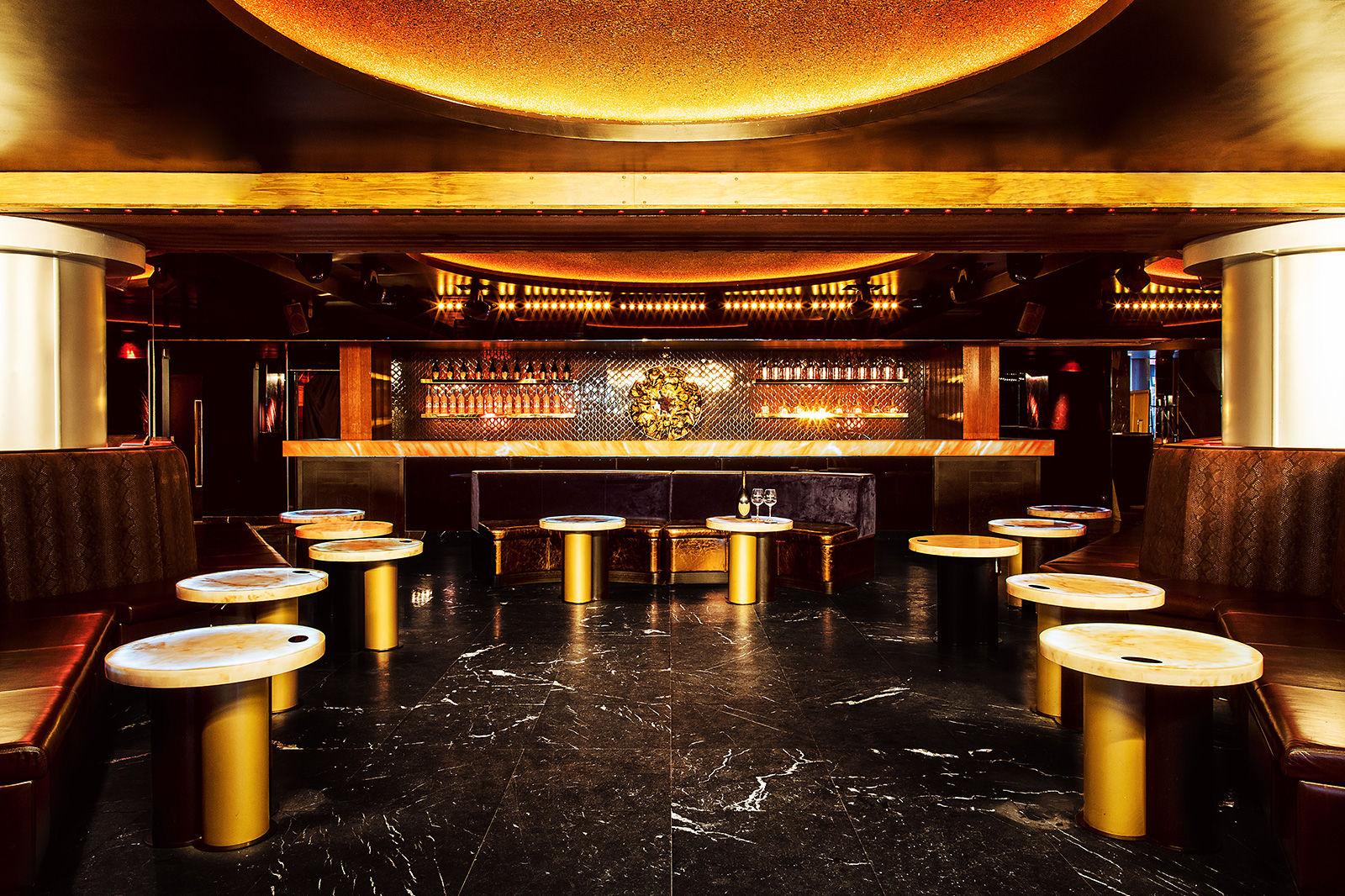 We were invited by Five Eyes Production‘s creators, David Koskievitz and David Setrouk, on a party after the premier of film “De Plus Belle”. It was nice to enjoy the night in this marvelous restaurant surrounded by crème de la crème of French cinema. 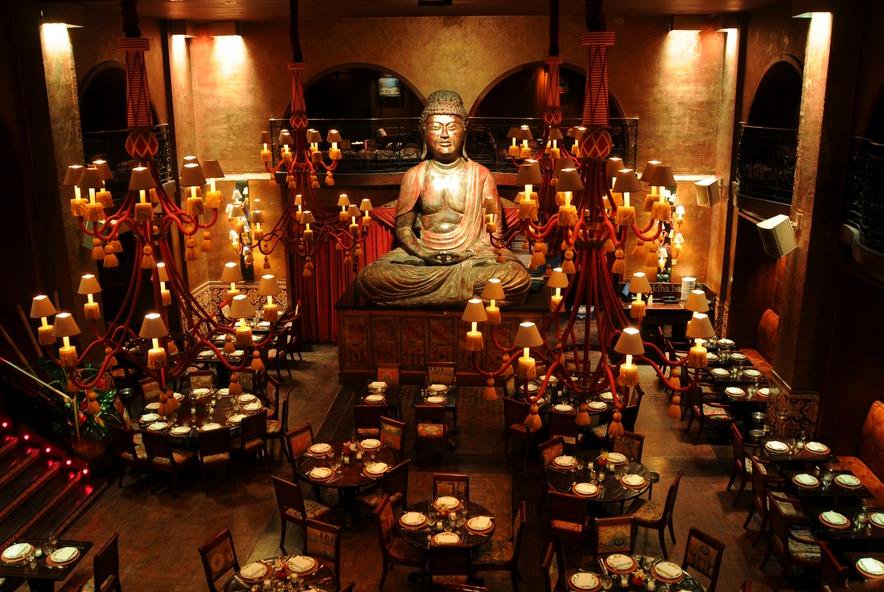 This restaurant-bar-lounge located between the Place de la Concorde and rue Saint Honore, has almost instantly established itself as one of the trendiest places in Paris. It is famous for its atmosphere and impressive interior décor, with 8 meters-high Buddha figure that dominates the entire setting. The lights are appropriately dimmed, while the incomparable Buddha-Bar soundtrack compilations only punctuate the lounge-like atmosphere of the mysticism and tranquility of the Far East. The menu of Buddha-Bar is based on Asian/French food fusion.

Owned by the Costes brothers, L’Avenue restaurant was destined for success from the very inception. From its location on Avenue Montaigne, right opposite Dior flagship store, to its fashionable clientele, this place became an icon of its own, very much alike its older cousin, legendary Hotel Costes at rue Saint Honore. L’Avenue is lavishly decorated by Jacques Garcia, with terrace trimmed in white fabric drapes and dark interior wrapped in layers of heavy red velvet, lit by the seductive lights of Murano chandeliers. And while the delicious menu consists mostly of the traditional brasserie-style dishes, the one thing that sets L’Avenue apart from the competition is its star-studded clientele- from hip-hop stars like Jay-Z and Kanye West to the array of current supermodels. With the exception of the mentioned Hotel Costes, there is hardly a trendiest spot in town than L’Avenue. So, for the ones that want to see and to be seen, this place presents the unique chance to have a sneak peek in the ever-busy lives of the worldwide celebrities, while at the same time enjoying the amazing views at one of the Parisian most elegant streets.

Café de Flore is one of Paris’ most treasured places. With its vintage interior and ever-crowded terrace on Boulevard Saint Germain, it is one of those places strongly rooted in the past, but still with youthful vigor and romance in the air, so typical for Paris. This is the exact spot that in its heyday gathered the likes of Jean Paul Sartre and Simone de Beauvoir. Today, a legendary café presents a great opportunity to enjoy the Parisian café society. This is also a key address for the fashion industry- Mario Testino, Kate Moss, Christy Turlington, Magdalena Frackowiak and Alessandra Ambrosio have been spotted having a coffee here. Karl Lagerfeld even shot Chanel’s Spring 2015 Campaign with Gisele Bündchen in front of it. Tip: Order a chocolat chaud and sit on the terrace, watching the chic Parisians passing by. 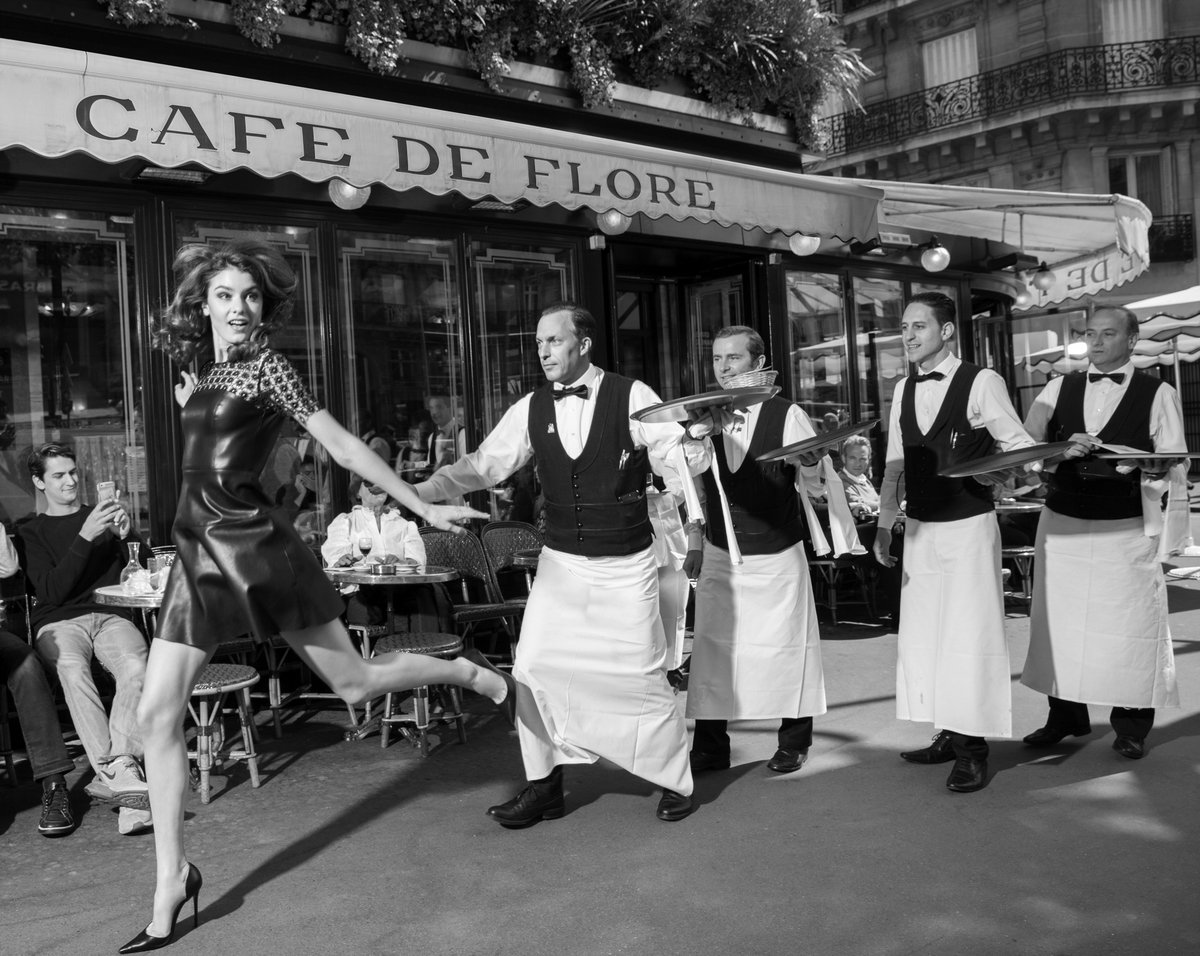 In the early 80s, Paris got its own competitor for the title of the most star-studded nightclub in the world. Situated in more than a century old building, the one that long ago hosted none other than Marcel Proust in his search for a luxury bathhouse, Les Bains suddenly became a place to visit for numerous artists and celebrities of that era. With such guests as Andy Warhol, David Bowie, Robert De Niro, Grace Jones, Jack Nicholson, Roman Polanski, Jean-Michel Basquiat, Yves Saint Laurent, Johnny Depp and Kate Moss and many, many others, this former bathhouse was destined to become an iconic place in its own right. There were other clubs in that golden age of Paris night life, but perhaps none of them were as era defining. Two decades later, Les Bains was shut down, but not for long. Its current owner, well known movie producer and director Jean-Pierre Marois, saw the fantastic opportunity to make an exclusive boutique hotel with a dance club. The former-Philippe Starck designed dance floor has been extended into a full lounge bar and late-night dance club that is opened from Wednesday through Saturdays from 11pm.

The large dining room, inspired by the salon de la Paix of the château of Versailles, is considered to be one of the most beautiful in Paris. Decoration of the restaurant revamped by Starck in 2007 and 2016, offers timeless elegance: majestic glass door with gilding, antique mirrors, chandeliers, bronzes, marble and frescoes. 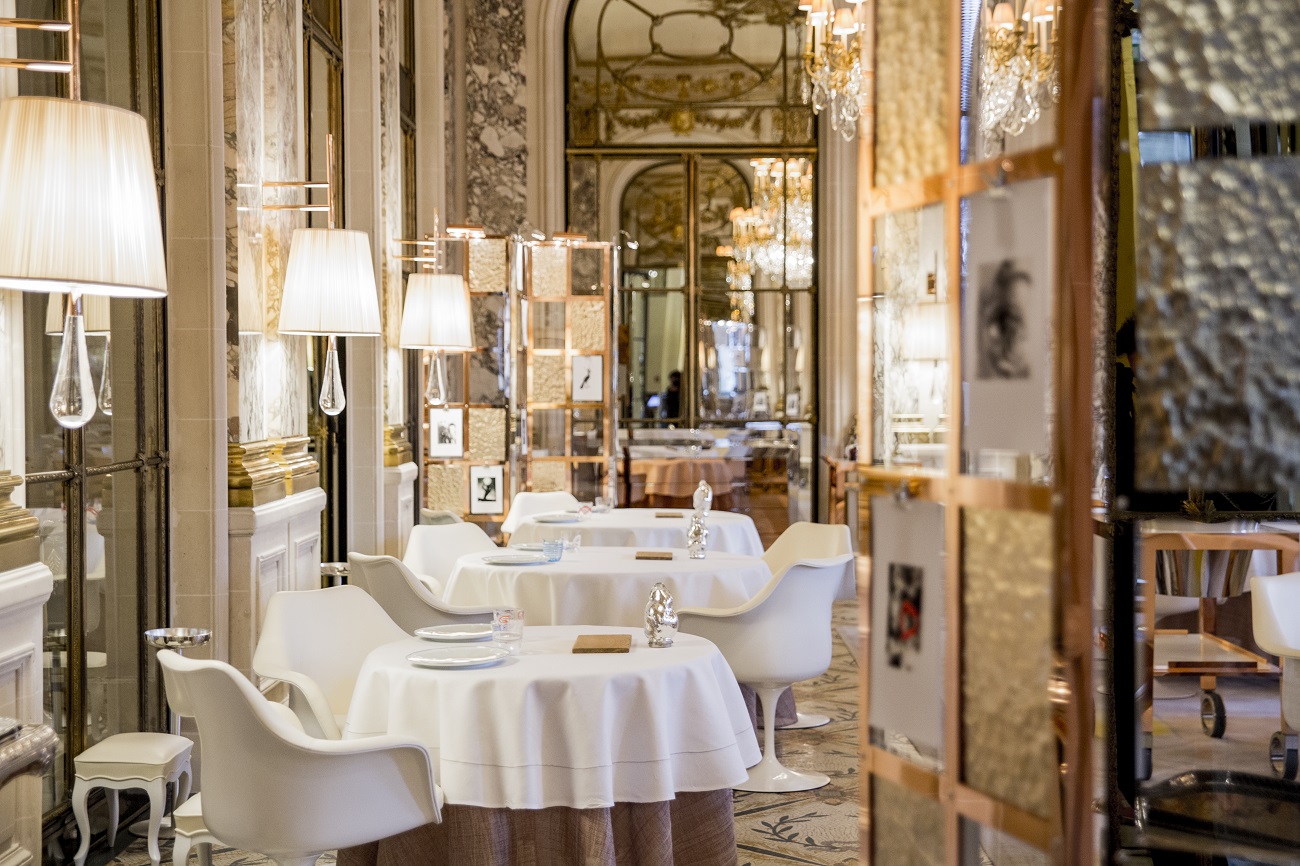 Le Dalí is the only restaurant authorized to use the name by the Fundació Gala-Salvador Dalí. High-style setting of this restaurant, inspired by Salvador Dalí is recently redesigned by Philippe Starck and his daughter, Ara. She painted monumental canvas on the ceiling and a carpet. Both works presents distort reality. Also, at the back of the room, a huge, slightly tilted mirror creates an unexpected escape from the public gaze. Restaurant Le Dalí offers traditional French brasserie specialties, or a creative culinary journey of delicious Mediterranean cuisine. The dishes are designed to be shared or served in half portions for light apéritif dining. 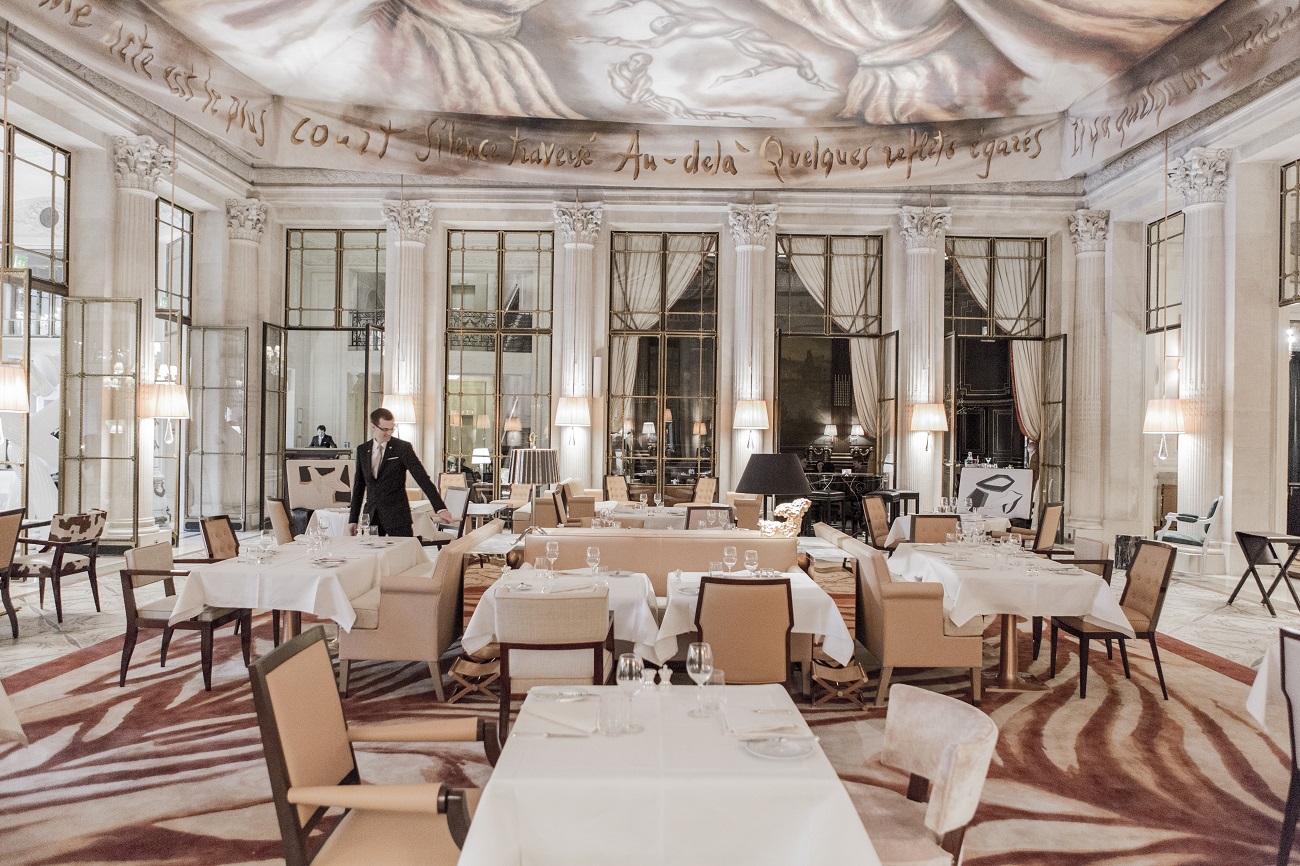 When we entered in La Table du 8 Restaurant at La Maison Champs Elysées we were amazed by a clean space with tables and chairs all dressed in white linen, apparently floating in the air, arranged in long rows facing huge windows that offer calming views of hanging green gardens outside. It was a perfect place for us to start a day with a delicious breakfast. Head Chef Benoît Hilaire prepares exquisite selection of French gourmet cuisine. When the weather is nice, a wooden terrace awaits for dining outdoors. Tip: For a stylish way to end the day, try a visit to Blind Bar or Cigar Bar. 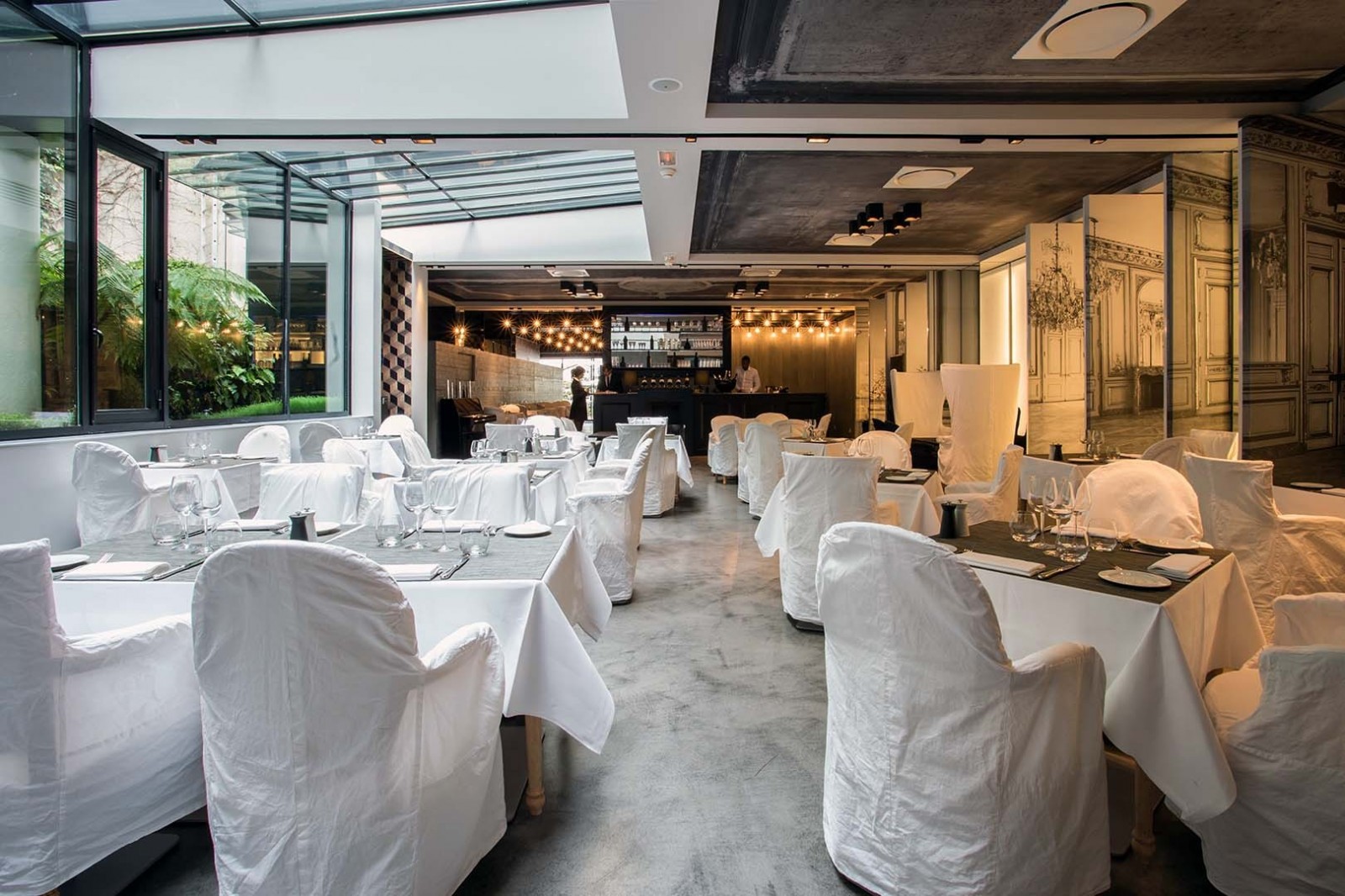 With its ultra contemporary interior designed by Philippe Starck along with paintbrushes by his daughter Ara, and location at the very top of a building in the axis of the Pont-Neuf, Kong has everything it takes to be the one of Parisian trendiest restaurants. Plus, it is immortalized in the last episode of the iconic tv-series Sex and the City, when Carrie goes to have lunch with Petrovsky’s ex Juliette. So, if you want to experience something new, artistic and luxurious at the same time, with stunning panoramic views over Paris, then be prepared to immerse yourself in the clever mix of Asian, French and Anglo-Saxon cuisine and head over to Kong. 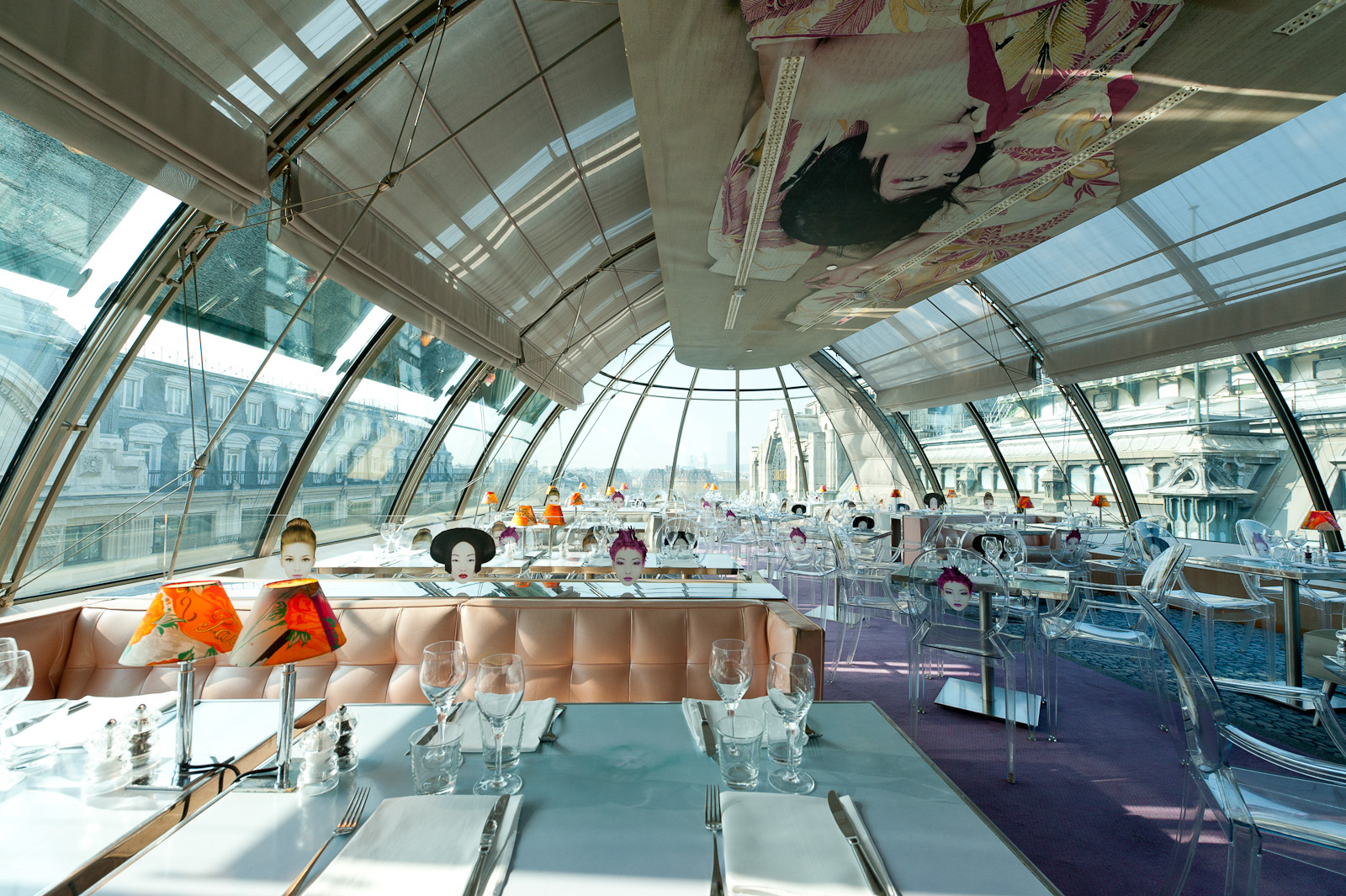 Buddha Bar Hotel Paris draws on the design legacy of 1930s Shanghai with glittering gold silks, glossy black lacquers, opulent red lanterns, and a watchful dragon. Like it’s menu which successfully combines French and Asian cuisines, the interior design of Le Vraymonde is all about fusion. The architect Francois Wapler, has invited the essence of Asia contemporary art into the establishment while ensuring that its native spirit is preserved. The resulting effect offers great character and unbelievable charm. Guests are dazzled and seduced as their eyes move from its scarlet lacquer to its fine works of art. 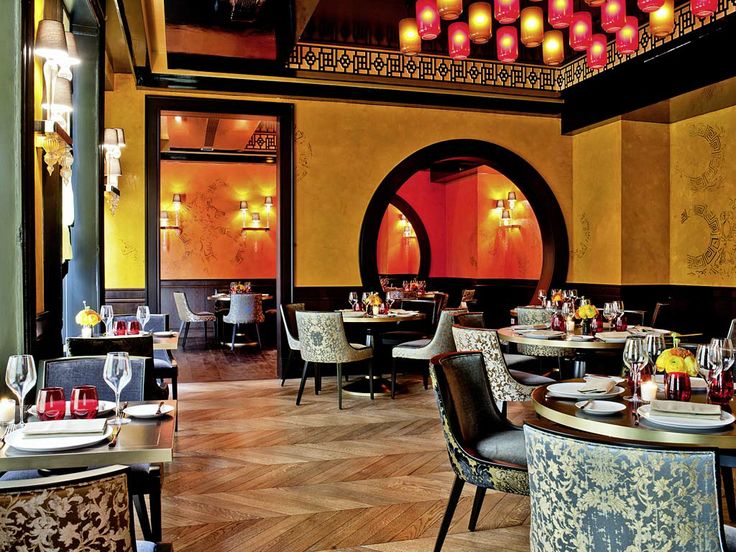