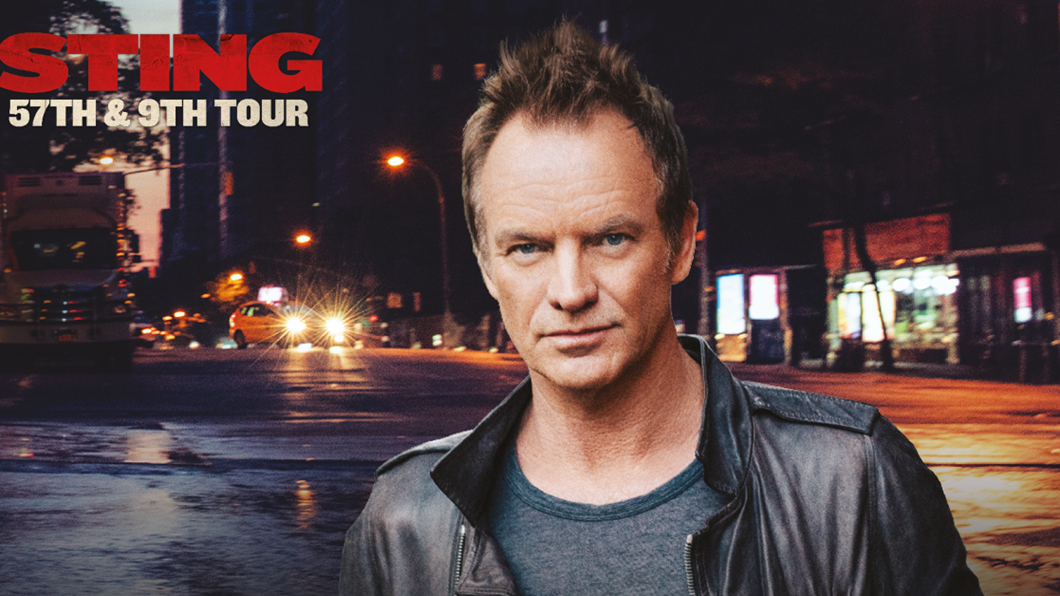 Following the release of his highly anticipated rock album 57th & 9th, Sting hits the road again! The iconic former leader of The Police is currently on a tour and after the sold venues across the Europe and Americas, the time has come to visit Serbia once again.

On September 17th, Sting will perform in Belgrade’s Kombank Arena, accompanied with 3-piece band including his longtime guitarist, Dominic Miller, plus Josh Freese on drums and Rufus Miller on second guitar. Special guests include singer/songwriter Joe Sumner as well as Percy Cardona of San Antonio-based band The Last Bandoleros. The 57th & 9th tour is promoted by Live Nation Global Touring and produced by Cherrytree Management i RZO Entertainment.

Sting is one of the world’s most celebrated artists, both as a solo performer and as a charismatic leader of the influential new wave band The Police. He is a winner of ten Grammy awards, two Brit awards, Golden Globe and Emmy, with four Oscar nominations in “Best Song” category. On the other hand, The Police has won six Grammy awards and two Brits. In 2003, the band is inducted into the Rock and Roll Hall of Fame.