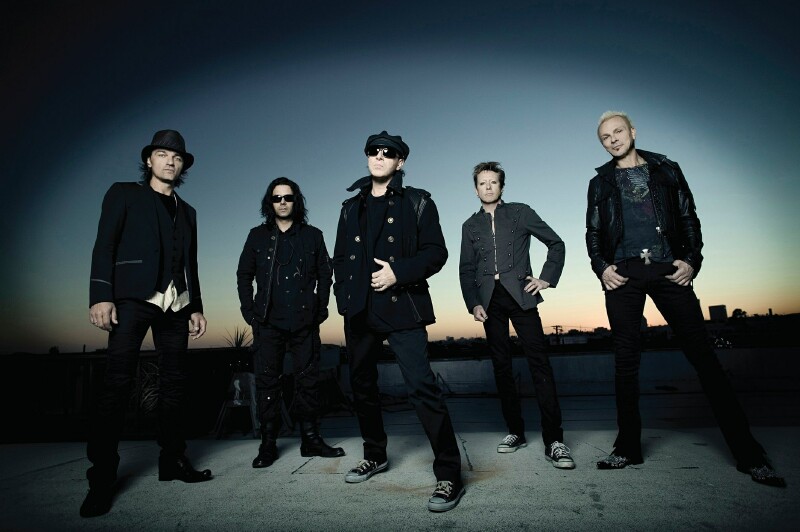 “The heroes of heavy metal” and “Ambassadors of Rock” are coming to Belgrade! These are just some of the nicknames of legendary German hard rock band Scorpions, that will held their first concert in Serbia on Sunday, June 10th in Belgrade’s Kombank Arena. Even though they are known for their powerful rock anthems – “Rock You Like a Hurricane, “No One Like You,“ “Dynamite,“ or more recent “Raised on Rock“ and spectacular cover of Soft Cell’s “Tainted Love“, Scorpions are mostly recognized through their soulful ballads. How many broken hearts were mended with “Still Loving You,“ “Holiday,“ “Send Me an Angel“ and immortal “Wind of Change“?

Scorpions were formed in the late sixties by the band’s indisputable leader, rhythm guitarist and songwriter Rudolf Schenker. His creative partnership with lead vocalist and main lyricist Klaus Meine, highly regarded as one of the best singers in the history of heavy metal, lasts for almost five decades and they are only members of the band that are featured on all albums. Matthias Jabs, lead guitarist, is also among the longest-staying members of the band. He joined the Scorpions in 1979 and is featured on all albums ever since. His remarkable technique can be heard on numerous catchy solos and in a handful instrumentals, like the iconic “Coast to Coast“.

Scorpions are by far the most successful band from continental Europe, with 100 millions records sold. They recorded some of the most popular hard rock albums of all time, like “Love at First Sting (1984)“ and “Crazy World (1990)“. Since the early seventies, Scorpions are undeniable touring sensation that simply cannot be missed by anyone who considers himself a true rocker! If you are ready to have a good time with some old friends, Scorpions will definitely “Rock you like a Hurricane“ and make you dance to their “Rhythm of Love“!

For any further information about the tickets, check out the official site of Kombank Arena: www.kombankarena.rs