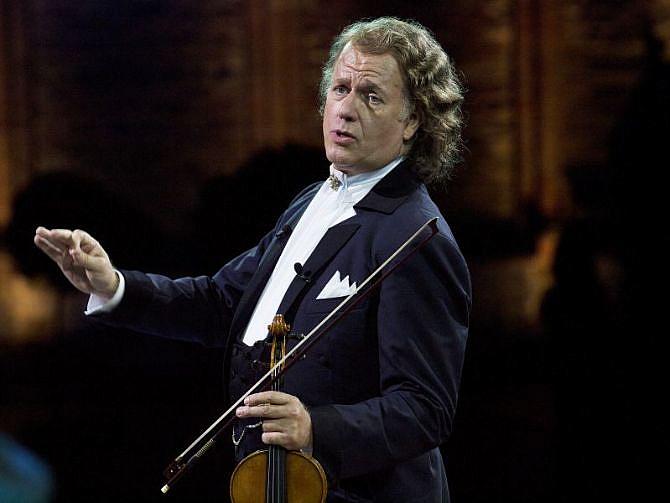 André Rieu is coming to Serbia with a brand new show! “The King of the Waltzes” will perform at Stark Arena in Belgrade on May 22, 2019, at 8 pm.

Together with his 60-piece Johann Strauss Orchestra and many soloist André Rieu will give you what you’ve come to expect from his performances: the maestro conducting his 60-piece Johann Strauss Orchestra and playing his world-famous Stradivarius violin to create a colourful concert full of surprises. The repertoire ranges from romantic, emotional ballads to the most gorgeous and celebrated waltzes.

“Music, especially waltz, is a very important part of my life. If a bit of music touches my heart, it will touch your own. This wonderful music allows me to bring the joy of life and humor to the world. Everything is allowed on my concerts: laughing, crying, playing, singing. Emotions are the secret of my success”, the famous violinist says.

His latest album, “Romantic Moments II” was released on 7th December. With more than 700.000 tickets sold on five continents, André celebrated the most successful year in his career in 2018 and he and his 60-member Johann Strauss Orchestra, which is the world’s largest privately run orchestra, continue to excite audiences all over the world.

Experience the magic of André Rieu at a festive and memorable evening and come see why André Rieu is one of the most popular live acts in the world!

For any further information about the tickets, check out the official site of Stark Arena: www.starkarena.co.rs.