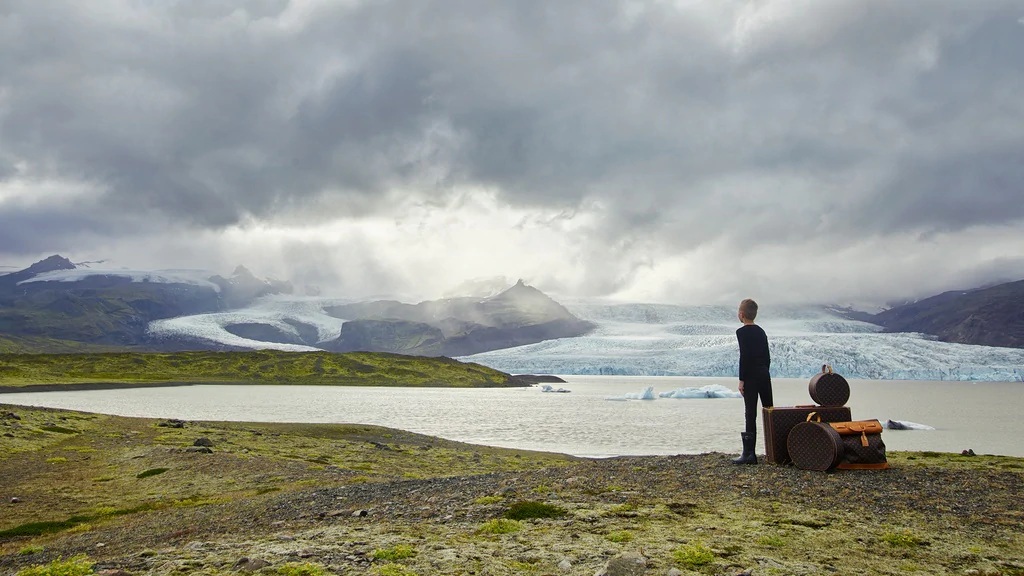 Louis Vuitton reveals its new brand campaign, a perennial voyage transcending the times, an emotional journey across landscapes and borders, an innocent curiosity for what lies both beyond and within. At Louis Vuitton, travel goes beyond discovering a physical destination, it is equally a process of self-discovery, a personal journey. 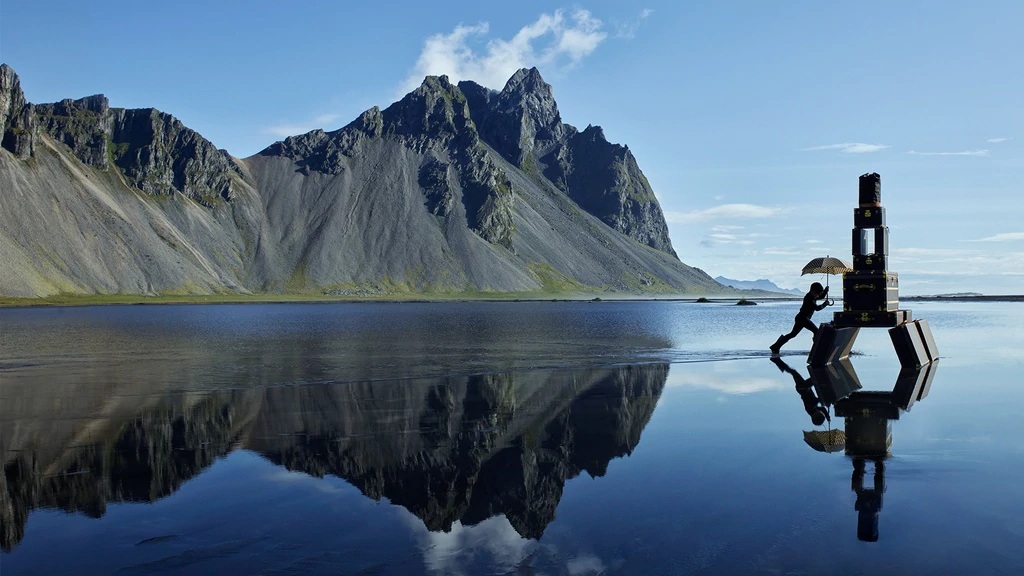 Through an entirely local production team, dreamlike settings photographed by Viviane Sassen come to life as the core values of the House are translated into imagery: the Art of Travel, dreams and escapism, transmission from generation to generation, and continuous optimism. 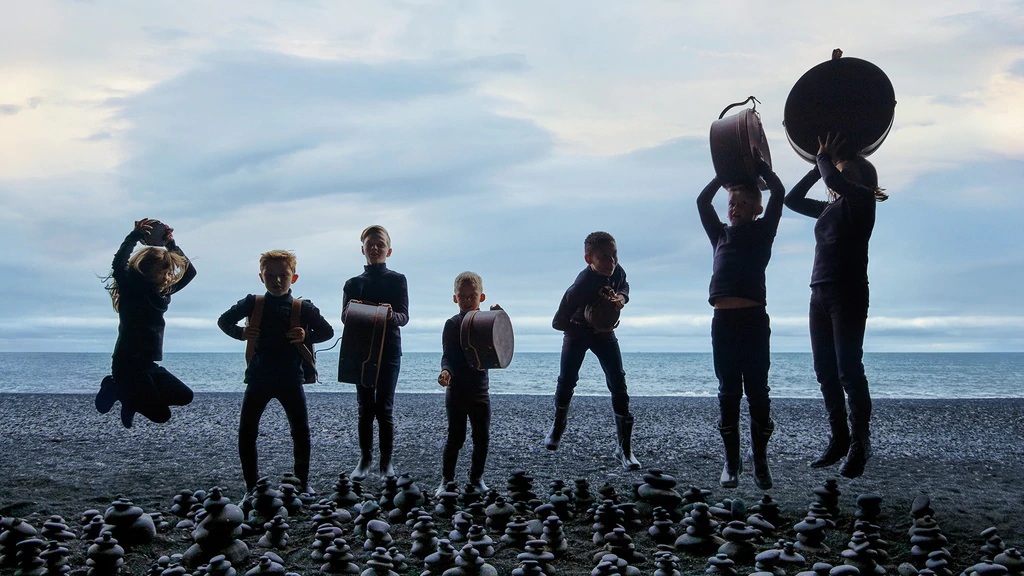 Imagination takes flight to Iceland, the Land of Fire and Ice, an island of light and darkness with mesmerizing landscapes. Through contrasting scenery, from the island’s southern black sand beaches and mystical peninsulas to the northern dramatic glacier lakes and small lava caves, children appear, as if in a reverie. Beds of ice and snow lay softly on background plains, with shy rays of light daring their way through the misty skies.

The high standing mountains mirror themselves in the infinite pool of water, calmly sectioning off colors of blue and grey. The inner child is set free towards a dream, gazing upon the bright future with a sense of innocence and joy. 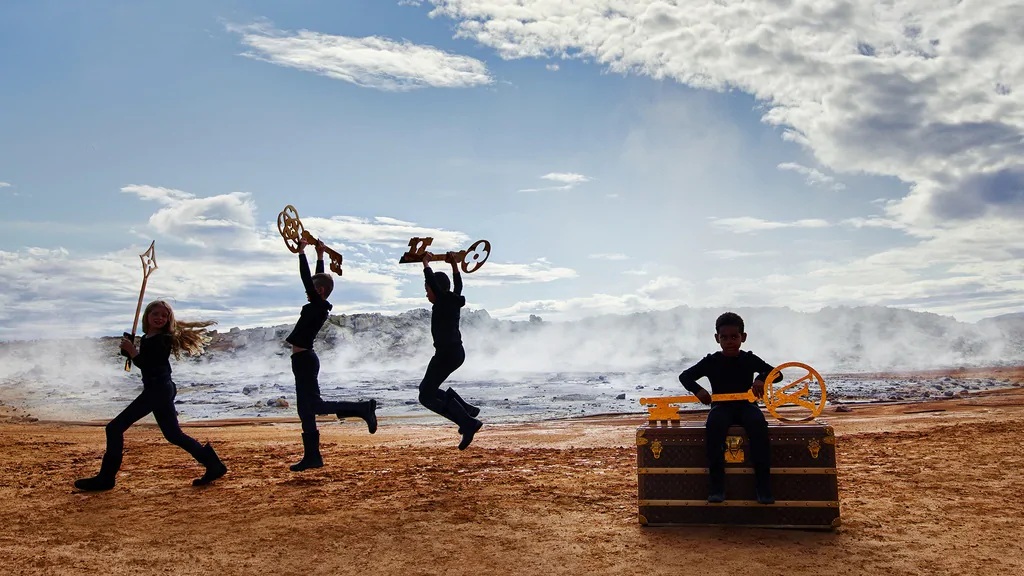 And as in a child’s world, anything is possible: hat boxes become musical tambourines, Alzer trunks magically morph into an Eiffel Tower, the surreal sized keys to trunk locks parade along the island’s coastline. A sense of freedom with the lightness of tomorrow, a voyage to a land within. 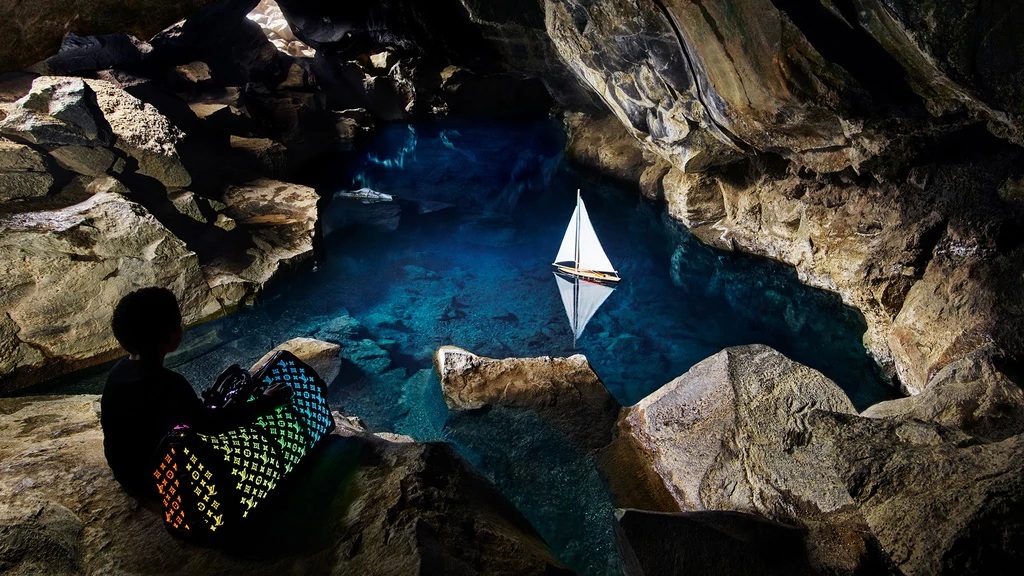 Photographer Viviane Sassen takes her lens on an emotional journey beyond Iceland’s ethereal landscapes for the House’s 2020 brand campaign. Icelandic school children venture across the island’s impressive nature, playfully exploring the horizons of the island. Since the 1980s, globetrotting photographers have captured the iconic Monogram and galleries of personality portraits in everchanging scenery, shot in unexpected corners of the world, each artist creating powerful imagery still relevant today.