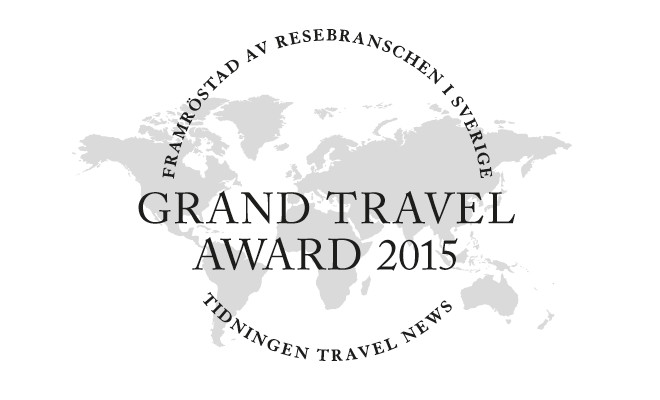 HTL hotels has been nominated yet again. This time for Digital prize of the year at Grand Travel Award 2015.

All digital platforms have been created by revising the existing hotel solutions, removing the old and traditional ways with an eye towards the industries that are best at e-commerce and smart check-in. From this, a new user-friendly platform was created as an innovation for its industry, with a simplified booking flow, clear pricing and simple check-in. To HTL high quality in all details is fundamental, and the digital experience is no exception.

- We have focused on improving the traveller’s experience and on providing the information they want, while having the courage to remove any unnecessary details. These are key values for HTL as a whole, including our digital platforms, says Gül Heper, Commercial Manager HTL hotels.

It is easy to check in at HTL. The guests can choose if they want to check in while on their way and receive the room key directly in their mobile phone, or if they rather use the hotel’s check-in tablet to receive a key card. Either way, there is no more queuing at a reception.

The smartphone app which provides the room key also provides hotel information and a city guide. To make the stay even smoother, HTL has completely removed the check-out process. This is possible since the stay is pre-paid.

The HTL hosts are also ready to assist 24/7.

The prestigious Grand Travel Awards will be held on February 11th, 2015 at Grand Hôtel in Stockholm, Sweden. HTL hotels is nominated together with Momondo.se and Goteborg.com.

Grand Travel Award is being held for the twenty third year in a row in February 11th, 2015. The story goes however back to 1993, when the event was founded by Travel News. The basic concept has been the same throughout the years: An industry prize to the travel and tourism industry’s most talented actors, where the winners are voted for by nearly 600 Swedish travel agency sellers.

The essence of a great hotel experience

HTL is a new hotel chain for the modern traveler who wants a great hotel experience in the best city centre locations at an attractive price.

The idea is simple: leave out the unnecessary and enhance the quality of the necessary.

The first HTL opened in Stockholm, May 2014 and we are opening two new HTLs in Oslo beginning of 2015.

HTL hotels is an independent hotel company and brand. HTL hotels is part of the Scandic group owned by EQT (84%) and Accent (16%).