Hotels in Stockholm – Where to go for a stylish stay 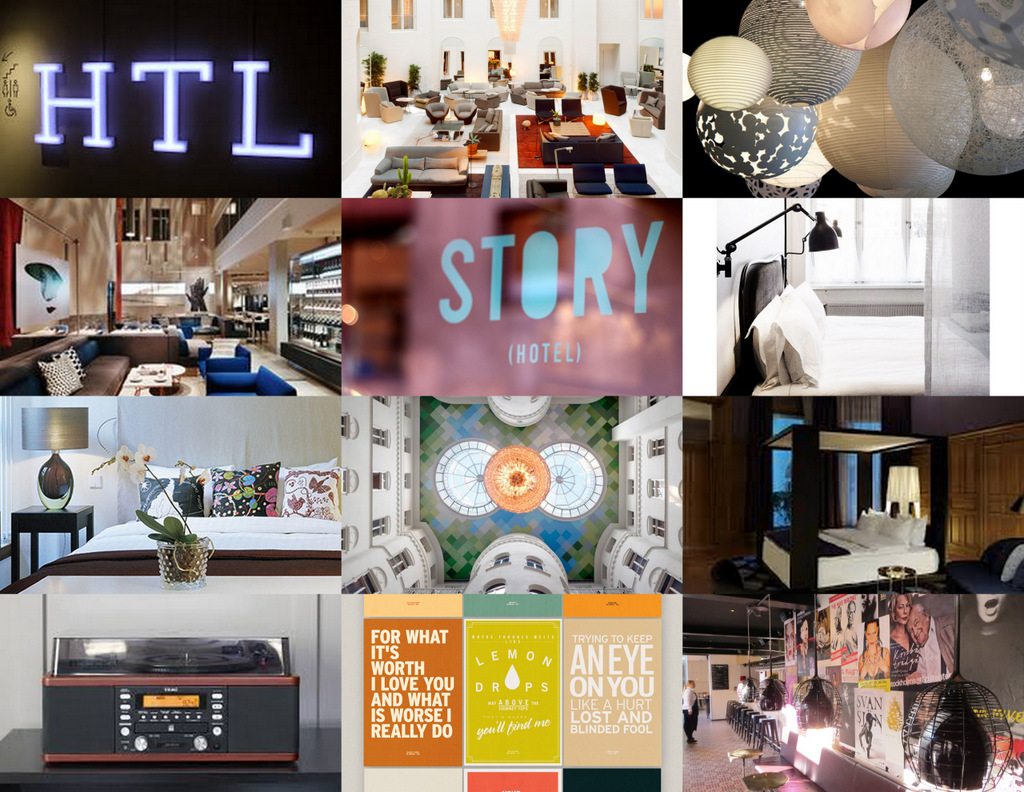 “Cool” and “Stockholm” are essentially synonymous. Discover Scandinavian chic and the newest cool hotels for a vacation in this amazing city. Our hotel guide offers a wide selection of hotels with different styles and prices.

Miss Clara is the Nobis Group’s new first-class hotel, located at Sveavägen 48 in Stockholm — one of the most bustling urban addresses in Sweden and the entire Nordic region. Miss Clara opened up 3 April 2014. 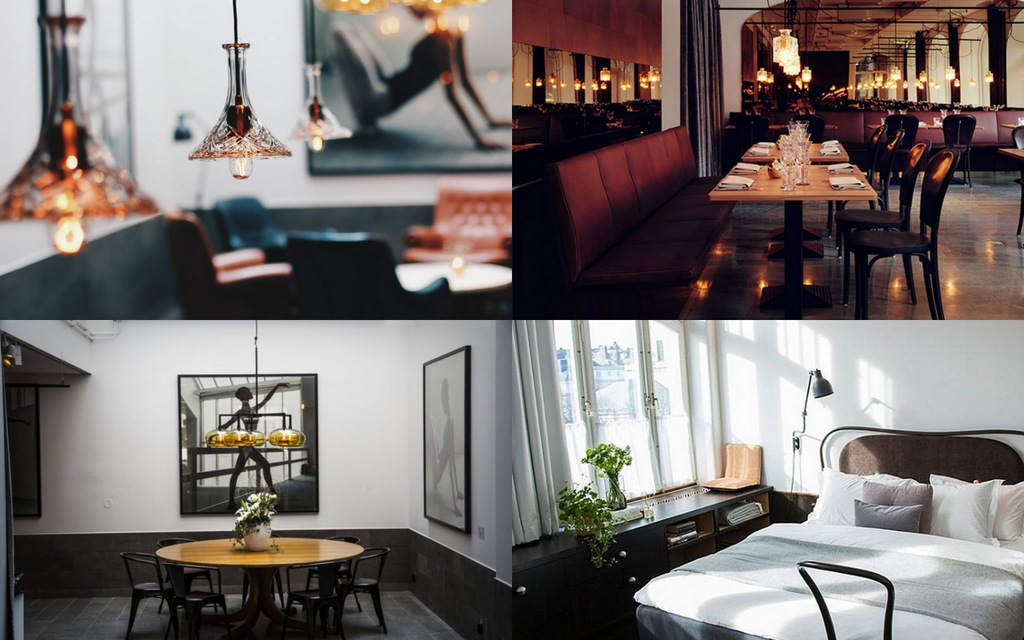 The 92-room hotel is housed in the former Ateneum girls’ school building, erected in 1910. The building was designed by architects Hagström & Ekman and is considered one of Stockholm’s most exquisite Art Nouveau edifices. The old girls’ school has been transformed into an elegant and comfortable international business hotel by Wingårdhs, one of Sweden’s leading and most internationally renowned architecture firms, under the leadership of architect Gert Wingårdh. 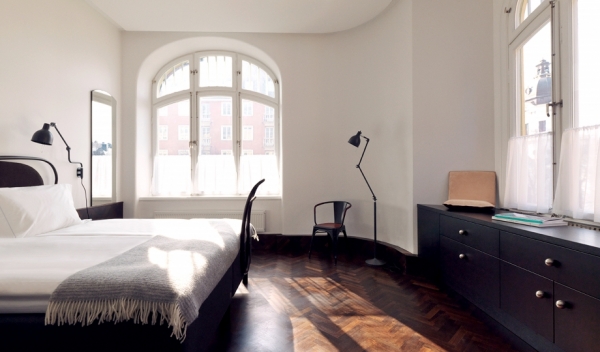 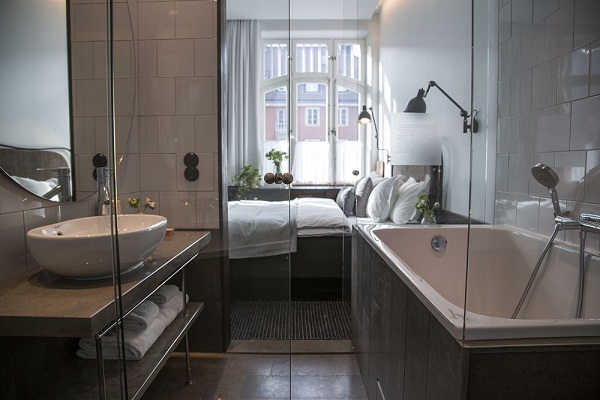 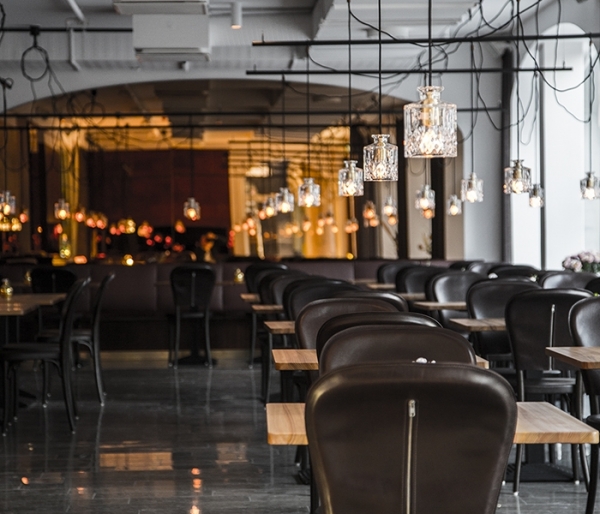 “The philosophy of Story Hotel is to combine design and innovation with an attractive location in downtown Stockholm. Our mission is to offer a smart, stylish and new kind of hotel for today’s traveler.” 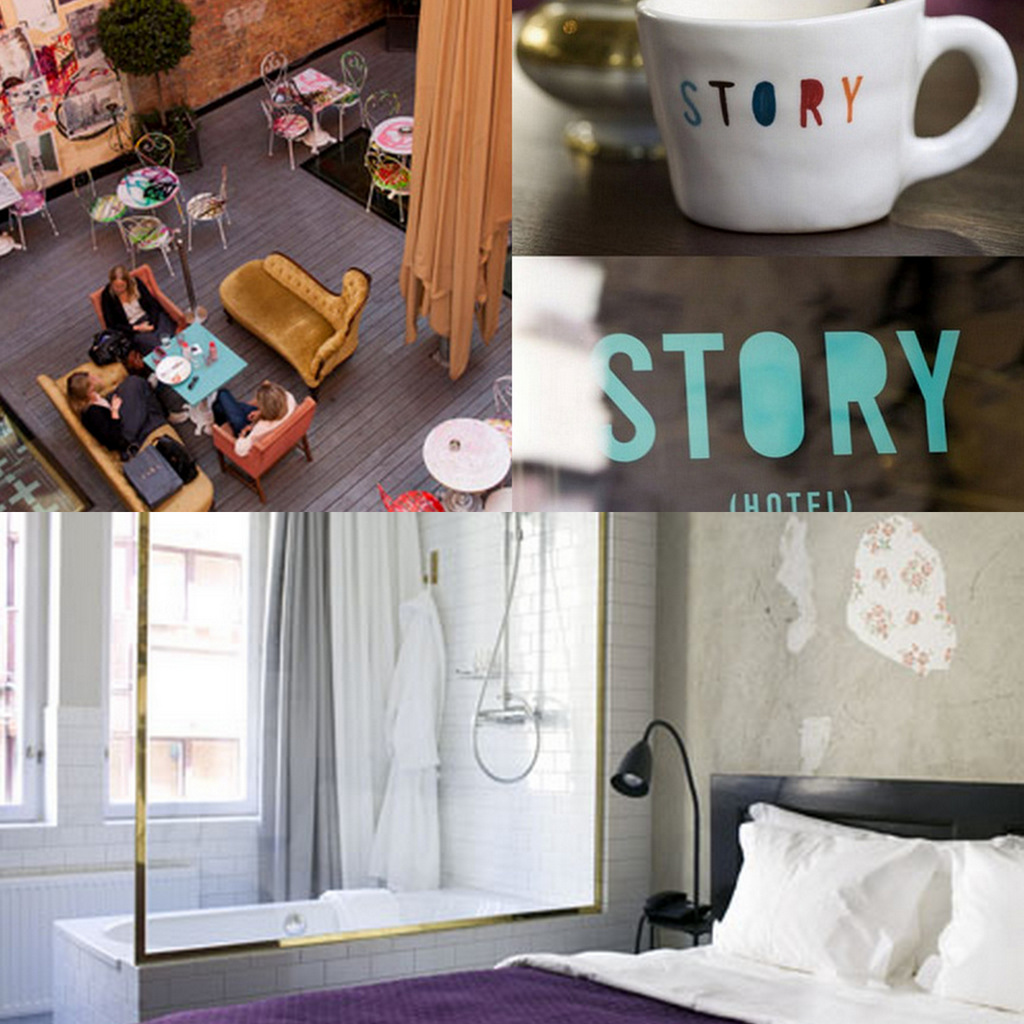 The hotel Story is located right in the hub of business, shopping, nightlife and culture in the very center of Stockholm, in the “posh” neighbourhood called Östermalm. The location is close to Acne, Gucci, J Lindeberg, Filippa K and all the other nice shops around the corner. It’s filled with modern art, due to a collaboration with Wonderwall, a Swedish company specializing in affordable art prints from cool artists. 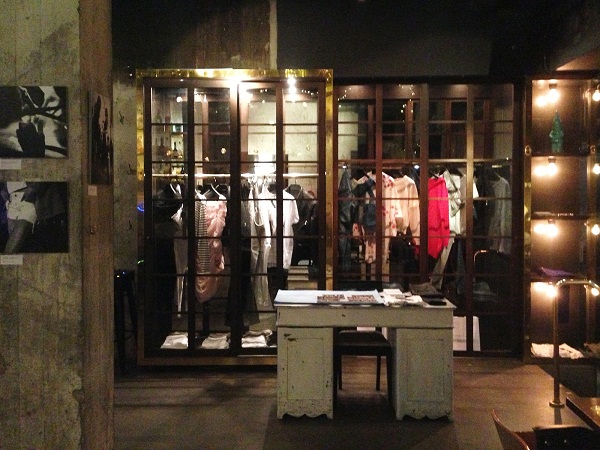 Between the lobby and bar they have tucked a small boutique with carefully chosen clothing labels and accessories from Milan and New York.

The Attic apartment is an amazing spot with a huge bathroom, pantry, workout space and spectacular views of Stockholm. Lily Dam suite, where you can easily pretend you’re in your own hip flat as you survey the city from the two private balconies.

Kitchen has the same industrial-chic style as the rest of the hotel, pairing bare concrete with some particularly plush purple velvet. The ever-changing menu is the main attraction.

HTL on Kungsgatan is a new hotel with a top downtown location, high quality and attractive prices. It is designed by Koncept Stockholm, which is also behind the amazing Scandic Grand Central, Story Hotels and B.A.R. restaurant, among others.

The guests check in to one of the 247 well-designed rooms with their mobile phones. HTL has a timeless and smart décor, and with a great dose of Nordic cool. 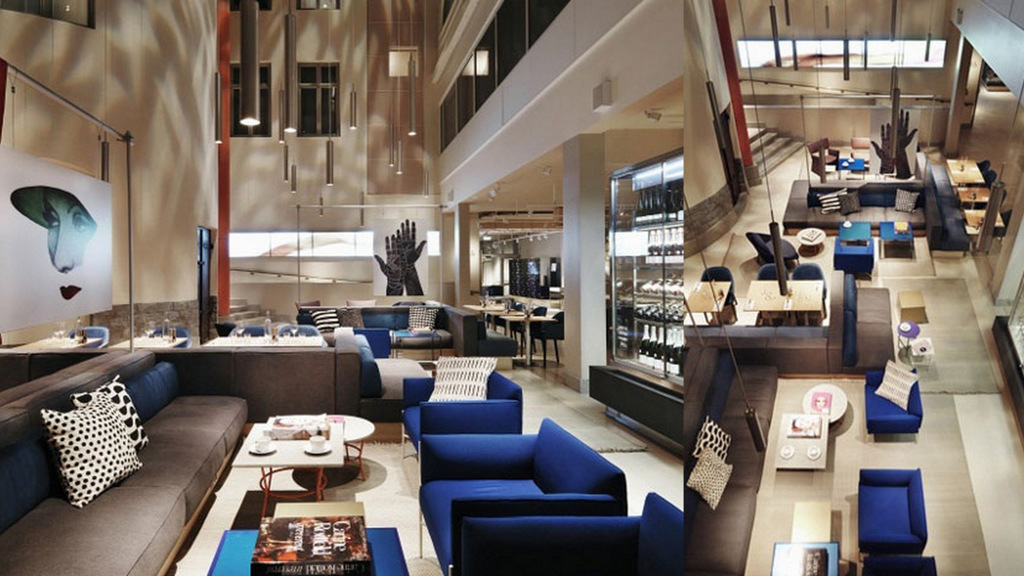 “It’s feminine and sporty, a bit like a cashmere sweater with an edge.” – Koncept Stockholm 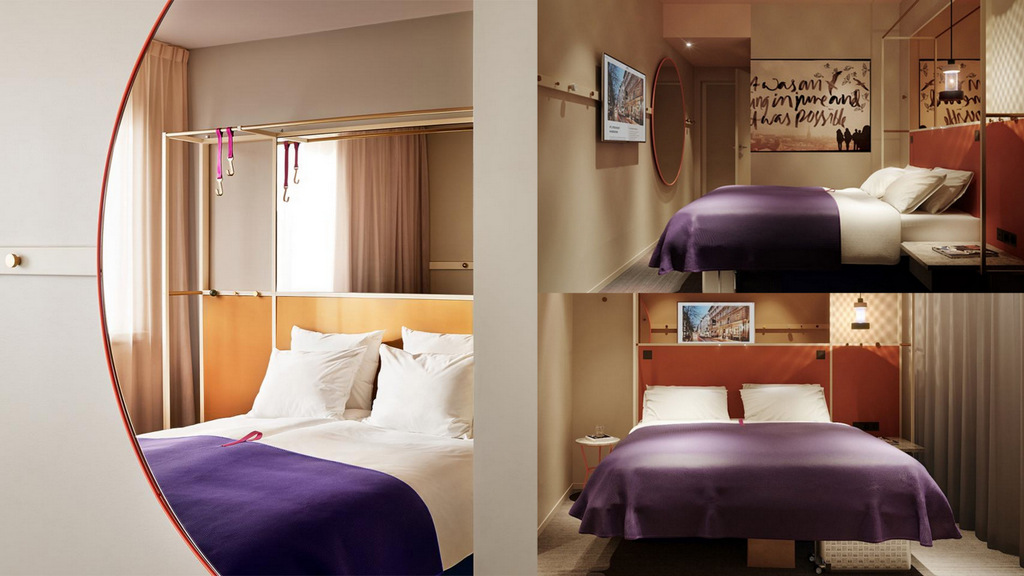 “The room should be a calm and peaceful space, that together with elements of modern and technical materials create an active energy.” – Koncept Stockholm

After a refreshing shower we propose a drink in the courtyard. The location on Kungsgatan is perfect. You’re right in the heart of the city. 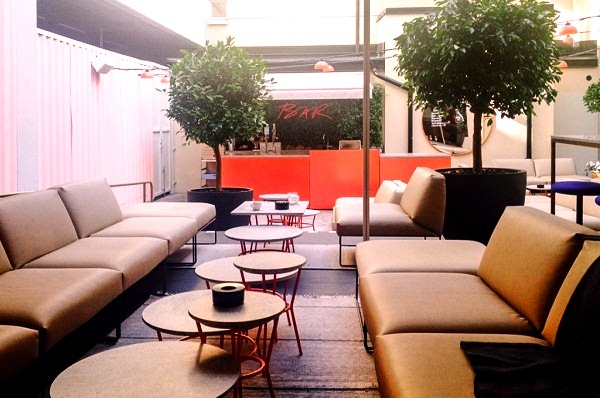 Boutiquey but big, with 82 rooms, Berns Hotel was built as a restaurant in 1863; then reincarnated more than a century later as Stockholm’s best-loved hotel and entertainment palace. This magnificent hotel is located in the heart of Stockholm in one of the most beautiful historical buildings in the city. Awarded “Swedens Leading Boutique Hotel 2011” by the prestigious World Travel Awards. 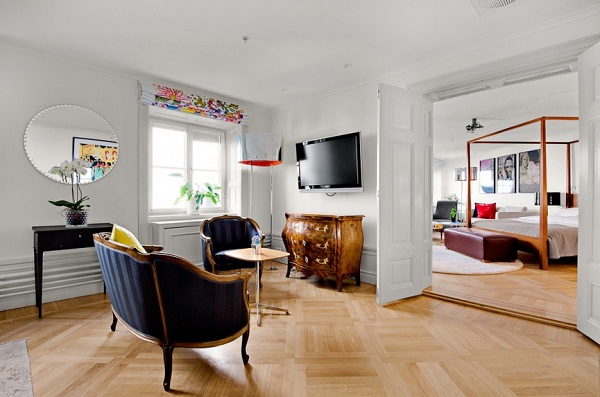 Rooms are cosy but not tiny, and the entire hotel is dripping with style: the wood panelling feels both modern and warm, and the rooms and public spaces are being updated with new Italian and Scandinavian design elements all the time. 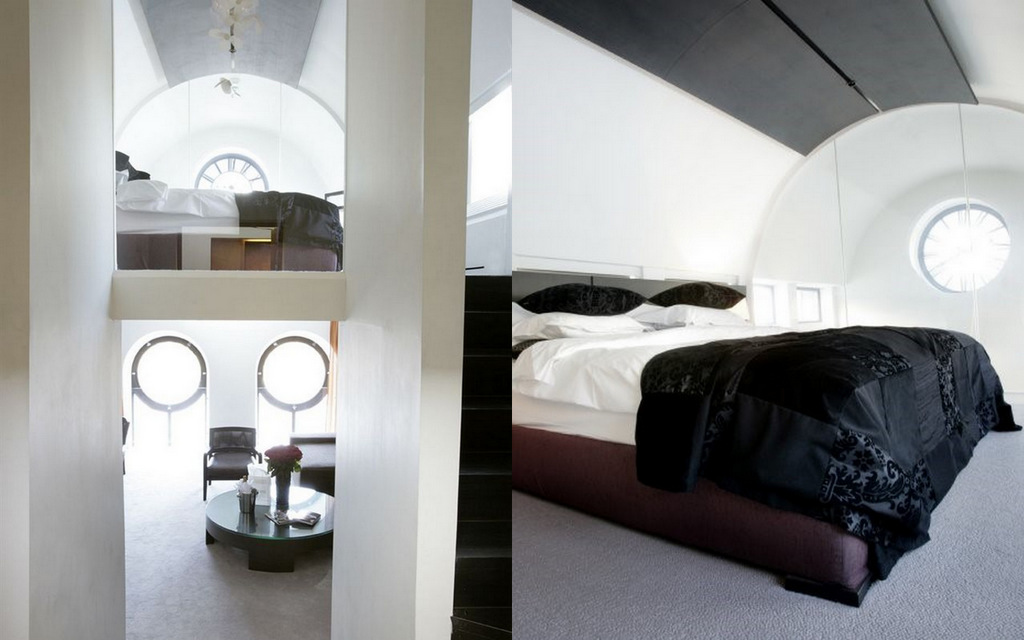 Berns makes no secret about who has slipped between its sheets – its staff and website demurely name-drop its history of high-profile guests. Everyone from the Dalai Lama to Lady Gaga, Blur to Buzz Aldrin have stayed here. Aretha Franklin, Bob Dylan and, more recently, Rihanna, have all played to a packed audience in Stora Salongen, one of the country’s leading concert venues. 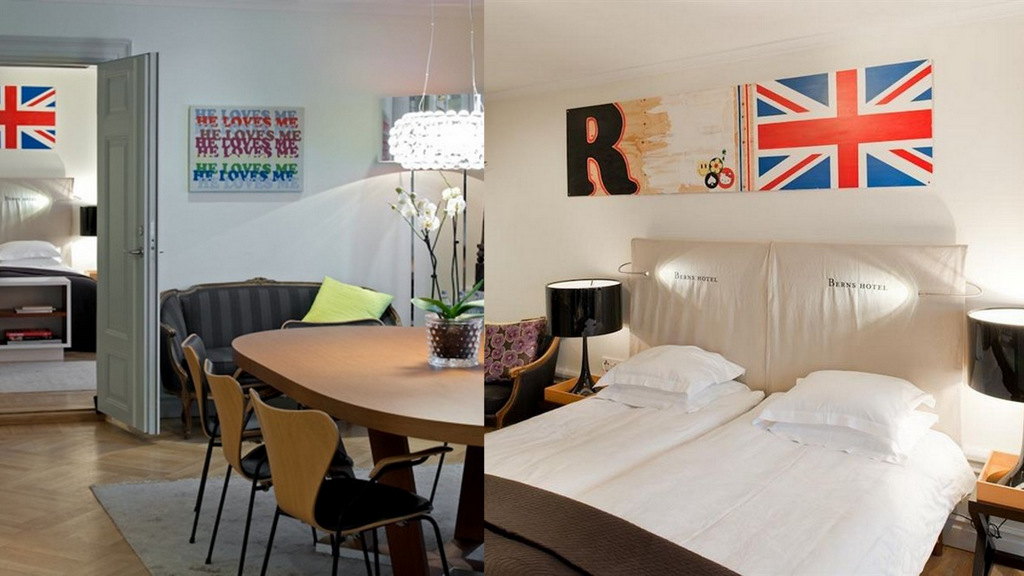 There is Asian brunch at the Berns Hotel. The room is beautiful and the sushi, salads, soups and desserts are bountiful. Berns offers not only a place to sleep, but also one of the best night-clubs in Stockholm for late night fun. When you check in on a Wednesday to Saturday you will get a VIP wristband allowing you to jump the queues to the best nightclubs of the central city. 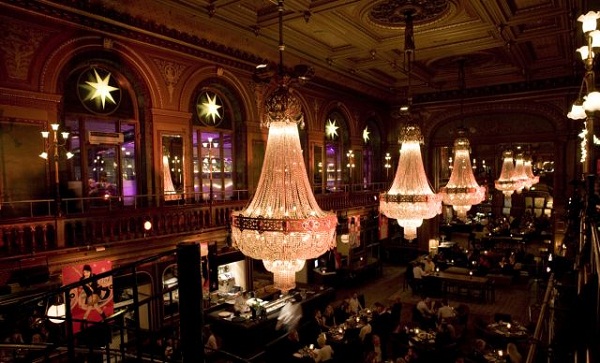 Nobis was one of the hottest openings of 2010. Located on Norrmalmstorg Square, in the heart of the city’s shopping and entertainment district, the hotel is set over two grand, 19th-century buildings and is close to a number of top restaurants and bars. Design trio Claesson Koivisto Rune created edgy interiors within the historic shell, and a modern theme runs throughout the hotel. 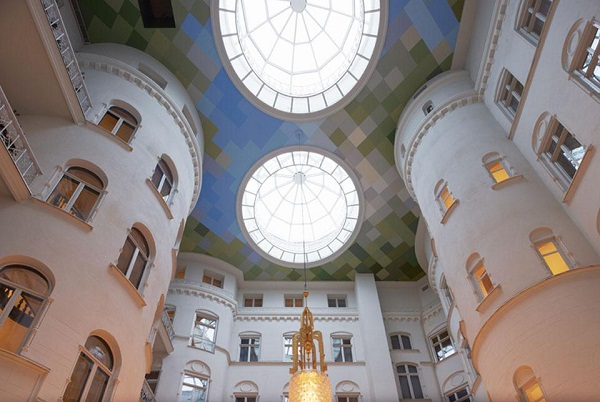 The 201 rooms all look calm, but also sophisticated, offering the best comfort and the latest technological means. So you will see the modern furniture and all the modern appliances combined with the old-fashioned, but amazingly beautiful building materials like marble and stone, the classic rooms with high ceilings staying close to the very modern and luxurious bars and restaurants. 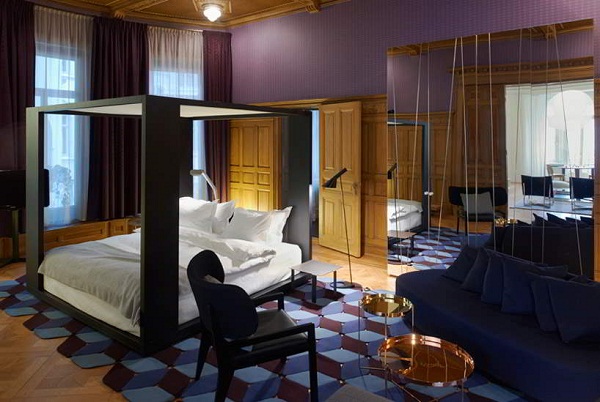 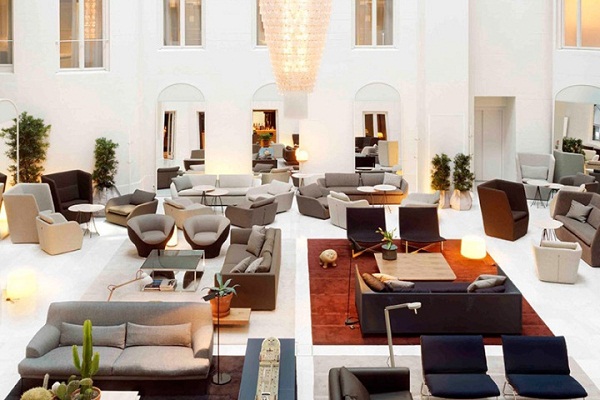 The warm urban decor of the Gold Bar brings in the crowds during all week. This glamorous bar offers a constantly changing fare of spectacular and irresistible drinks and cocktails, mixed under the leadership of bar manager Robert Radovic.

Opened in 2013, Hotel by Maude is situated in the business district of Solna, this hotel is close to Solna Business Park, Solna Centrum Mall, and Friends Arena. Also nearby are Solvalla and Karolinska Institute. 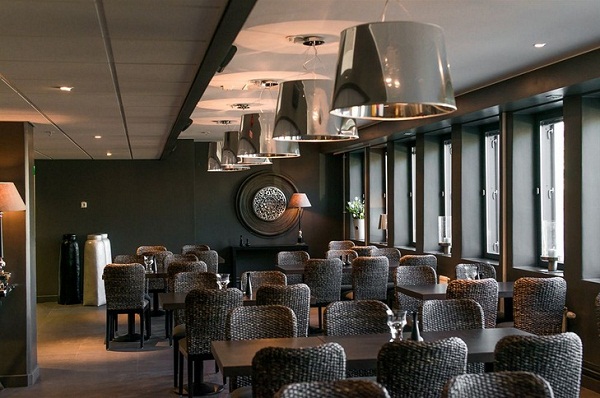 Apart from beeing the owner, Maude Ärnström is also the interior designer of the hotel. You will recognize the style from her two previous hotels, Maude’s hotel Enskade and Maude’s Hotel Solna, but at the same time it is completely different. Maude has created a space that is both grandly elegant and comfortably homely, sophisticated but unpretentious. 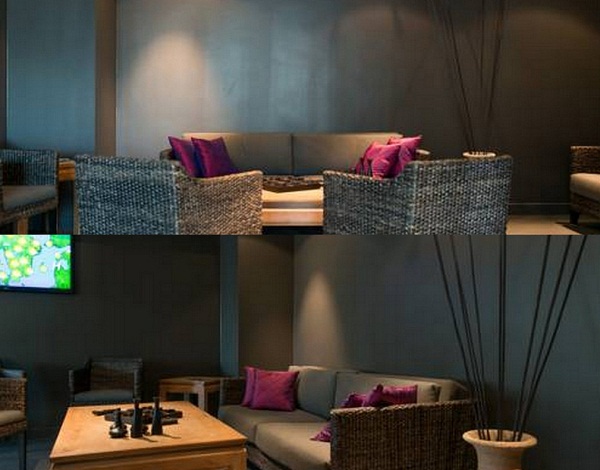 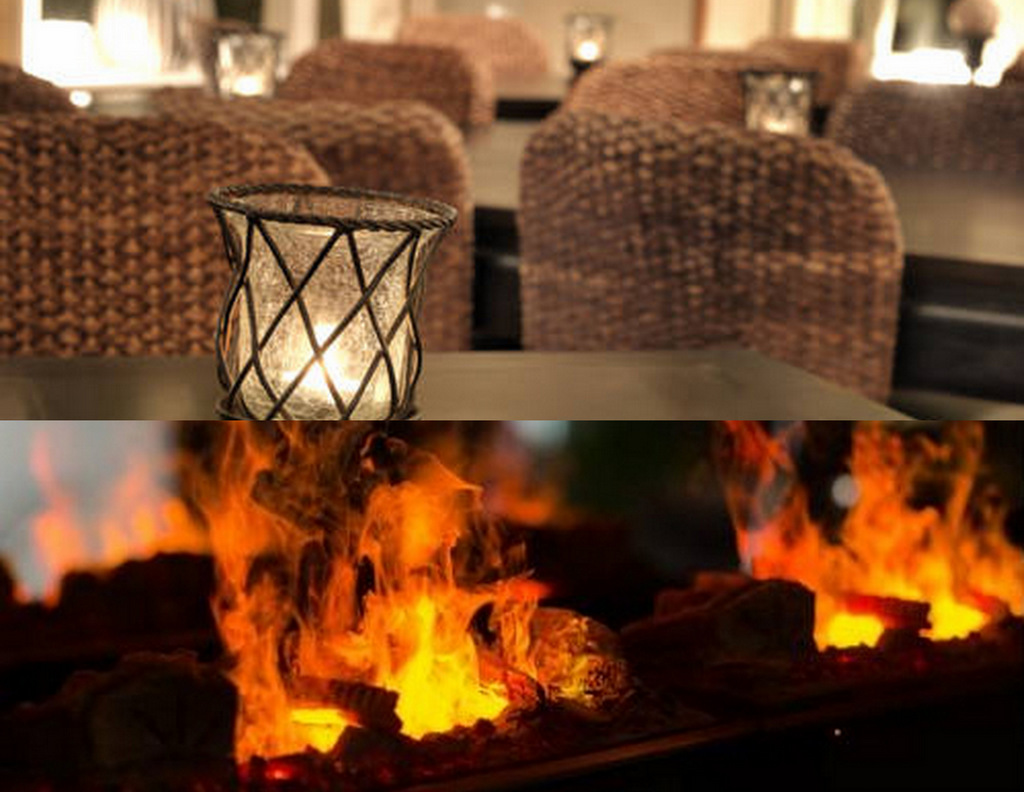 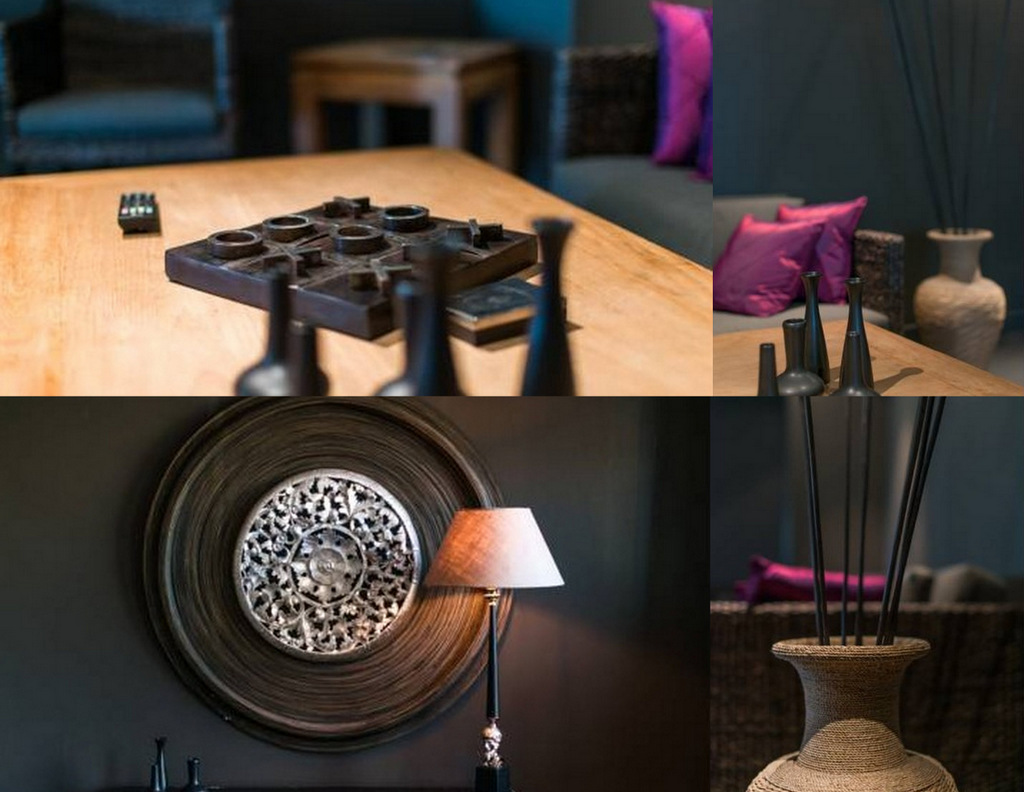 The hotel has 65 fantastic rooms designed to cater for business guests as well as for leisure travellers. 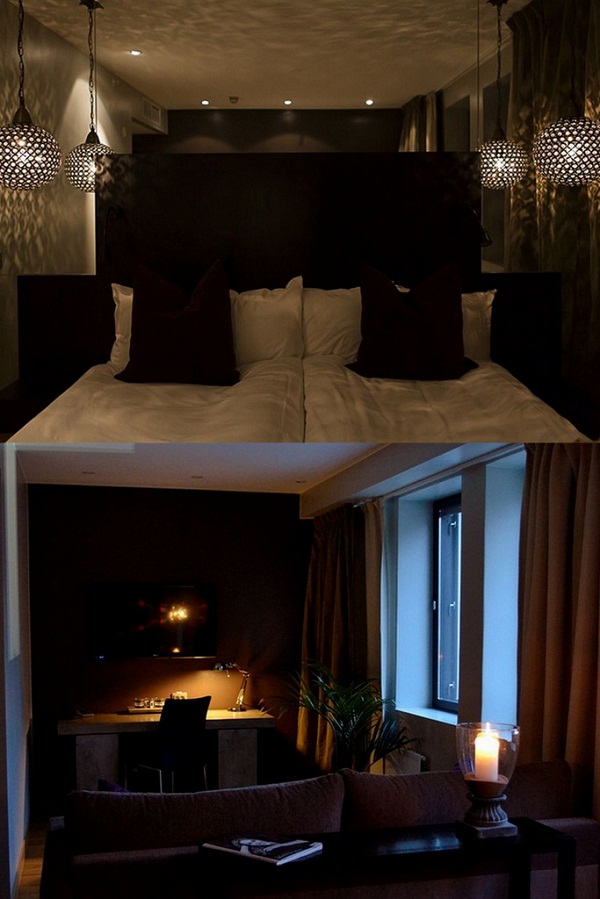 Here are some of the features that describe this hotel best of all: comfort, personality, warmth, atmosphere, mediterranean style and modern elegance, contemporary timelessness and durable quality. 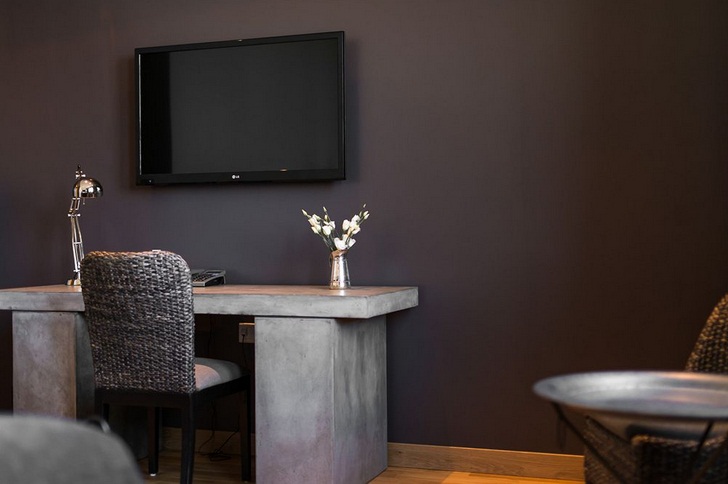 Guests also have free access to the modern and fully-equipped on-site gym. If golf is your passion, you’ll find a nice Ulriksdals golf club nearby.

Stockholm city centre is an 8-minute train ride away and the centre of Solna can be reached in 5 minutes by tram.

All their guests have a special discount in the restaurant Pontus by the sea.

In the crossing of Kungsgatan-Vasagatan you´ll find Scandic Grand Central located in a beautiful, classic building which is 130 years old. Opened in October 2011, the 391-room Grand Central is the stylish flagship of Scandic Hotels, a Swedish brand with more than 150 properties across Northern Europe. Scandic Grand Central is top modern hotel with a trendy atmosphere. The interiors was designed by the hip hometown firm Koncept Stockholm. 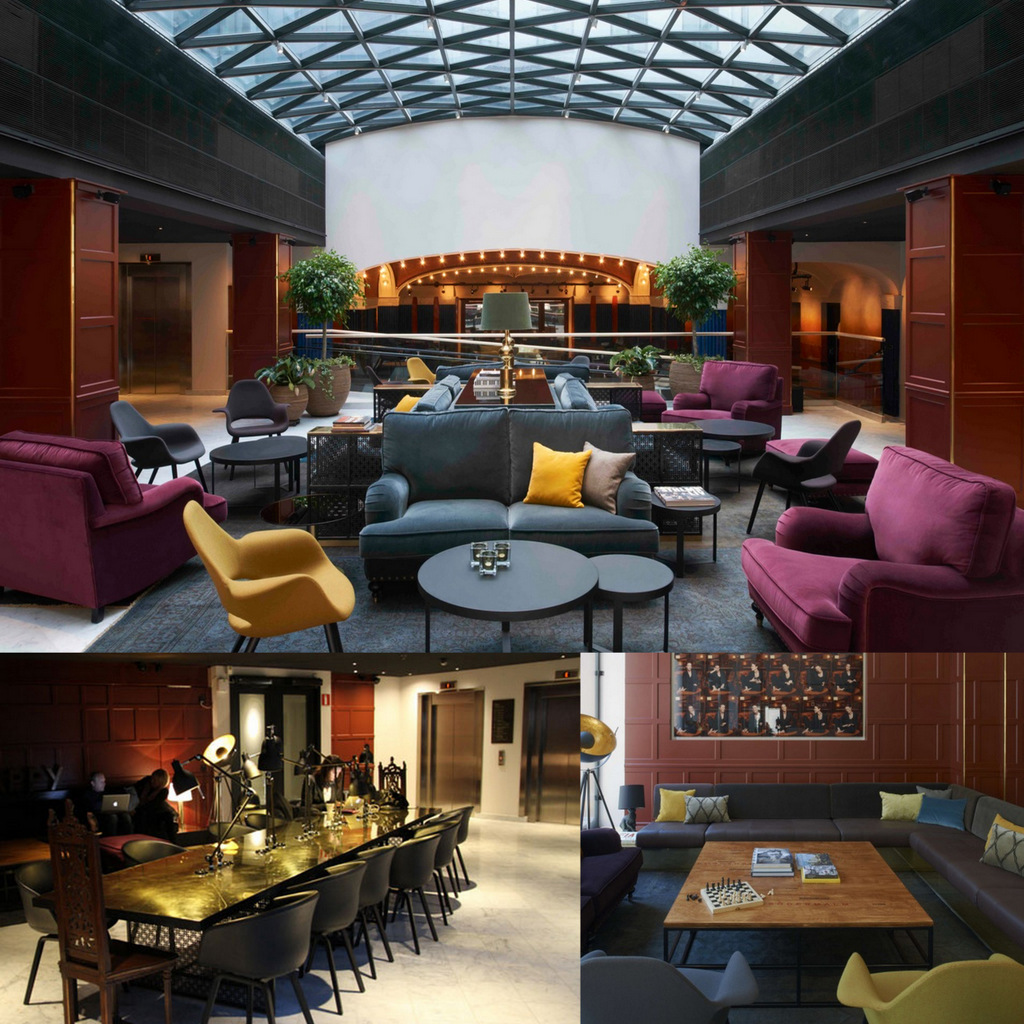 The hotel lobby is an appreciated space with a calm atmosphere where you can sit down for a drink, relax or use your laptop and the free wi-fi. You can enjoy excellent meals in restaurant Teaterbrasseriet or have a drink while listening to live music in the Bistro and Teaterbaren. 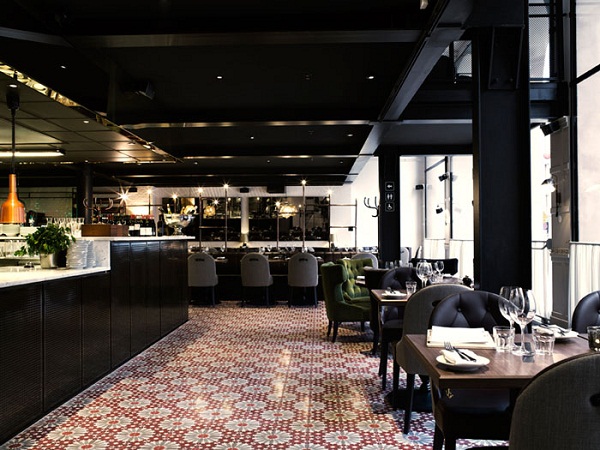 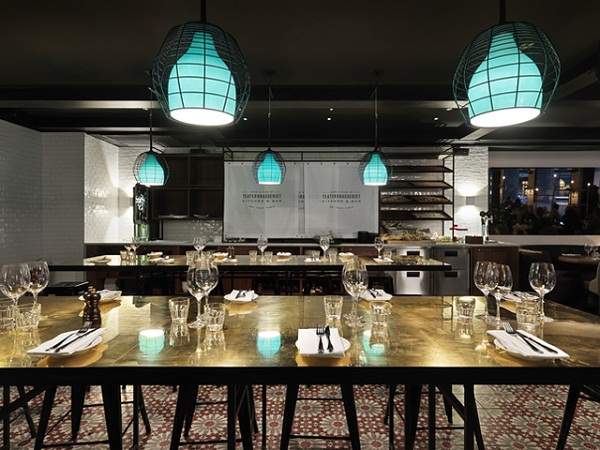 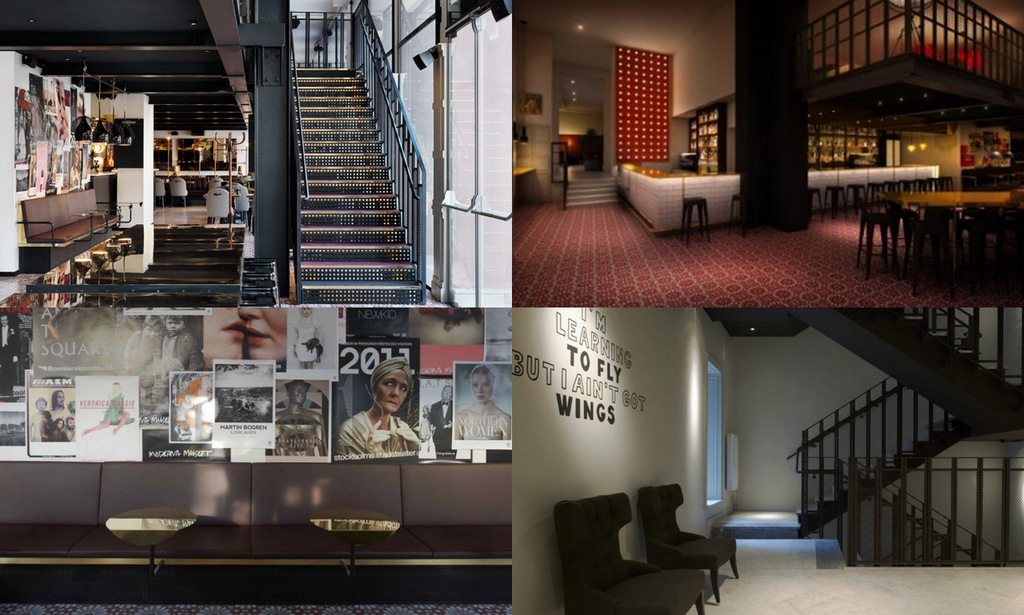 The hotel has a music theme, there are song lyrics stenciled on the hallway walls and a lively atmosphere that attracts guests and locals alike. 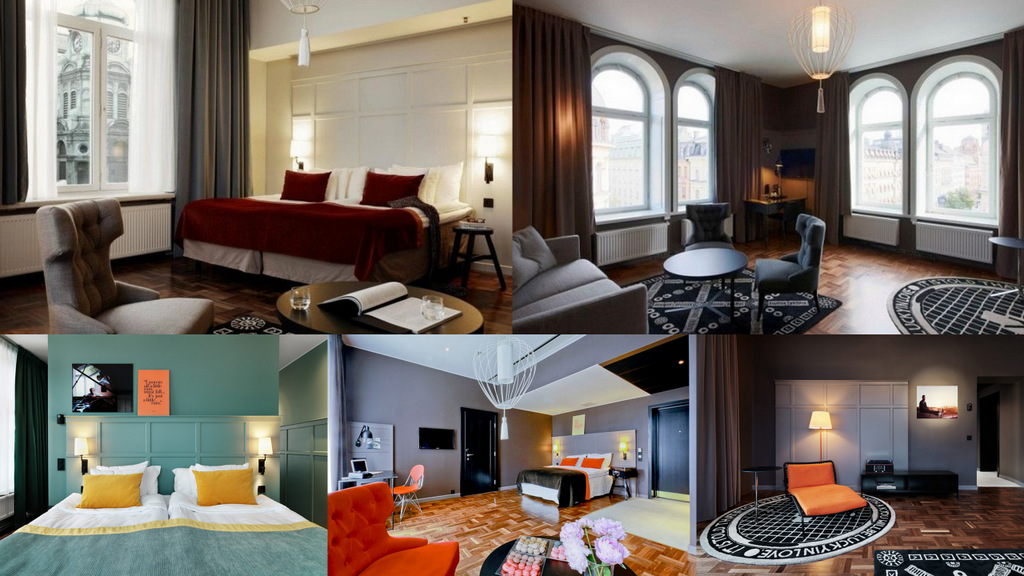 The rooms are all decorated in the same chic style and have nice and modern bathrooms.
The best feature, however, is the record player and stack of vinyl records — Aretha Franklin, Freddie Mercury, Diana Ross, and Cat Stevens, among many.

Fashion Week in Stockholm is proud to be able to welcome Björn Borg to this season’s fashion week for spring/summer 2015. Other top brands that have already confirmed their participation include Filippa K, Cheap Monday,...