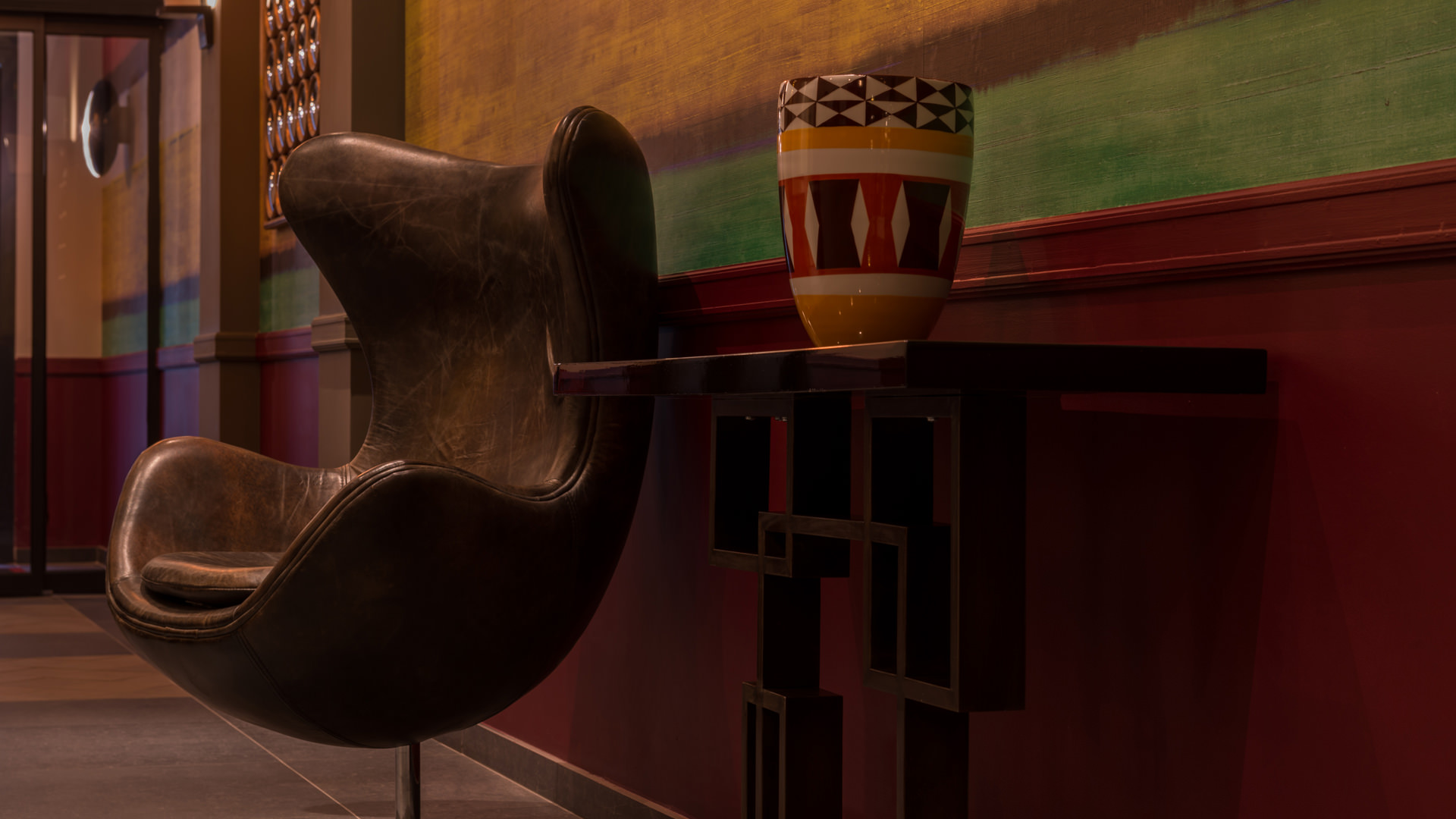 Hotel Adèle & Jules is a 4-star boutique hotel located in the 9th arrondissement on the right bank of the Seine close to the Opera Garnier, the Grands Boulevards, the Folies Bergère (Cabaret Music Hall), the Musée Grévin (Waxworks Museum) and the Gourmet Chocolate Museum. It has very urban and chic style, where retro elements are mixed with elegant furniture and textiles – A very stylish and modern combination! Ideally nestled in a quiet private street, this hotel is a tranquil little haven just steps away from the buzz of the cafes, stores, and a vibrant street life. 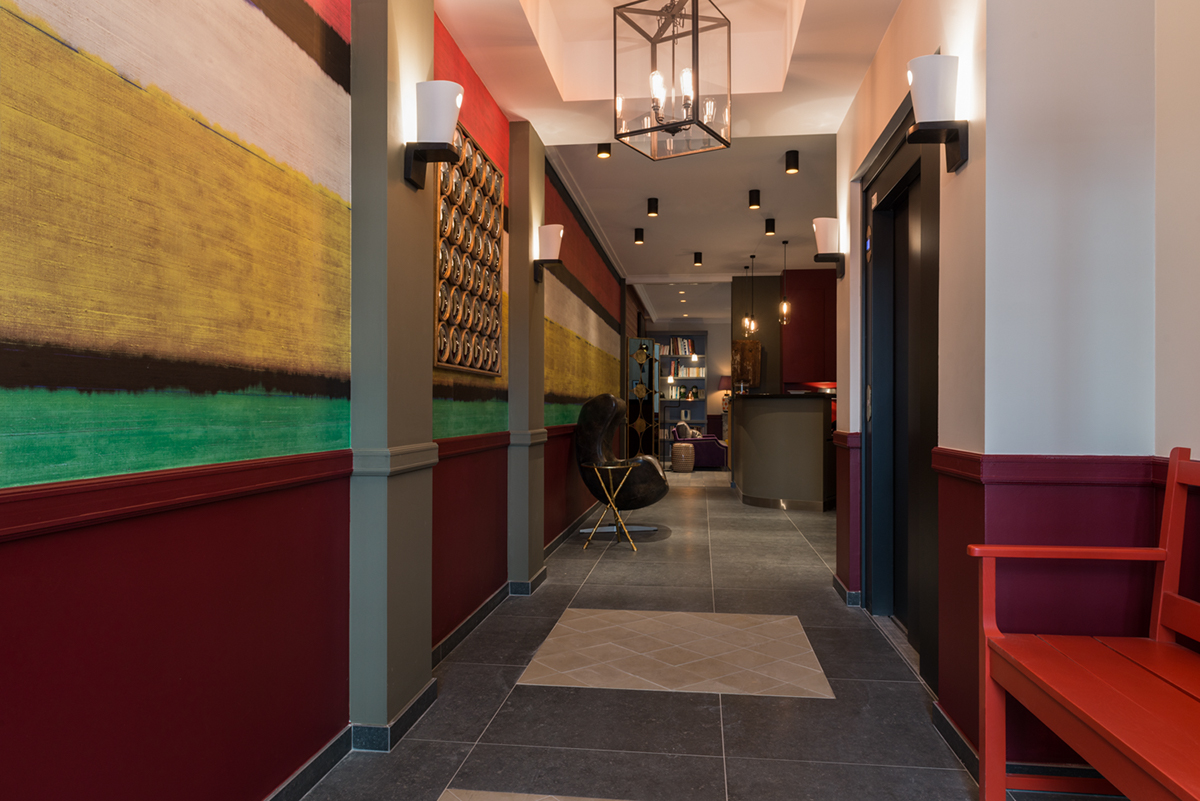 The hotel is privately owned by Nicolas de Lattre and his mother Sylvie de Lattre (a former property developer)– who also owns Hotel Recamier in Saint-Germain-des-Prés, and Hotel Thérèse next to the Louvre museum. We were welcomed by the General Manager, Nicolas de Lattre , who was kind enough to talk with us about the hotel’s development and general idea behind this newly artistic gem of his family. 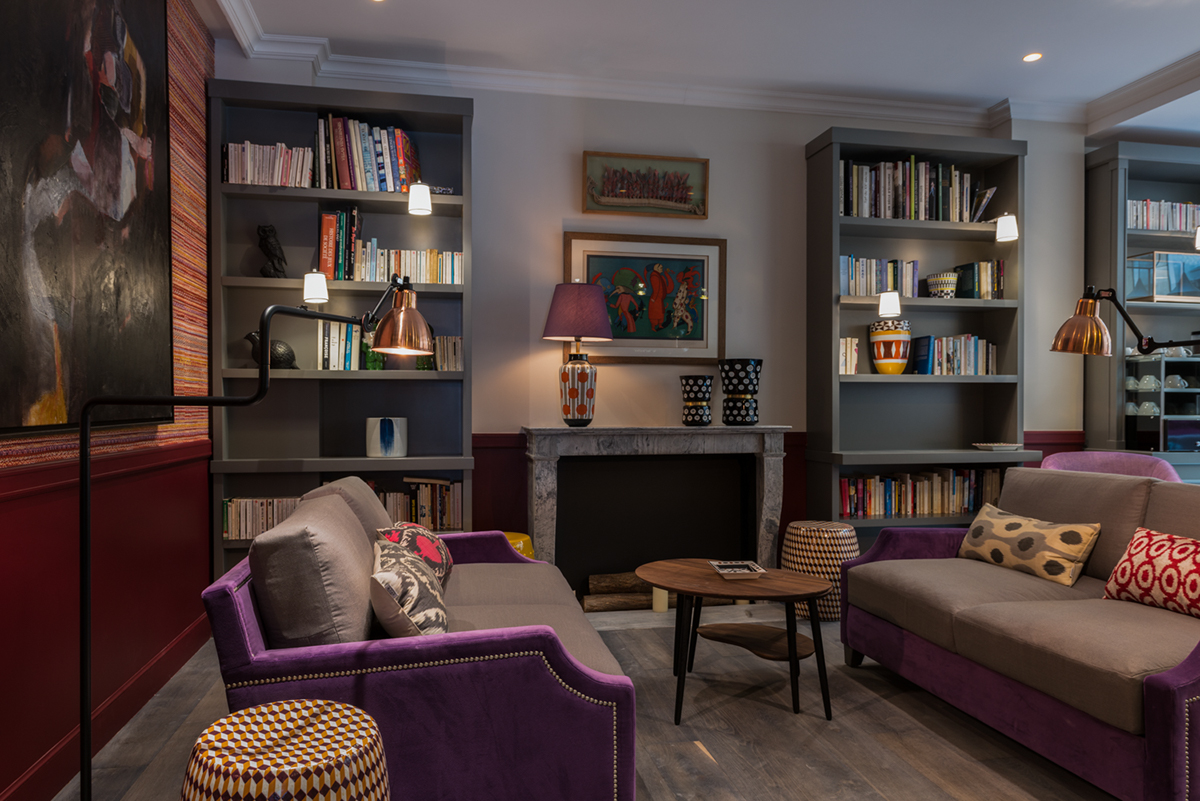 Designed by architect Artefak – Bastie & Behzadi, property is split between two mirrored buildings, each possessing their own breakfast room, honesty bar and 30 rooms. Colorful and fabulously designed interiors are created by Stéphane Poux, one of Paris’s leading interior designers, widely known as expert for colors. And yes this is the first thing that we noticed- extremely imaginative way of mixing and blending colors, one into the other, creating different shades and contrasts that give the space unique and urban feel. There are six floors with six different color schemes and graphic motifs. The hotel offers variety of rooms such as Parisian Superior, Faubourg Deluxe, Boulevard Club and Capitale Junior Suite. 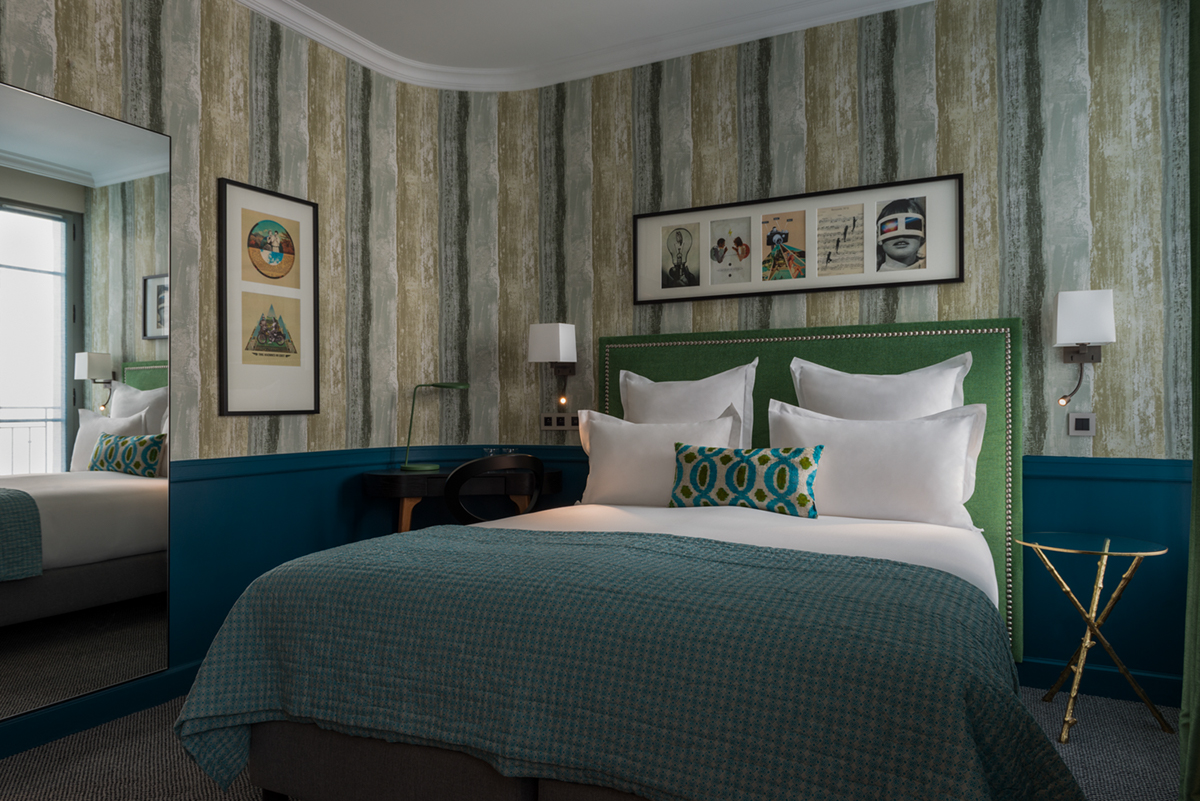 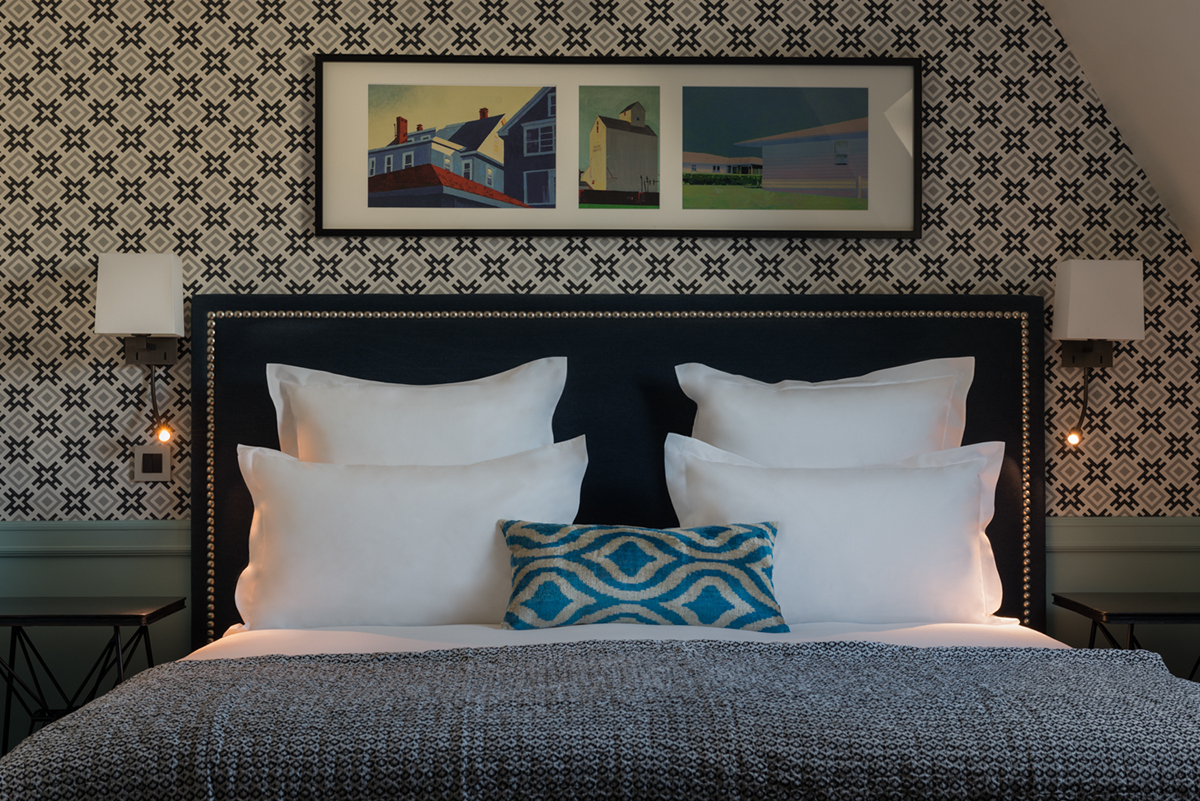 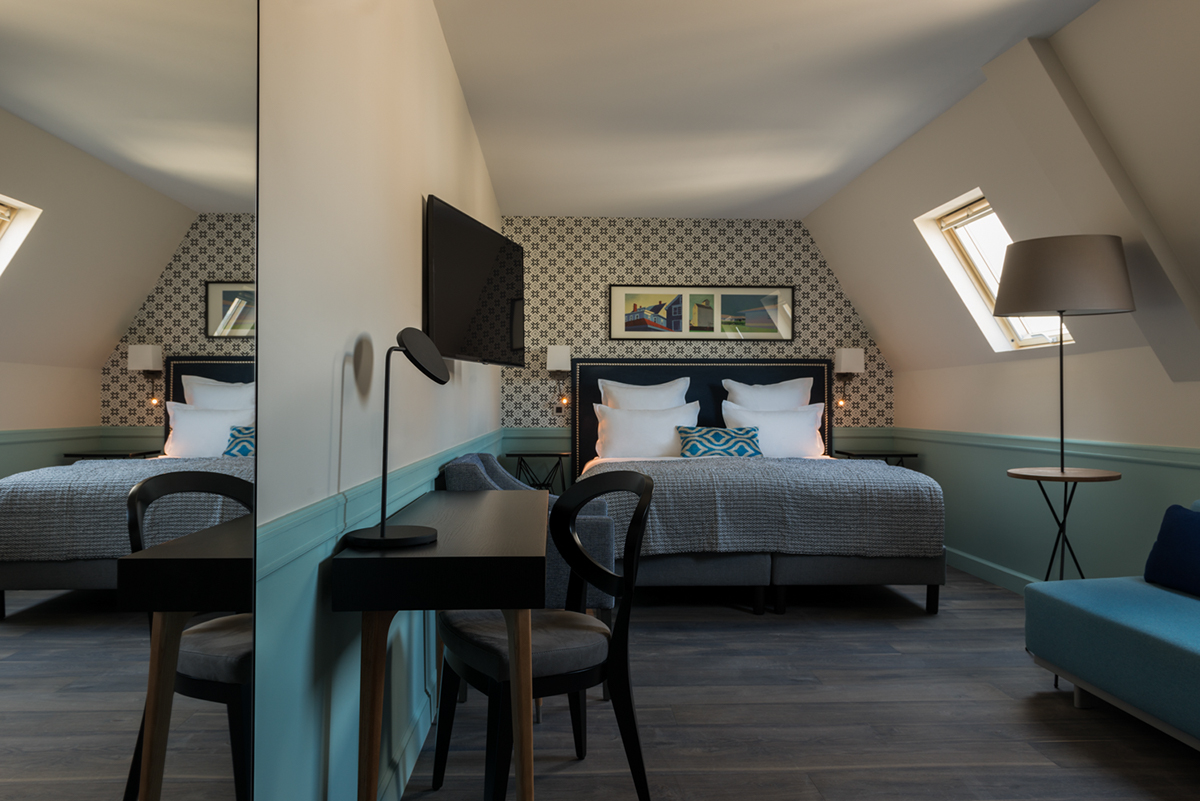 The bar and lounge have a modern bohemian look, offering the perfect place to have a few drinks with friends. Breakfast is served in the lounge or in the room from 7am to 11am, while complimentary Tea Time is from 4pm to 6pm. 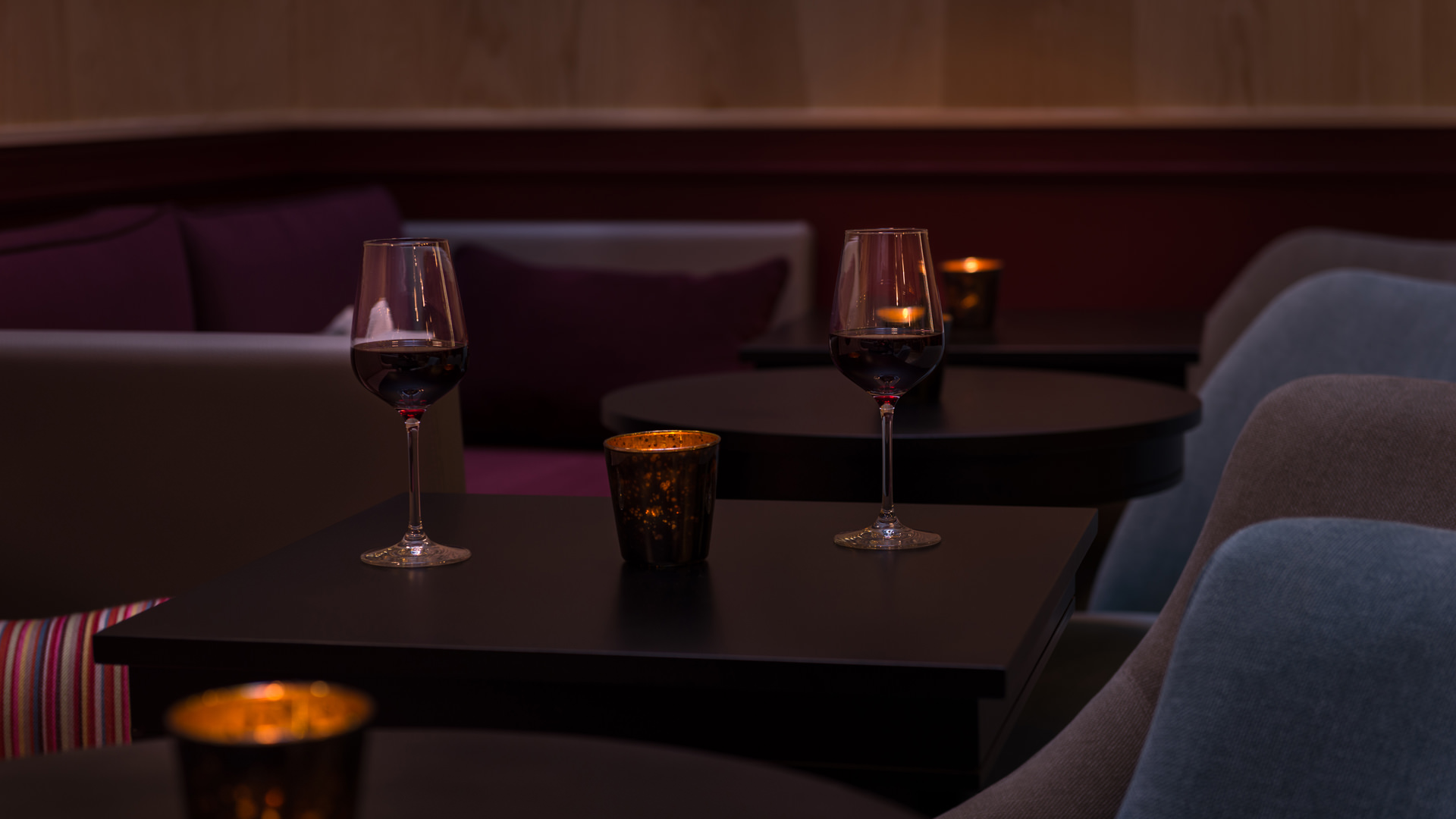 For guests with energy to spare, the fitness room is there to give you a boost, and for business customers, a pleasant meeting lounge is available with a private bar.

Adèle & Jules is a smart, stylish and new kind of hotel for today’s traveler. It is definitely another interesting option for accommodation when visiting Paris!