The Jury of the 72nd Cannes Film Festival announced 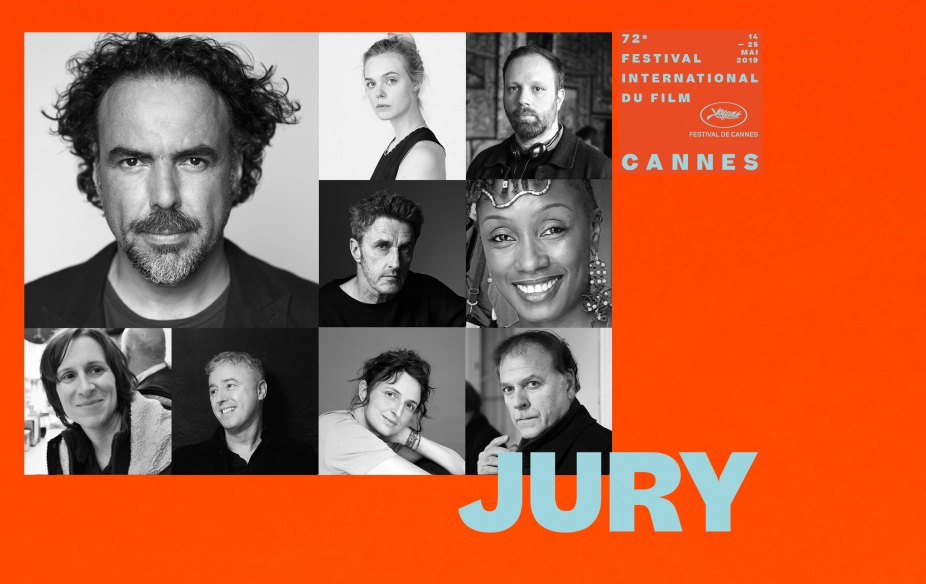 This year’s prestigious competition, unveiled on April 18 and championed by the press, with films from high level filmmakers as well as male and female directors accessing it for the first time, will be appraised by the next Festival de Cannes’ Jury (from 14 to 25 May 2019), inviting this year, under the first ever presidence of a Latino-American filmmaker, Alejandro Gonzalez Iñárritu : four women and four men, from four continents and from seven different nationalities.

Pierre Lescure and Thierry Frémaux have said : “The Cannes’ Jury is invited to see films directed by the greatest filmmakers of our time – which is the case again this year. Everyone of the directors being part of the competition also has to know they will be considered by strong artists – which is also the case!“

The Jury will reveal their prizes on Saturday, May 25 during the closing ceremony.

World famous American actress Elle Fanning made her debut as a child appearing in films including Because of Winn-Dixie (2005), Alejandro Gonzalez Iñárritu’s Babel, Phoebe in Wonderland (2008) and Sofia Coppola’s Somewhere (2010). In 2011, Fanning starred in her breakout role in J. J. Abrams’ Super 8, for which she received a Spotlight Award at the Hollywood Film Festival. She has since had leading roles in We bought a Zoo (2011), Ginger & Rosa (2012), Maleficient (2014), 3 Generations (2015), 20th Century Women (2016) and Mary Shelley (2017). She came back in competition at the Festival de Cannes in 2016 with The Neon Demon by Nicolas Winding Refn and in 2017 with The Beguiled by Sofia Coppola. Last year, she starred in Mélanie Laurent’s Galveston. She can currently be seen in Teen Spirit by director Max Minghella.

Winner at FESPACO and Trophées francophones in 2015 for her role in Eye of the Storm by Sékou Traoré, Maimouna N’Diaye grew up in Guinea Conakry before studying in France and becoming an actress with Otar Iosseliani‘s Chasing Butterflies (1992) and Michel Ocelot to whom she lends her voice in Kirikou (1996). She then moved to Côte d’Ivoire where she joined the theater troupe Ymako Teatri and directed in parallel documentaries including Warbassanga (1998), Tranches de vie presented at FESPACO in 2009 from portraits made during the dramas the country endured. As an actress, she has worked in television, short films and feature films such as Bol d’amour (2001), Gardens in Automn (2005), A Woman like no other (2008) and recently Ca tourne à Ouaga. She also founded the association Maimoundi.

Working within U.S. independent Cinema, critically acclaimed Kelly Reichardt made her debut film in 1994 with River of Grass. In 2006, her film Old Joy, won several awards and notably was the first American film to win the Tiger Award at the Rotterdam Film Festival. Her next film, Wendy and Lucy, was presented at the Festival de Cannes Un Certain Regard in 2008. She then directed Meek’s Cutoff, and Night Moves both presented at the Venice International Film Festival in 2010 and 2013. Her latest film Certain Women premiered in 2016 at the Sundance Film Festival and won the top award at the London Film Festival. Reichardt‘s currently in post-production for her new film First Cow.

Leading figure in Italian auteur cinema, Alice Rohrwacher studied Literature and Philosophy at the University of Turin. She wrote and directed her first fiction feature film Heavenly Body in 2011, which screened at the Directors’ Fortnight where it was awarded the Nastro d’argento. In 2014, Alice Rohrwacher returned to Cannes, this time in Competition, with her second feature film The Wonders (Le Meraviglie), starring the director’s sister, Alba Rohrwacher, and Monica Bellucci. The film won the Grand Prix and established her as a major female director of the new generation of trans-Alpine filmmakers. Competing again with her latest film Happy as Lazzaro (Lazzaro Felice), her writing skills earned her Best Screenplay Award at the 2018 Festival de Cannes.

Author of more than thirty albums of graphic novels and books known throughout the world, Enki Bilal is also a director and painter. Born in Tito’s Yugoslavia, he went to France, studied at the Beaux-Arts school and made his debut in “Pilote” magazine. He published in particular The Black Order Brigade, The Hunting Party then The Nikopol trilogy – The Carnival of Immortals (1980), The Woman Trap (1986), Cold Equator (1992) – and The Beast Trilogy (1998 -2007). He was awarded a prize at the Comics Festival of Angoulême in 1987. Bilal made three feature films: Bunker Palace Hotel (1989), Tykho Moon (1996), and Immortal (2004). Among his recent albums, we find La Trilogie du coup de sang (2009-2014) and he has just released the second volume of his latest album Bug. He is preparing an adaptation as a filmed series for Bug as well.

Sensation of the Festival de Cannes 2017 with his film 120 BPM (Beats per Minute), Robin Campillo is a French filmmaker born in Morocco in 1962. In the eighties at IDHEC he met Laurent Cantet with whom he would go on to co-write and edit a few films, including Time Out in 2001, Heading South in 2005 and The Class, Palme d’or at the Festival de Cannes 2008, which earned him a César Award for Best Adaptation in 2009. He directed They Came Back, his first feature film, in 2004. His second film, Eastern Boys, was screened at the Venice International Film Festival in 2013 where it won the Orizzonti Prize for Best Film. His most recent feature film, 120 BPM, presented in Competition at the Festival de Cannes 2017, won the Grand Prix. The film, hailed by critics and audiences alike, received a number of awards and has been a worldwide success.

Multi awarded Paweł Pawlikowski is a Polish filmmaker, who garnered much acclaim for award-winning documentaries in the 1990s and for his feature films Last Resort (2001) and My Summer of Love (2004) which both won a BAFTA, and many other awards. In 2011, he made a film loosely adapted from Douglas Kennedy‘s novel “The Woman in the Fifth”. In 2015 his masterpiece Ida, won the Academy Award for Foreign Language Film, becoming the first Polish film to do so. His most recent film, Cold War, earned him the Best Director Prize at the Festival de Cannes 2018 and three nominations for Best Director, Best Photography and Best Foreign Language Film at the 91st Academy Awards. It also won five awards at the 2018 European Film Awards including Best Film, Best Director and Best Screenwriter.