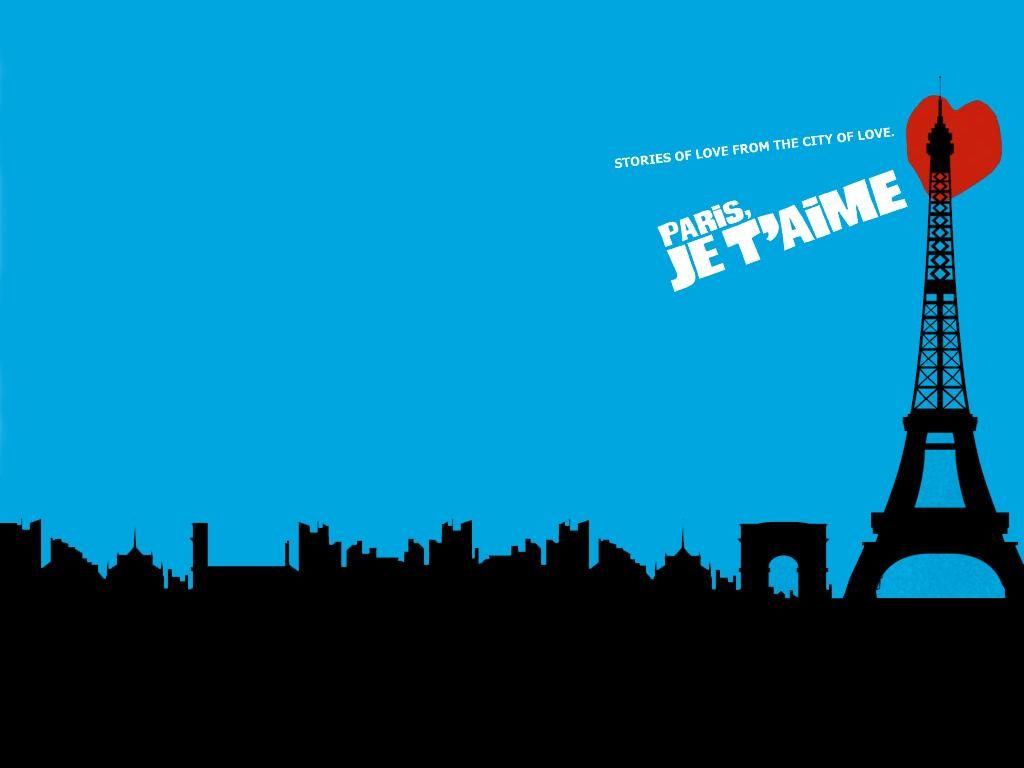 The City of Lights is known as an eternal source of inspiration for many artists. With its grand boulevards and monumental architecture, it was destined to become one of the most filmed cities in the movie history. Our list won’t contain any of the immortal classics filmed in Paris, but what is exceptional about it that we selected films where our favorite city had more than just a supporting role. These movies portray Paris the best, so prepare yourself for a cinematic trip to Champs-Élysées and other breathtaking Parisian sites! 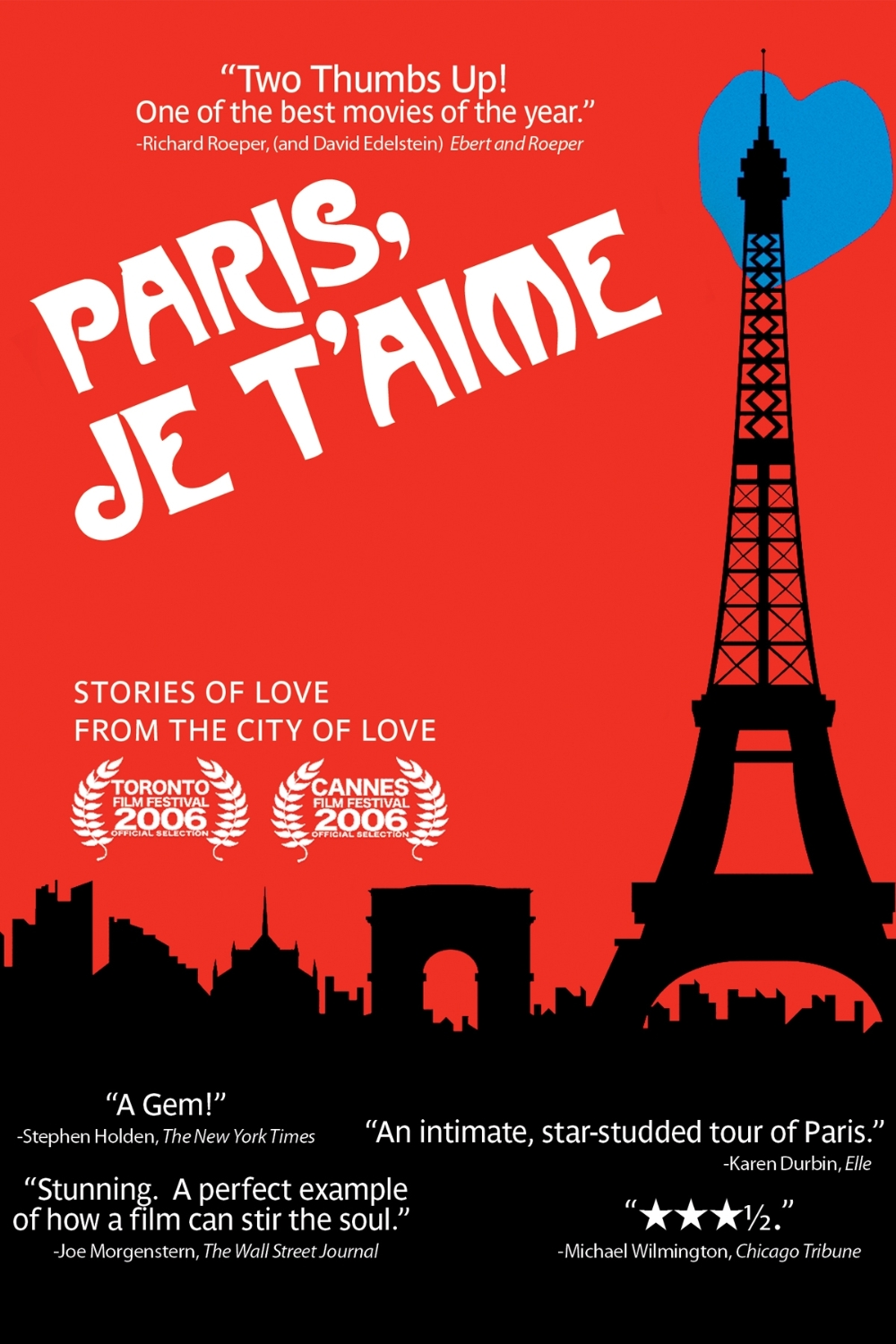 Consider it as a love letter to Paris, written by such luminaries as Coen brothers, Gus Van Sant, Tom Tykwer, Alfonso Cuarón, Wes Craven…just to name a few. A range of short films in this omnibus certainly varies in genres, from the light-hearted comedy, to romance and even horror (and, no, it is not directed by Wes Craven), but what makes it really dear to our hearts is that every single story is dedicated to some beloved part of the City of Lights. Add to that an absolutely amazing cast, from star-studded imports from Hollywood- Natalie Portman, Willem Dafoe, Nick Nolte… to French movie icons-Gérard Depardieu, Fanny Ardant, Juliette Binoche, Gaspard Ulliel… and you have a real treat that just waits to be seen and enjoyed. Special mention: this movie is literally for everyone that fancies Paris, but especially recommended for viewers that tend to visit it once in a while! 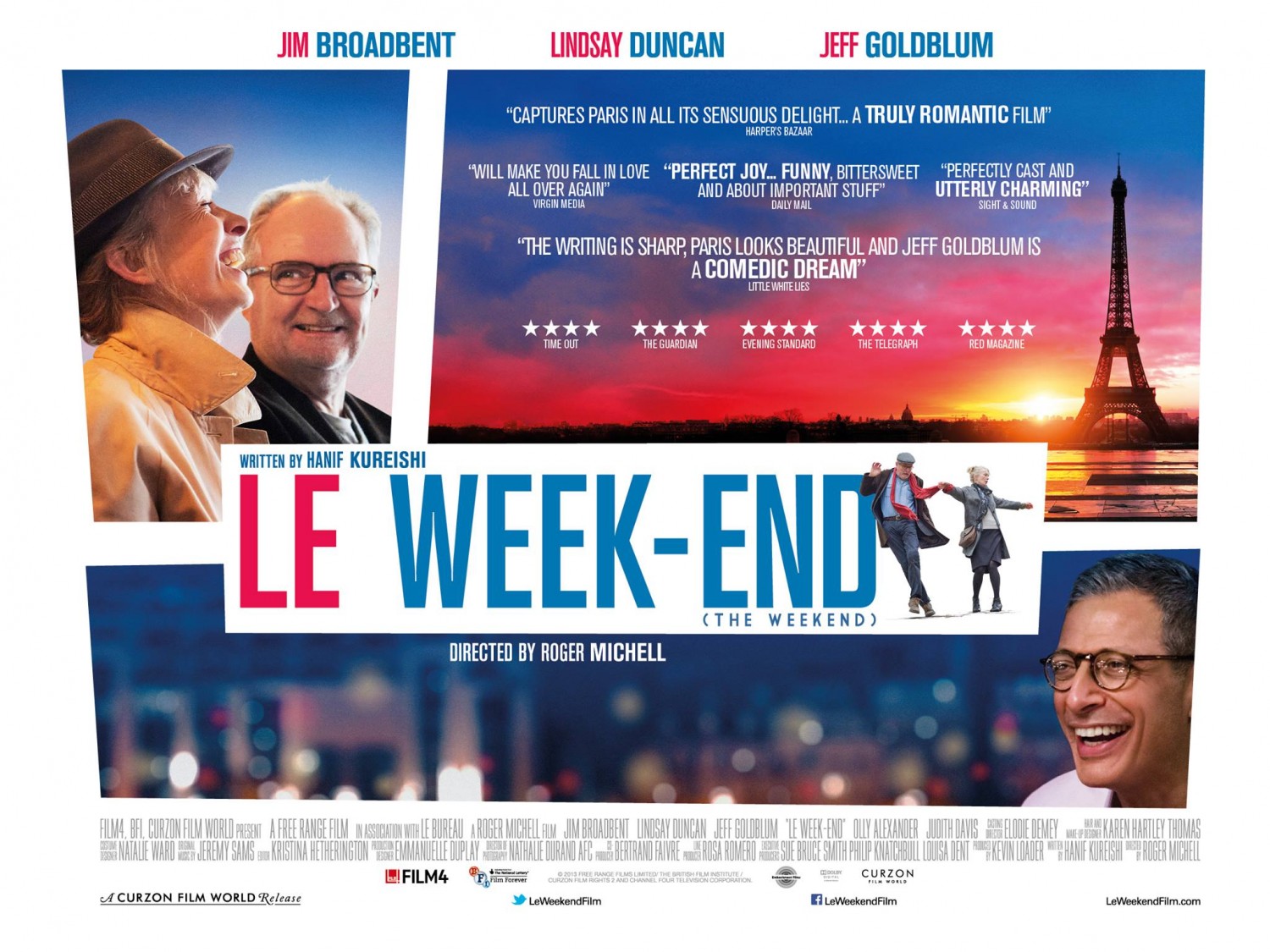 What we have here is a hidden gem of a movie that maybe only fans and admirers of British writer Hanif Kureishi know about. At the surface, the story is a simple one: middle-aged couple spend a weekend in Paris to celebrate their thirtieth anniversary. Everything is ready for the rekindling of the old flames and such… except for this is not that kind of a movie! It is very romantic and charming, but not in the unrealistic, sappy way. No, this is a movie with a real, meaty characters, who have a real problems and doubts. Fantastic British actors are dominating the screen: Oscar winner Jim Broadbent and Lindsey Duncan are simply excellent, with generous help of the intelligent screenplay and legendary Jeff Goldblum in effective supporting role. Special mention: our favorite Parisian hotel, Plaza Athénée, plays a significant part in this movie! 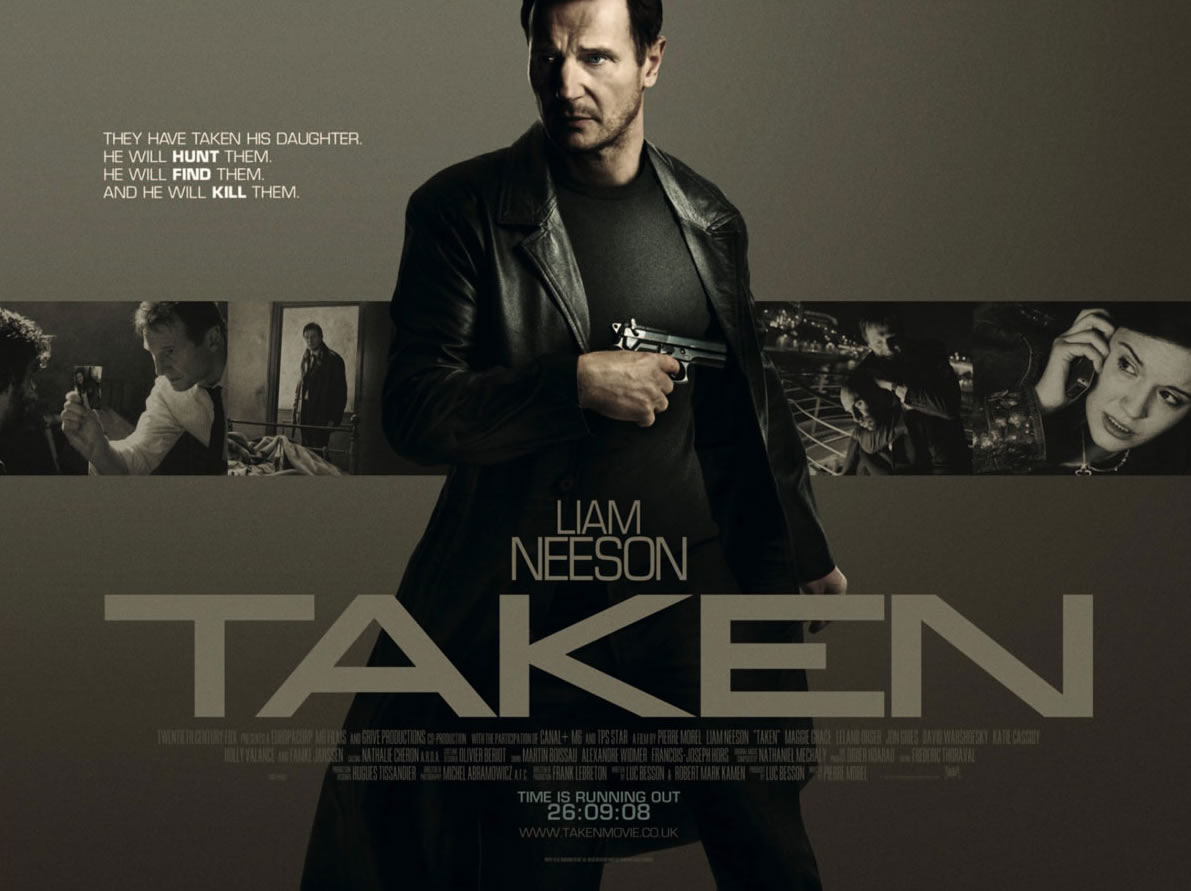 One might ask, of all dramas, romances and comedies – why recommend an action movie, that happens to be a major hit that probably everybody already saw? Well, here’s why – because Taken is maybe the best action thriller of the new millennium and a stepping stone for anybody even slightly interested in masterful storytelling, fast pacing and healthy amount of suspense. Liam Neeson plays the part of “a man with a particular set of skills” that will do whatever it takes to take his daughter back from the human traffickers from the Middle East. Of course, he will do that in Paris, in this case more ominous and dangerous place than we are usually used to see on a silver screen. Written and produced by Luc Besson and directed by Pierre Morel, Taken is a must-see if not for the plot itself, but for its execution. Special mention: car-chase scene near the end of the movie is simply breathtaking, especially its conclusion at the Pont des Arts! 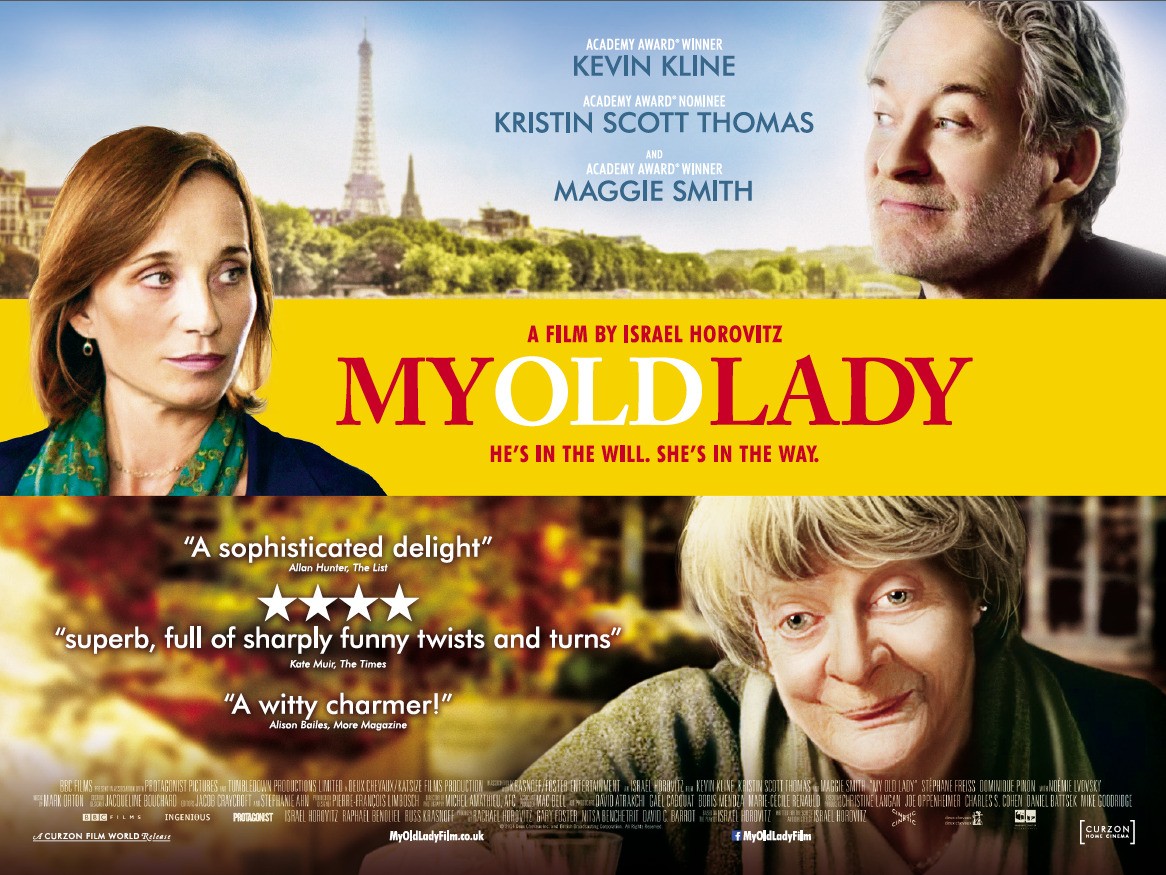 This is one of those movies that could easily pass unnoticed by the majority of the potential audience. Based on a stage play of the famous American playwright Israel Horowitz, who adapted it for a big screen and directed it as well, My Old Lady is not only a showcase of the enormous talent of its amazing cast- Oscar winners Dame Maggie Smith and Kevin Kline, supported by the Oscar nominee Kristin Scott-Thomas and the cult French character actor Dominique Pinon, it is also a quirky yet heartwarming story situated at no other place, but Le Marais itself! Nowhere is this magical quarter depicted more faithfully than in this dramedy, and even if it was just for this – it would be worth watching! Thankfully, it is also a genuinely funny and clever story about a penniless fifty-odd-year-old New Yorker (Kline) that inherits a property of great value– a mansion house in Le Marais quarter. Unsurprisingly, he travels to Paris to sell it, only to discover that the house has a legally-protected tenant (Smith) that not only is here to stay, but to whom he is obligated to pay a lifelong pension. Troubles will ensue and family secrets will be revealed. 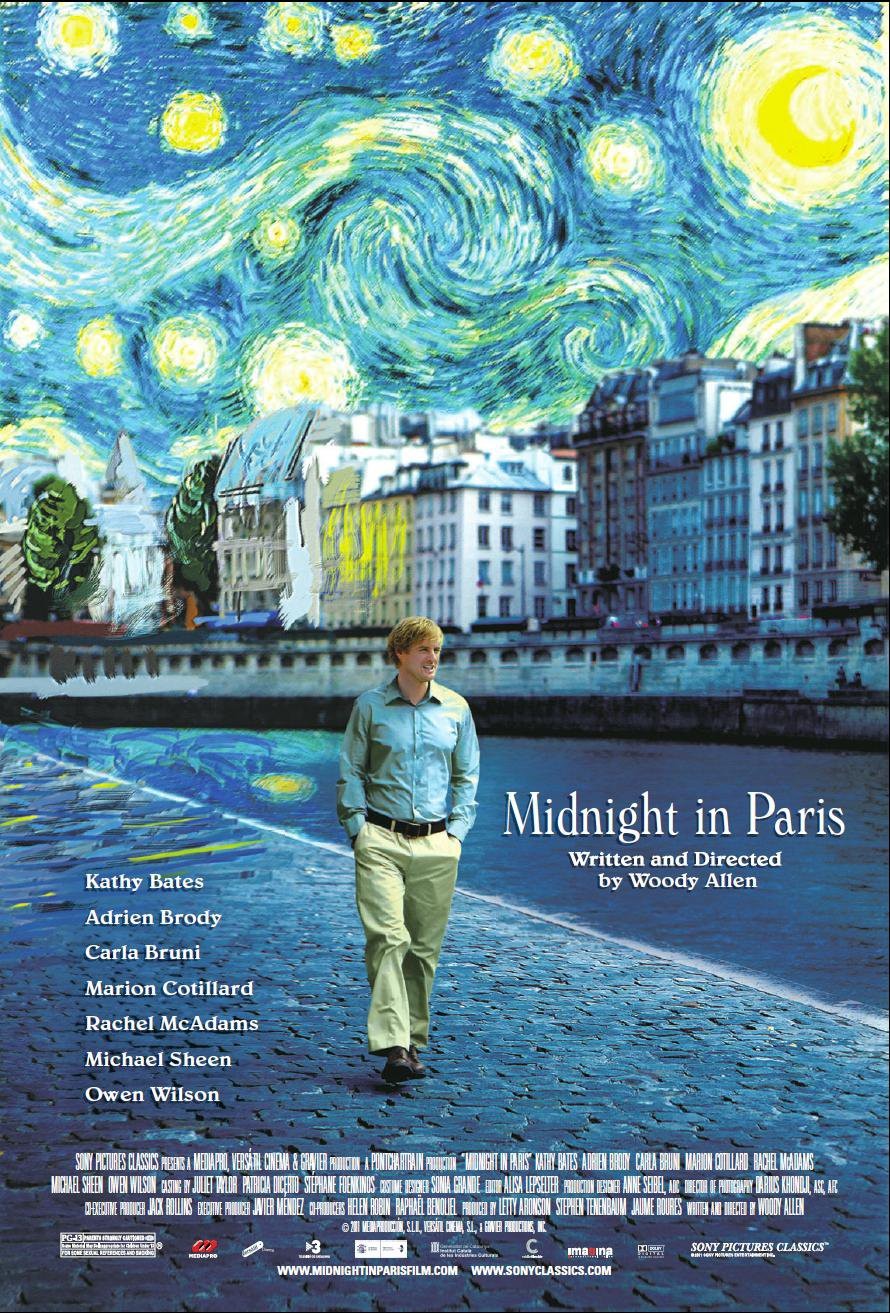 Woody Allen’s last true masterpiece, a film that proved that he is still able to deliver what no one else can. Oscar for best original screenplay Allen’s, of course, wonderful cast- Owen Wilson, Adrien Brody, Rachel McAdams… and Paris, Paris, Paris! Among all of the mentioned movies, this is the one that contains the ultimate admiration and unconditional love not only for the city as it is, but to all that Paris was and will be in the future. Woody Allen, enchanted by the magic of the City of Lights, created a film that is deeply personal, yet intentionally jovial and very funny: while on a trip to Paris with his fiancée’s family, a nostalgic screenwriter (Wilson) finds himself mysteriously going back to the 1920s every day at midnight. And during his time-traveling escapades, he meets all the important artists of the era that were attracted to Paris then, just like Woody Allen is now. If you find yourself indifferent for the lights of the Eiffel Tower and all the masterpieces scattered through many Parisian museums, than this is the movie that exits for one purpose only – to change exactly that! Special mention: look for the important sites in this film, Arc de Triomphe, Cathedral de Notre Dame, Café du Trocadéro, Hotel du Louvre, Hotel Le Bristol, Place Vendôme, Pont Neuf…

Honorary mention (and French one as well): Intouchables 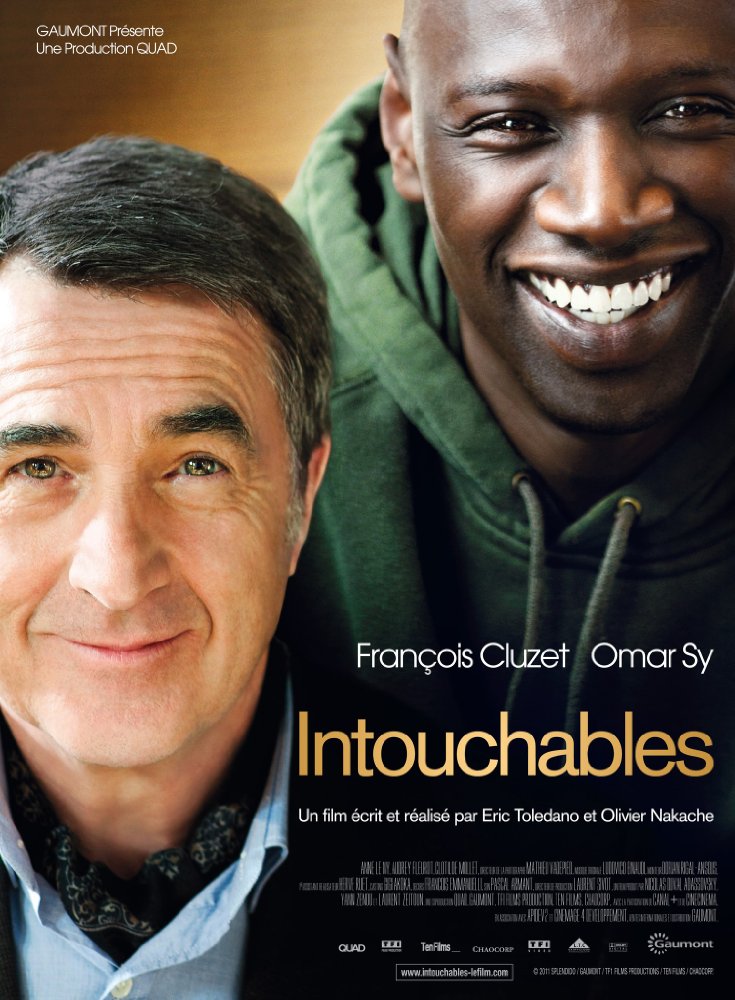 The most successful film in the history of French cinema and one of the genuinely most crowd-pleasing movie experiences of all-time, Intouchables is worth mentioning not only because its story is set in Paris, but because it is one of the best films of the last decade. All necessary ingredients for an overly sentimental story were there: a middle-age disabled rich man hires a help from Parisian suburbs, a “rough around the edges” street thug with a heart of gold. So, how it is possible not to ruin something that is, on paper, destined to become just another uninspired tearjerker? The answer is simple – when literally everything is put in a right place, from the intelligent script with witty dialogues, to the inspired cast (Omar Sy is stealing the show, this was his ticket to the international stardom) and wonderful direction, how can it be a miss? Special mention: pay attention when the two protagonists have a drink at the most iconic Parisian brasserie Les Deux Magots.