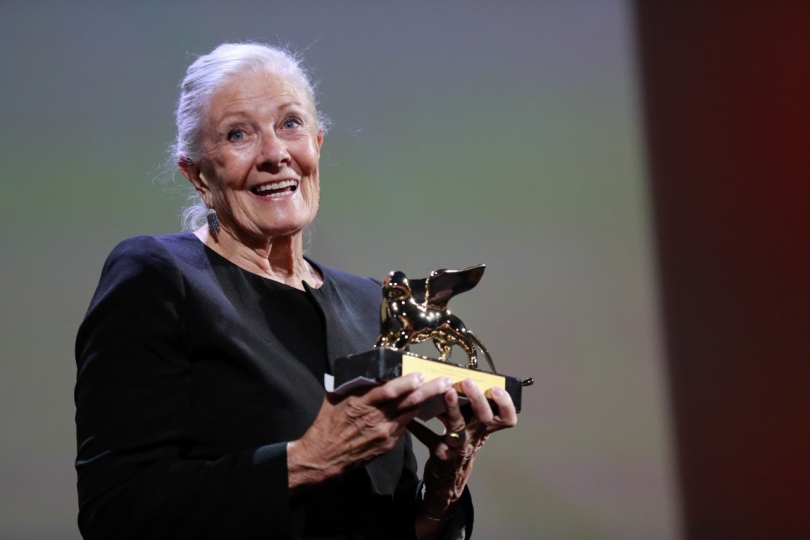 Vanessa Redgrave declared: “I am astonished and especially delighted to hear that I will be awarded by the Venice Film Festival for a life’s work in film. Last summer I was filming in Venice in The Aspern Papers. Many many years ago I filmed La vacanza in the marshes of the Veneto. My character spoke every word in the Venetian dialect. I bet I am the only non-Italian actress to act an entire role in Venetian dialect! Thank you a million times, dear Festival!”.

Alberto Barbera declared: “Unanimously considered one of today’s best actresses, Redgrave’s sensitive, infinitely faceted performances ideally render complex and often controversial characters. Gifted with a natural elegance, innate seductive power, and extraordinary talent, she can nonchalantly pass from European art house cinema to lavish Hollywood productions, from the stage to TV sets, each time offering top-quality results. In the sixty years of her professional activity, her performances have displayed authoritativeness and total control over the roles she plays, a boundless and highly sophisticated generosity, and a healthy dose of the courage and fighting spirit which are a hallmark of her compassionate, artistic nature”.

The acknowledgement to Vanessa Redgrave was presented on Wednesday 29 August during the Opening Ceremony.