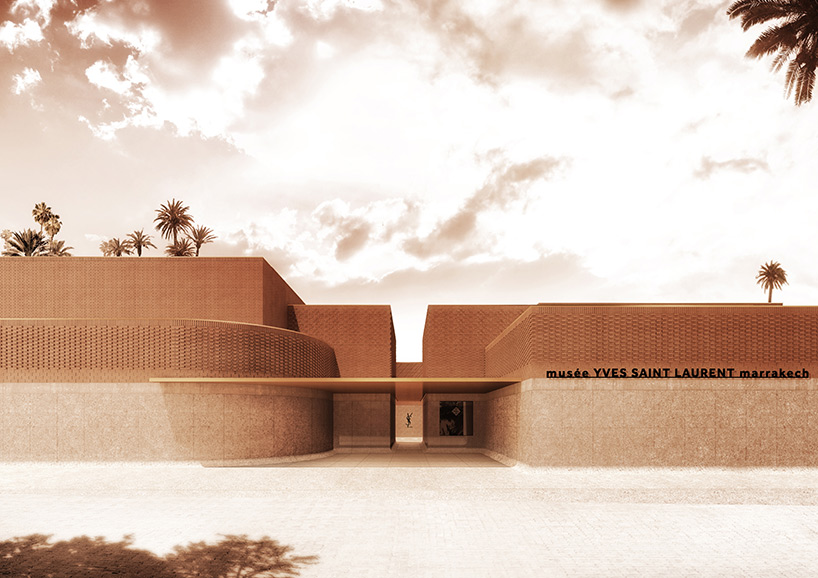 Two museums entirely dedicated to French designer Yves Saint Laurent’s work and life to open in Paris and Marrakech in autumn 2017. Fondation Pierre Bergé – Yves Saint Laurent ensures, first and foremost, the conservation of the designer’s 40 years of creativity (1962 – 2002). Its collection comprises five thousand haute couture garments and fifteen thousand accessories, as well as thousands of sketches, collection boards, photographs, and objects. To this day, this collection has no equivalent in the international haute couture milieu. A real pioneer, Yves Saint Laurent is the only designer of his generation who decided to systematically archive his work since the creation of his couture house in 1961. From original sketches to prototypes, warehouse records to retailing books, the collection is unique in scope, scale and range. 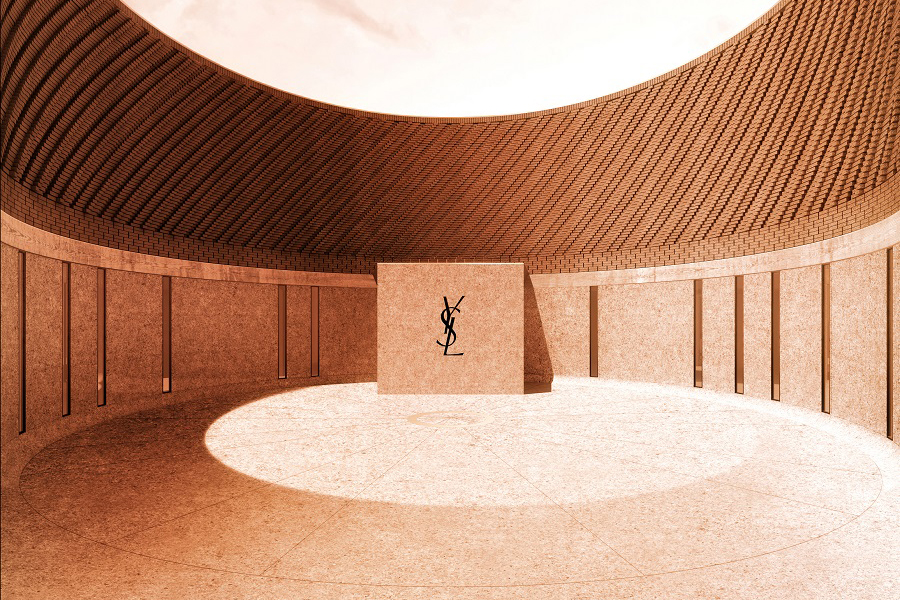 The Parisian museum will be hosted in the historical couture house, 5 avenue Marceau, where Yves Saint Laurent designed and created his work for almost 30 years, from 1974 to 2002; and home to the Fondation Pierre Bergé – Yves Saint Laurent since 2004. The public will explore the richness of this heritage through a constantly updated display of the collection. By walking through the former haute couture salons and Yves Saint Laurent’s studio, visitors will experience the essence of the creation process within the haute couture house. Stage designer Nathalie Crinière and interior designer Jacques Grange, who both collaborated on numerous of the Fondation’s past projects, will rethink the exhibition space, an area to be doubled in size and refurbished in the style of the designer’s original couture house. Before closing its doors to the public in April 2016, in order to convert the existing site into the future museum, the Fondation Pierre Bergé – Yves Saint Laurent will have organized more than 20 art, design and fashion exhibitions in 12 years, including Yves Saint Laurent, Dialogue avec l’art, 2004; Vanité. Mort, que me veux-tu ?, 2010; David Hockney : Fleurs fraîches, 2010; Du côté de chez Jacques – Emile Blanche, 2012; Hedi Slimane, Sonic, 2014; Yves Saint Laurent 1971, La collection du scandale, 2015; Jacques Doucet – Yves Saint Laurent, Vivre pour l’art, 2015. 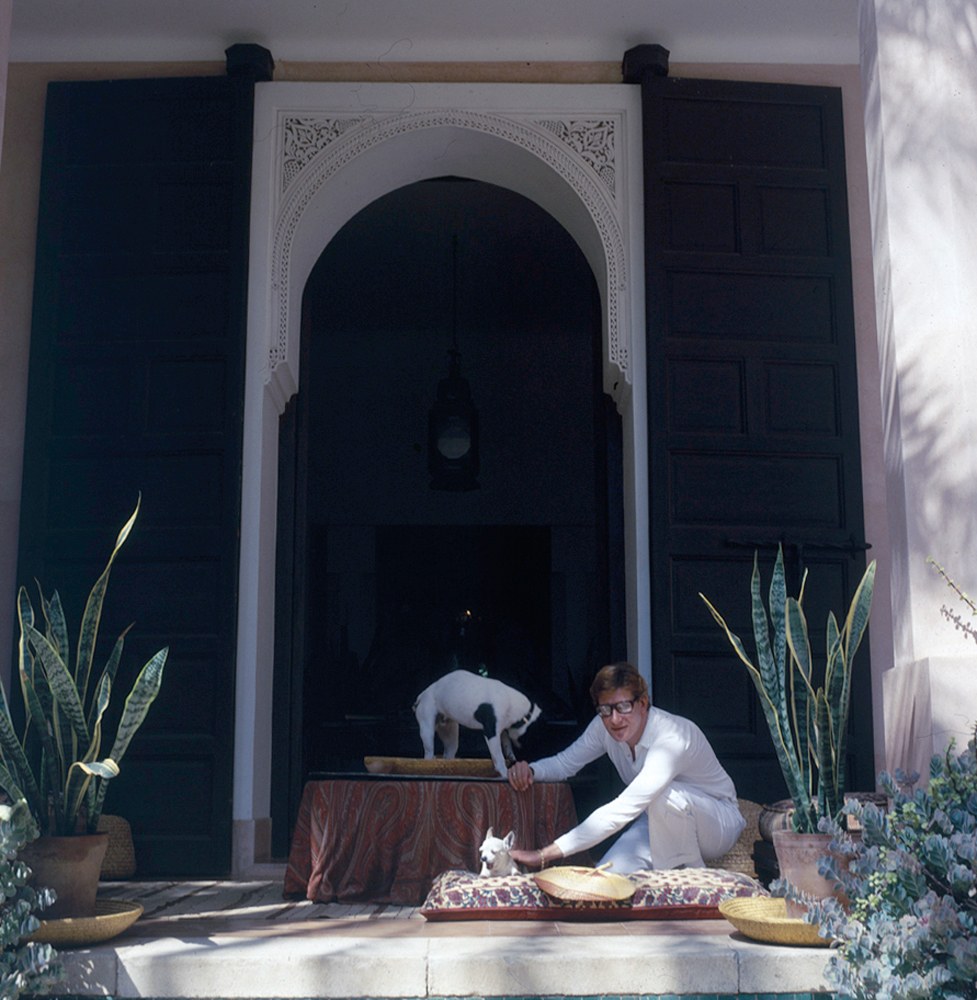 The opening in Paris will coincide with one in Marrakech, a city Yves Saint Laurent discovered in 1966 and then visited regularly. Since Morocco remained essential to his inspiration and work, it feels natural to build a museum there to host the collection of the Fondation. It will be located on Rue Yves Saint Laurent near Jardin Majorelle, a garden he and Pierre Bergé saved from development in 1980 and that has now become, with its museum dedicated to Berber culture, a major cultural site in Marrakech with almost 700,000 visitors every year. French architectural practice Studio KO, who have designed numerous building projects in Morocco, Europe and the US, will lead the conception of this project. Spanning over 4,000 square meters, this building will be more than a simple museum: it will comprise a permanent display of Yves Saint Laurent’s work staged by Christophe Martin, a space for temporary exhibitions, an auditorium, a research library and a café & restaurant.

These two museums not only intend to attract fashion and art lovers, but also aim to appeal to a large audience interested in discovering Yves Saint Laurent’s work, the oeuvre of a major artist of the twentieth century. Pierre Bergé, President of Fondation Pierre Bergé – Yves Saint Laurent, says: ‘When Yves Saint Laurent discovered Marrakech in 1966, he was so moved by the place that he decided to buy a house and regularly go back there. It feels perfectly natural, fifty years later, to build a museum dedicated to his oeuvre, which was so inspired by this country. As for Paris, who needs to specify that it is where Yves Saint Laurent created all his work and built his career?’

La Sultana Oualidia is a relaxing journey to make the most of Moroccan natural landscape and local craftsmen art with authentic architecture. This is the perfect time to take you through Oualidia’s native environment...

La Sultana, the little gem of a hotel in Marrakech, has unveiled its new “Style Package” to celebrate the opening of the Yves Saint Laurent Museum. The museum, which is devoted to the creations and philosophy of the style...